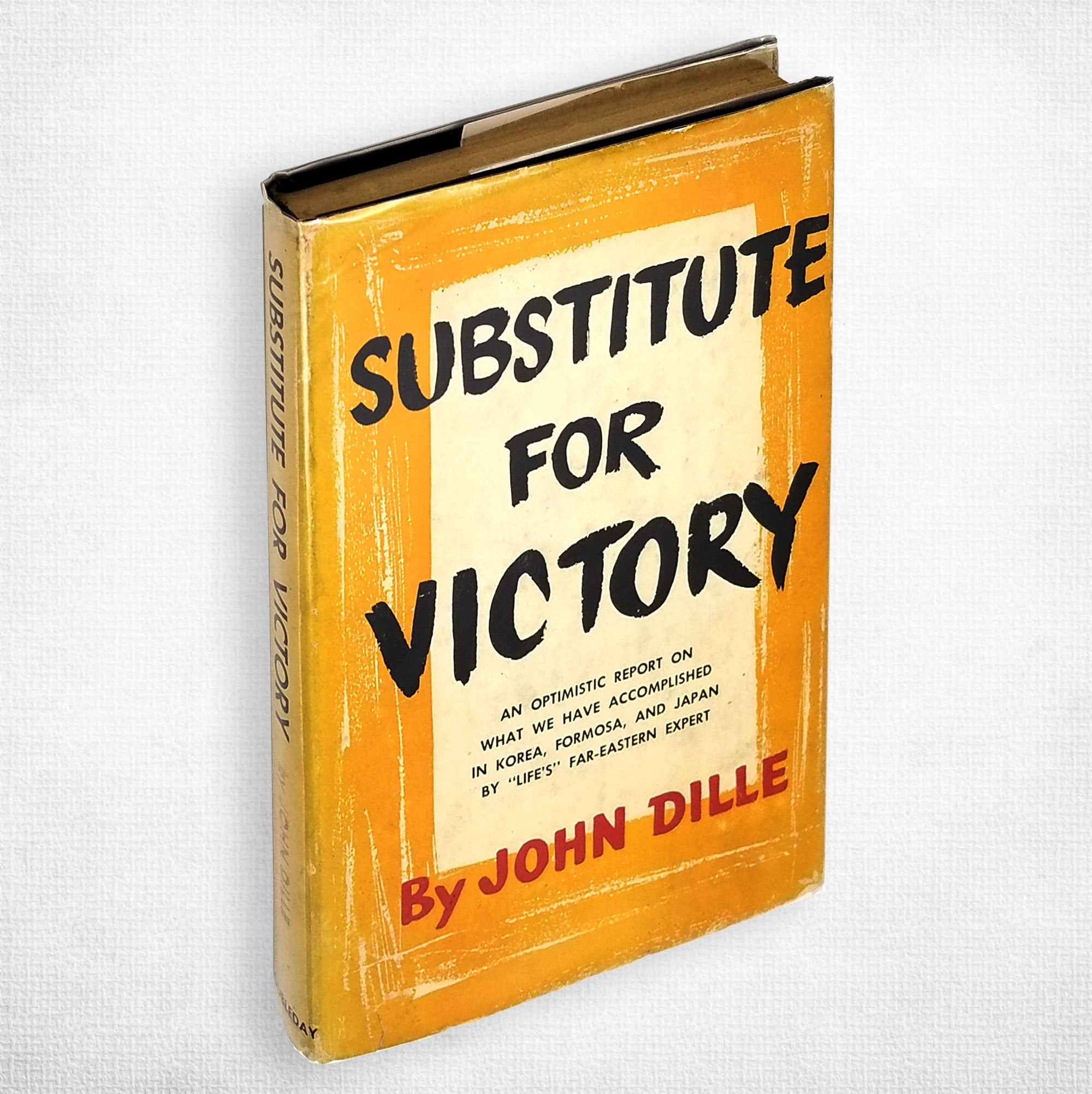 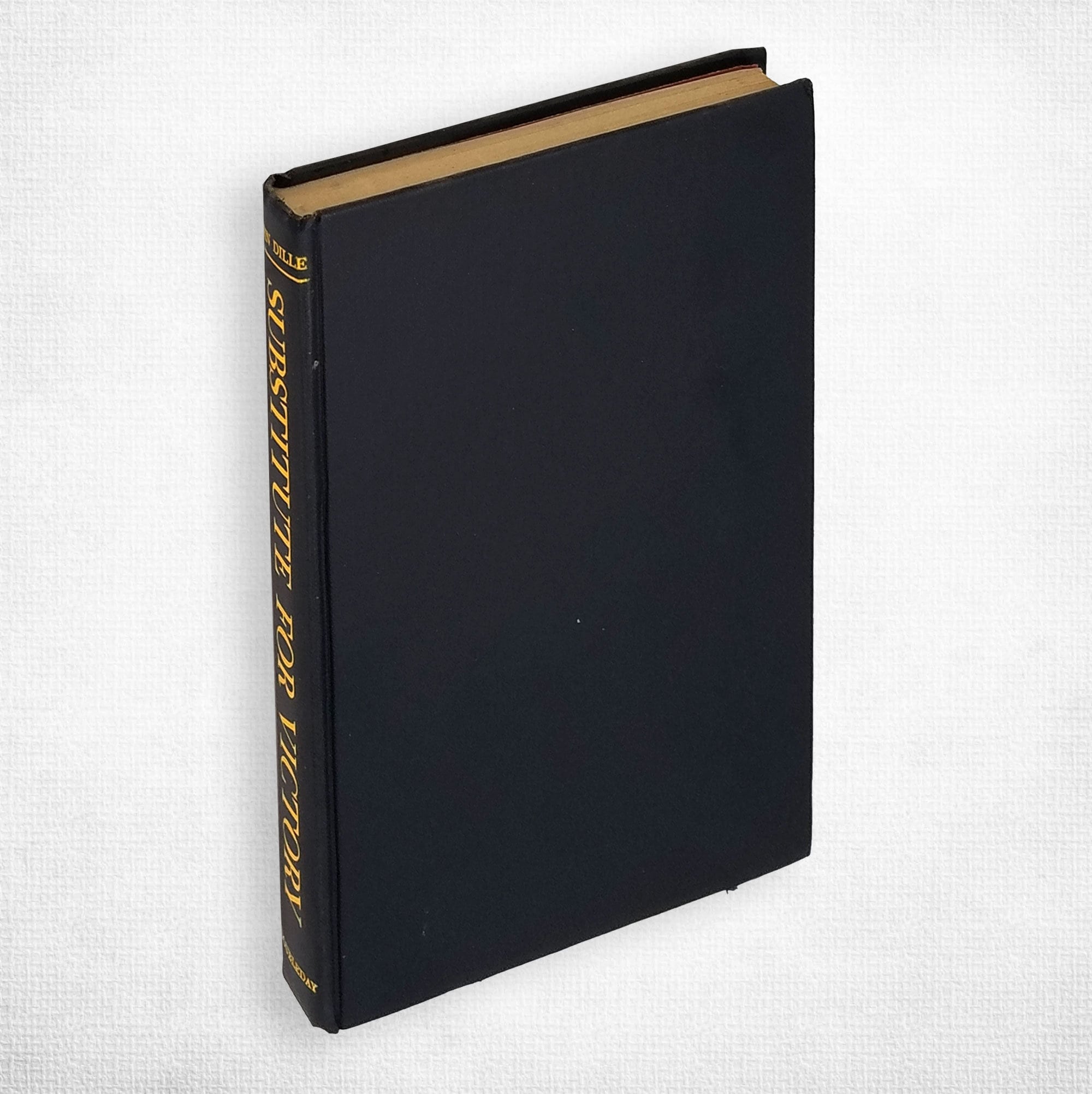 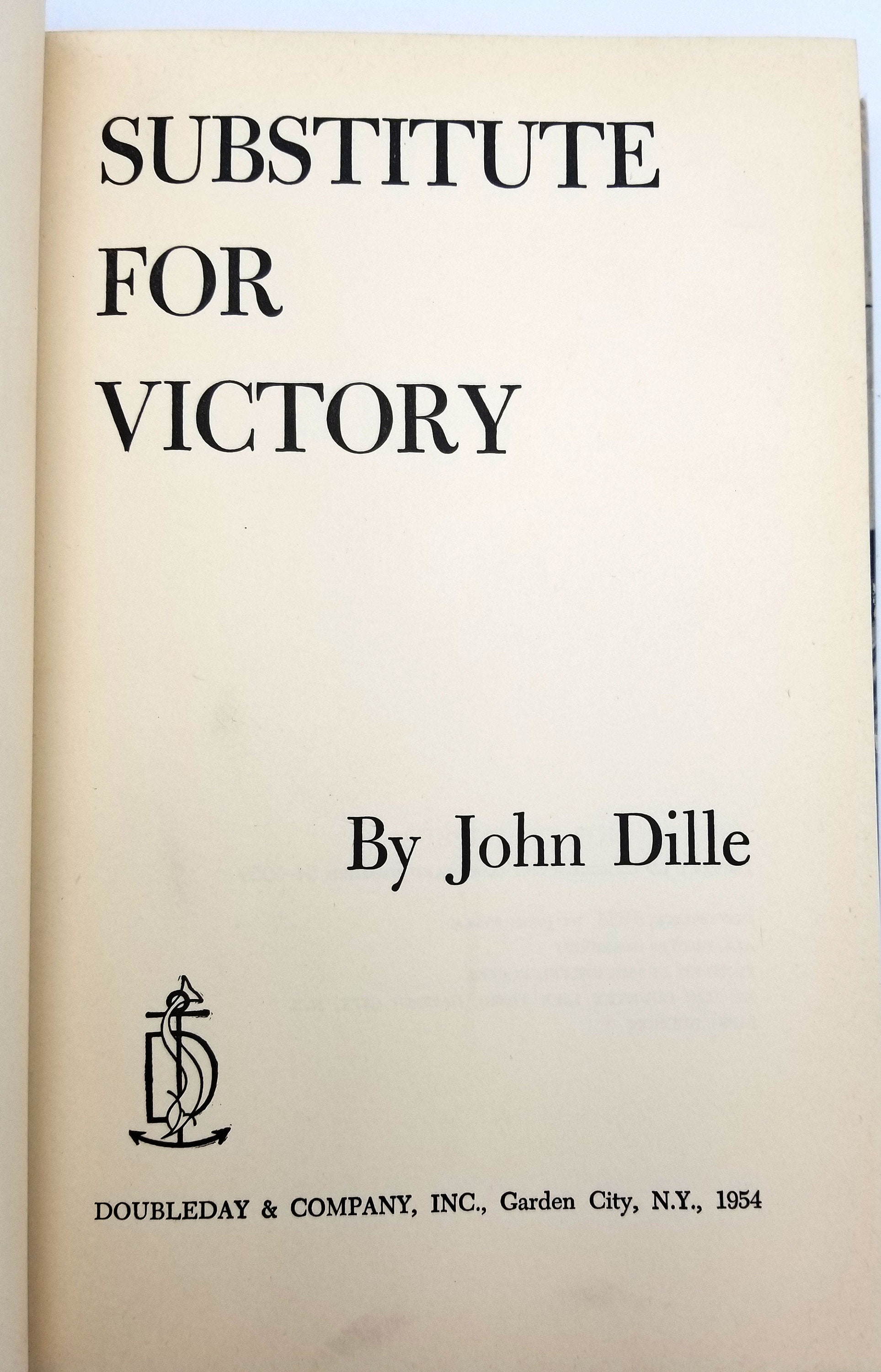 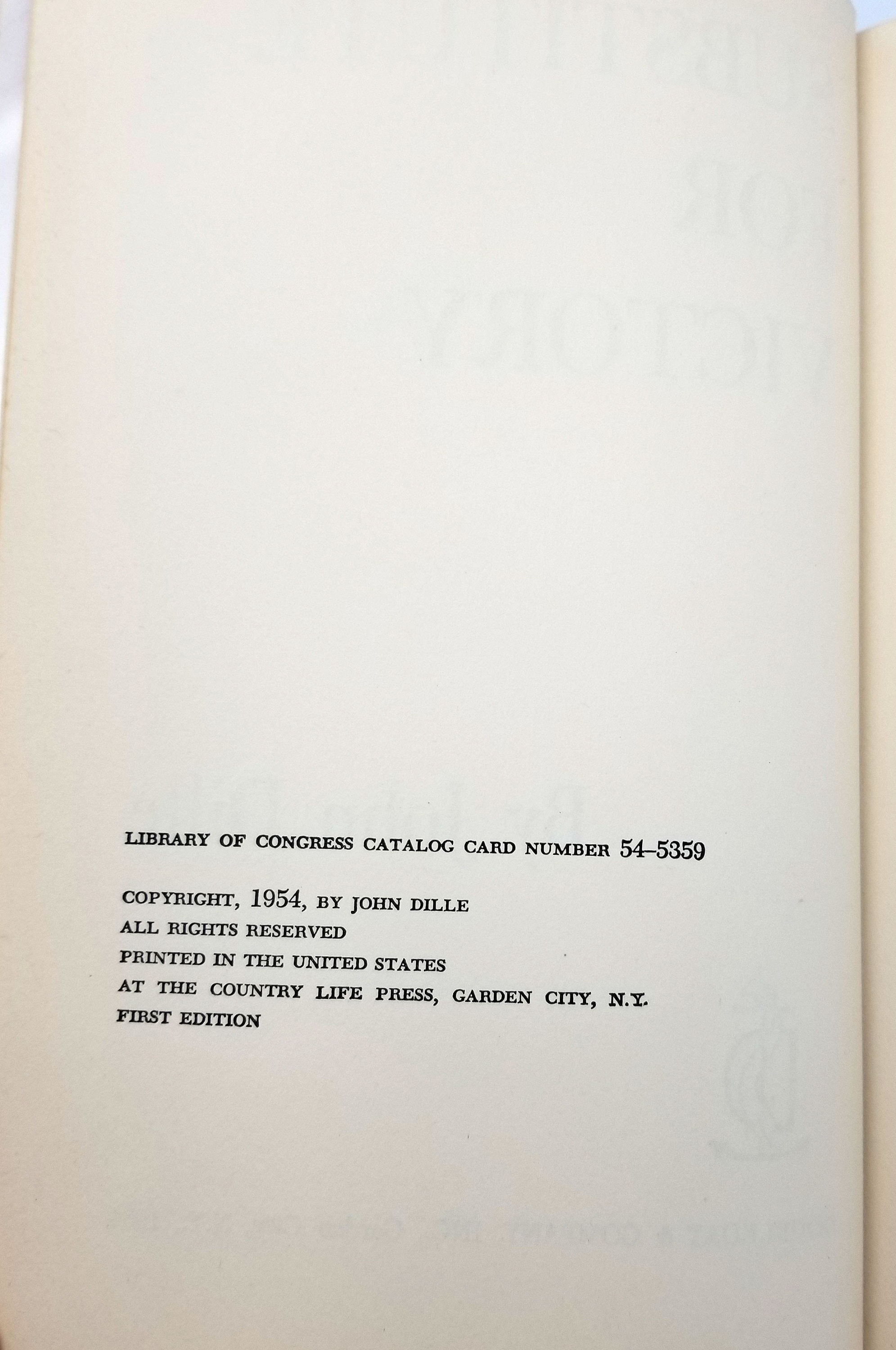 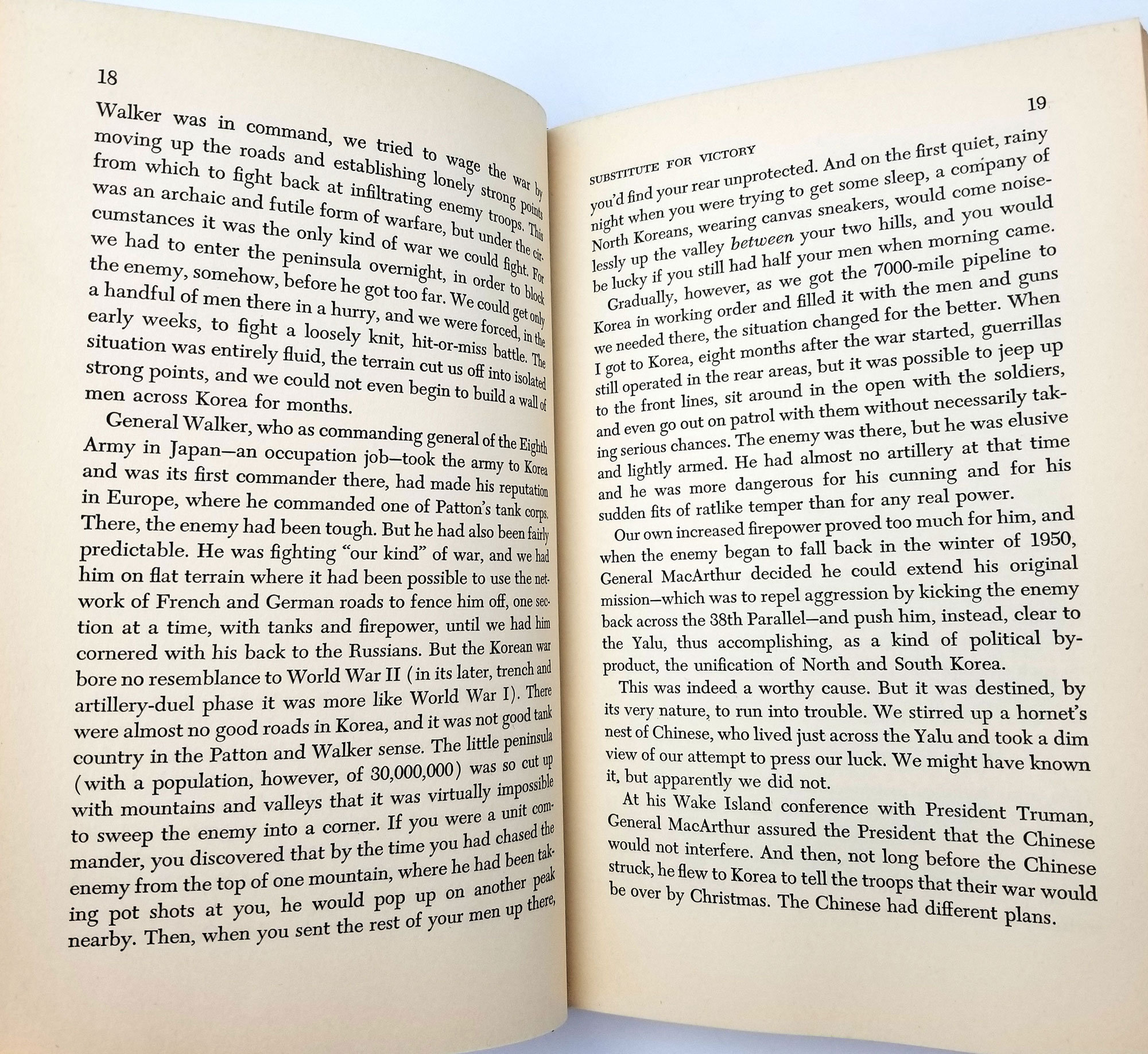 Described on the dust jacket cover as "an optimistic report on what we have accomplished in Korea, Formosa, and Japan." This was written in the months immediately following the July 1953 signing of the Korean Armistice. "An eloquent rebuttal to the famous statement made by General MacArthur in justifying his extension of the war beyond its original police-action concept, 'There is no substitute for victory.' In John Dille's opinion, the truce at Panmunjom, far from being a stalemate, is an extremely effective and practicable substitute for victory." He examines, one by one, the various alternatives to the truce and assesses the various record of multiple American generals (he is critical of MacArthur). He also reports on the Korean people, the Korean culture, and their relationship with GIs, and concludes with a discussion regarding the situation in Formosa (Taiwan) and Japan.

The author lived in Korea and served as a foreign correspondent and Far Eastern expert for Life magazine for two and a half years.