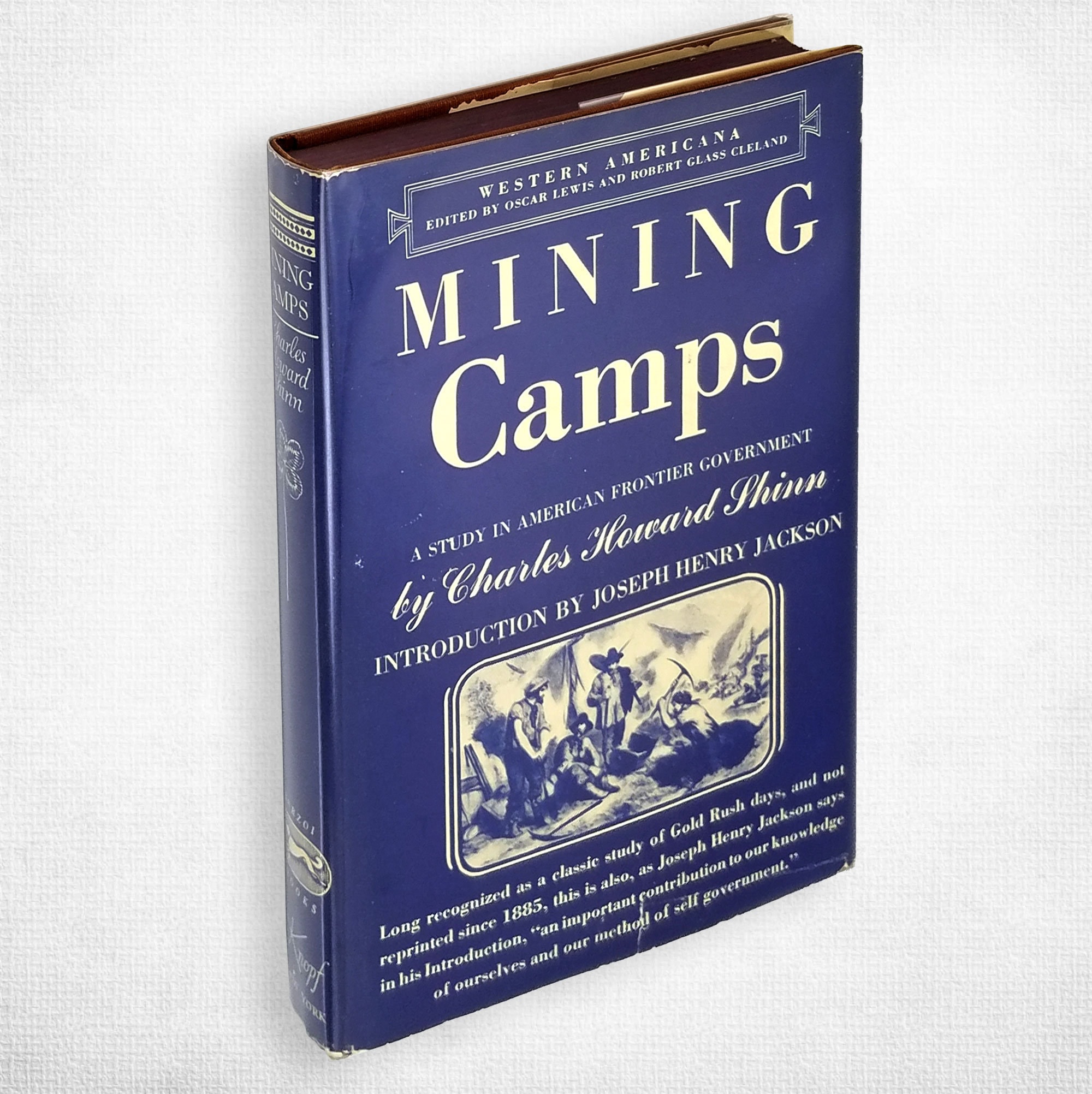 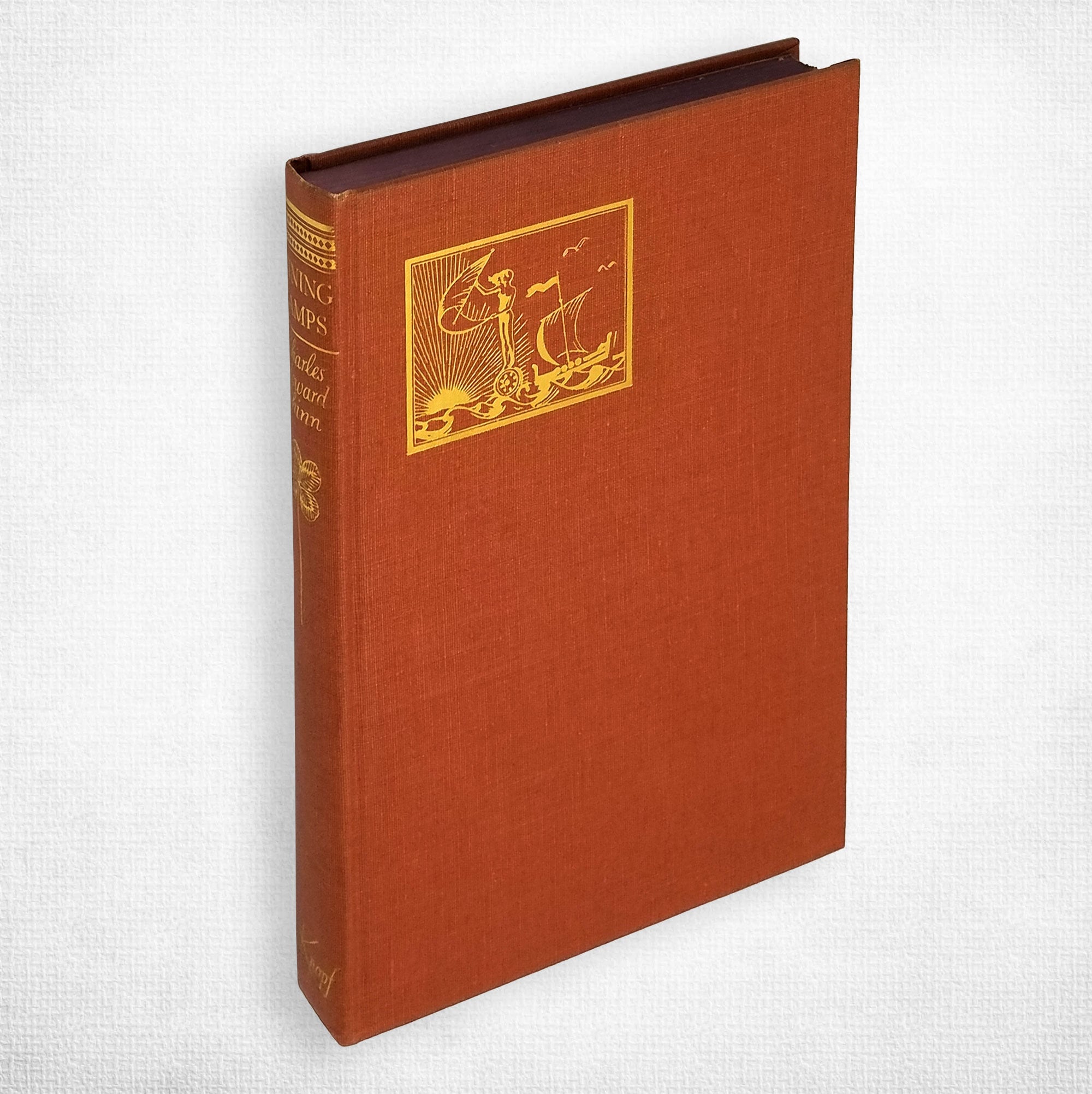 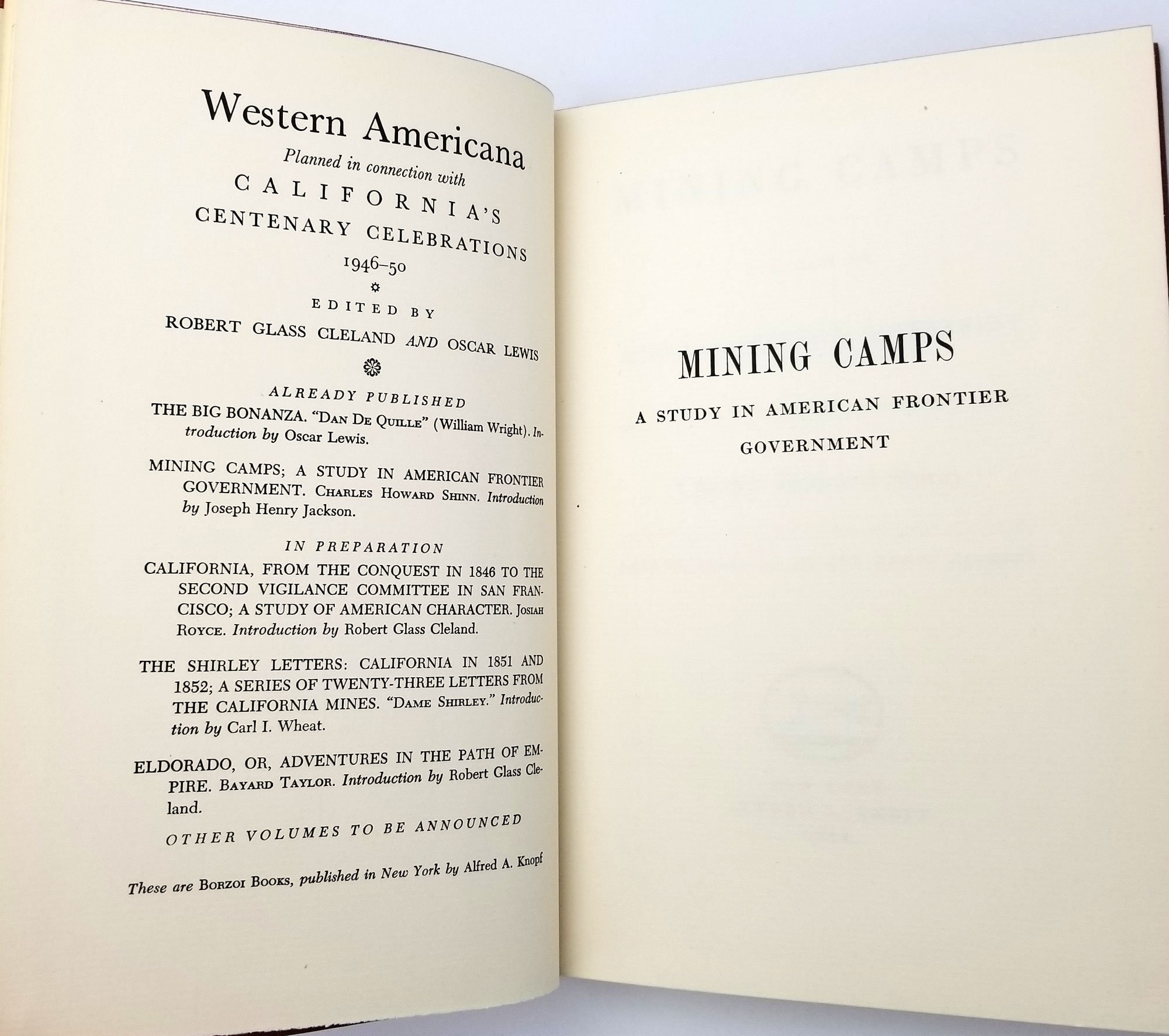 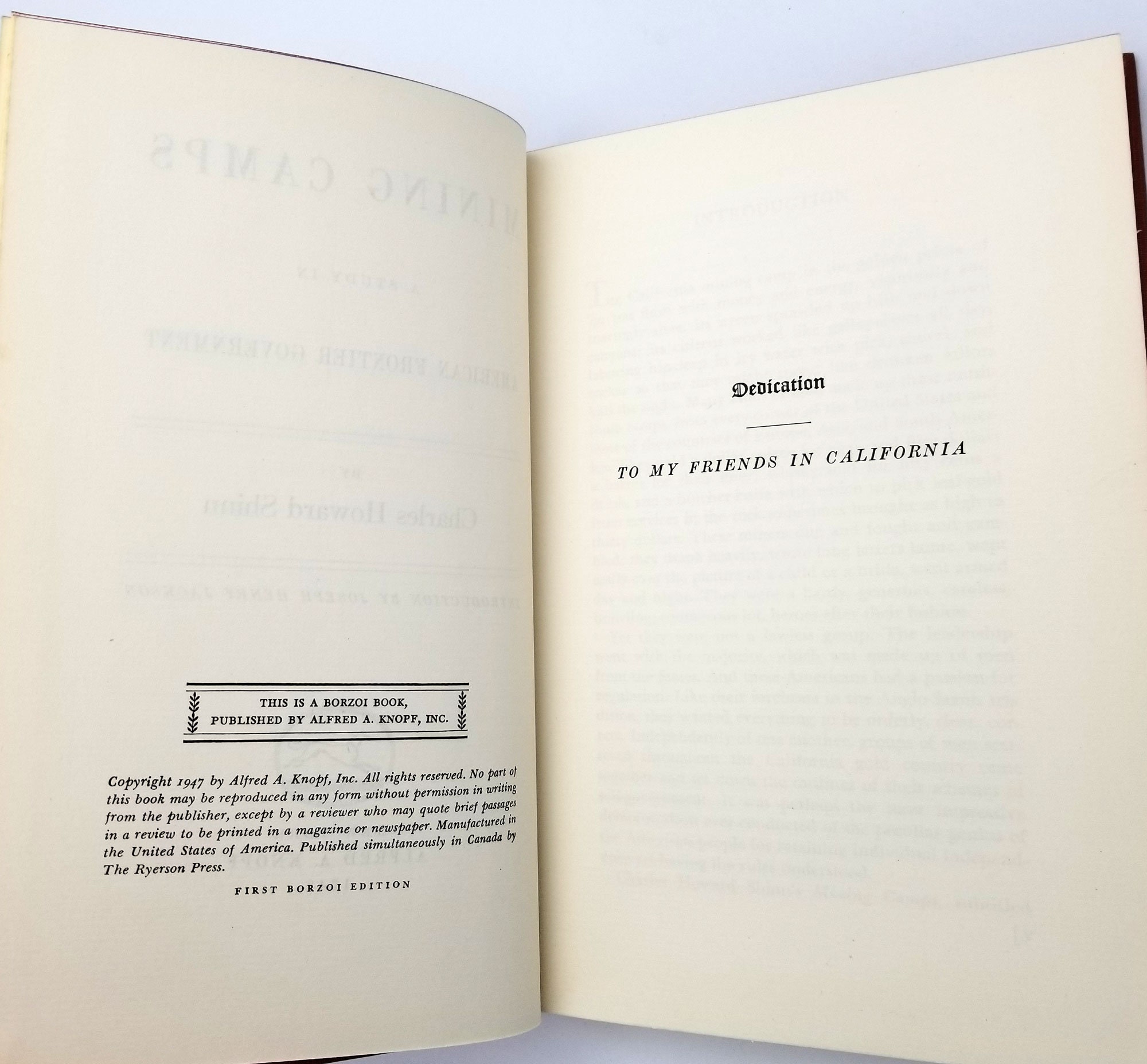 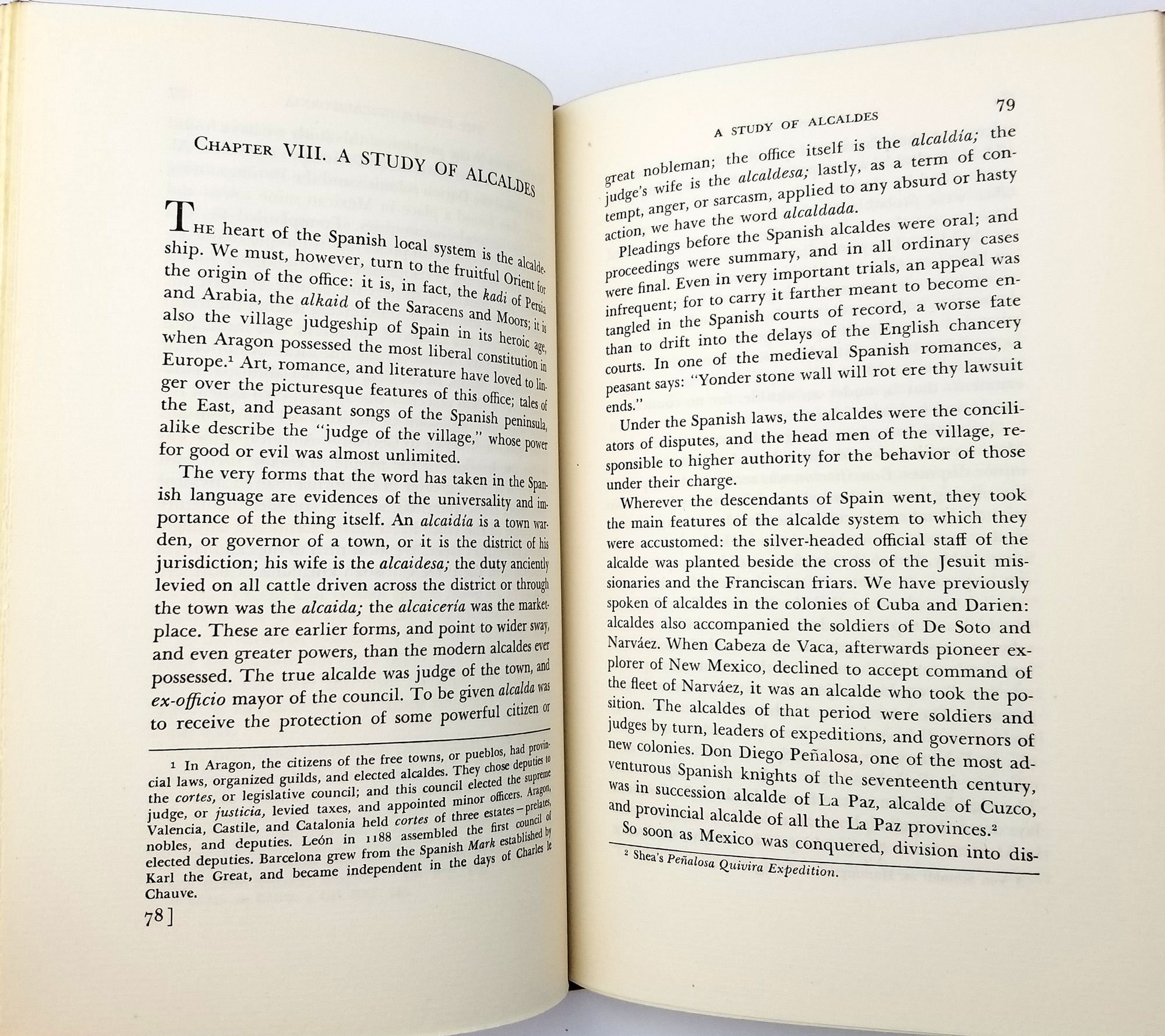 An original Knopf post card is laid in with notice of their Western Americana series, of which Mining Camps is the second volume issued.

Originally published in 1885 and considered a classic text in Gold Rush and local government studies. Contents: Scope of the Present Investigation; Ancient and Medieval Mining Systems; Customs of Cornwall; Early Mining in the United States; The Spanish--American System of Government-Mining Laws of Mexico; The Missions of the Pacific Coast; Spanish Town Government--The Pueblo in California; A Study of Alcaldes; California Camps-The Days of '48; The Earliest Mining Courts, and Their Influence on State Life; The Golden Prime of '49; Evidence Concerning Law and Order in the Camps; Illustrations from Early and Successful Camp Organizations; Forms of District Government; How an Alcalde was Once Deposed; The Miner's Justice of the Peace; Organization of Town Government by the Miners; The Difficulties with Foreigners in Various Camps; The Famous Scotch Bar Decision; Sporadic Organizations-Cases of Mob Law; Local Land Laws and Legislation from 1848 to 1884; The Early Relationship of Miners and Agricultural Interests; Decisions of California and Other Courts Representing Local Laws and Customs; The Extension and Permanent Influence of Mining Camp Law; Effects, Social and Intellectual, upon Western Development.