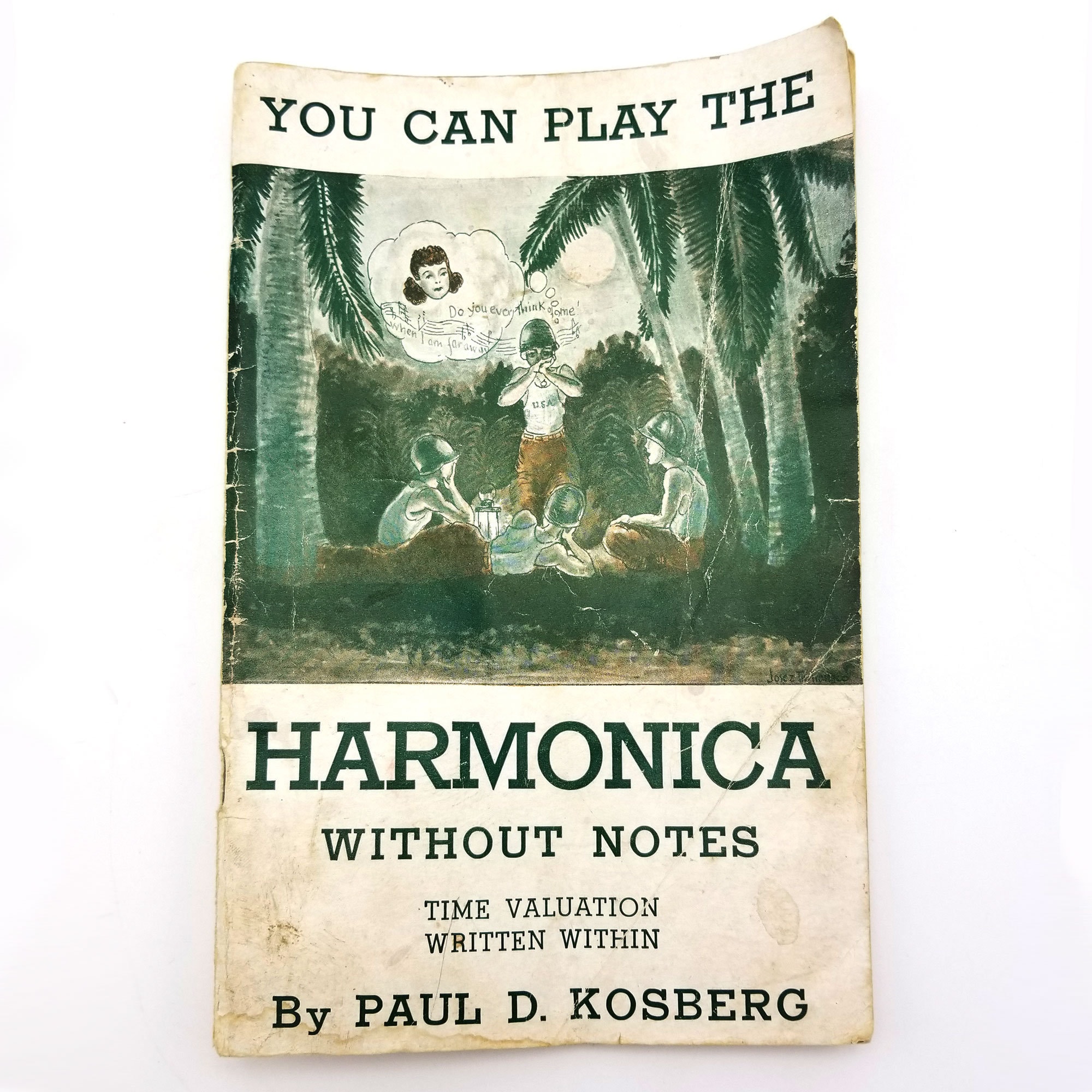 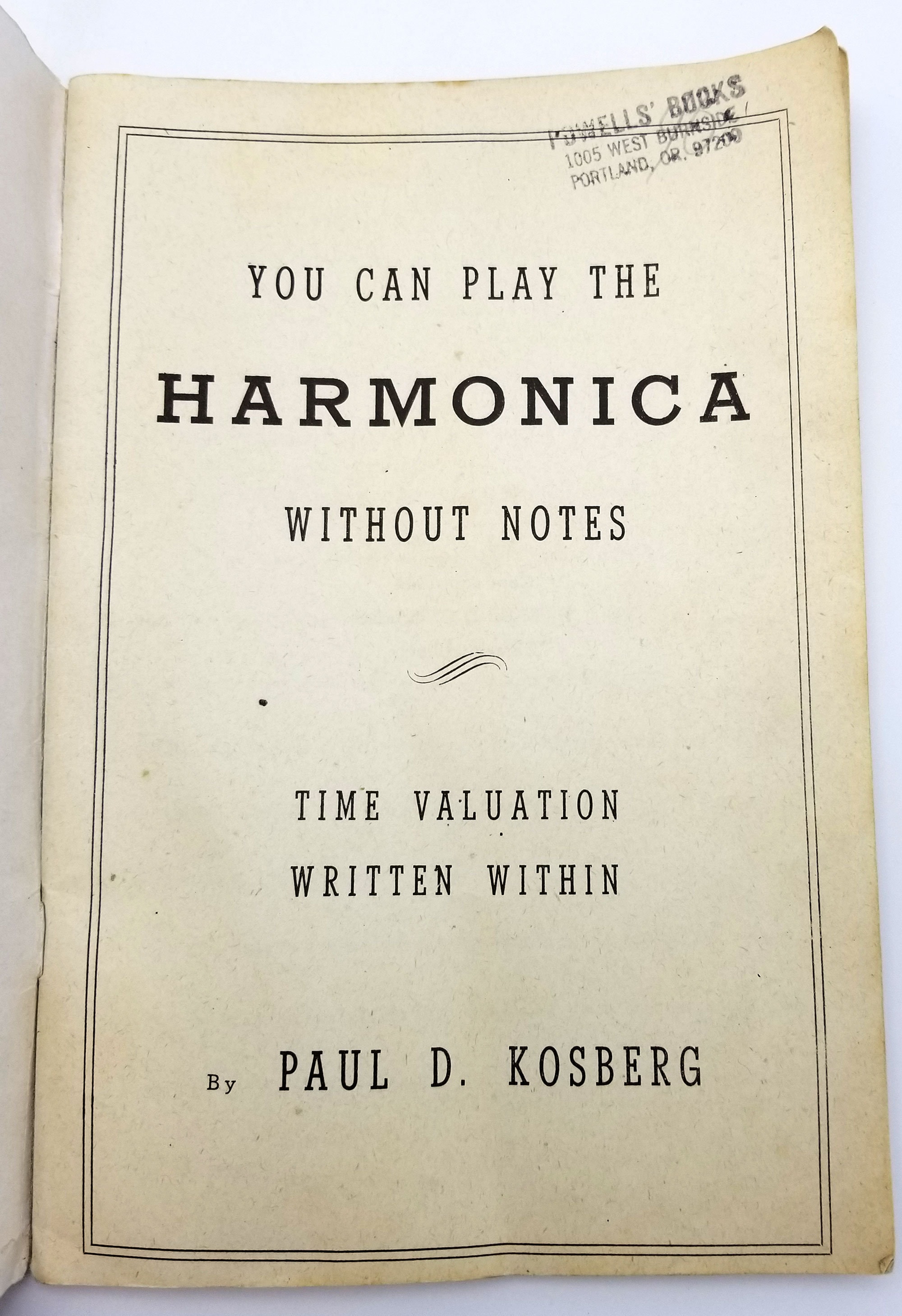 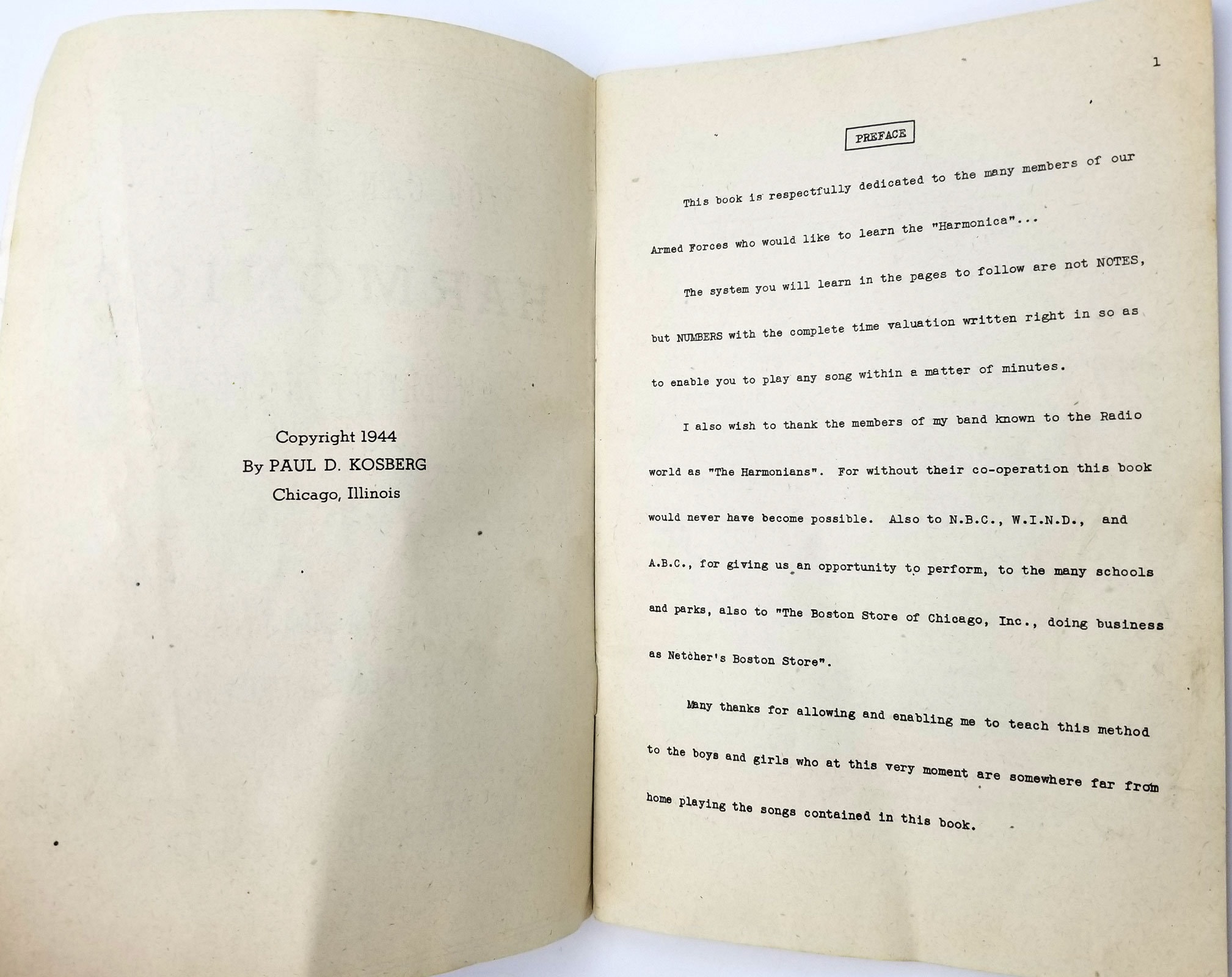 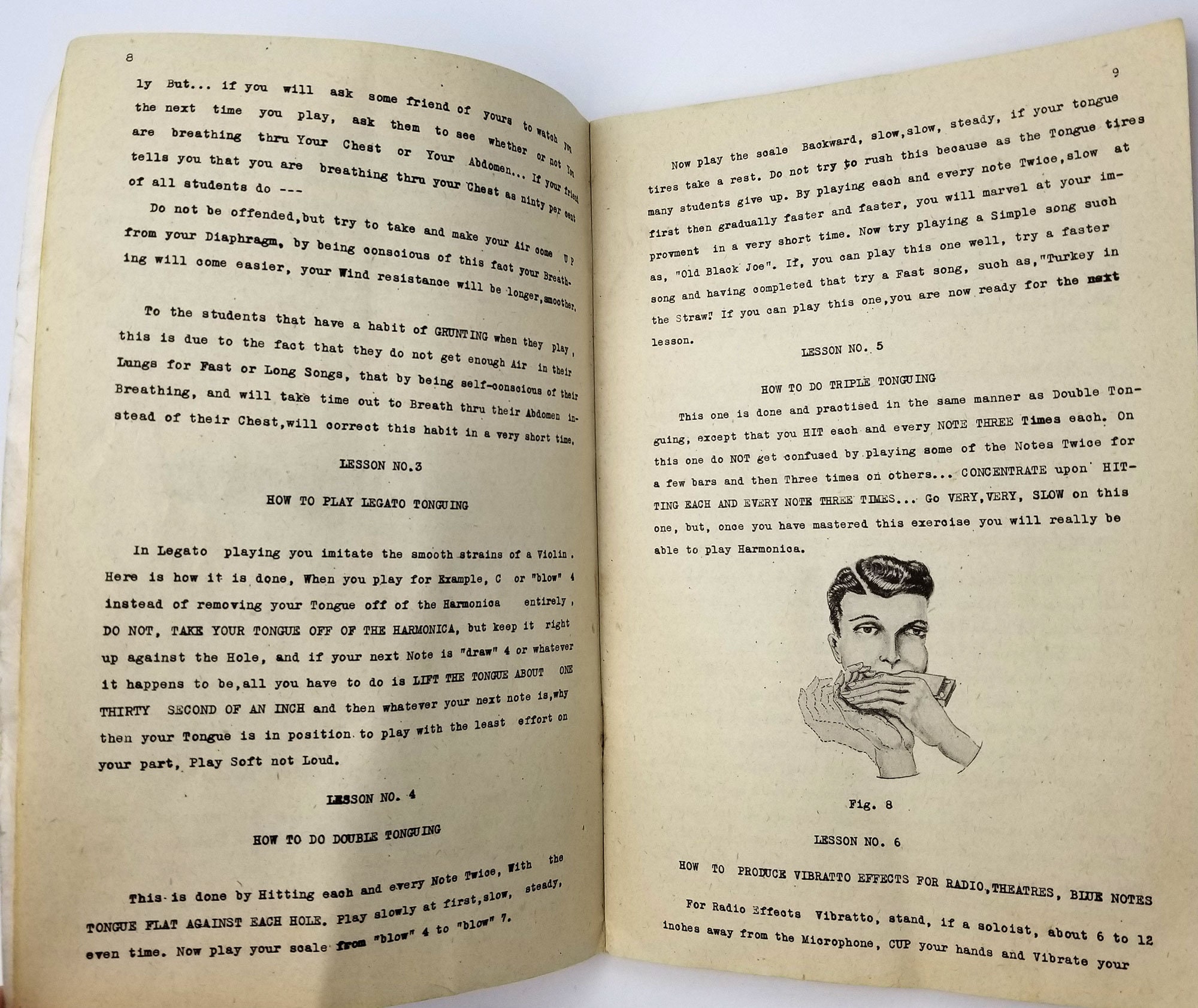 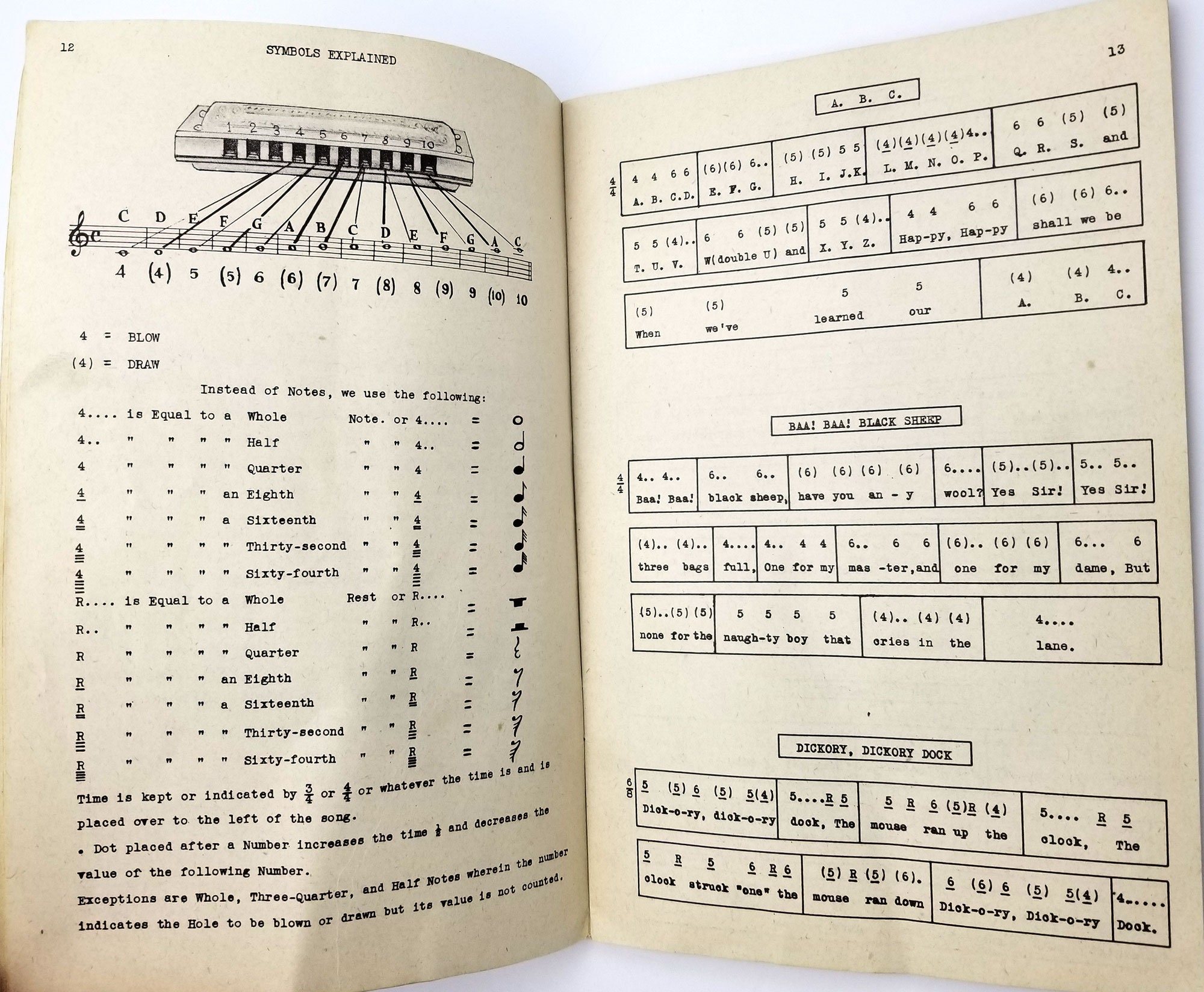 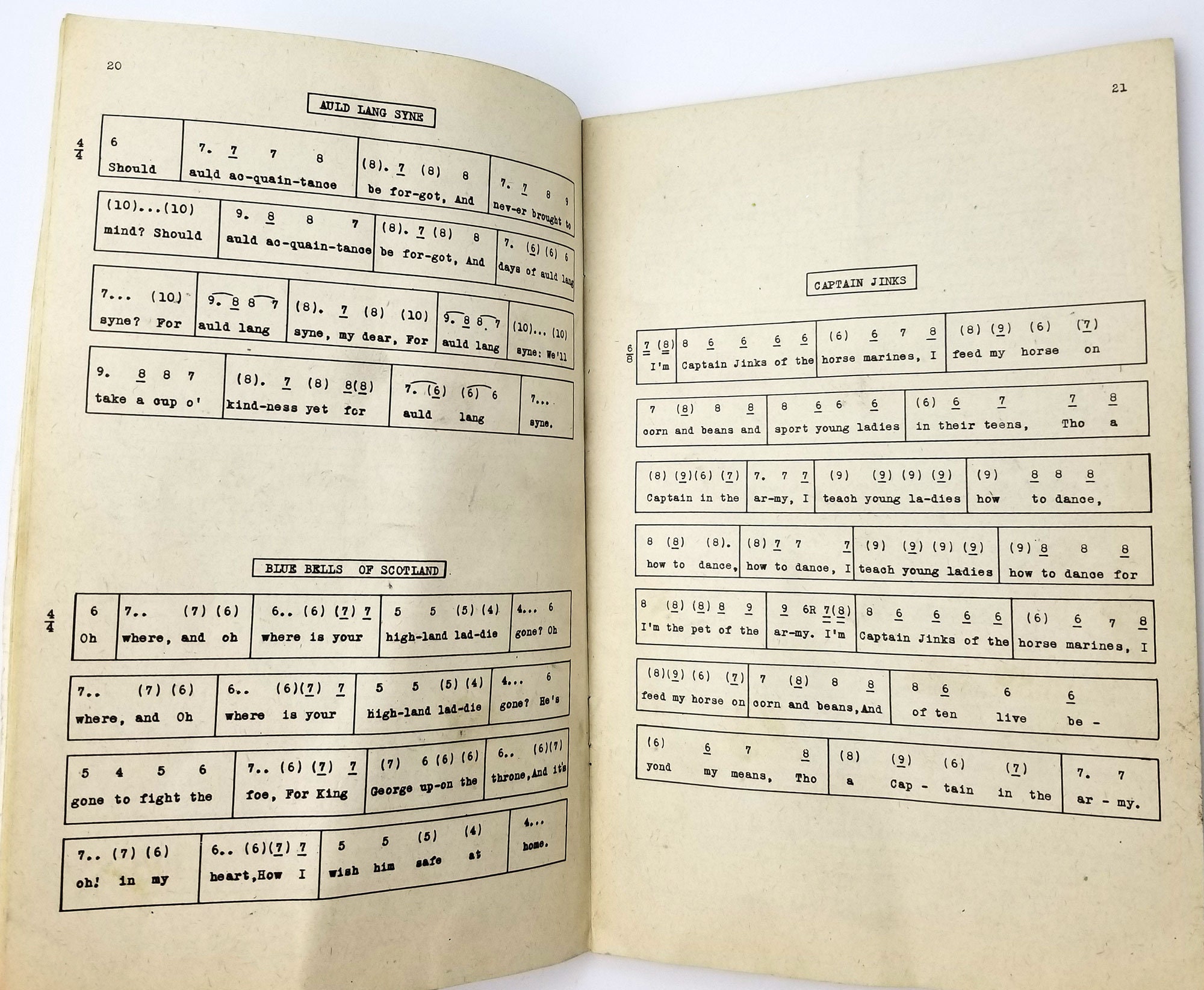 Title: You Can Play the Harmonica Without Notes

Published during World War II, this was dedicated by Kosberg "to the many members of our Armed Forces who would like to learn the harmonica." The cover features an illustration of four American soldiers in a Pacific island scene, with one playing the harmonica and thinking of his girl back home. The back cover features an advertisement for another book by Kosberg called "Harmonica Magic." Time valuation written within and all songs are written for Key of "C." Teaches the following lessons: 1) How to play any song by numbers 2) How to breathe properly up through your abdomen 3) How to play Legato Tonguing 4) How to do Double Tonguing 5) How to do Triple Tonguing 6) How to produce Vibrato Effects for radio, theatres and Blue Notes 7) How to control Rhythm of your tongue for either solo or band playing 8) How to produce Cornet Effects 9) How to produce Trills and 10) How to play Staccato Tonguing. Includes 75 songs, including children's songs ("London Bridge," Twinkle, Twinkle Little Star," etc.), happy songs ("Oh, Susannah," Turkey in the Straw," etc.), and famous songs ("Hail Columbia," "Old Folks at Home," etc.).

Paul David Kosberg (1910-1994) was born in Minsk, Russia, moved to the United States in 1911, and grew up and lived in Chicago for many years. He taught harmonica and performed with his band "The Harmonians." He was heard around the world on ABC and NBC radio broadcasts as well as on Chicago's radio station W.I.N.D.