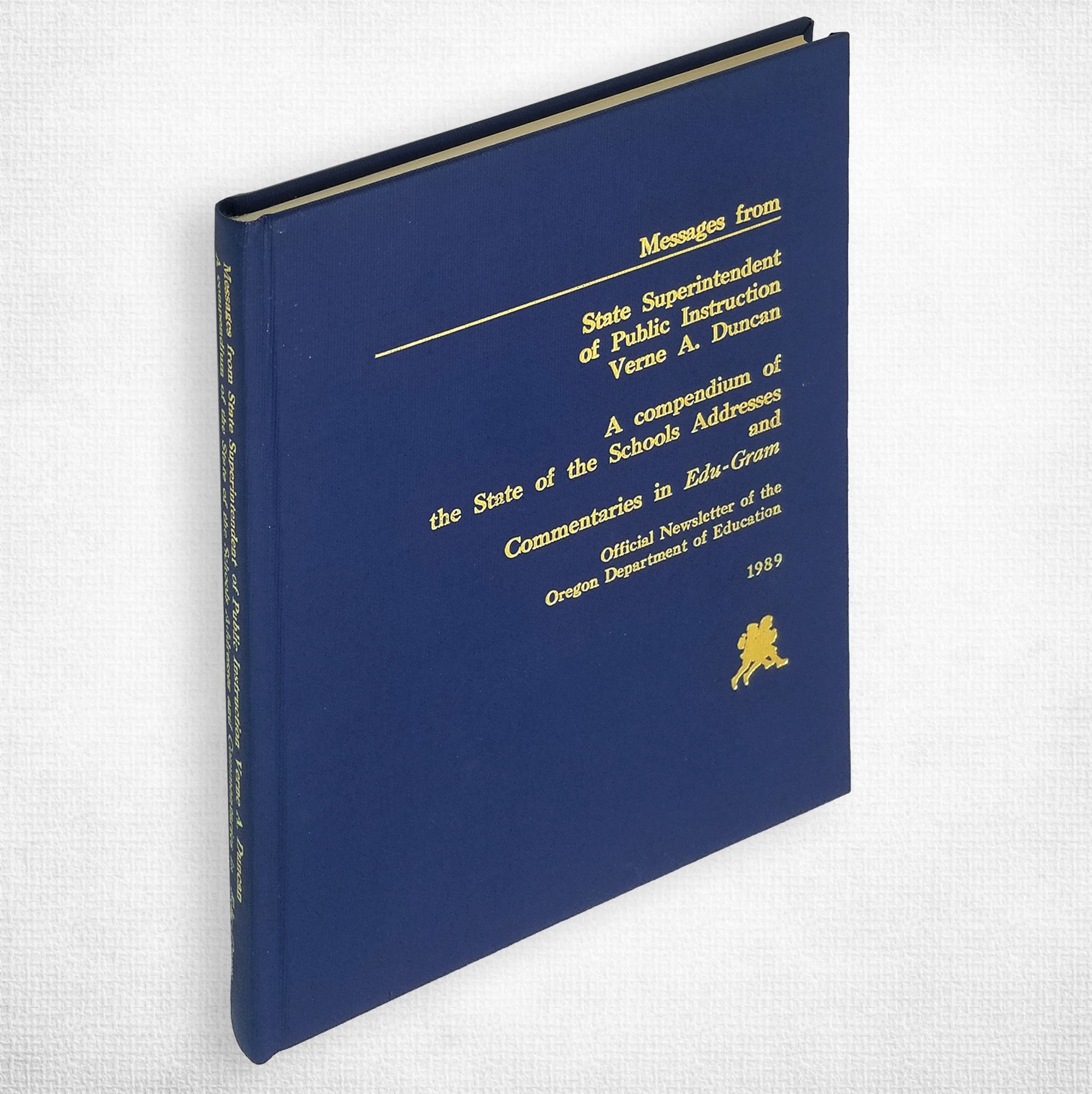 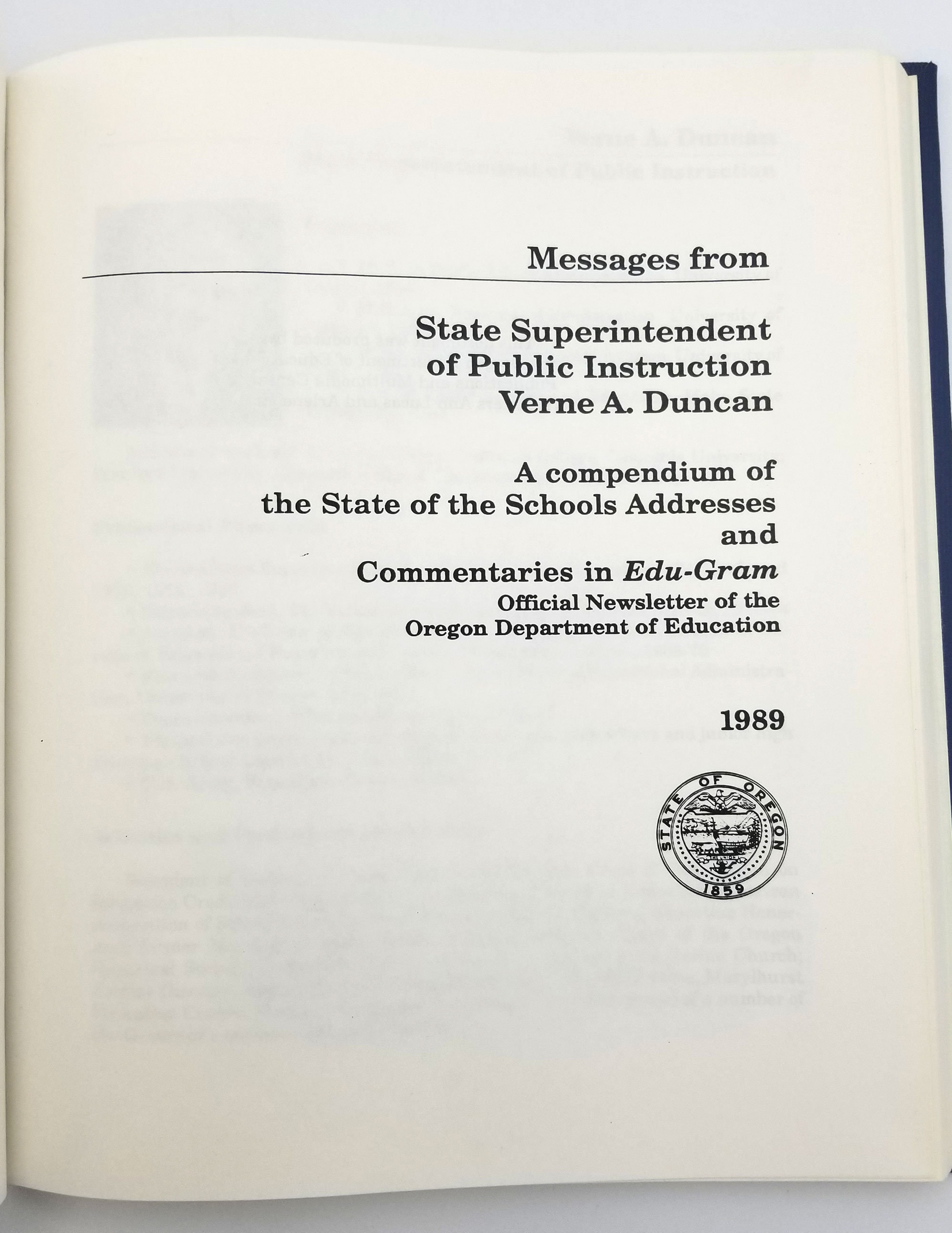 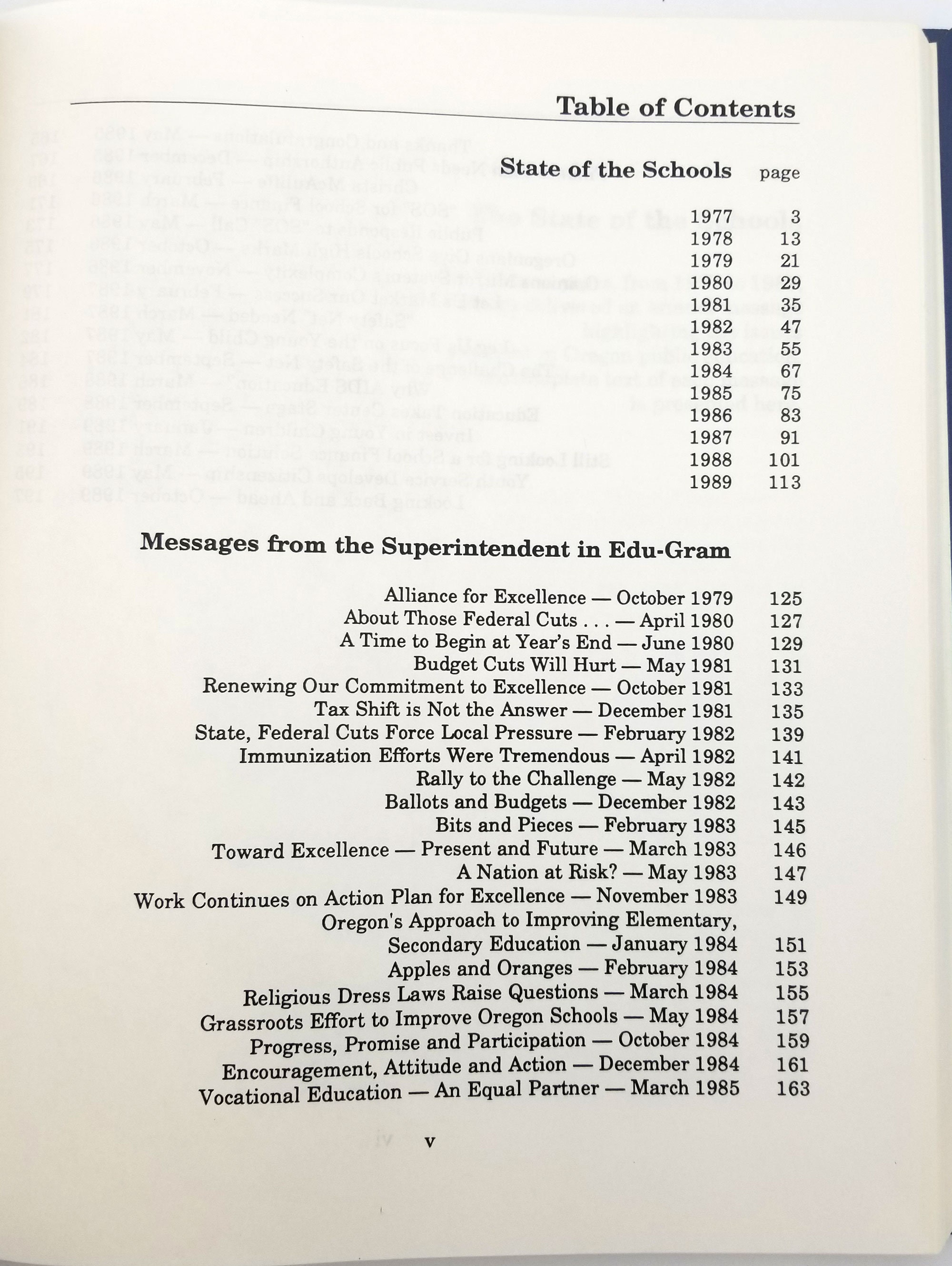 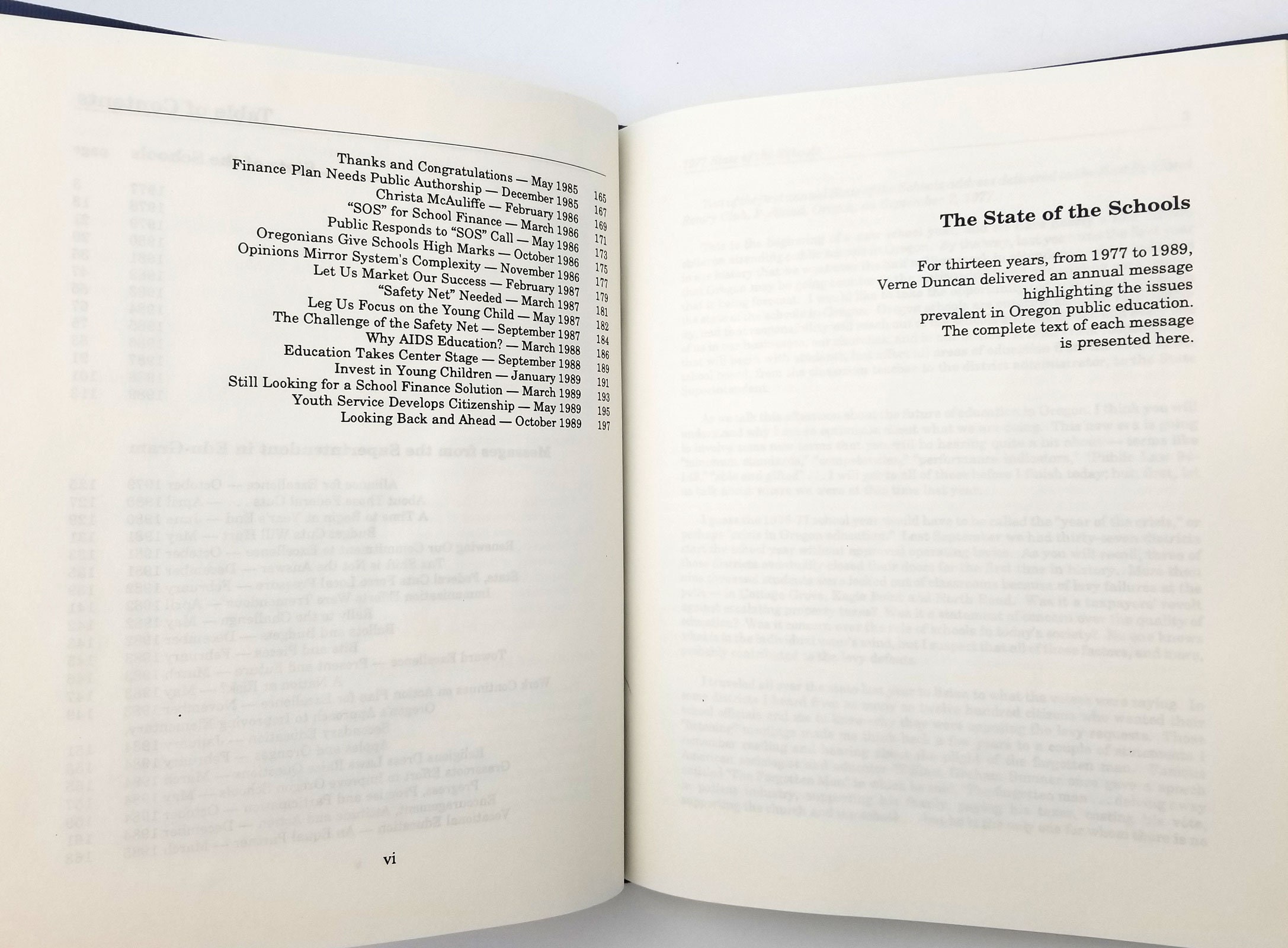 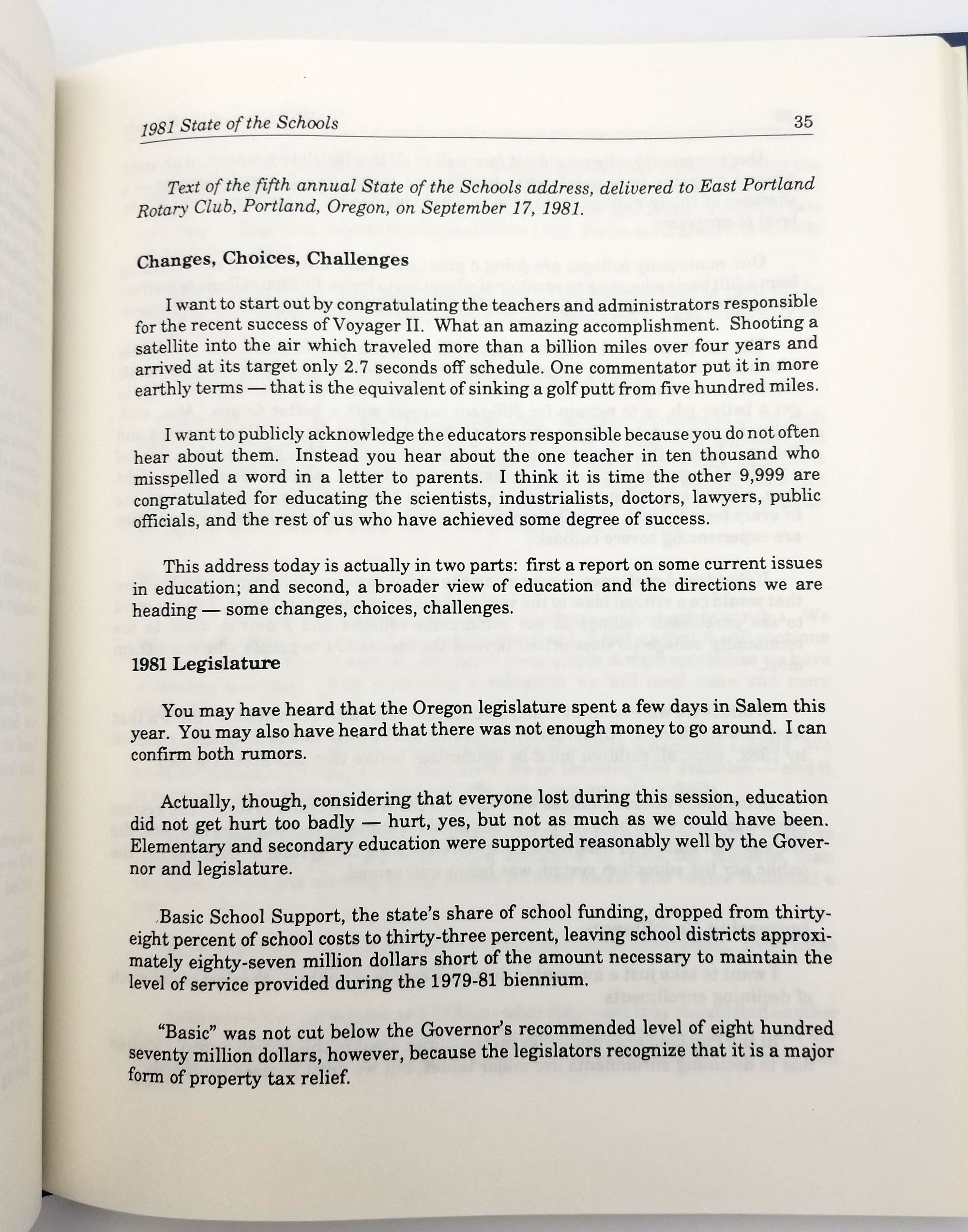 Title: Messages from State Superintendent of Public Instruction Verne A. Duncan: A compendium of the State of the Schools Addresses and Commentaries in Edu-Gram (Official Newsletter of the Oregon State Department of Education

The full text of thirteen State of the Schools annual messages, as delivered by Duncan between 1977 and 1989, highlighting the issues prevalent in Oregon public education. The second half of the volume consists of 38 commentaries by Duncan that appeared in the Oregon Department of Education's official newsletter between 1979 and 1989.

Verne Duncan (b. 1934) has been a long standing figure in Oregon's public life, both as an educator and as a politician. He was the Oregon Superintendent of Public Instruction from 1975 to 1989 and was a member of the Oregon Senate from 1999 to 2003.