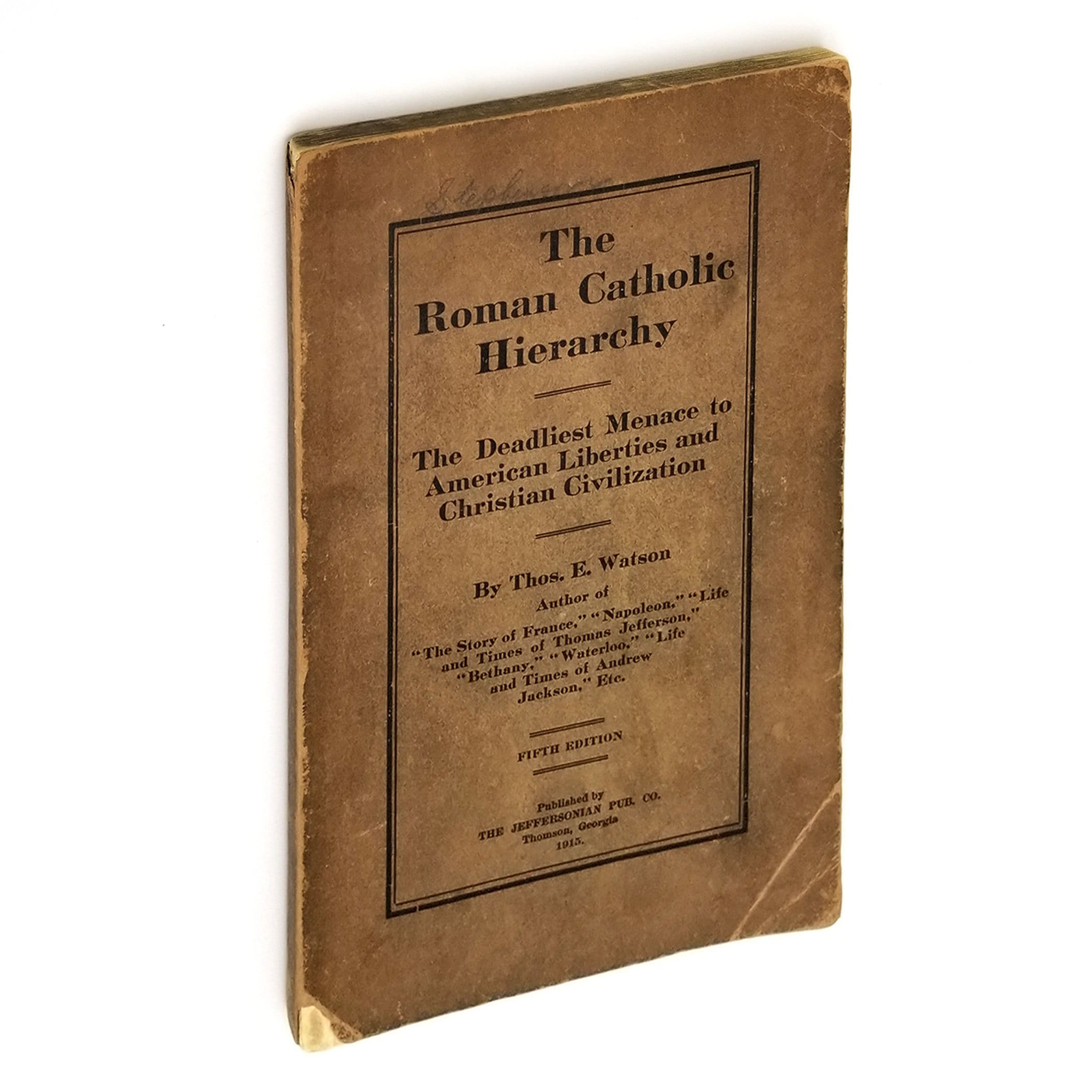 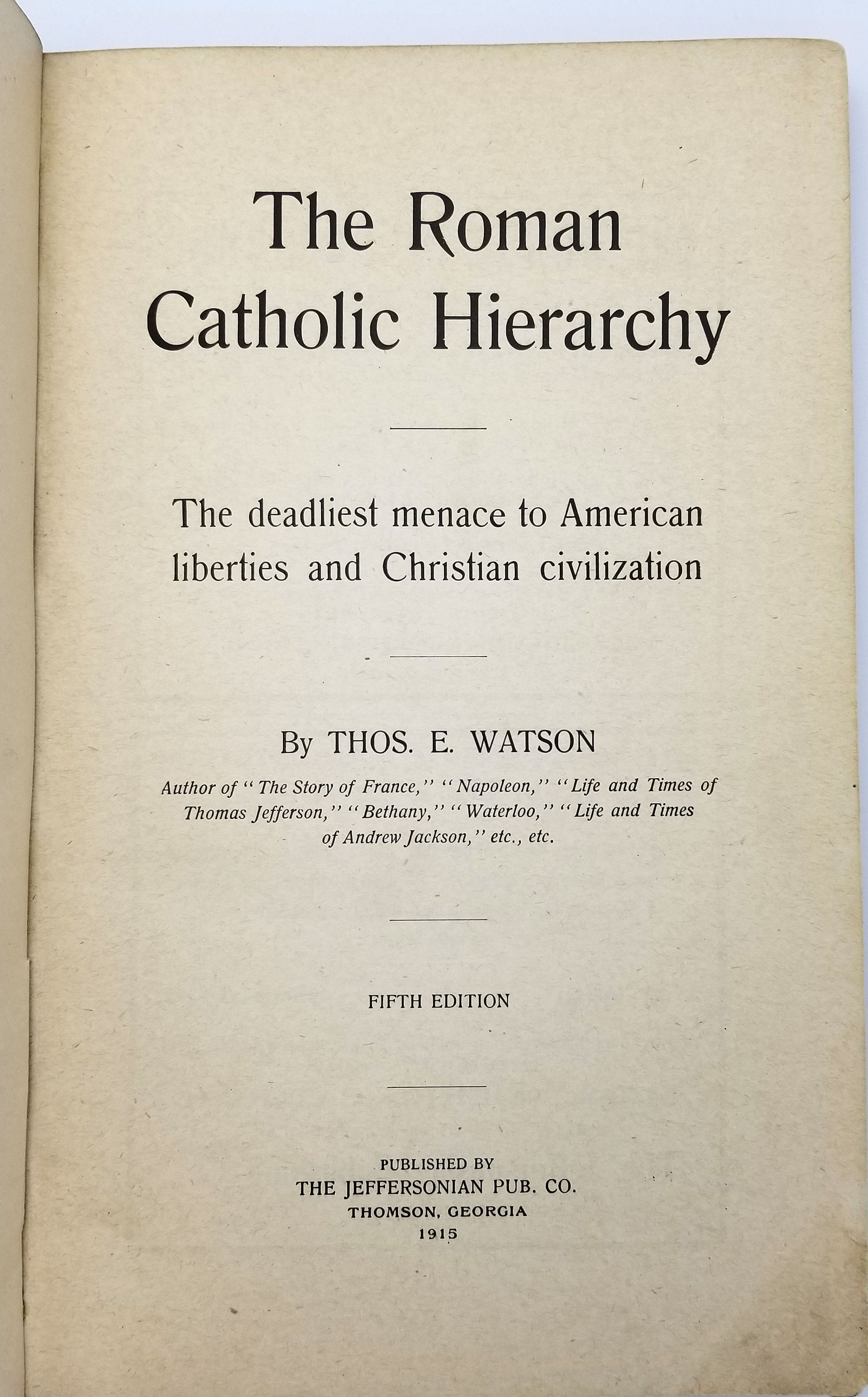 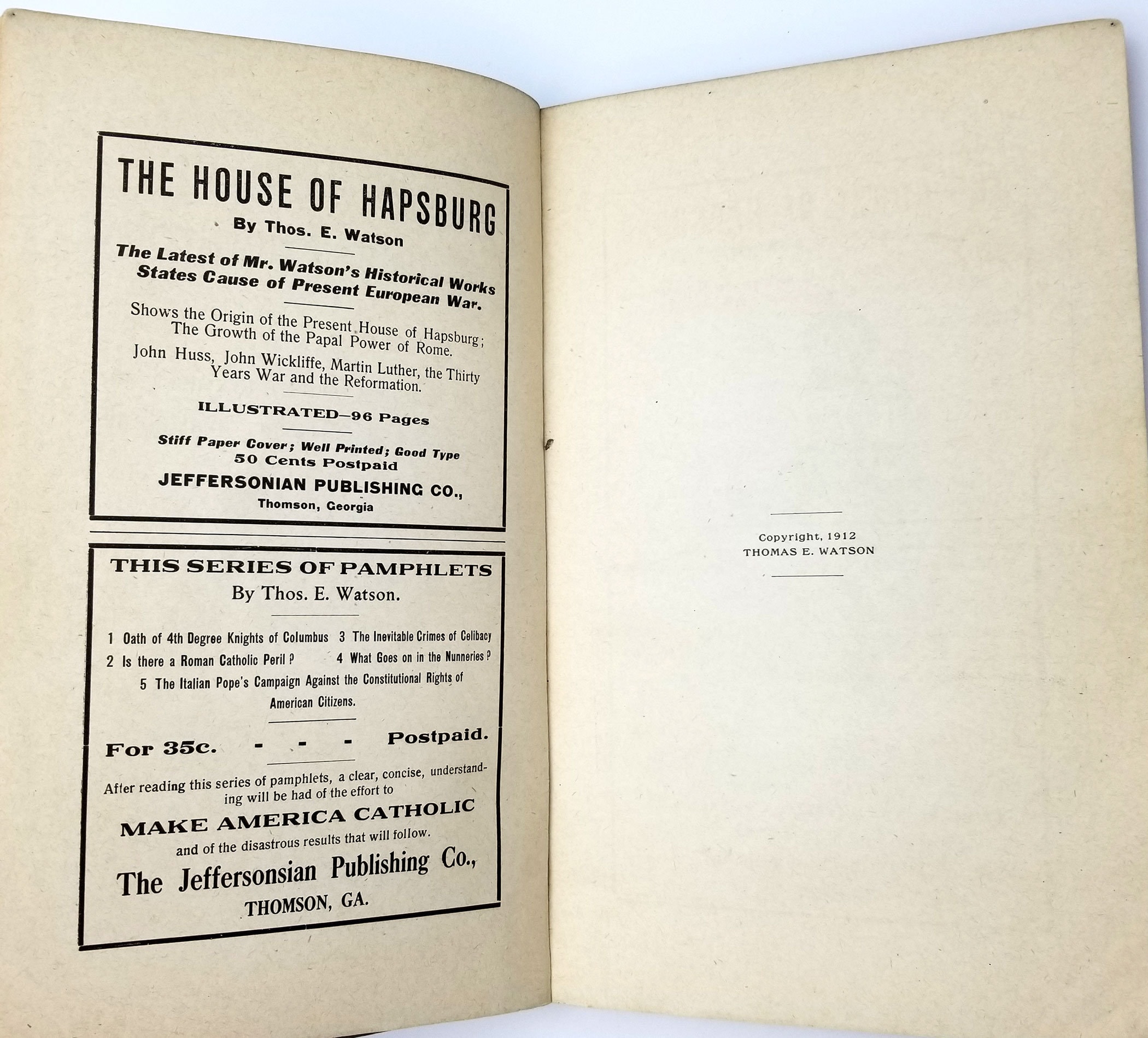 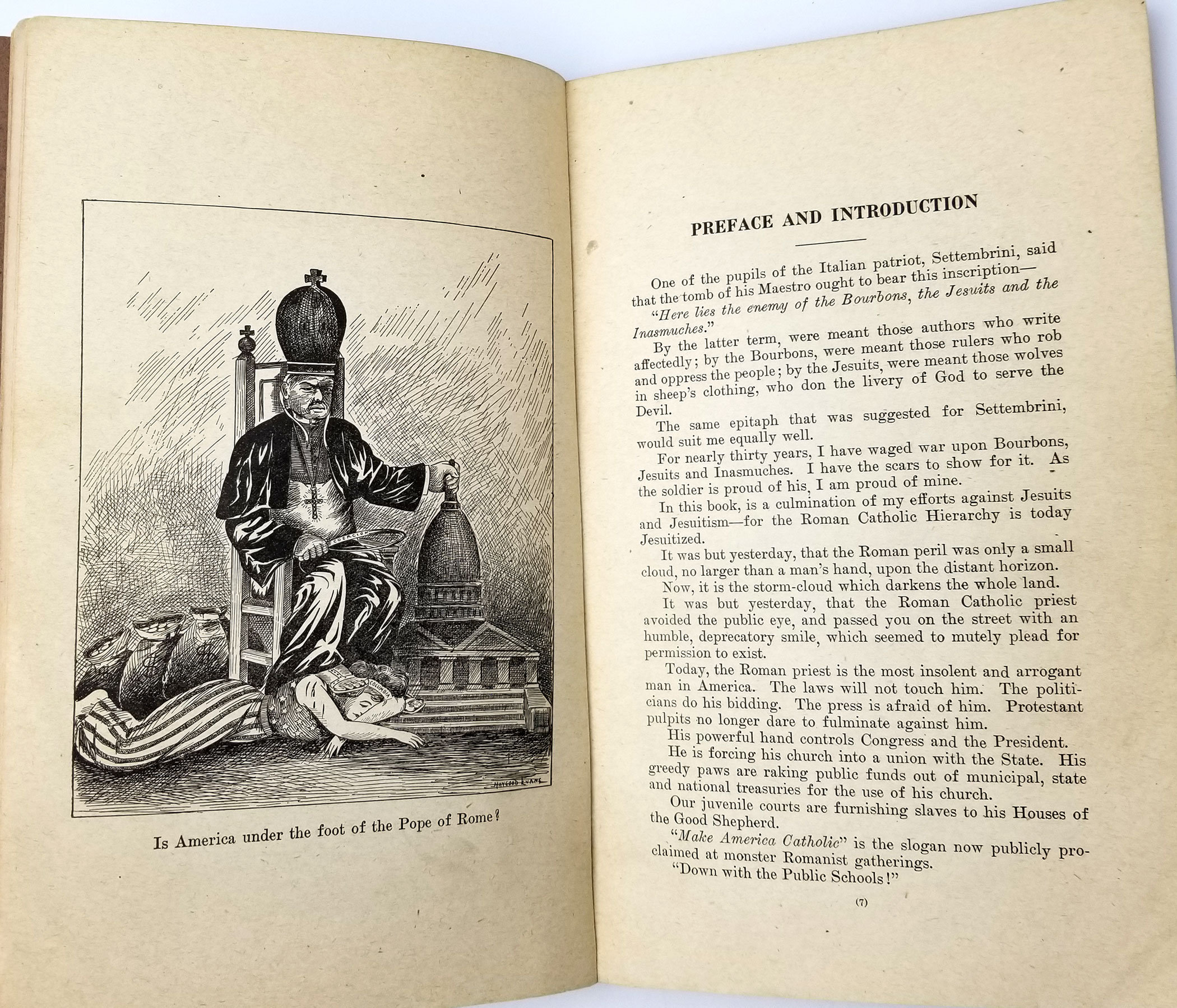 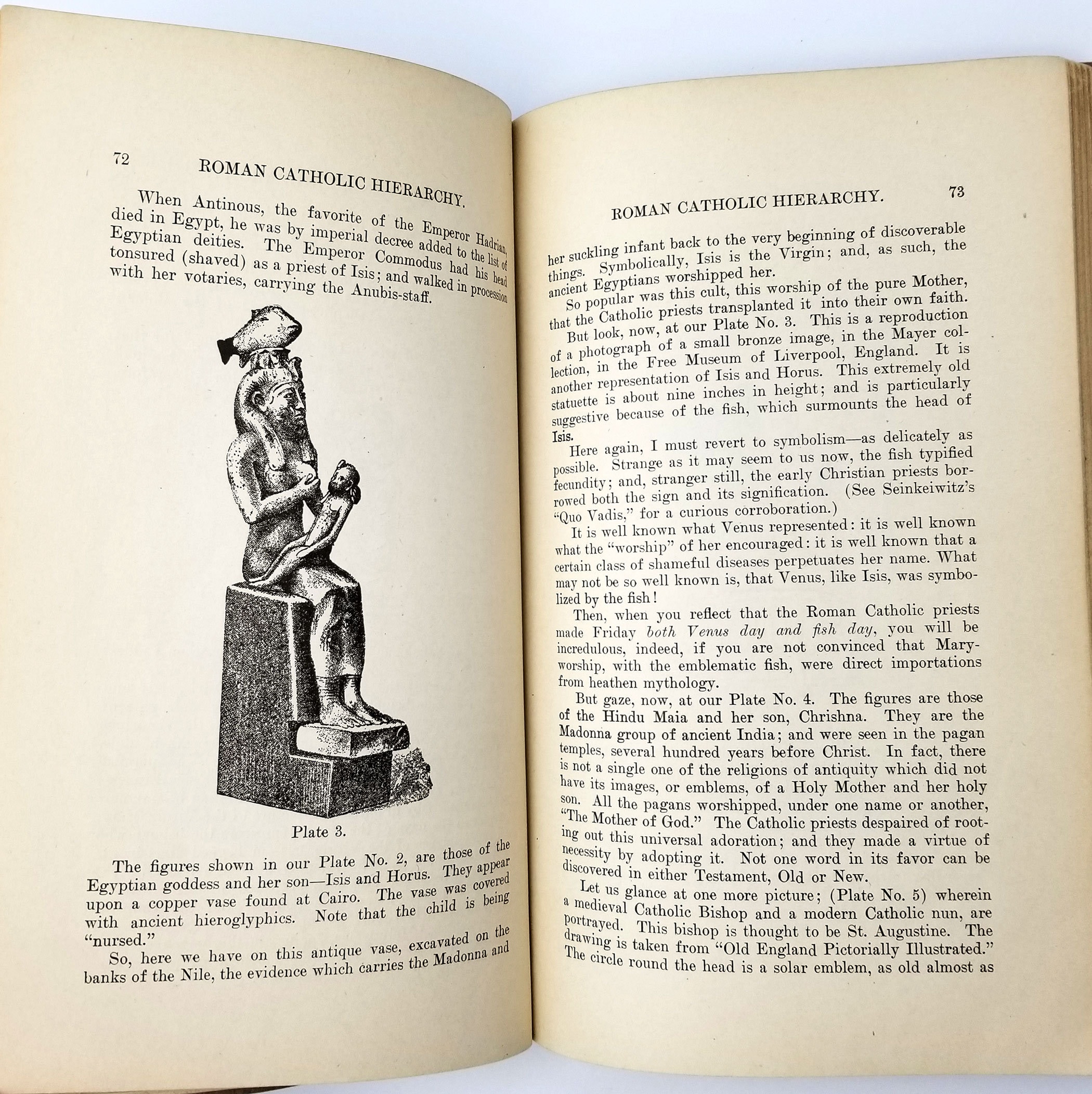 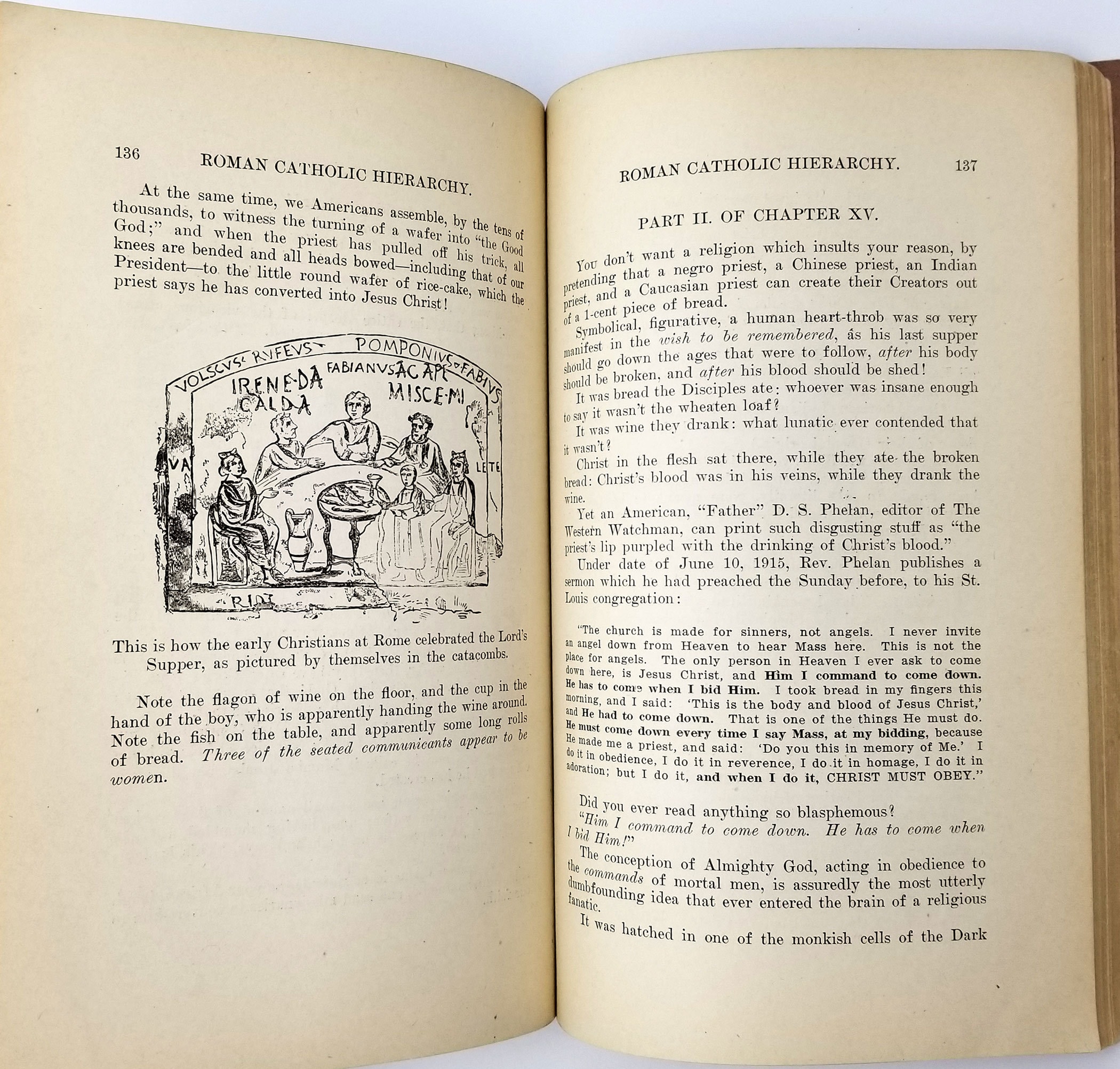 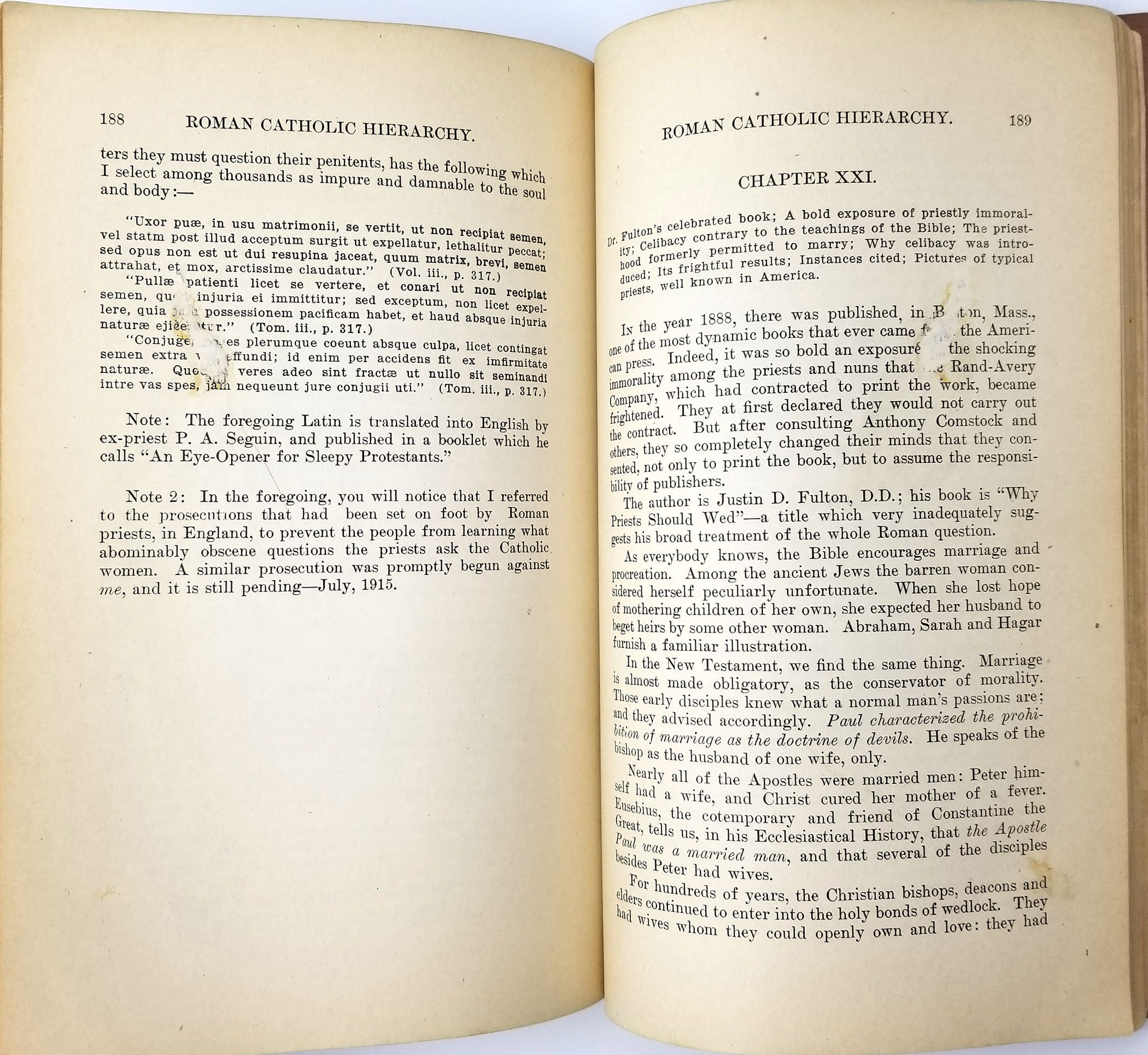 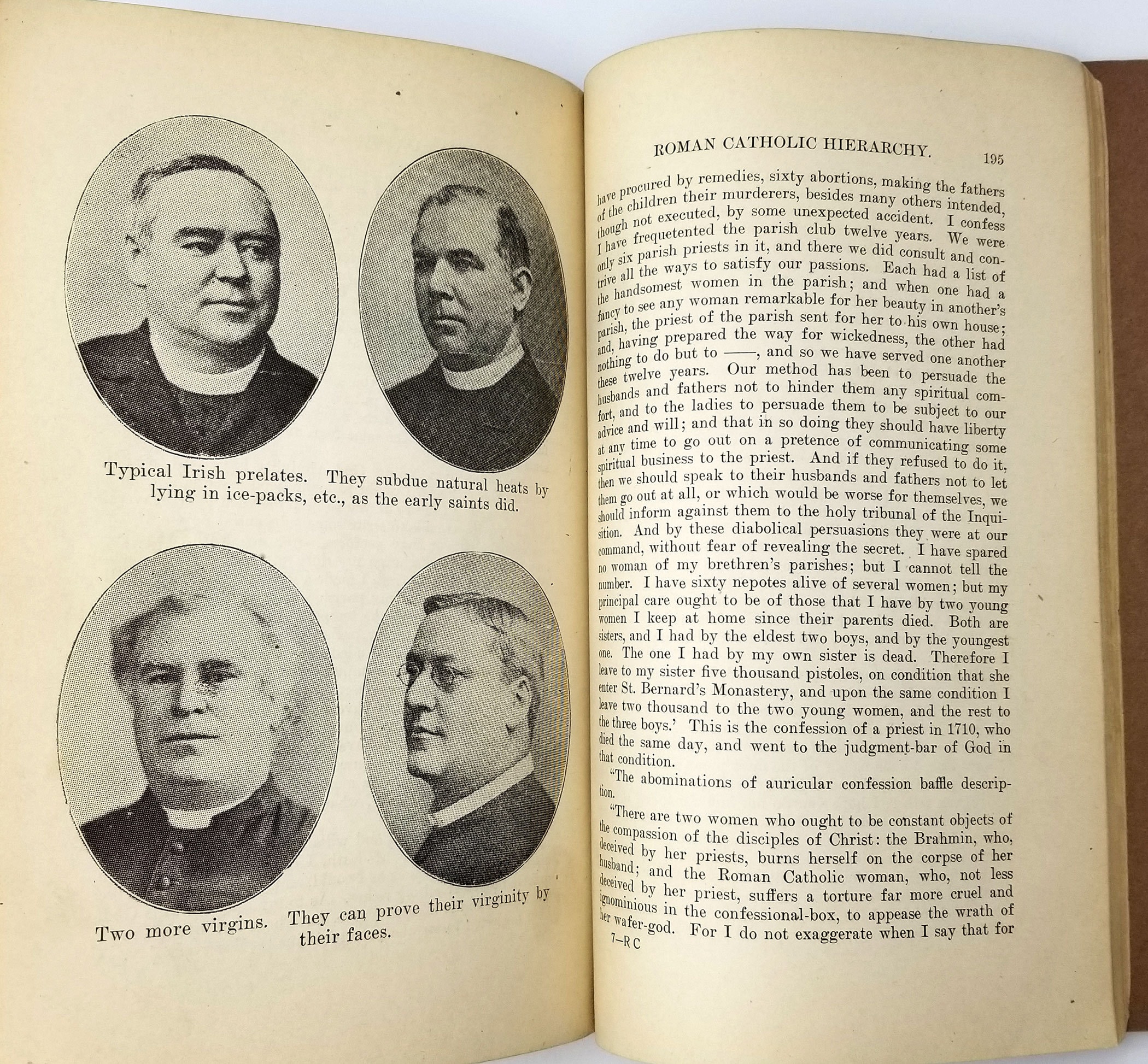 Description: Fifth Edition, 1915. Wraps. Covers a bit worn; chipping at head of spine and bottom left cover of front panel. Illustrations. A couple pages have a spot of damage, slightly impacting text, where the pages had stuck together. 254 pp. 9 x 6 inches.

Thomas E. Watson (1856-1922) was a Georgia politician, attorney, writer and publisher of Watson's Magazine and The Jeffersonian. He was considered by the Democratic Party's 1896 Presidential candidate William Jennings Bryan for the position of Vice President and in 1904 Watson ran as the Populist Party's candidate for President. He also represented Georgia in both the U.S. House of Representatives and the Senate.

Around the time that this edition was published, Watson was under indictment for sending obscene material through the mail (articles in his magazines related to the Roman Catholic Hierarchy) and his case was being heard in federal court (it was ruled a mistrial in December 1915).