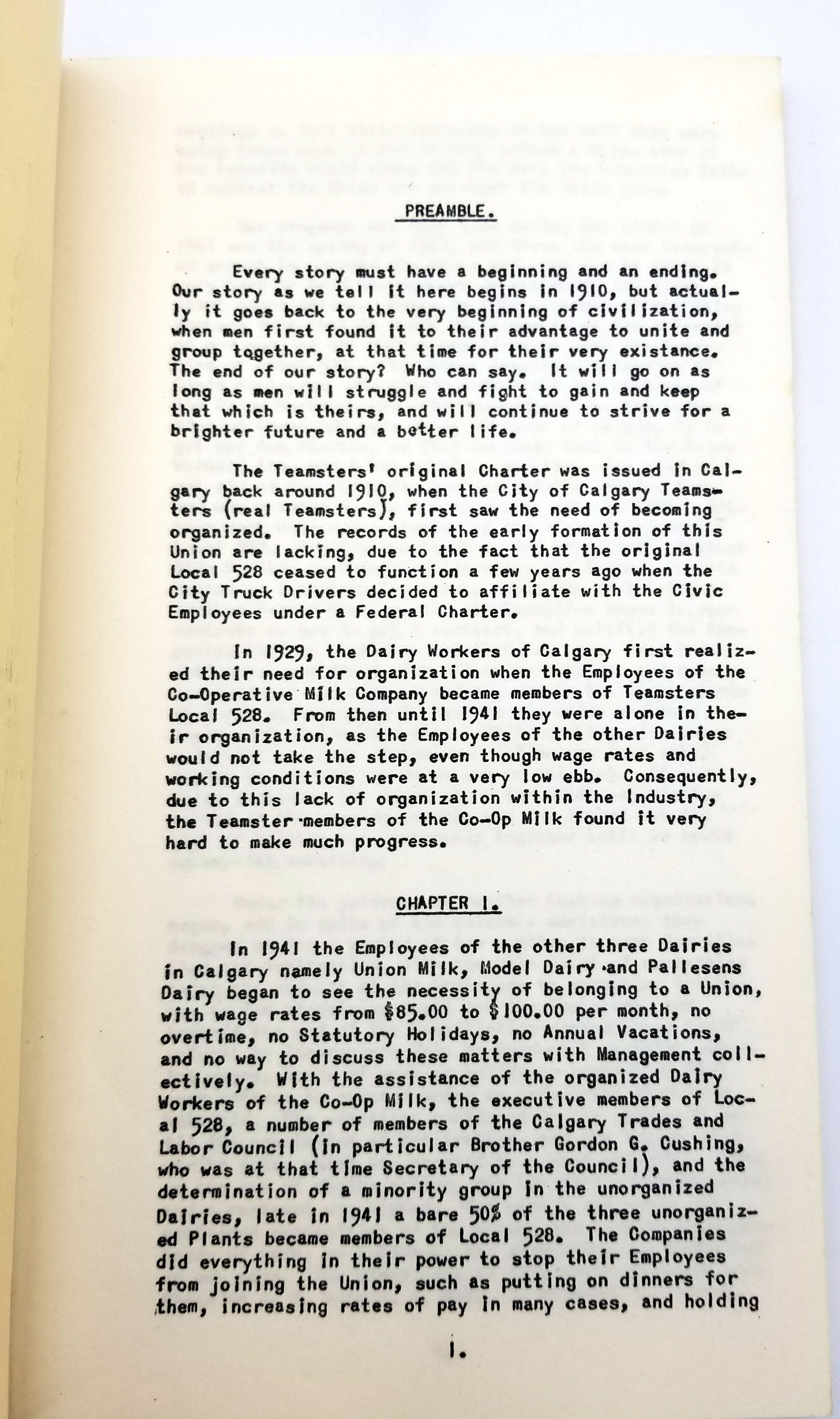 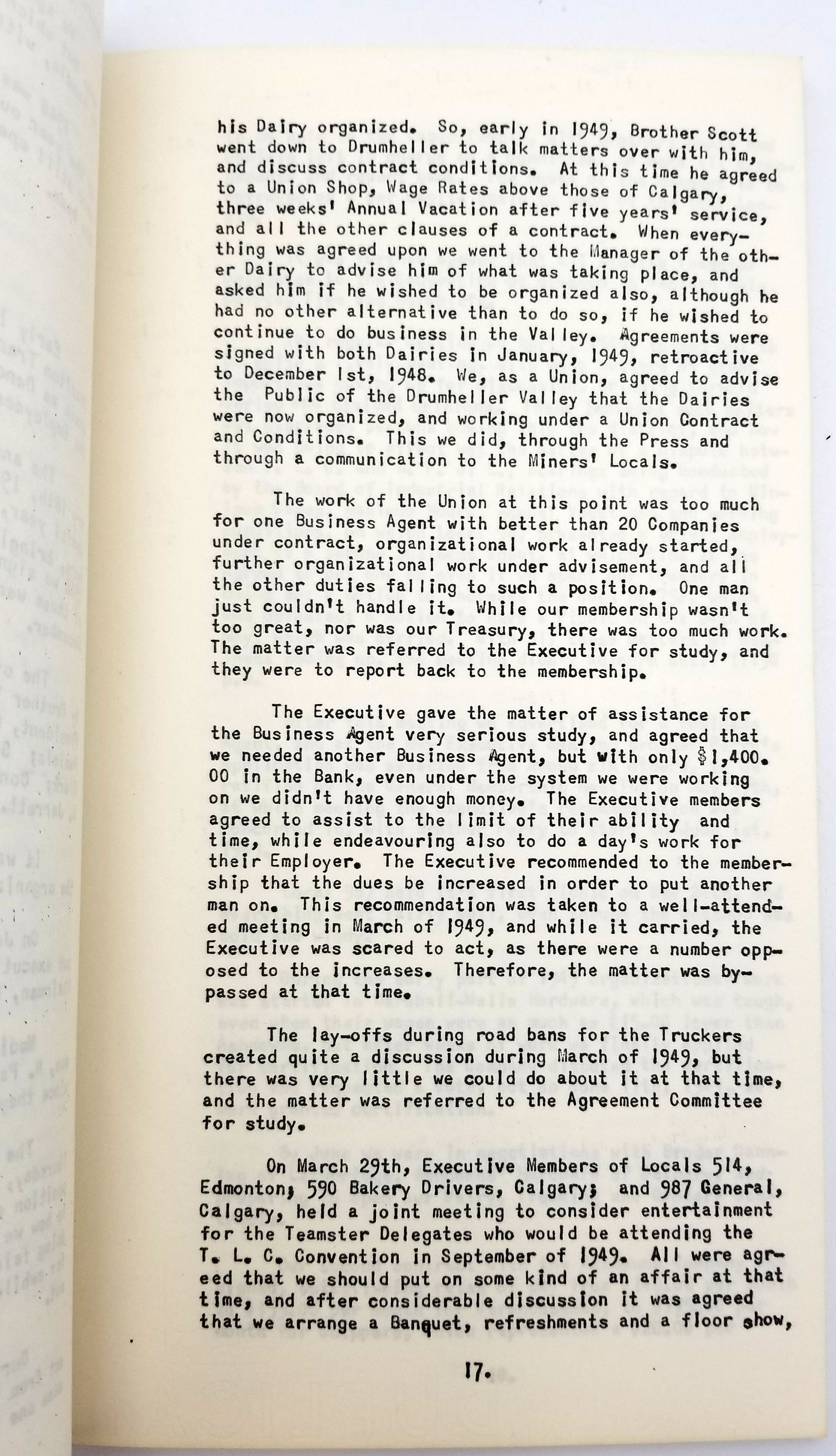 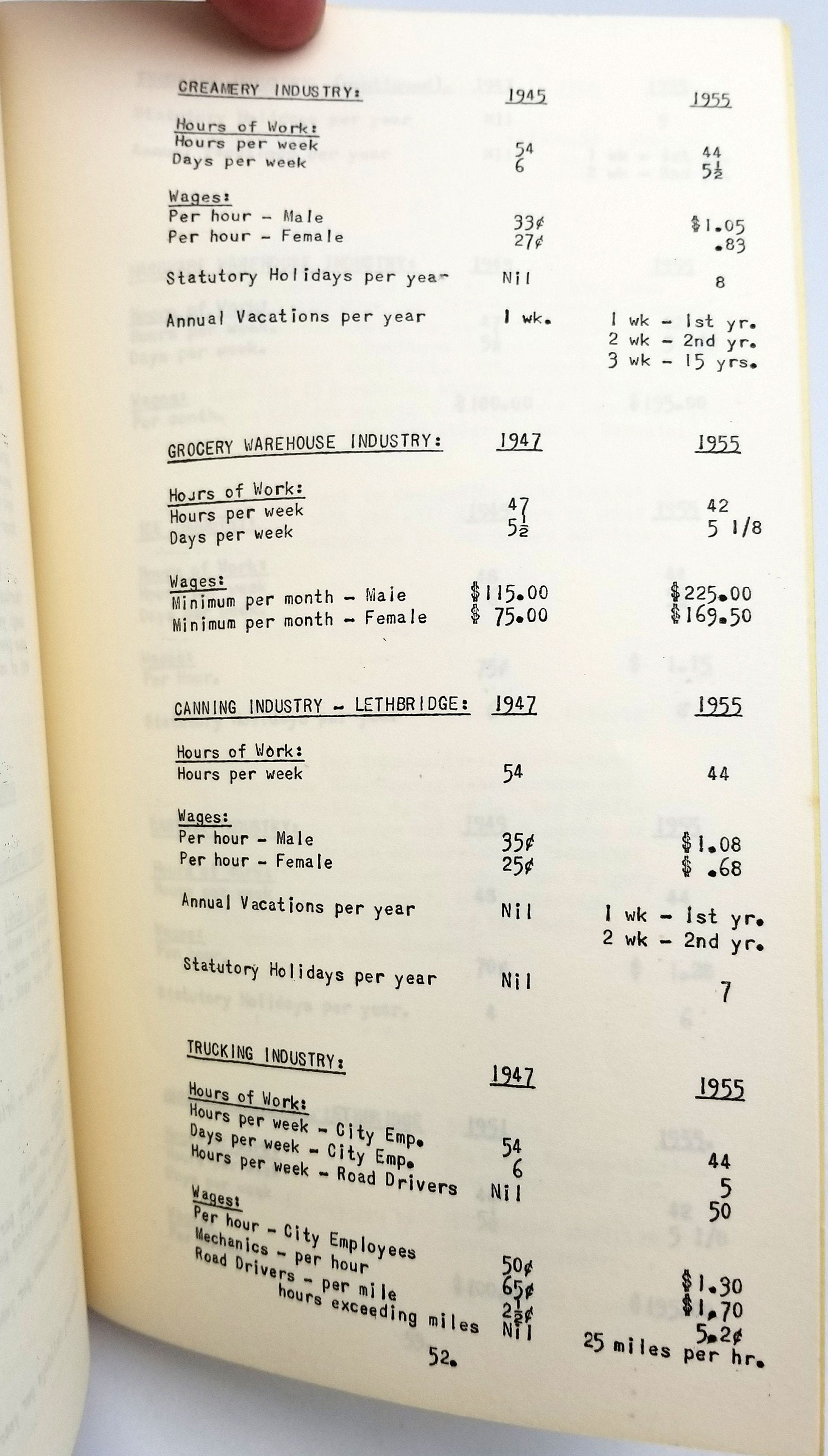 Rare. History of the Calgary Teamsters, primarily for the years 1942 to 1955. They were originally chartered by organized teamsters (actual teamsters) in 1910 as Local 528. Over the years they came to represent a large number of dairy workers and because of a lack of appreciation for the specific issues faced by dairy workers in the union a new charter was sought and granted in 1942. This was the Teamsters Local 987.