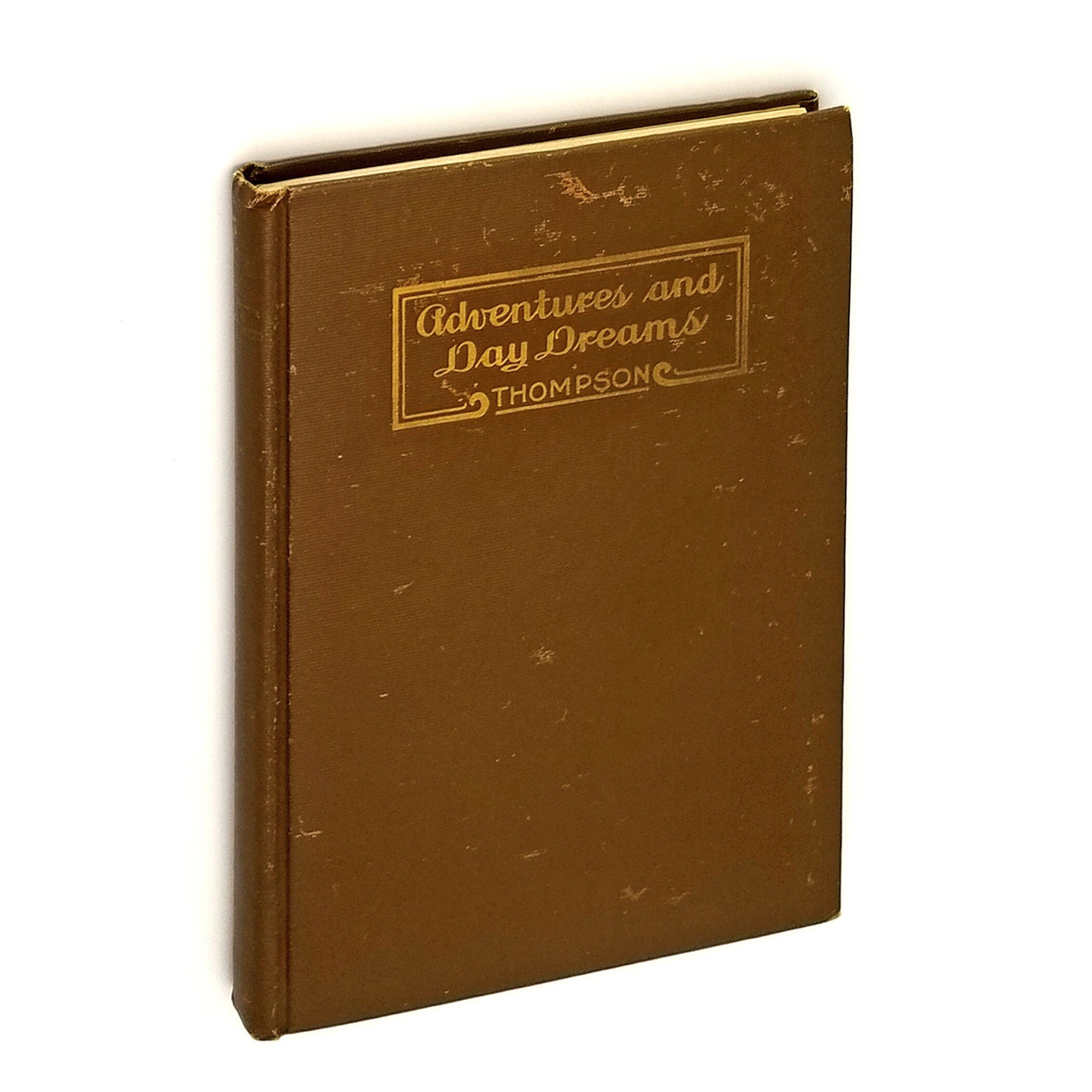 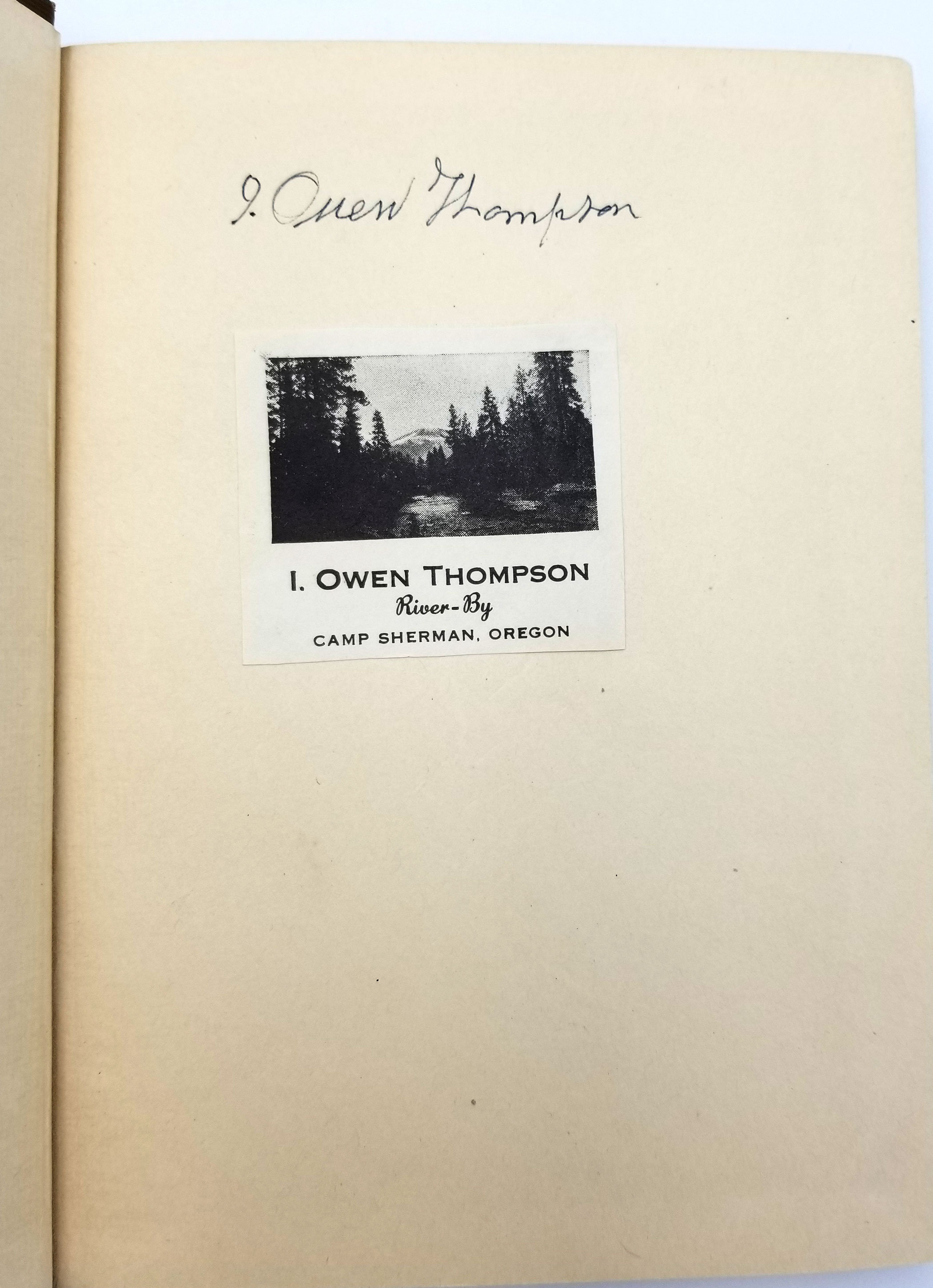 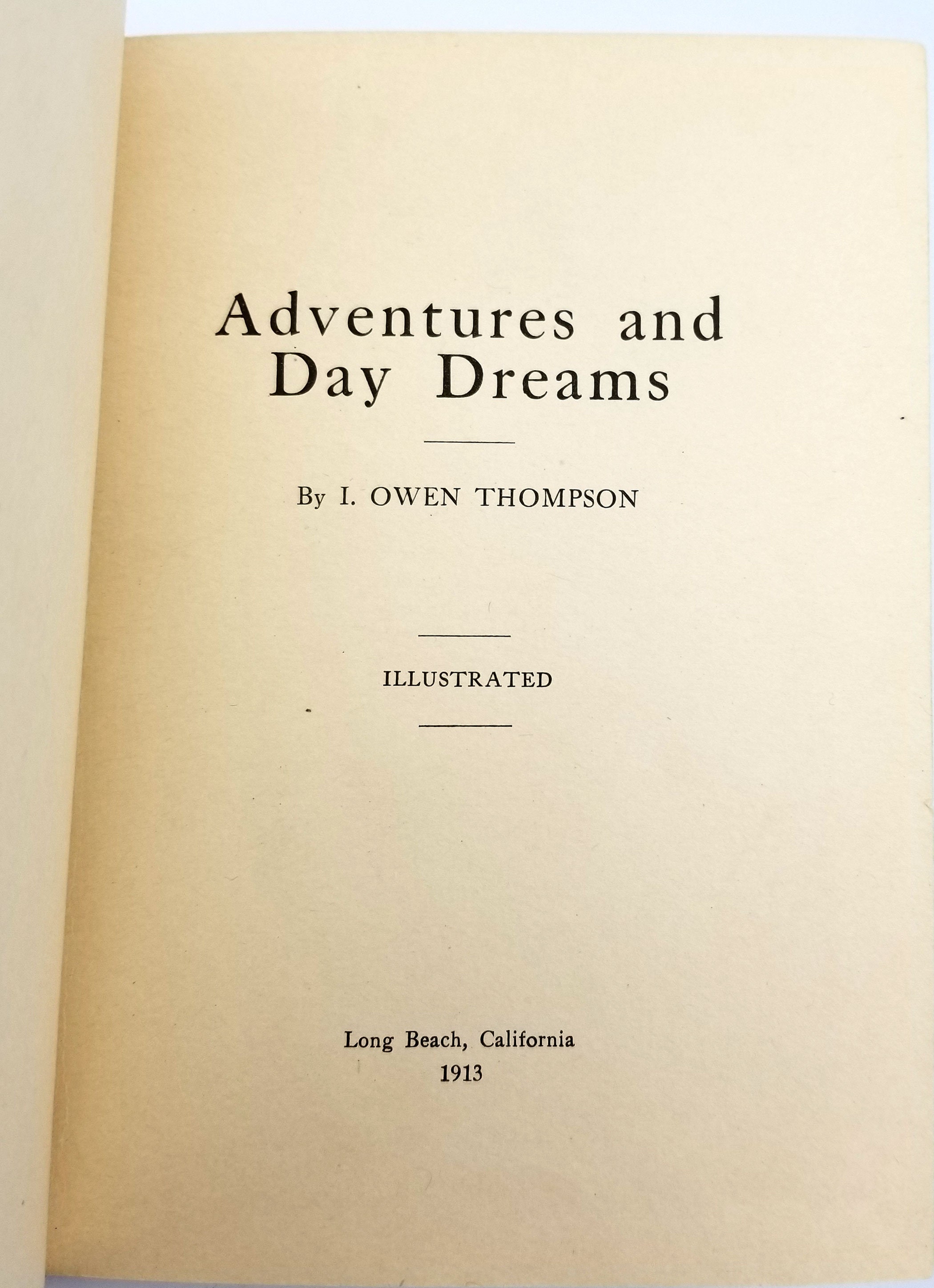 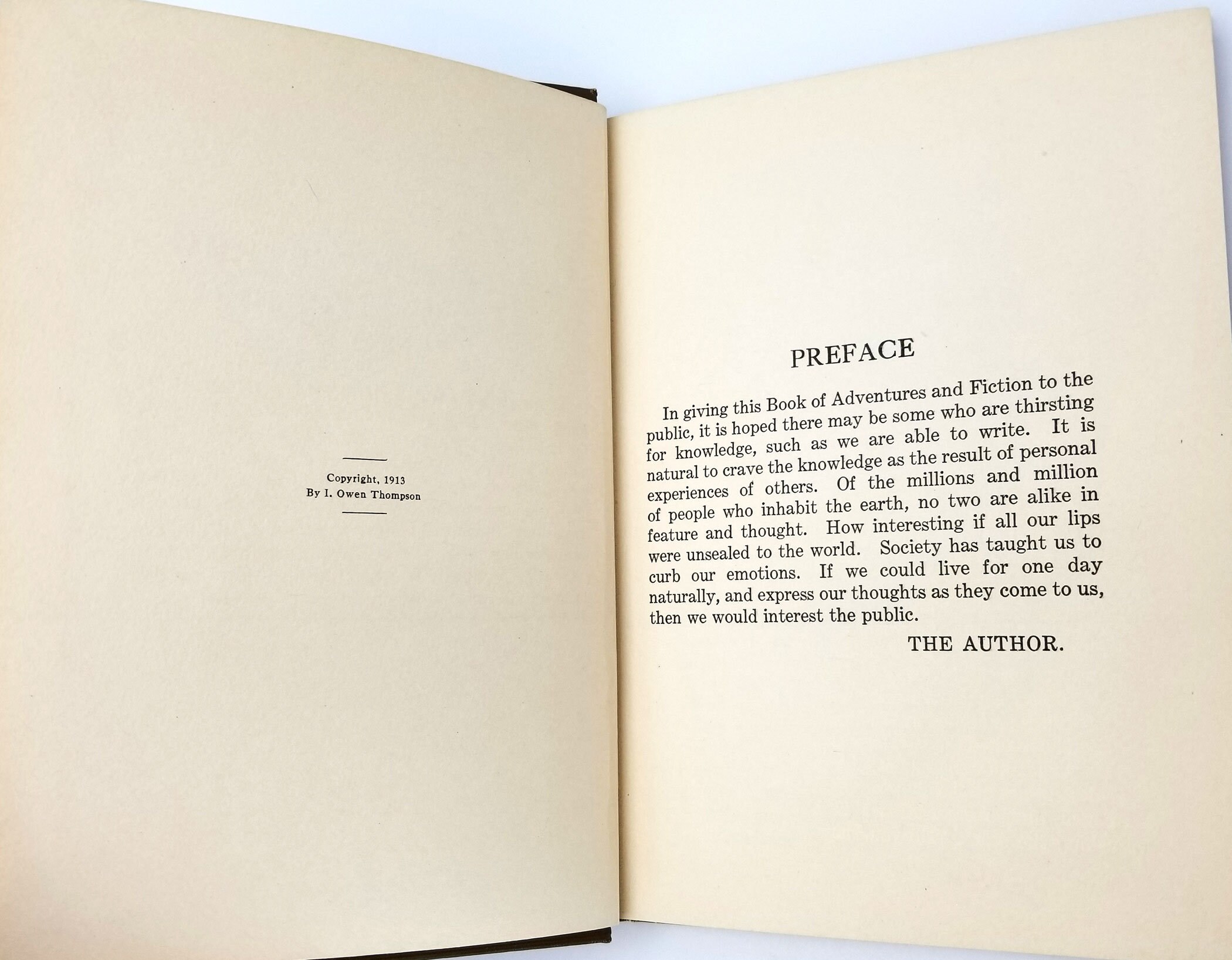 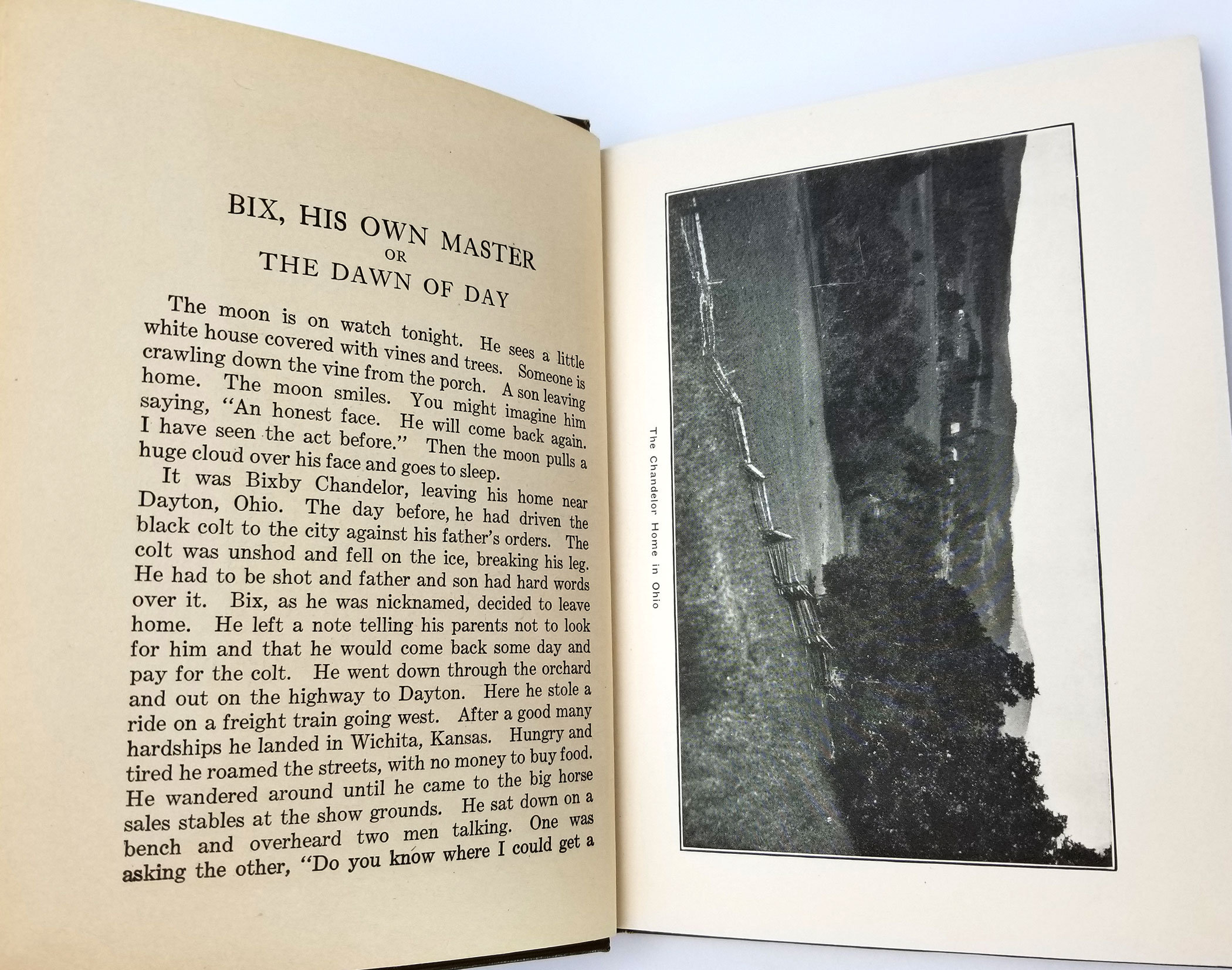 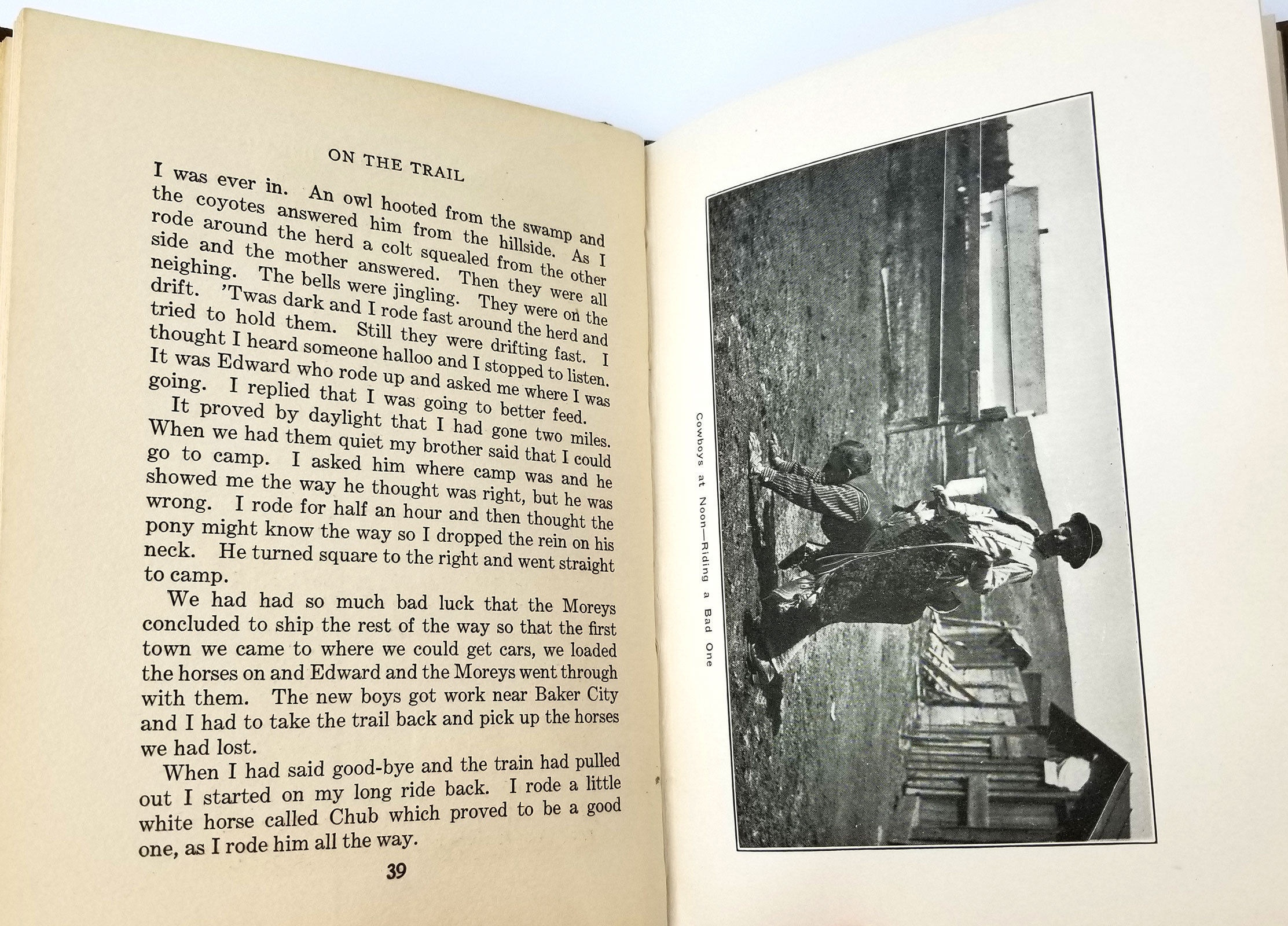 Description: Signed by the auth

or on the ffep (with his Camp Sherman mini-bookplate). Brown cloth boards stamped in gilt. Gilt on spine rubbed; boards speckled. Interior is clean. Illus. 19 plates. 100 pp. 6.75 x 5 inches. Stories of adventures in old Oregon and its outdoors, including riding the rails and driving cattle, and observations of people and nature. The stories by Ilia Owen Thompson (b. ca. 1866) appear to be mostly, though not entirely, fiction.

Thompson moved with his family from Princeton, Iowa and settled in Benton County, Oregon around 1875. He was long time resident of Camp Sherman, Oregon, where he lived in a cabin on the Metolius River in the 1930's and 40's. Around the time that this was published (1913) he was making extensive observational travels across the country in a buggy with two Canadian ponies, making it so far as Los Angeles and New York.

Places in Sherman, Wasco, Baker, and Umatilla Counties (as well as other Oregon locales) appear in Thompson's writing.