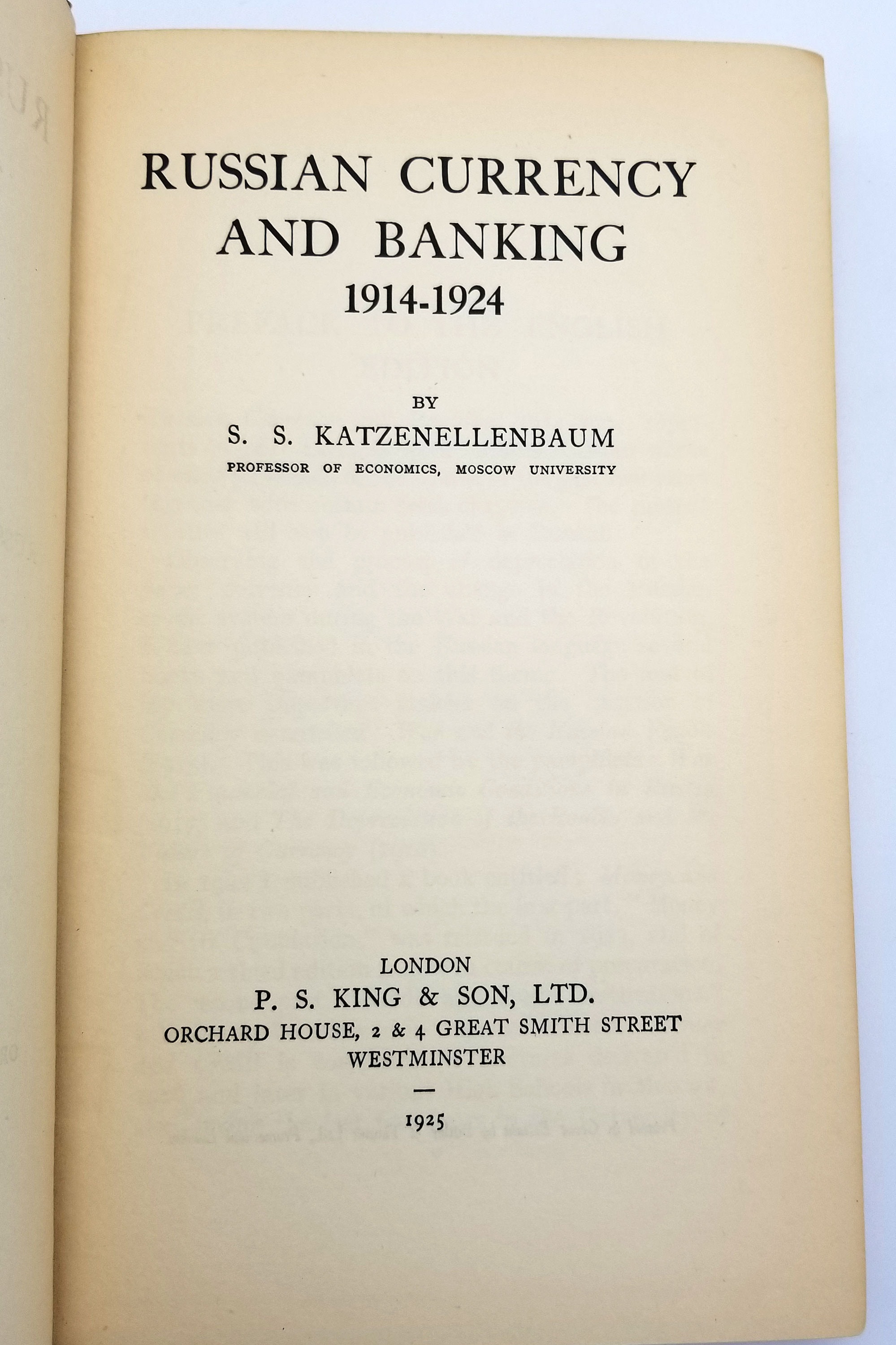 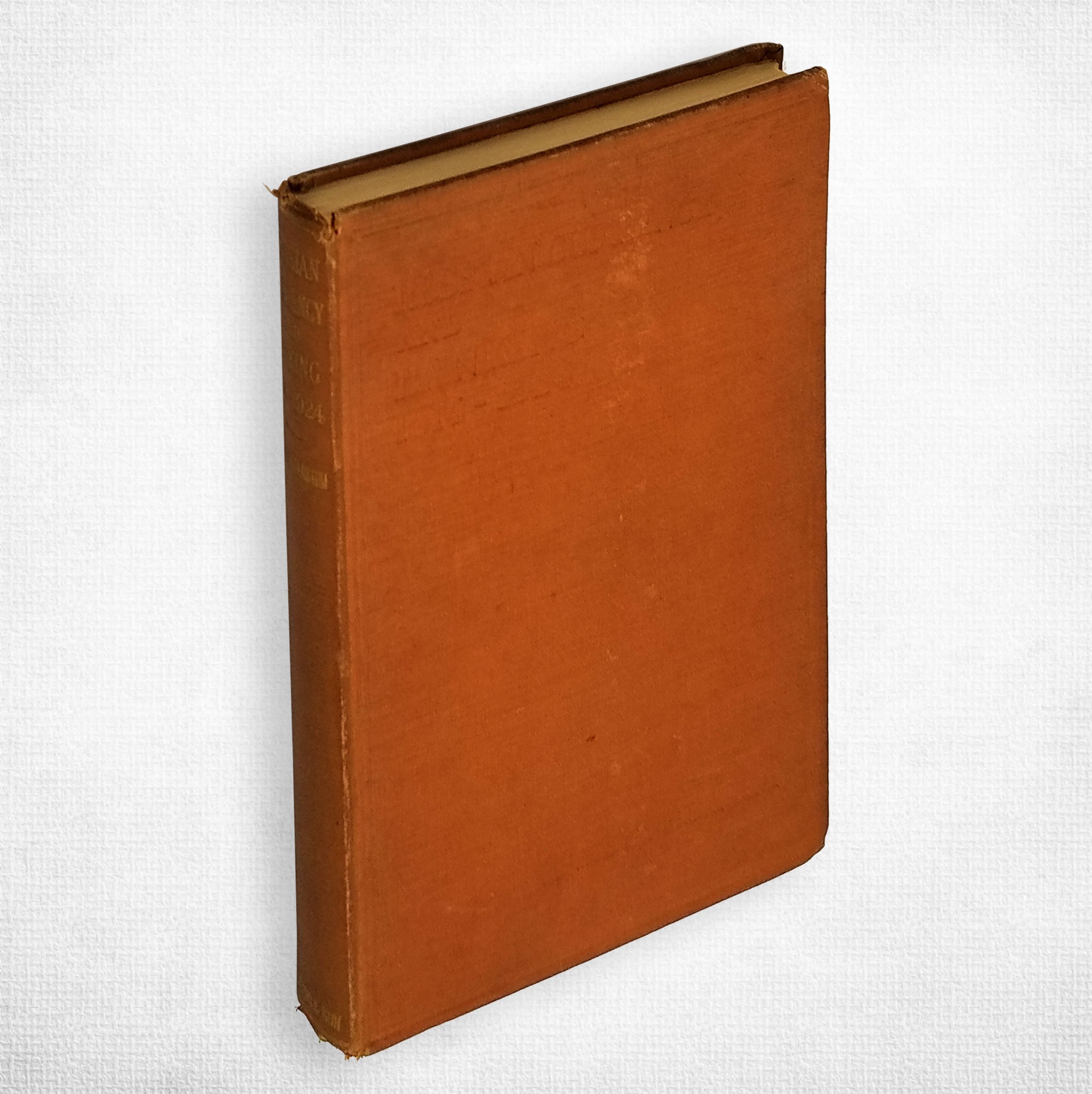 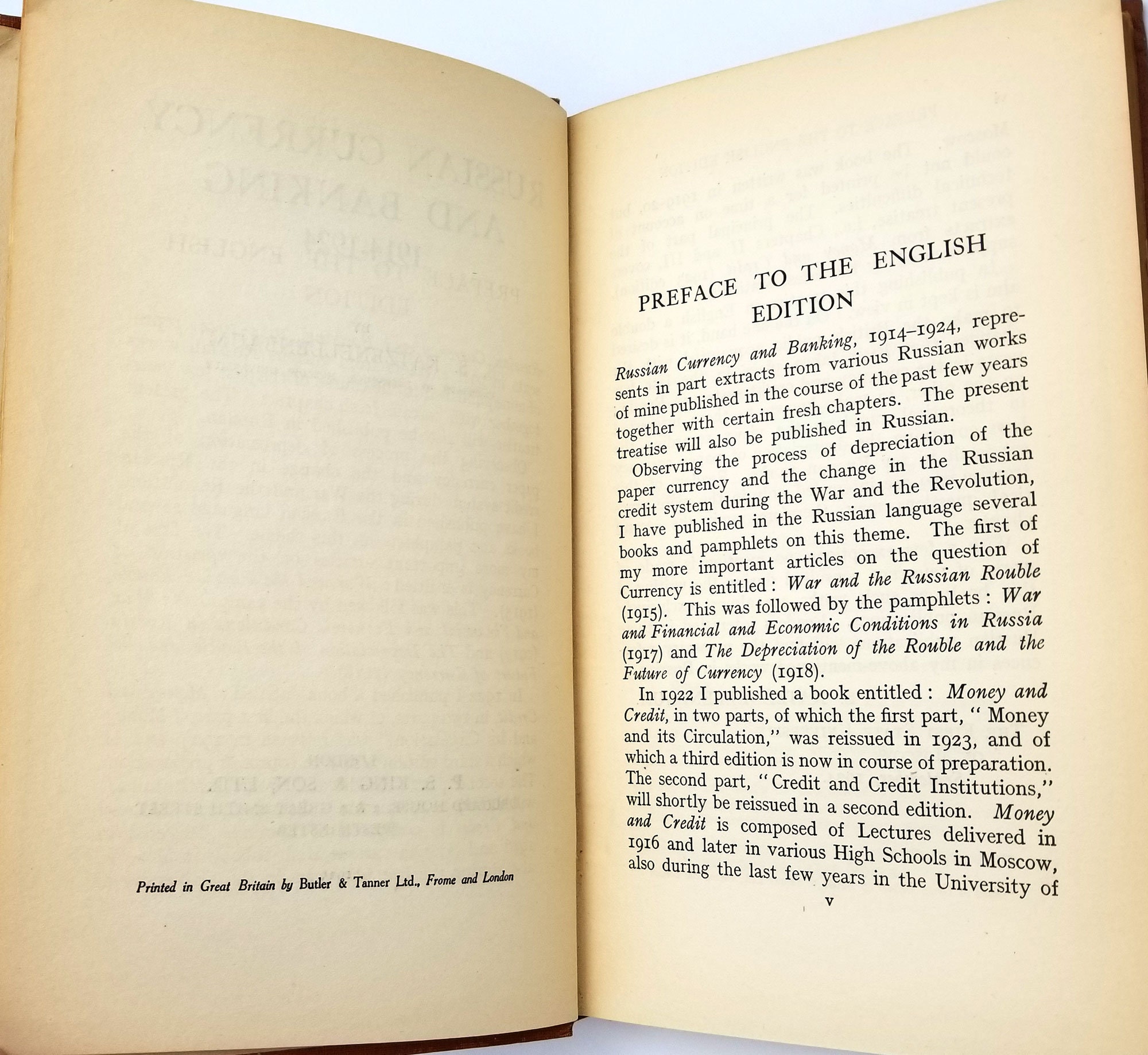 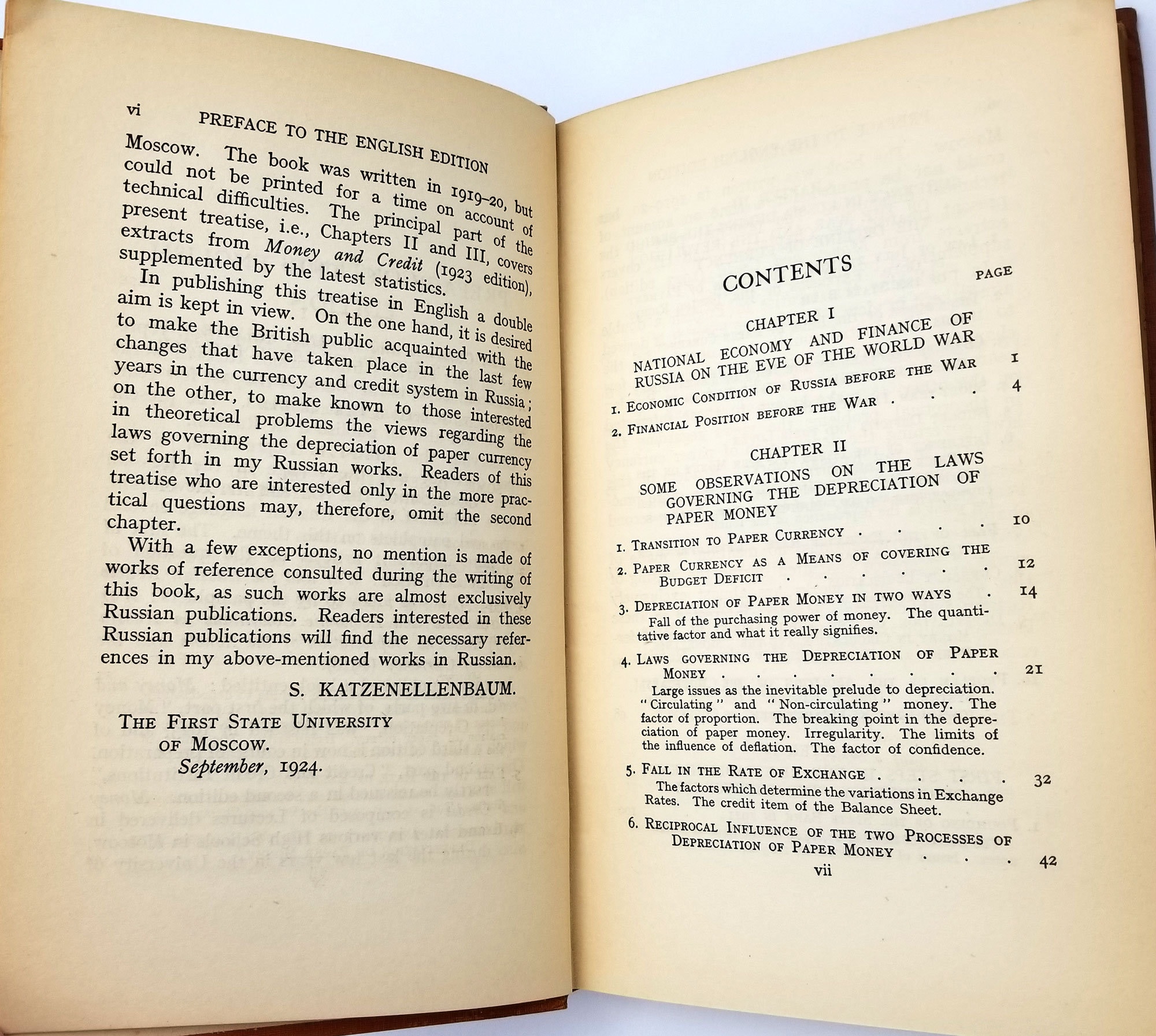 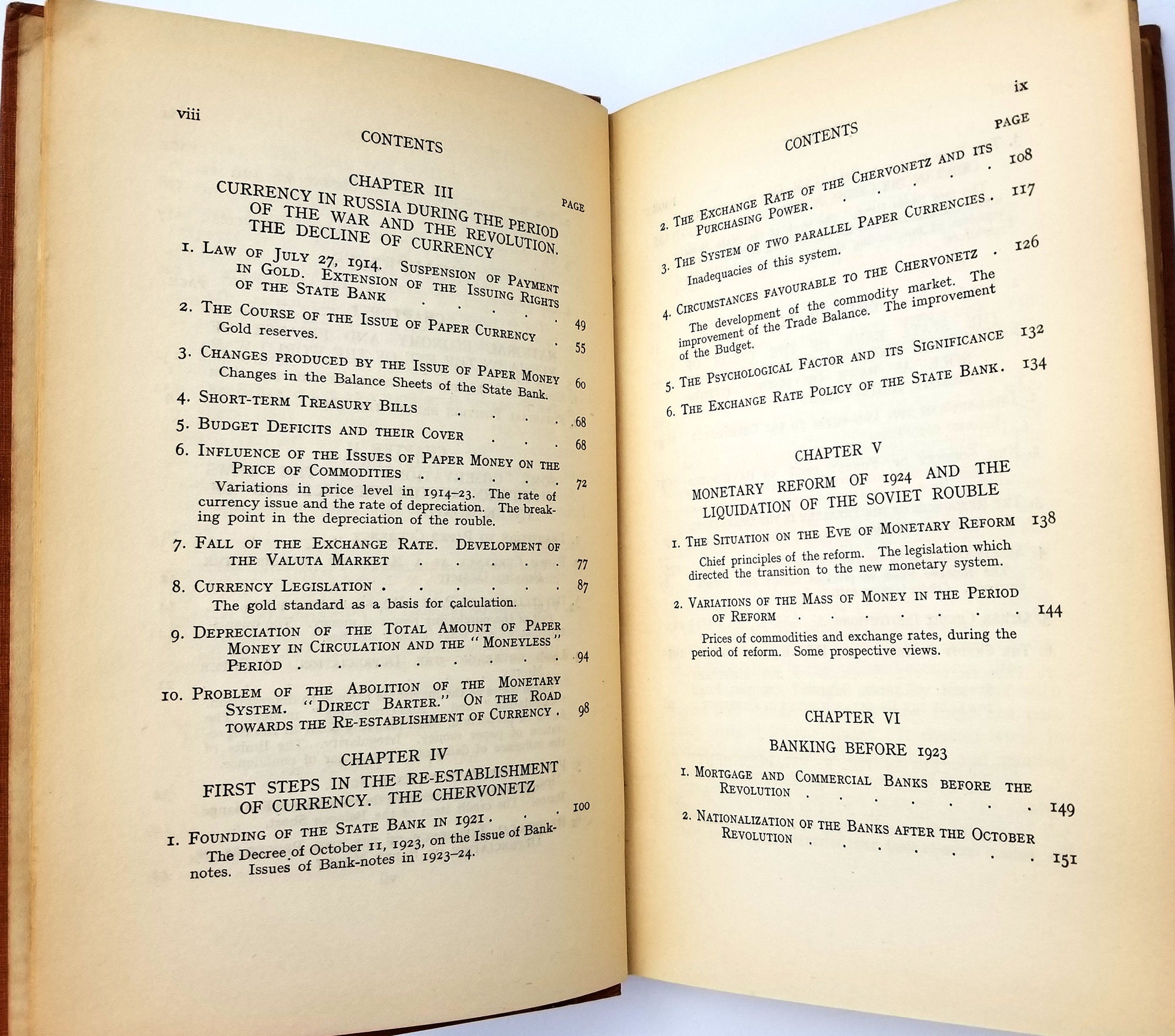 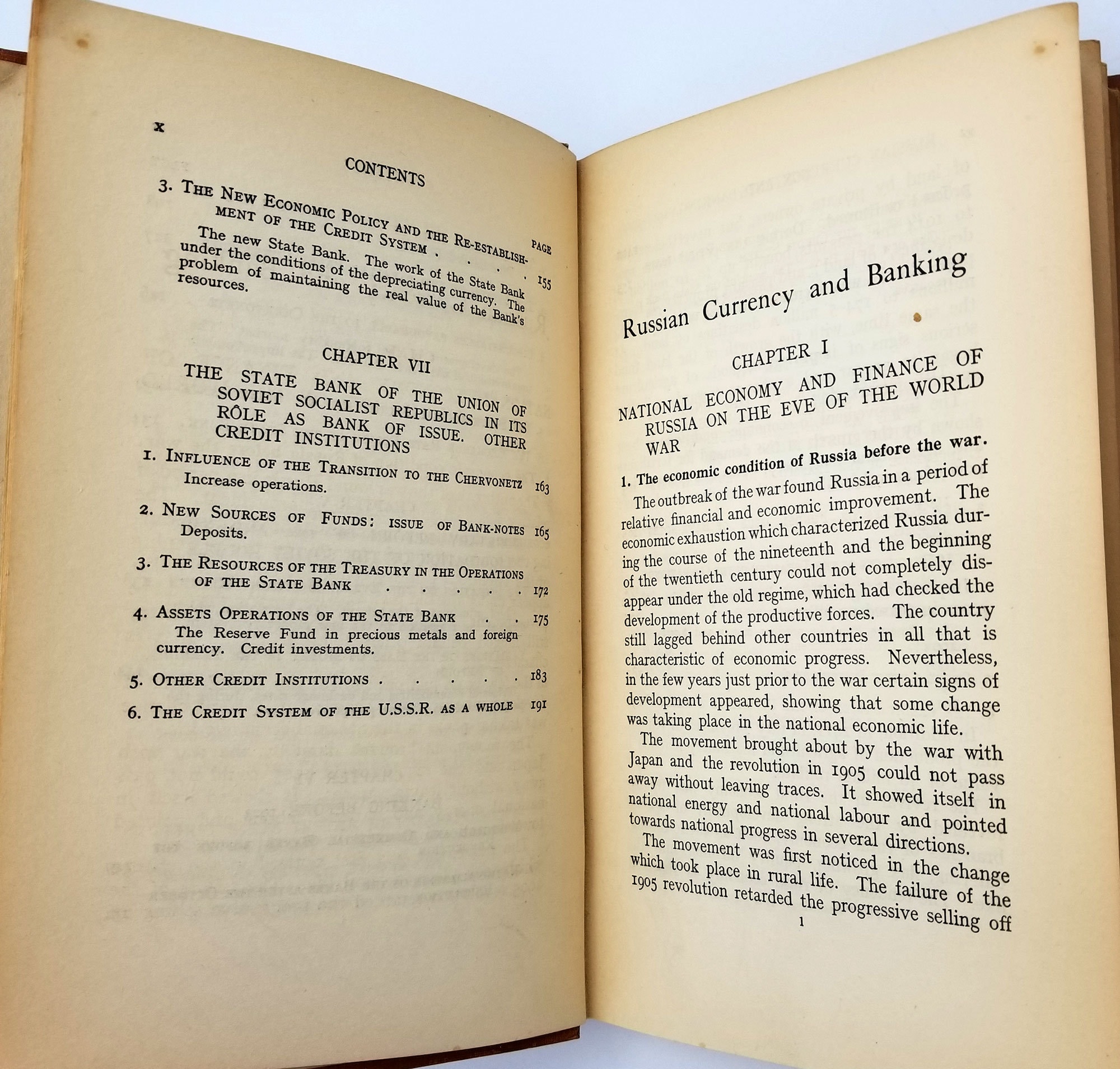 Previous owner was John M. Chapman (1887-1970), professor emeritus of banking at the Columbia University Graduate School of Business. The author, S. S. Katzenellenbaum, was a Professor of Economics at Moscow University.

Contents: National Economy and Finance of Russia on the Eve of the World War; Some Observations on the Laws Governing the Depreciation of Paper Money; Currency in Russia During the Period of the War and the Revolution--the Decline of Currency; First Steps in the Re-Establishment of Currency--the Chervonetz; Monetary Reform of 1924 and the Liquidation of the Soviet Rouble; Banking Before 1923; The State Bank of the Union of Soviet Socialist Republics in Its Role as Bank of Issue--Other Credit Institutions.