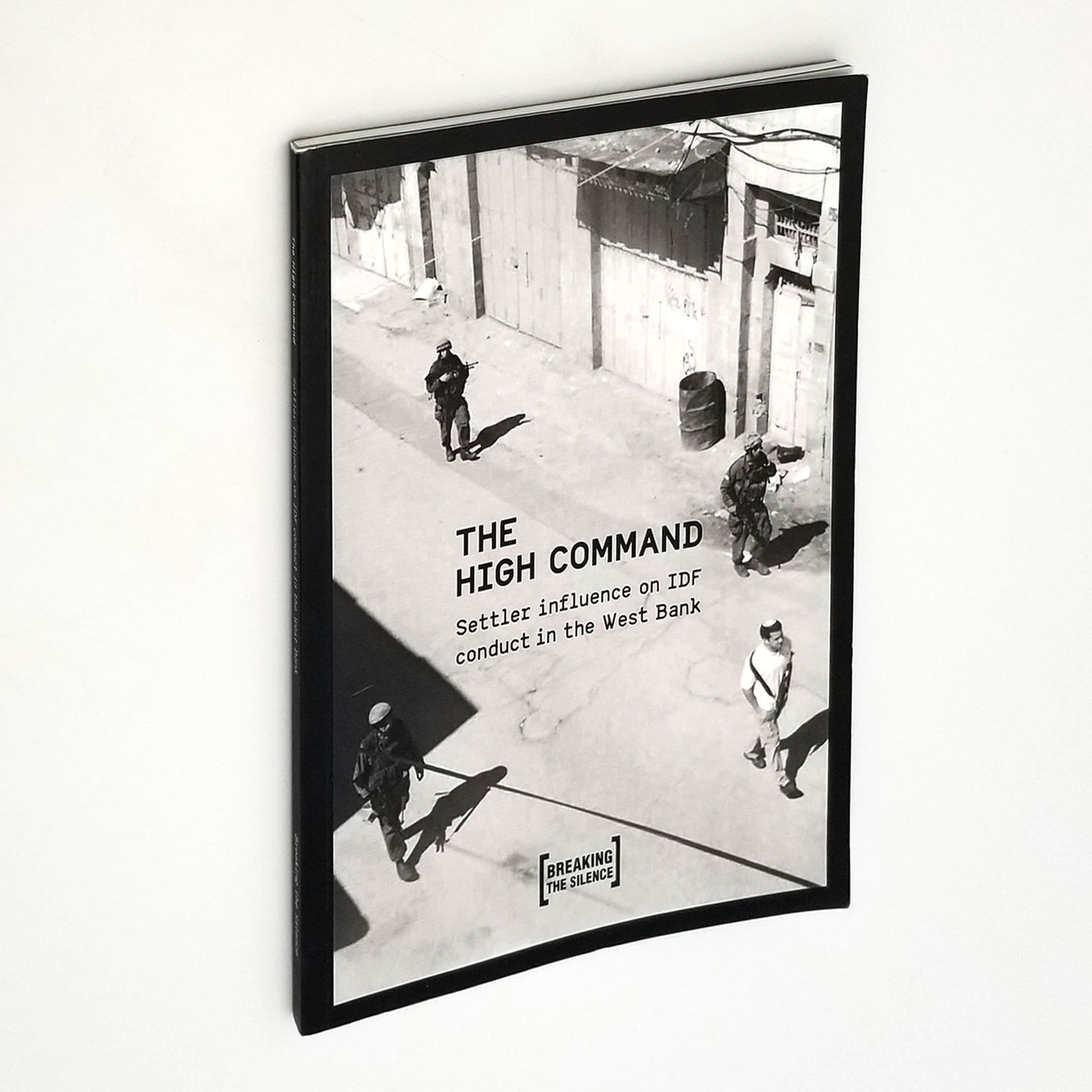 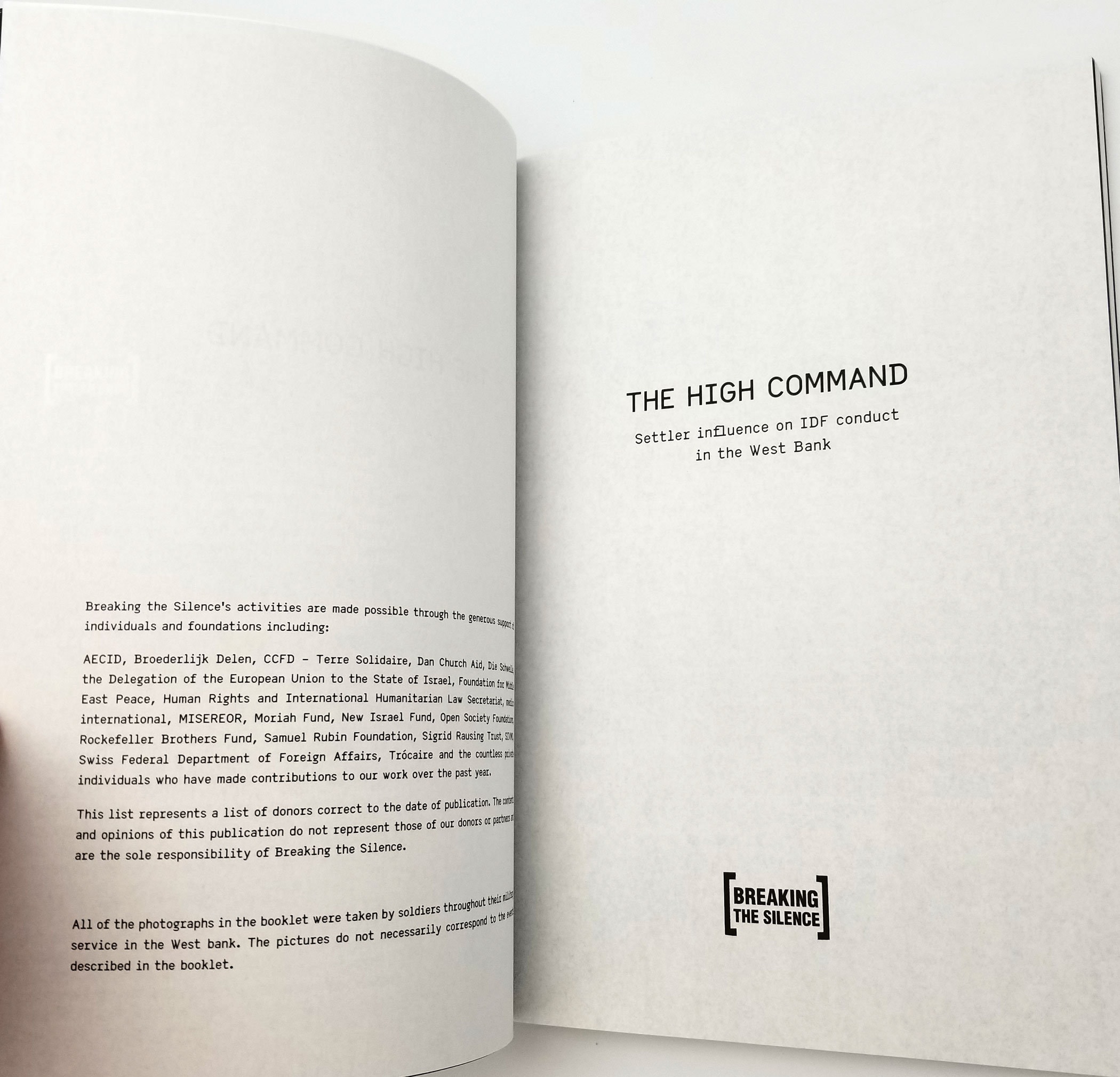 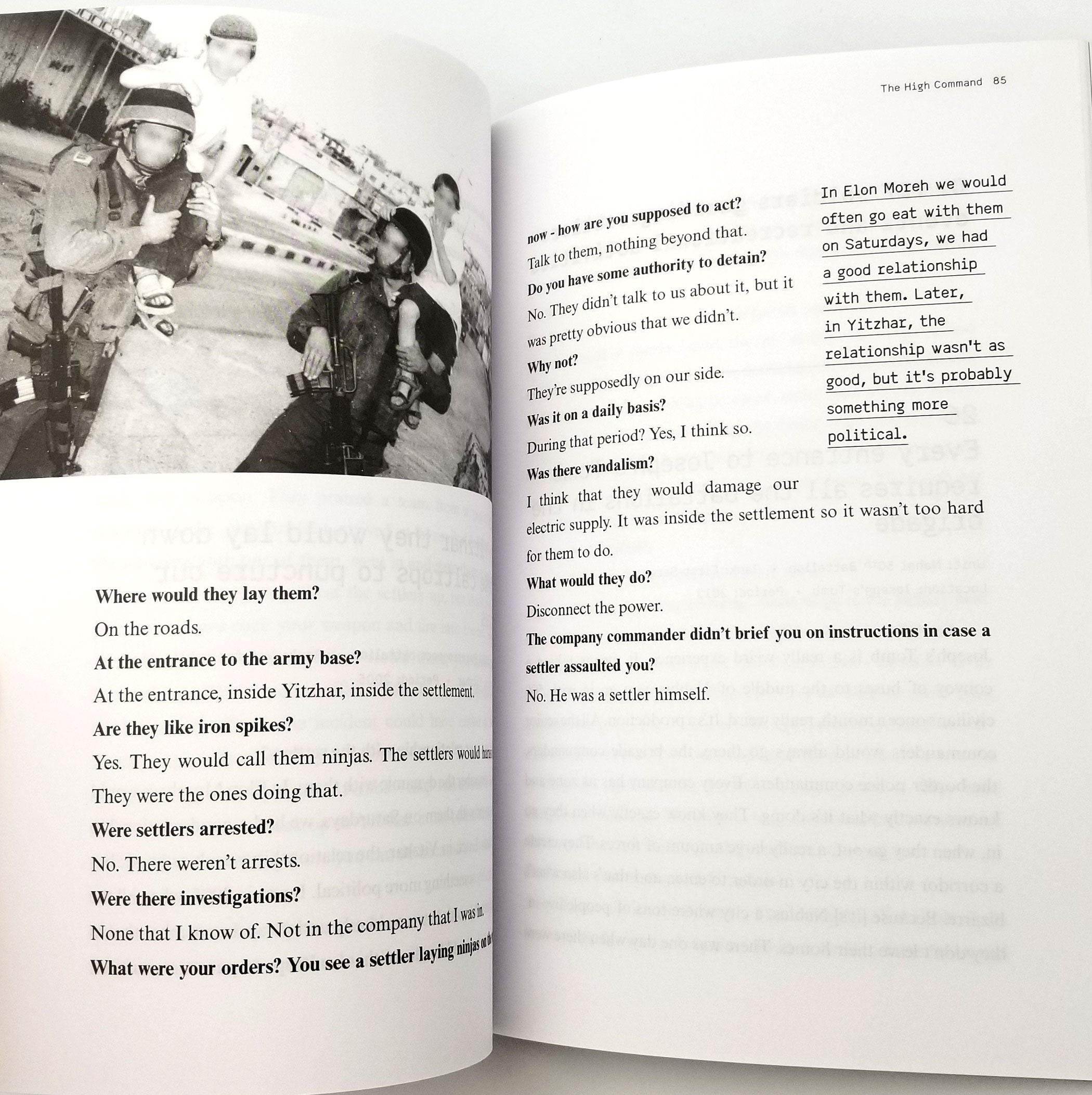 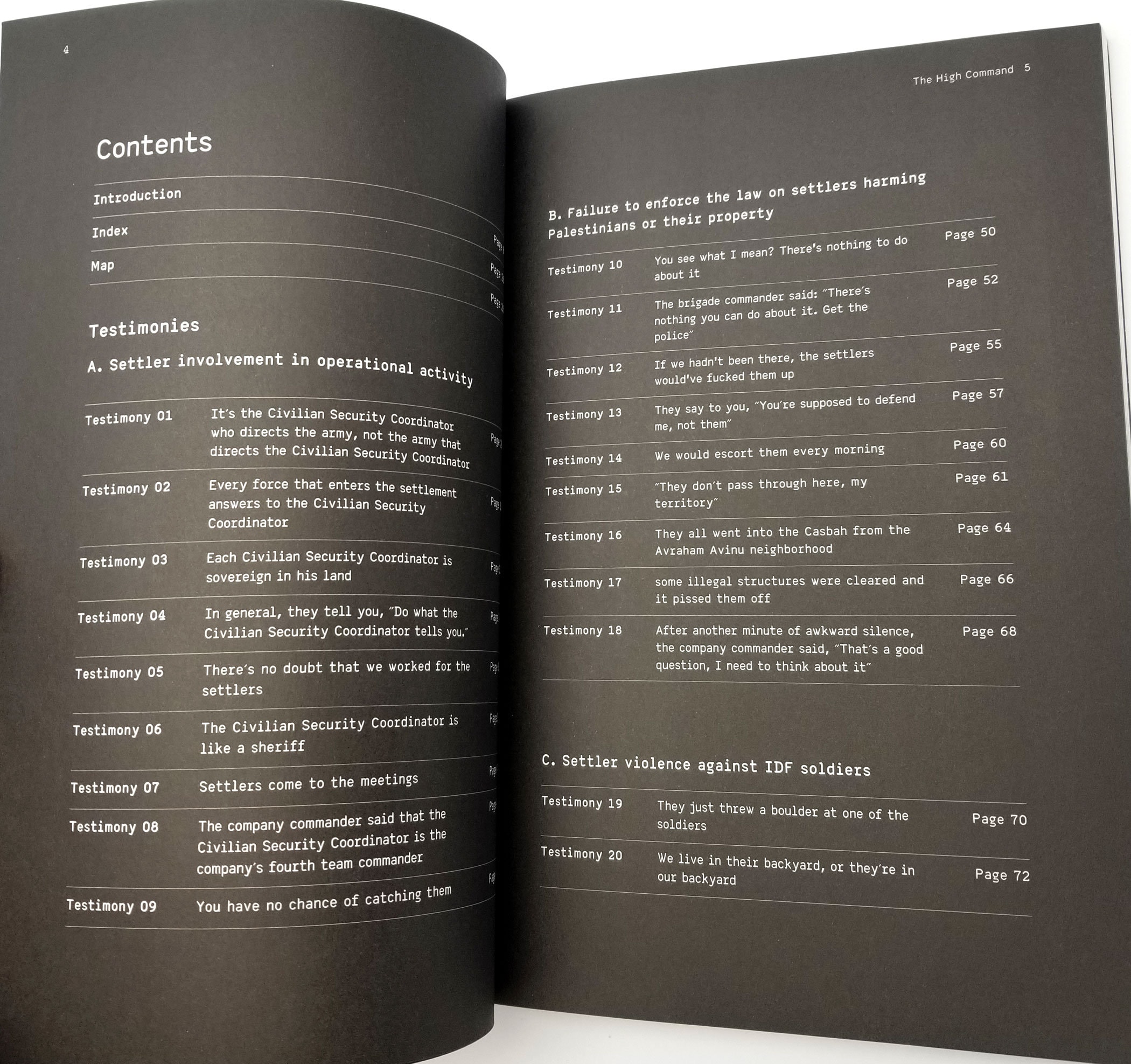 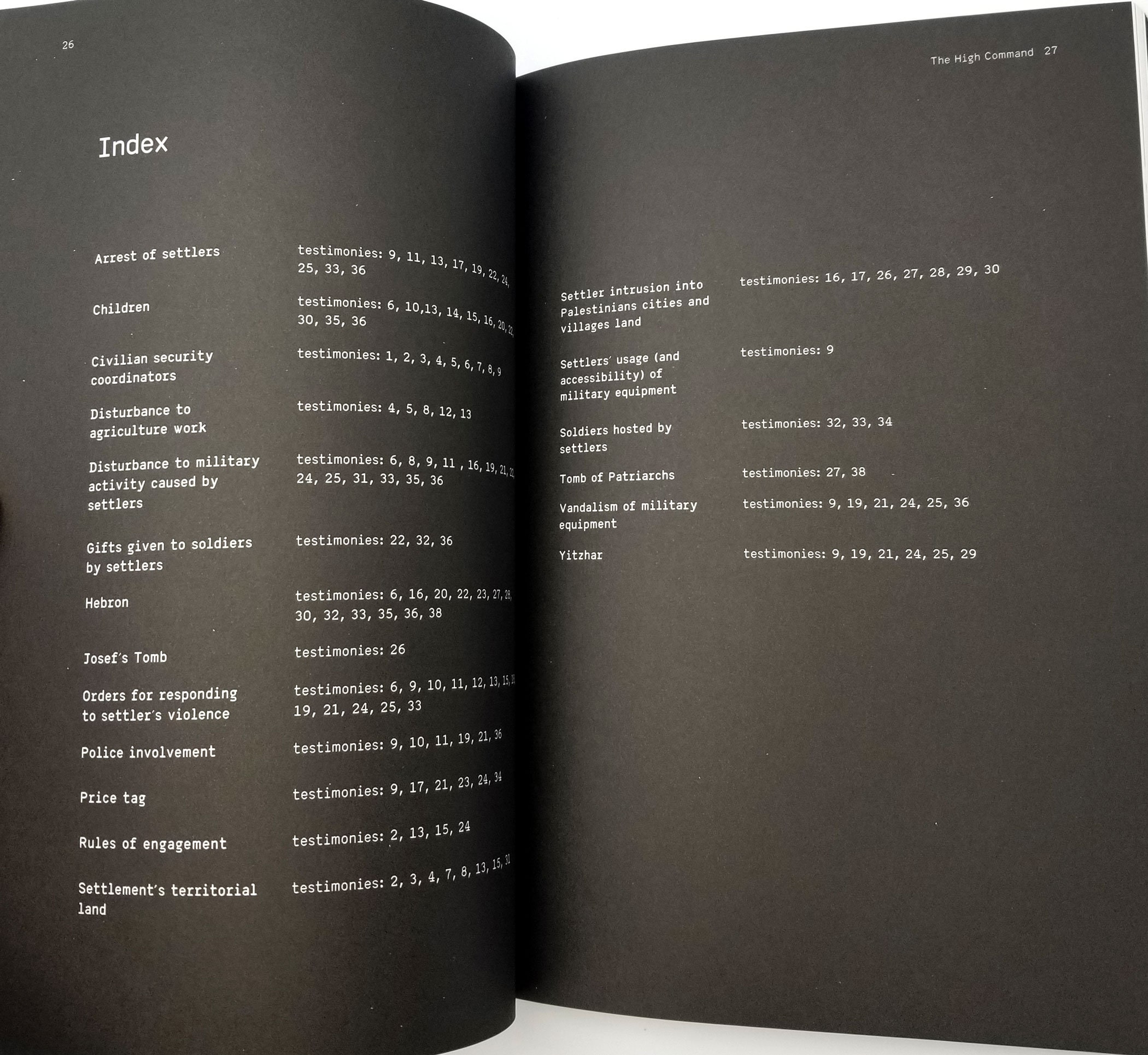 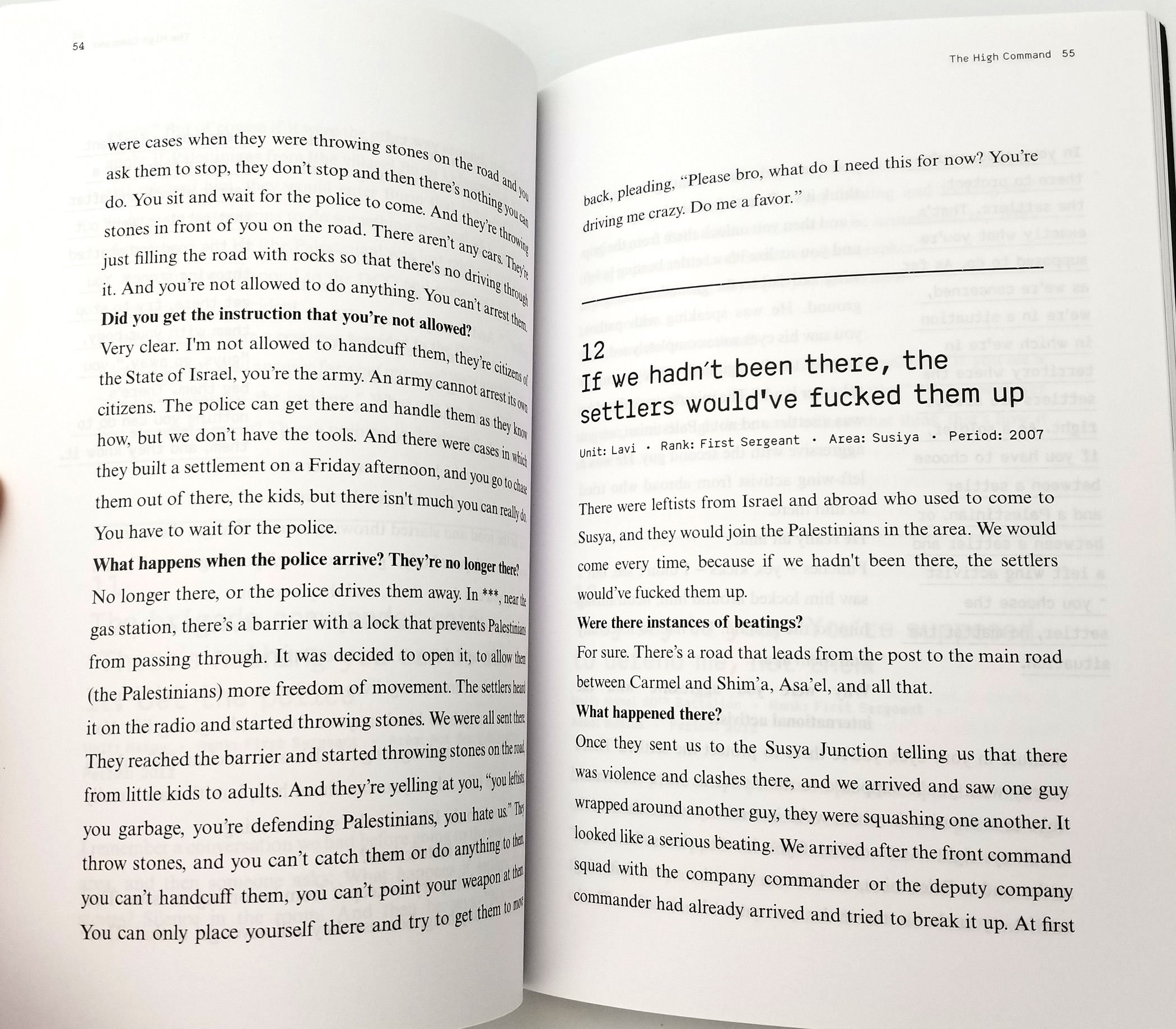 Title: The High Command: Settler influence on IDF conduct in the West Bank

Testimonies of soldiers who have served in the West Bank, in which Israeli settlements are located. The testimonies depict the characteristics and implications of the deep-seated relationship between settlers and the IDF. They describe the reality in which settlers actively participate to enforcing the military rule over the Palestinians, and indicate that the military is often used by settlers as an instrument for strengthening their grip and control of the territory. The testimonies also indicate that Israeli settlers are regularly involved in operational activities and influence their forms of implementation.