Our Soldiers: Gallant Deeds of the British Army During the Reign of Queen Victoria 1899 by William H. G. Kingston - British Empire Campaigns 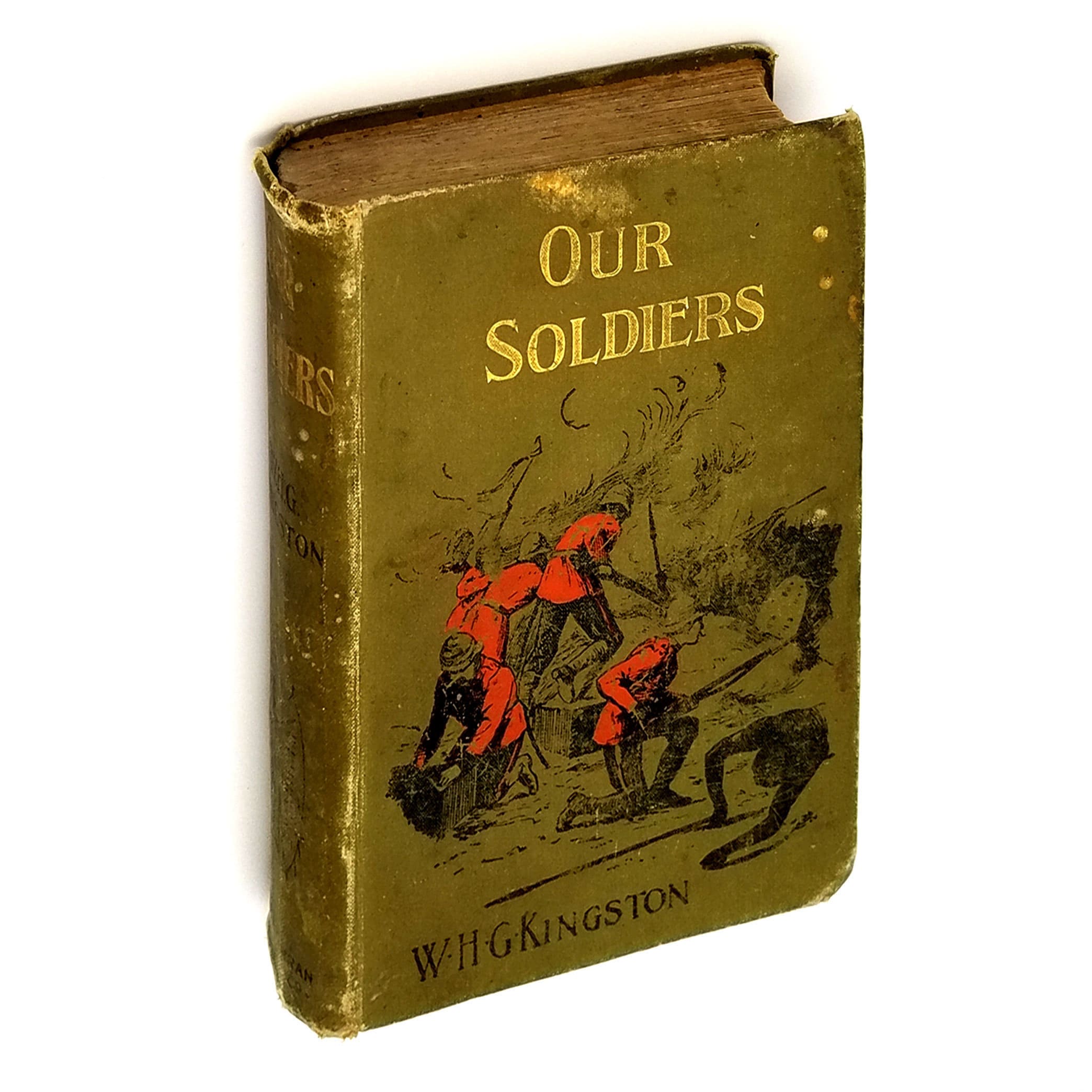 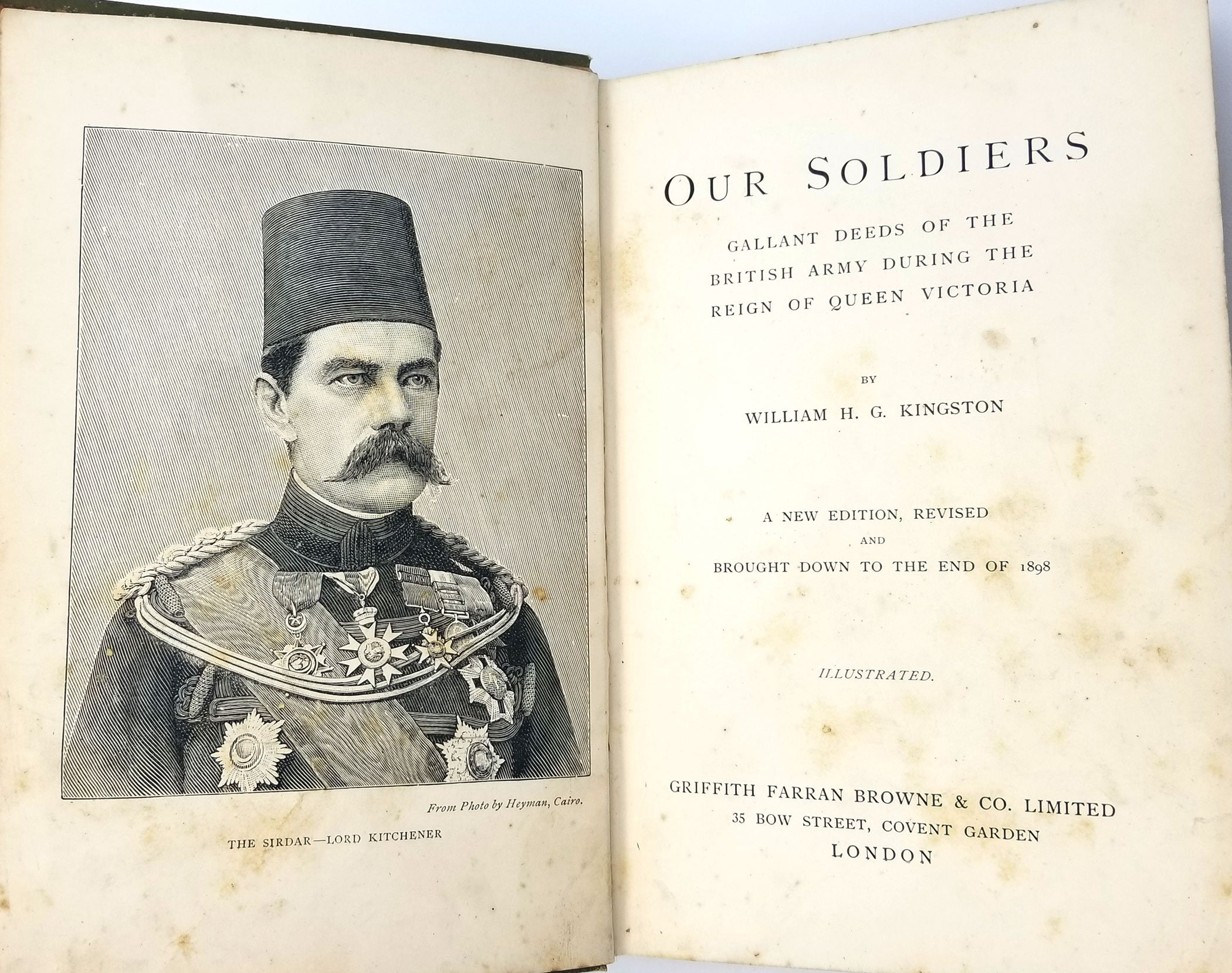 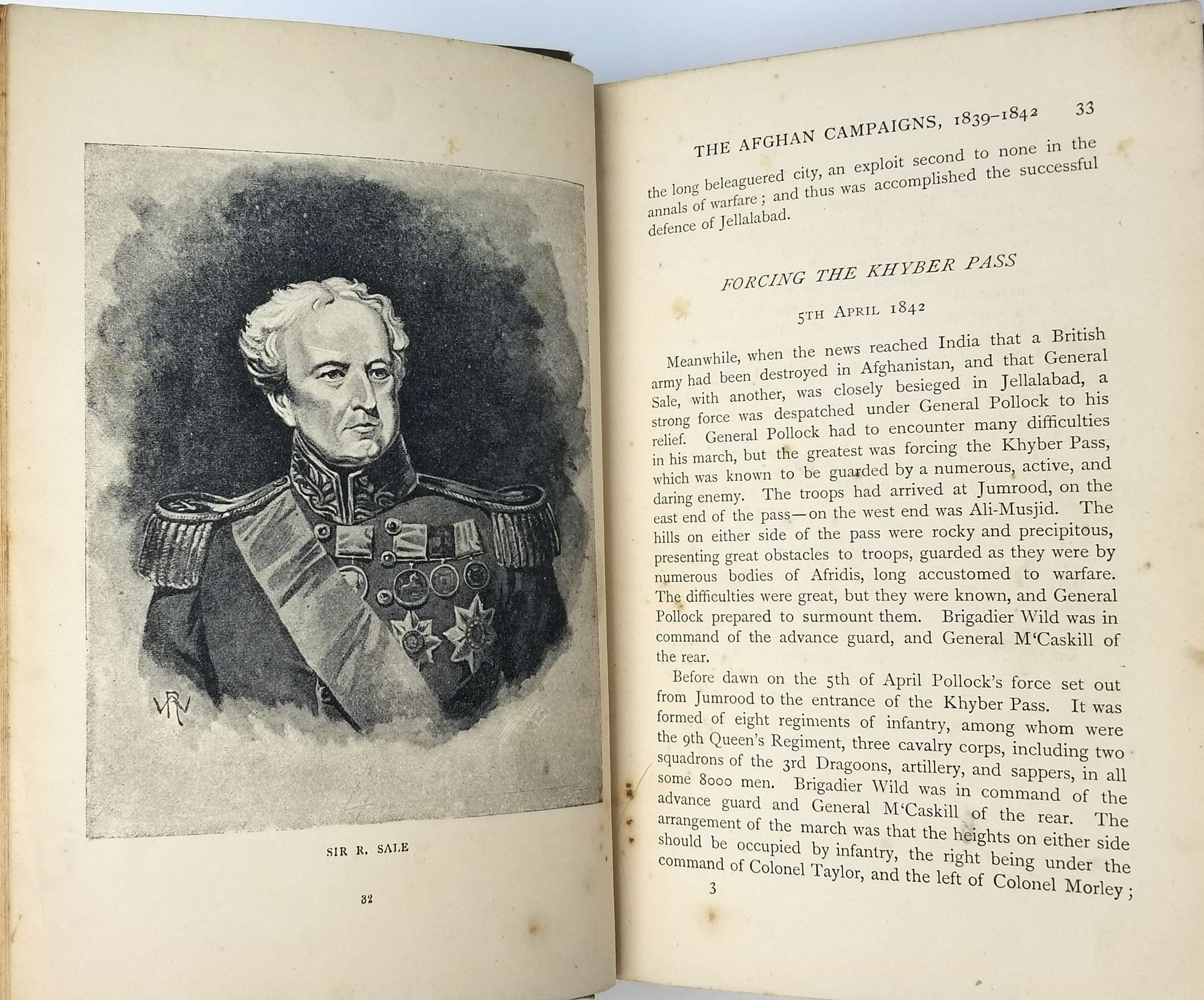 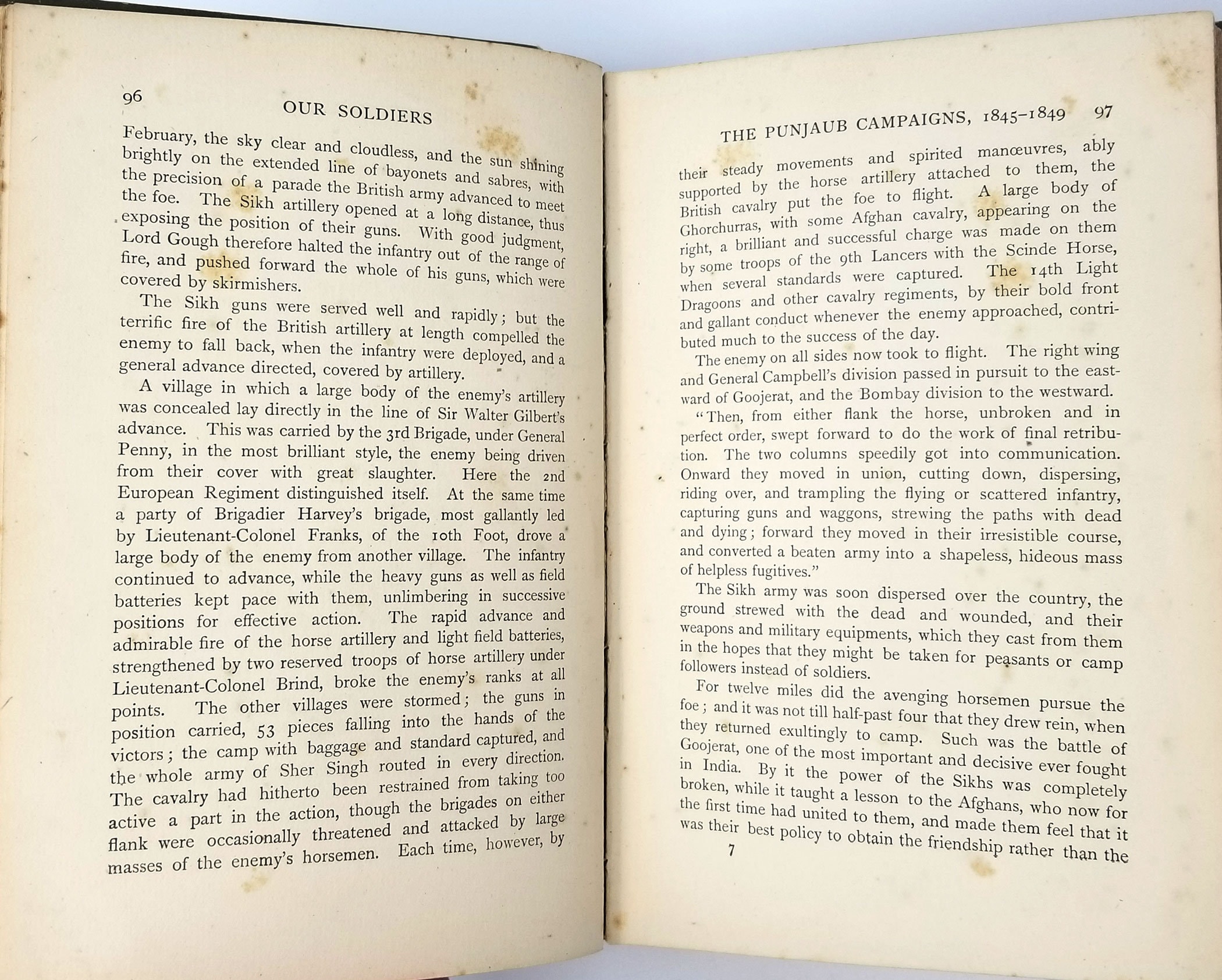 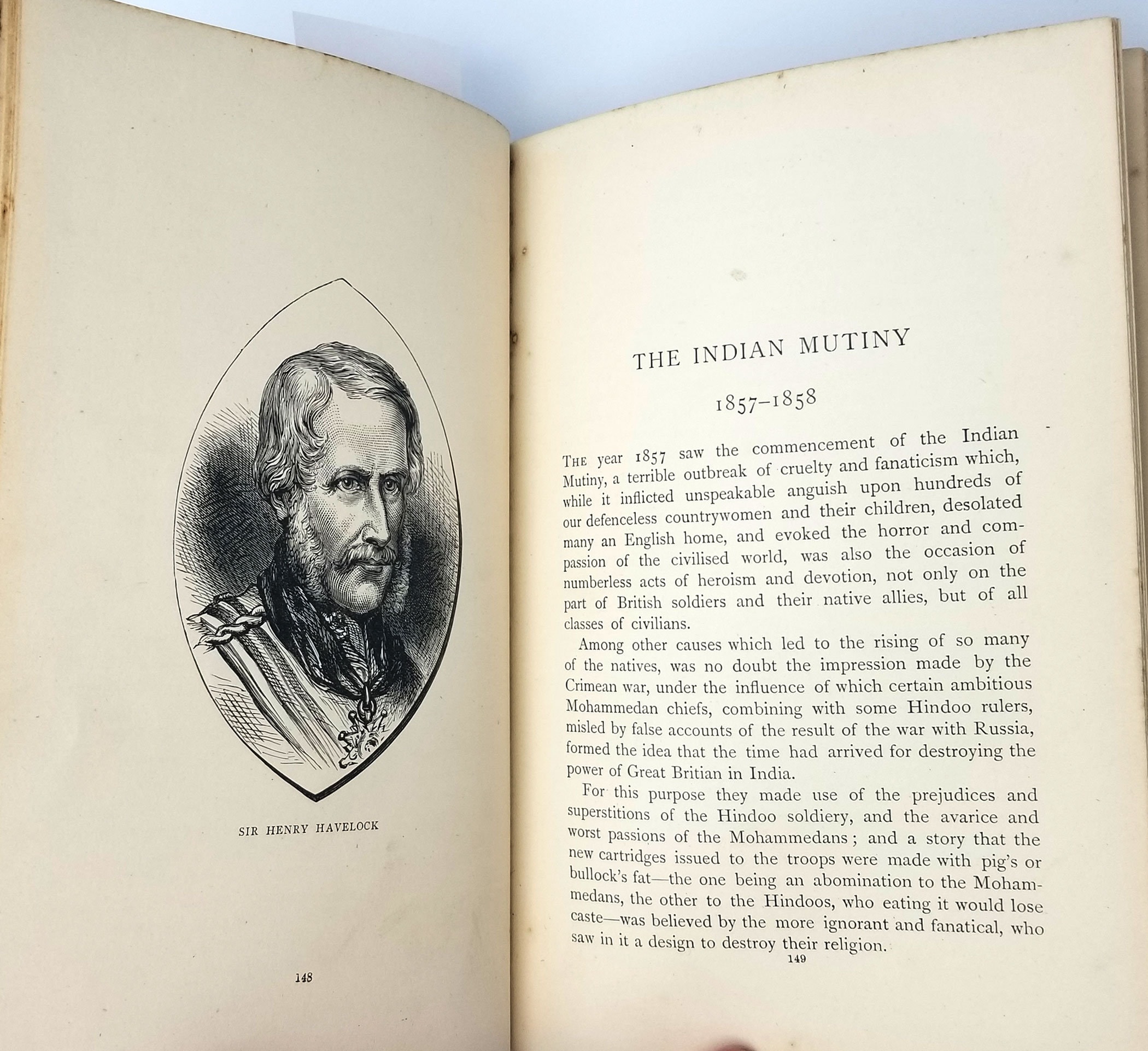 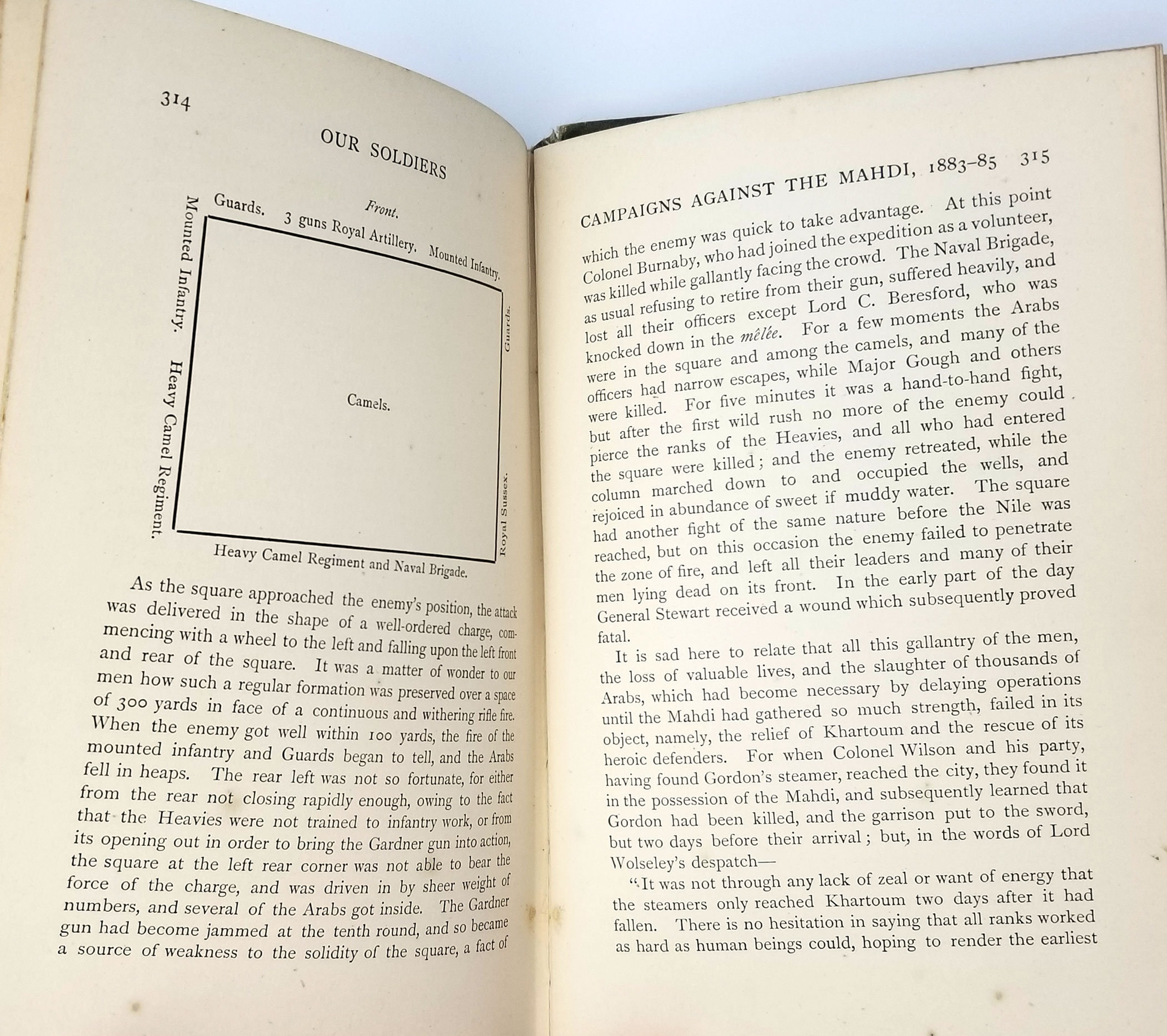 Title: Our Soldiers: Gallant Deeds of the British Army During the Reign of Queen Victoria

Description: New Edition, Revised and Brought Down to the End of 1898 (printed June 1899). Pictorial olive cloth boards stamped in gilt, red and black. Boards soiled and worn. Quite a bit of foxing and some prominent soiling to pages. Five plates including frontispiece. Previous owner's name on ffep. A couple pages show the rubber stamp for the General Hospital of Wynberg [a suburb of Cape Town]. 352 pp. 7.5 x 5.5 inches.

Accounts of military expeditions, battles, campaigns and wars fought by the British Army throughout the Middle East, Asia, India, East Asia, and New Zealand between 1839 and1898. Originally published in 1862 under the title Anecdotes of Soldiers, it was updated in 1882 by G. A. Henty, and further updated for this edition to bring it current to the end of the year 1898.