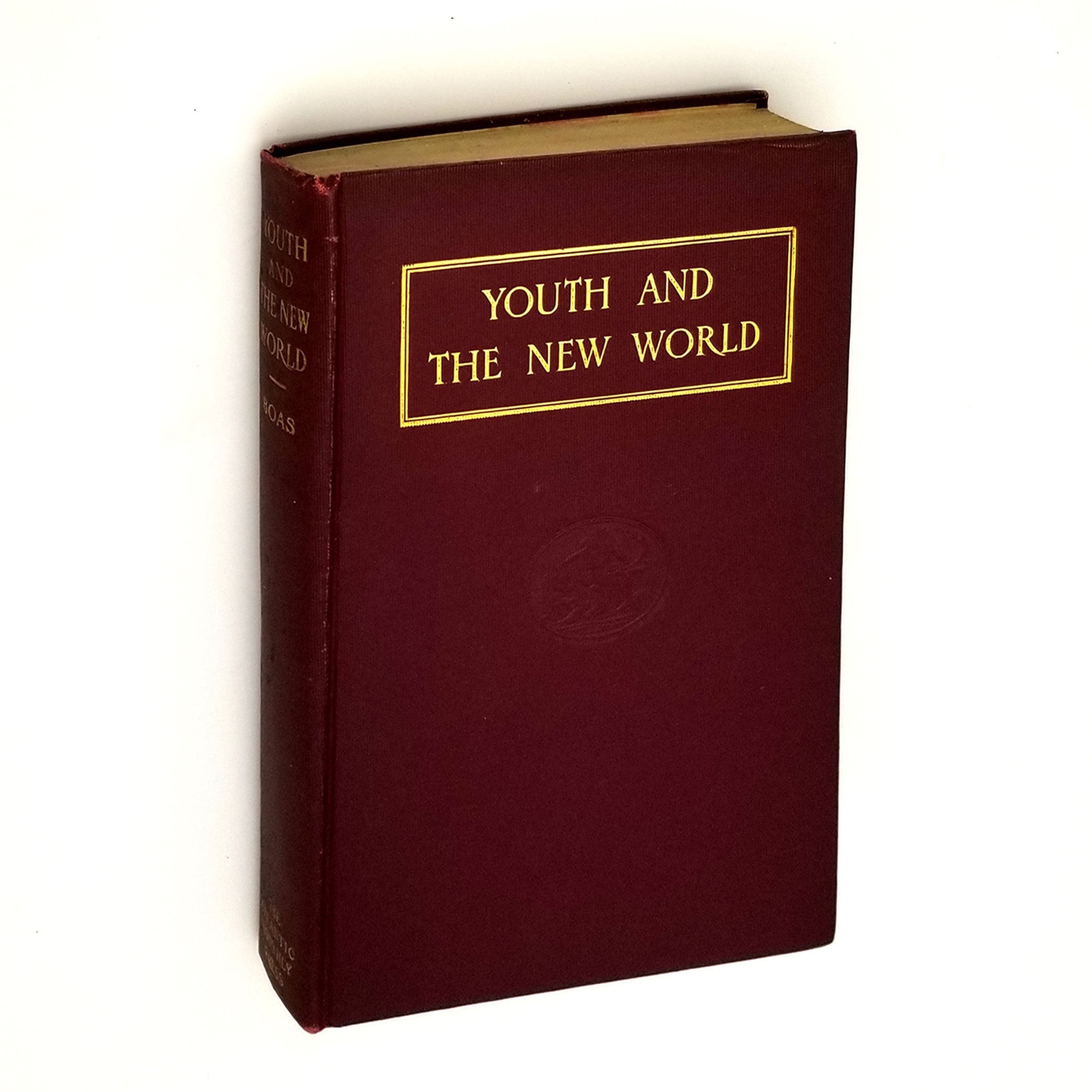 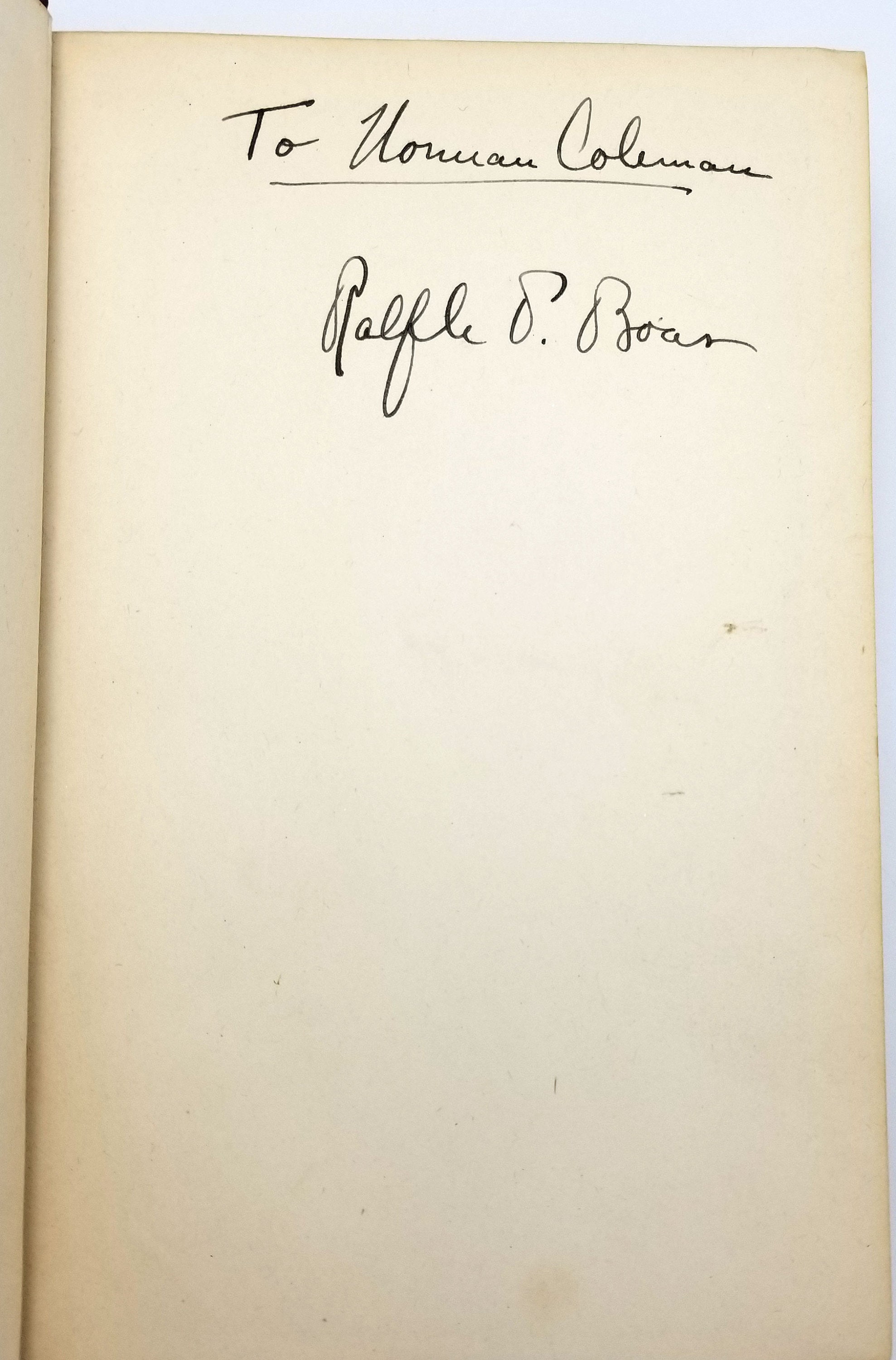 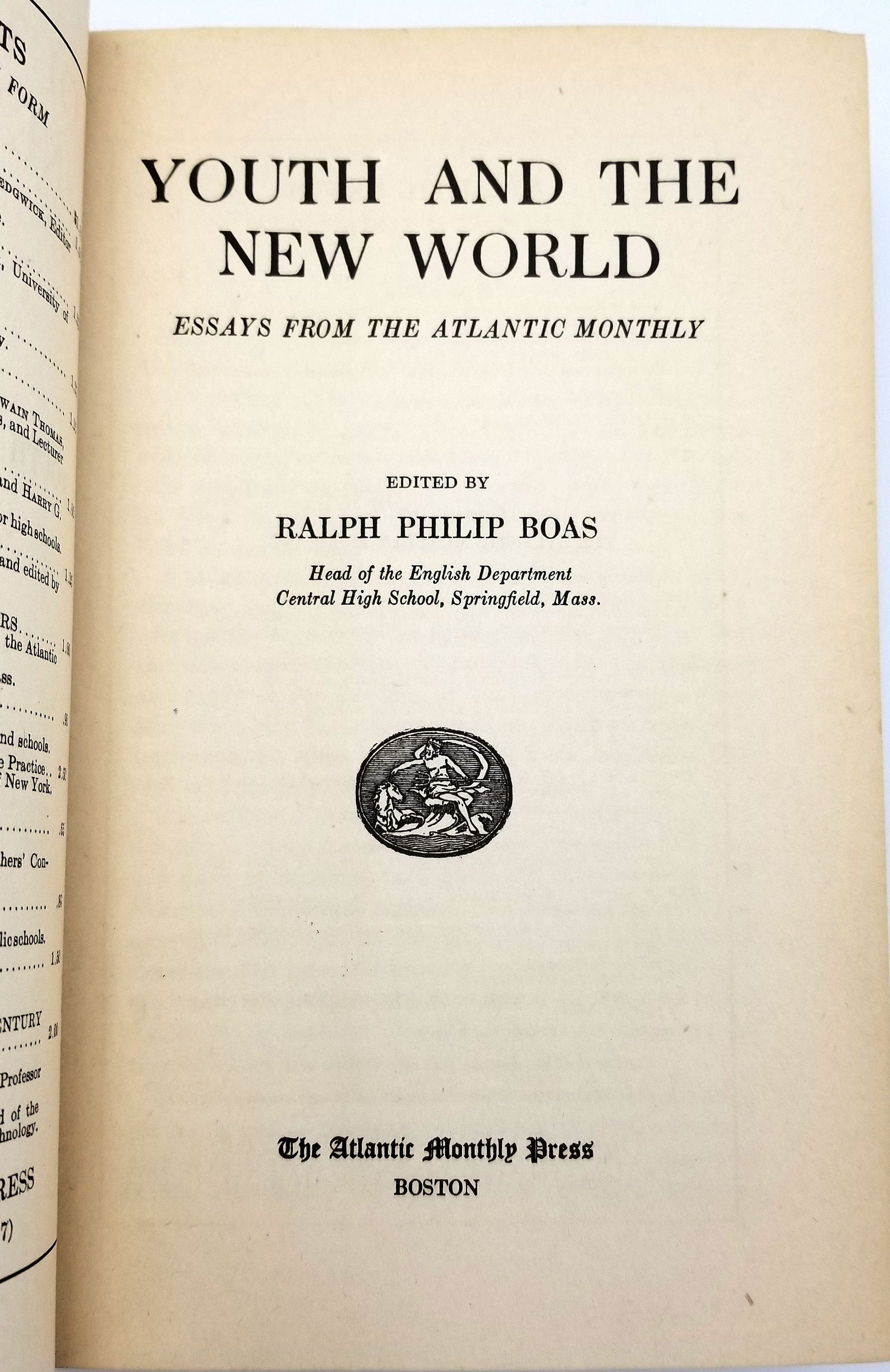 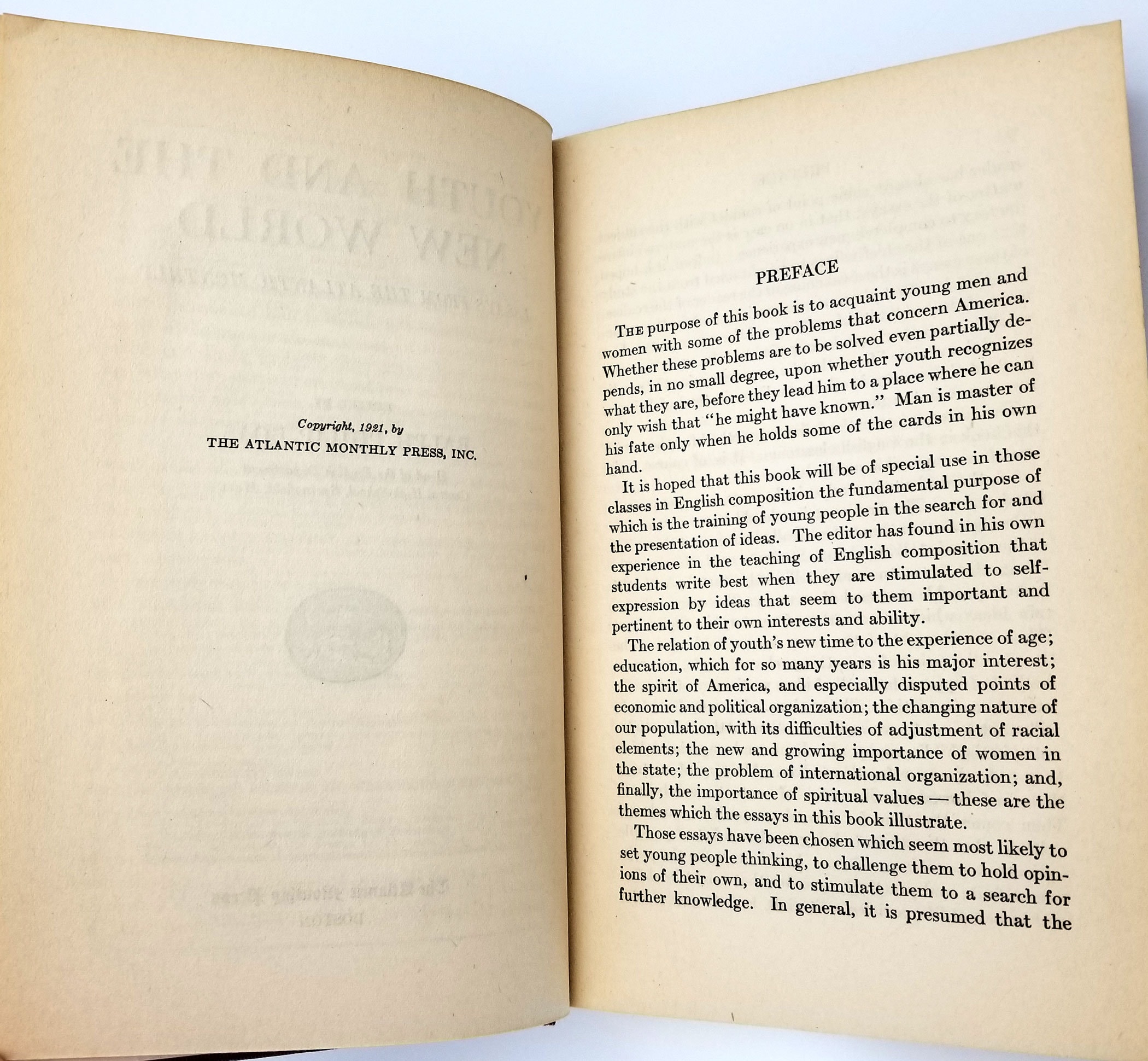 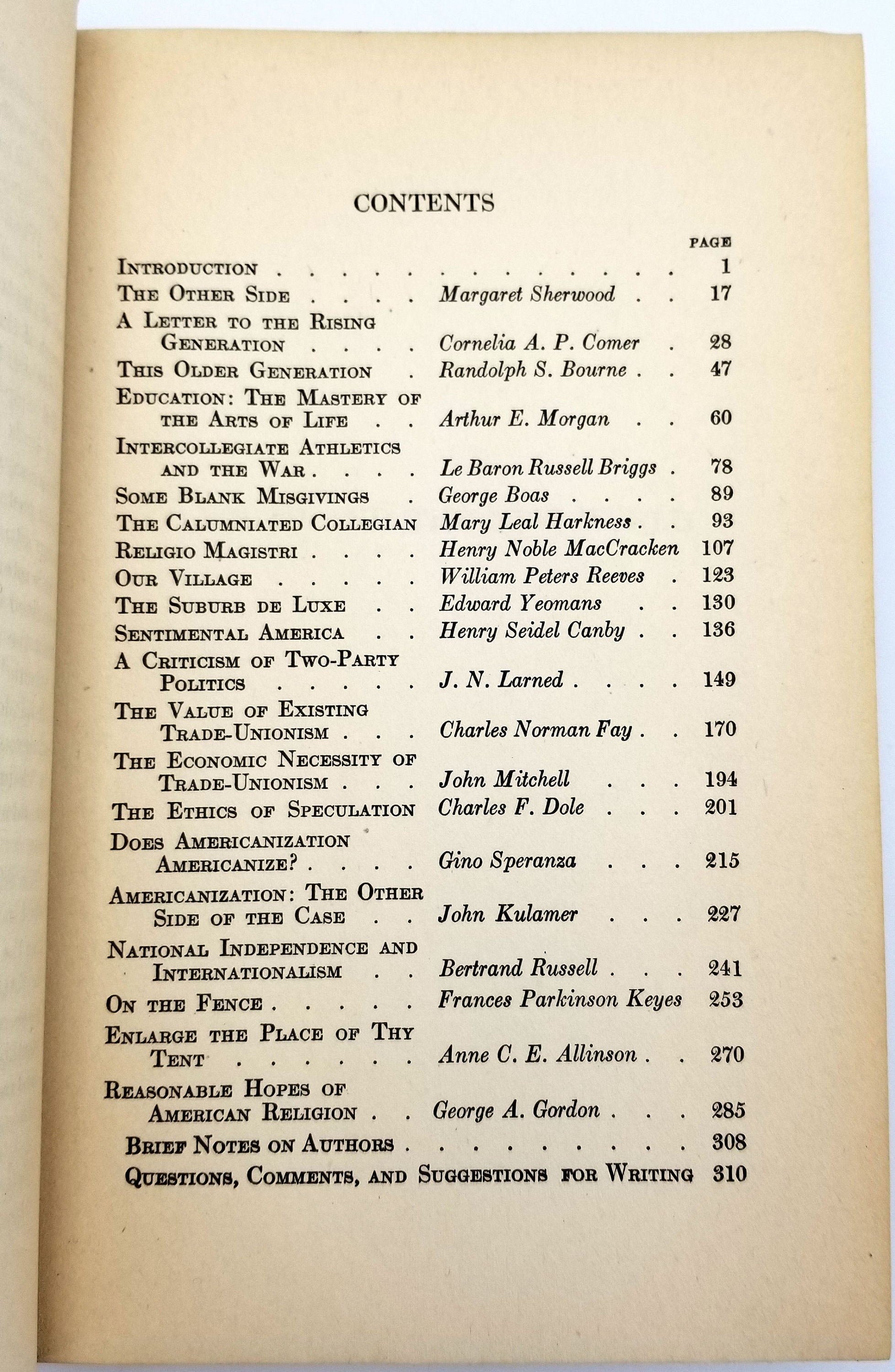 Title: Youth and the New World: Essays from the Atlantic Monthly

Description: Inscribed by Boas on the ffep. First Edition. Maroon cloth boards with gilt lettering; Atlantic Monthly logo blind stamped on the front board. Spine cocked; light wear to board edges. Pages are a bit toned; one leaf has a spot of soiling, otherwise interior is clean. 320, plus [4] pp. ads. 7.5 x 5.25 inches.

An anthology of essays regarding the current condition and future of American society, politics, international relations, Americanization, trade-unionism, education, the role of women, and popular religion, as they all stood at the end of the First World War. Authors include George Boas, Bertrand Russell, and Frances Parkinson Keyes. Includes brief biographical notes for each of the authors.

The editor and author of this volume's introduction, Ralph P. Boas (1887-1944), was an educator in Springfield, Massachusetts and later a professor at Mount Holyoke and Wheaton Colleges. He was the father of the historian Marie Boas Hall and the mathematician and educator Ralph Philip Boas, Jr.