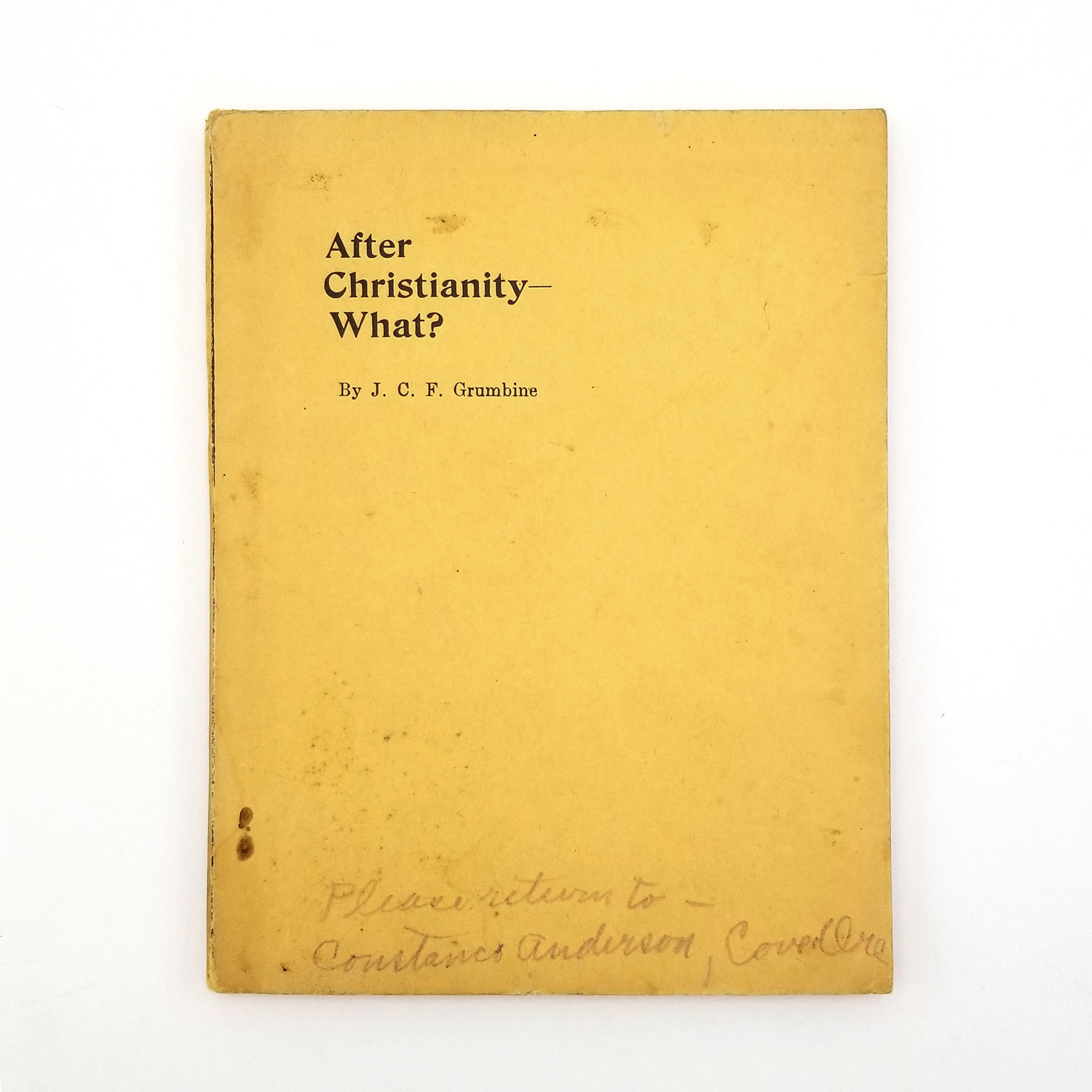 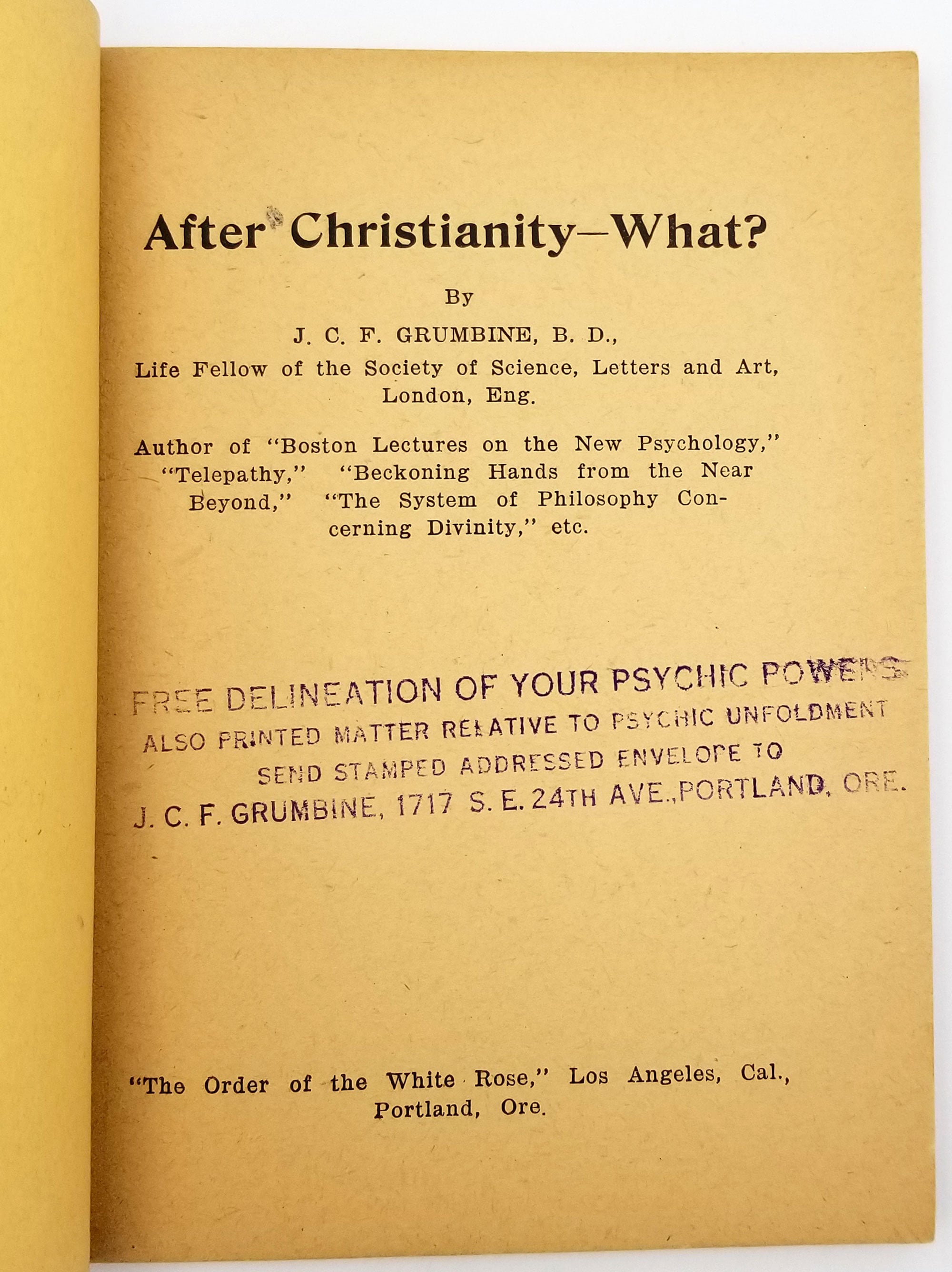 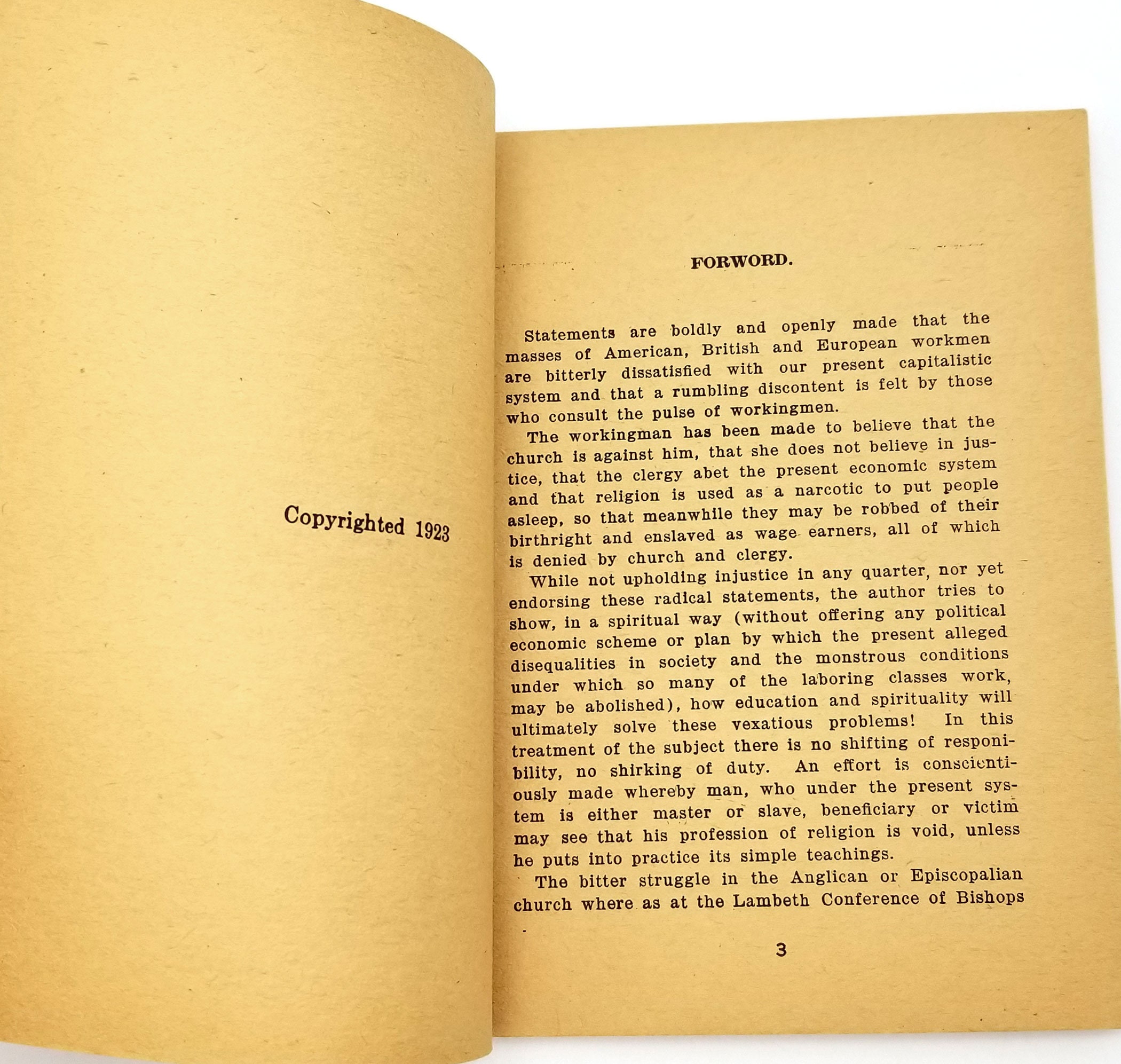 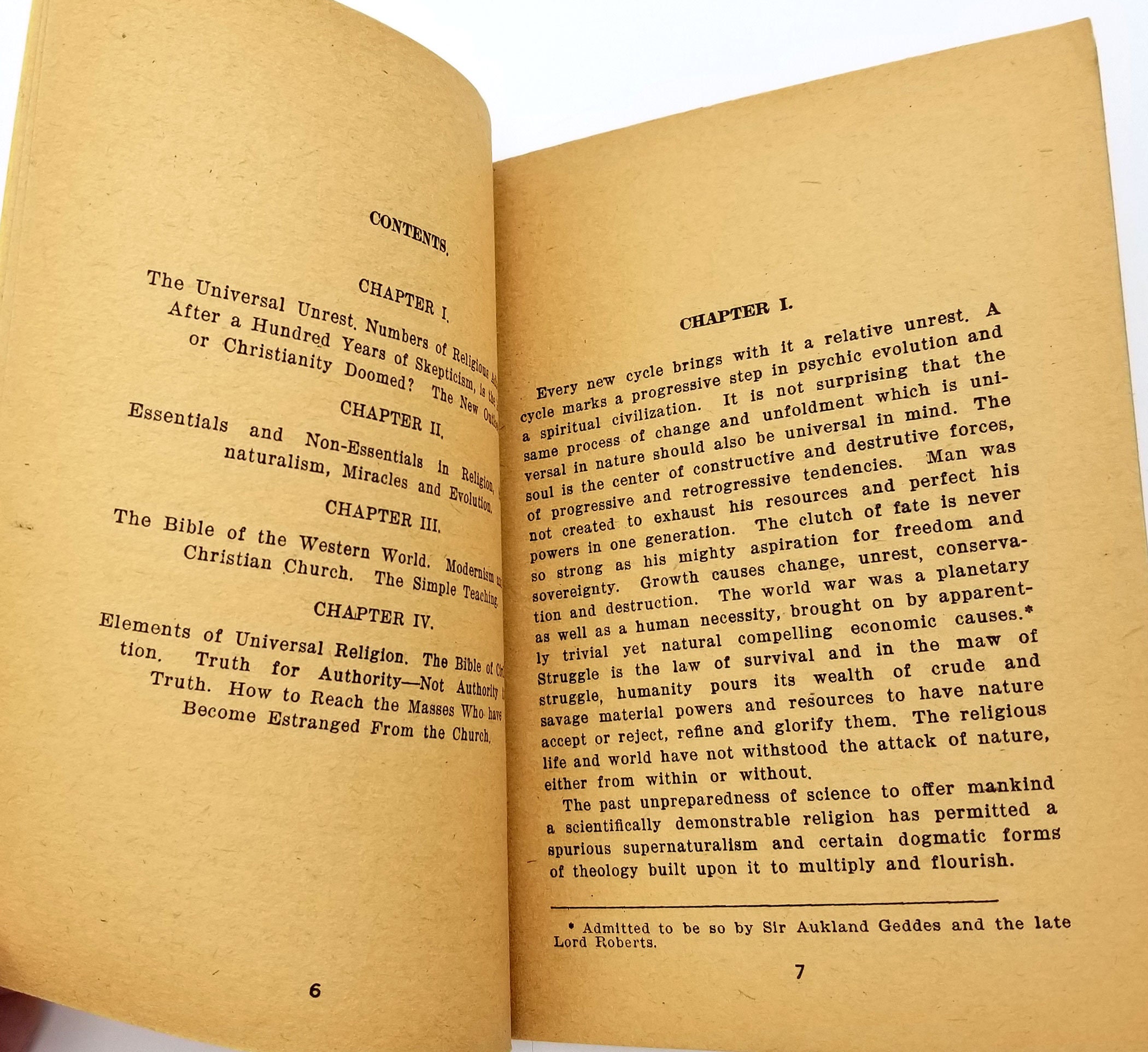 Description: Card wraps. Some light soiling and pencil notation on covers; a few pages have a little bit of pencil underlining or check marks (pen or pencil) in margin. The final page is a list of works by Grumbine and has ink marks next to a few titles. 45, plus [1] pp. ads. 6 x 4.75 inches. One copy noted in OCLC.

A rare title by J. C. F. Grumbine (1861-1938). He was an author of several works on clairvoyance, telepathy, spiritualism and occult science. He also served as a missionary for the General Assembly of Spiritualists and for several decades was a nation-wide traveling lecturer on mysticism, divine science, New Thought, and related topics. He founded the esoteric Order of the White Rose in the 1890's. He was particularly active in the Pacific Northwest in the 1920's and 30's and before that he had been active in the Boston, Chicago, and Cleveland areas.

After Christianity--What? discusses the tension between supernaturalism and naturalism (science) in the West, what sustenance the Bible and the church might offer modern man, the role of spiritualism, skepticism in the churches, and the rise of Universal Religion.

The title page has a rubber stamp that advertises a "free delineation of your psychic powers" if you send a SASE to Grumbine's home (the house where he died) near Ladd's Addition in Portland, Oregon.