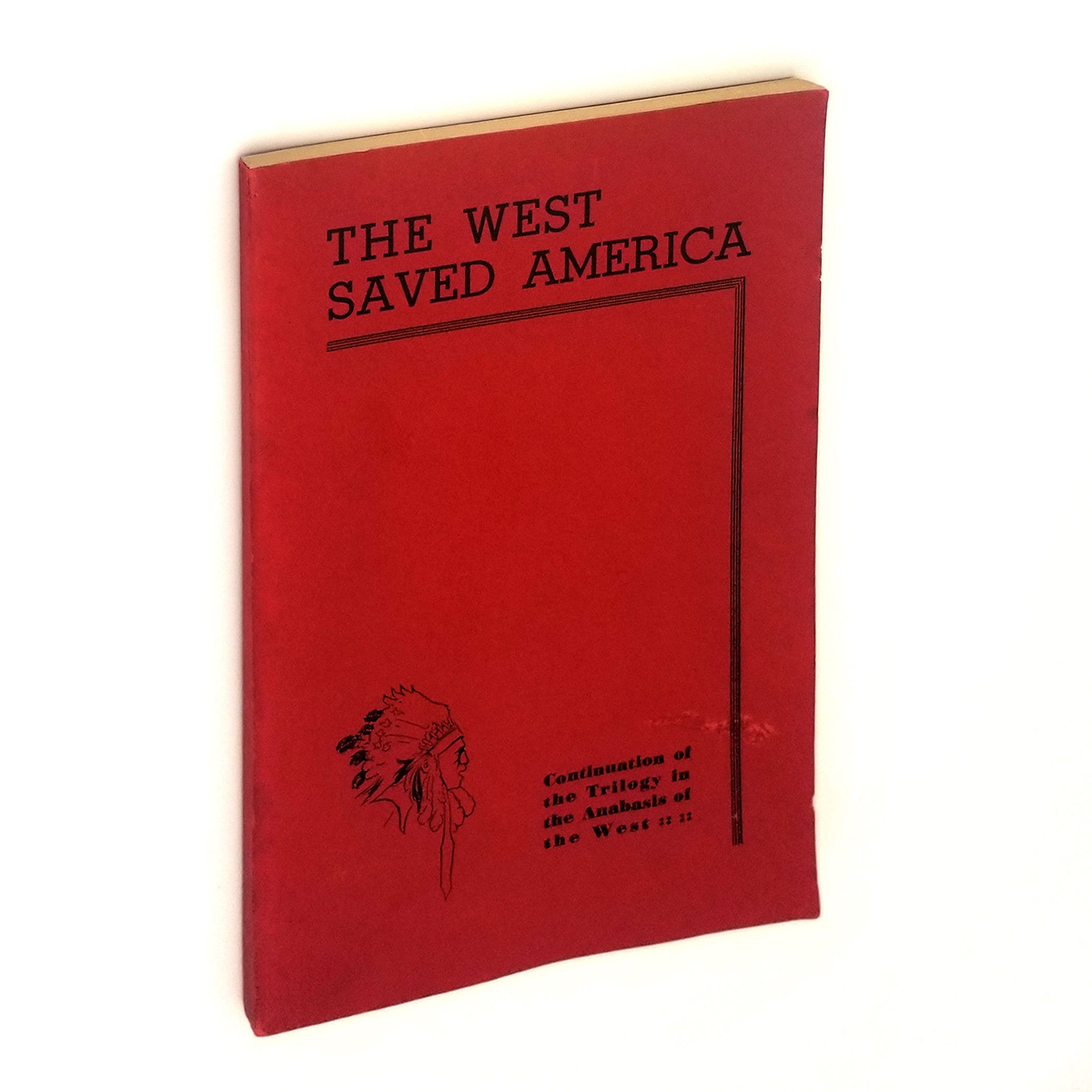 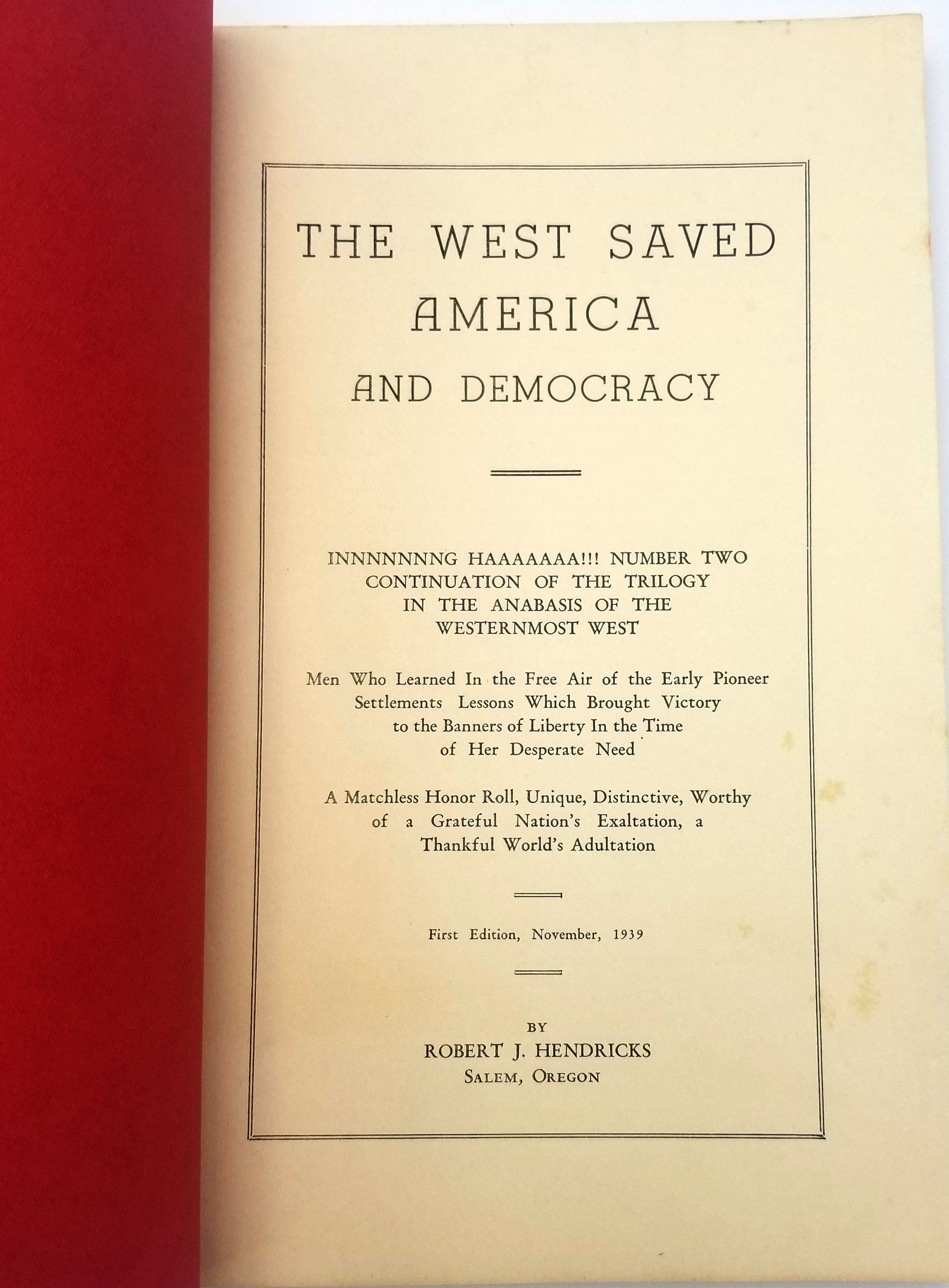 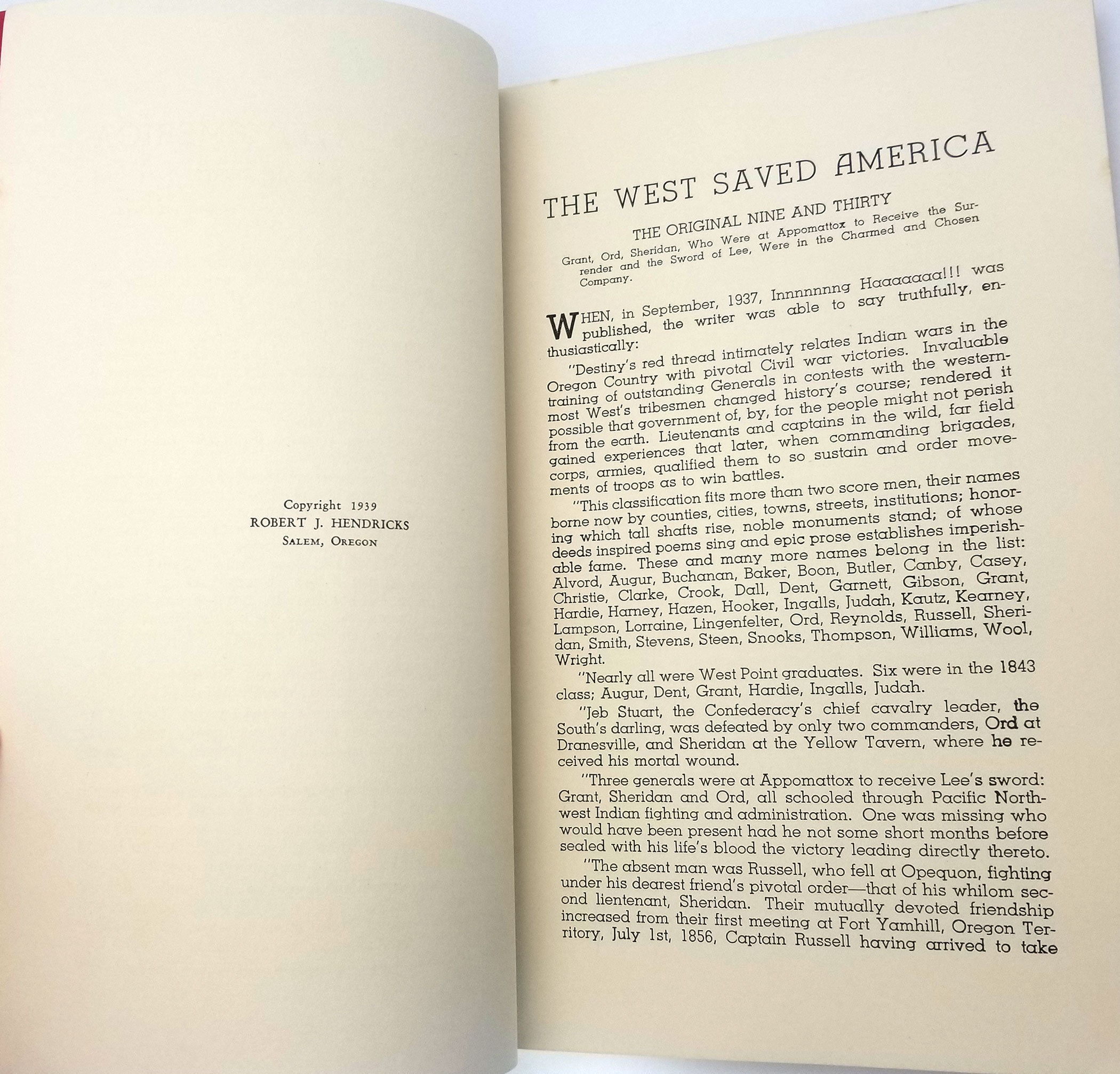 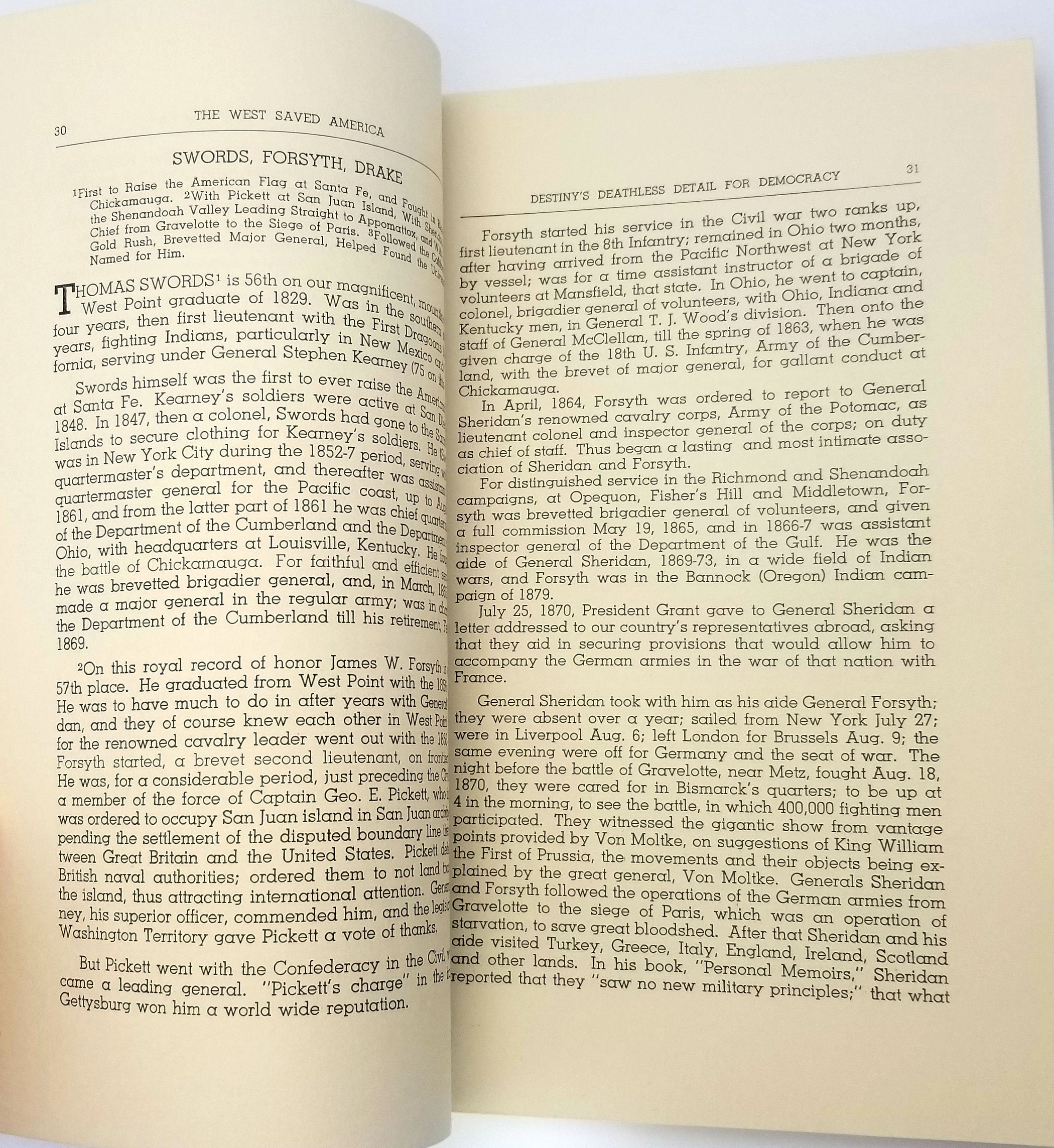 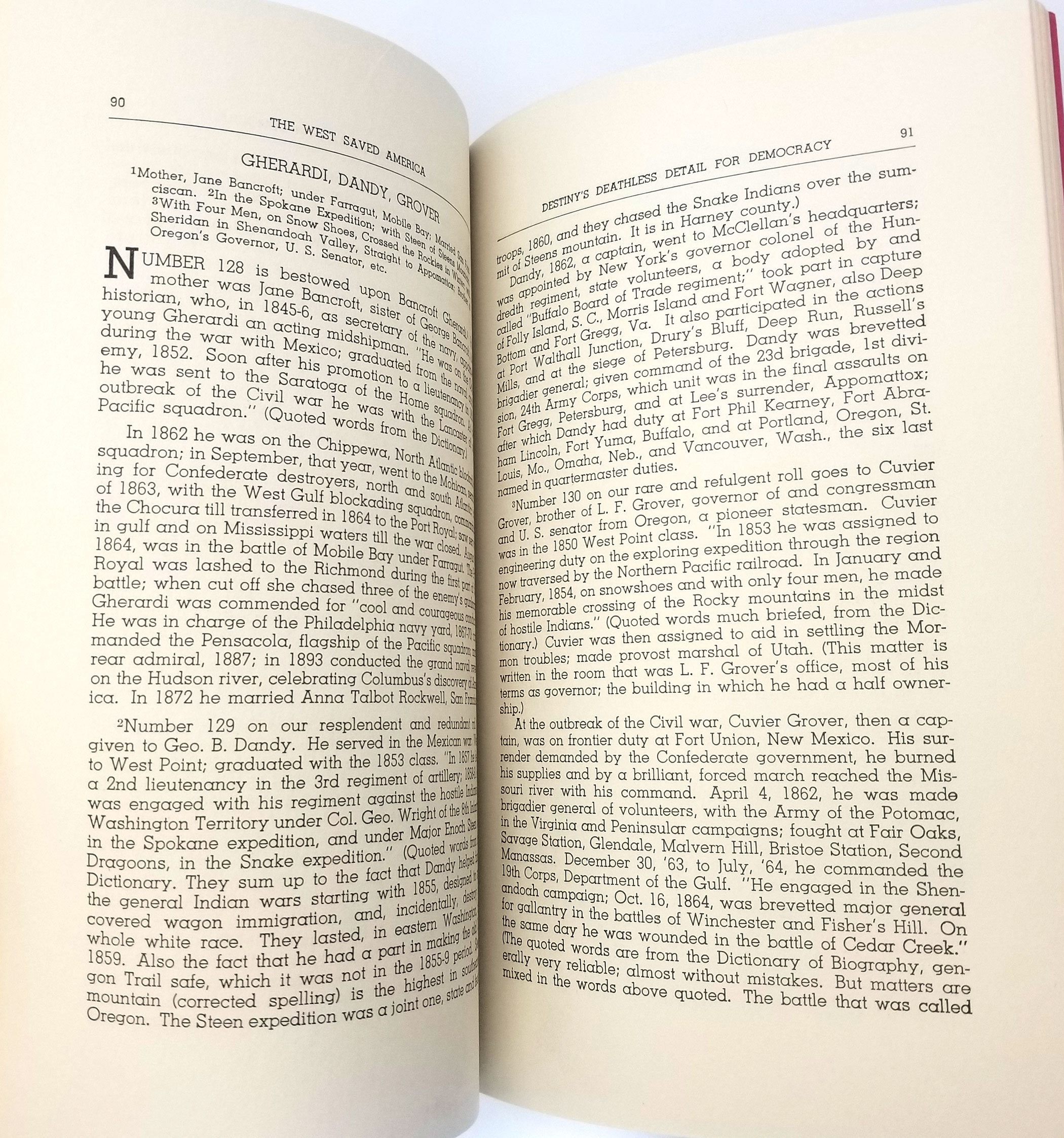 The follow up to Hendricks' 1937 book Innnnnnng Haaaaaaa!!!, in what he called the Anabasis of the Westernmost Trilogy. Includes accounts of the careers of 182 military men, many of whom were West Point graduates, who fought in the service of the country (typically Civil War, Indian Wars, and the Mexican-American War) and who had connections to activity in the Oregon and California, and occasionally to the Washington Territory, Mexico or Latin America. Robert Hendricks (1863-1943) was a native Oregonian, author, longtime newspaper editor, and the publisher of the Oregon Statesman for 44 years (1884-1928). He also wrote historical column for that paper.