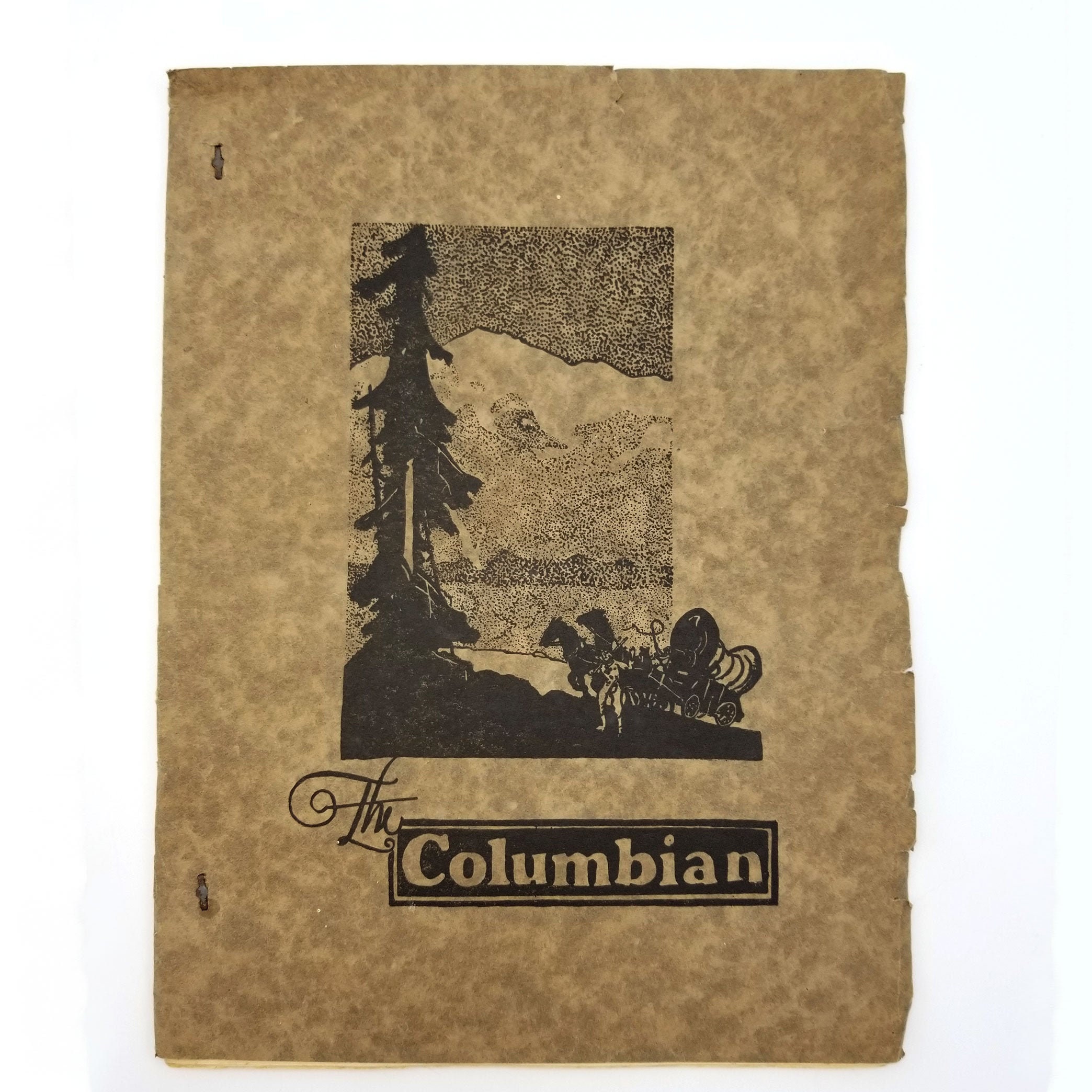 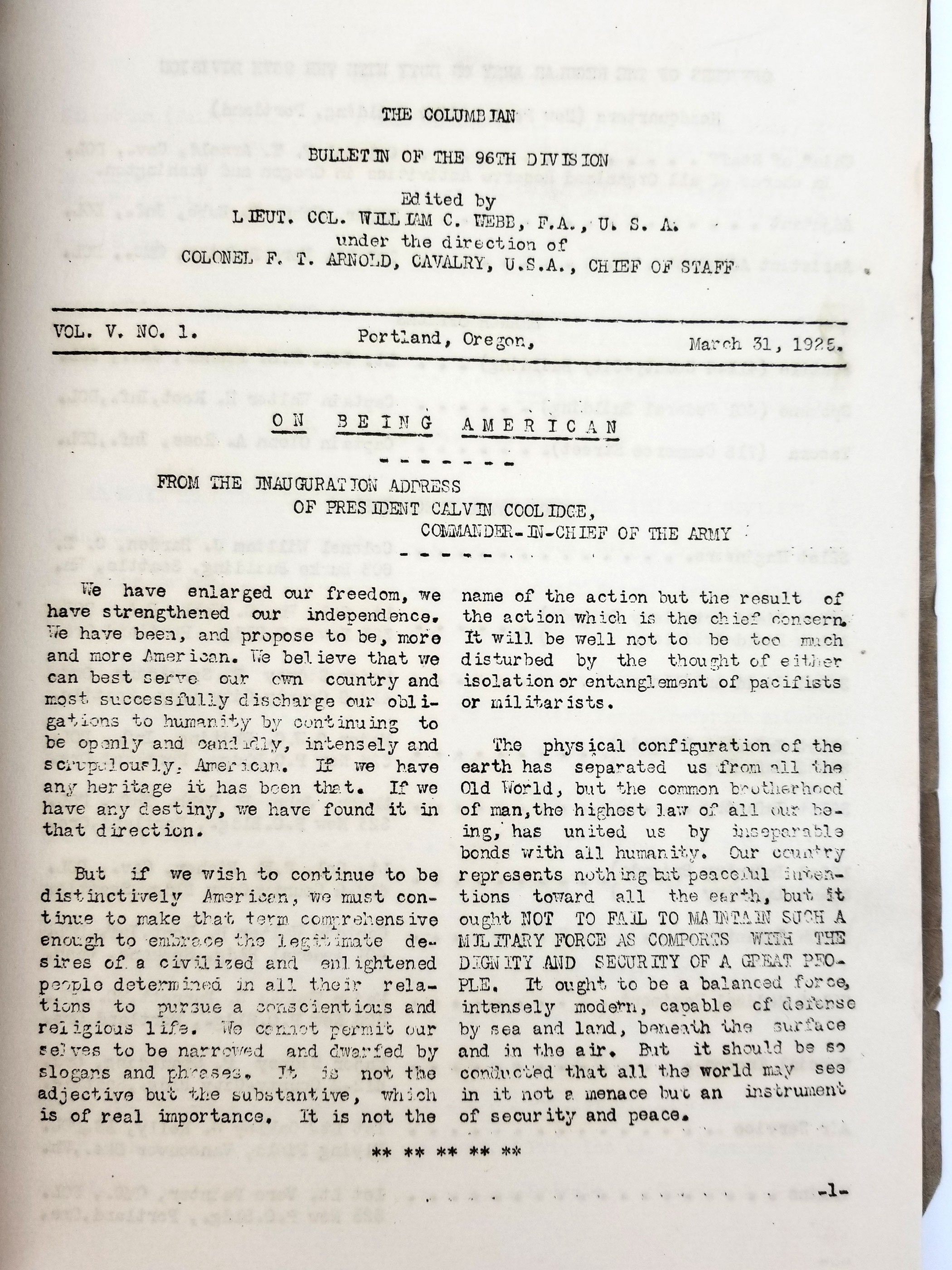 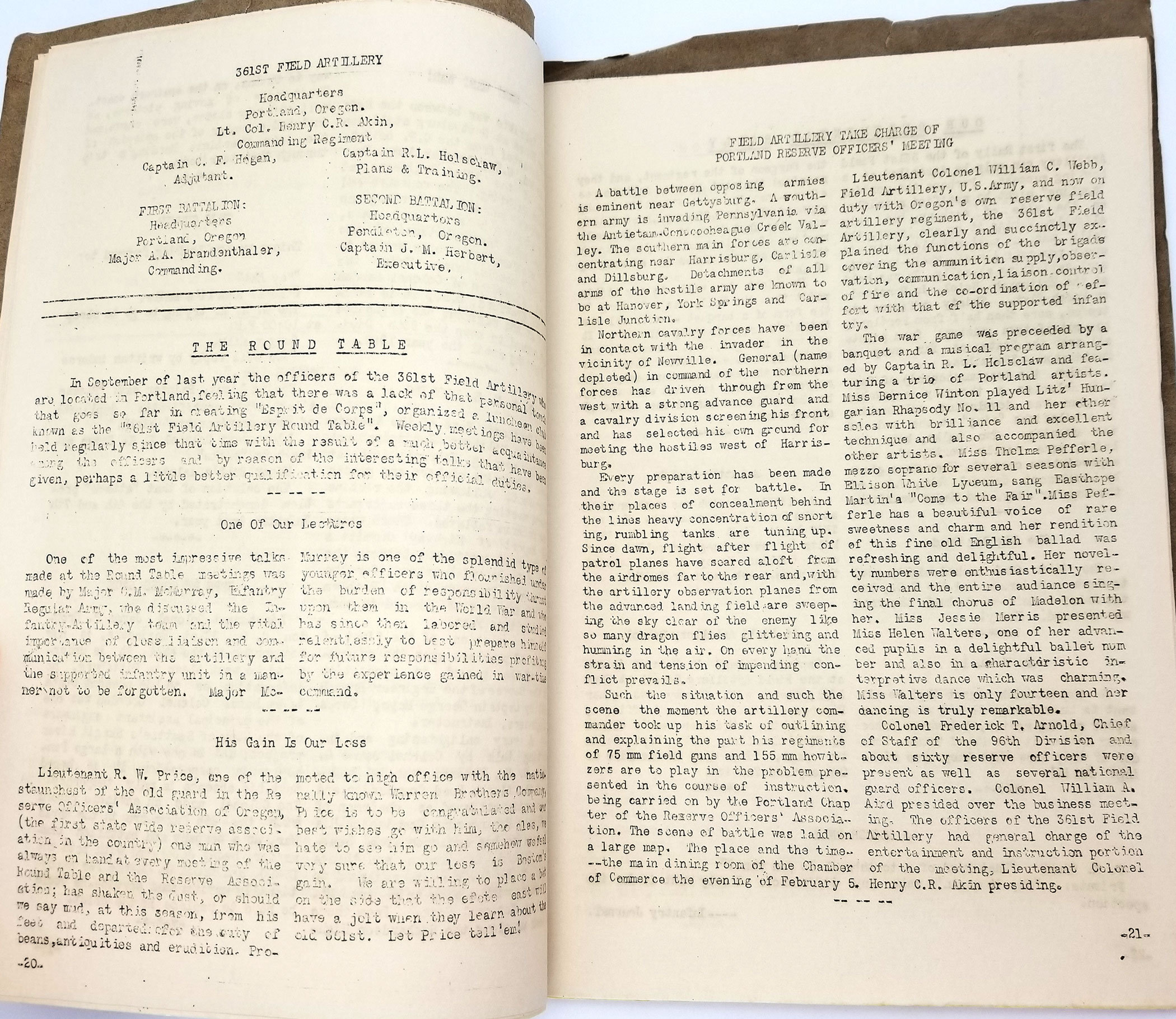 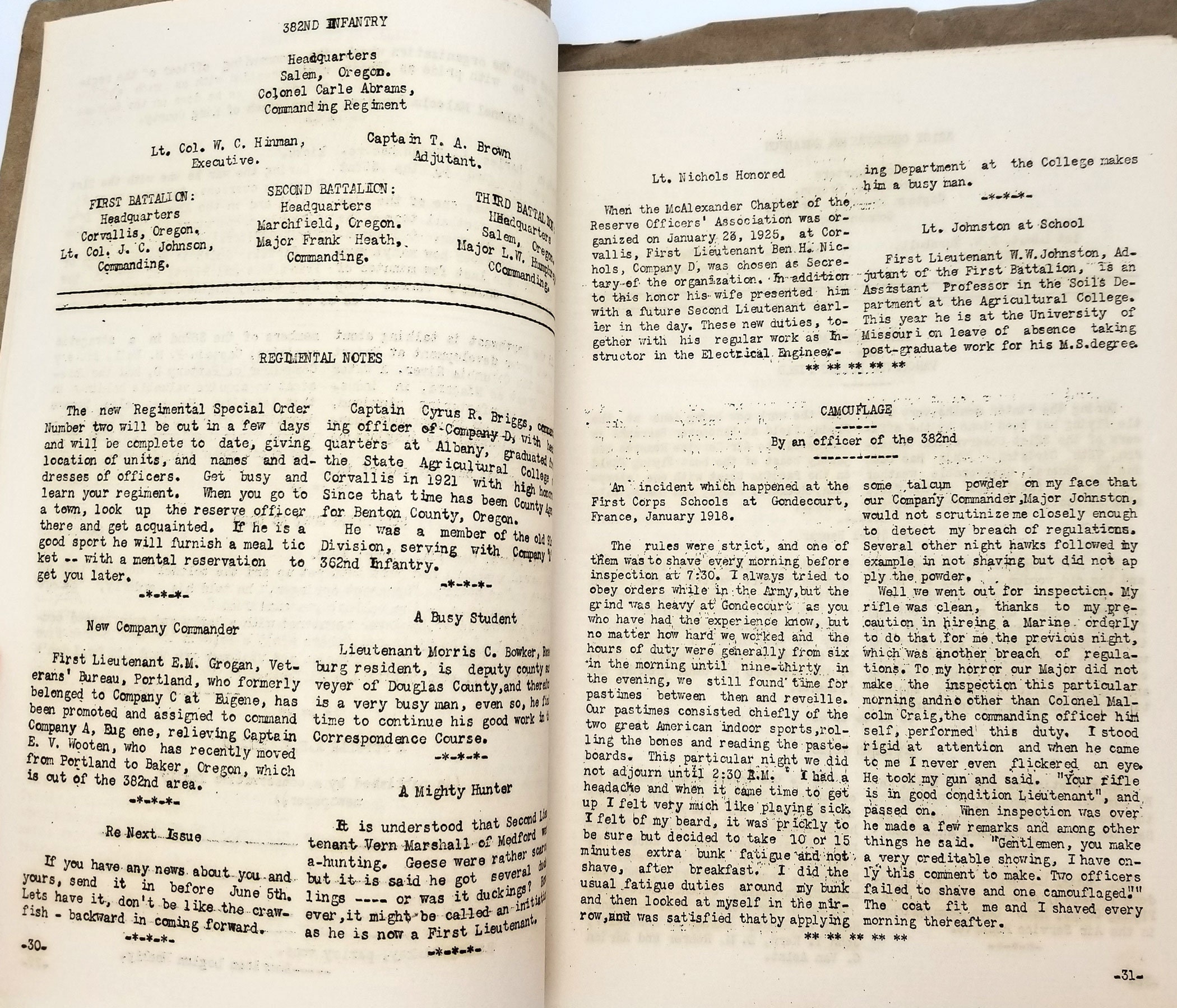 Description: In pictorial wraps. Covers are fragile and have tattered edges. Pages are clean. 59 pp. 11 x 8.5 inches. No copies noted on OCLC (Washington State University has Vol. V nos. 2-3 and Vol. VI no. 1).

Provides a plethora of detailed information about the state and activities of the 96th Division of the U.S. Army Reserve and its various regiments in 1925 (i.e. the 321st Medical, 361st Field Artillery, 383rd Infantry, 321st Observational Squadron, 321st Engineers, etc.). Includes statements made by President Calvin Coolidge, Secretary of War John Weeks, Brigadier Generals William Mitchell and Hugh A. Drum, Oregon Governor Walter H. Pierce, U.S. Representative Charles F. Curry of California (regarding the Curry Bill, H.R. 10,149, that would have created a Department of Aeronautics; an issue that involved the 321st Observational Squadron), and many others.

Among the many items and topics covered are reports on the plans for field training in Oregon and Washington (at Fort George Wright, Fort Worden, and Camp Lewis), news of the new V-2 Submarine, the state of anti-aircraft gun defense, the War Department's Citizens Military Training Camp program (CMTC), the test bombing of the hull of the unfinished battleship WASHINGTON, a report from the Portland Post of the Society of American Military Engineers, the comings and goings of various officers, winter flying in Oregon, battalion notes, various statistics, and a list of all the promotions and appointments made Jan 1st through Mar 31st.

The 96th Division was originally established in October 1918 and headquartered in South Carolina, but was demobilized less than three months later, following the end of the war. It was reconstituted in 1921 as part of the United States Army Reserve and allotted to Oregon and Washington.