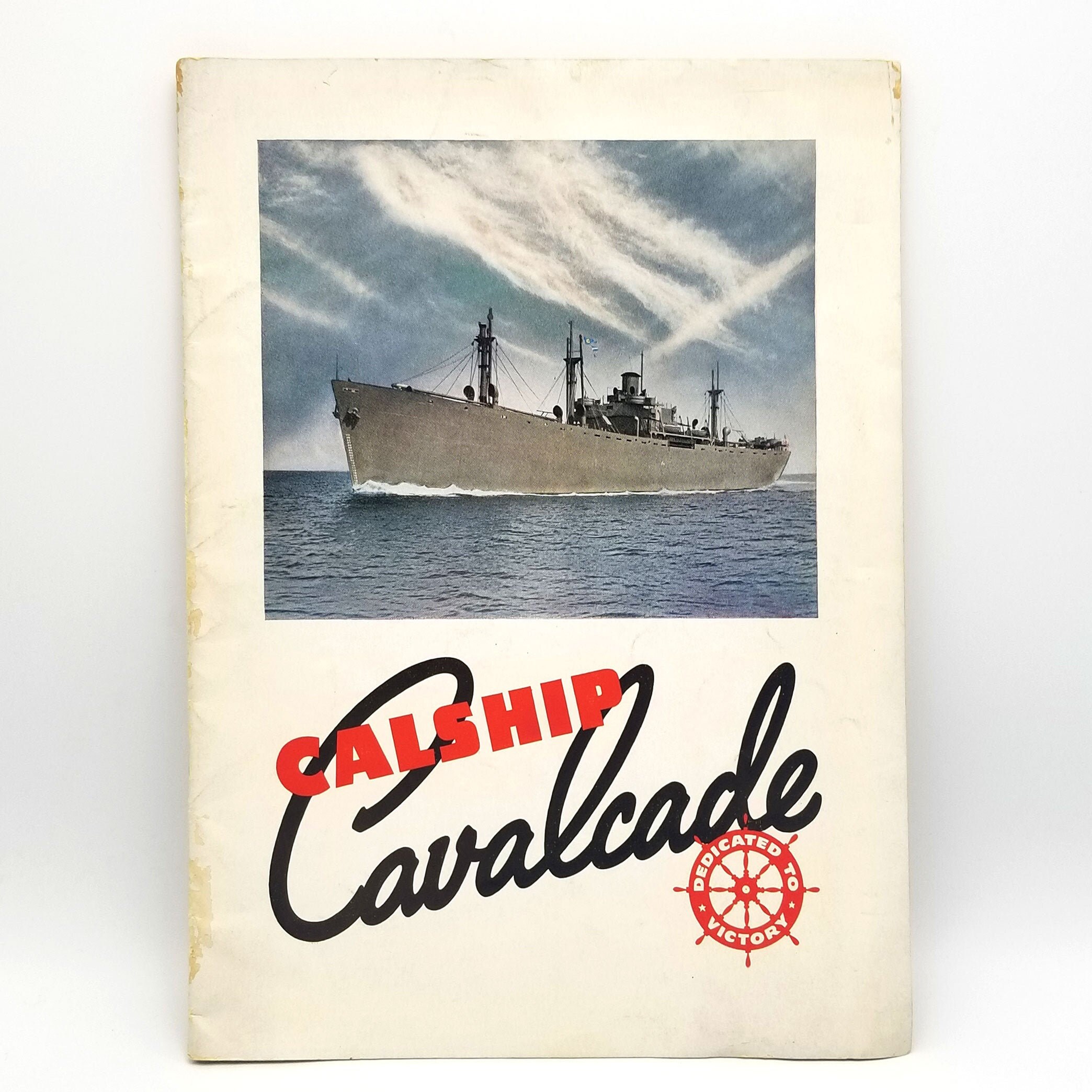 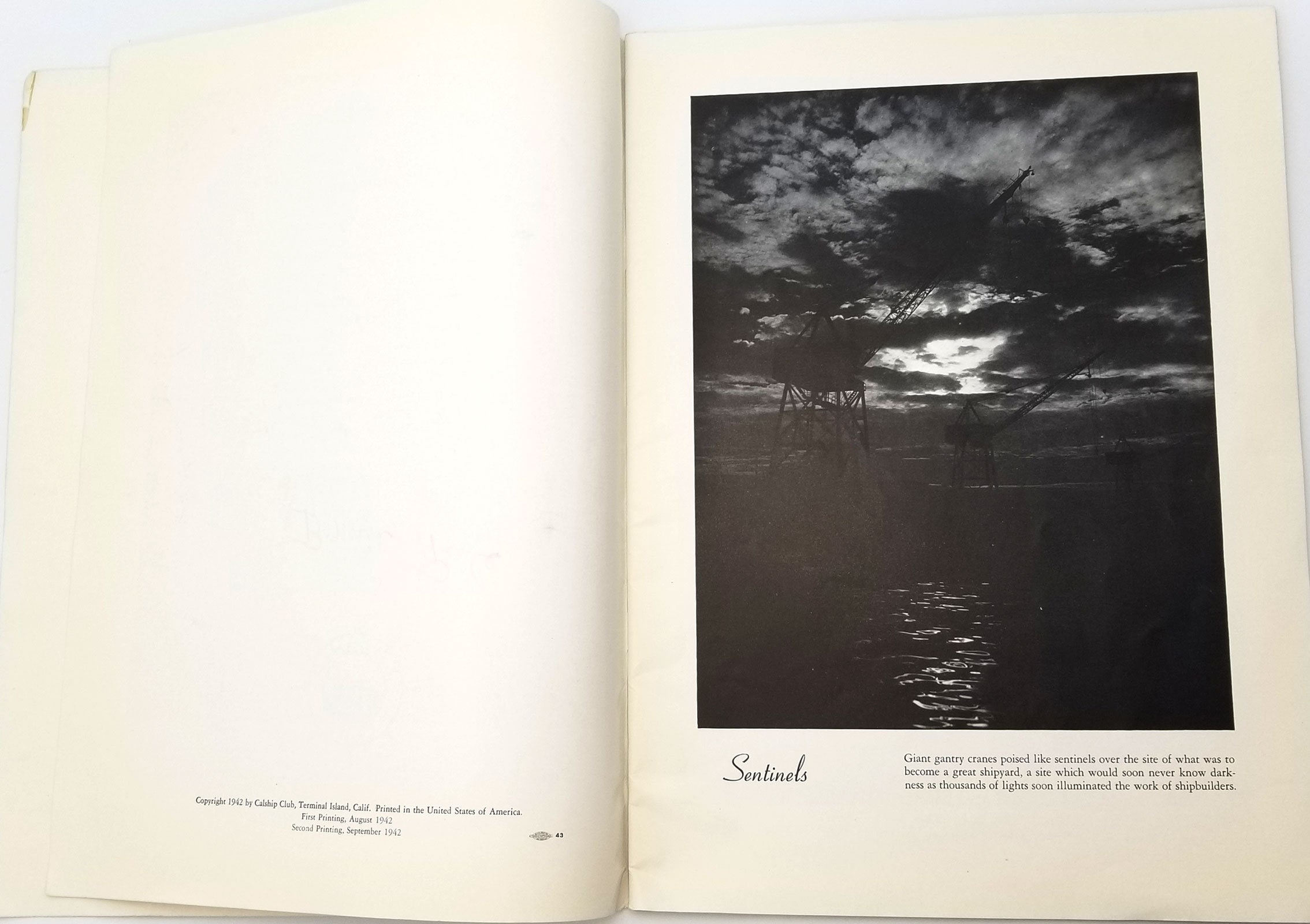 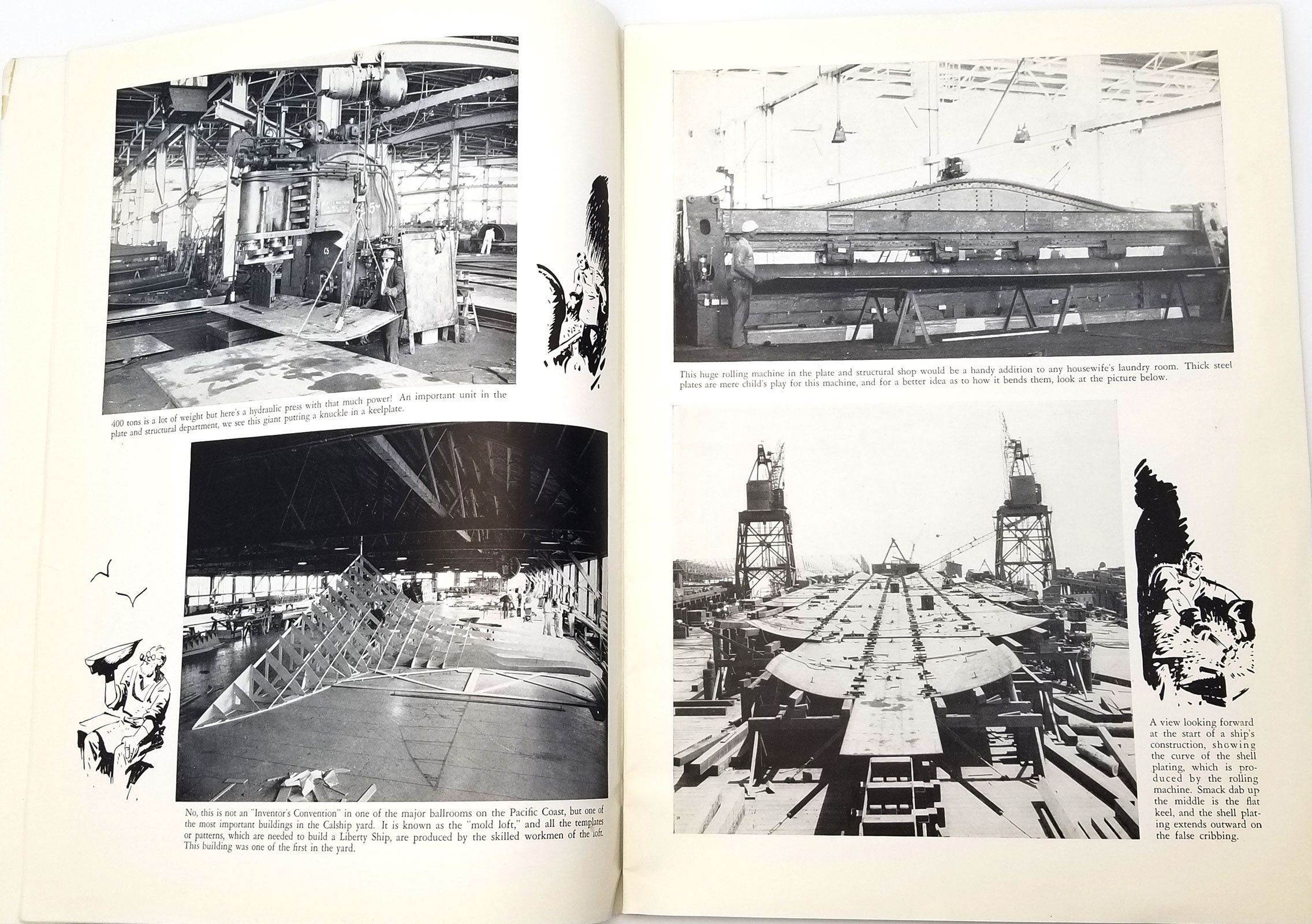 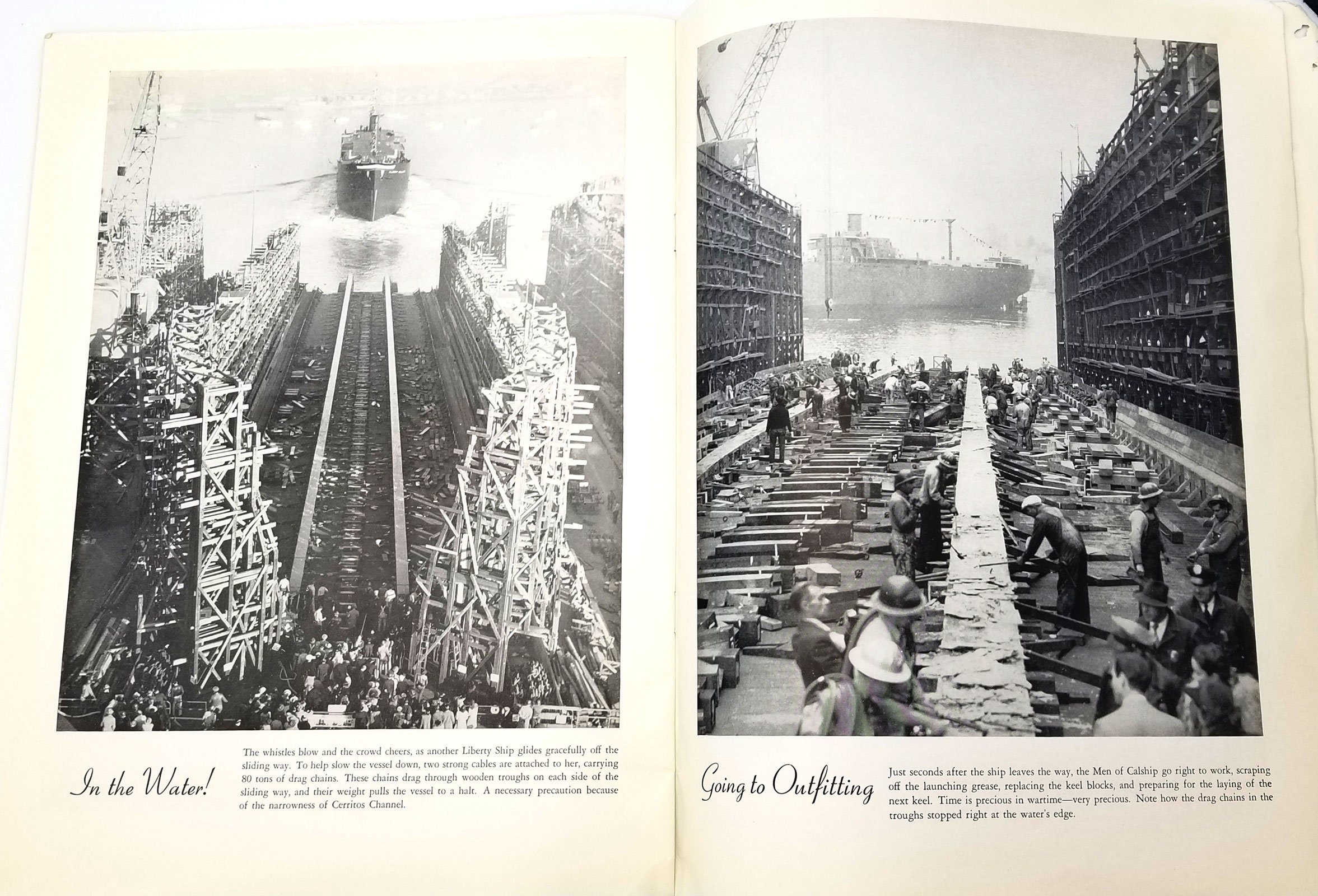 Pictorial presentation of the development of and the first year of war time work of the Calship shipyard at Terminal Island, California, 1941-1942. Calship was the California Shipbuilding Corporation's shipyard and was sponsored by and under the executive directorship of the the W. A. Bechtel Company. It was in operation between September 1941 and September 1945 and in that time they launched 467 Liberty and Victory ships, contracted for by the U.S. Maritime Commission and the U.S. Navy.