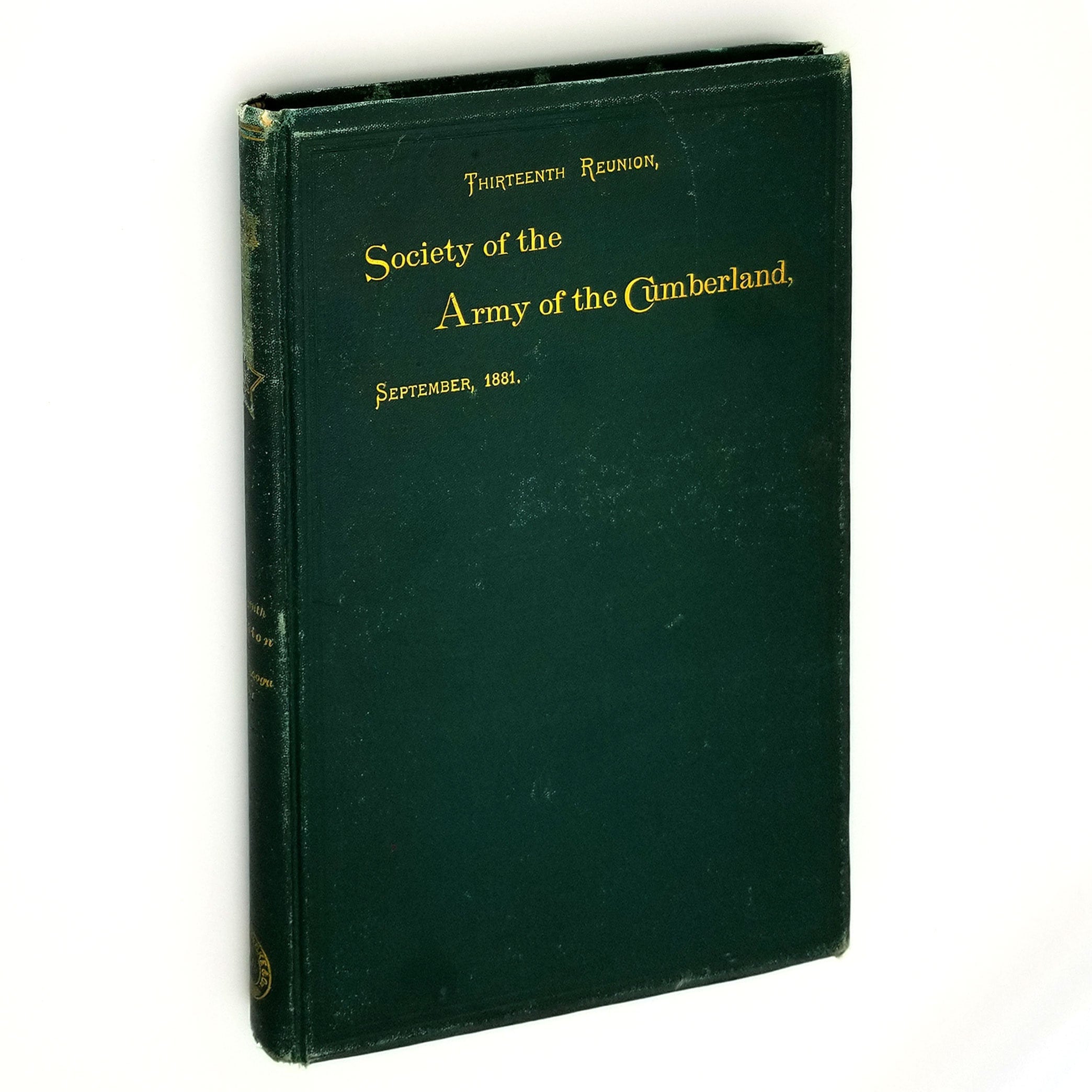 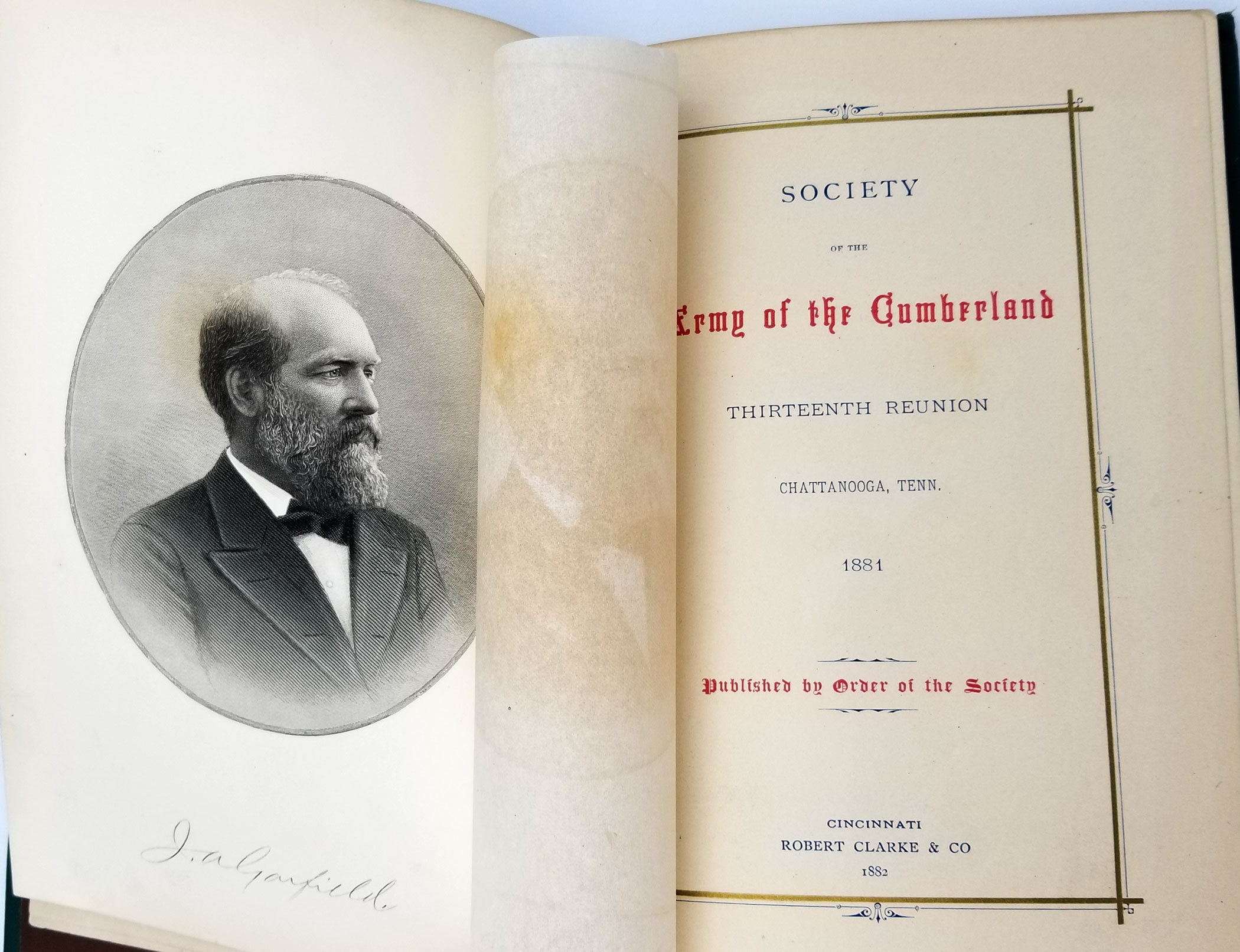 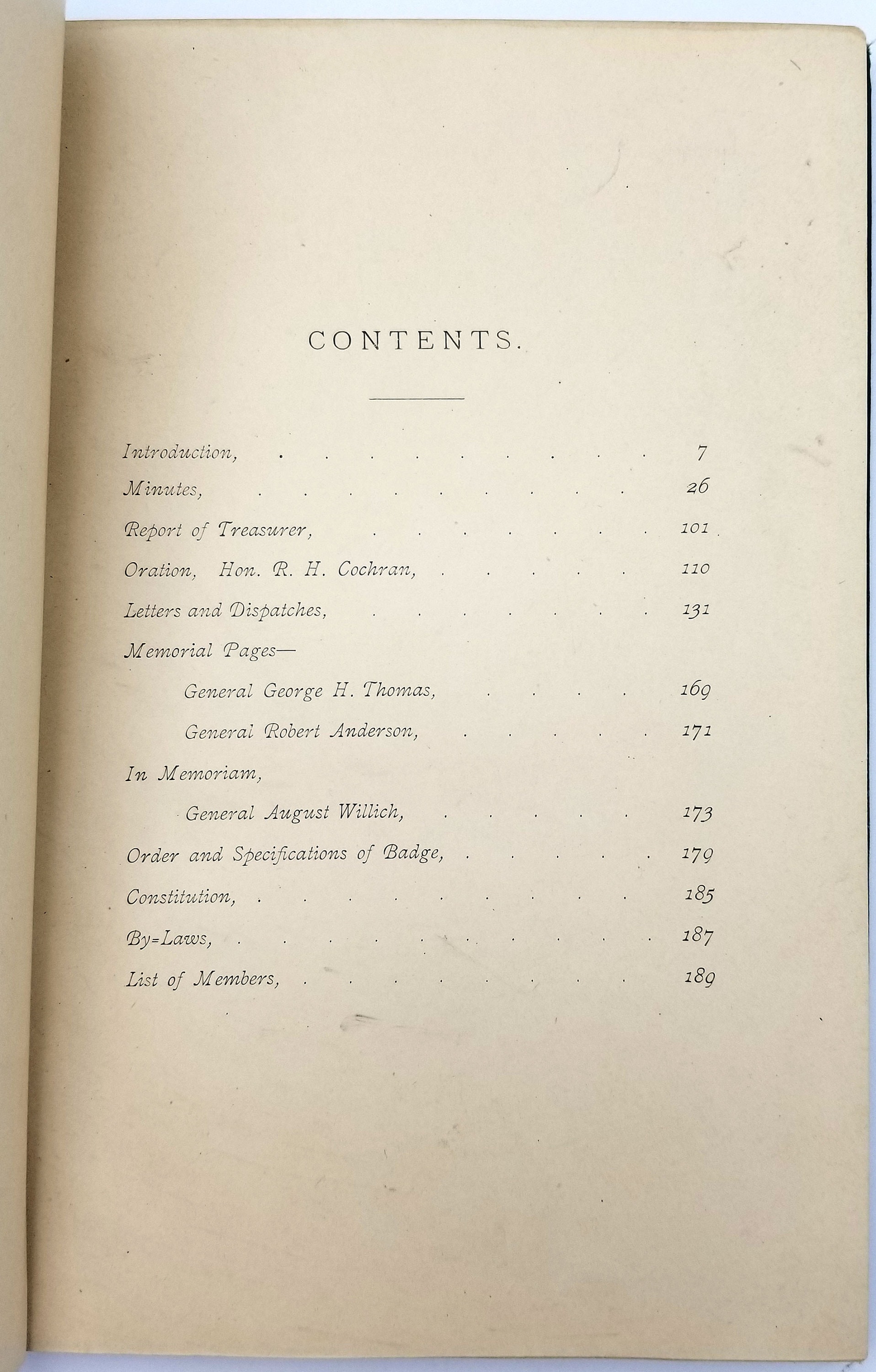 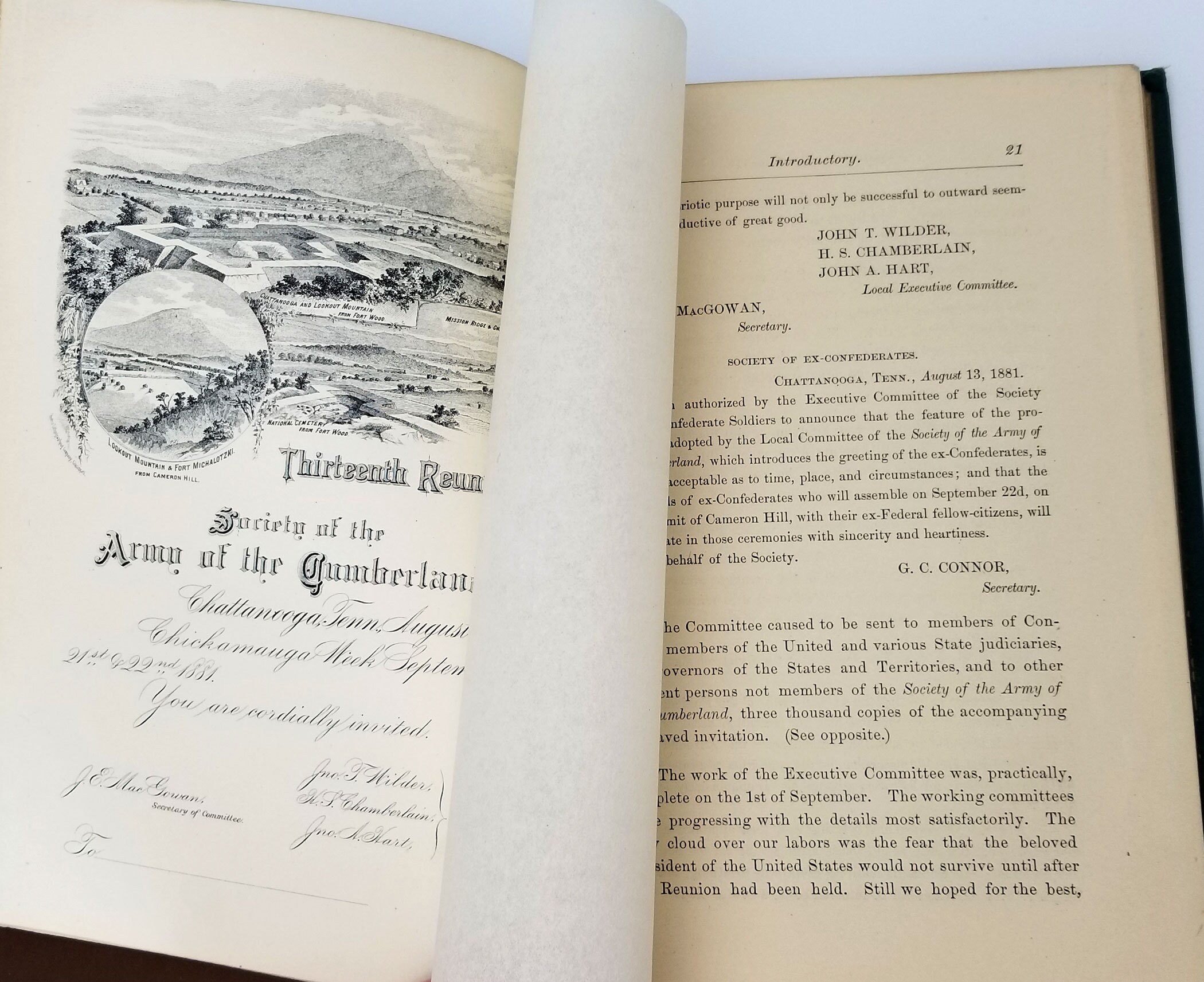 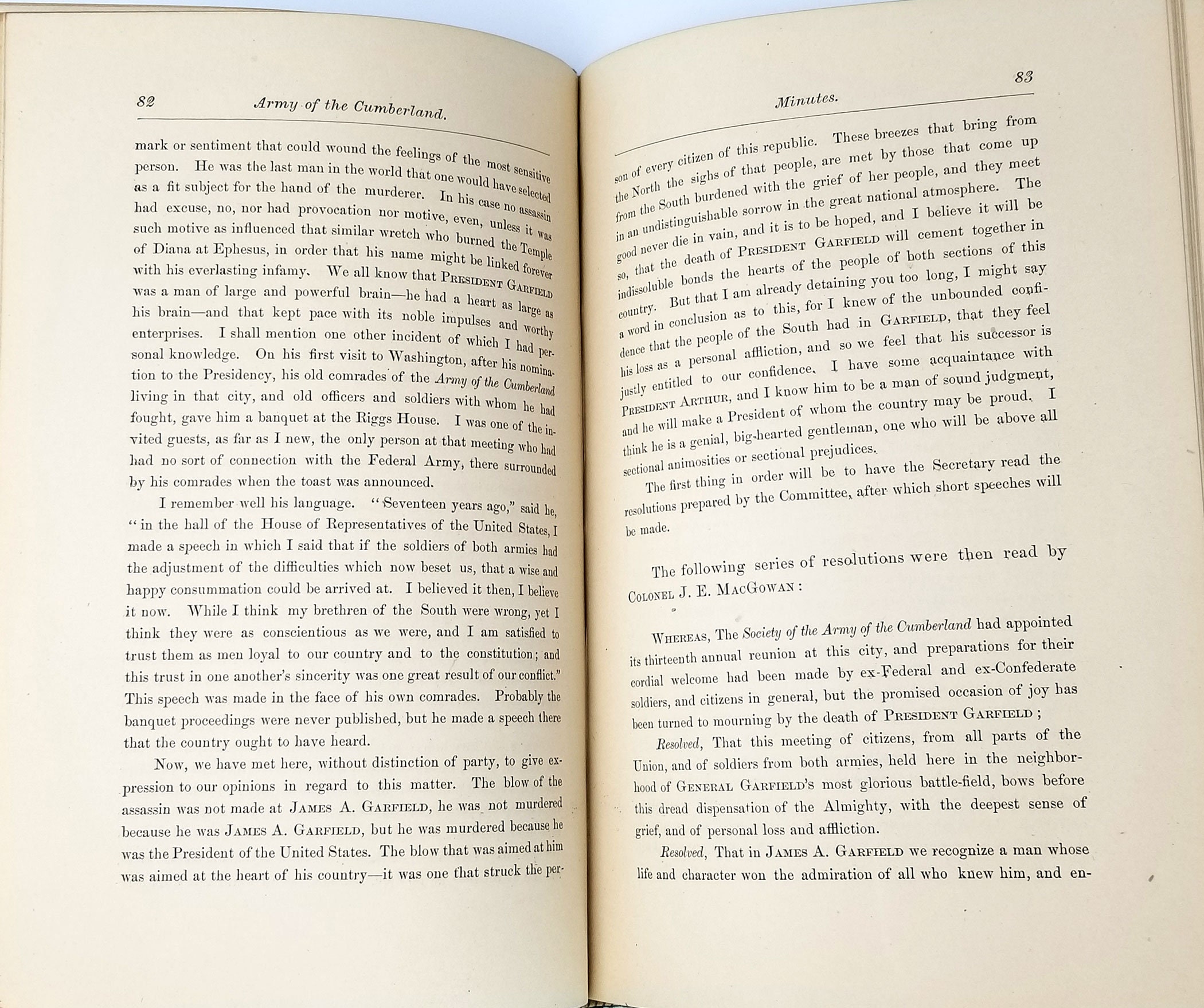 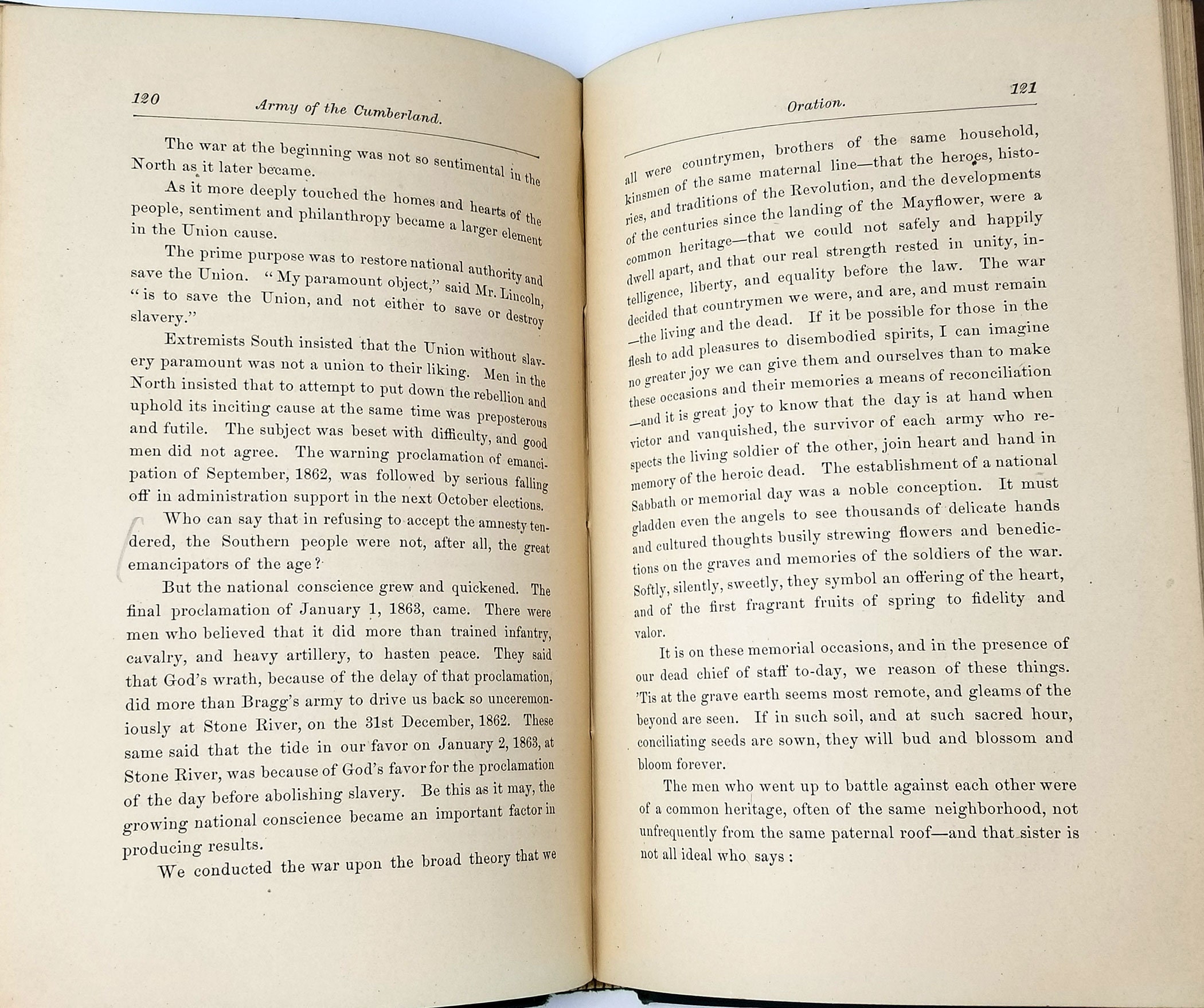 Title: Society of the Army of the Cumberland: Thirteenth Reunion, Chattanooga, Tenn. 1881

Description: Green beveled cloth boards with gilt lettering. Some fraying with exposed corner tips; wear at head and tail of spine; ink blot on rear board. A few pencil marks, but pages are generally clean. Features a frontispiece portrait of President Garfield plus two other plates (each with tissue guard). 211 pp. 9.25 x 6.5 inches.

The reunion was held September 21-22, 1881, two days after the death in office of President James A. Garfield (who died September 19th of infection resulting from the injuries sustained in an assassination attempt). There are many statements made throughout memorializing President Garfield, who himself had served as a Brigadier General in the Army of the Cumberland under Major General Rosencrans.

Includes a 23 pages list of members with rank and address (post office only). Also features the poem Chickamauga "Rumbling, and rolling...". This copy belonged to Captain Edwin H. Conger (1843-1907), signed and dated by him on front paste down and first flyleaf. He served in the Army of the Cumberland in the 102nd Illinois Infantry Regiment. After the war he served as a member of the U.S. House of Representatives for Iowa (1885-1890). Later, as a diplomat, he served both the McKinley and Theodore Roosevelt administrations in the role of United States Minister to China (1898-1905), notably at the time of the Boxer Rebellion. He and his wife were friends with Cixi, the Empress Dowager. Empress.