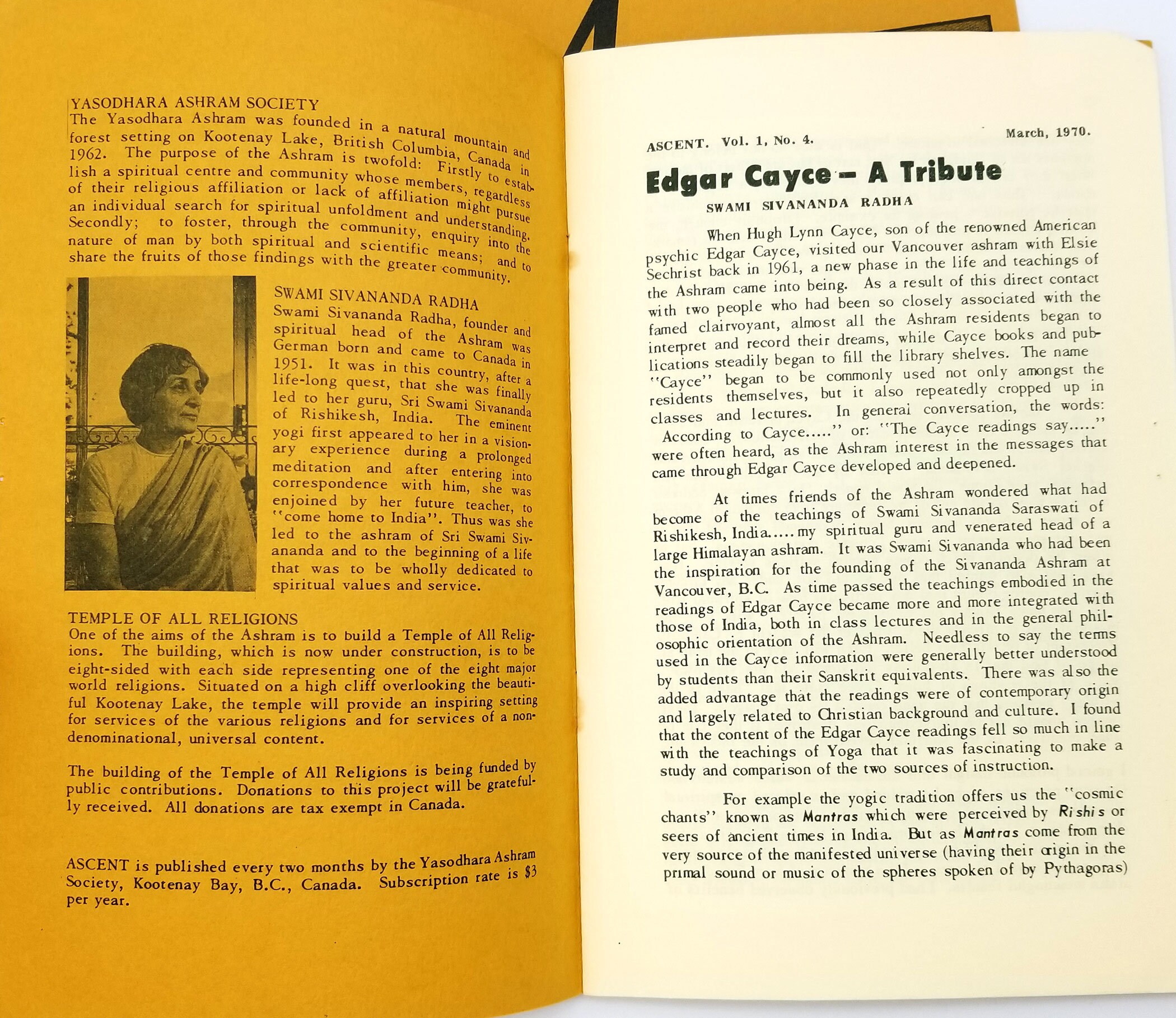 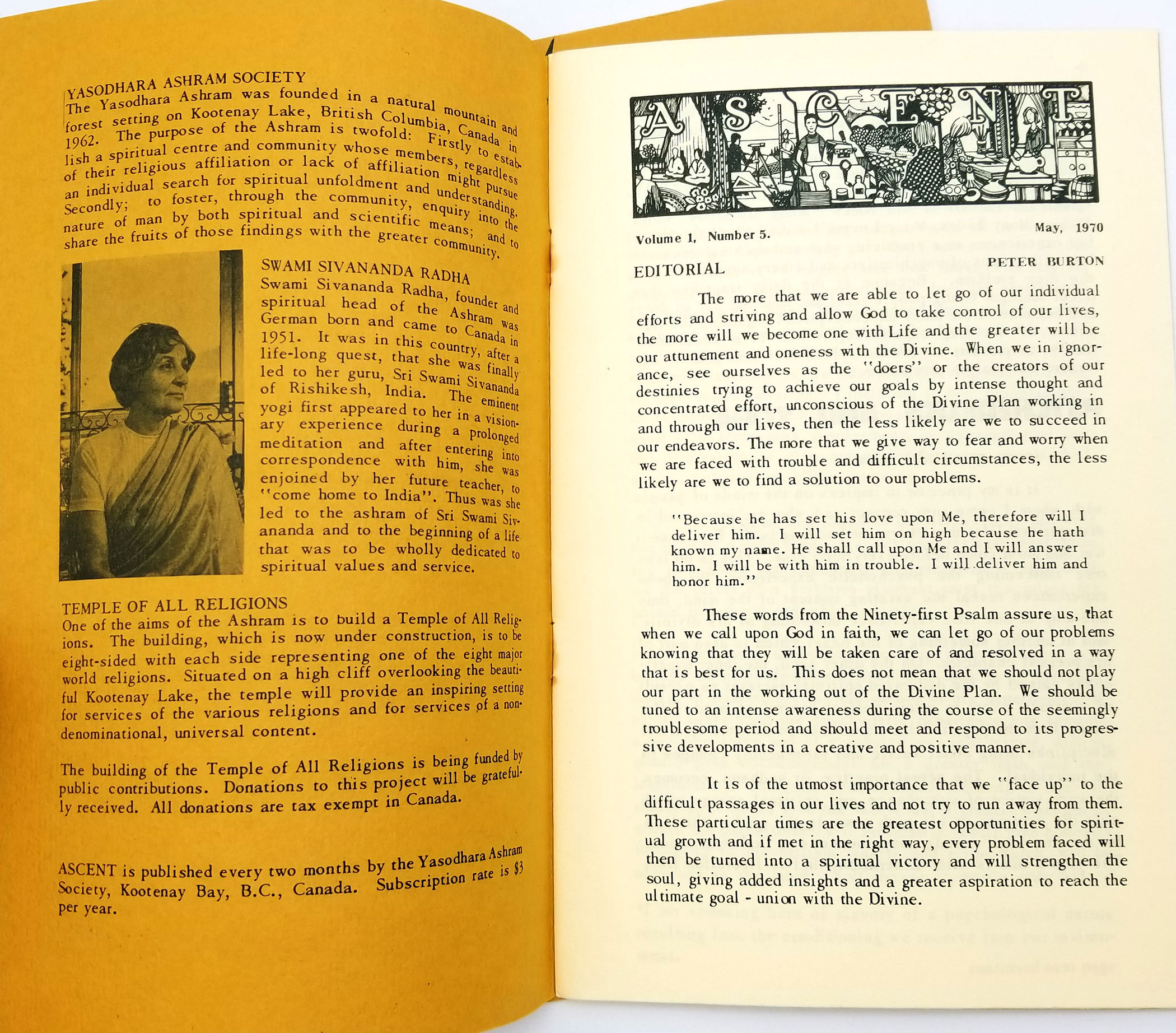 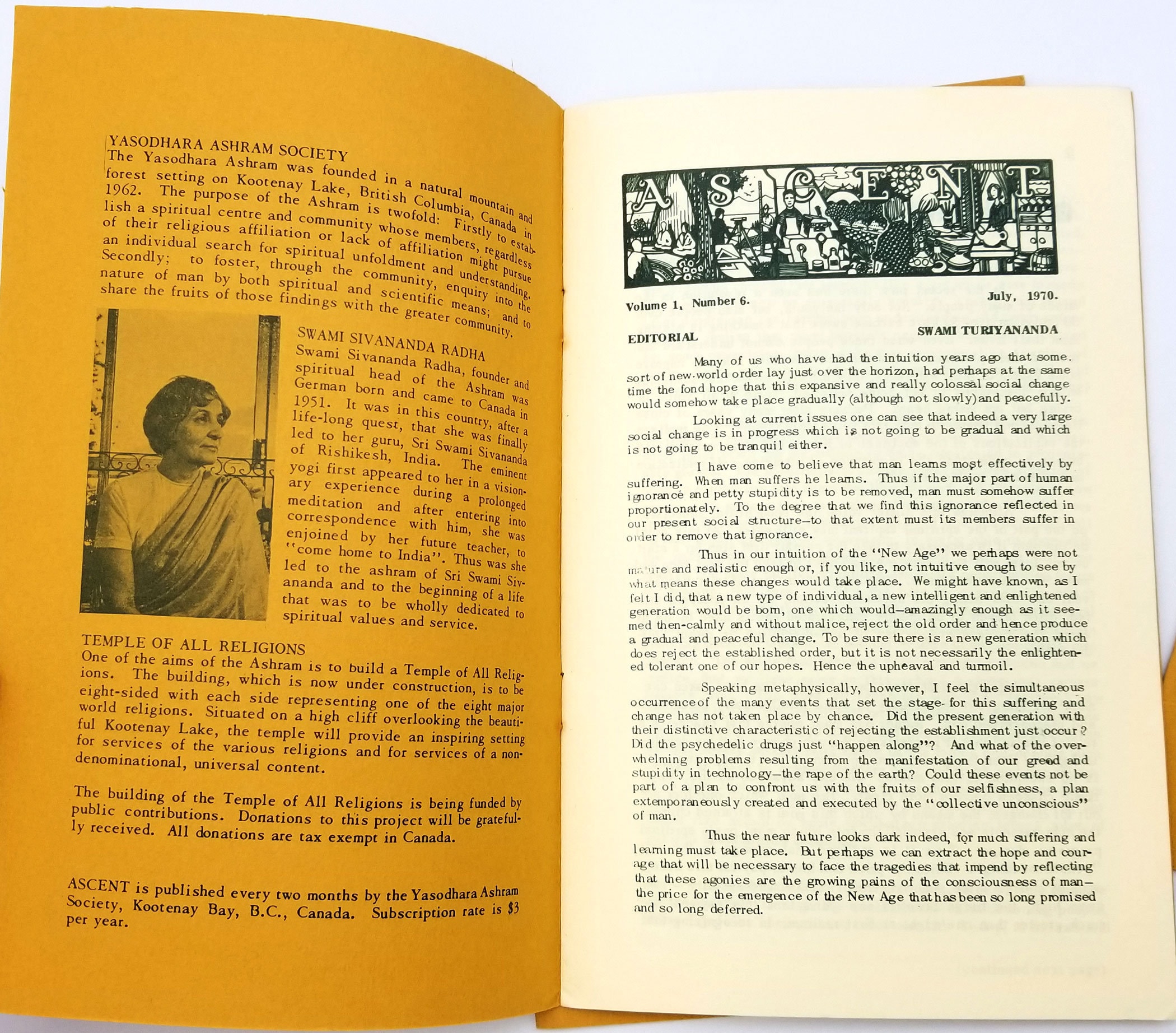 Description: Thee issues of the journal Ascent from 1970 in staple-bound card covers. Each issue is 12 pages and is 8.5 x 5.5 inches.

Includes Volume I, issues 4, 5, and 6 (March, May, and July). Issue 5 has some spotting on the front cover. Each issue was mailed from the ashram and their rear covers have a postage stamp and address label.

Includes the articles "Psychedelics and Yoga" and "Edgar Cayce--A Tribute" (both authored by Swami Sivananda Radha), a Travelogue (detailing a trip to California made by Mataji and Swami Sivananda wherein they visited Esalen, Roy Eugene Davis, Laura Huxley, and other friends and acquaintances ), and a feature called "Ashram Day to Day" which briefly describes some of the goings-on at Yasodhara.

Swami Sivananda Radha (1911-1995) established Canada's first ashram in 1957. It was located at Burnaby, British Columbia, and was named the Sivananda Ashram. In 1962 it relocated to Kootenay Lake and was renamed Yasodhara Ashram.