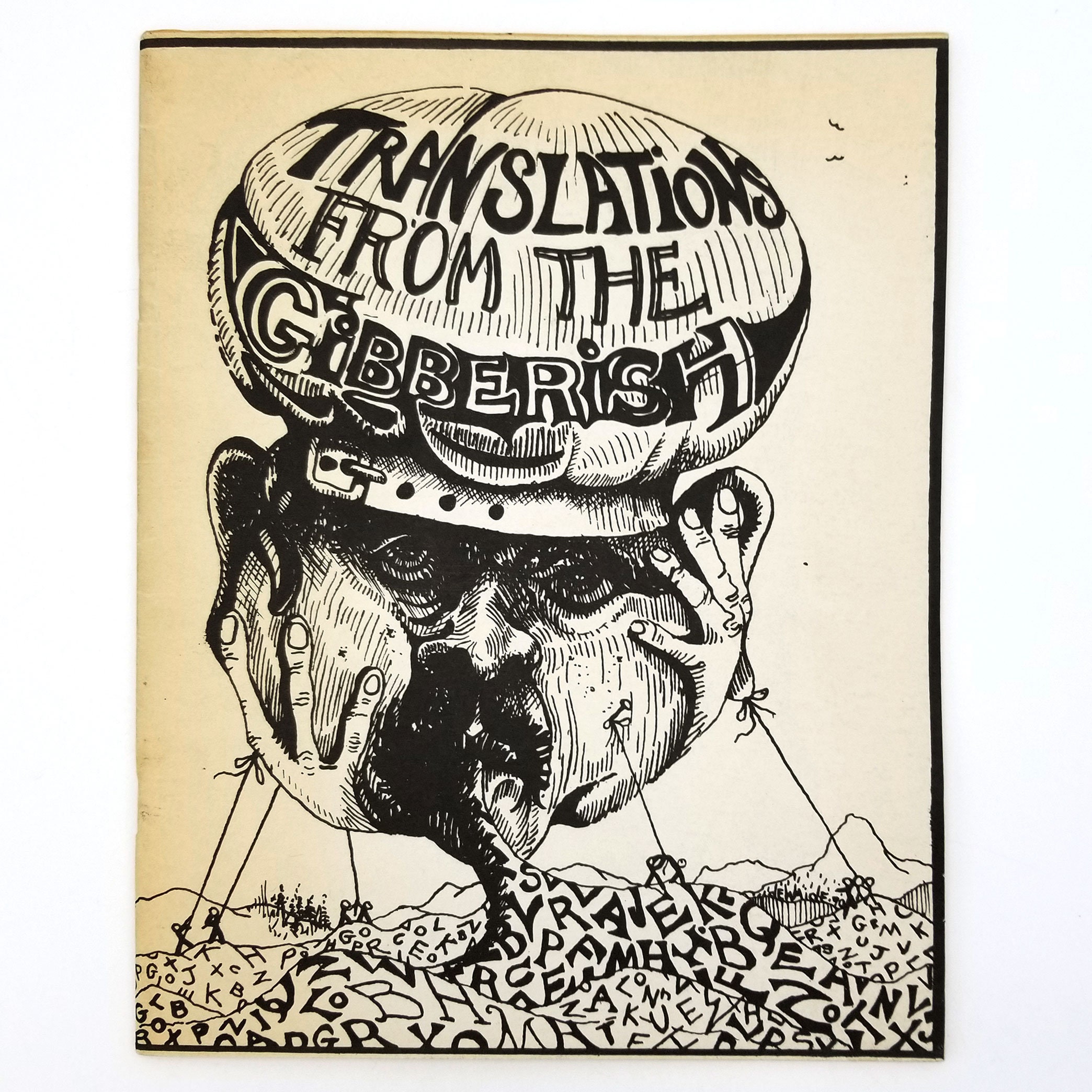 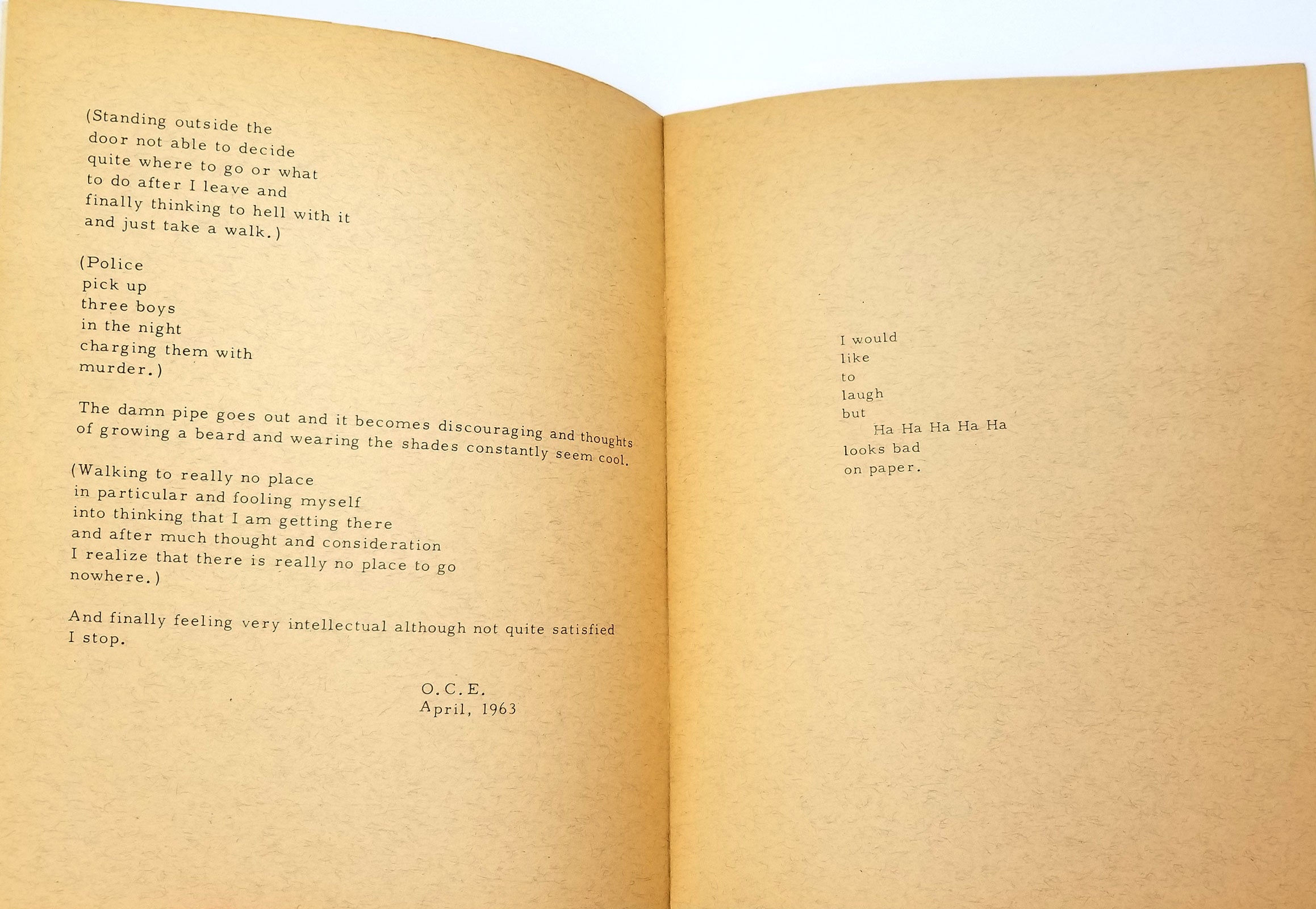 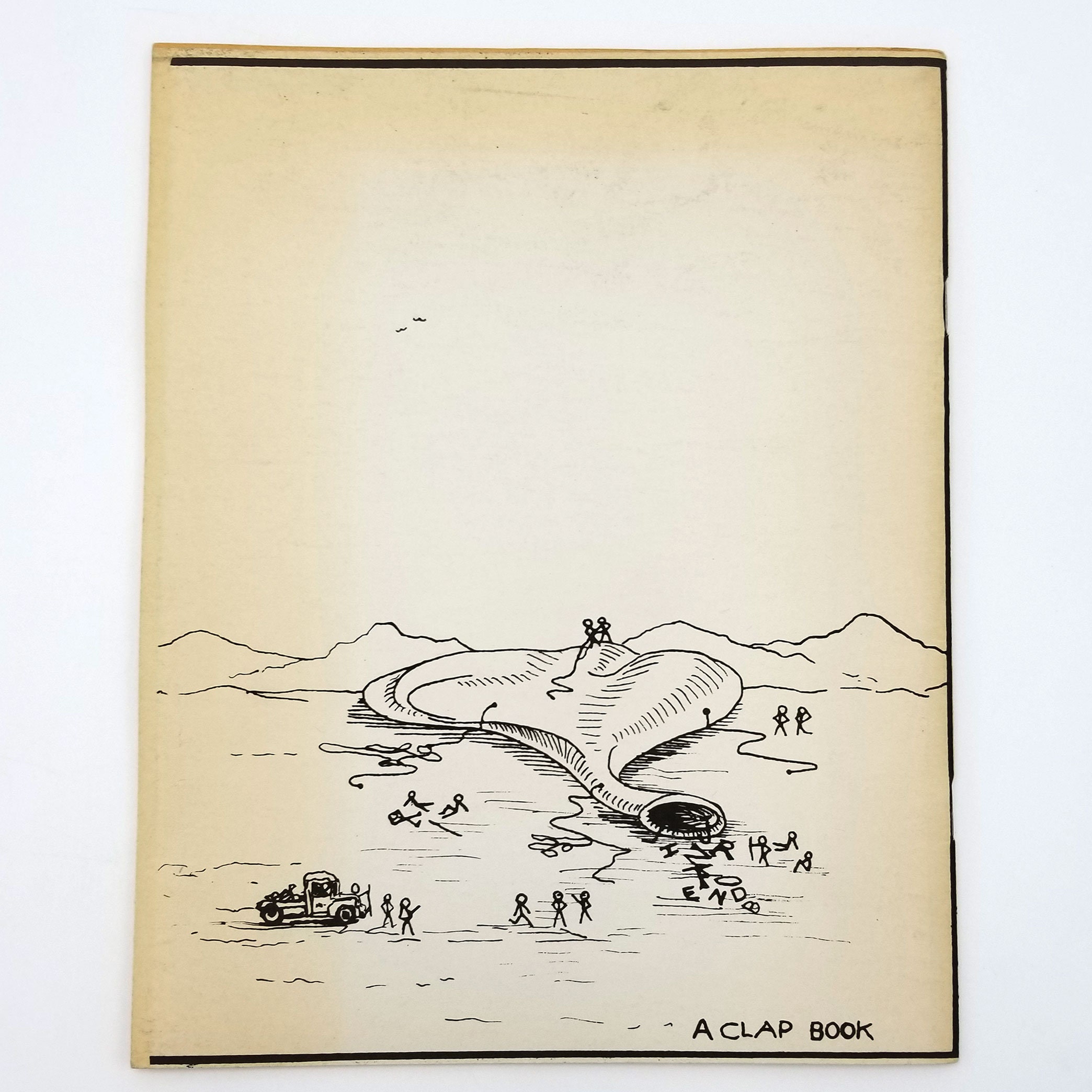 Title: Translations from the Gibberish

Michael Lee Marsh (1944-1991), aka the Incense Salesman, was an Oregon poet and was active at Portland State University in the early 1970's. The final page indicates that this was the first volume issued in the CLAP series, followed by Angel Pussy and Other Urban American Poems by Walt Curtis; Pure Snake Tunes by Bob Zybach; and Carnal Myths by Michael Burgess.

The illustrator Michael deWaide had been a house-mate of Marsh's in the early 1970s, living in a gingerbread house in Portland's Goose Hollow neighborhood.