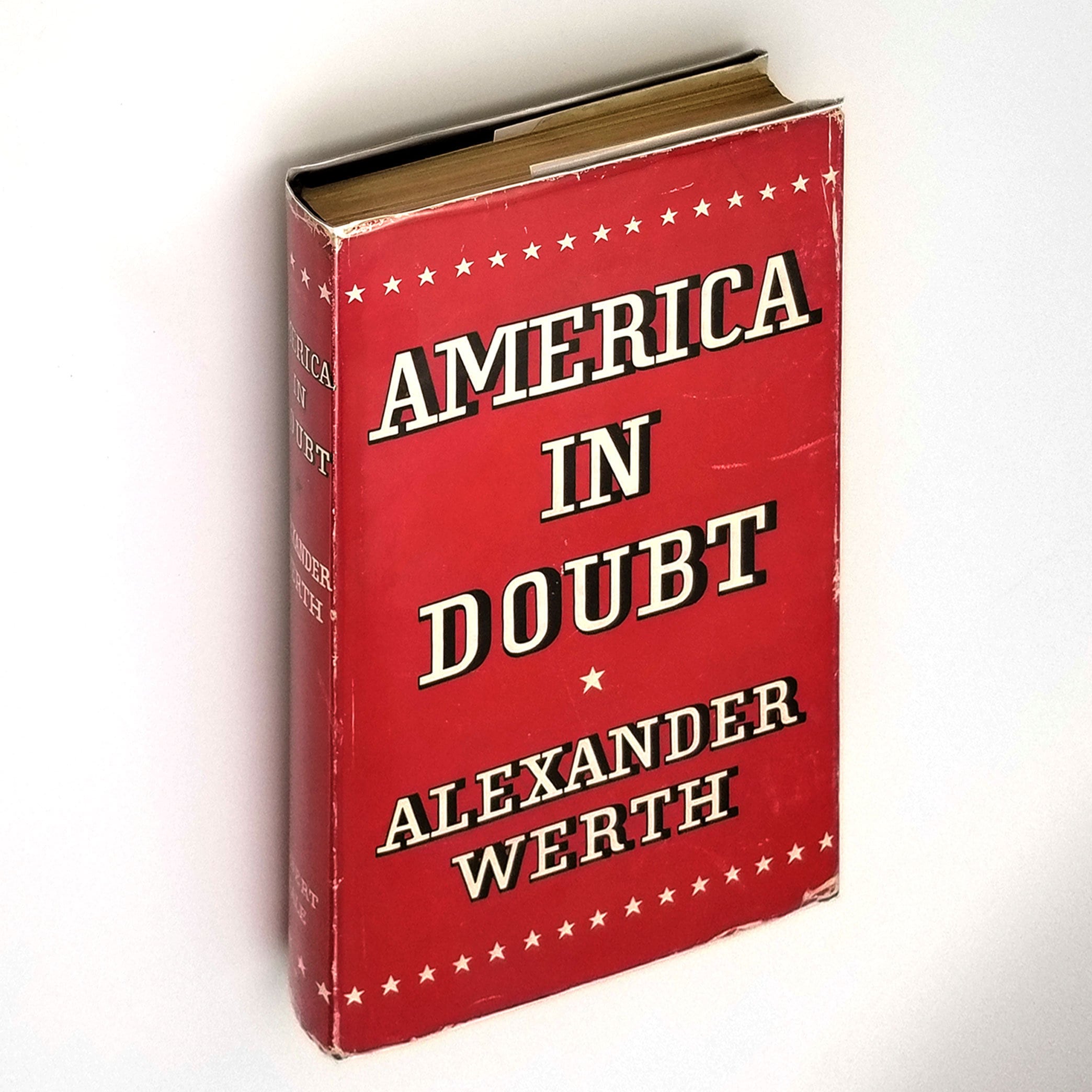 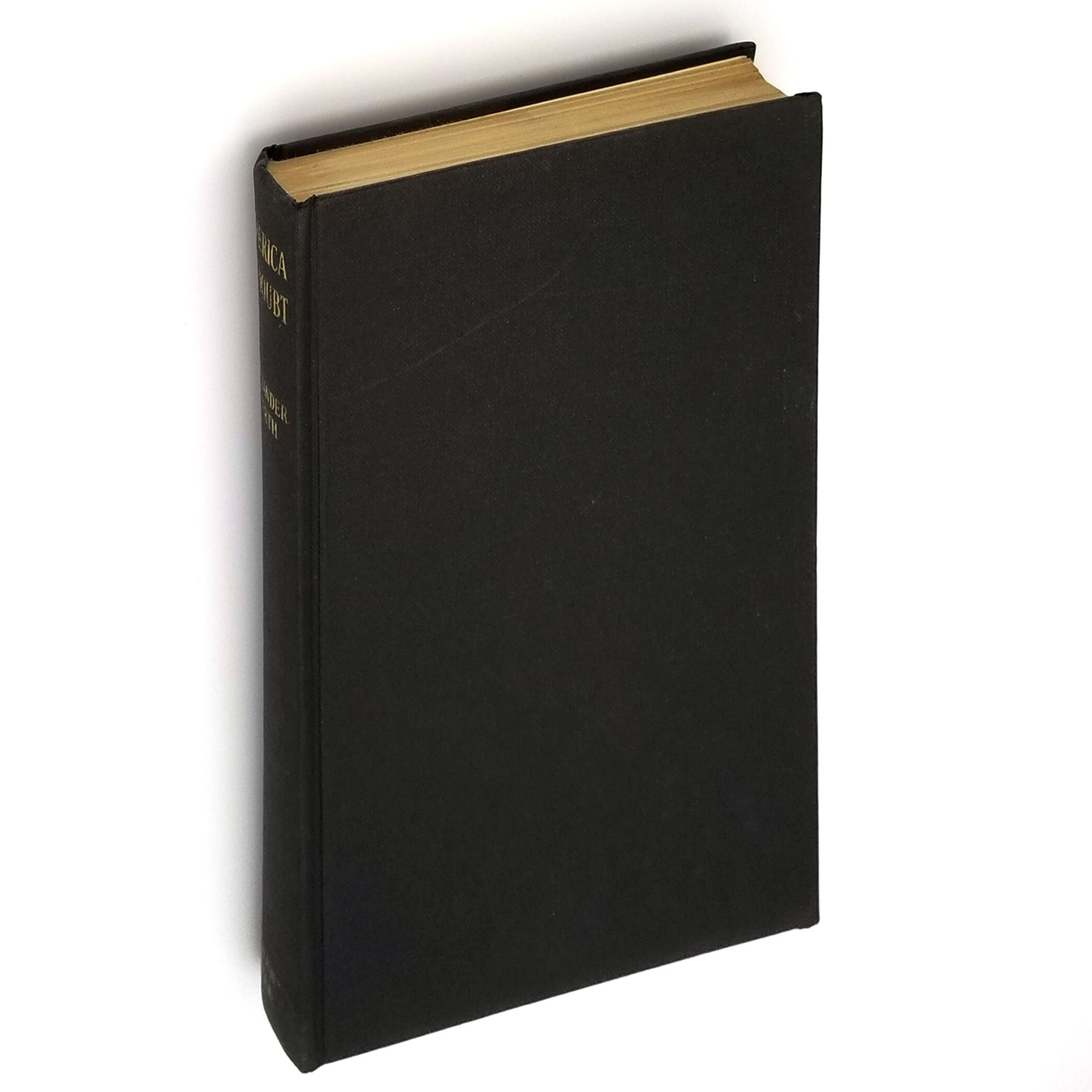 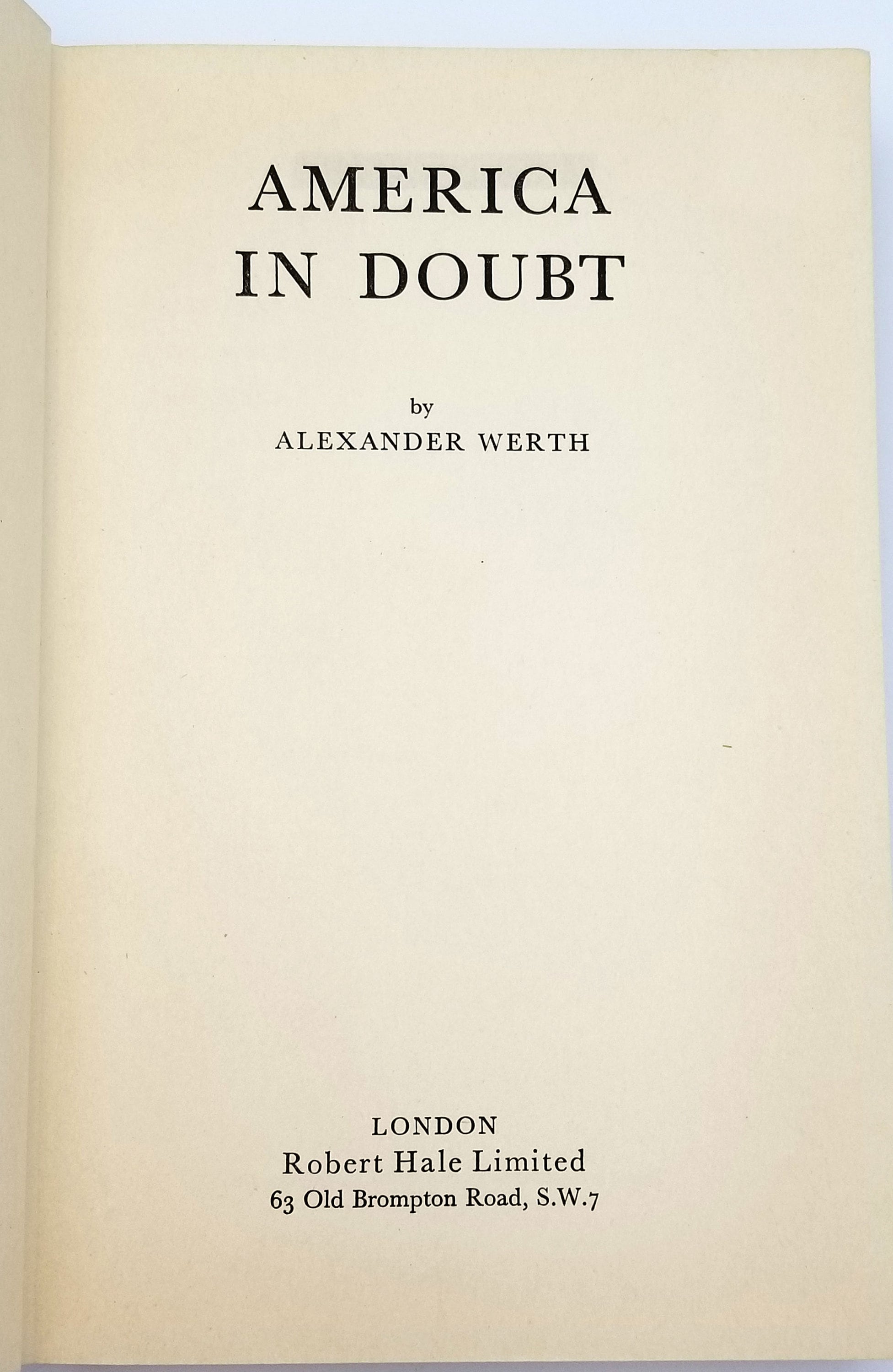 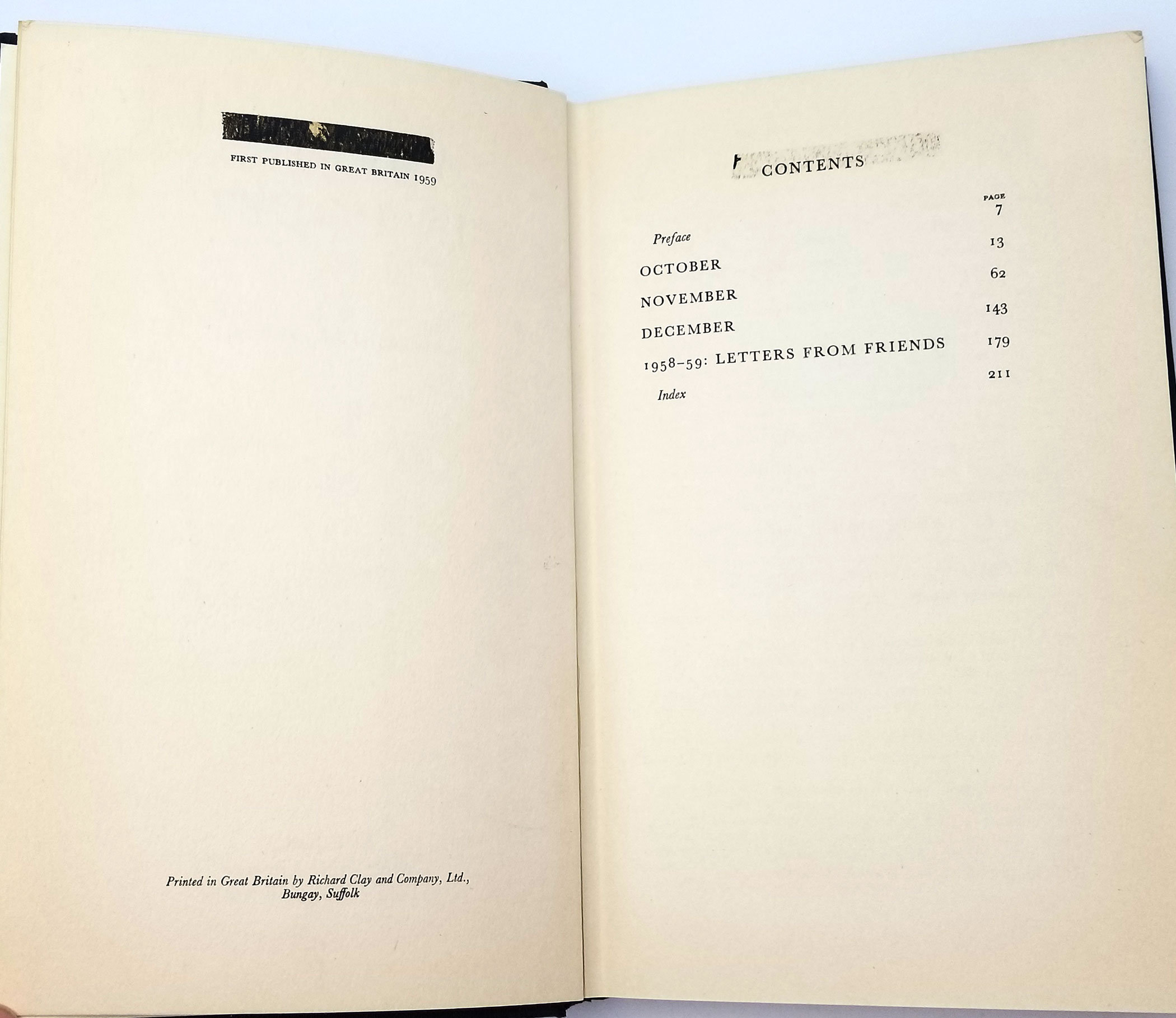 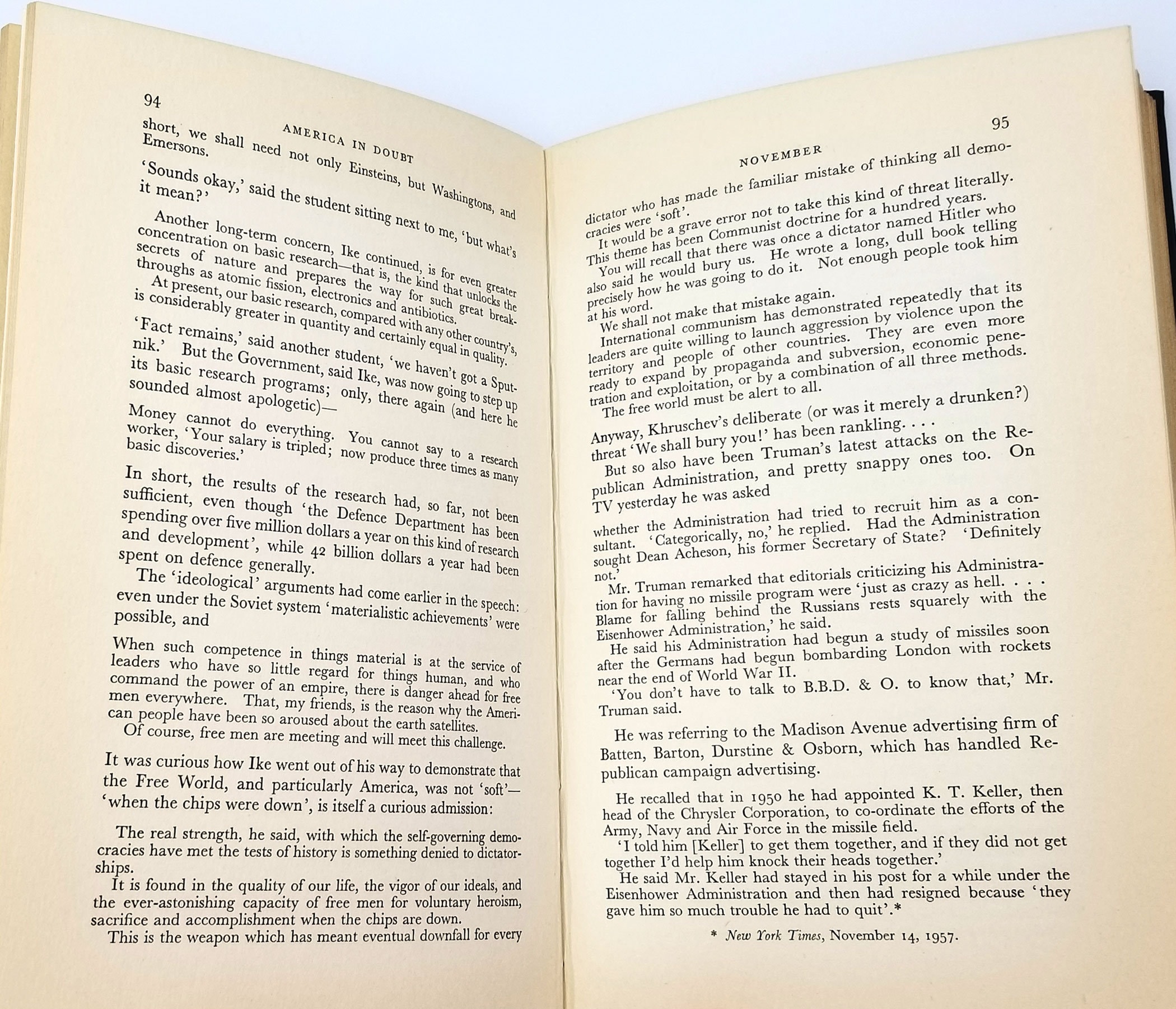 An English liberal's report on American youth and their political perspectives and view of the role of the United States' in global politics and foreign relations. Based on Werth's experiences with students during a three month teaching stint made in 1957 at Ohio State University (Columbus, Ohio). He concludes with about thirty pages of quoted letters he received from Americans in 1958 and up through February 1959 that illustrate their political perspectives on current events.

He records the Americans' ideas and attitudes about many issues, from American place as a world leader, the conflict with Russia, Sputnik, race relations (including the perspectives of African-American students), World War II and the Korean War, Communism, McCarthyism, Eisenhower, NATO, nuclear weapons, Britain, France, China, and Japan. More personal issues of the student's are also recorded: their economic difficulties, educational problems, love and sex, etc. He finds a great deal of skepticism mixed with their deep patriotism.