Antique Fiction: Hieronymus Rides - Episodes in the Life of a Knight & Jester at the Court of Maximilian Hardcover 1912 by Anna Coleman Ladd 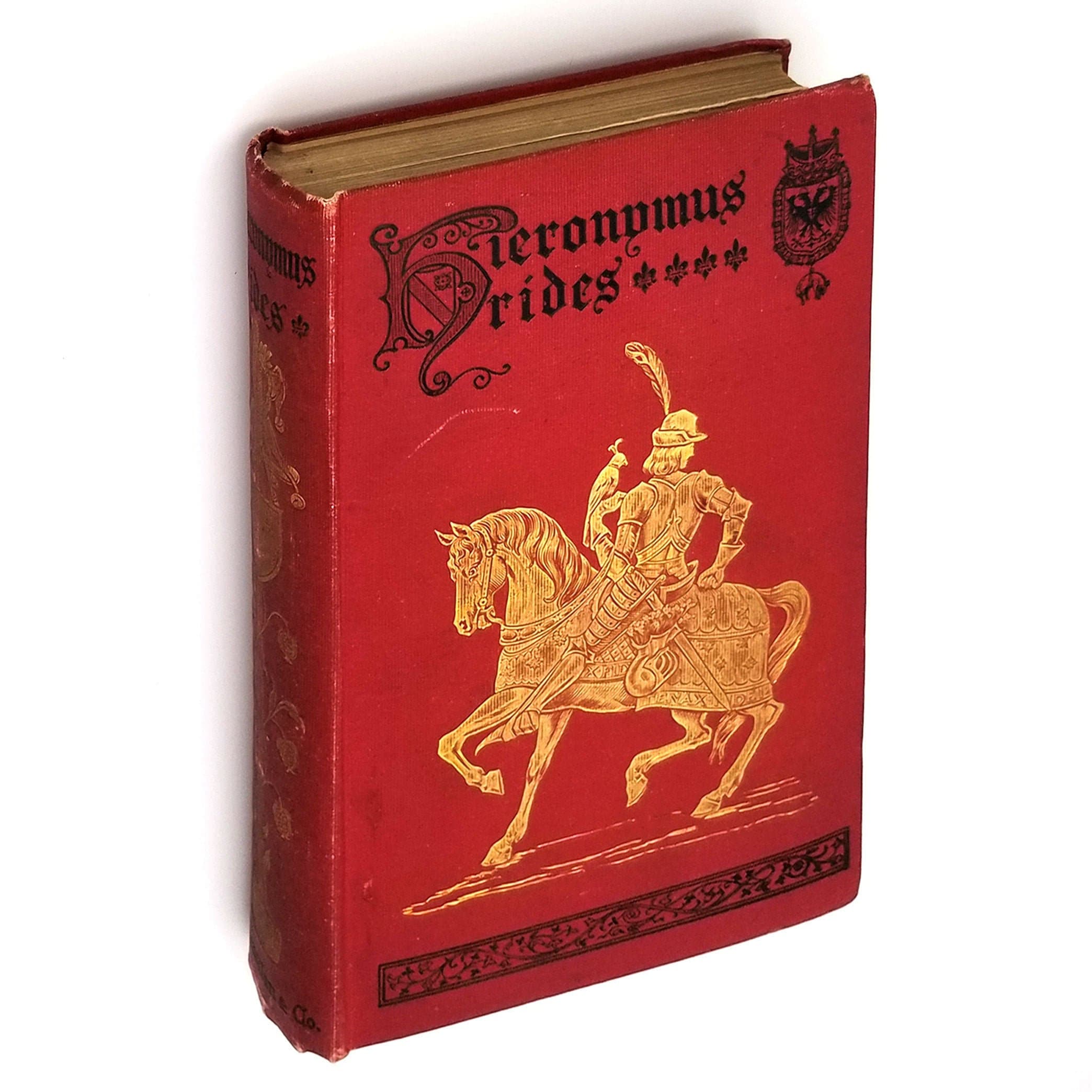 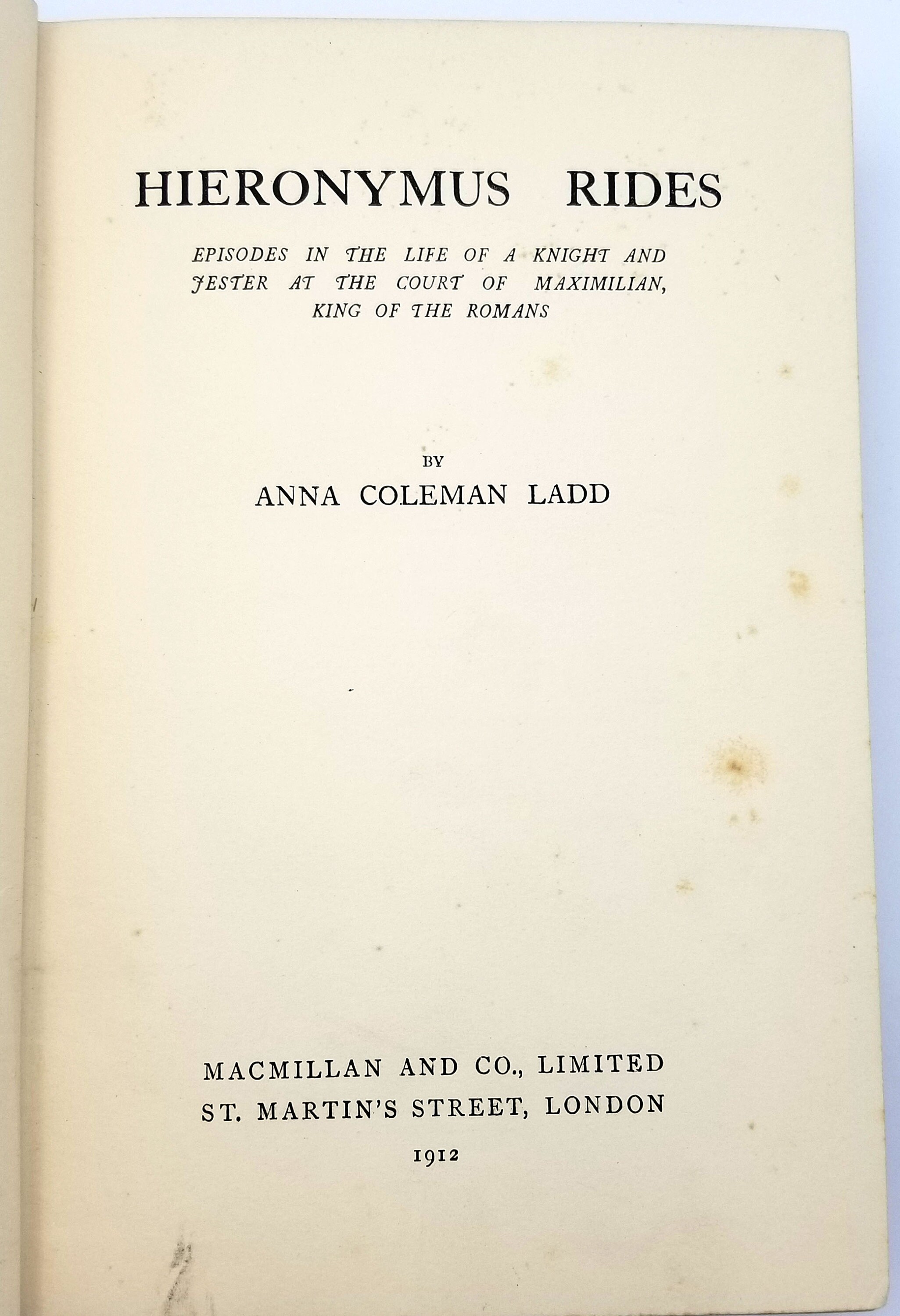 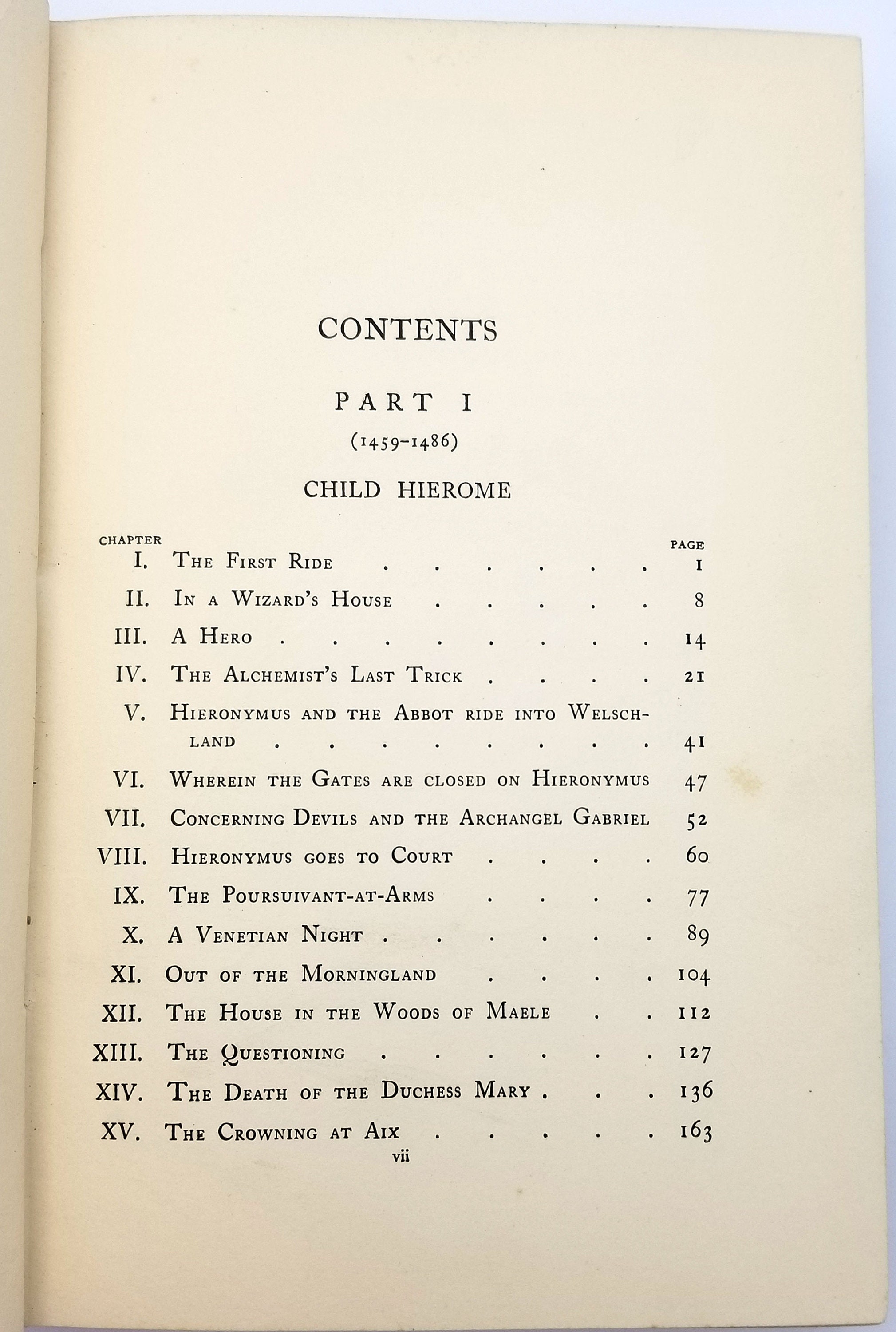 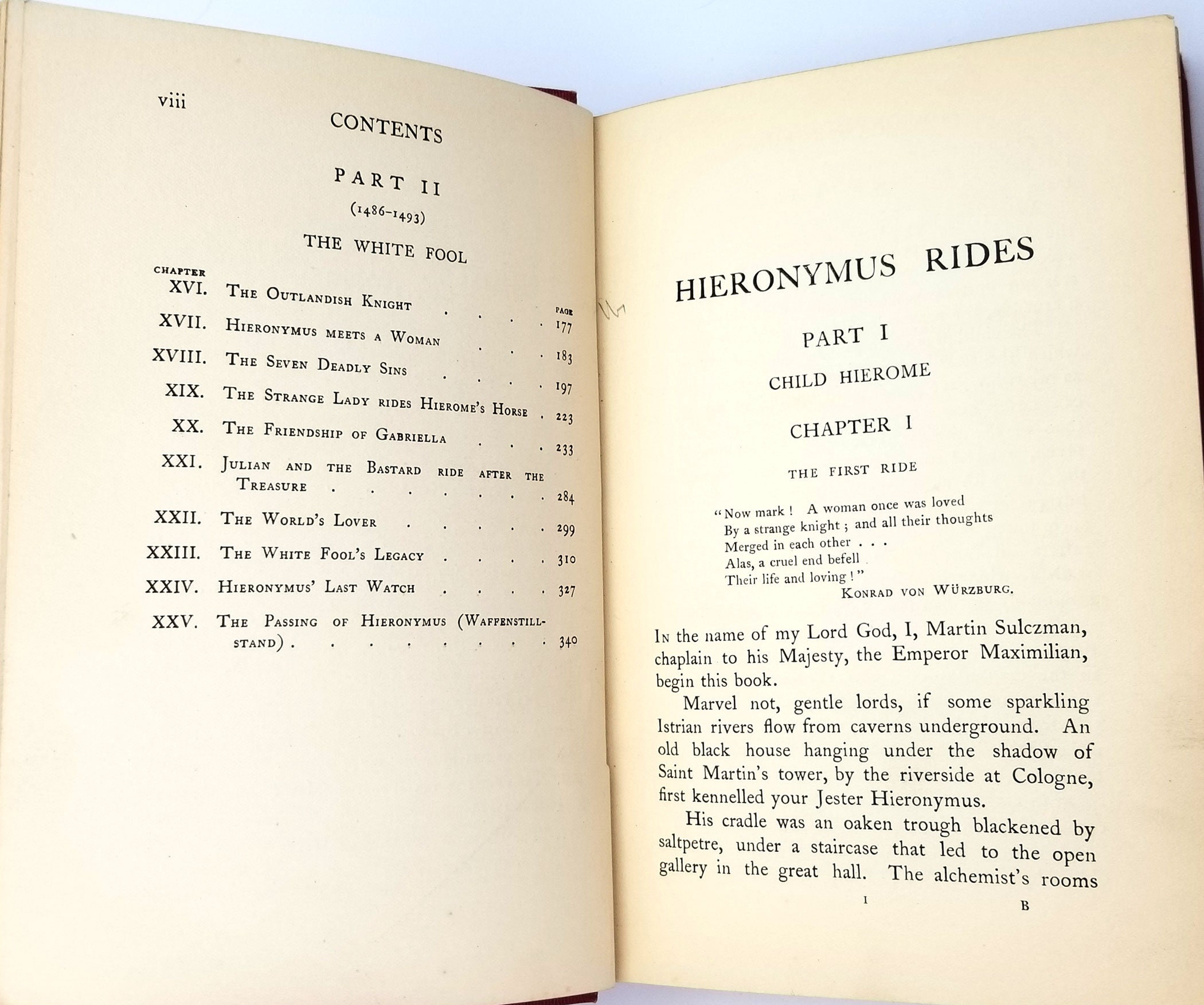 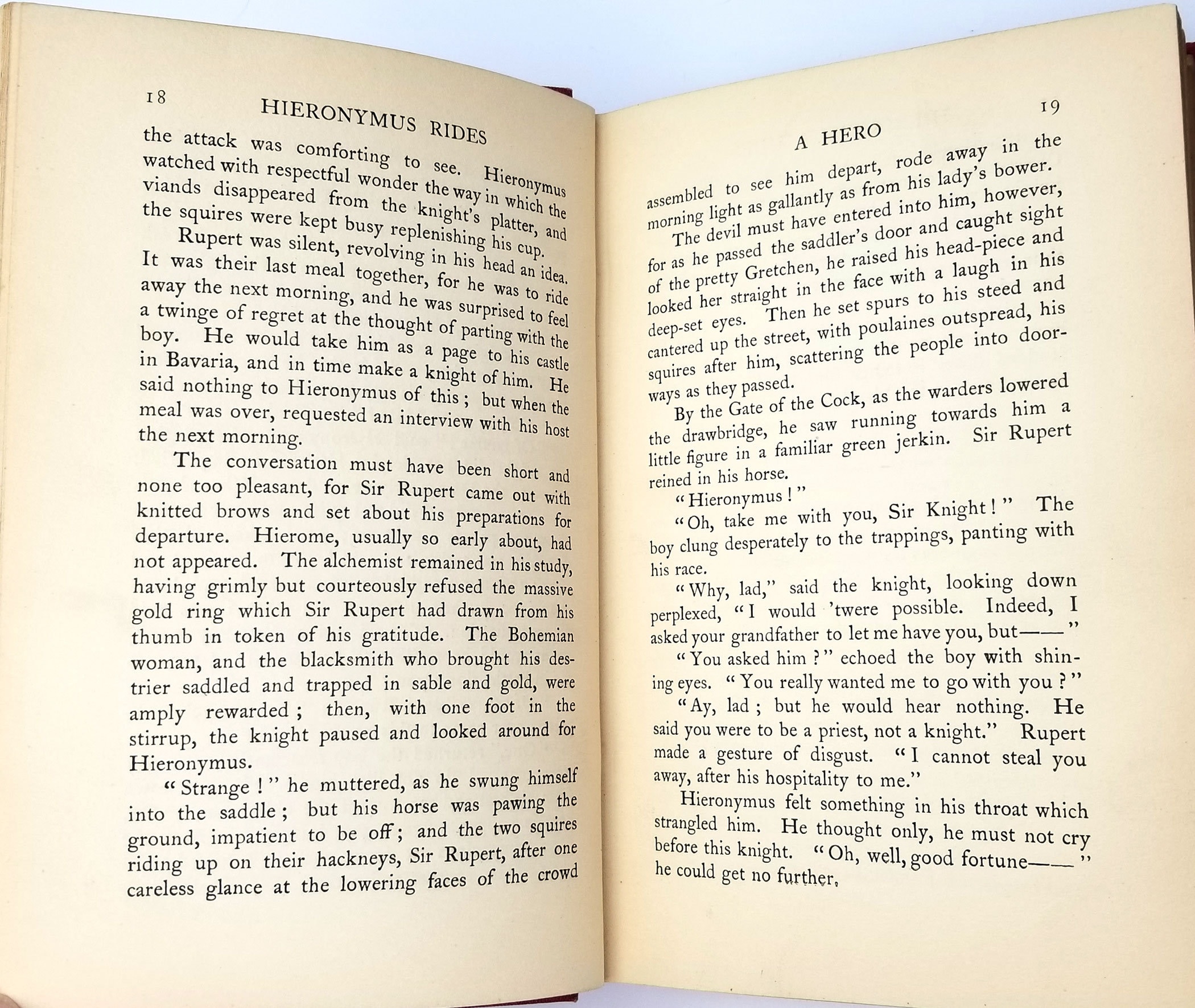 Title: Hieronymus Rides: Episodes in the Life of a Knight and Jester at the Court of Maximilian, King of the Romans

A medieval romance set in the fifteenth century around the period of Maximilian I (King of the Romans 1486-1519 and Emperor of the Holy Roman Empire 1508-1519). The life of Hieronymus is traced from his early childhood to his death. Many adventures and unusual characters, from nobles and royalty to alchemists and gypsies, are encountered across Europe. Hieronymus finds himself in turn a prisoner, a Knight of the Holy Sepulchre, a jester, and a hermit.

Anna Coleman Ladd (American, 1878-1939) was the author of two novels, but is best known for her work as a sculptor and for her work, as member of the Red Cross, creating facial prosthetics for the disfigured veterans of the First World War.