Hell Beyond the Seas: A convict's own story of his experiences in French Penal Settlement in Guiana 1st HC DJ 1936 by Aage Krarup-Nielsen 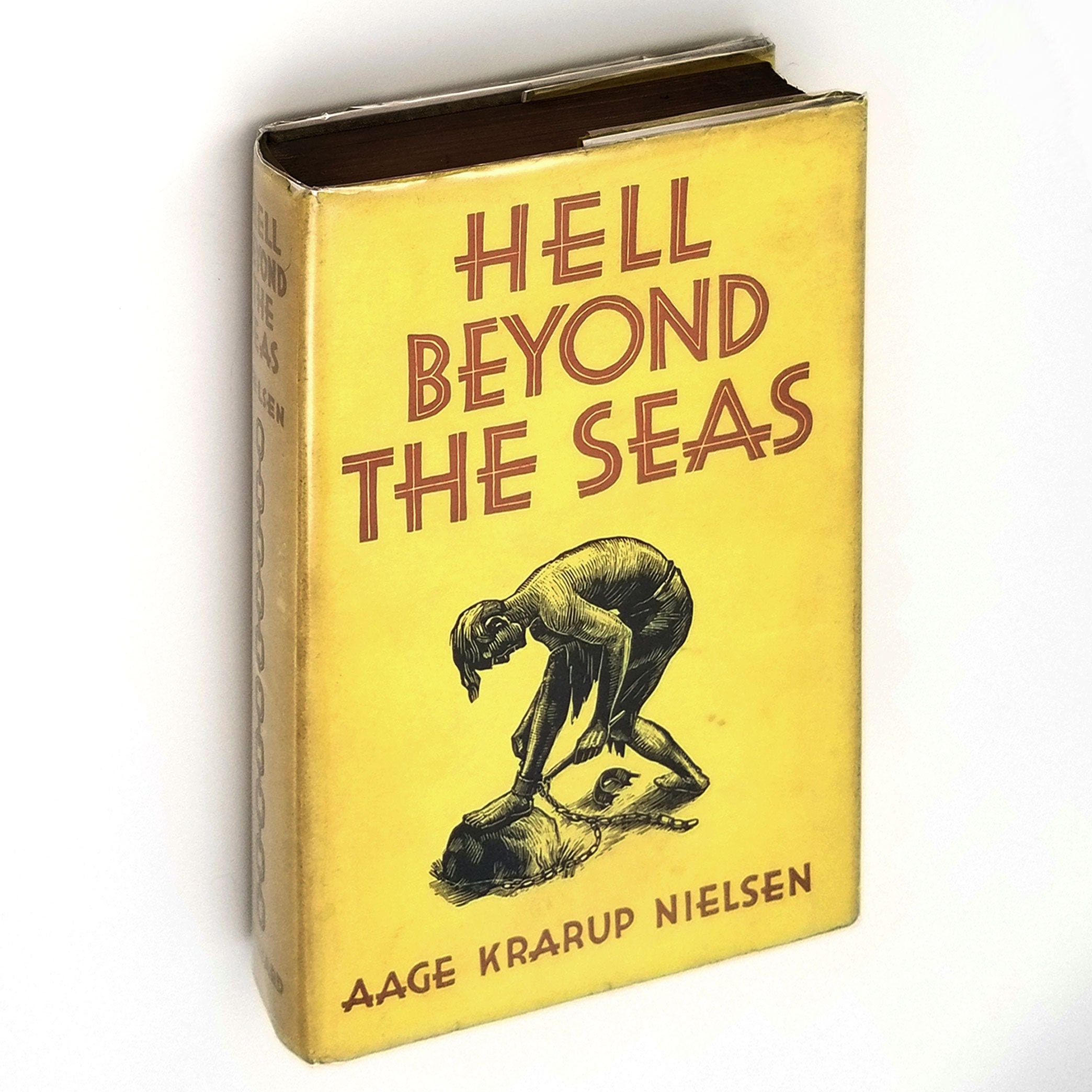 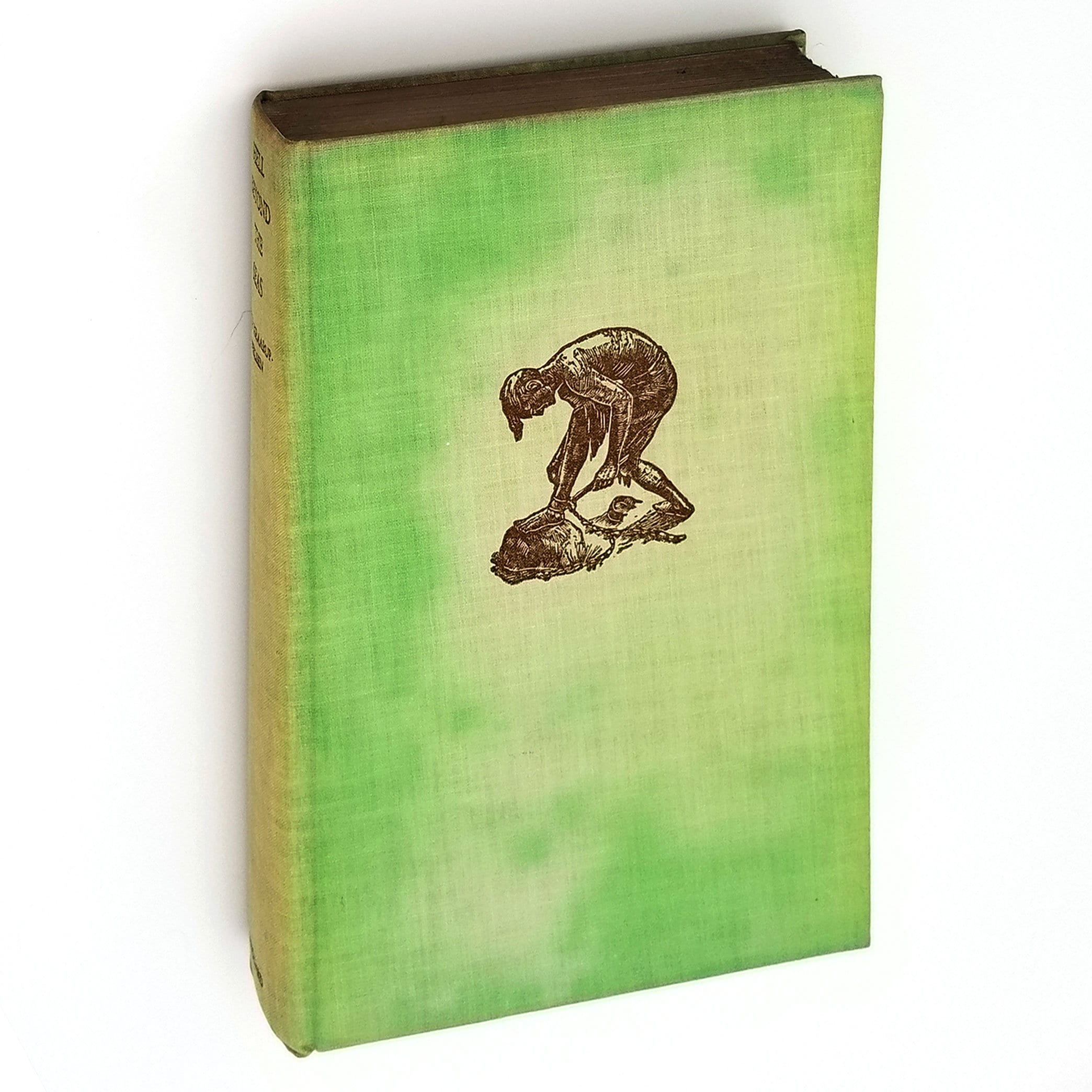 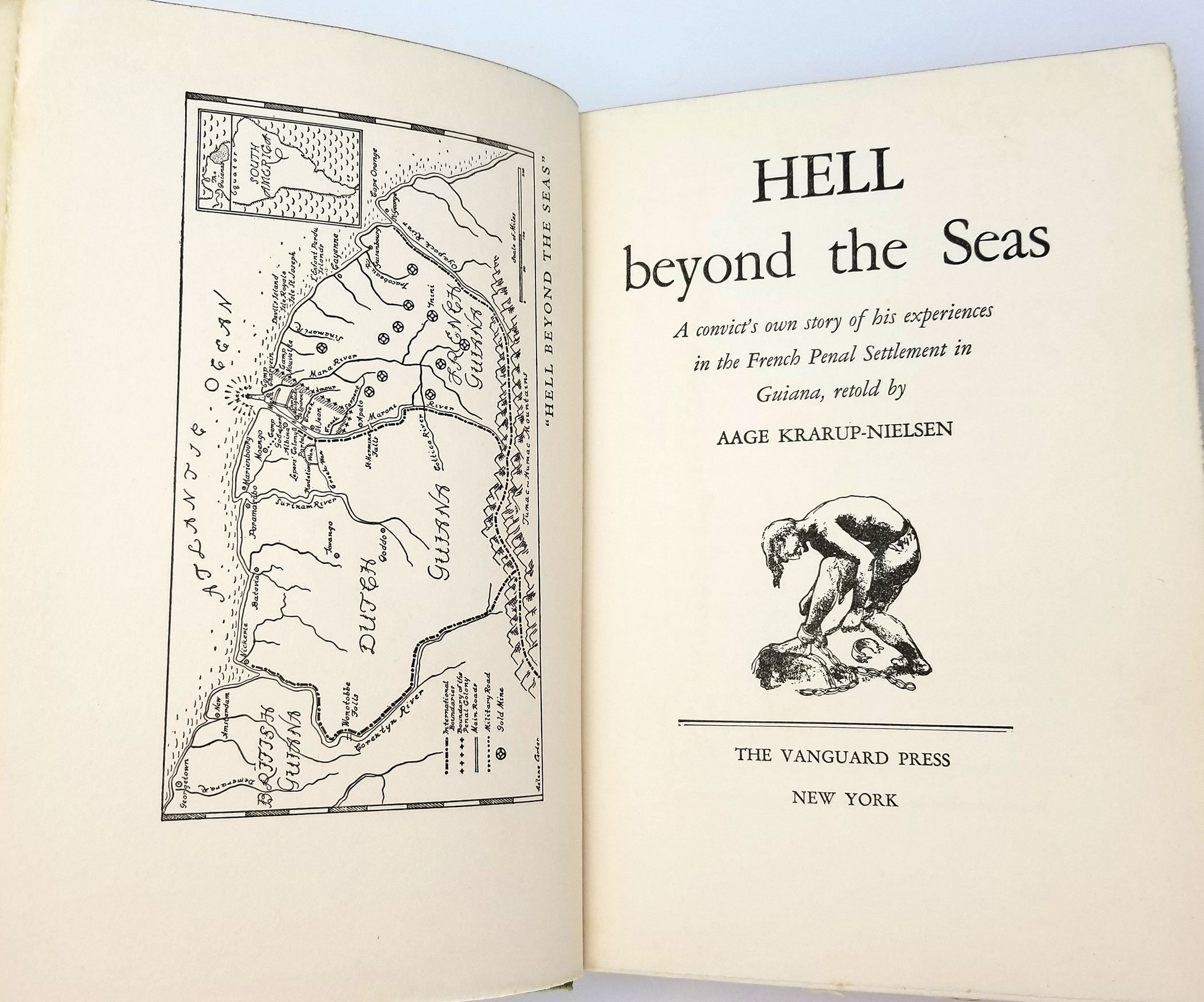 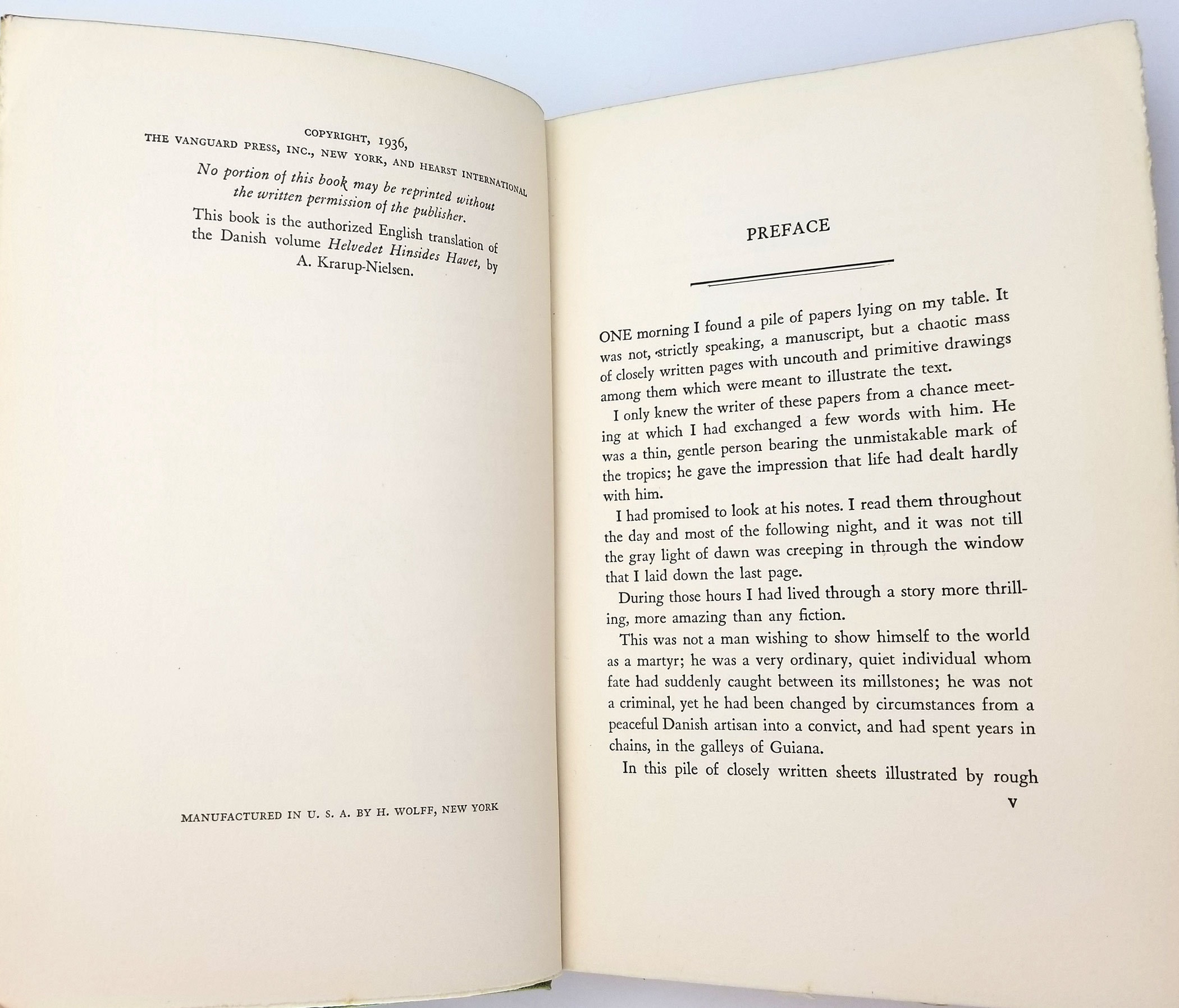 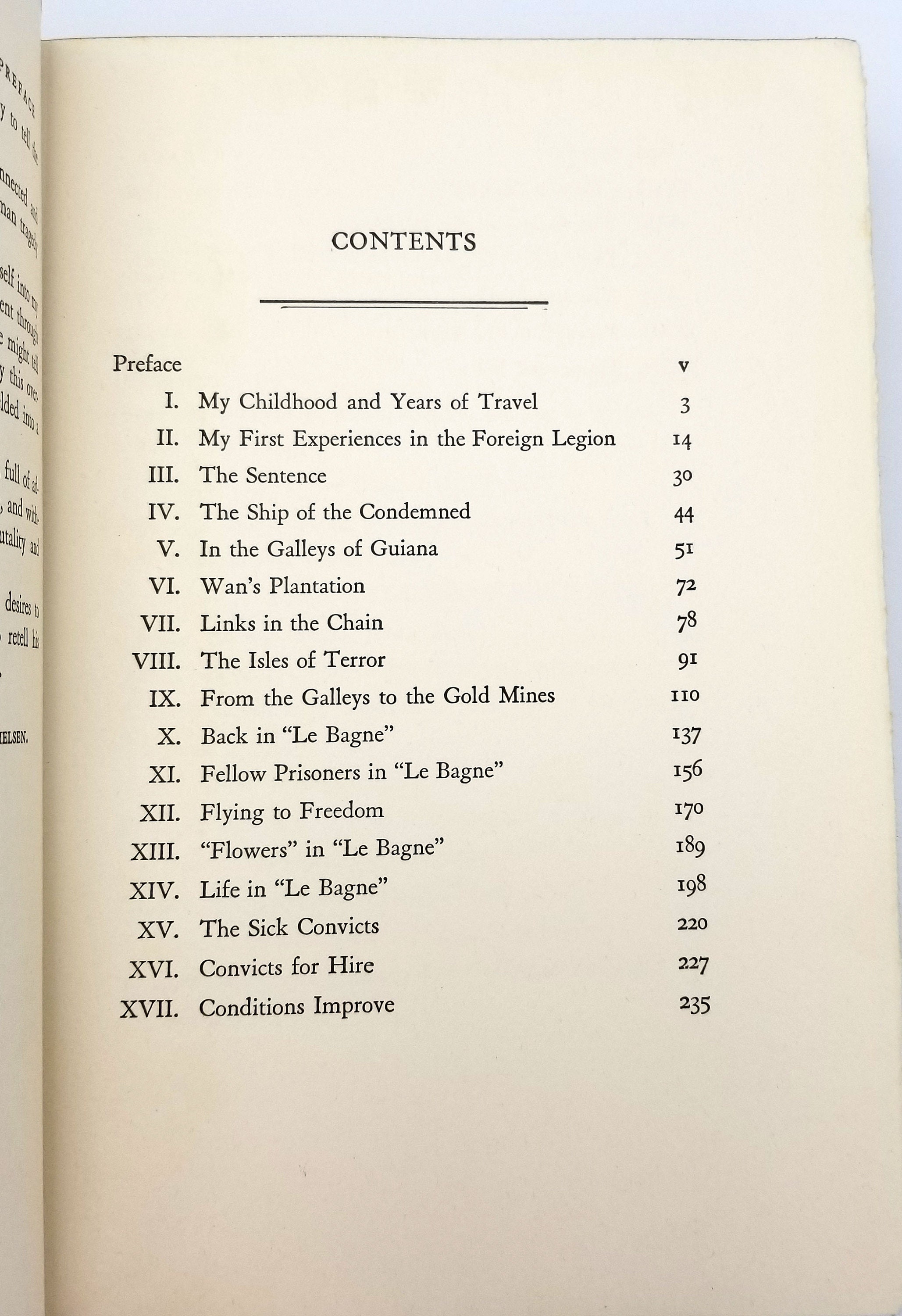 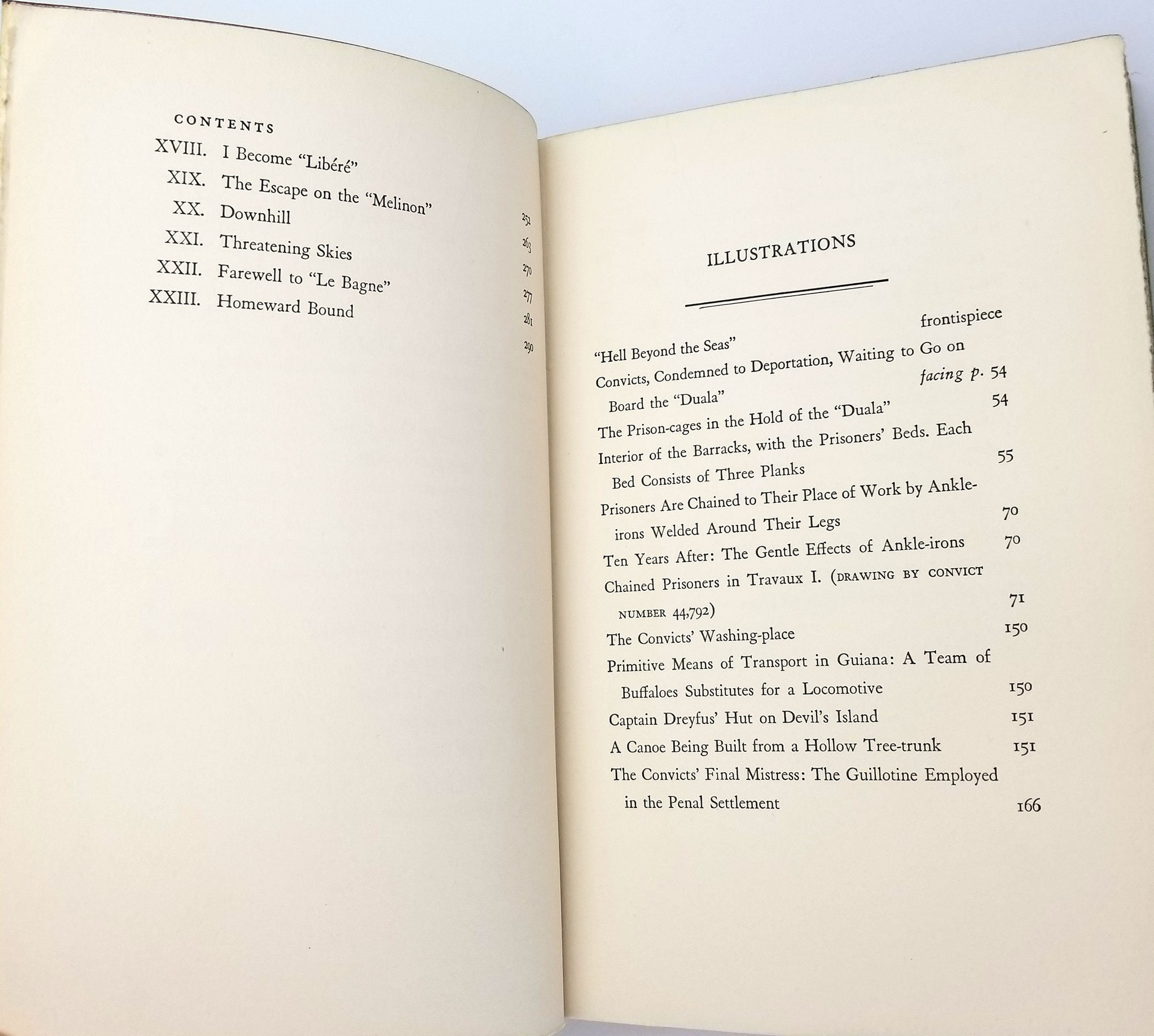 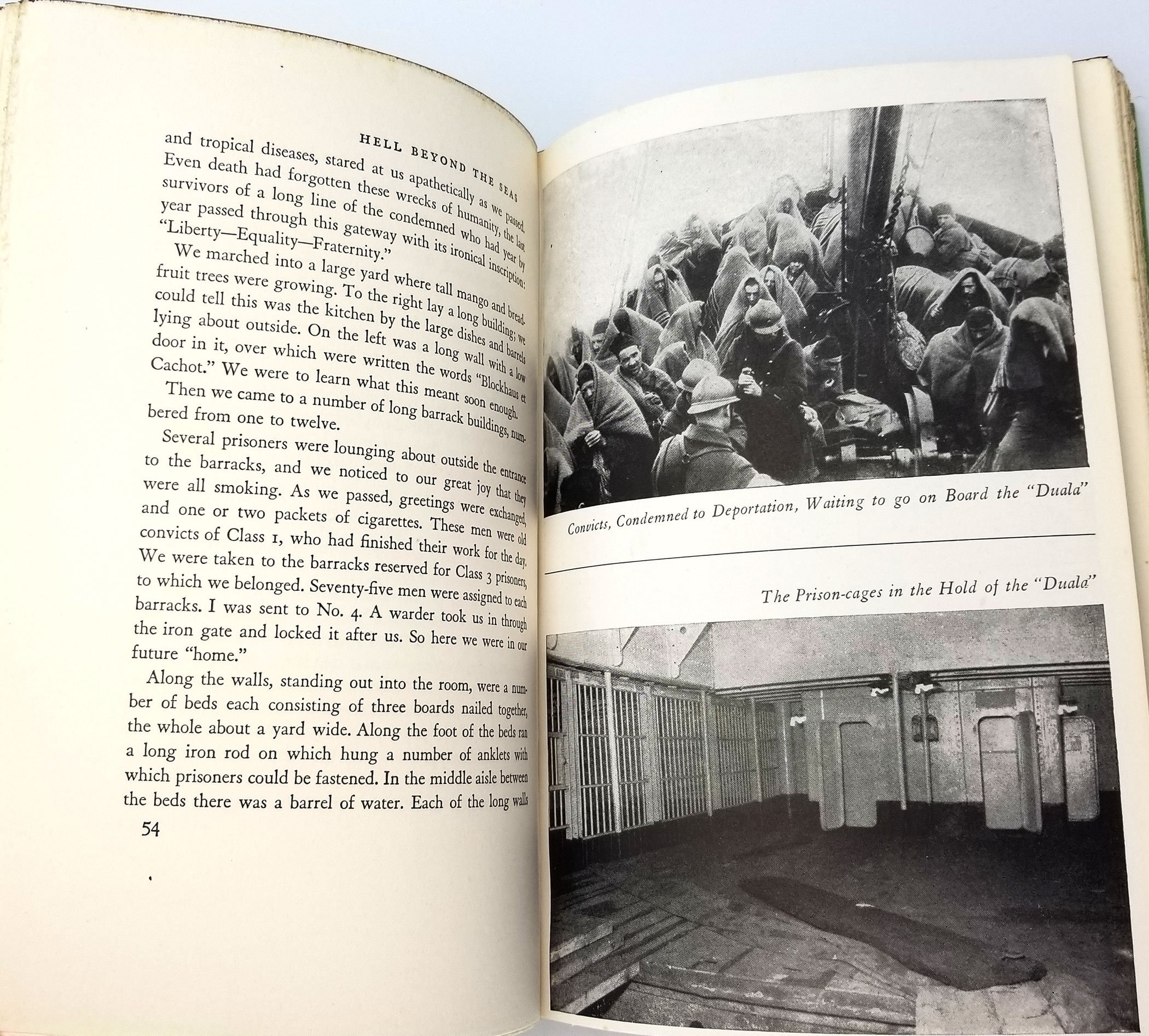 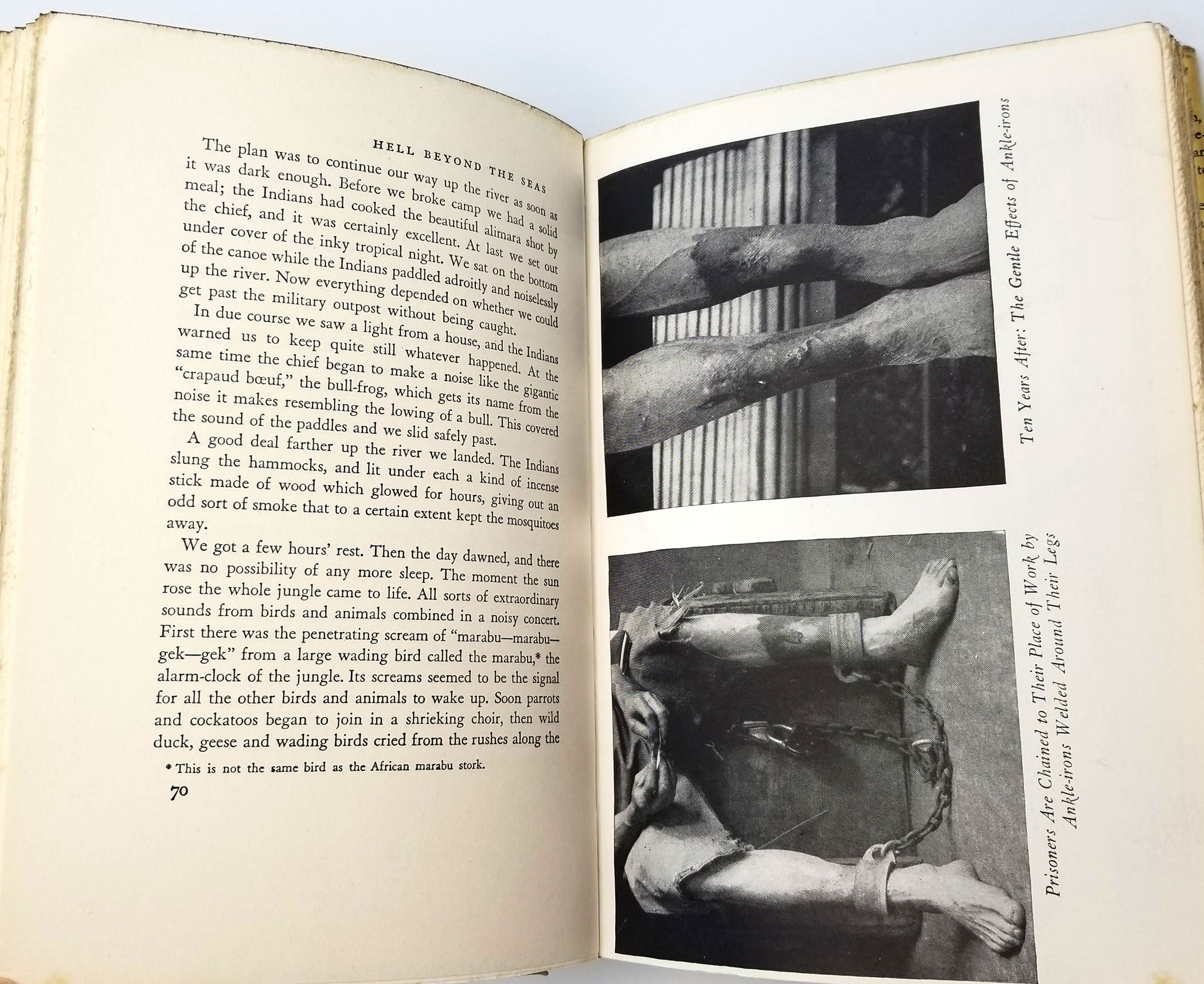 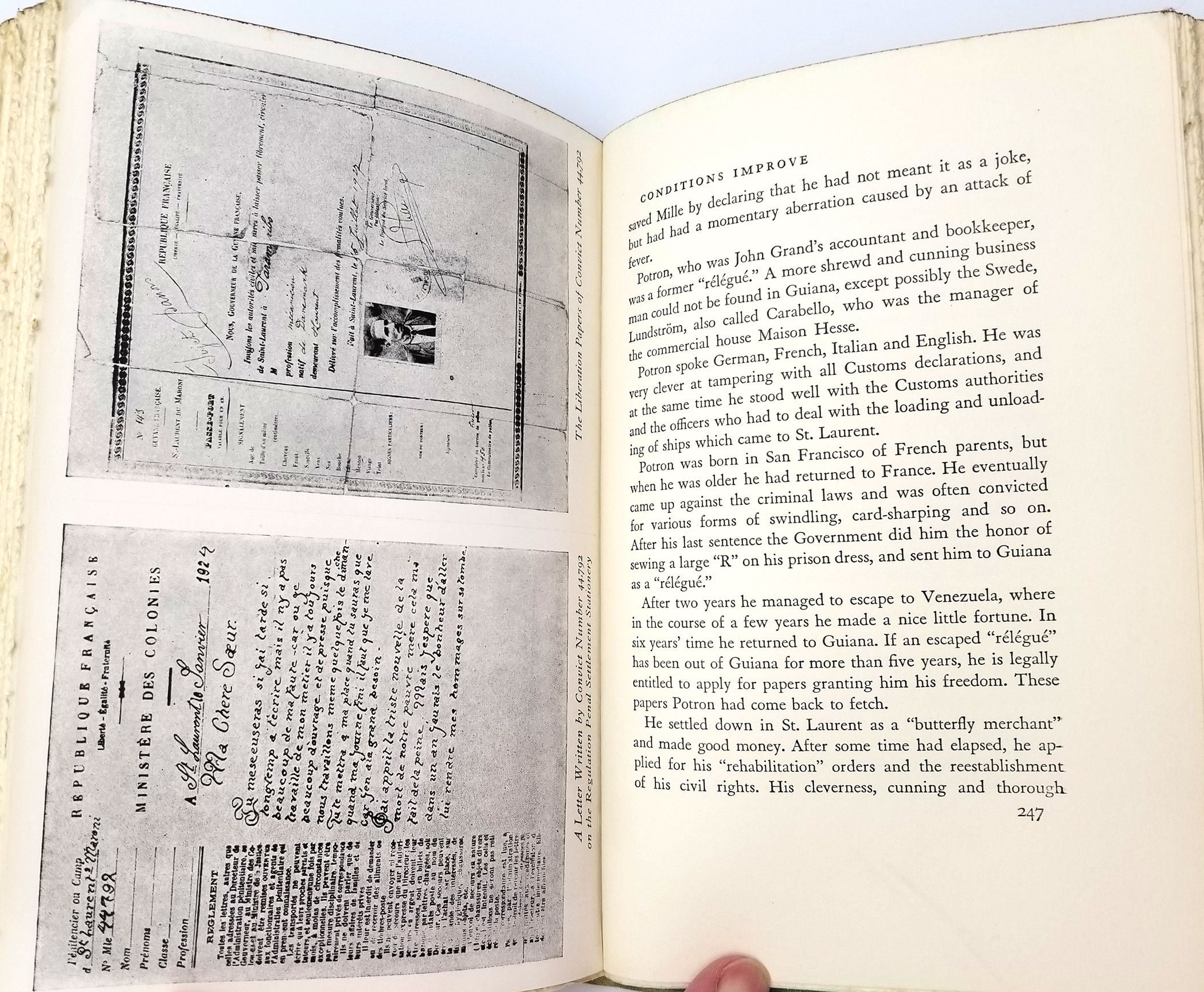 Title: Hell Beyond the Seas: A convict's own story of his experiences in the French Penal Settlement in Guiana

The personal narrative of Convict No. 44,792, a survivor of the French penal colony of French Guiana, as given to and recorded by the Danish scholar Aage Krarup-Nielsen. The man's official papers and the deep and ugly scars left by the leg irons he had worn for years bore out his statement.

His account begins with his enlistment in the French Foreign Legion, his attempt at escape, and the sentencing to hard labor he incurred as a consequence. He recounts many attempts at escape which were sometimes temporarily successful. This account of cruelty, hardship and sodden bestiality reveals the brutality of the French prison administration in Guiana, but also impresses on one the man's heroic courage and innate dignity.