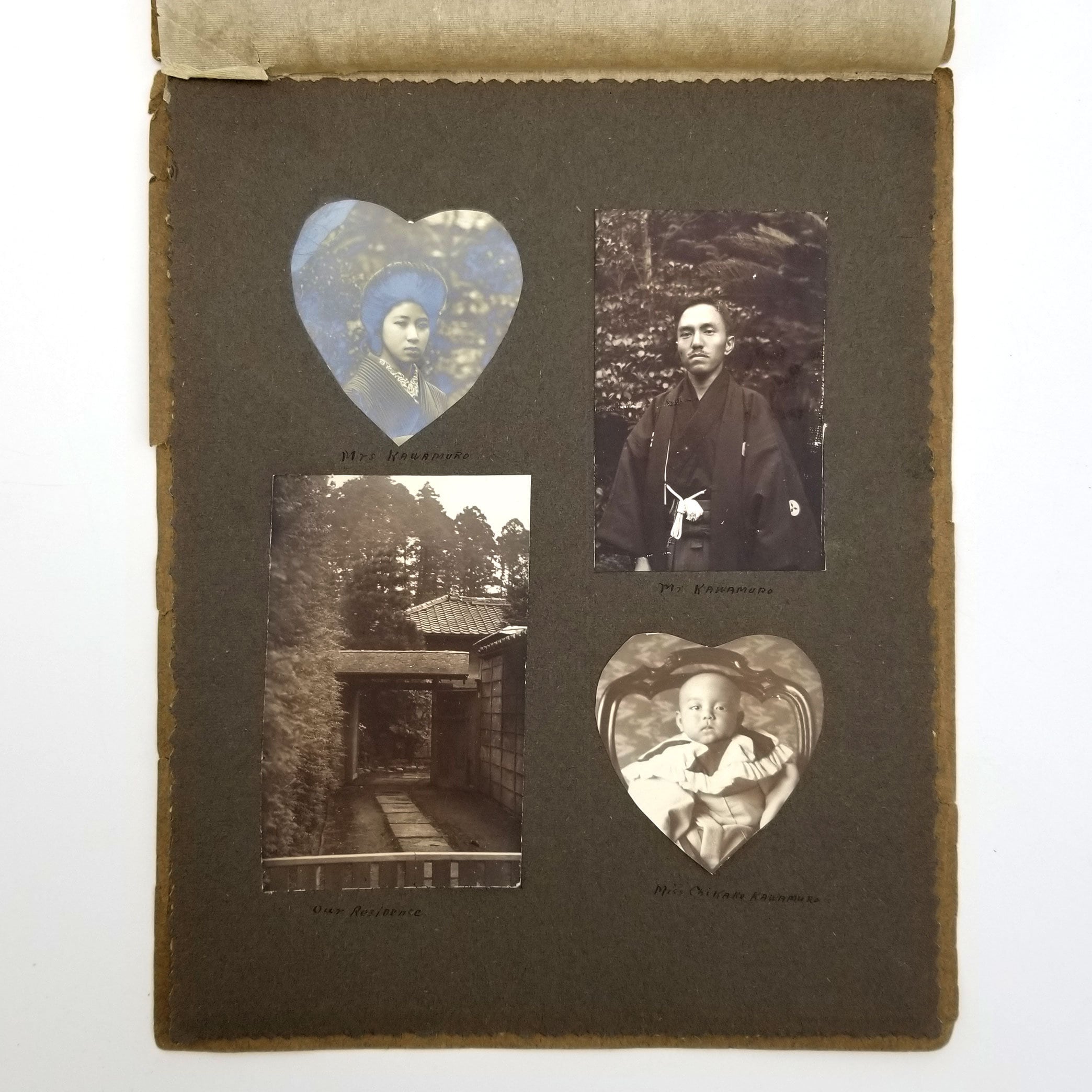 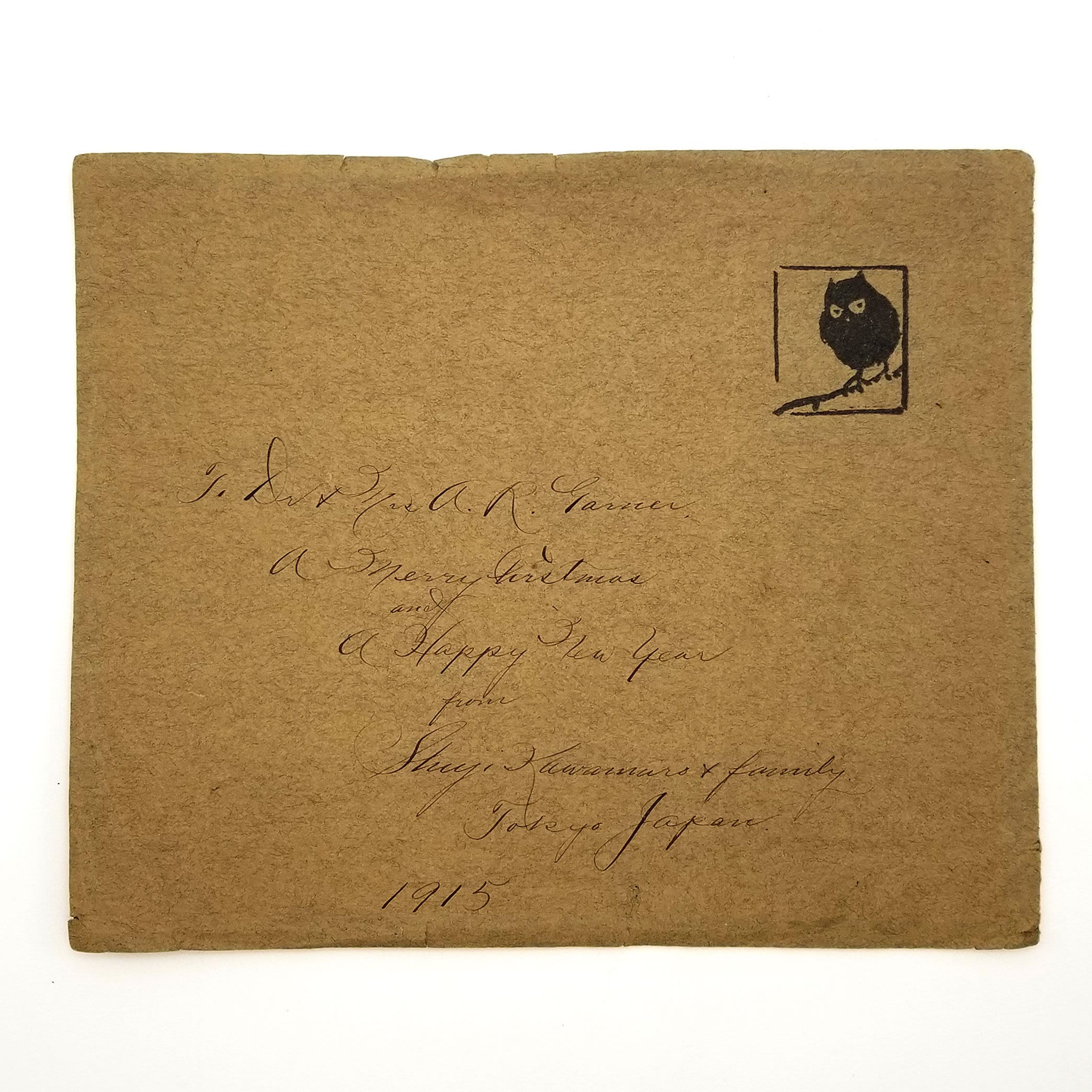 Description: Four mounted family photographs from Tokyo, Japan, dated 1915. Pictured are: Mr. Shuji Kawamuro, Mrs. Kawamuro, and their daughter Chikako Kawamuro, and what is presumed to be their Tokyo residence.

There appears to be a Philadelphia and Norristown, Pennsylvania connection between Shuji Kawamuro and Dr. A. R. Garner, to whom the photographs are addressed.

Shuji Kawamuro studied at the Philadelphia Textile School from at least 1909 and received his diploma there June 1st, 1911. (The textile school was a branch of the Pennsylvania Museum and School of Industrial Art or PMSIA).

After graduating he worked for Mitsui & Co. of New York (per a 1915-16 PMSIA circular) and with Woolen Manufacturers in Tokyo between 1923 and 1933 (according to multiple PMSIA school catalogs).

Dr. Albert Rowland Garner (1877-1950) was a longtime resident and physician/homeopath in Norristown, Pennsylvania (which is about two miles from Philadelphia). He was a Chief Medical Inspector in Norristown and the Second-Vice President of the Homoeopathic Medical Society of Pennsylvania in 1917. Garner may have been a friend or benefactor of Shuji's while he had been a student.