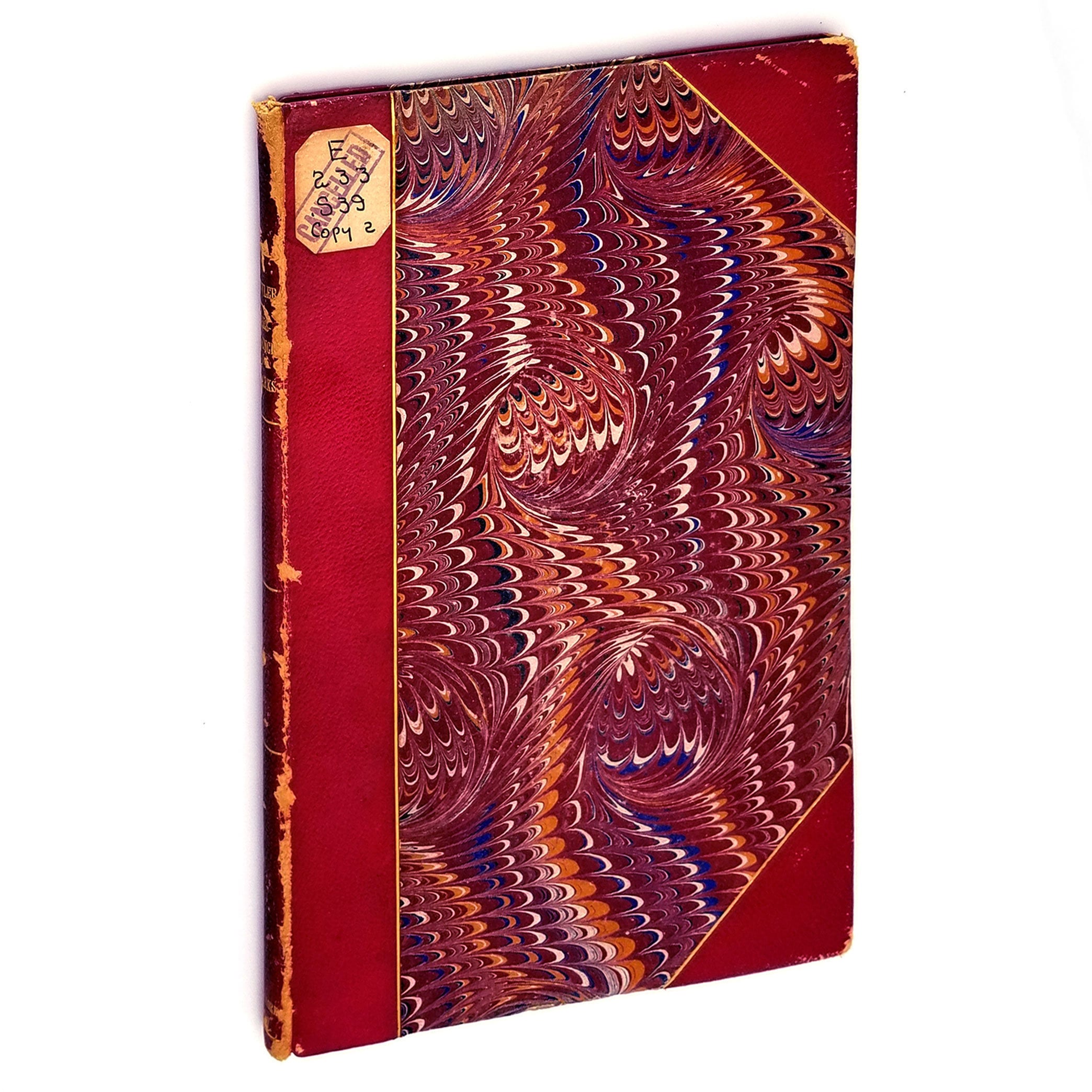 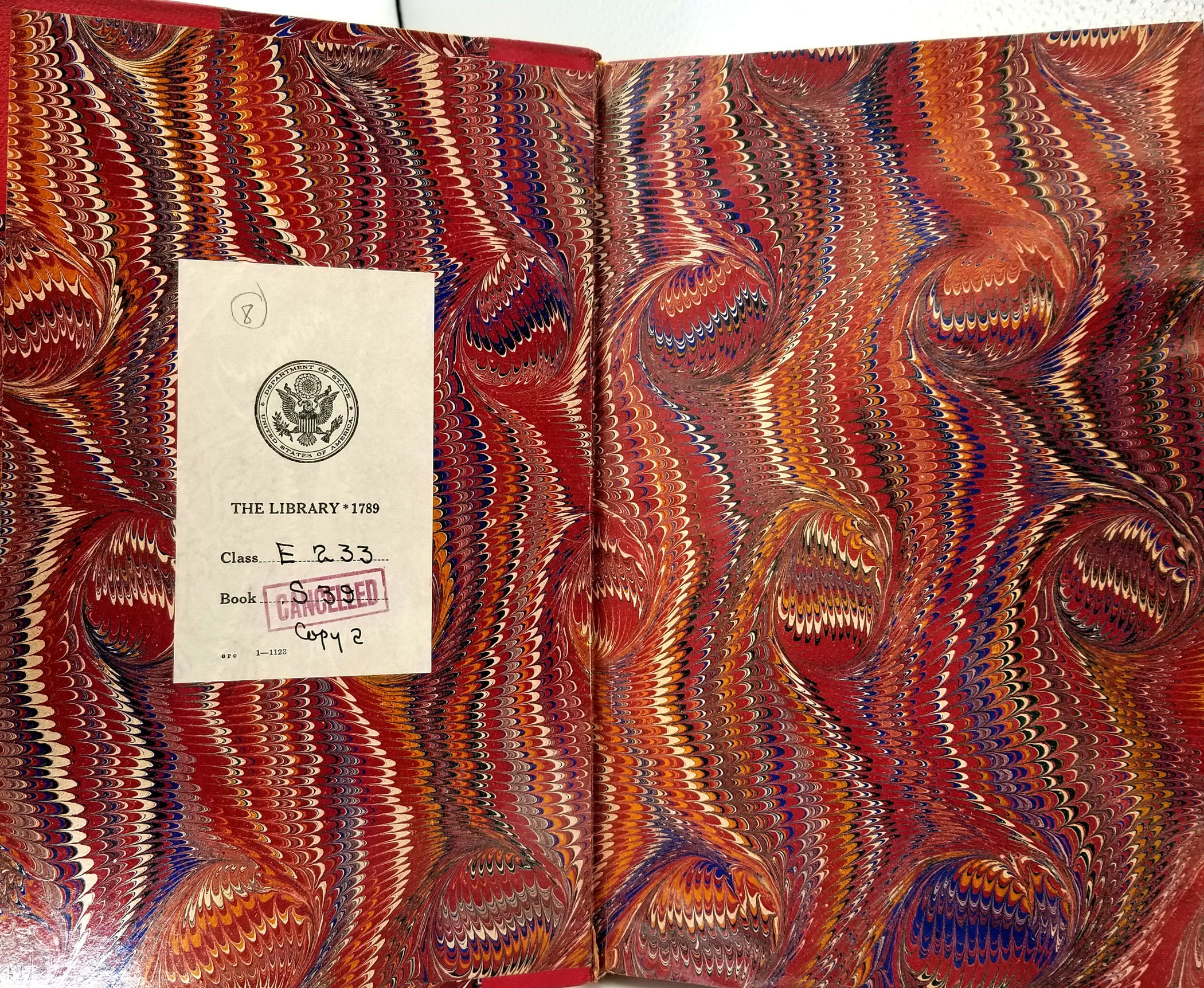 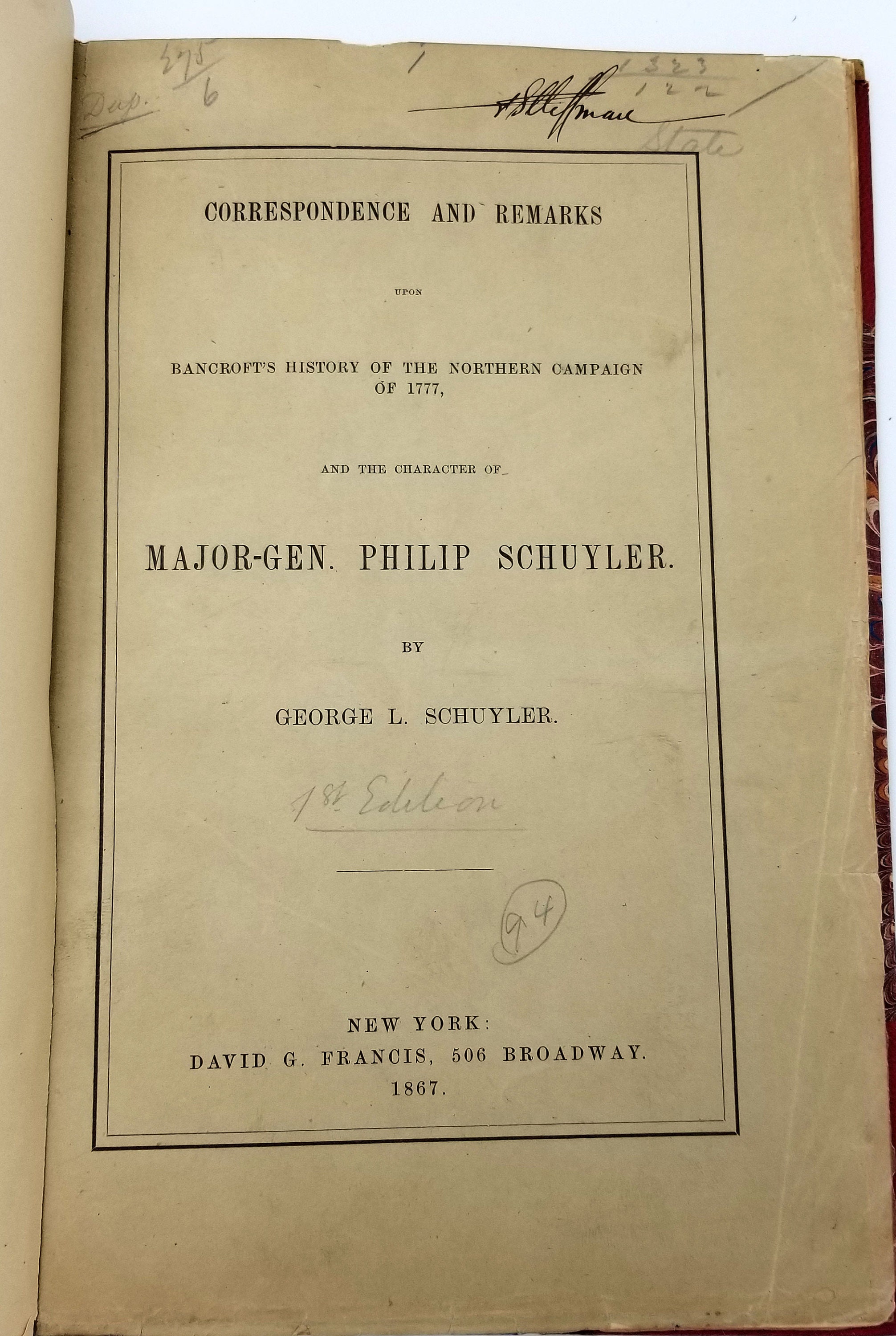 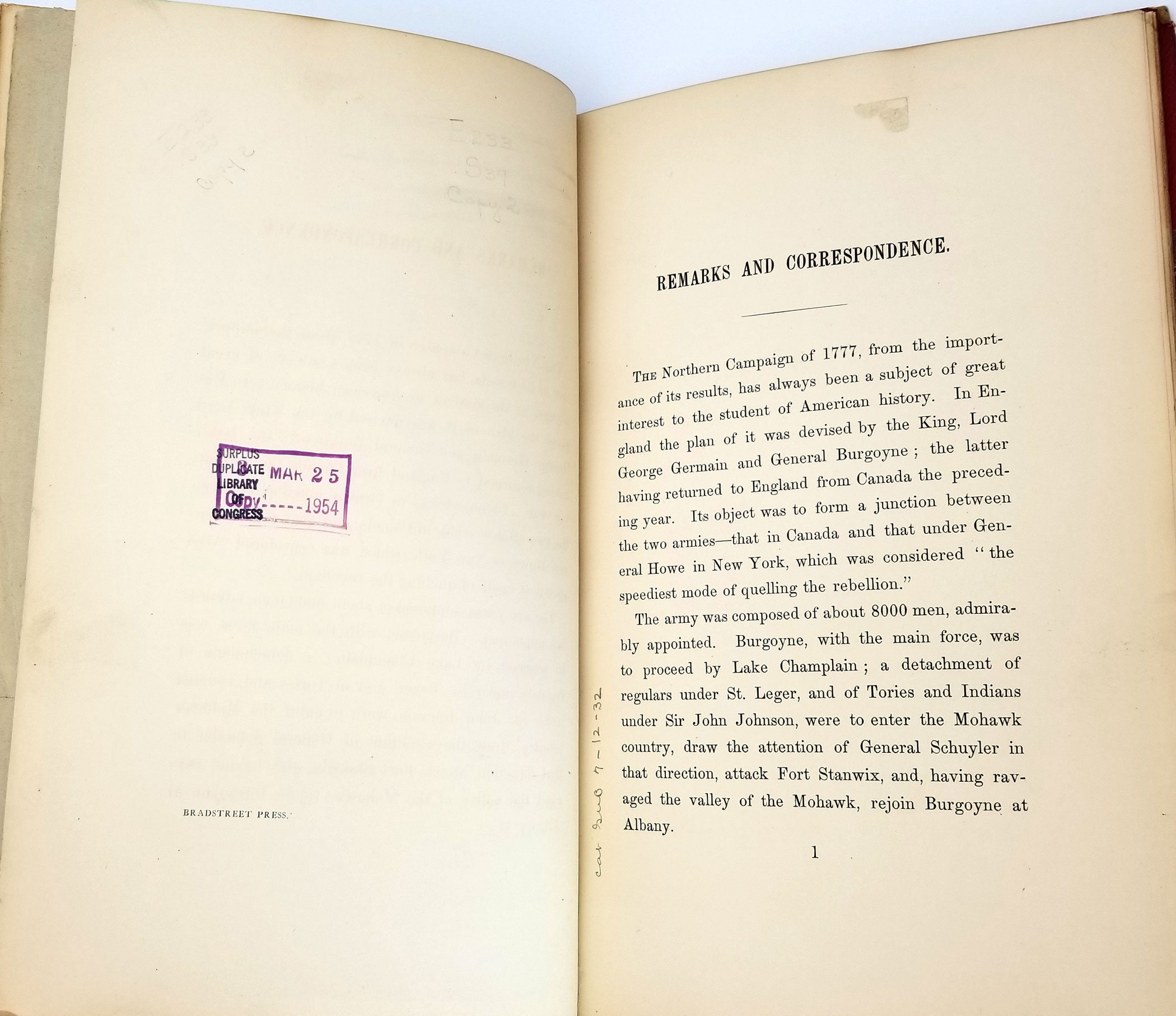 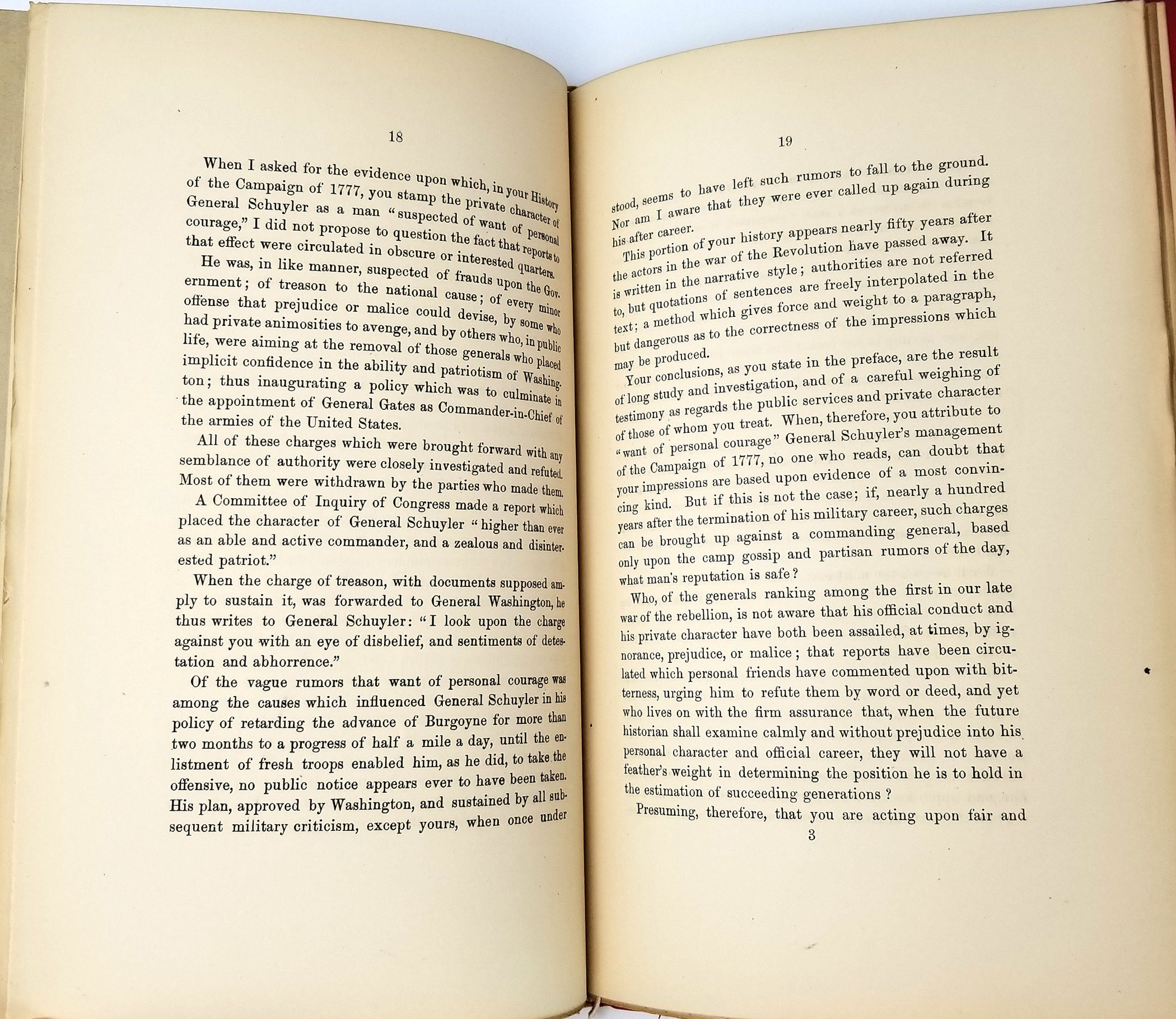 Title: Correspondence and Remarks upon Bancroft's History of the Northern Campaign of 1777 and the Character of Major-Gen. Philip Schuyler

Description: First Edition. Bound in half red leather with marbled paper sides; ruled and lettered on spine in gilt. Spine and edges scuffed and worn. Small library label in upper left corner of front board. Ex-library from the U.S. Department of State Library. Marbled endpapers. State Department library indicators on endpapers. Some marking to the original wraps and title pages; pages show an occasional blemish or pencil mark, but are generally clean. 47 pp. 9.5 x 6.25 inches.

This is a rebuttal to the historian George Bancroft's attribution of cowardice to the general.

The author, George Lee Schuyler (1811-1890), was the grandson of Major General Philip Schuyler. He married Mary Morris Hamilton, who in addition to being the granddaughter of Alexander Hamilton, was also the great-granddaughter of Major General Philip Schuyler (the Hamiltons and the Schuylers were closely connected families). The author was also one of the founders of the New York Yacht Club and one of the owners of the schooner yacht America (the first America's Cup winner).