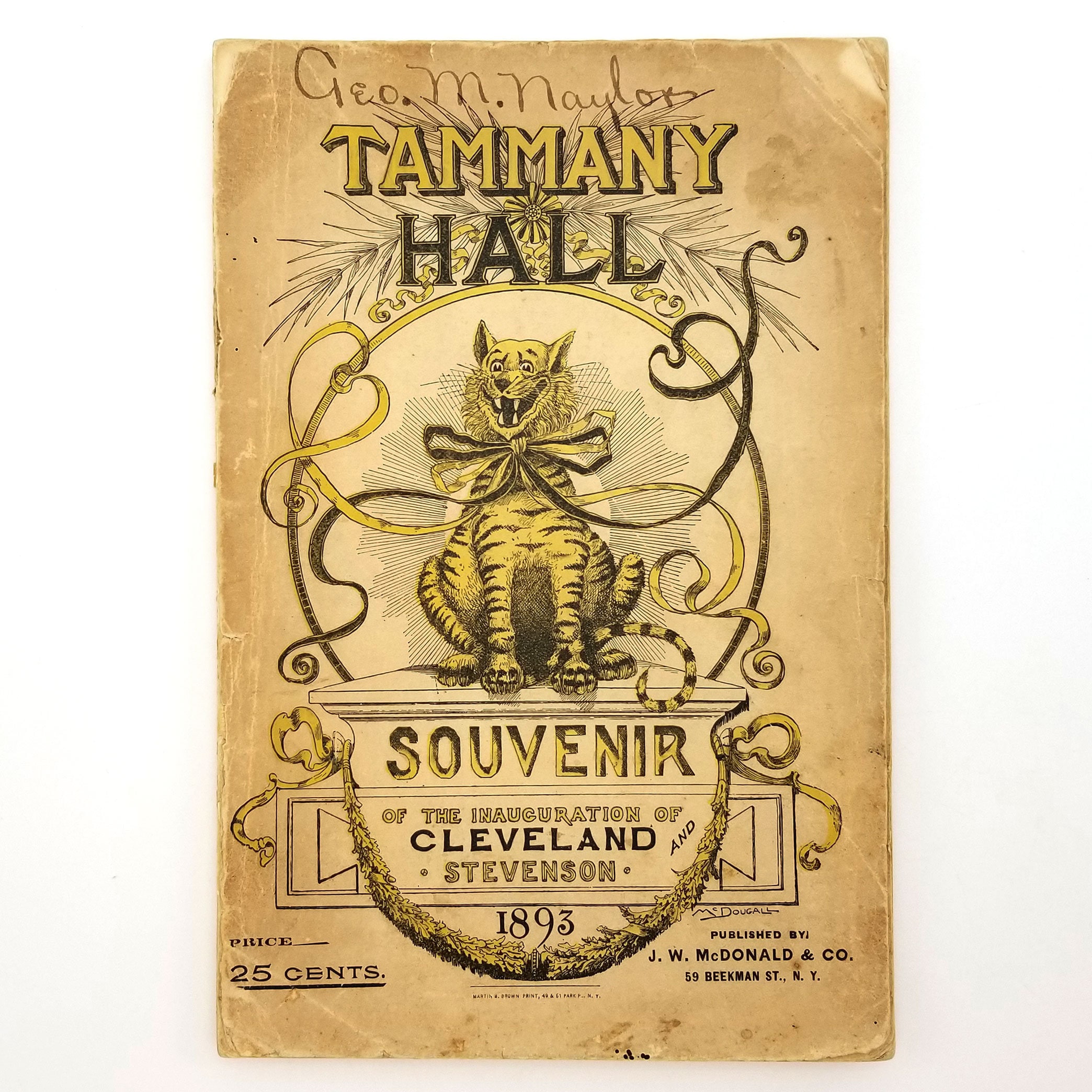 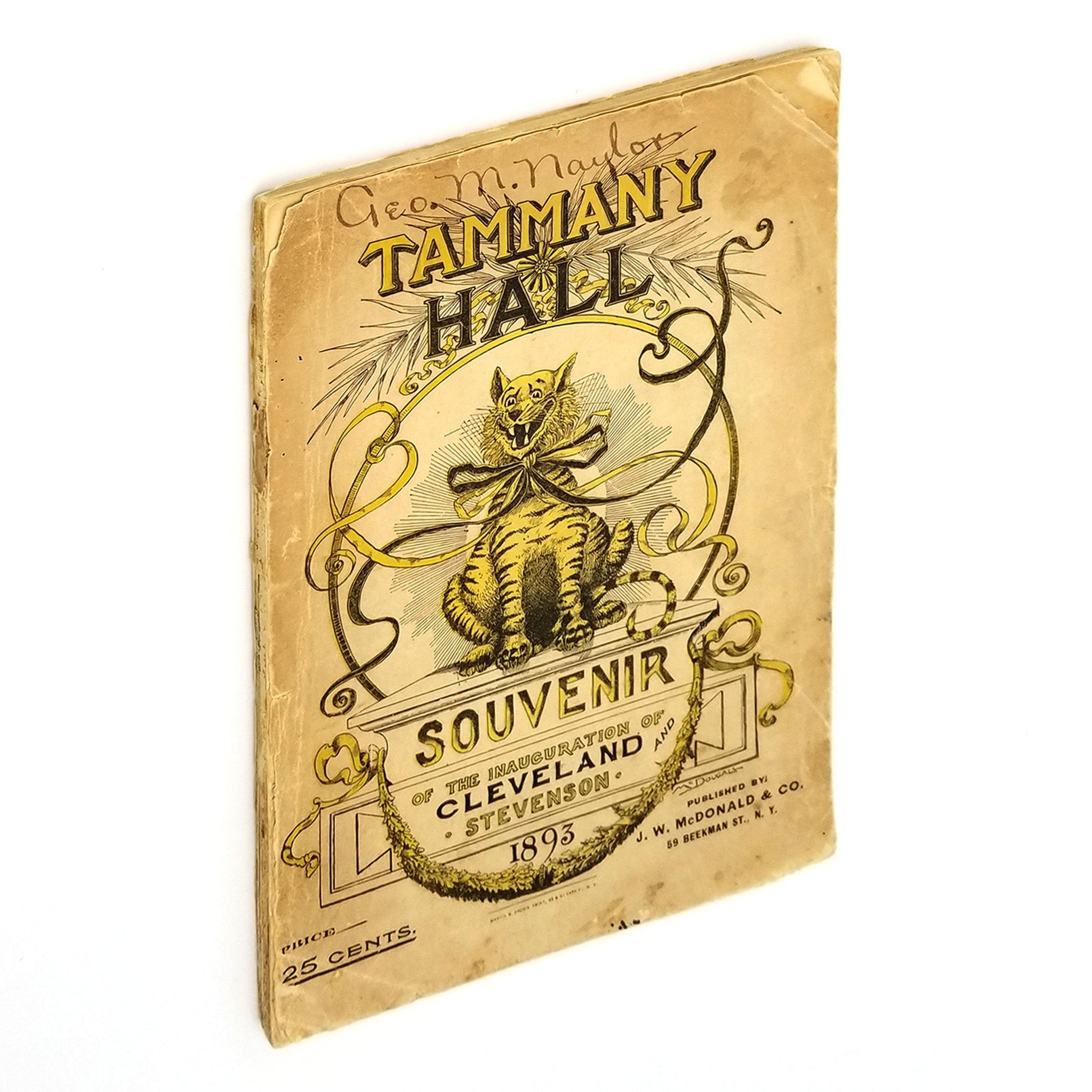 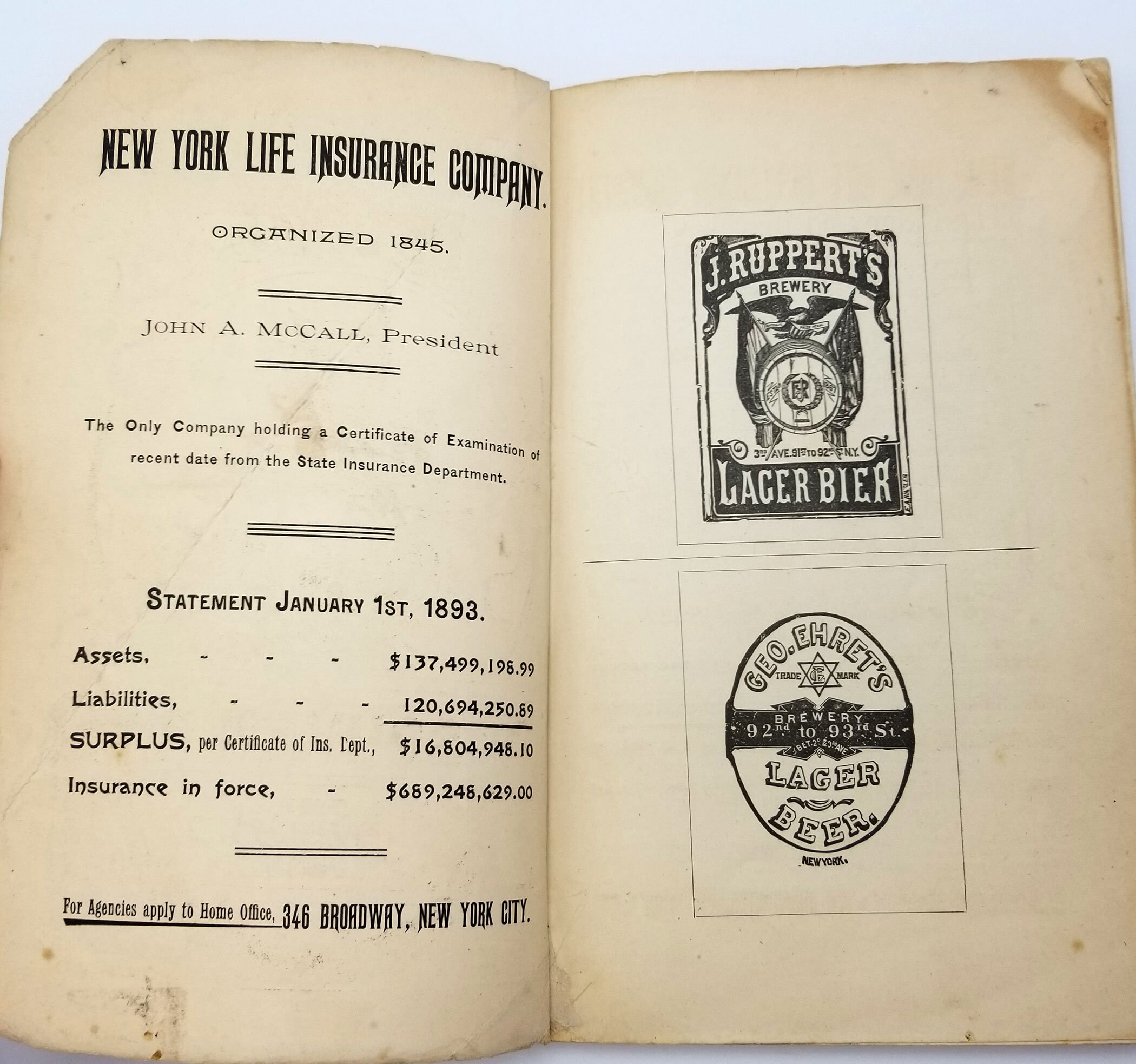 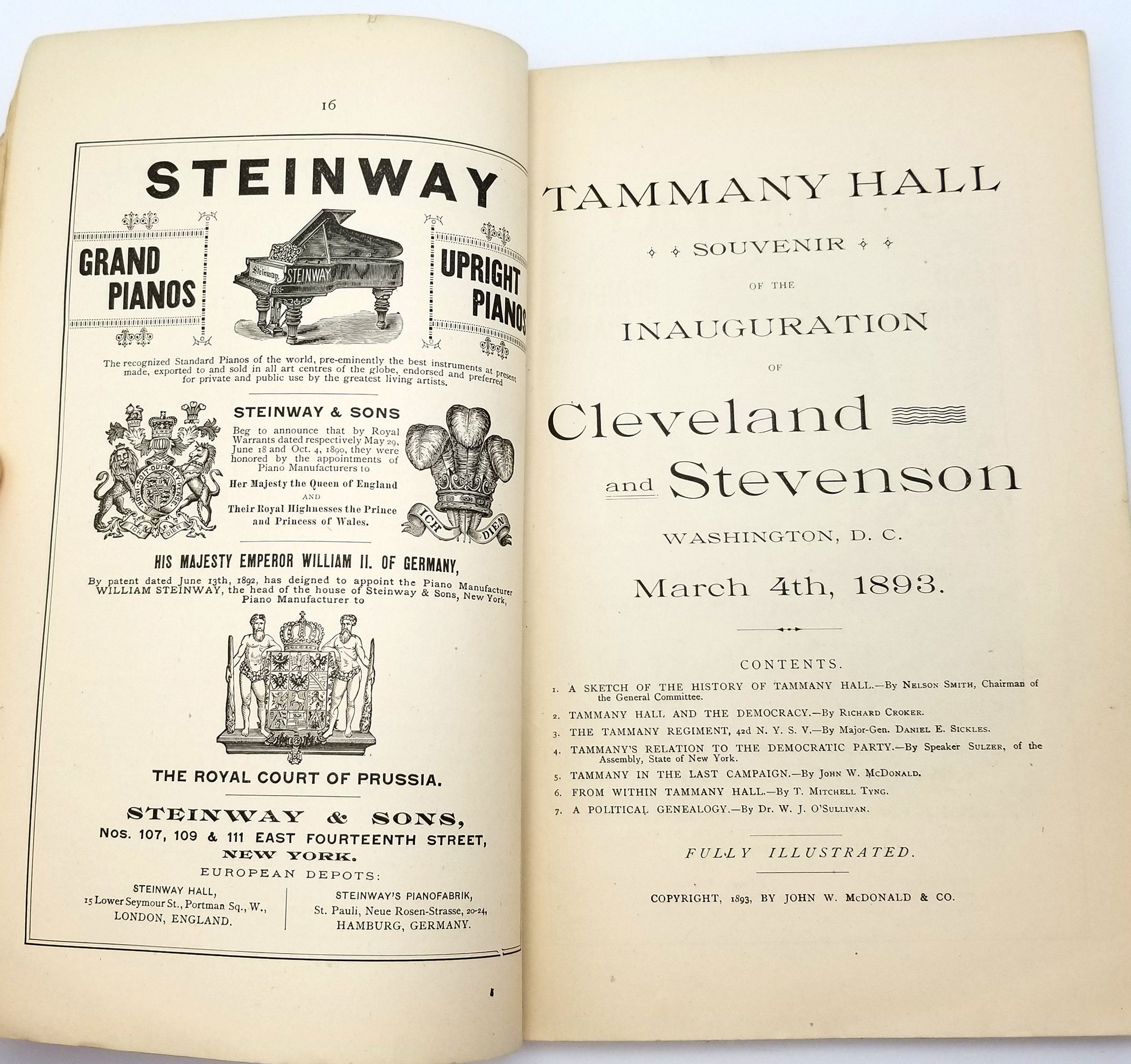 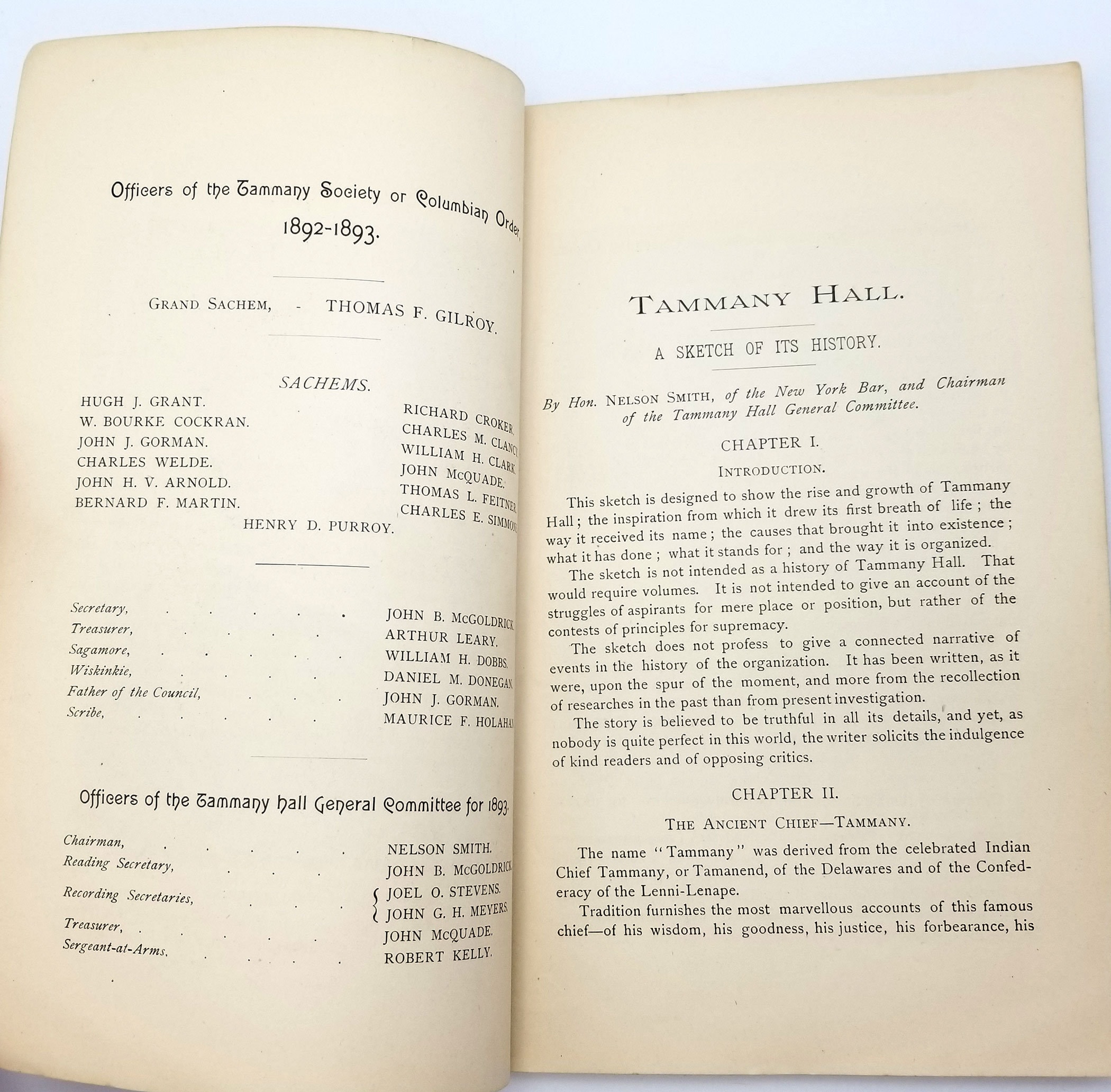 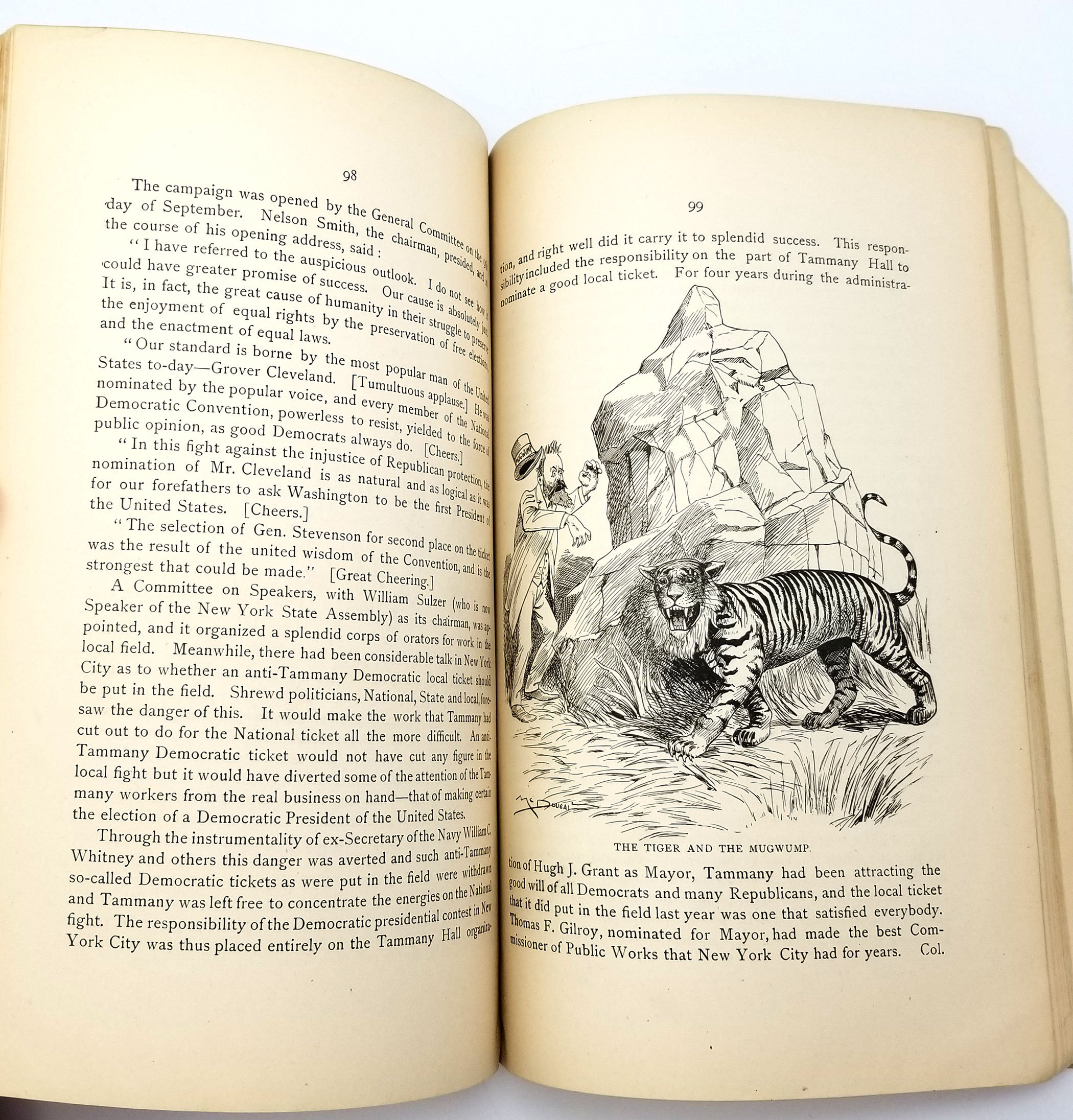 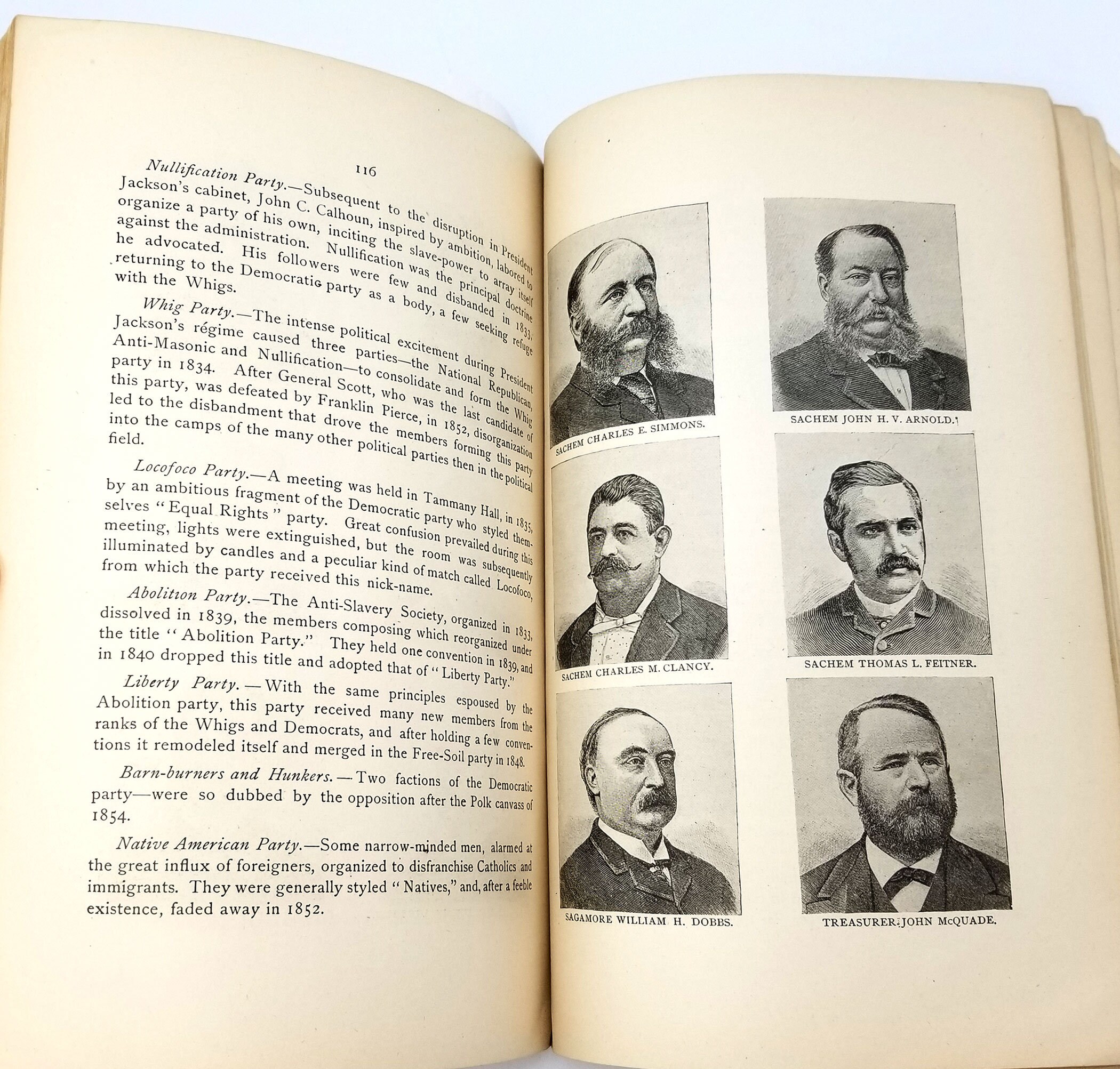 Seven essays, including a history of Tammany Hall, a history of the 42nd New York Volunteer Infantry Regiment (aka the Tammany Regiment), and an account of Tammany Hall's involvement in the national and local political campaigns of 1892. It also includes a five page article on the difficulty of printing ballots, the 1805 Tammany Hall statement of incorporation, and its Bylaws, Rules and Regulations. Includes many portraits, including those of two of the authors (Nelson Smith and Richard "Boss Croker") and each of the leaders of the thirty District Assemblies. Also, more than 25 pages of vintage advertising (beer, Otis Elevator, cigars, horse stables, etc).