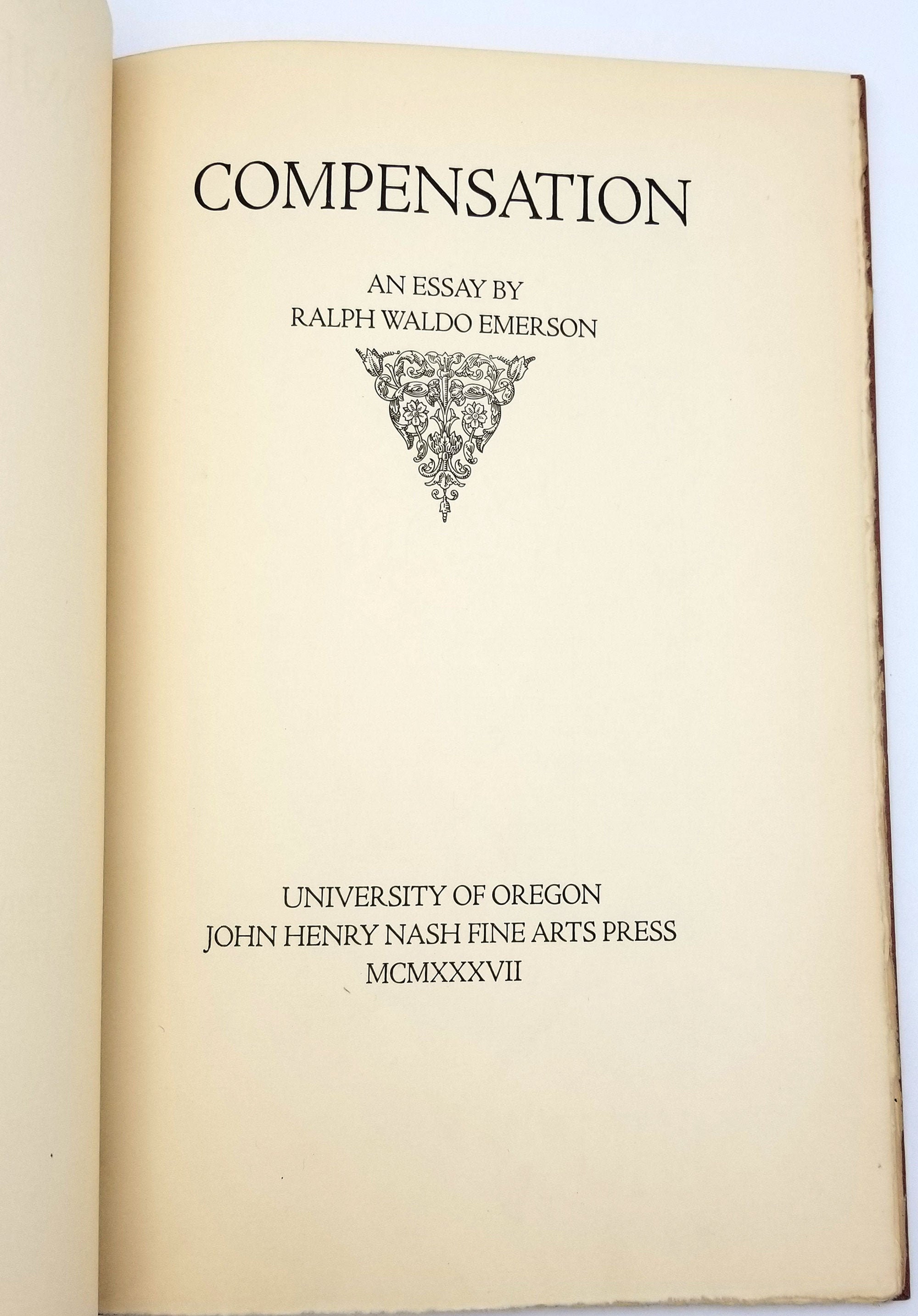 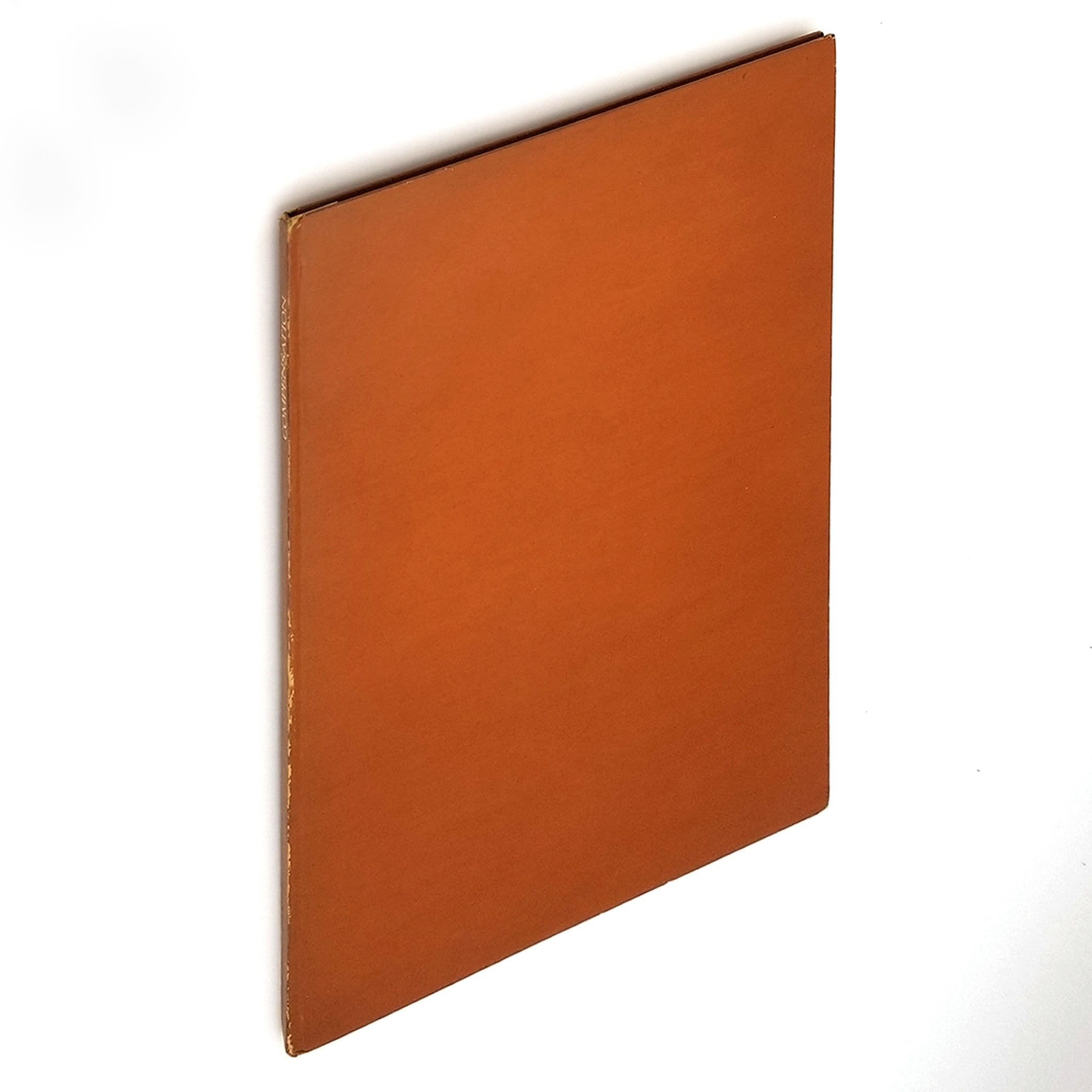 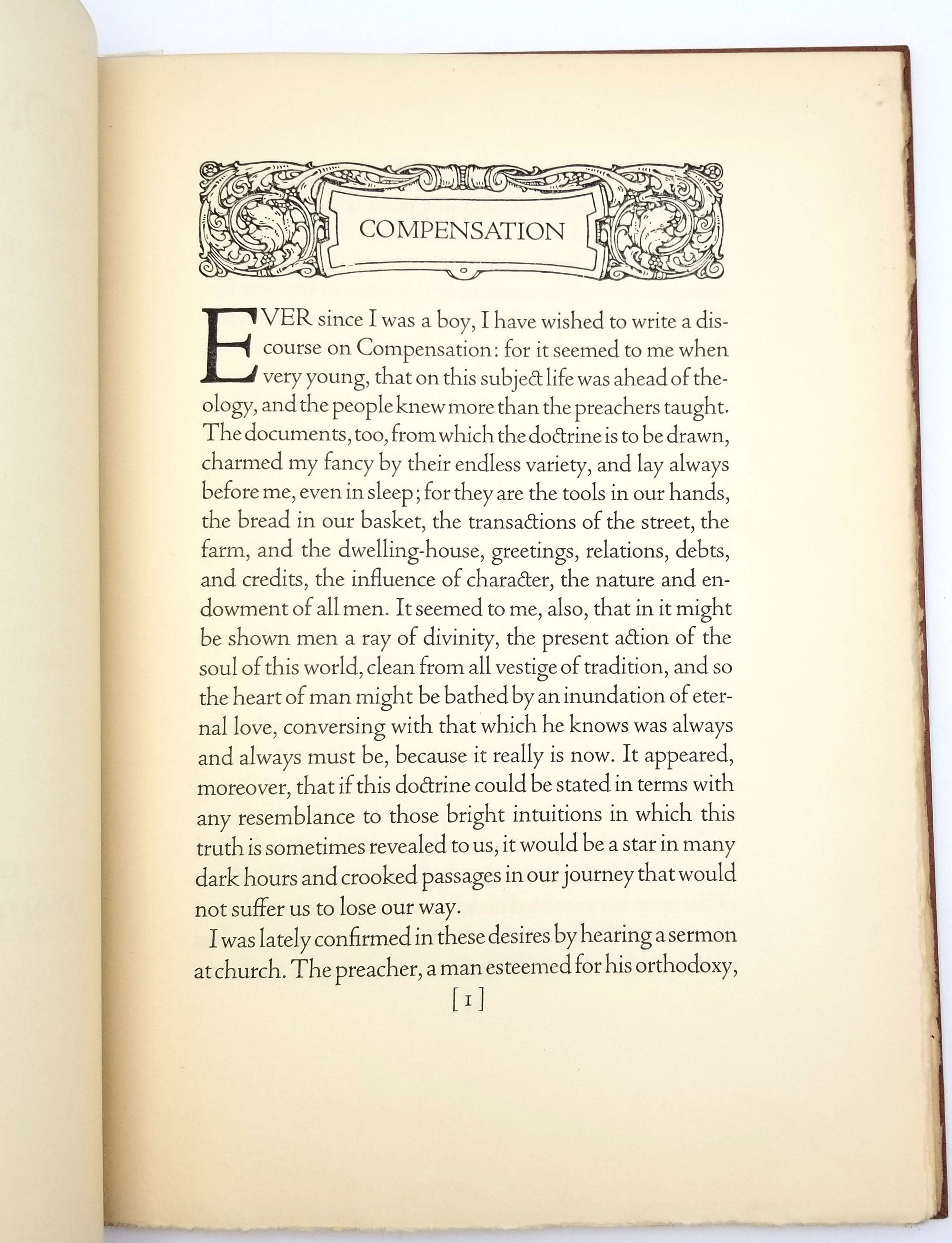 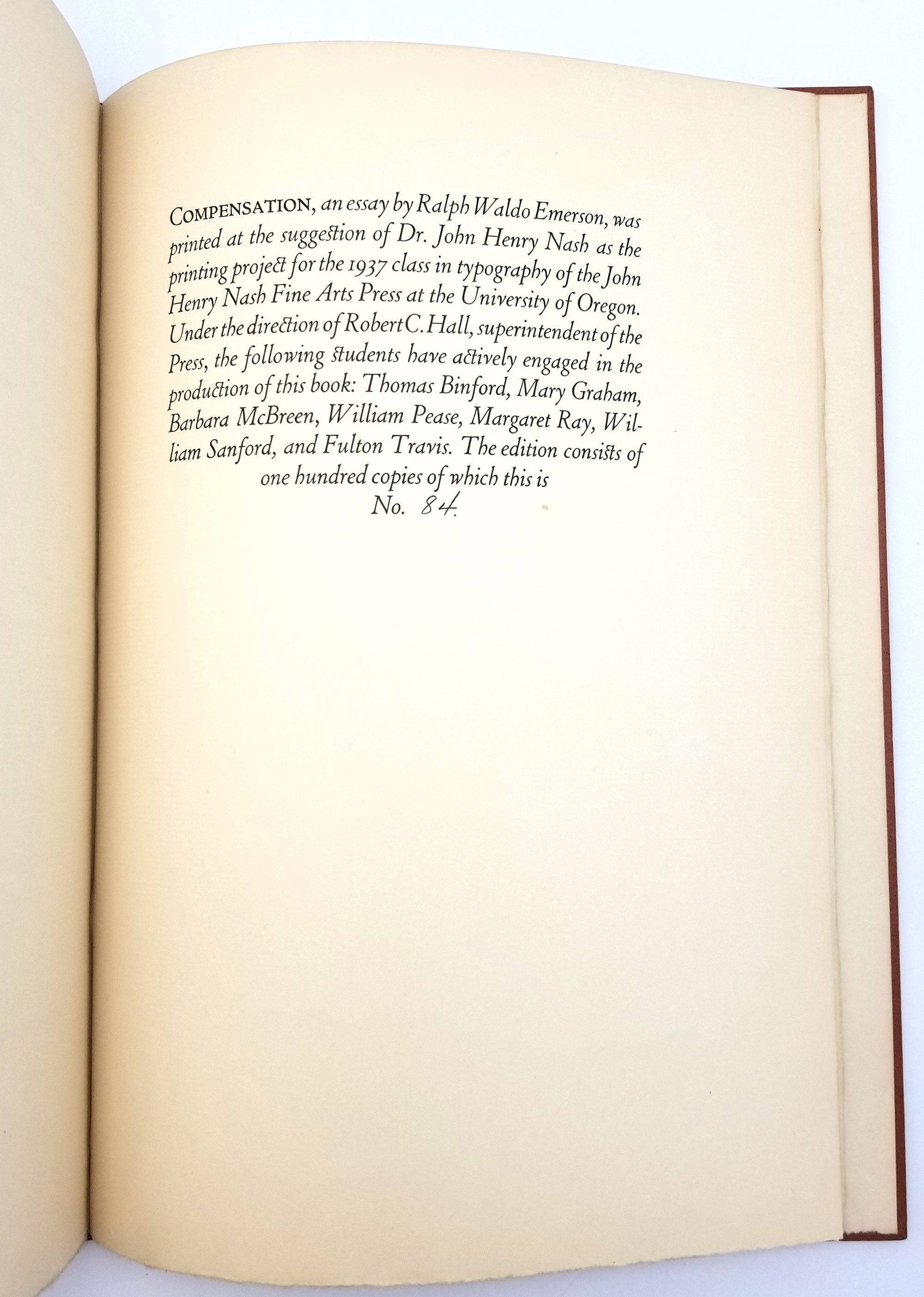 Description: Limited, numbered edition [87/100]. Brown boards with gilt lettering on spine. Light wear at head and foot of spine and corners. Pages clean. 27, [1] pp. 10.5 x 7.5 inches. Laid in is a presentation slip from the John Henry Nash Fine Arts Press, School of Journalism, University of Oregon, made to J. W. Murphy in appreciation of his gift to the press.

The colophone page states "Compensation, as essay by Ralph Waldo Emerson, was printed at the suggestion of Dr. John Henry Nash as the printing project for the 1937 class in typography of the John Henry Nash Fine Arts Press at the University of Oregon. Under the direction of Robert C. Hall, superintendent of the Press, the following students have actively engaged in the production of this book: Thomas Binford, Mary [Finlay] Graham, Barbara [Rose] McBreen, William [Lee] Pease, Margaret [Lucile] Ray, William [Milnor] Sanford, and Fulton [Haight] Travis. This edition consists of one hundred copies of which this is No. 84."

One of the students involved in the making of this book, Thomas Peter Binford (1914-1983), printed an earlier volume under the direction of John Henry Nash in 1934: Memaloose by Frederic Homer Balch. After graduating, Binford went on to be involved in the publishing industry through the notable Portland firm of Binfords & Mort.