God and I Will Talk It Over.. A Psychic Collaboration Ca. 1935 by Ronald & Kathleen Holme - Spiritualism - Seance - Medium 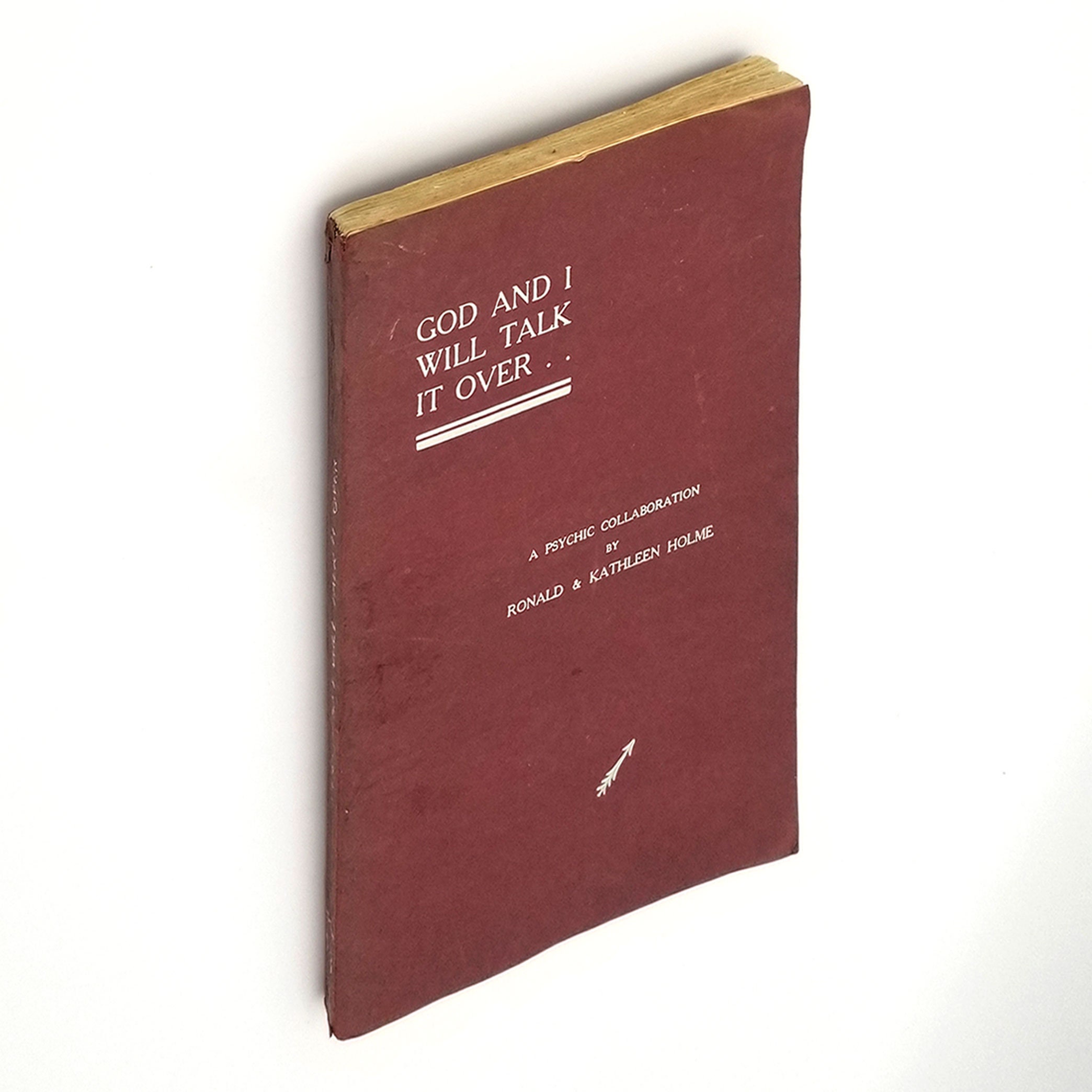 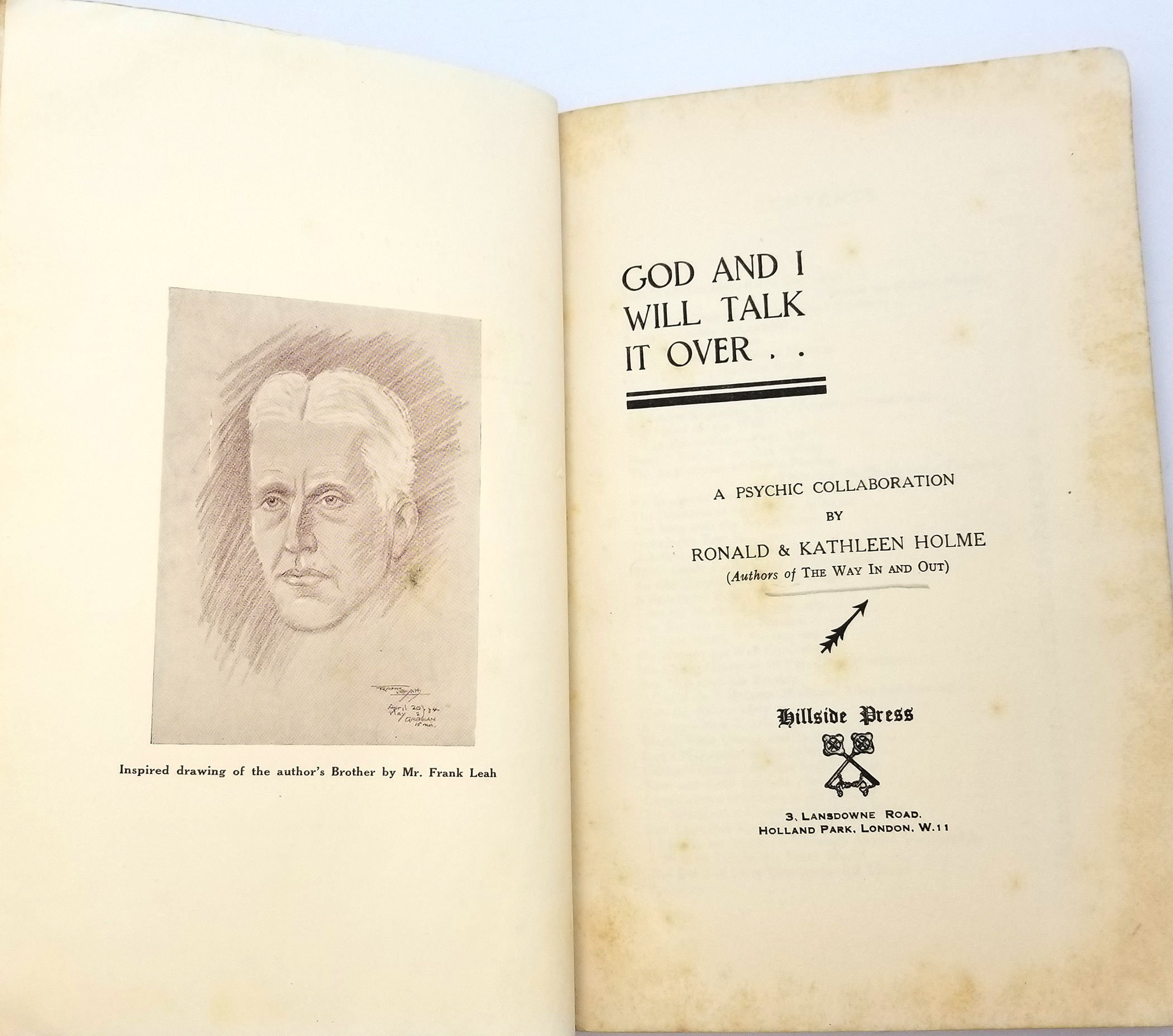 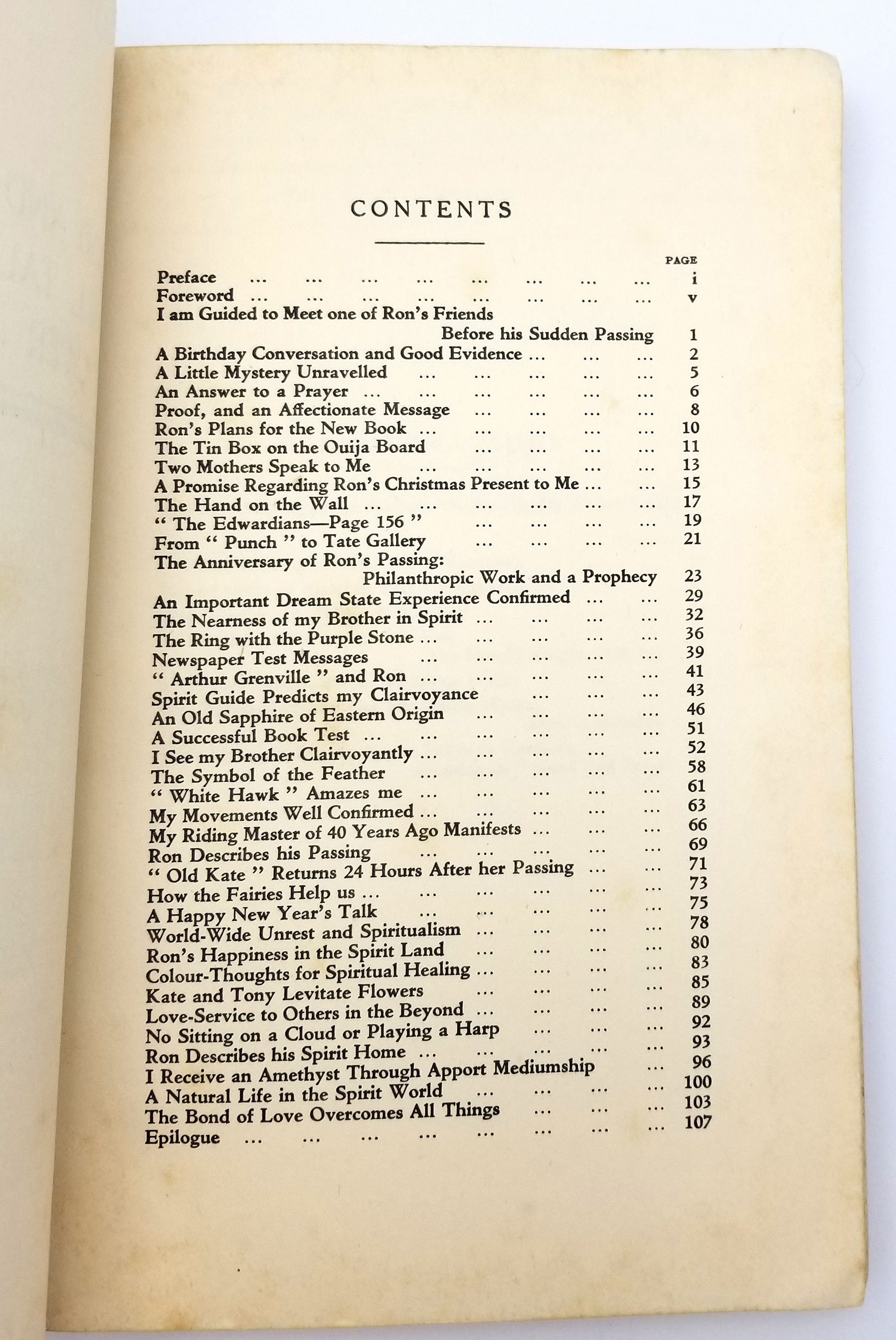 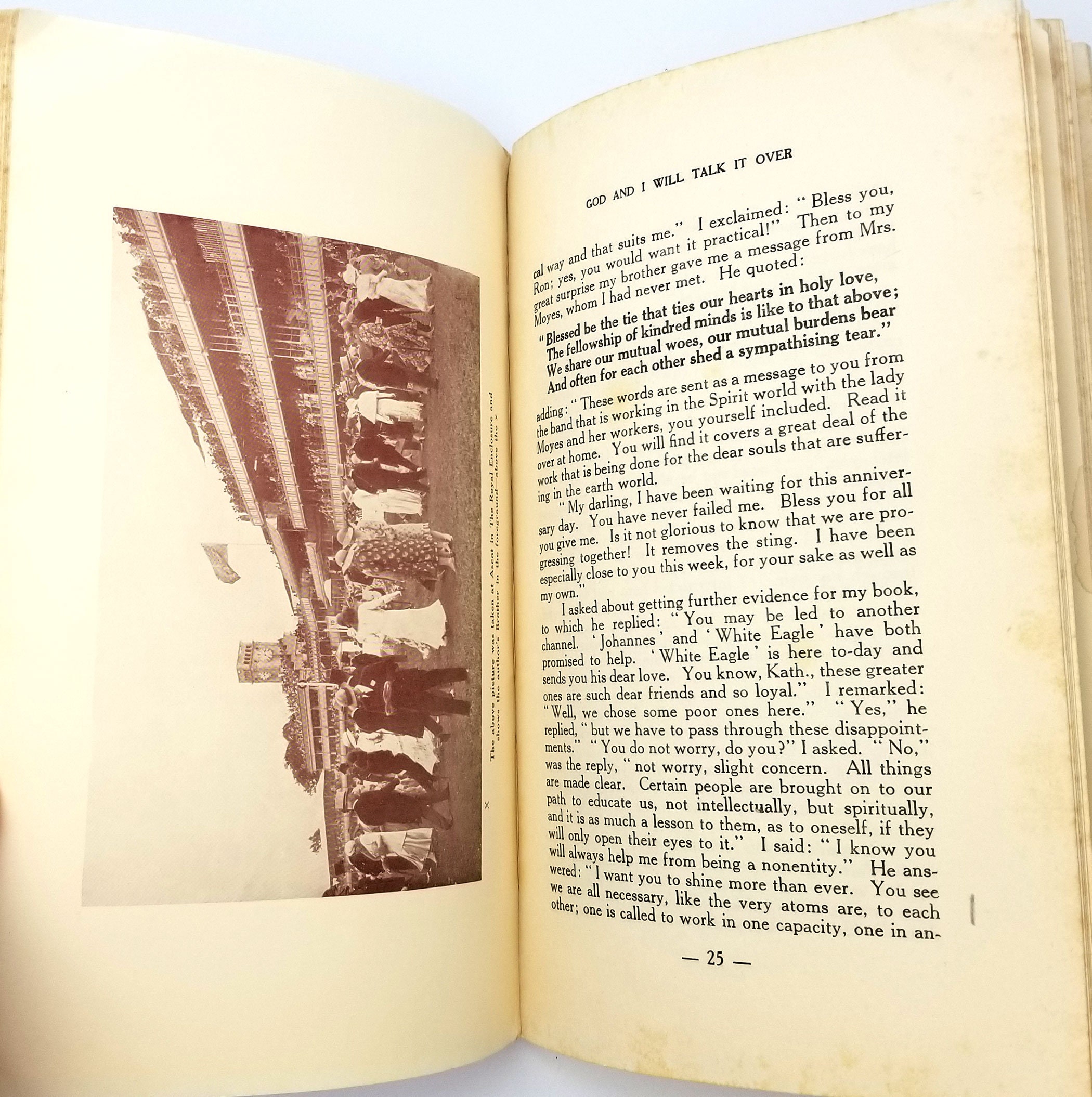 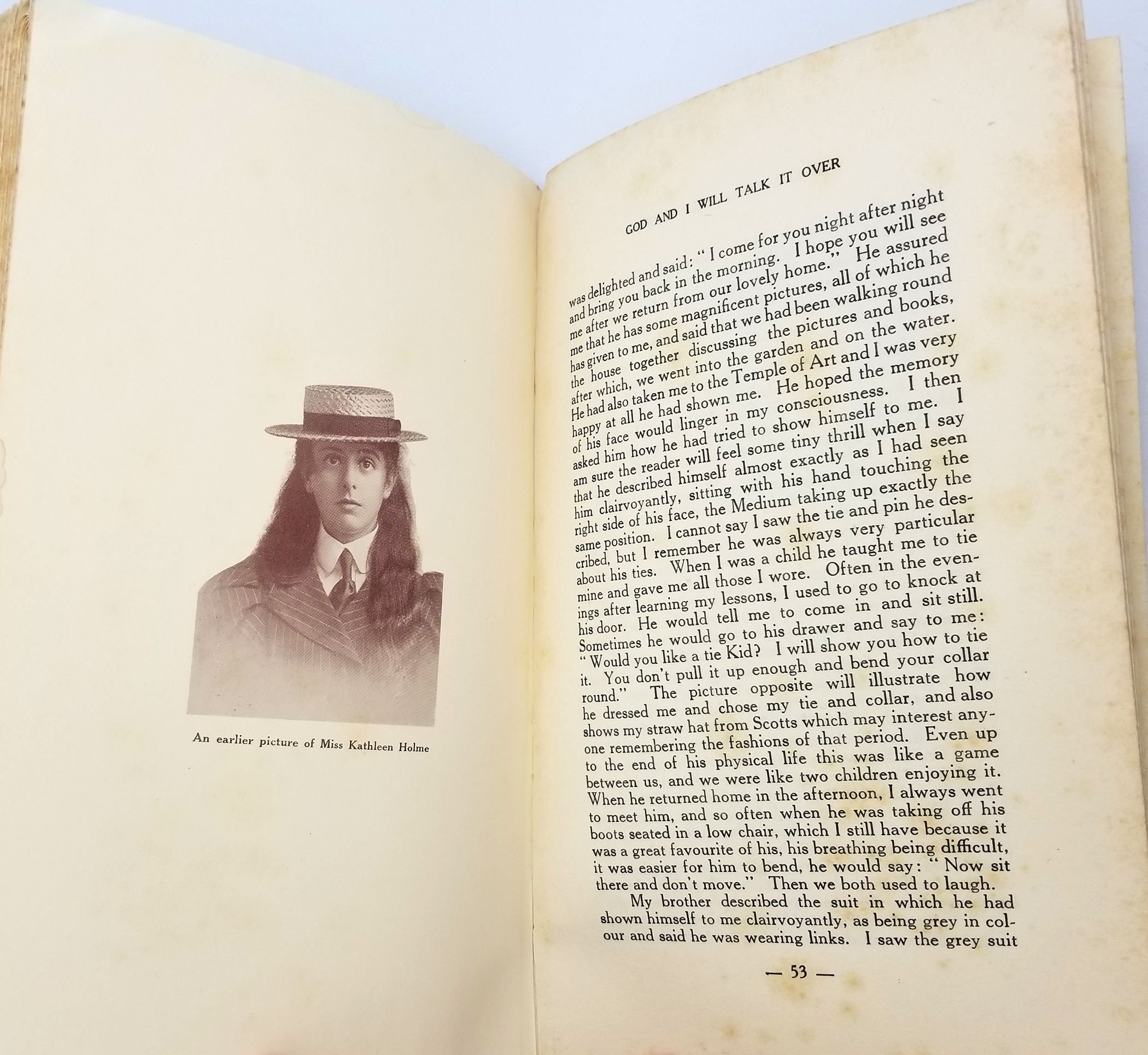 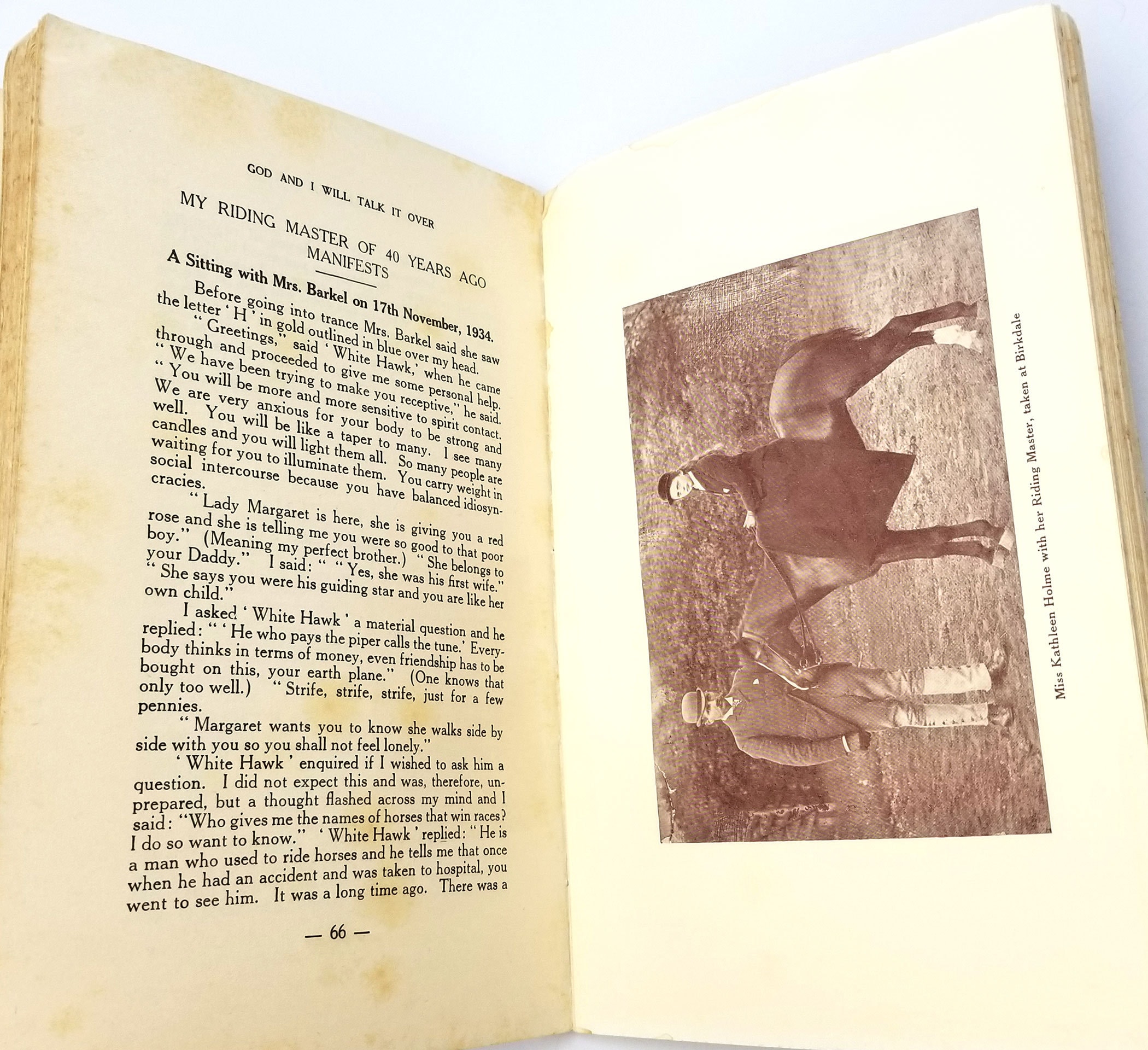 Title: God and I Will Talk It Over.. A Psychic Collaboration

Description: Second edition (no date; circa 1935). Maroon warps with silver lettering. Light wear to covers and spine. Full pages of penciled notes appear on the flyleaves at the front and rear of book. Pages show an occasional pencil marking and some foxing. Eight illustrated plates (including frontispiece and a couple portraits of Kathleen Holme). vi, 107 pp. 9 x 6 inches. Three copies noted on OCLC.

Sittings made between 1933 and 1935 with various well known British and Irish Spiritualist trance mediums: Grace Cooke, Mrs. Sharplin, Hester Dowden, Kathleen Barkel, Rose Livingstone, Estelle Roberts, and Thomas Wyatt. Kathleen Holme believed that she was receiving consecutive and continuous communications from her deceased, beloved brother Ronald Holme. The mediums nealy always had their own spirit guides that would assist in the communication, going by the names White Eagle, Silver Fox, Johannes, White Hawk, Red Cloud, and White Feather. Preface by Hester Dowden (1868-1949). The medium Grace Cooke (1892-1979), along with her husband Ivan, established the White Eagle Lodge in London in 1936. She was well regarded for her readings by two heads of state: the British Prime Minster Ramsay MacDonald and Canadian Prime Minister William Lyon Mackenzie King.