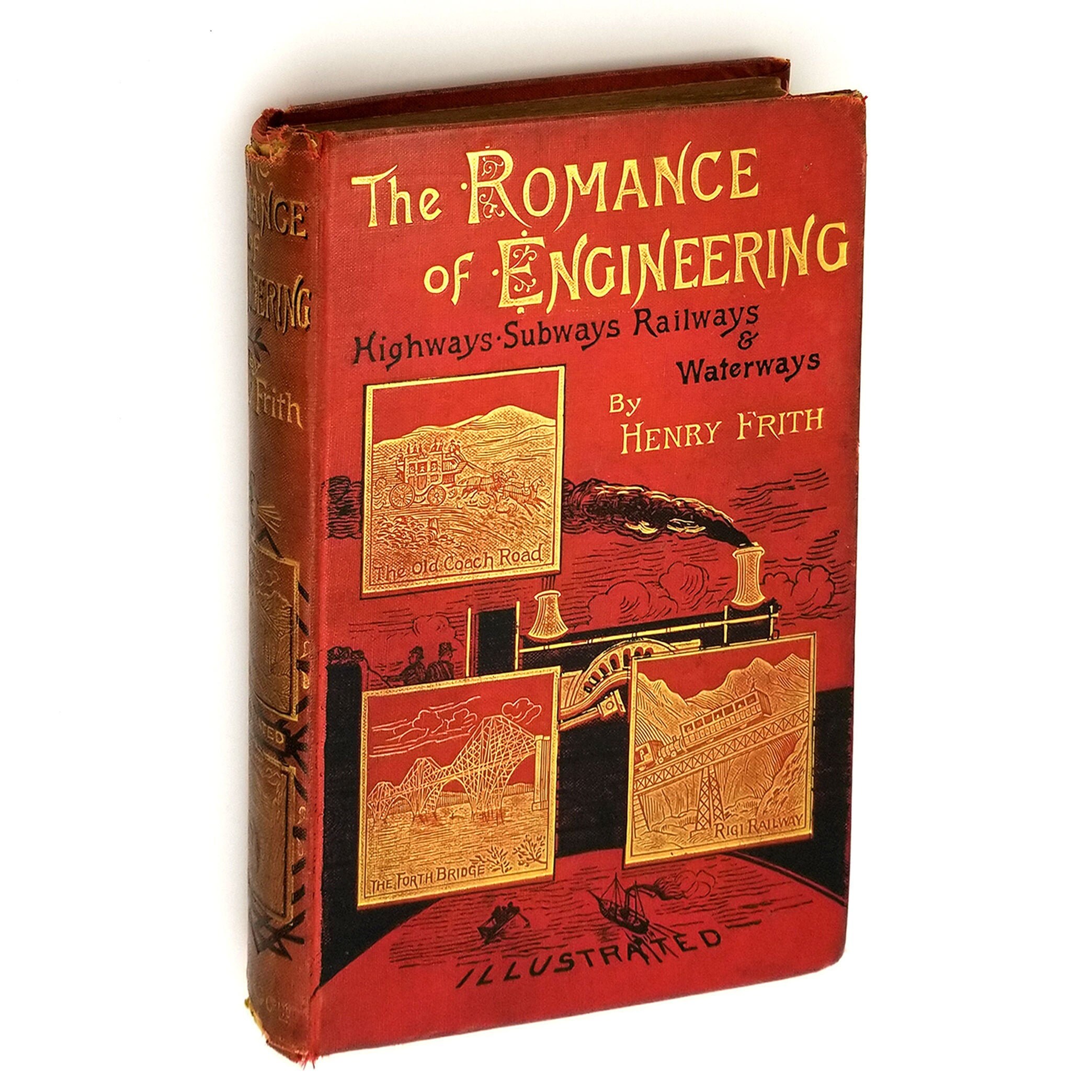 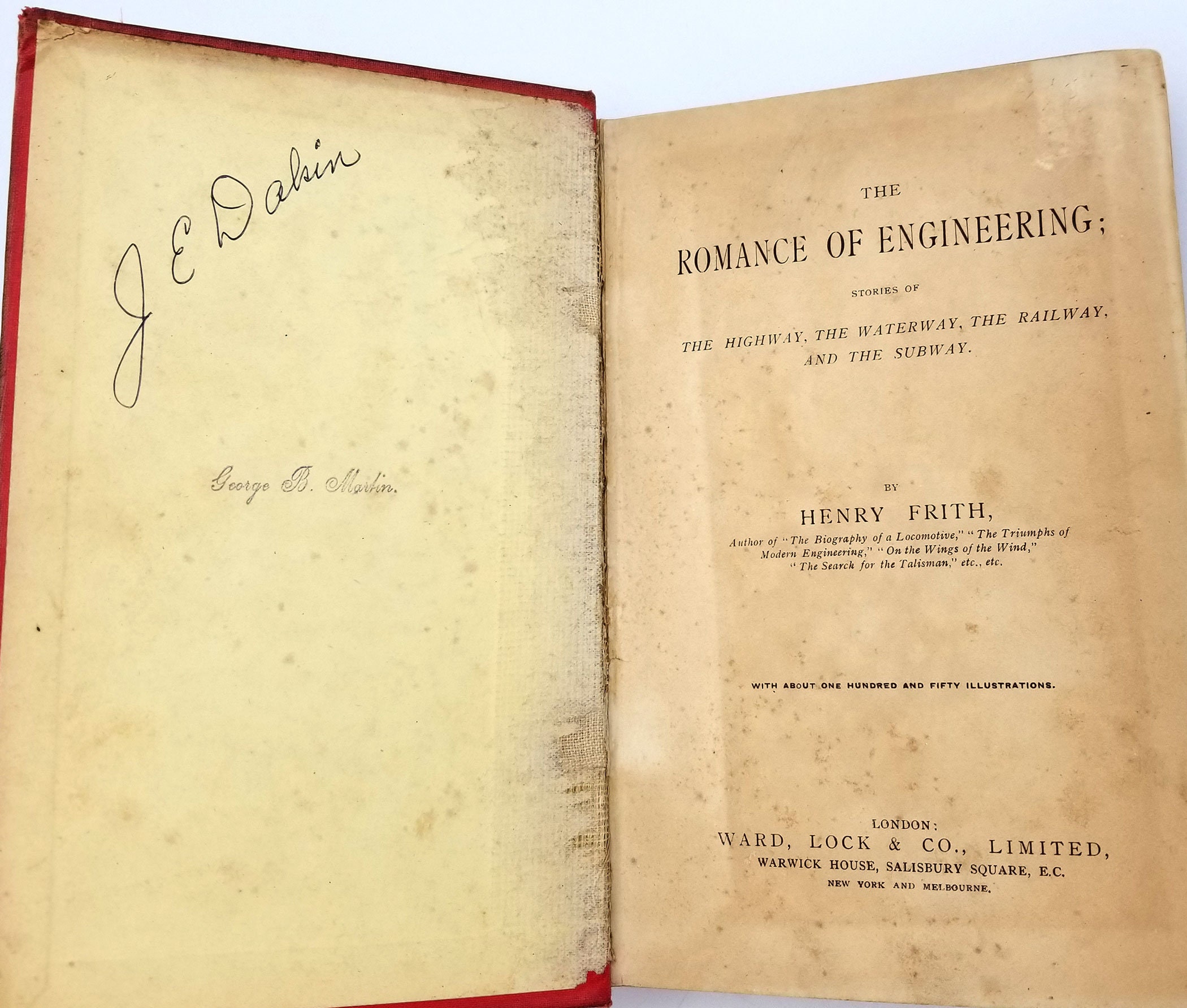 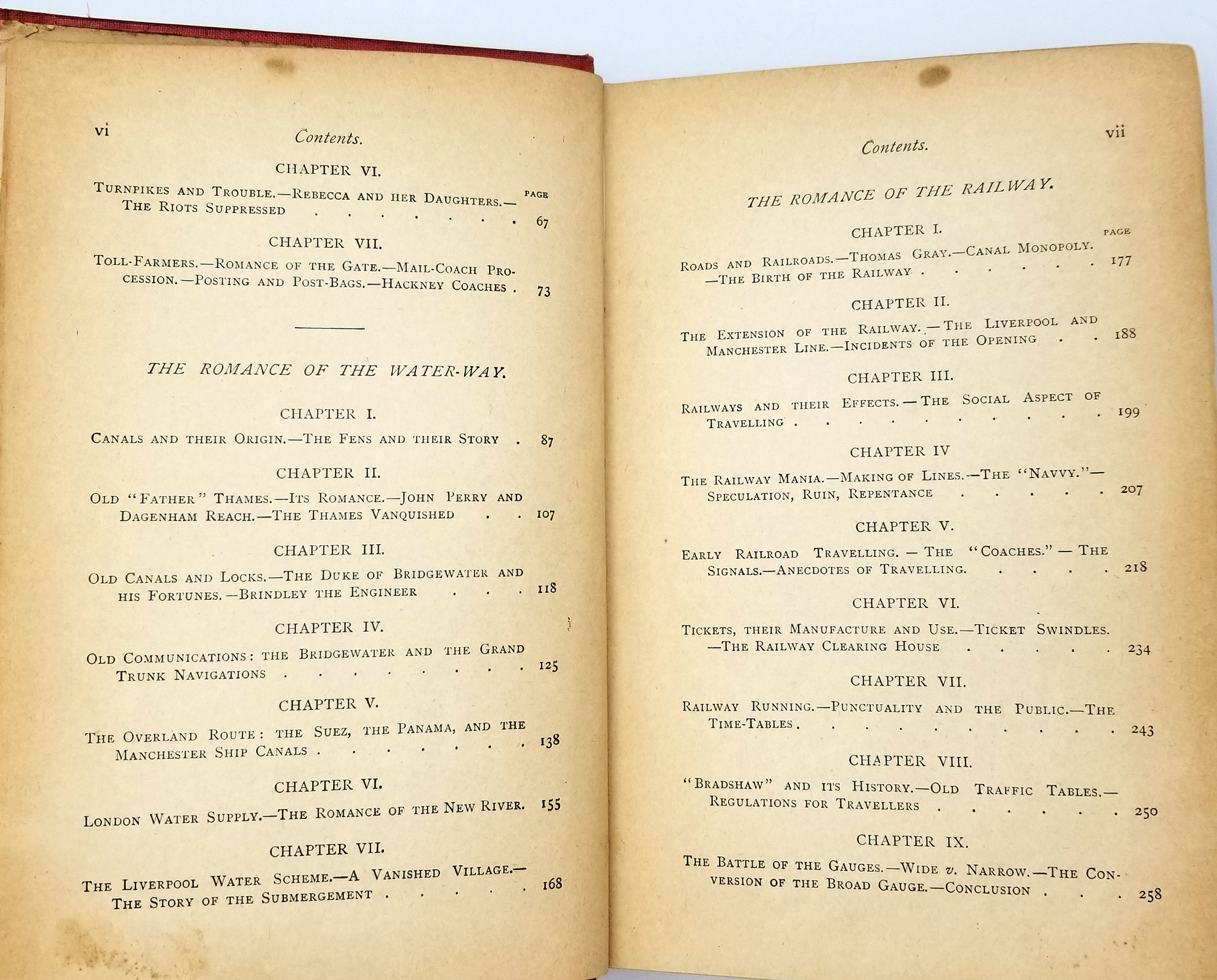 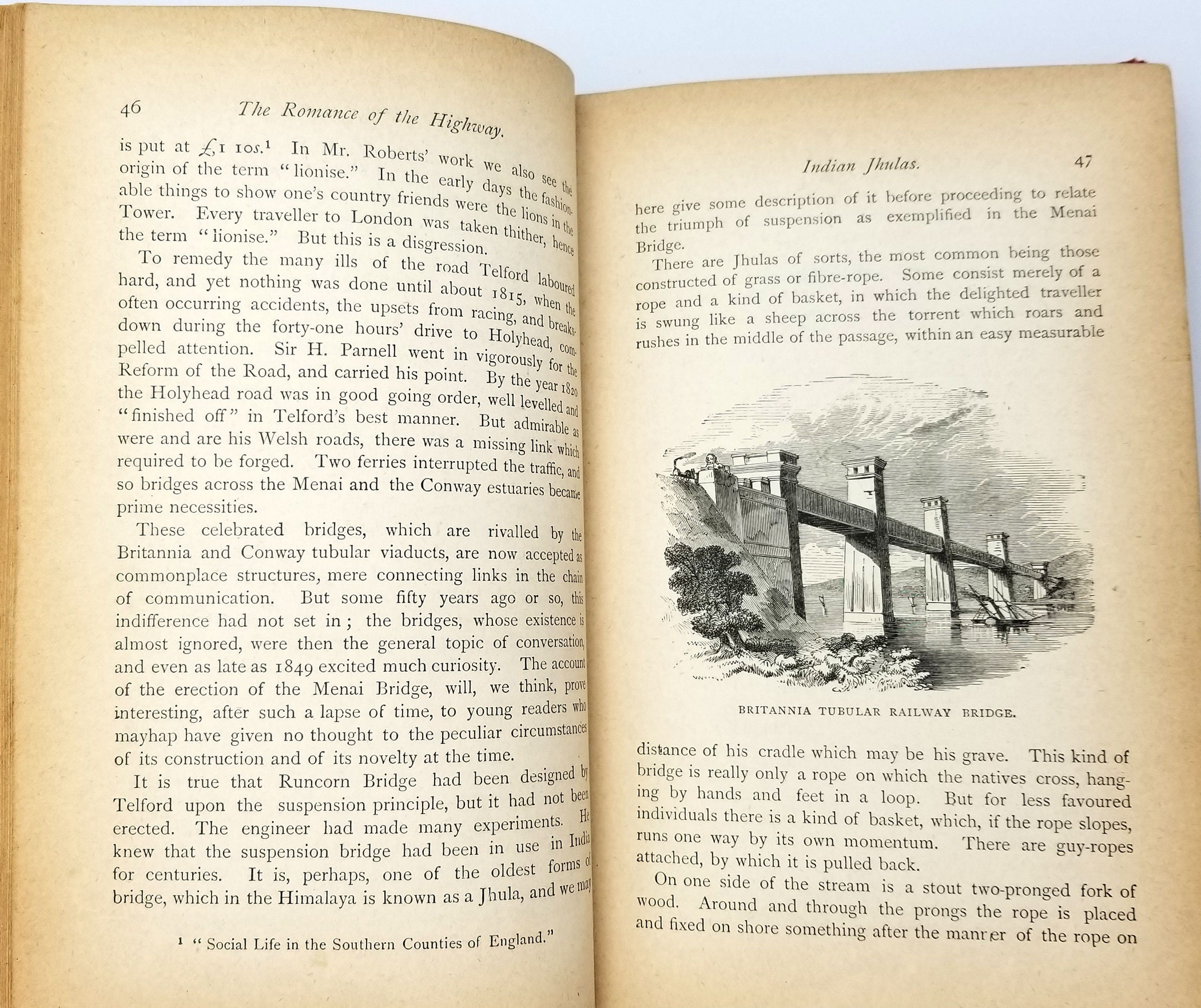 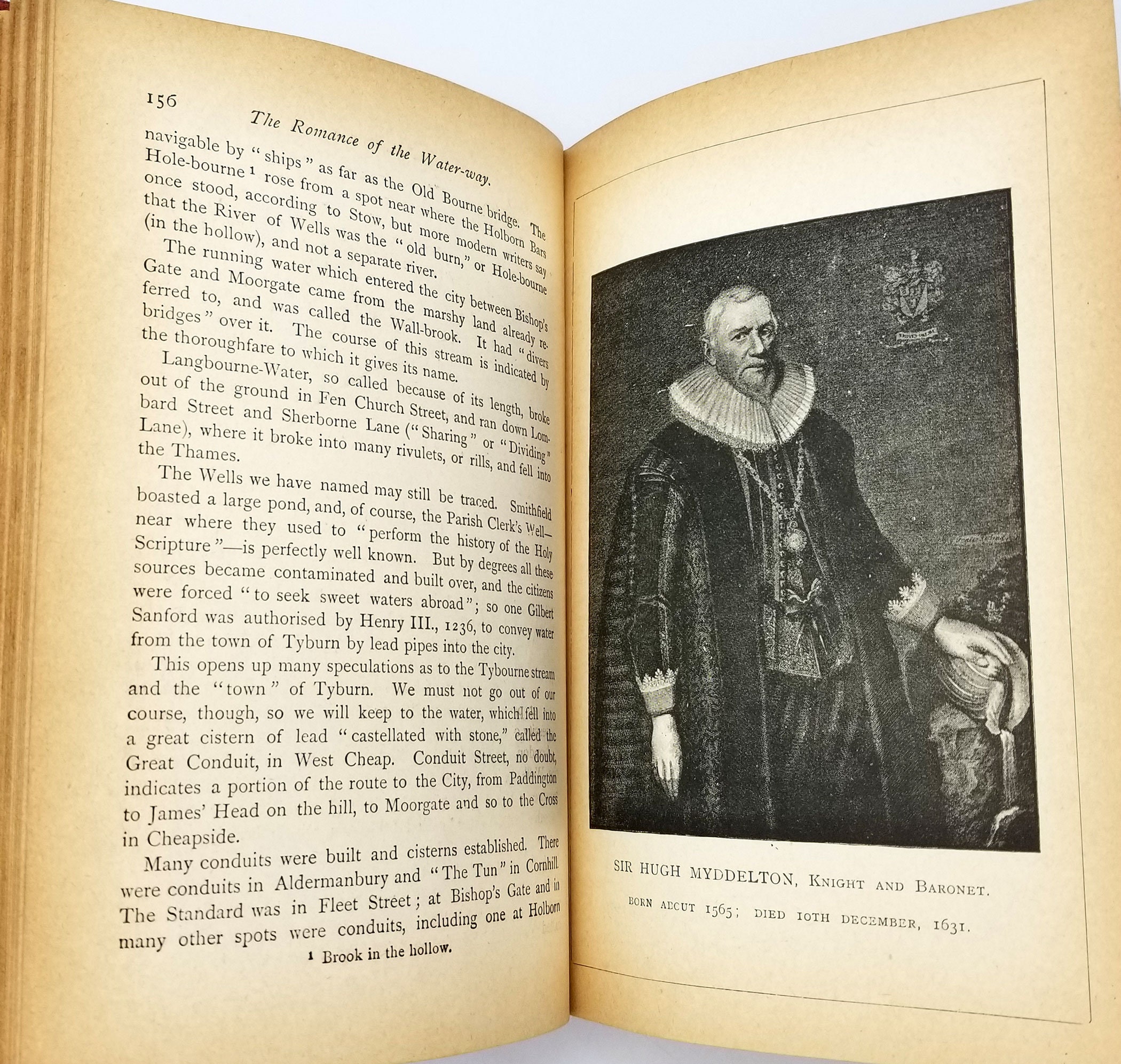 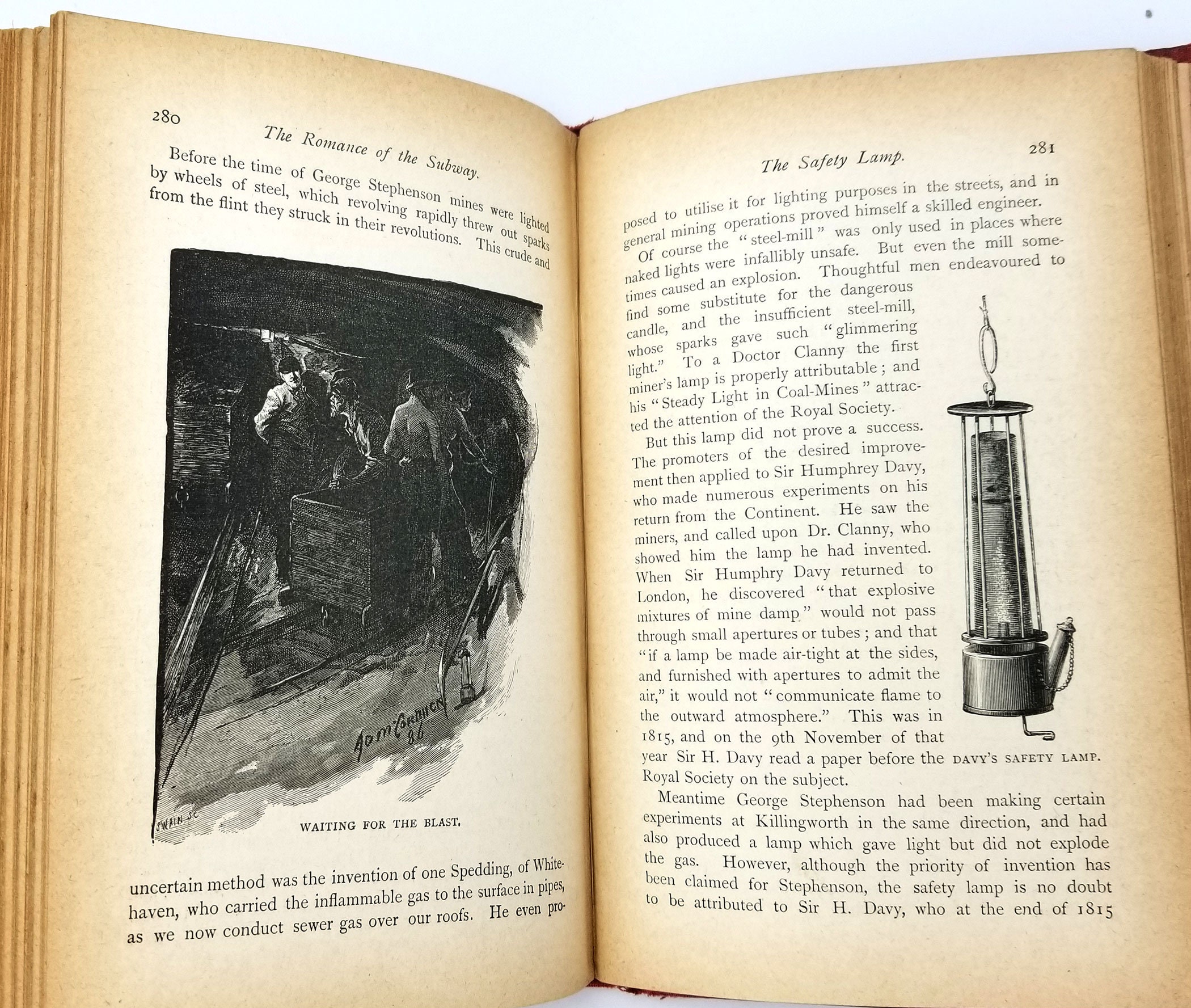 Title: The Romance of Engineering; Stories of the Highway, the Waterway, the Railway, and the Subway

Waterways (including the Thames, canals and locks and touching on the Suez, Panama and Manchester canals, the London water supply, the Liverpool water scheme, etc.);

Railways (including the birth of the railway, the Liverpool and Manchester Line, the social aspect of travelling, railway mania, early railroad travelling, tickets: their manufacture and use; punctuality and the public, wide vs. narrow, etc.); and

Henry Frith (1840-1917) was an Irish engineer, a prolific author, and translator of the works Jules Verne.