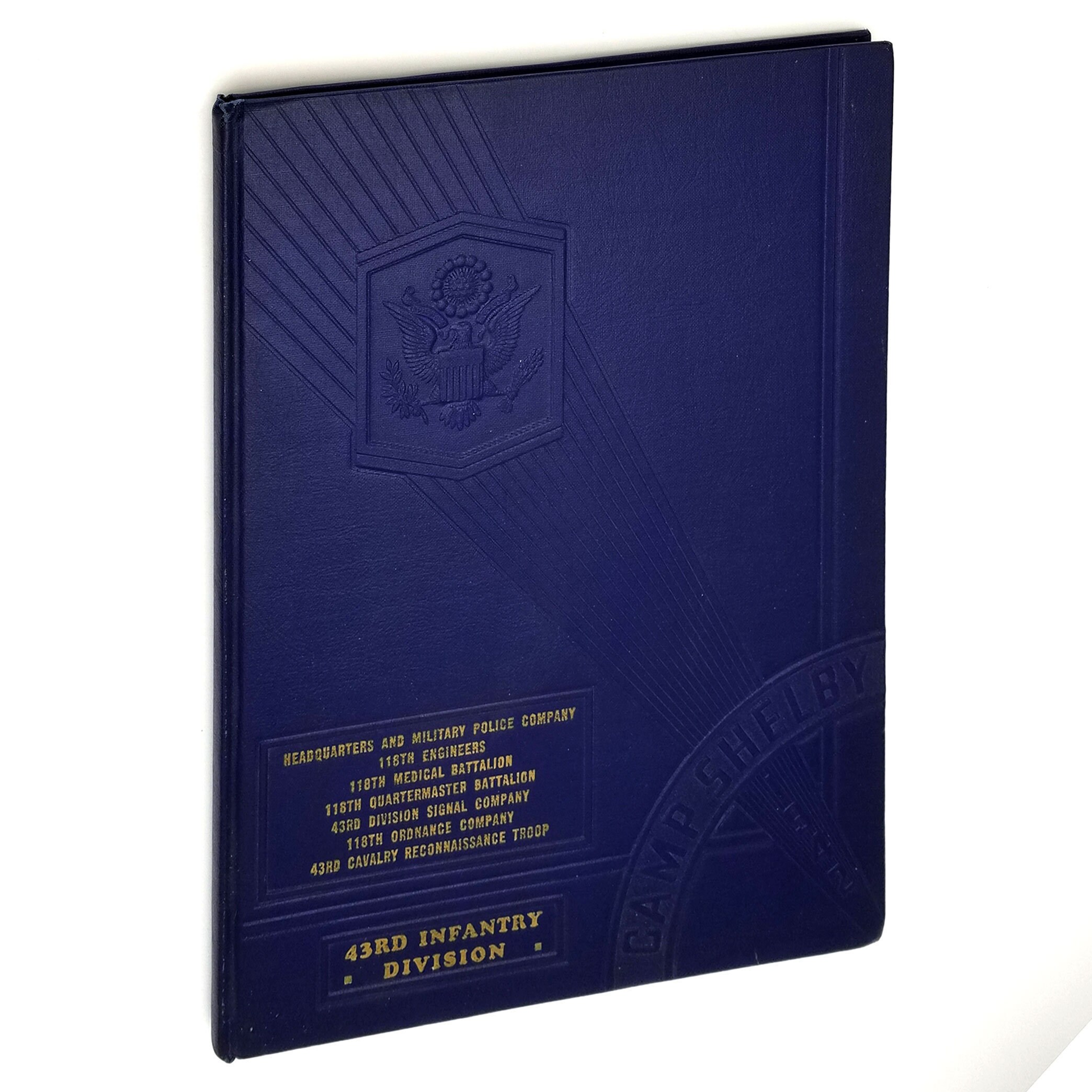 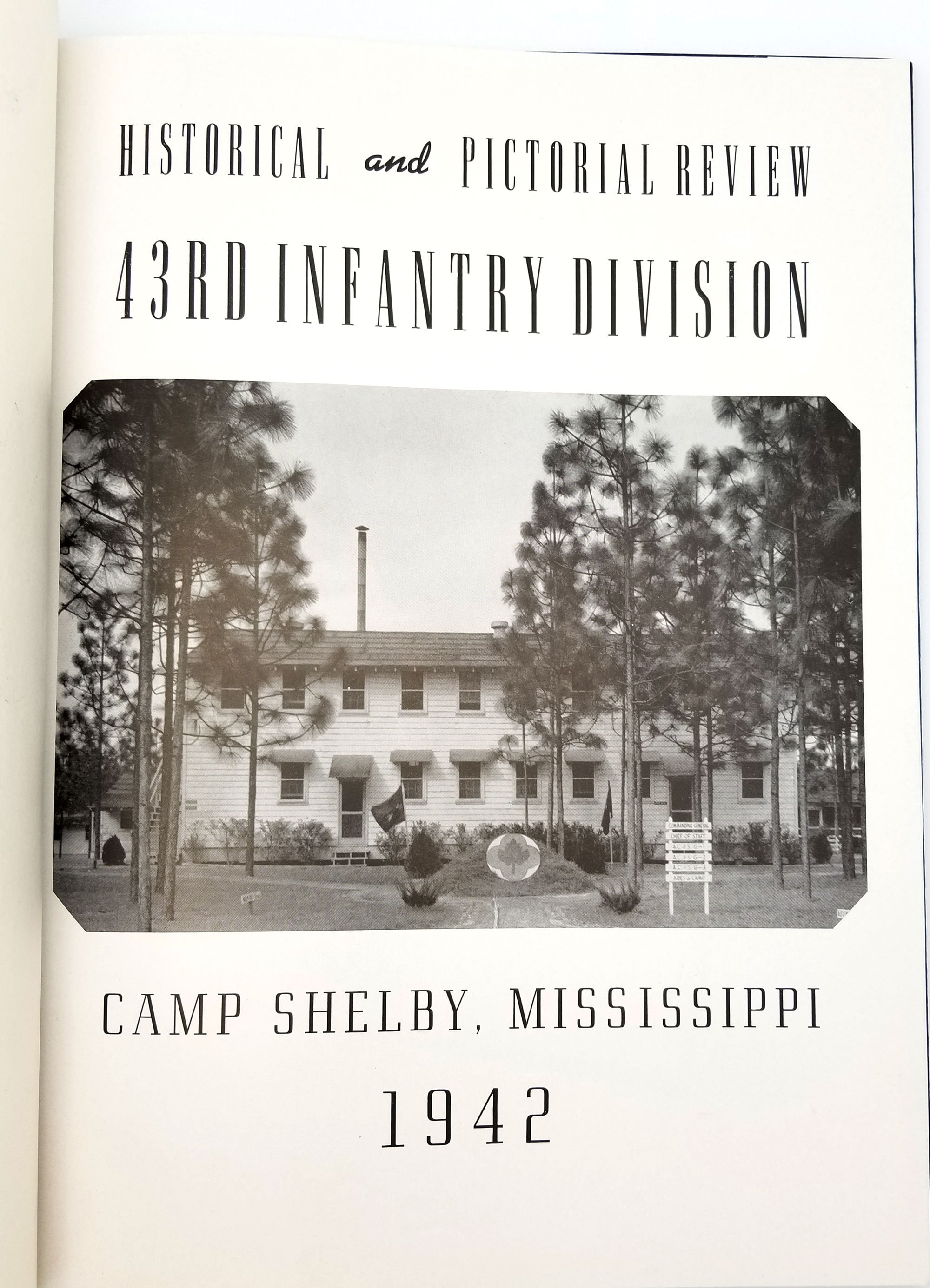 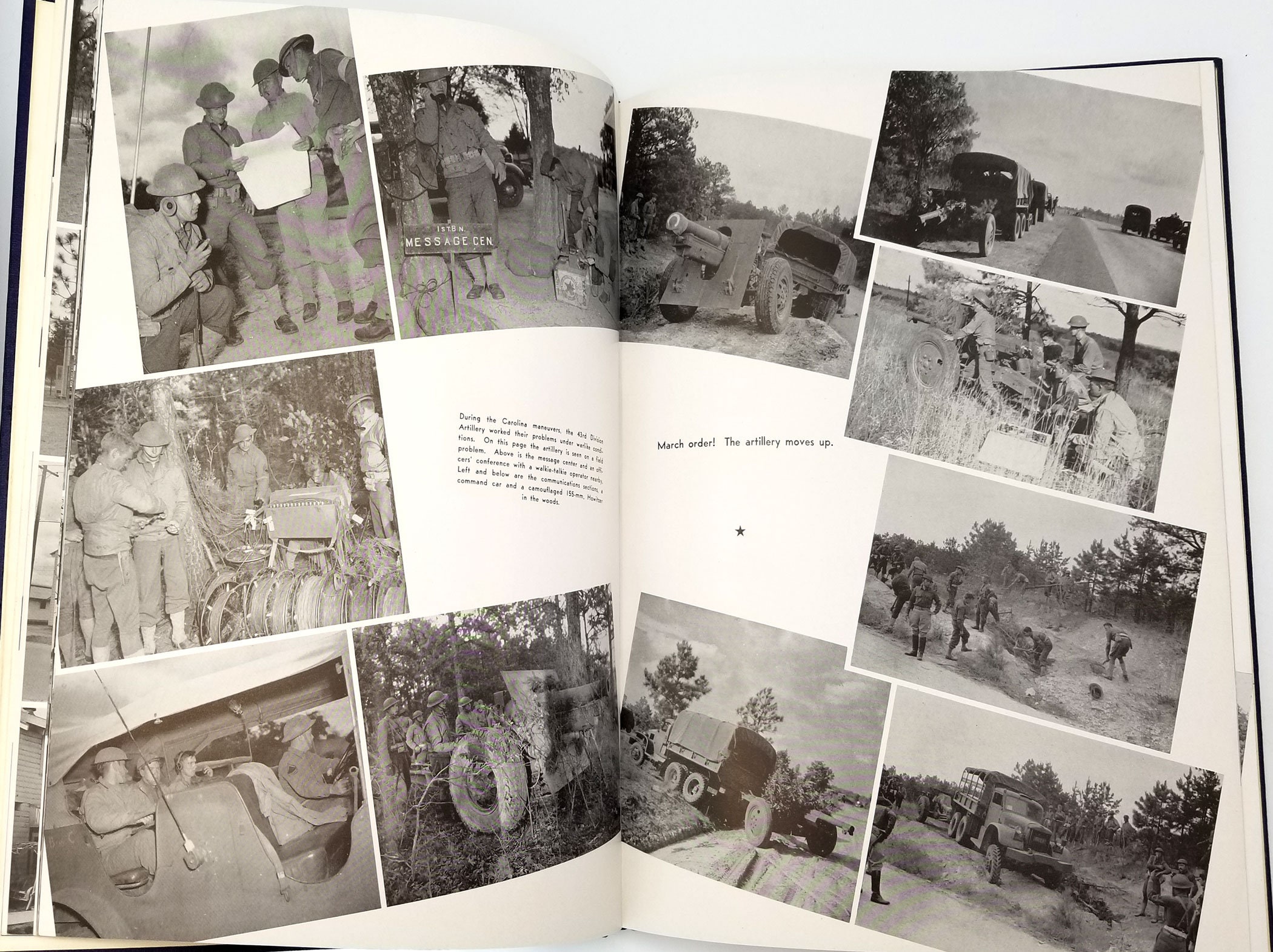 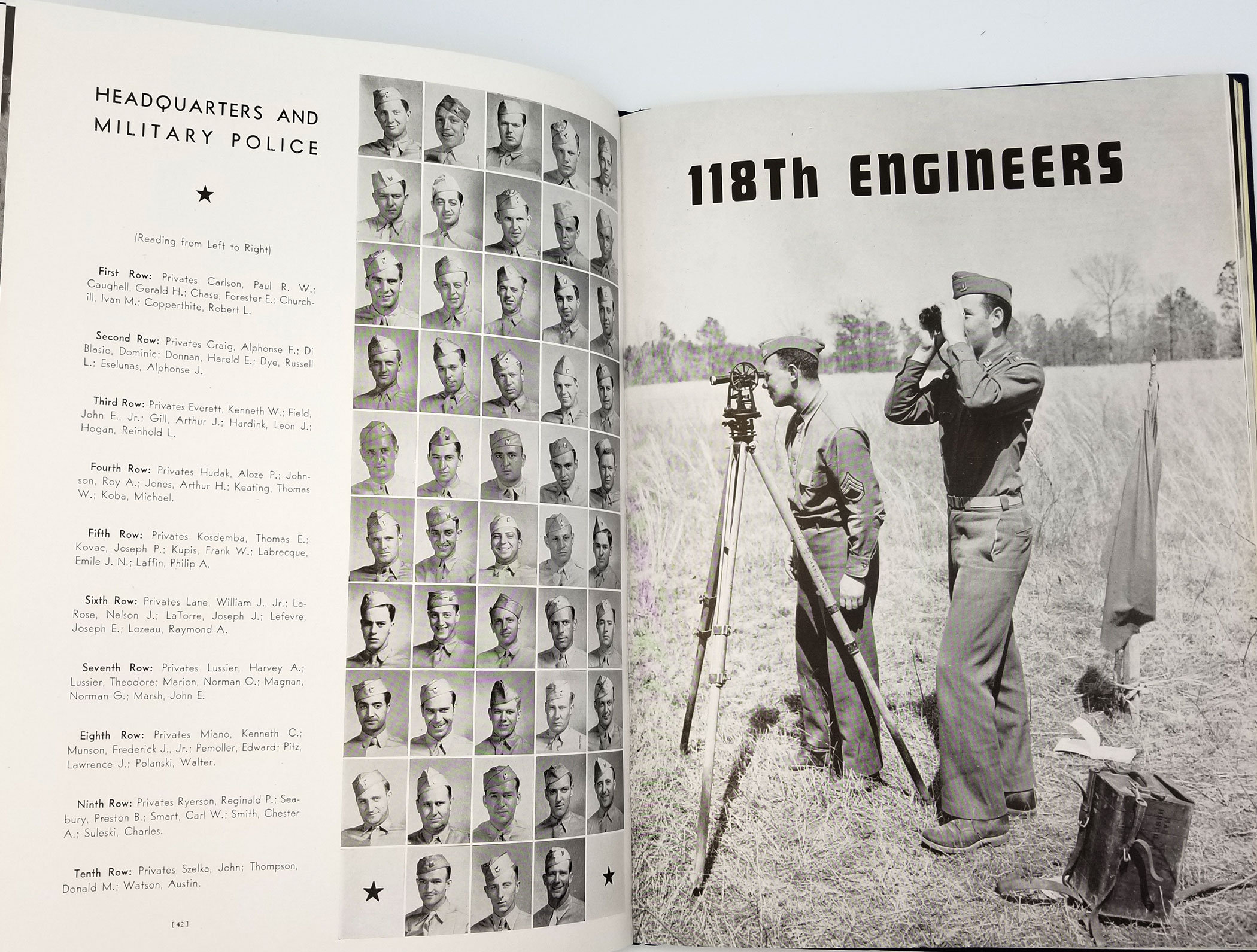 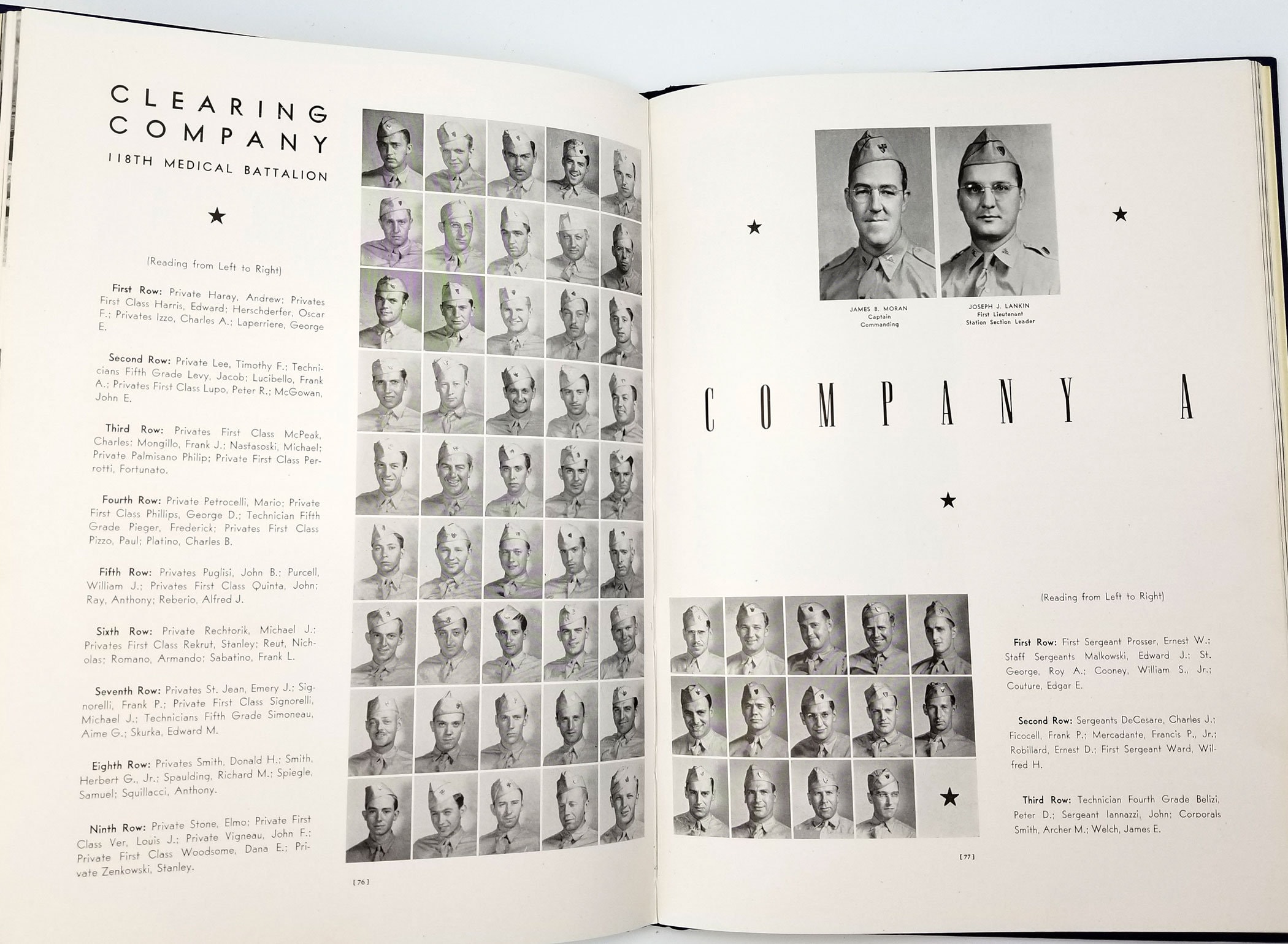 Originally stationed at Camp Blanding, Florida, the 43rd were relocated to Camp Shelby, Mississippi, on 14 February 1942. In late October of that year were deployed and committed to the South West Pacific Theatre, under the command of General MacArthur, where they took part in the Solomon Islands, New Guinea, and Philippines (Luzon) campaigns. After a brief stint in Yokohama as part of the occupational force they returned to the United States in October 1945.

Laid in is a 10 x 8 glossy photo of an unidentified group portrait of soldiers.