Norwester1945: story of the Men and Achievements of Coast Guard Auxiliary in Pacific Northwest during Second World War 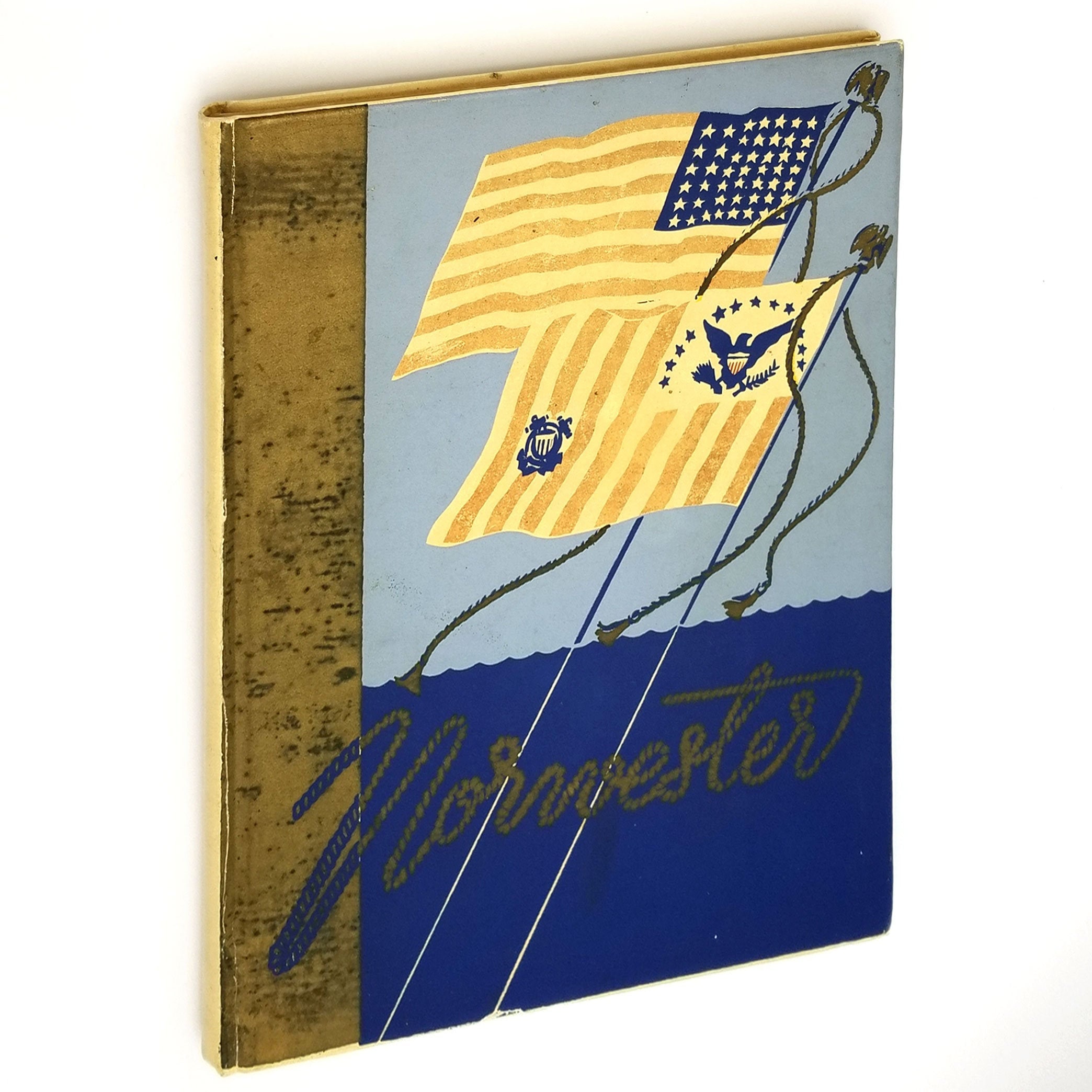 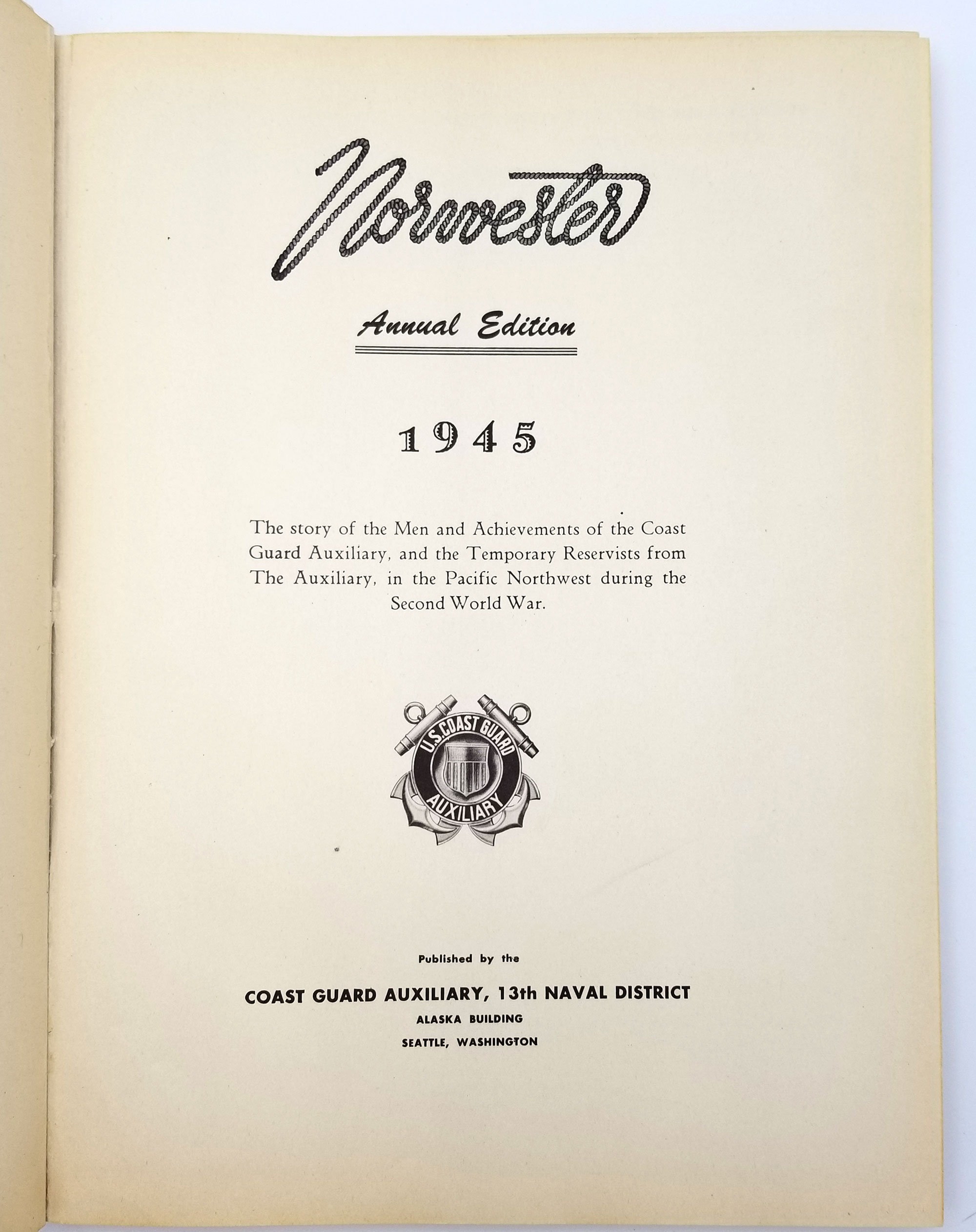 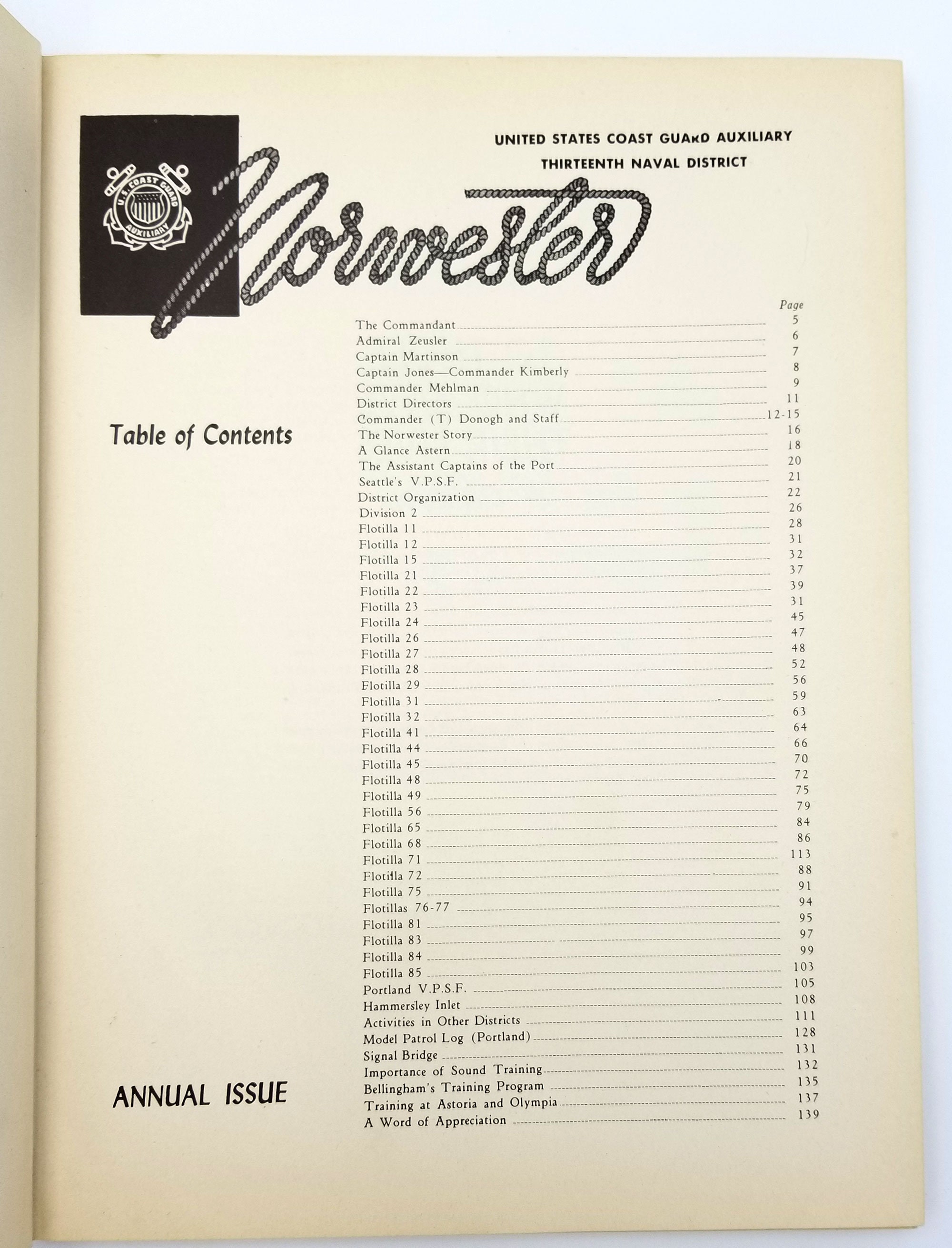 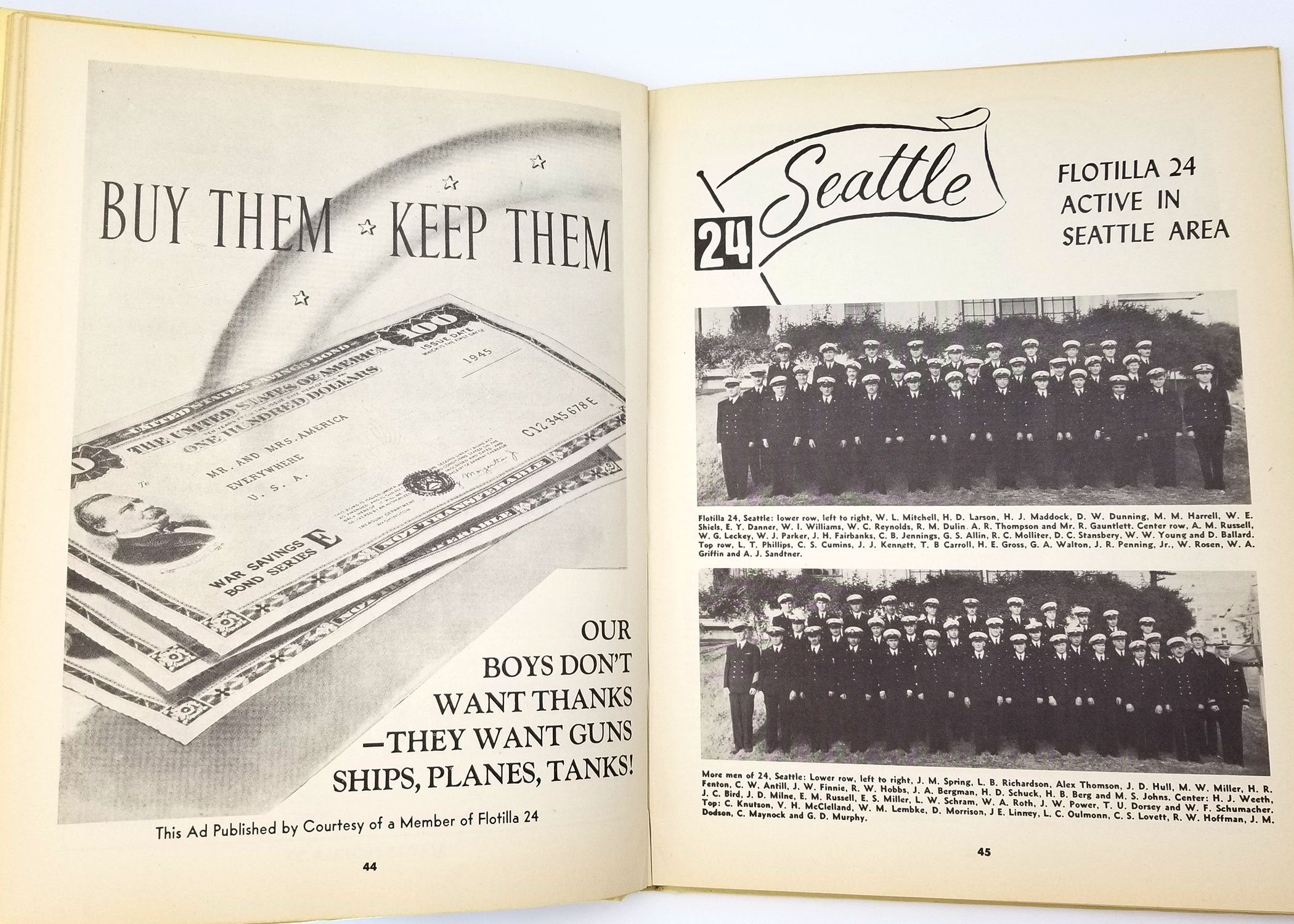 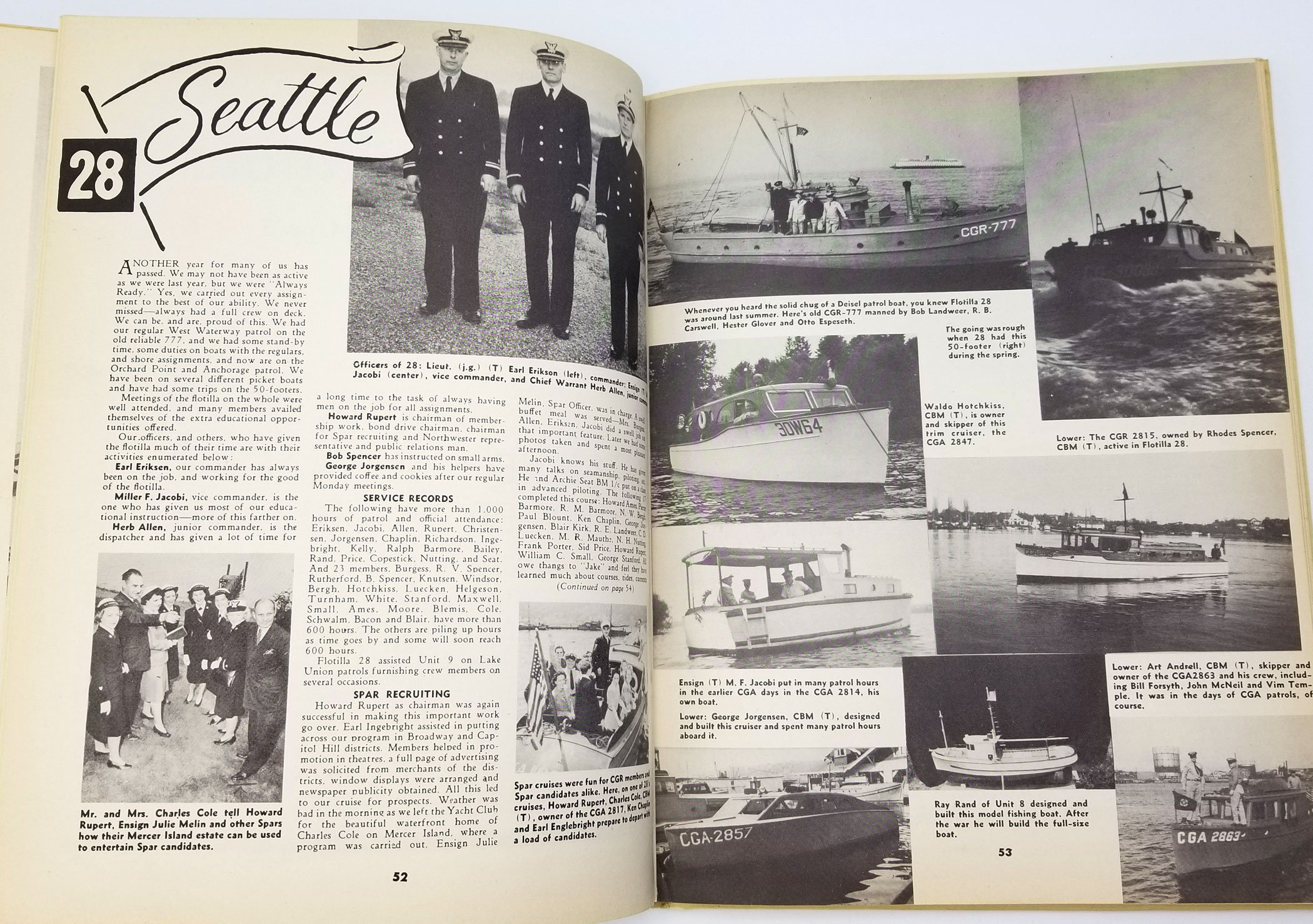 Title: Norwester1945: The story of the Men and Achievements of the Coast Guard Auxiliary, and the Temporary Reservists from The Auxiliary, in the Pacific Northwest during the Second World War

Documenting the wartime (WW II) activity of the United States Coast Guard Auxiliary (USCGA) stationed in the Pacific Northwest (Oregon, Washington, and Idaho). Nearly eighty pages cover the activities of thirty different Flotillas. Some feature group photos with identification of those pictured; a few have a member roster.

There are also articles on the wartime activities of the Auxiliaries of the various national Naval Districts (Districts 1, 3-7, 9, 11 and 12), the Portland Volunteer Port Security Force, Longview Flotilla 71, and Coast Guard education and training.

This copy belonged to De Forest Bixby, a Portland resident whose obituary states that he was a 40-year honorary member of the USCGA, and that he continued to go on patrols of the Columbia and Willamette rivers even after his 92nd birthday.