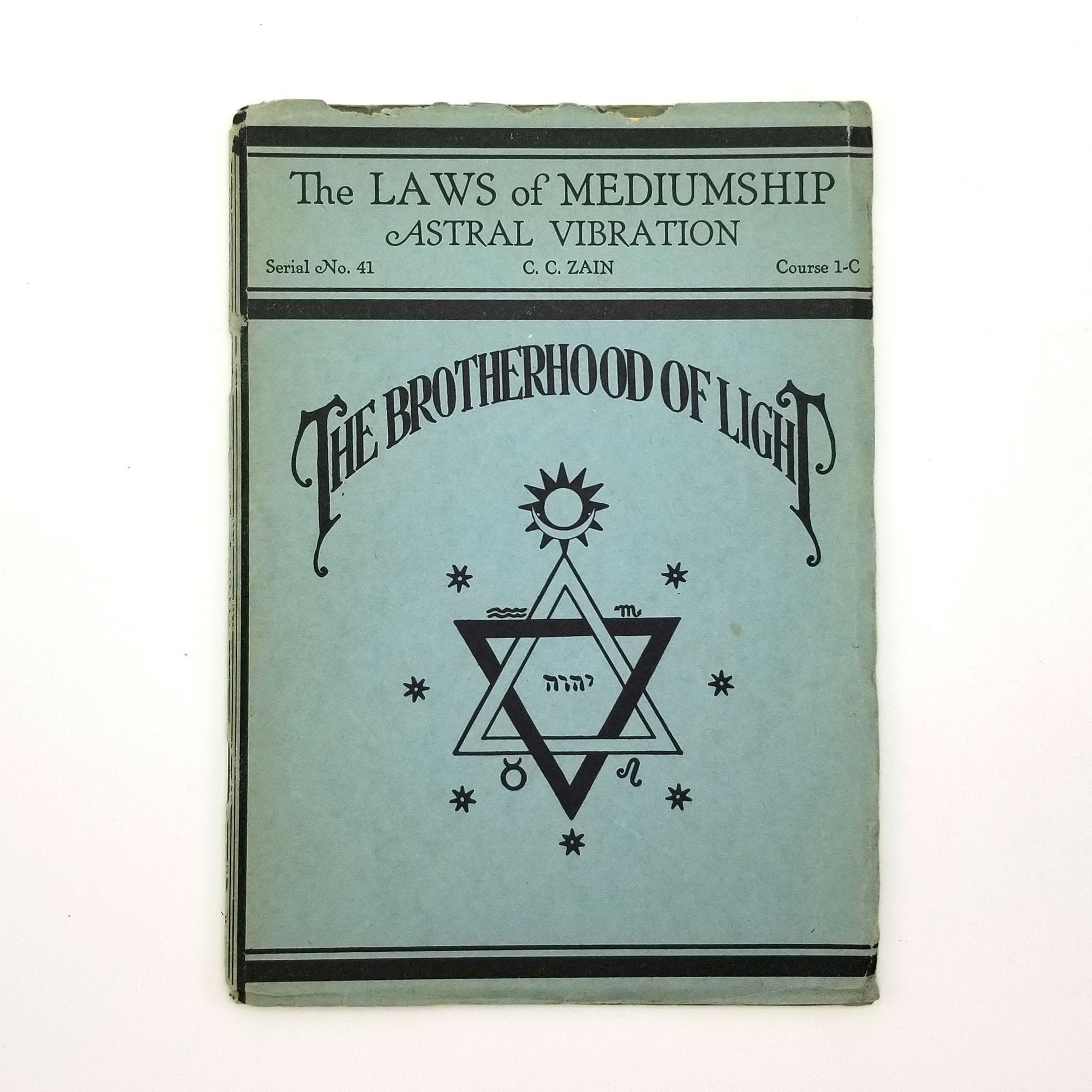 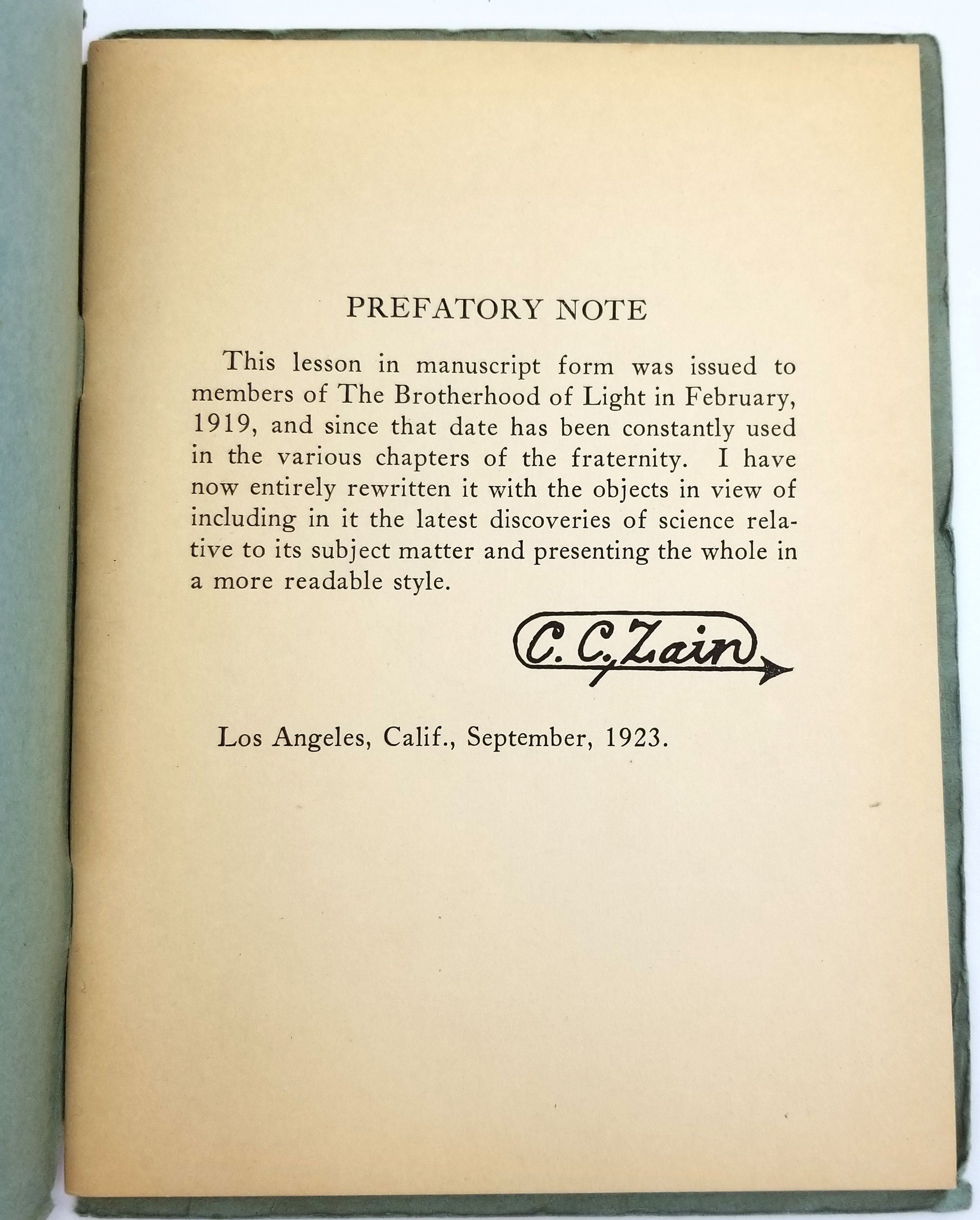 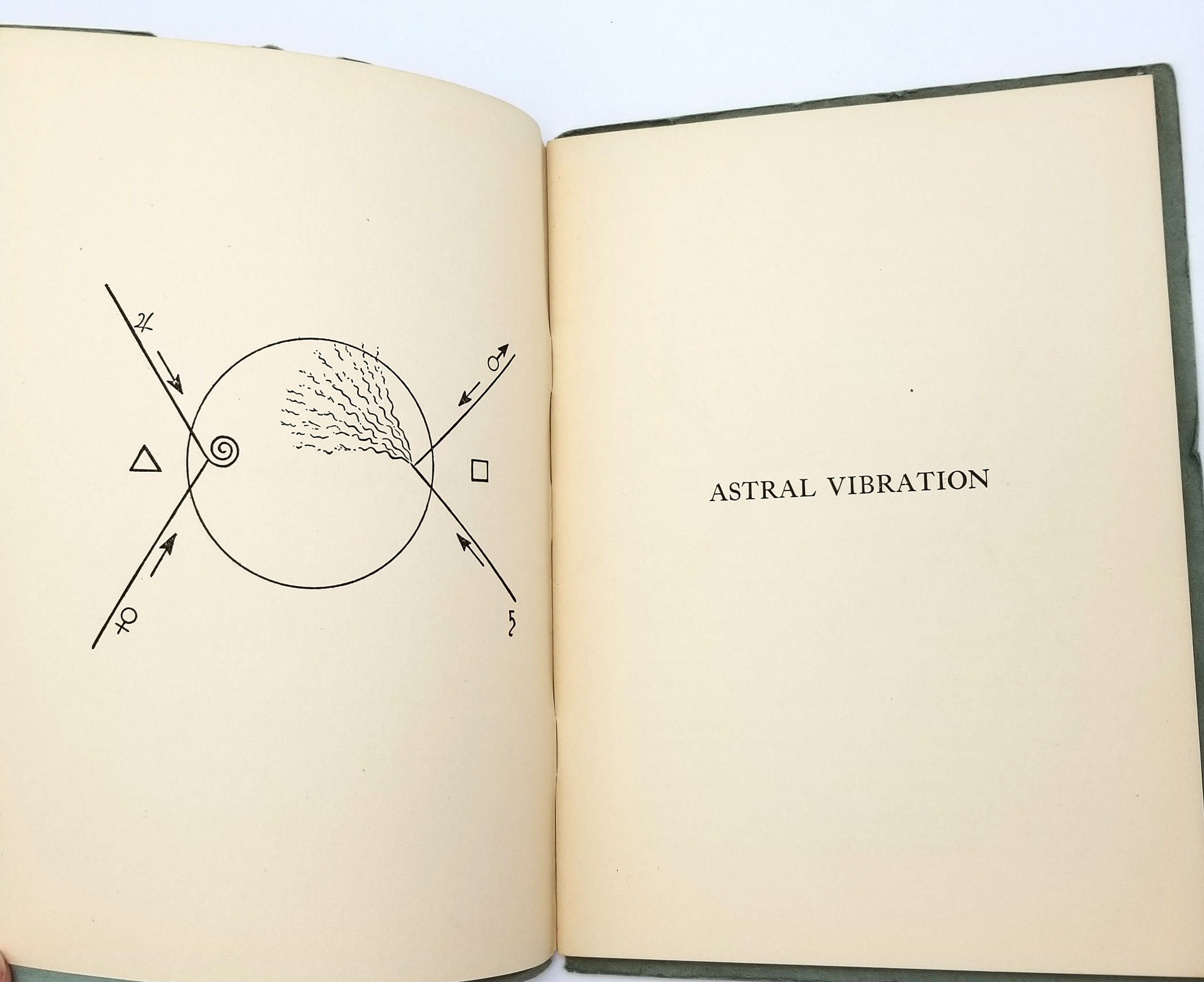 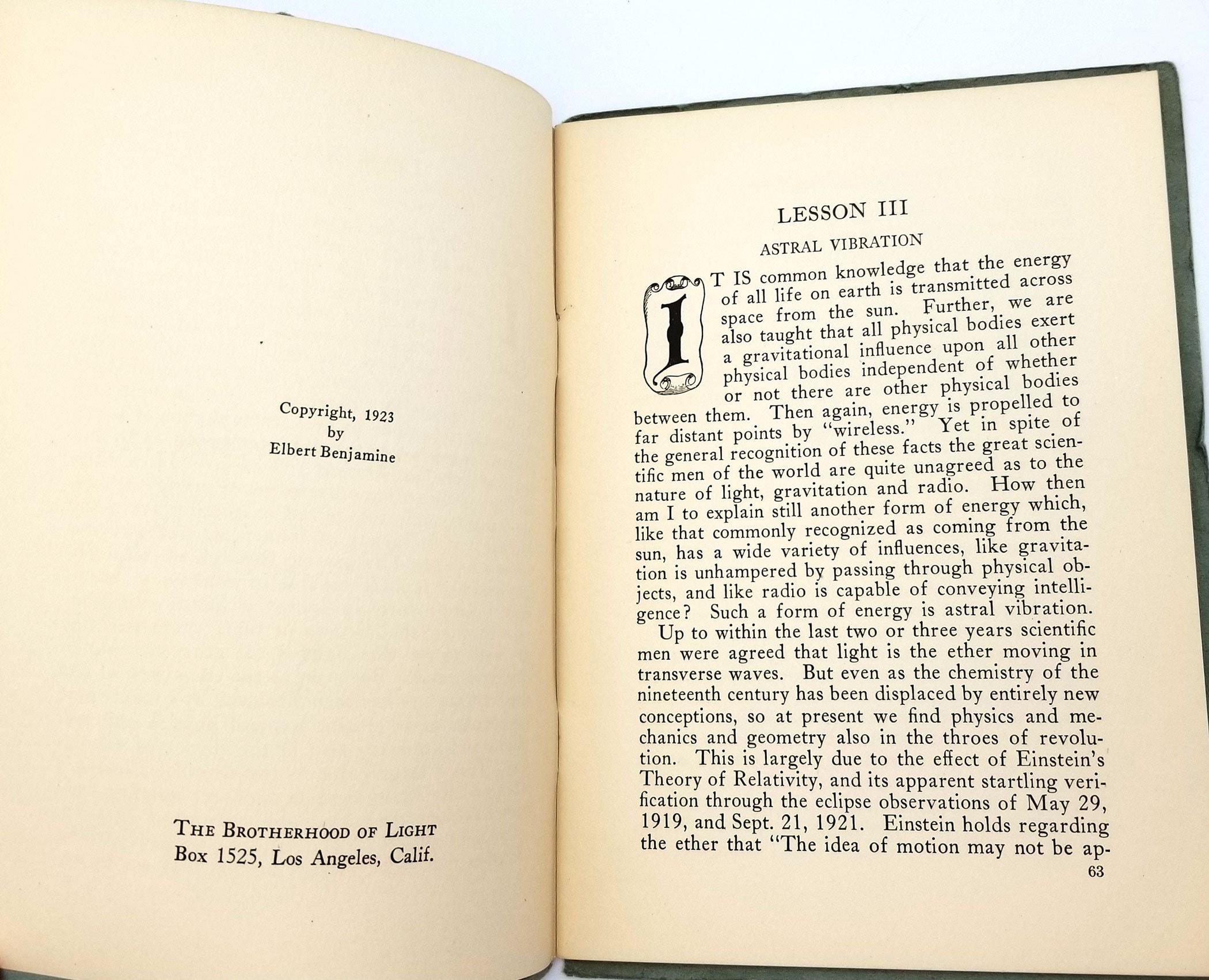 Description: Staple-bound booklet in card covers. Bit of chipping along top edge of front panel; wear at head and foot of spine. One page has a single line underlined, else pages clean. 27 pp. (numerated as pages 63-90). 7 x 5 inches. P

art of the Laws of Mediumship series, Serial No. 41 (Course 1-C). Contents: Lesson III: Astral Vibration. Originally issued in manuscript form to the Brotherhood of Light in 1919. The preface by Zain is dated September 1923 and the copyright date is 1923.

C. C. Zain, also known as Elbert Benjamine (1882-1951), was one of America's leading astrologers and who established the Brotherhood of Light group in Los Angeles (following his earlier association with the Hermetic Brotherhood of Luxor). The new group was opened to the public in 1918 and to whom lessons were issued by Benjamine. Astral Vibration is one of those lessons. Later, in 1932, he incorporated a new esoteric manifestation of the order named The Church of Light and which he led until his death.