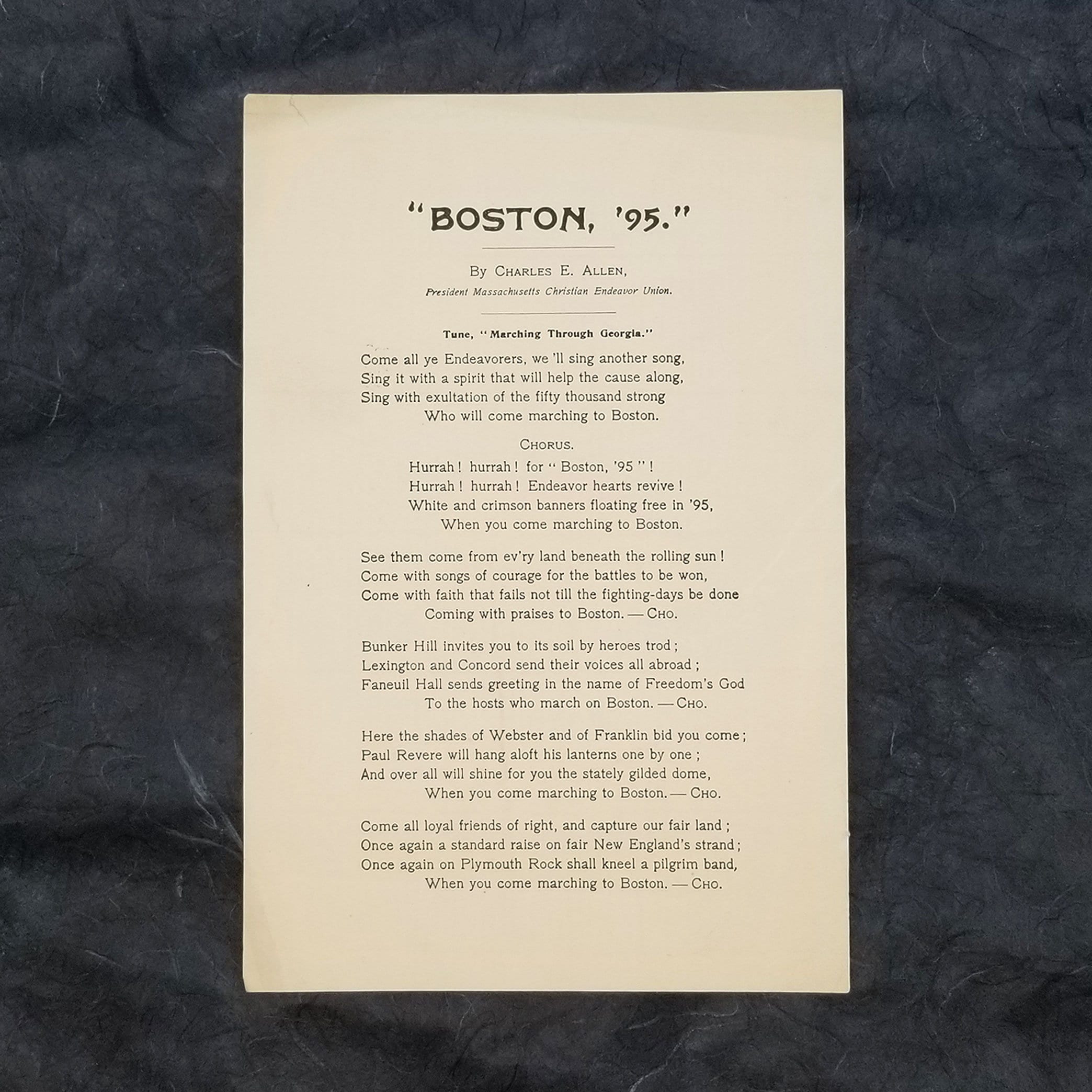 Description: Single-sided lyric sheet for the convention-hymn written by Charles E. Allen to promote the 14th International Convention of Christian Endeavorers, to be held in Boston, July 10-14, 1895. The song had been composed in the previous year and was distributed and sung by congregations over the course of several months in anticipation of the large scale event. 7.25 x 5.25 inches.

The International Convention at Boston drew over 50,000 delegates, and it was also notable in that it was here that the World's Christian Endeavor Union was organized under the presidency of Francis Edward Clark.