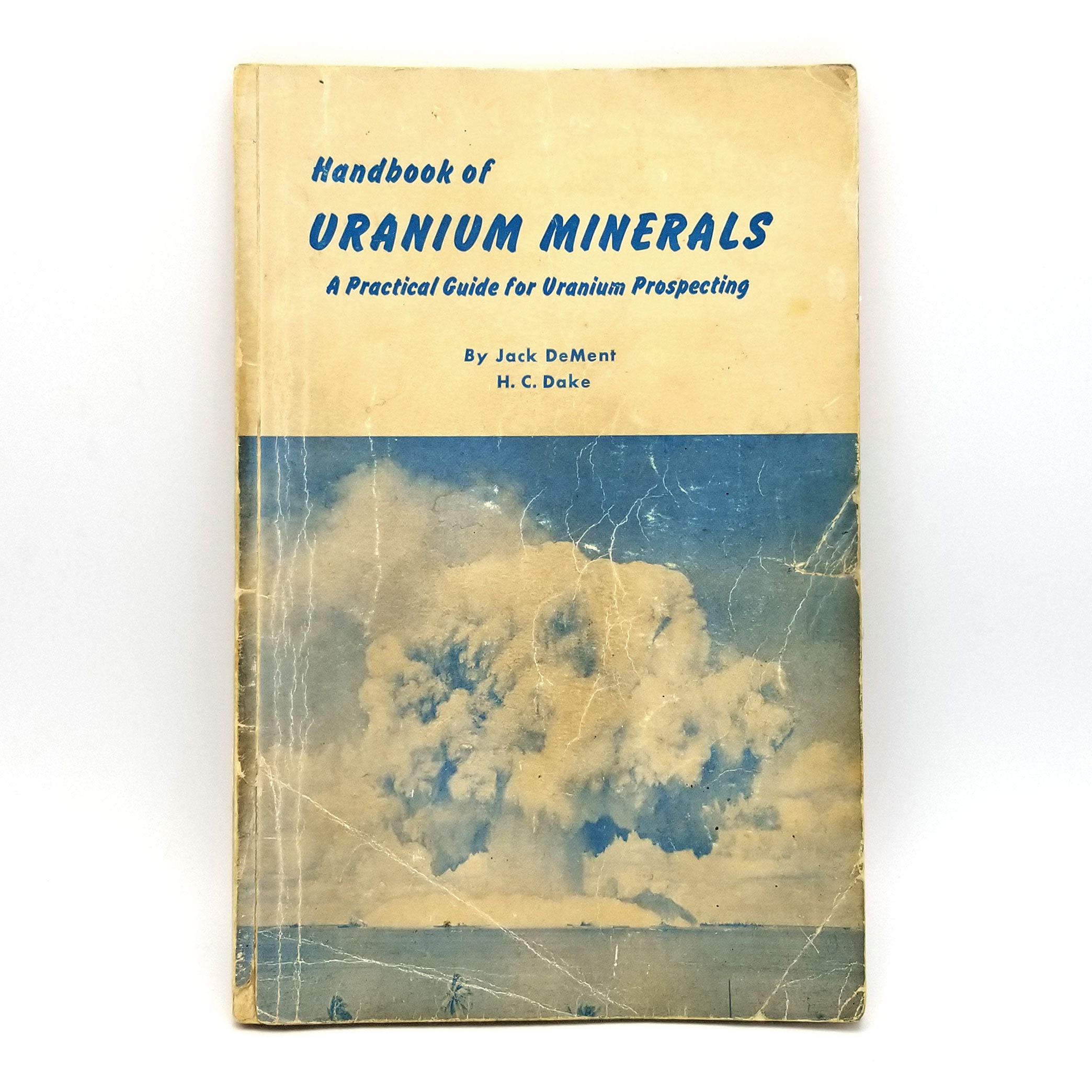 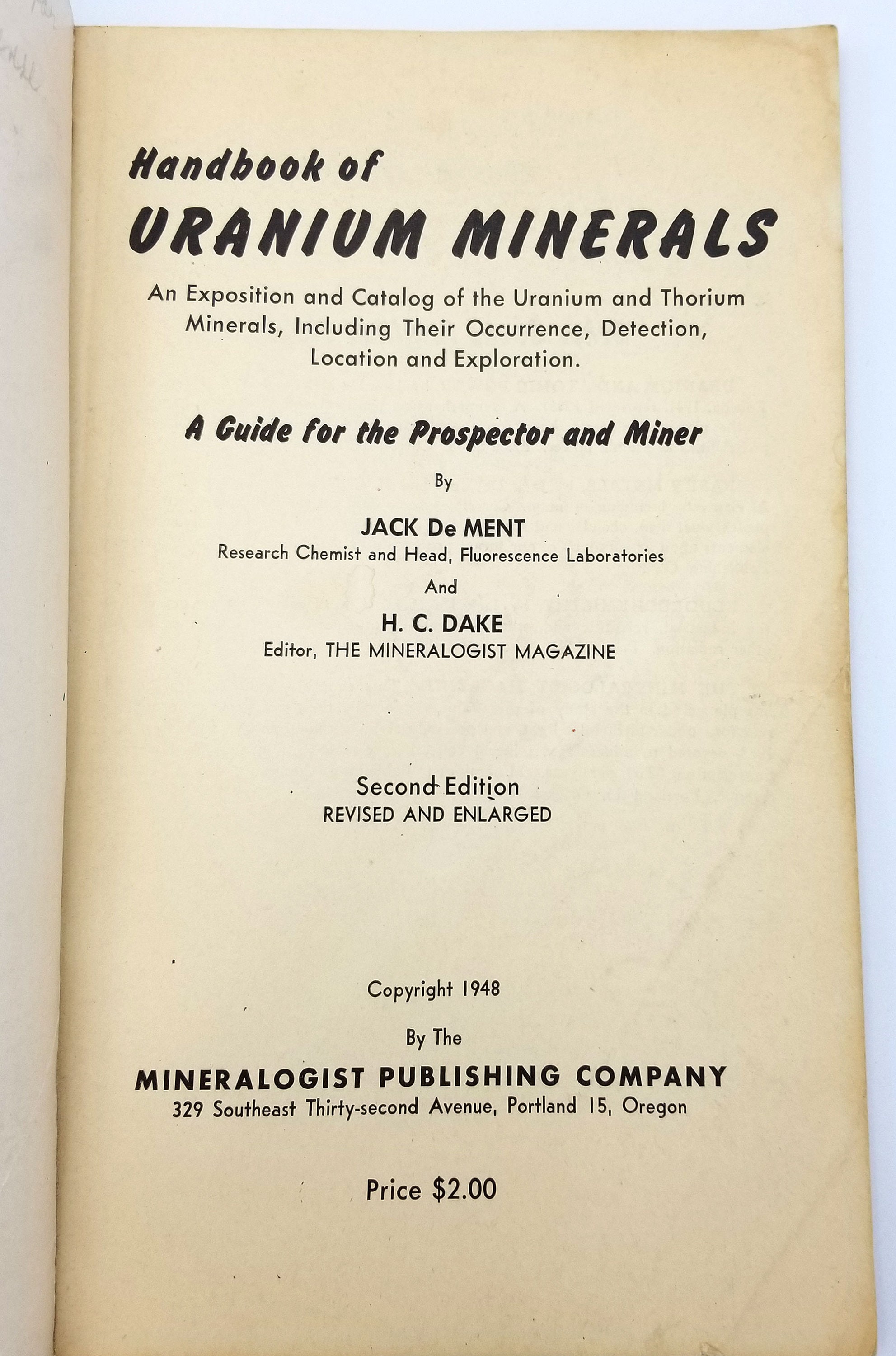 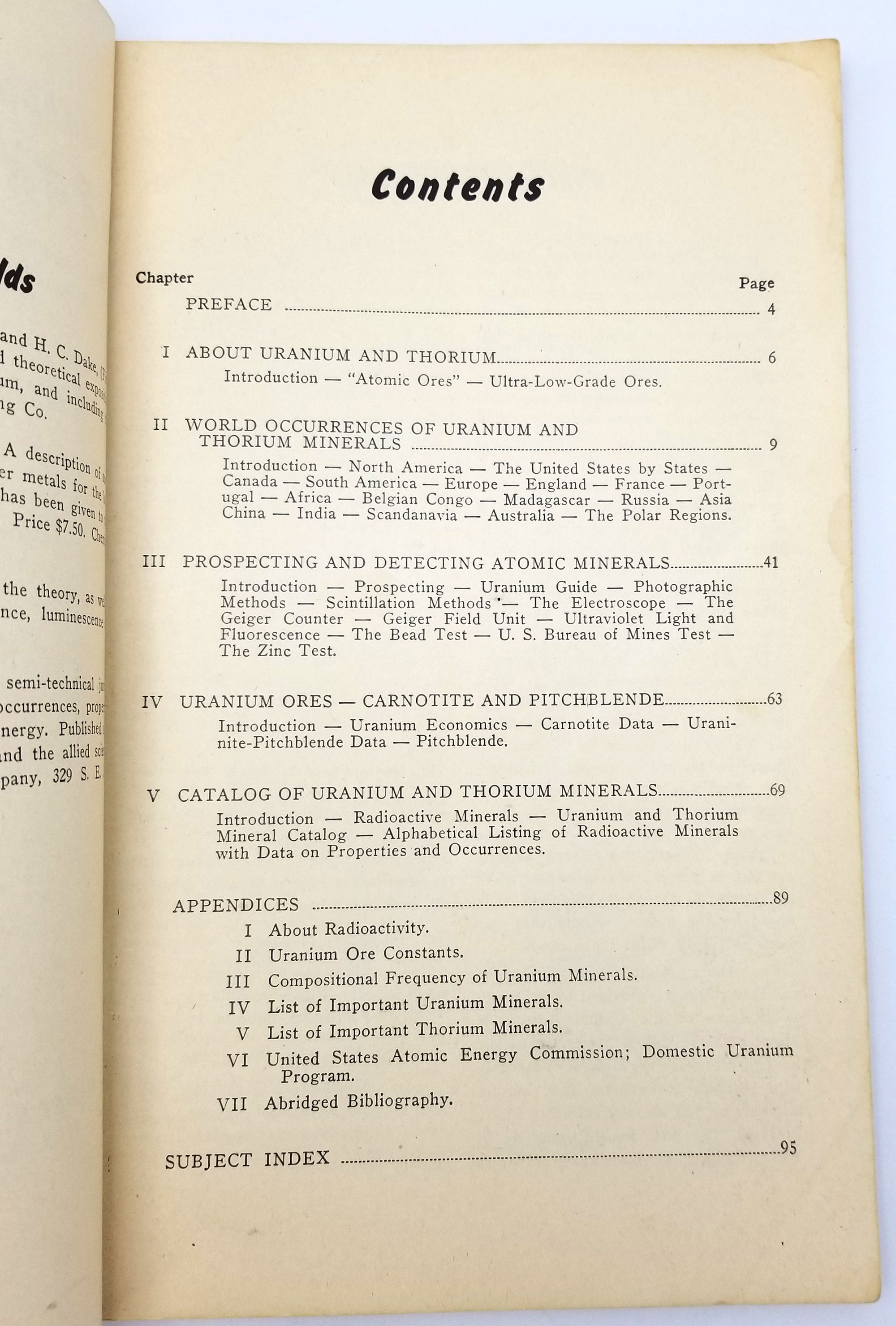 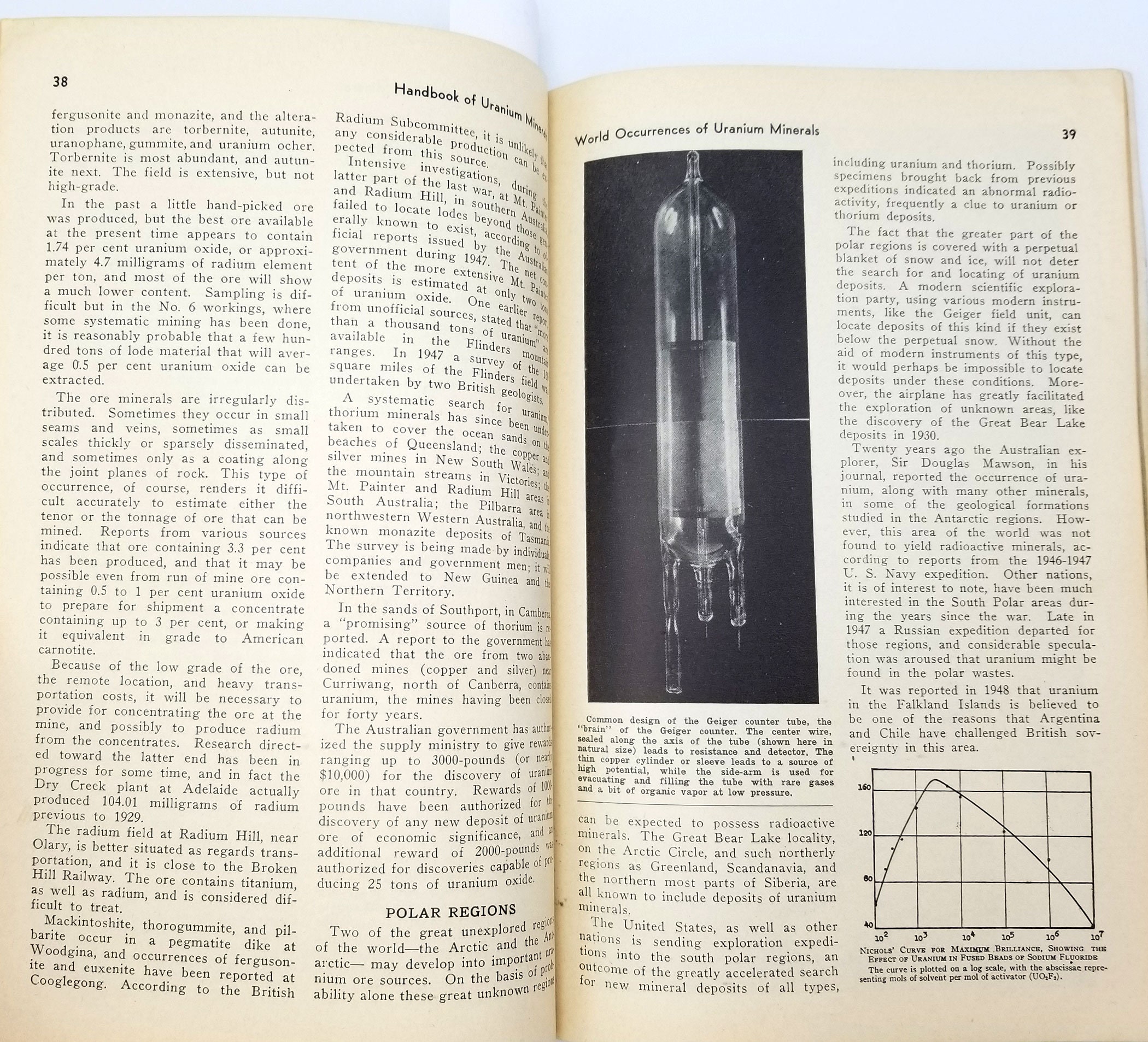 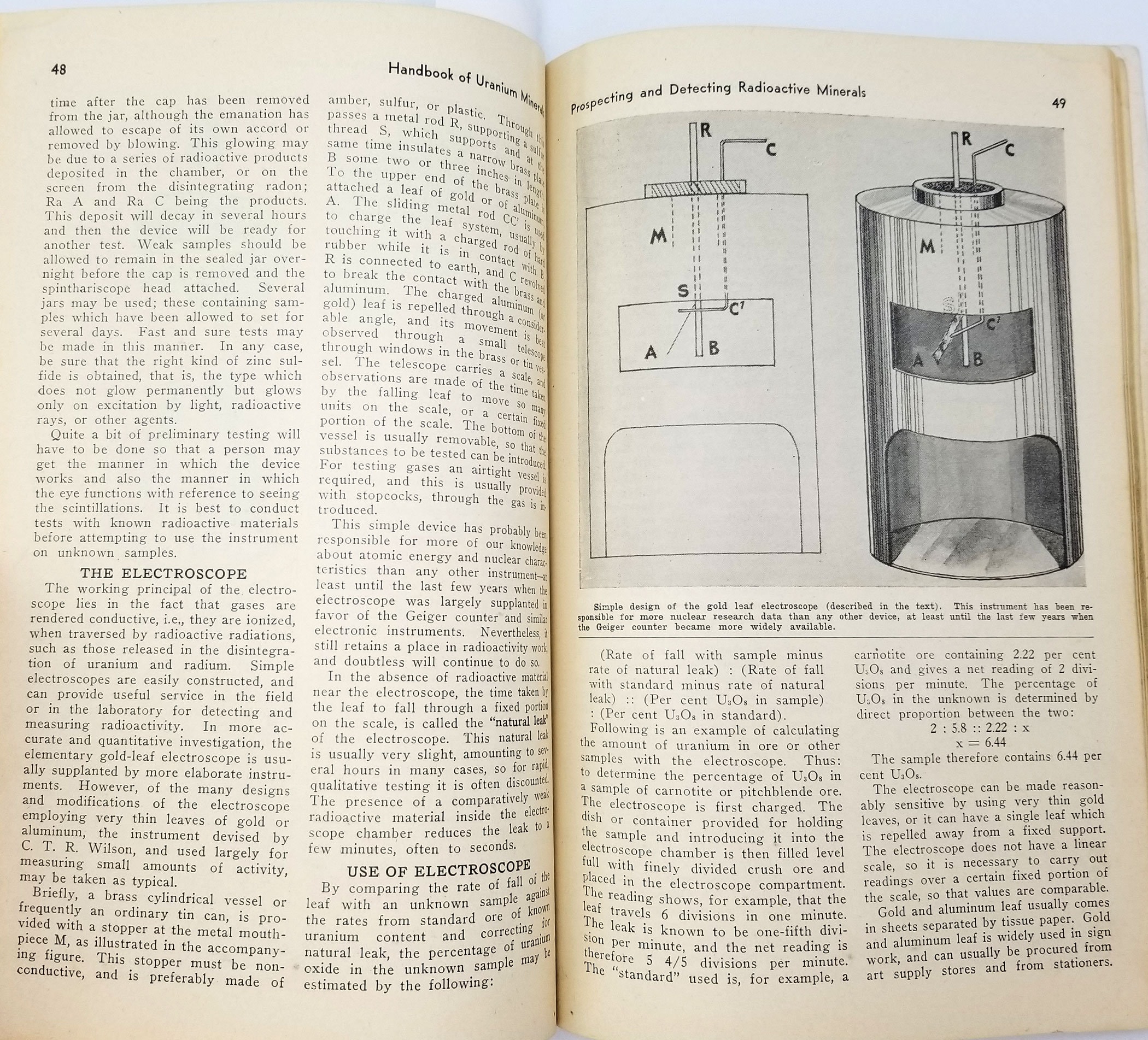 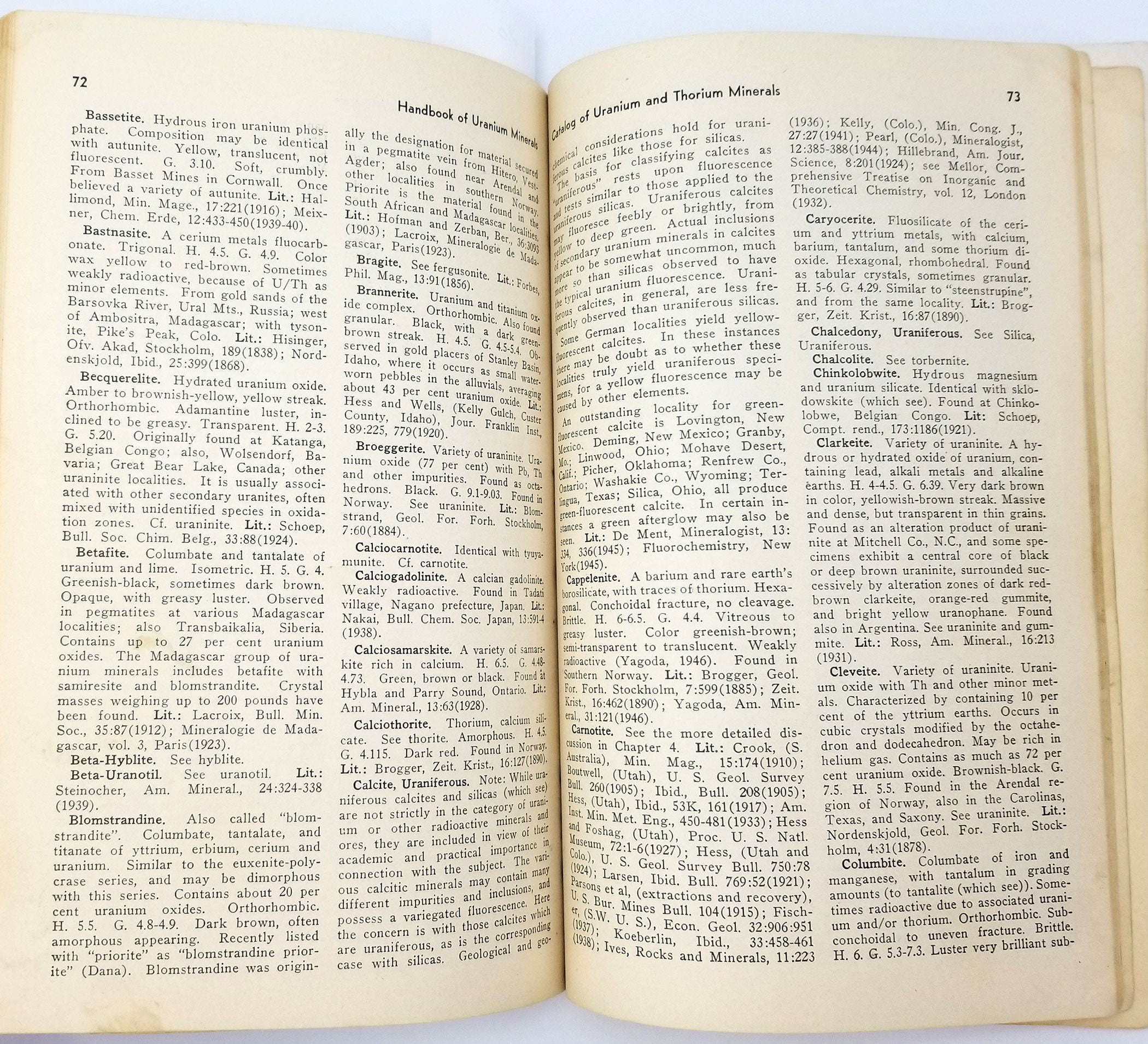 Title: Handbook of Uranium Minerals: An Exposition and Catalog of the Uranium and Thorium Minerals, Including Their Occurence, Detection, Location and Exploration. A Guide for the Prospector and Miner

Describes the geographic occurrence of uranium and thorium across the globe, methods of prospecting (scintillation method, electroscope, Geiger counter, ultraviolet light and fluorescence, the bead test, etc.), reviews the uranium ores of carnotite and pitchblende, and provides a twenty page catalog of uranium and thorium minerals with data on their properties and occurrences (including Dakeite, which was discovered by the author).

H. C. [Henry Carl] Dake (1896-1969) was a longtime Portland dentist, author, mineral collector, publisher of Oregon Mineralogist, and founder and first president of the Oregon Agate and Mineral Society. The mineral Dakeite (a secondary uranium mineral) was named after him in 1937.

Jack Andrew DeMent (1920-1992) was a Portland scientist, noted for his discovery of the optoexplosives principle in physics. He patented the Tellurian optoexplosive system (including nuclear explosive light generator and target irradiation).