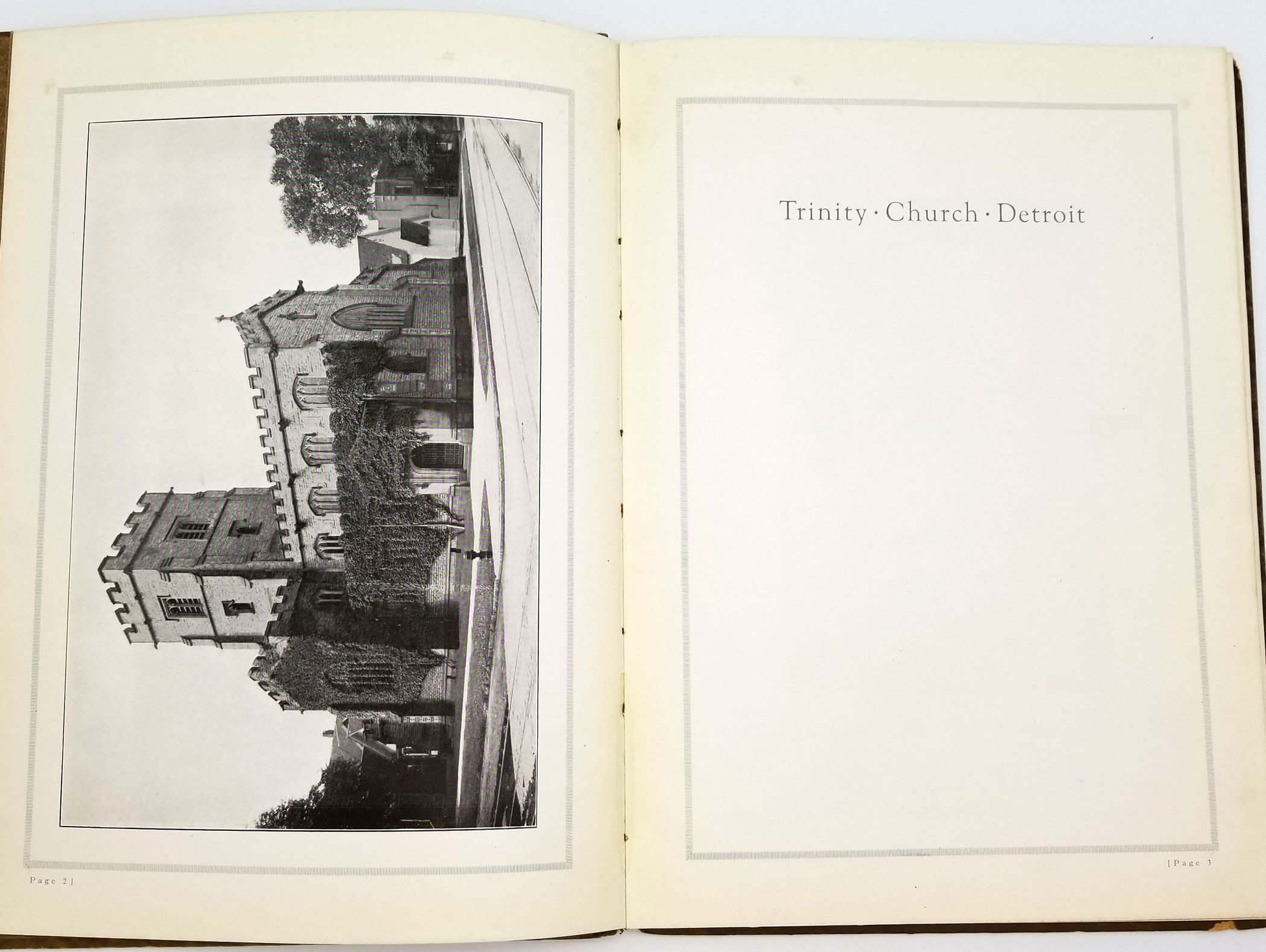 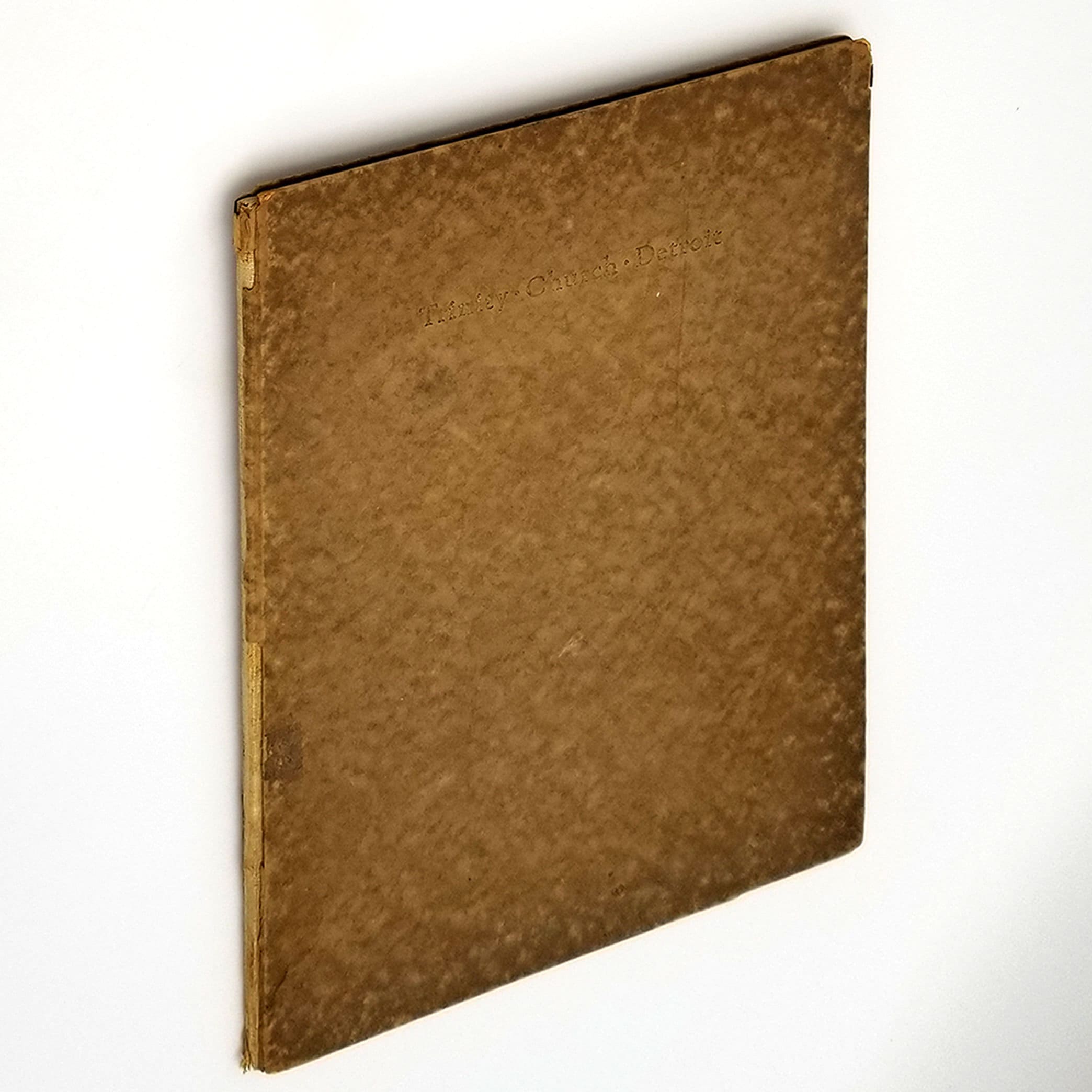 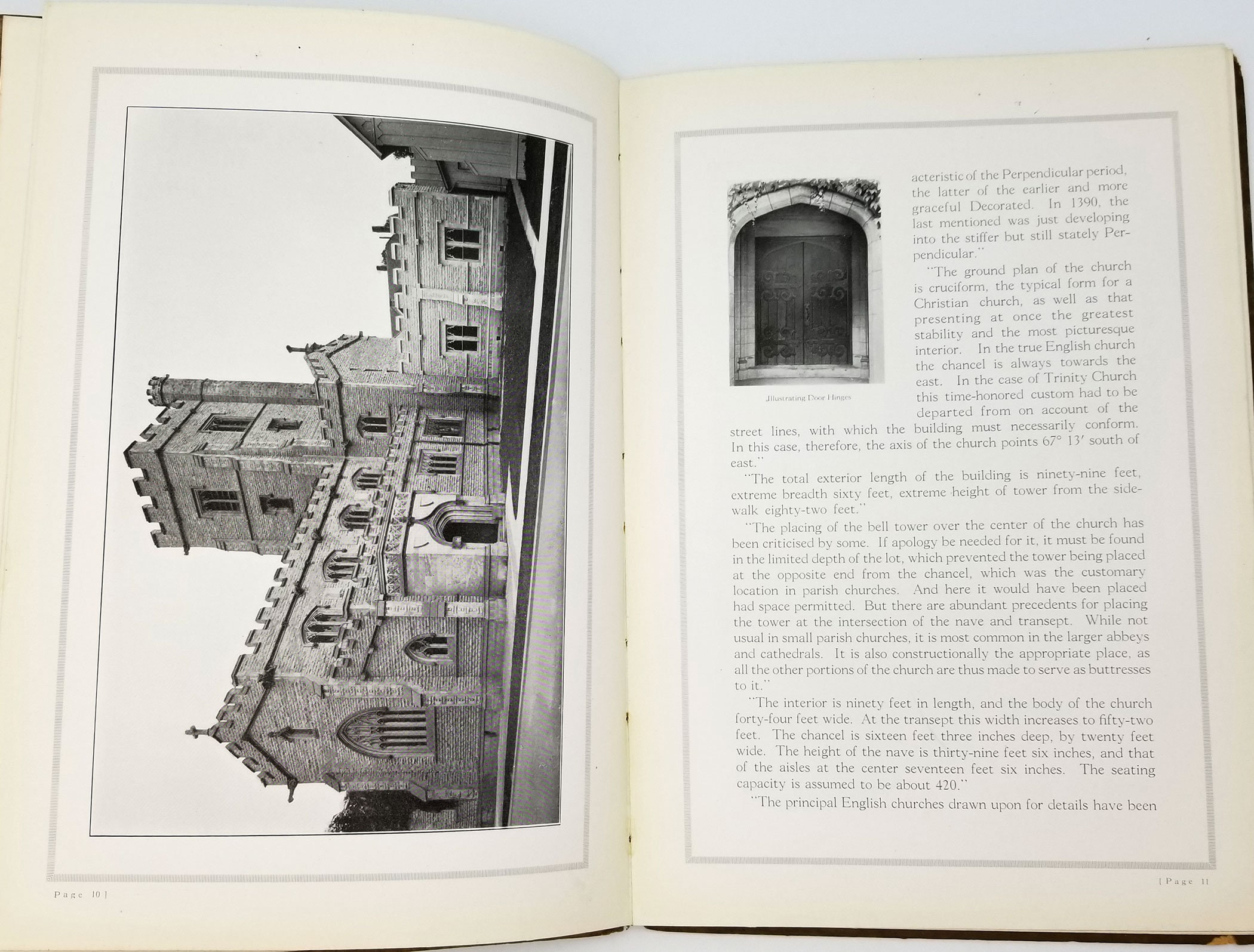 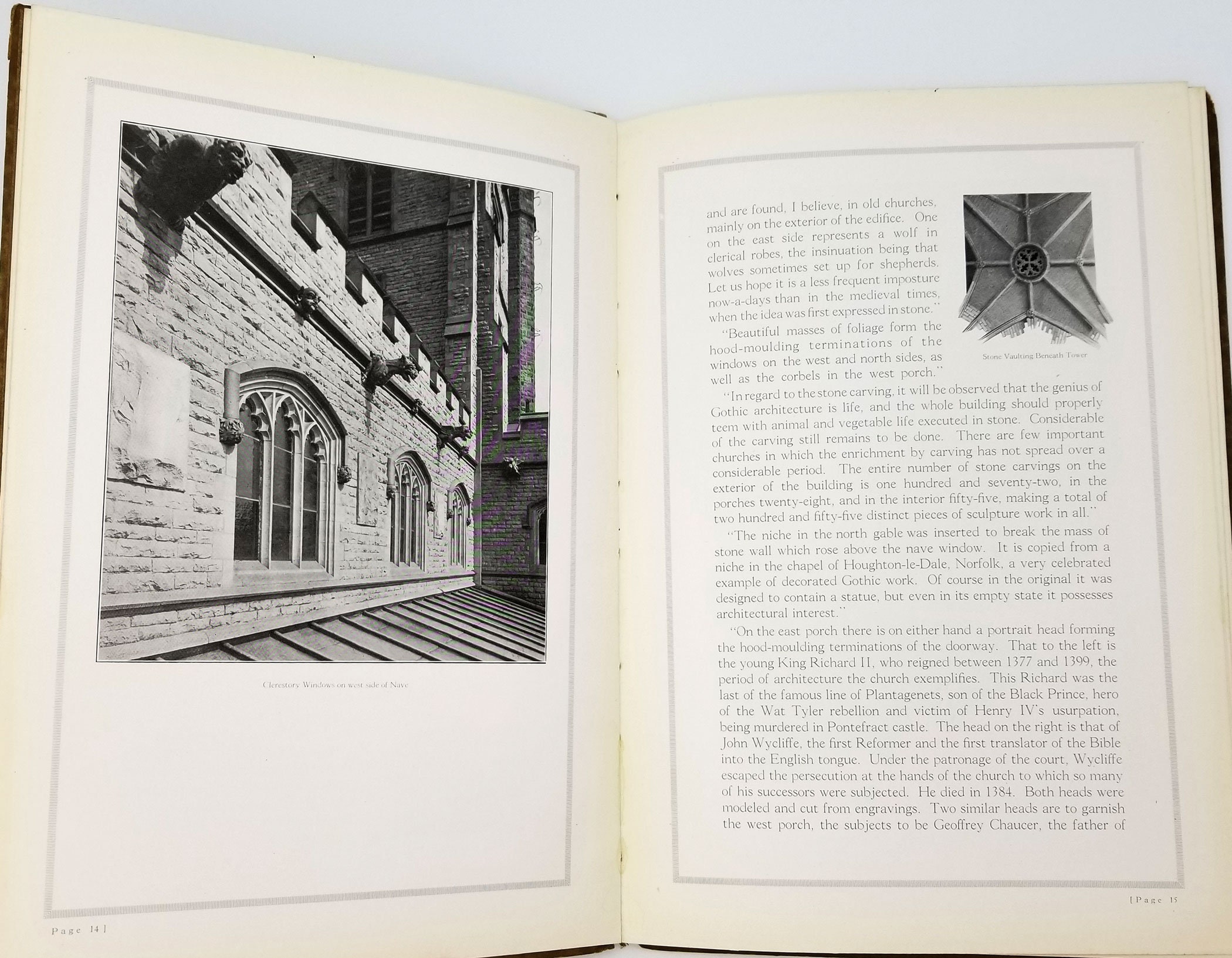 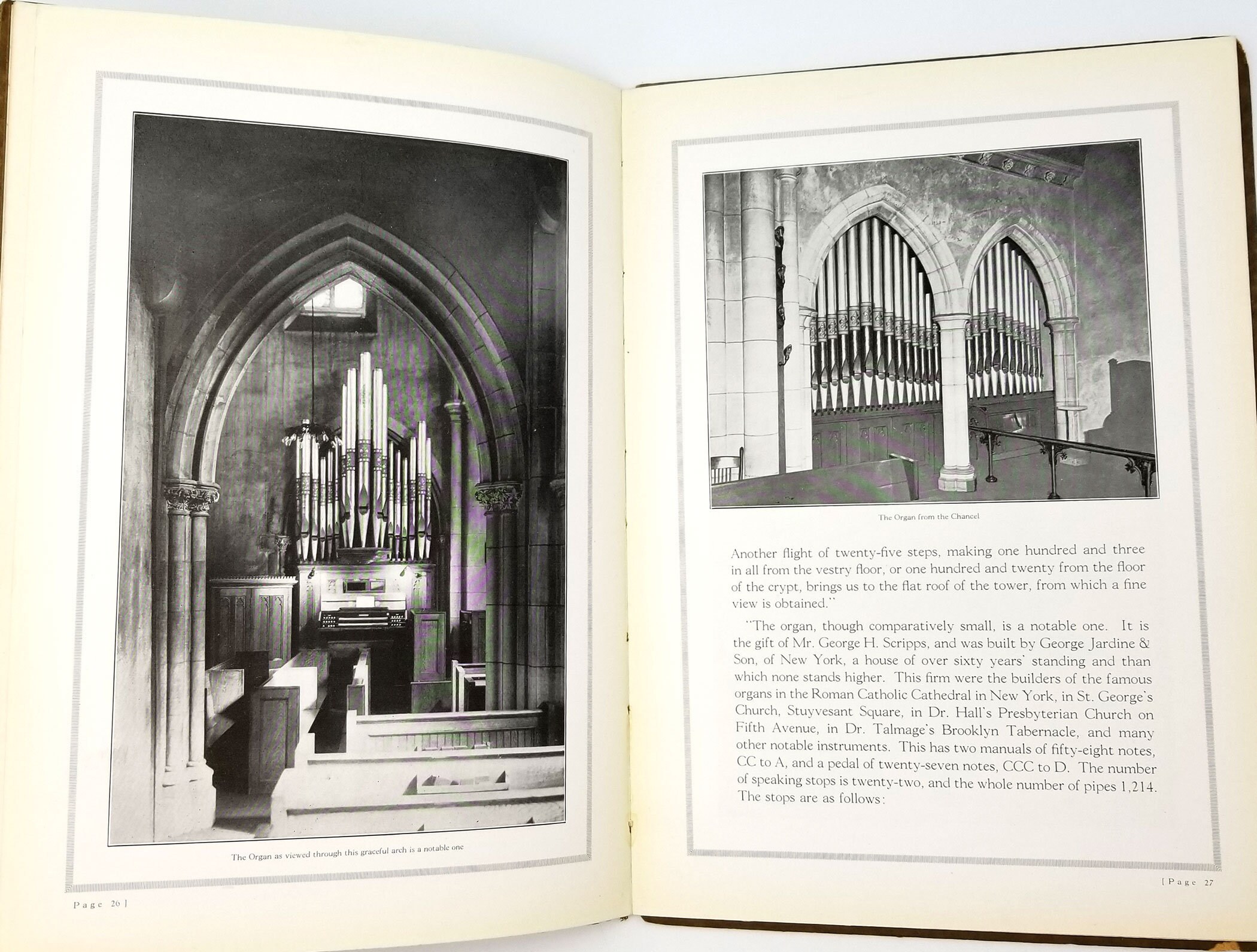 A photographic and descriptive presentation of the historic Trinity Episcopal Church in Detroit, Michigan. The majority of the text is drawn from a pamphlet written by James E. Scripps shortly after the construction of the church in 1890. Scripps, the owner of The Detroit News, commissioned and funded the building of the church, which was intended to be an authentic copy of a fourteenth century English Gothic church, and hired the architectural firm of Mason & Rice to design the structure. The church was placed on the Register of National Historic Places in 1980.

At the time this was published, the rector was the Rev. William Warne Wilson (1849-1926; retired 1922) and the associate rector was the Rev. Stephen Wakeman Frisbie (1840-1924). In December 1909 the parishes of St. James Episcopal (where Frisbie had been the rector for three decades) merged with Trinity Episcopal and Frisbie assumed the role of Associate Rector. Features 37 photographs, mostly of views of the exterior and interior of the church and some of its architectural features, but also includes portraits of James Scripps and the Reverends Wilson and Frisbie.