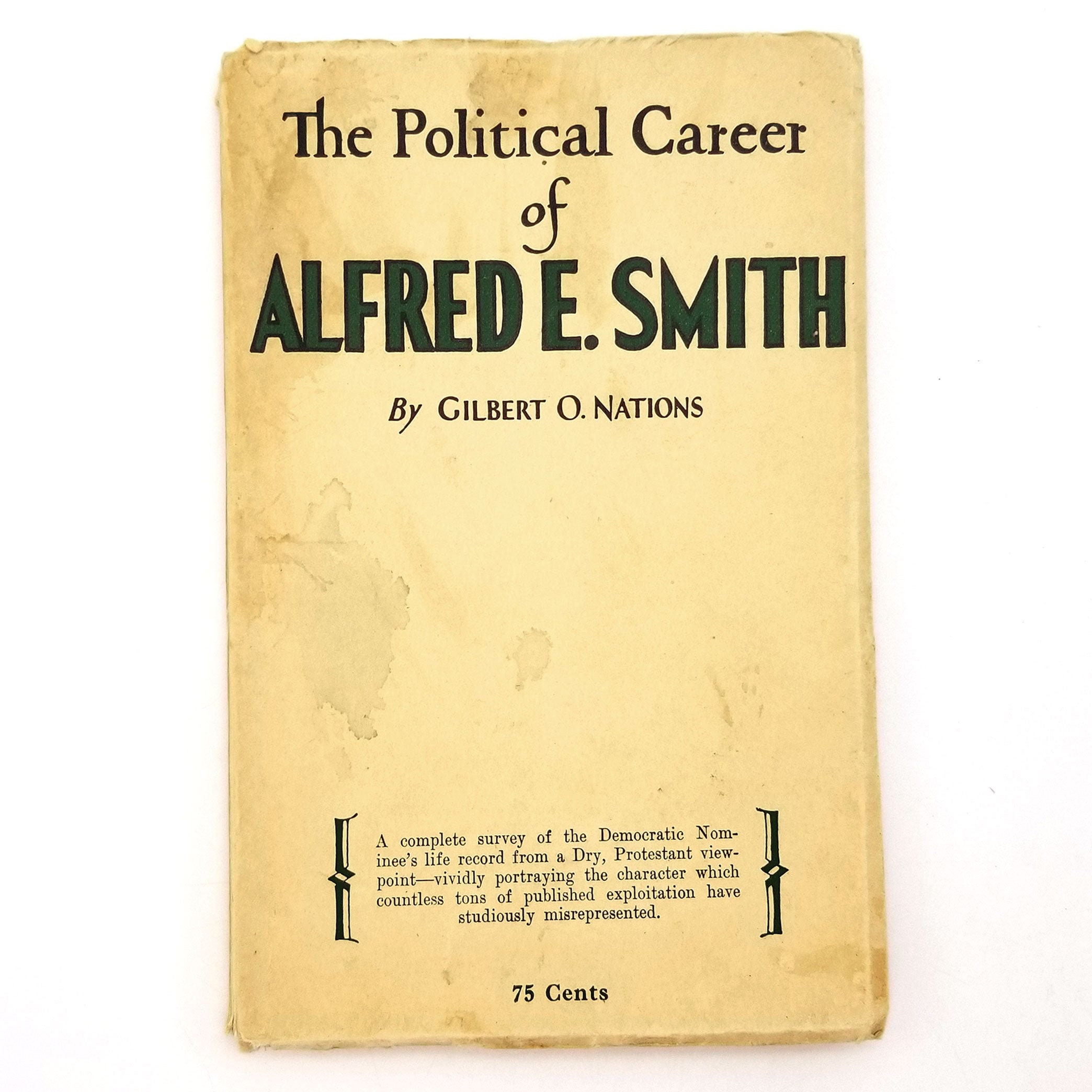 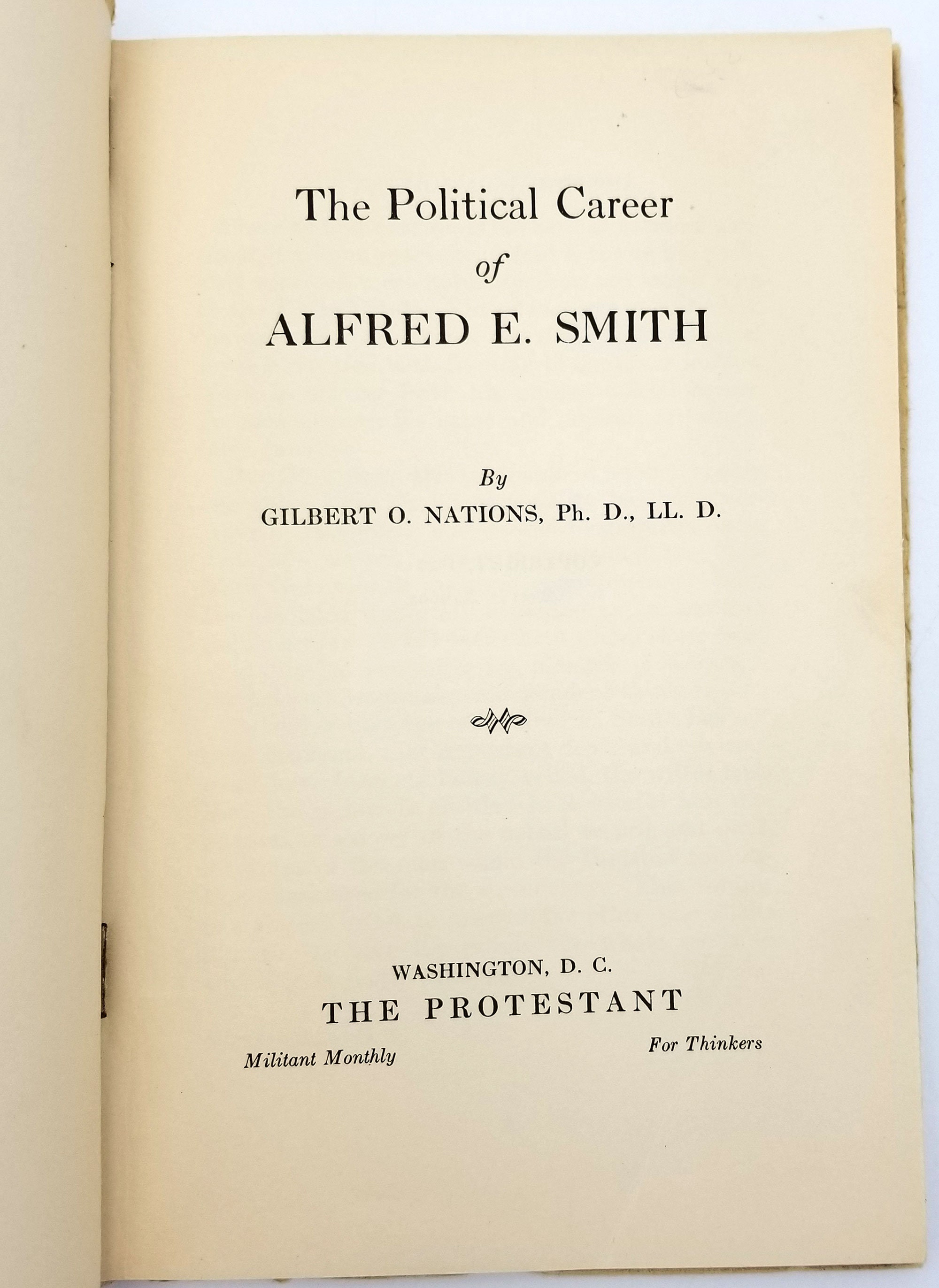 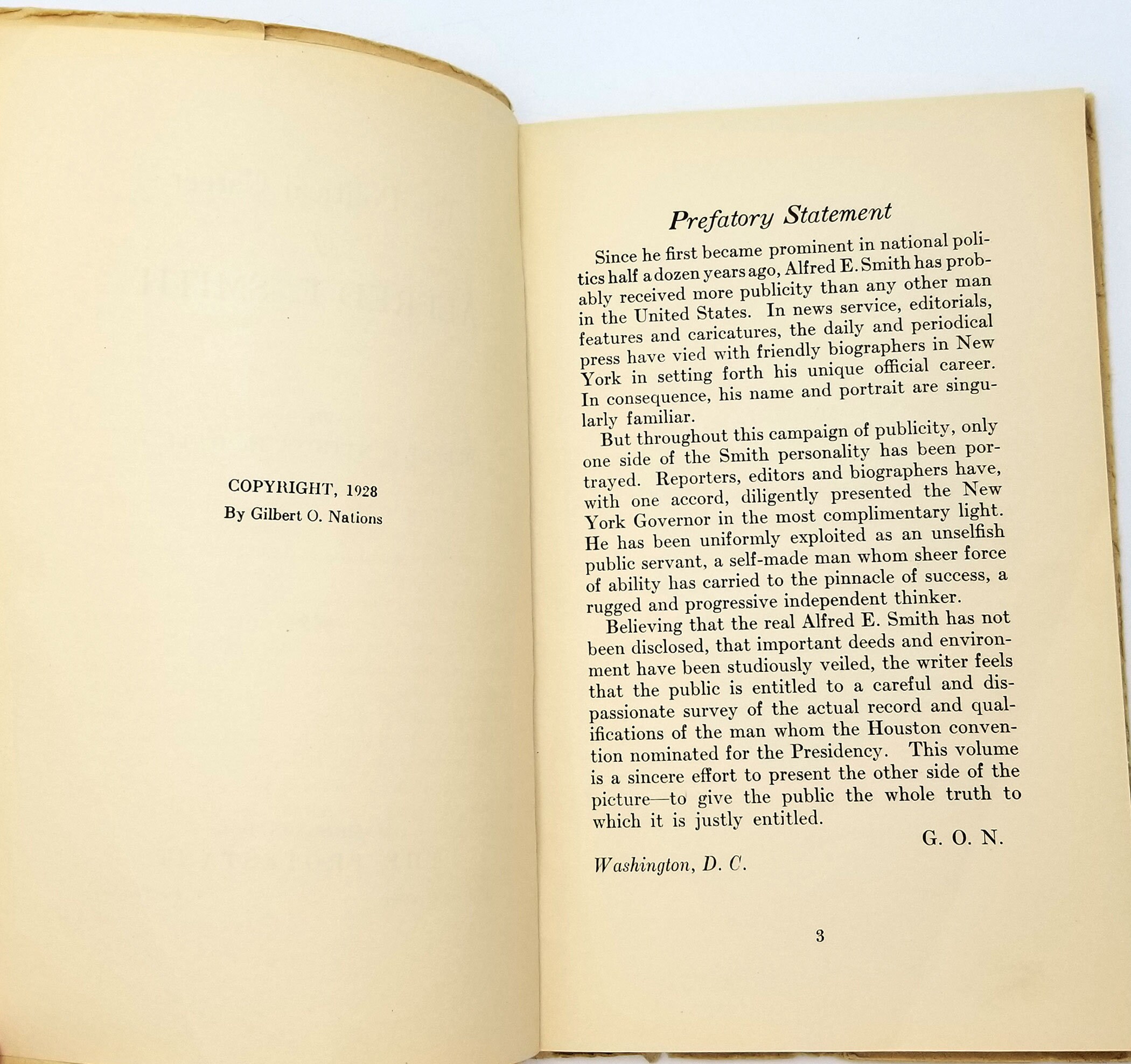 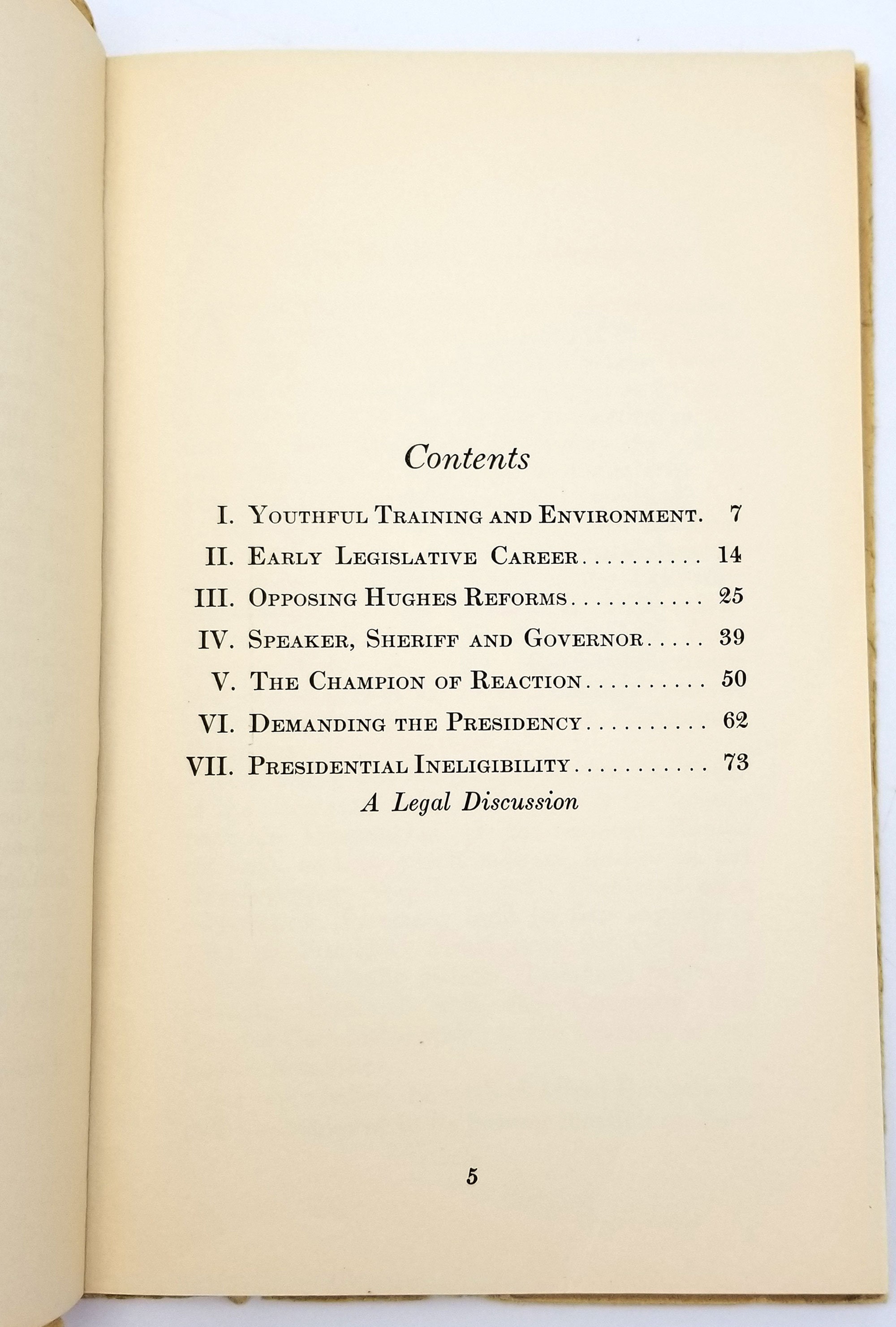 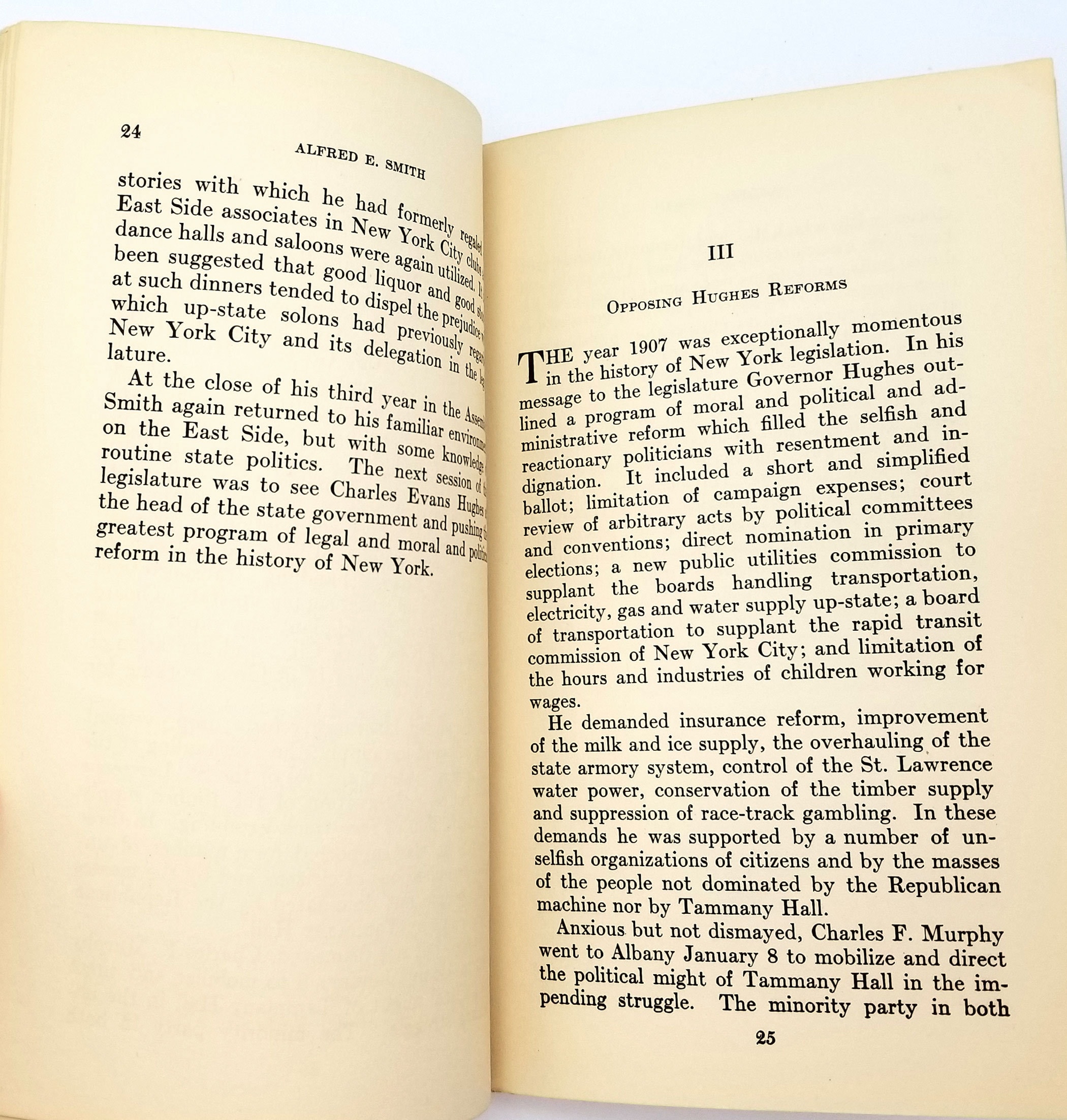 Description: Wraps. Some soiling and minor edge-wear to covers. Pages clean. 84 pp. 7.5 x 5 inches. An expose of the career of 1928 Democratic Presidential candidate Al Smith from a dry (prohibitionist), Protestant point of view. The author's intent was to set the record straight, which an overly-friendly press, in his opinion, had consistently misrepresented.

Alfred Emanuel Smith (1873-1944) served four terms as the Governor of New York. He was the Democratic Presidential candidate in 1928 and ran against the Republican Herbert Hoover. It was observed that the campaign against him was run on prohibitionist and Protestant prejudice and against Catholics.

The author, Gilbert Owen Nations (1866-1950), was a lawyer and anti-Catholic activist, who had run as a Presidential candidate in the previous Presidential race (1924) as the nominee of the short-lived American Party.