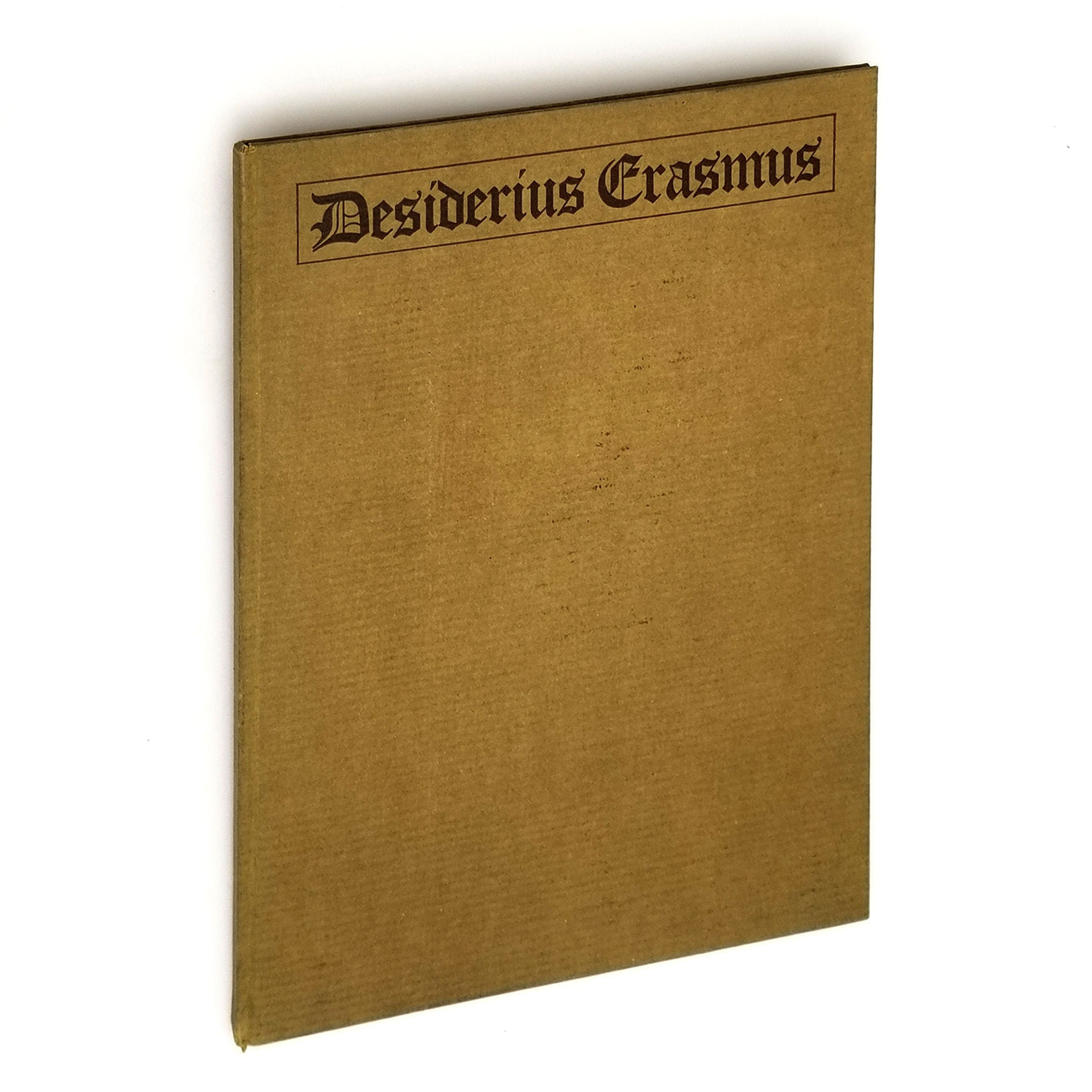 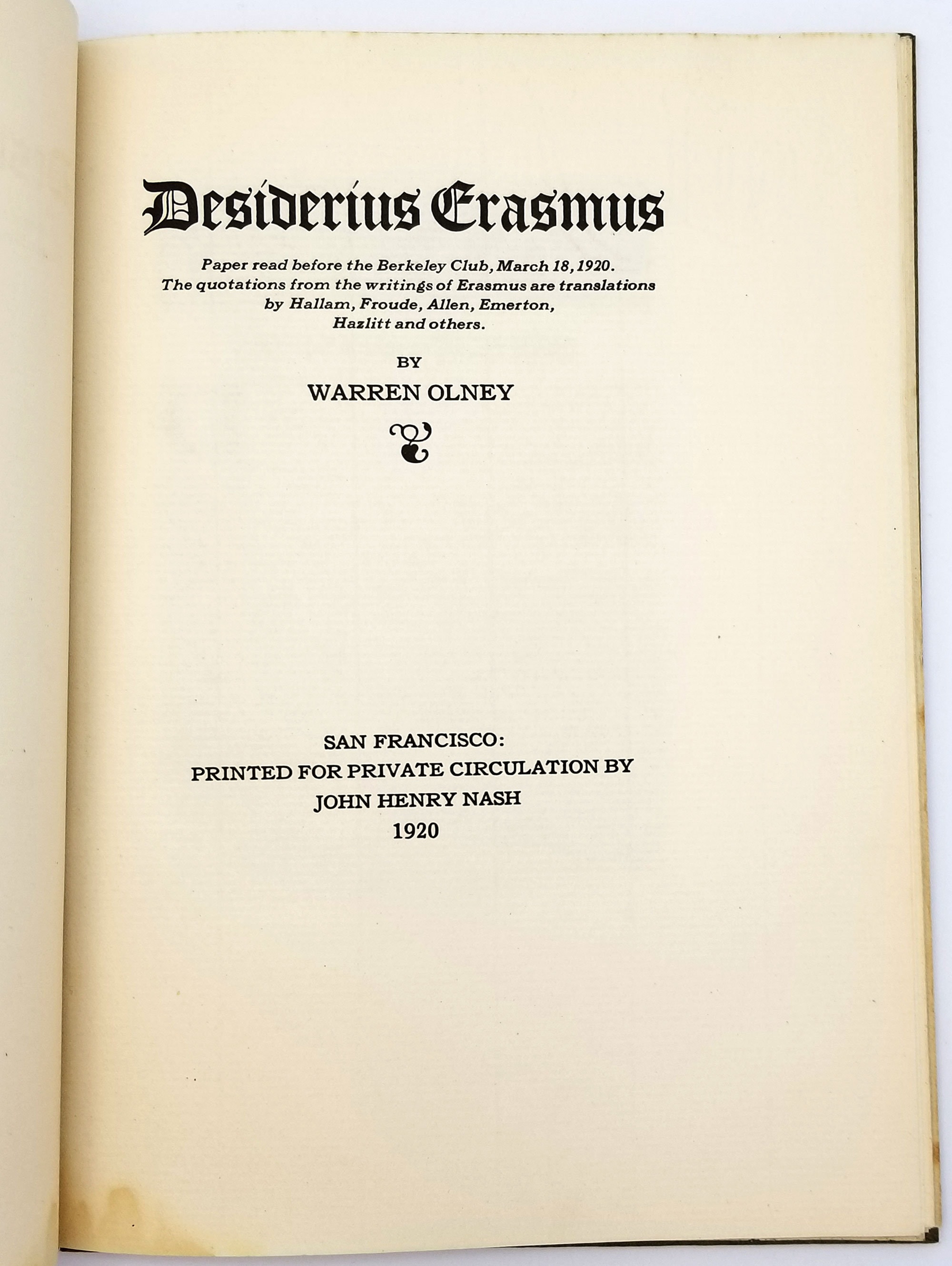 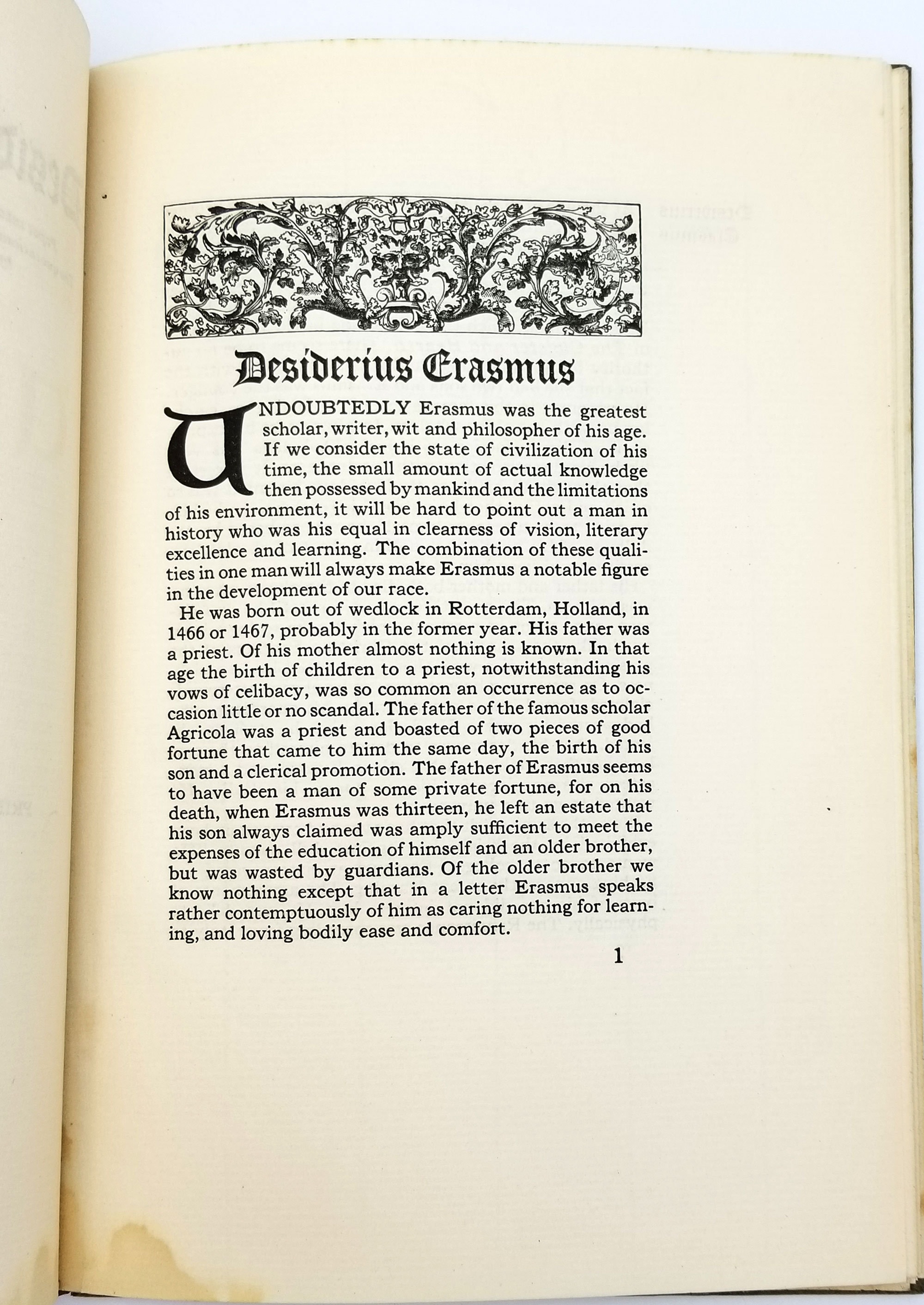 Description: Printed for private circulation by John Henry Nash. Inscribed by the author on the ffep. Paper boards with a hint of wear at the head and foot of spine. Pages show dampstain around bottom of inner gutter. 24 pp. 8.75 x 6.5 inches.

A paper on the life and literary works of Erasmus, read before the Berkeley Club (California) in the spring of 1920. The author, Warren Olney, Sr. (1841-1921), was a founding member of the Sierra Club, the Mayor of Oakland between 1903 and 1905, and a president of the California Bar Association. He was a strong advocate for the controversial tapping of the Hetch Hetchy water system for Oakland and San Francisco's use, the development of which included the O'Shaughnessy Dam on the Tolumne River.

Inscribed by Warren Olney to M. M. O'Shaughnessy. Michael Maurice O'Shaughnessy (1864-1934) served as the City Engineer for San Francisco between 1912 and 1934 and is responsible for many urban projects including the Hetch Hetchy water system, various tunnels and reservoirs, rail lines, etc.

This volume was printed by John Henry Nash (1871-1947), a fine press operator who for many years, along with his business partner Paul Elder, helped establish San Francisco as a center of fine printing.