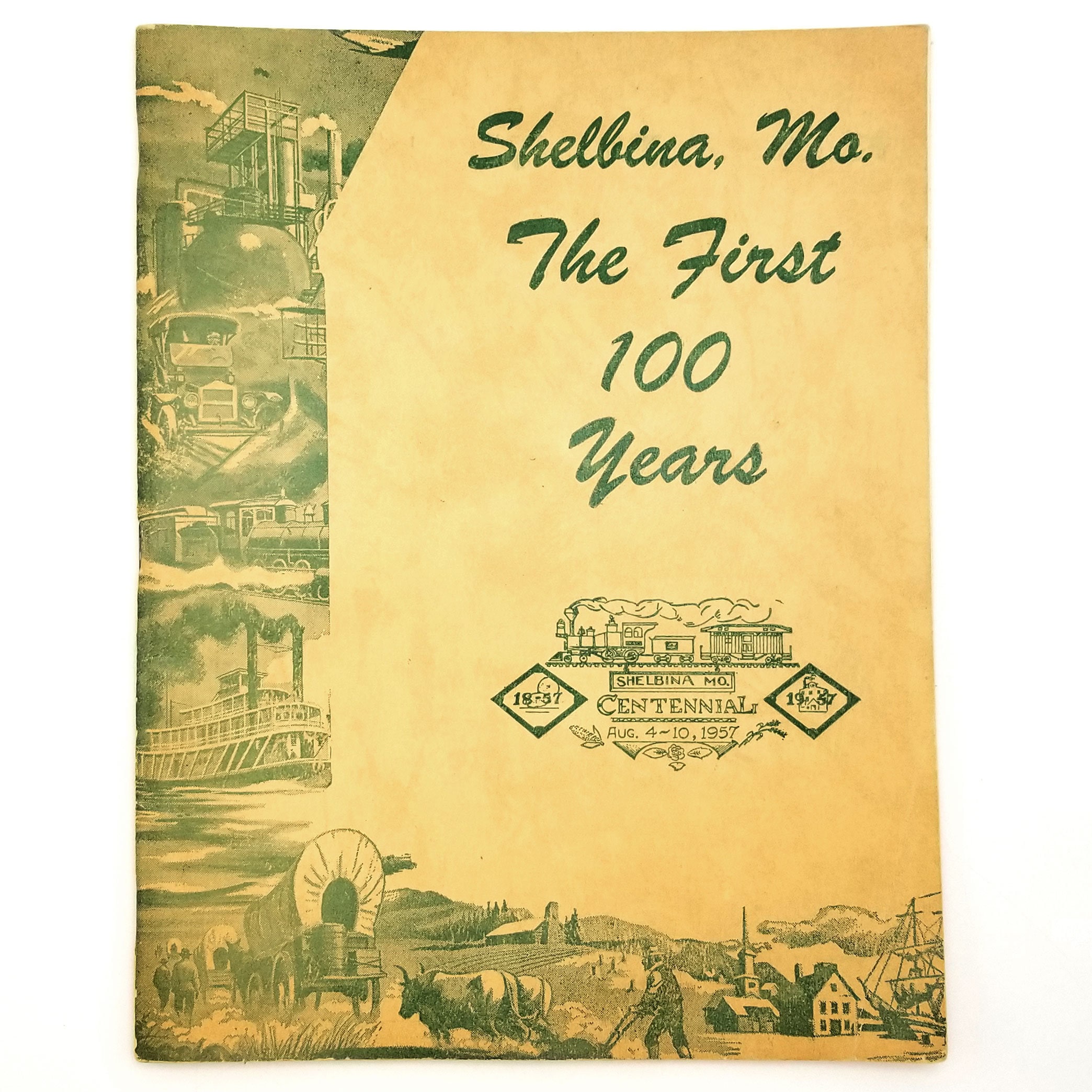 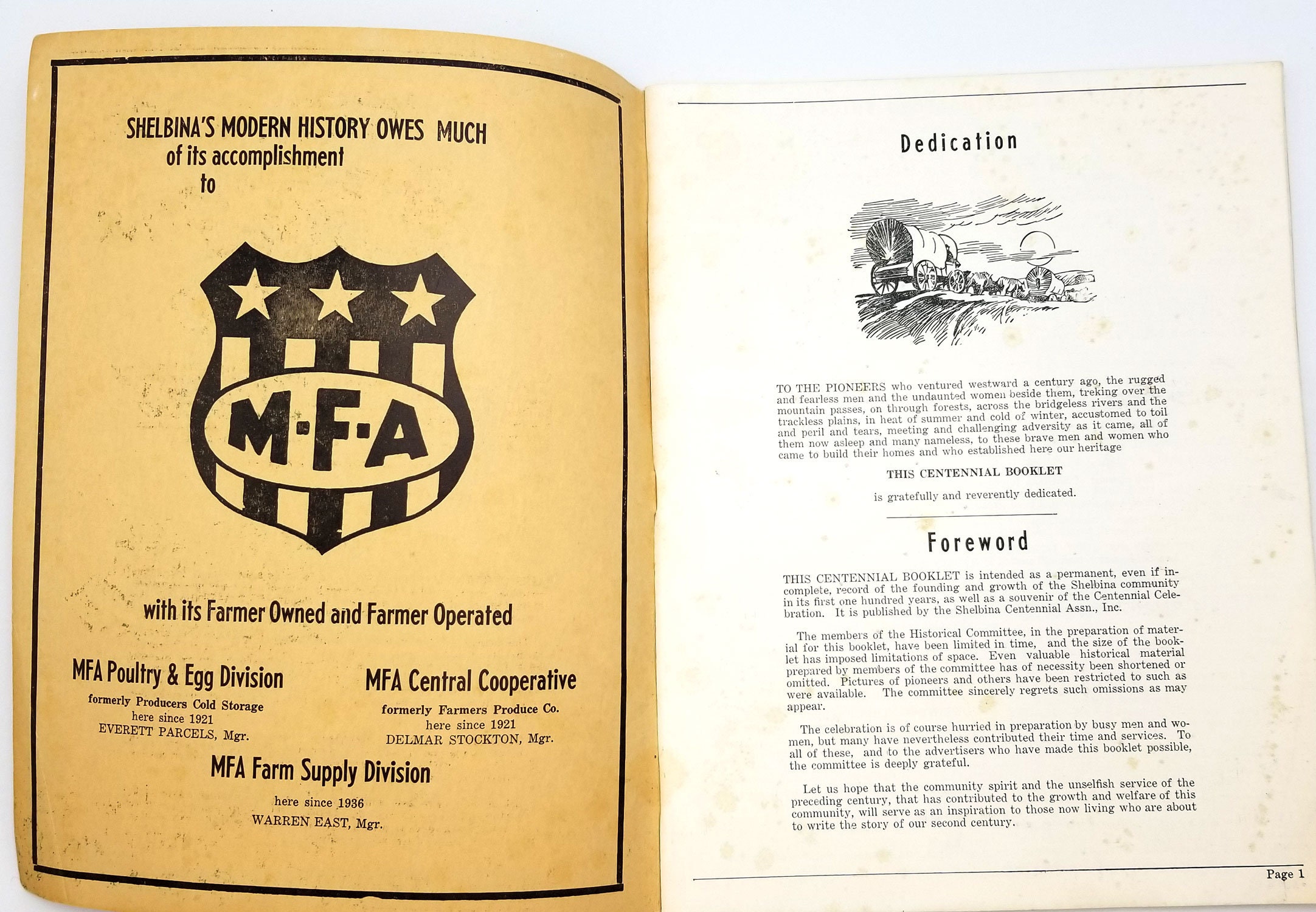 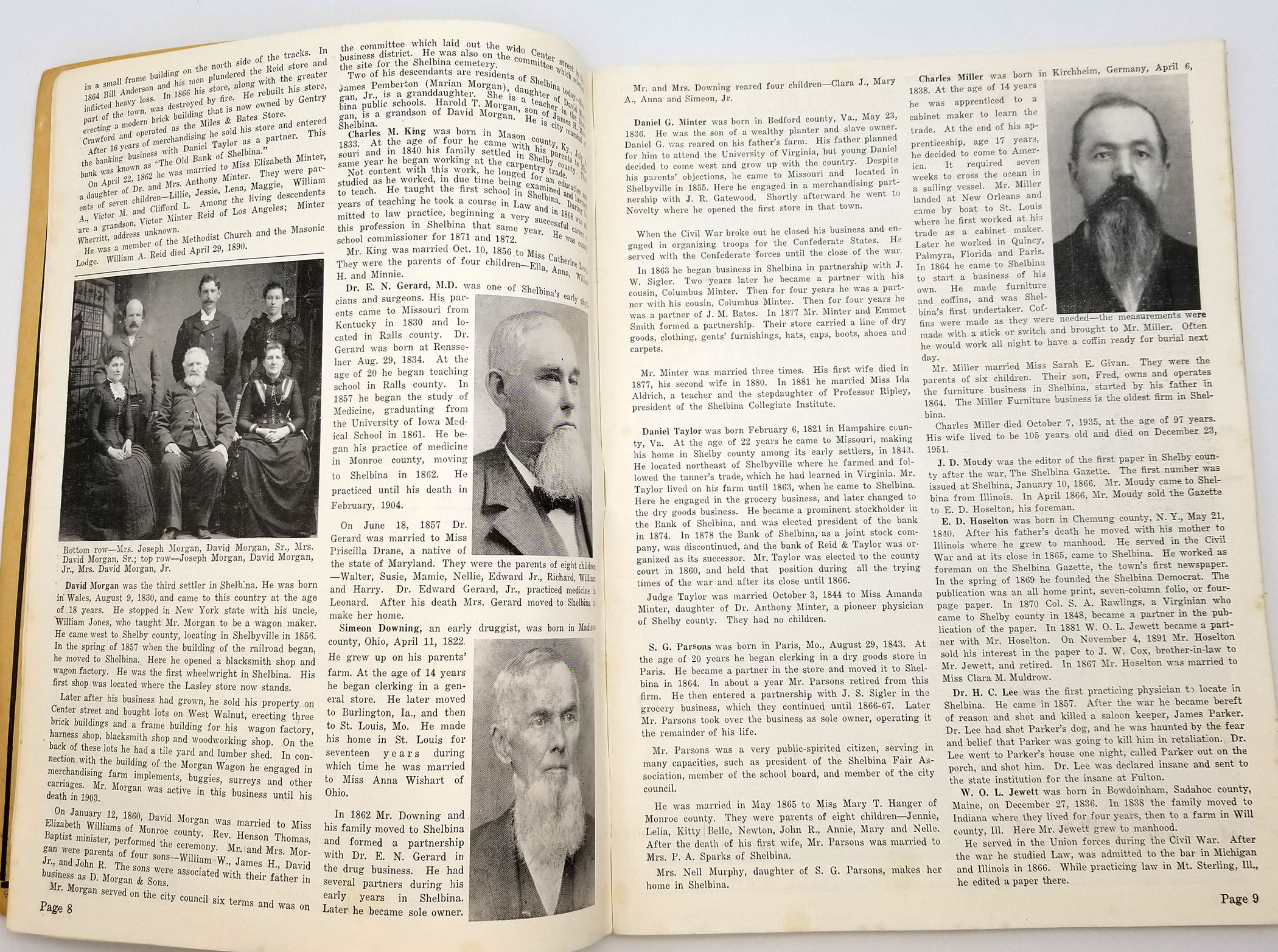 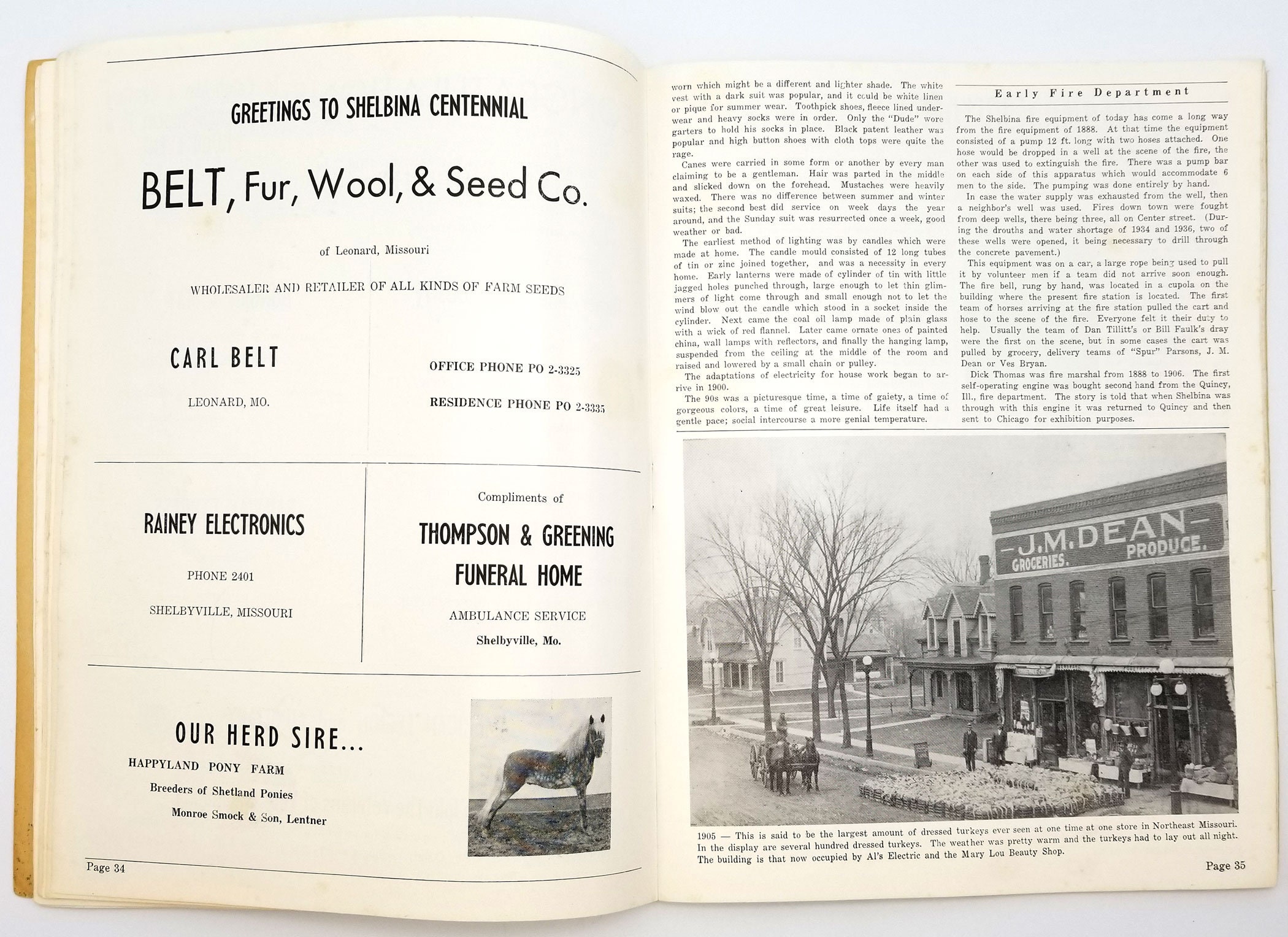 A commemorative history of Shelbina, Missouri, featuring many historic photographs, produced for the town's Centennial celebration held in August 1957. Covers early settlers and early town life, civic progress, Shelbina in the wars (mostly Civil War, WWI, WWII, but also touches on the Spanish-American War and Korean War), life in the 1890s, fire department, schools, churches, industry and businesses, social organizations, newspapers, the Shelby County fair, list of mayors, portraits of the fifteen Centennial Queen candidates, an 1890 photo of the first four grades at the Shelbina School (with most of the students identified), neighboring towns, and more. Quite a bit of local (Shelbina, Hannibal, Macon) advertising is also featured.