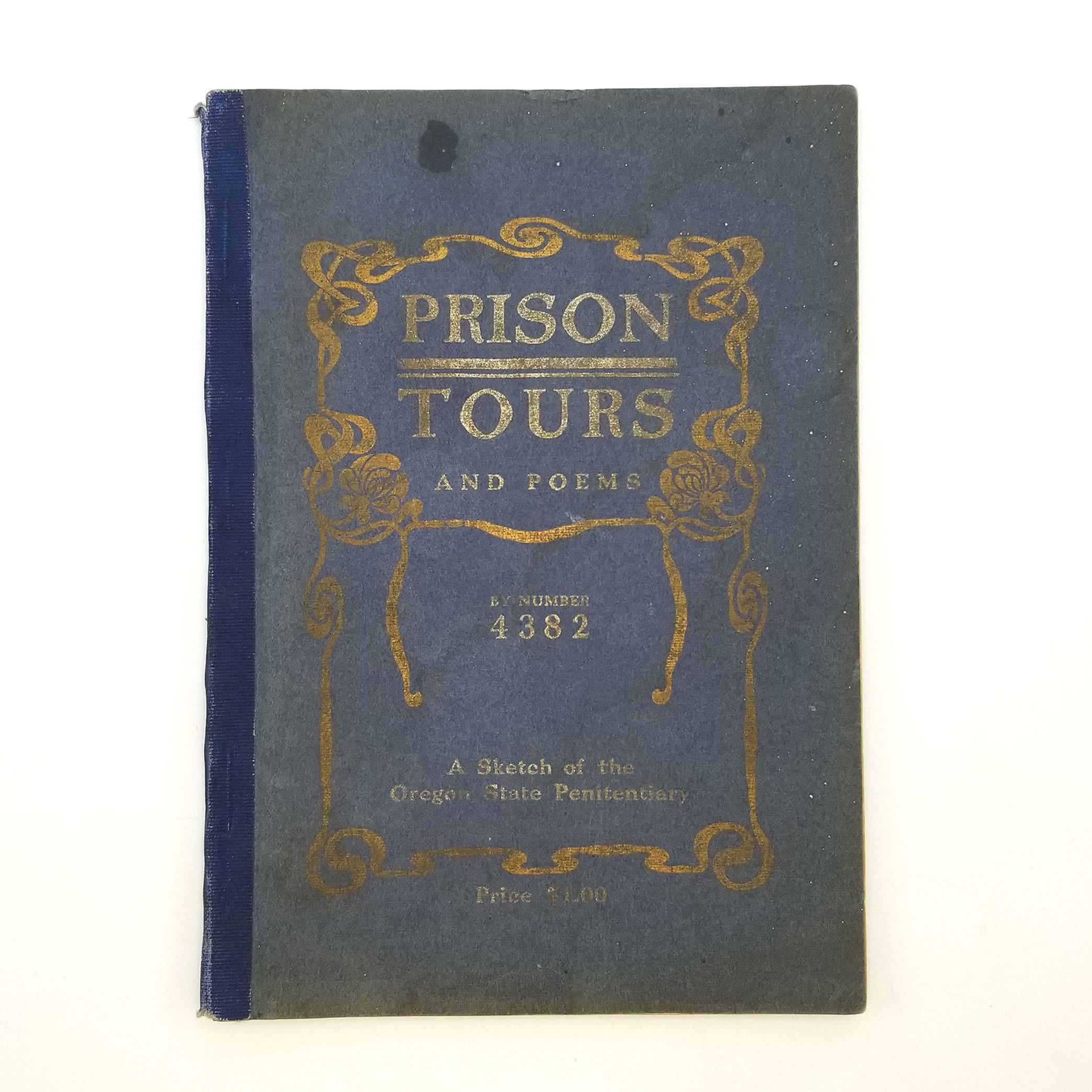 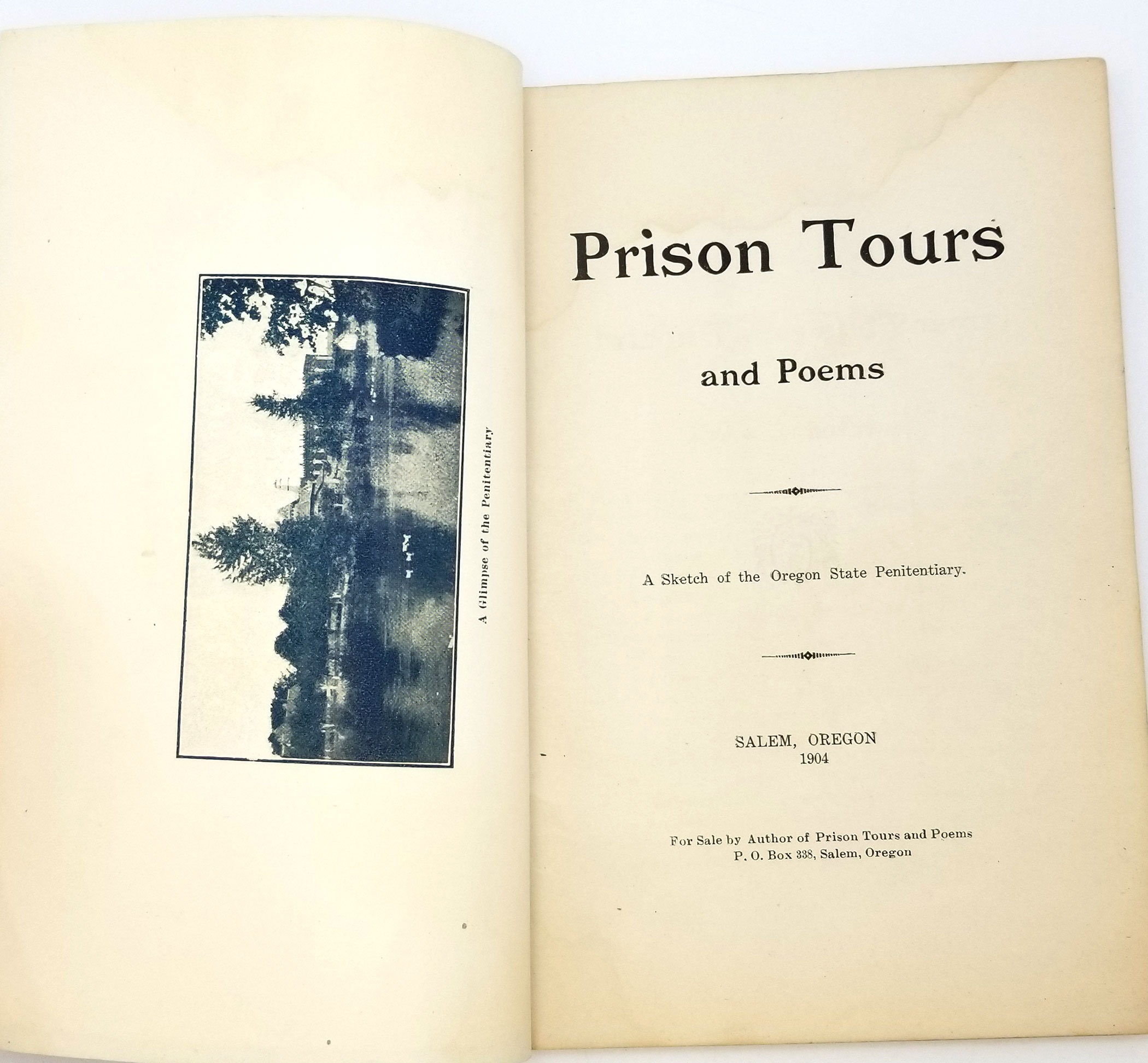 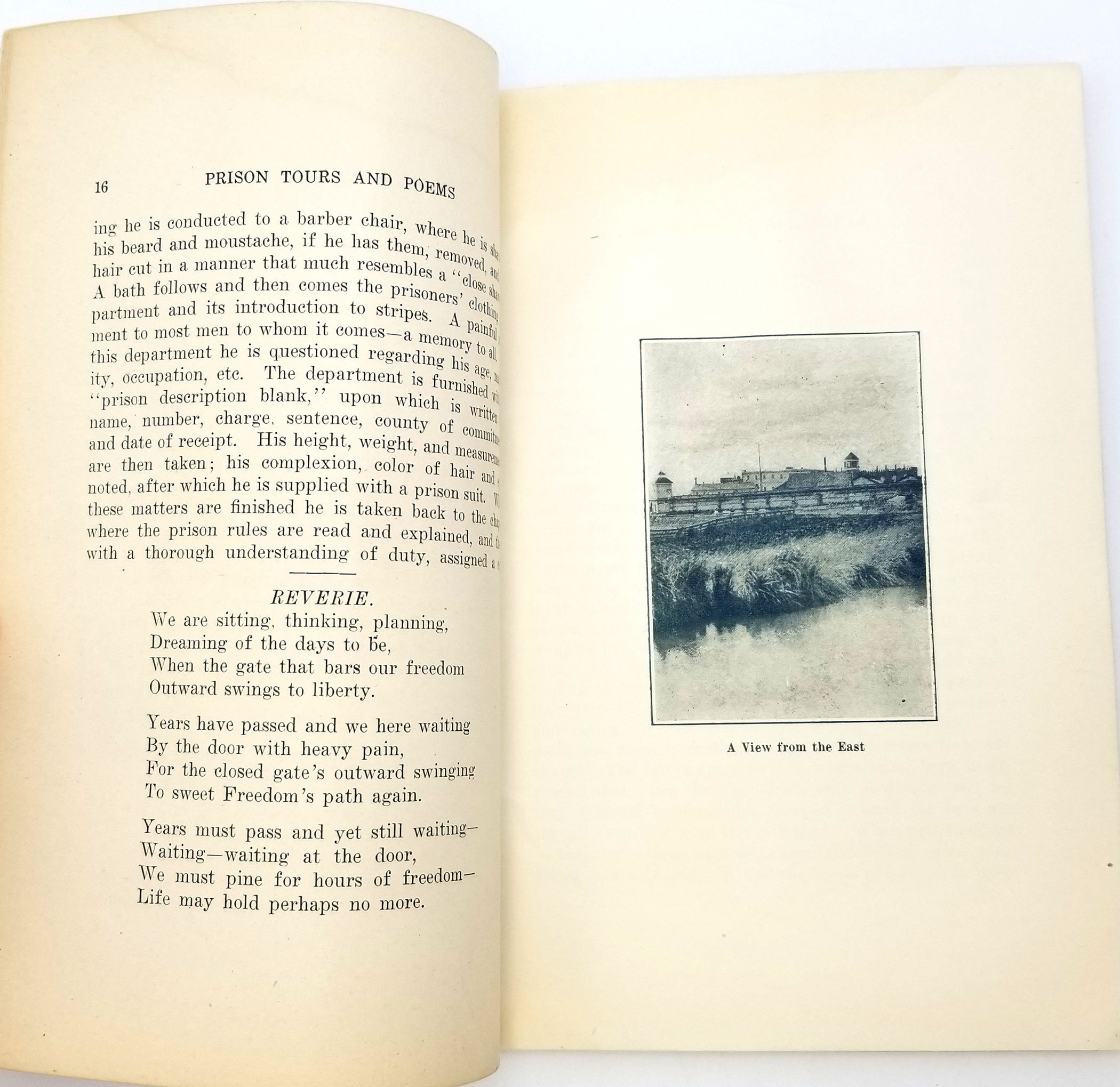 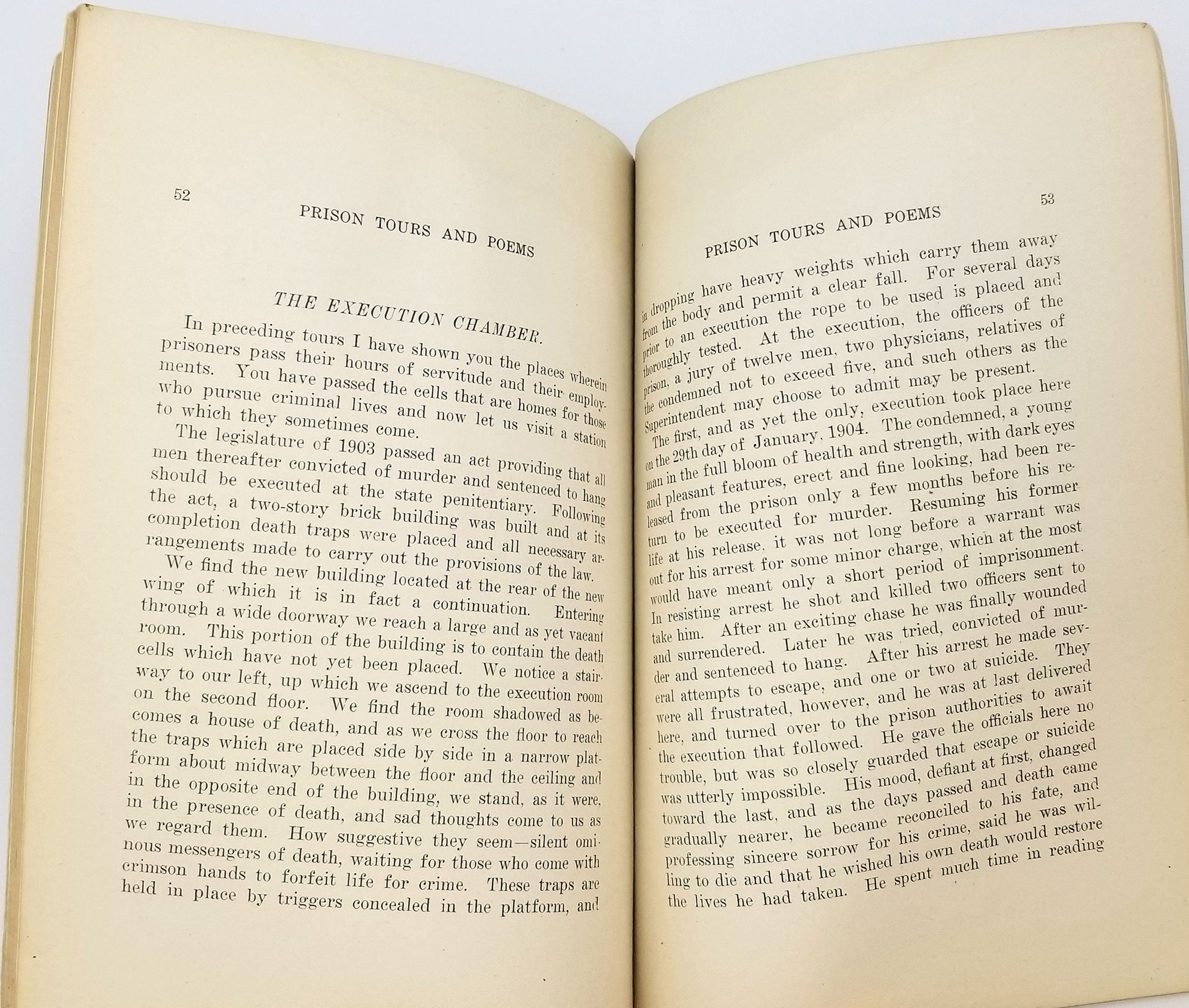 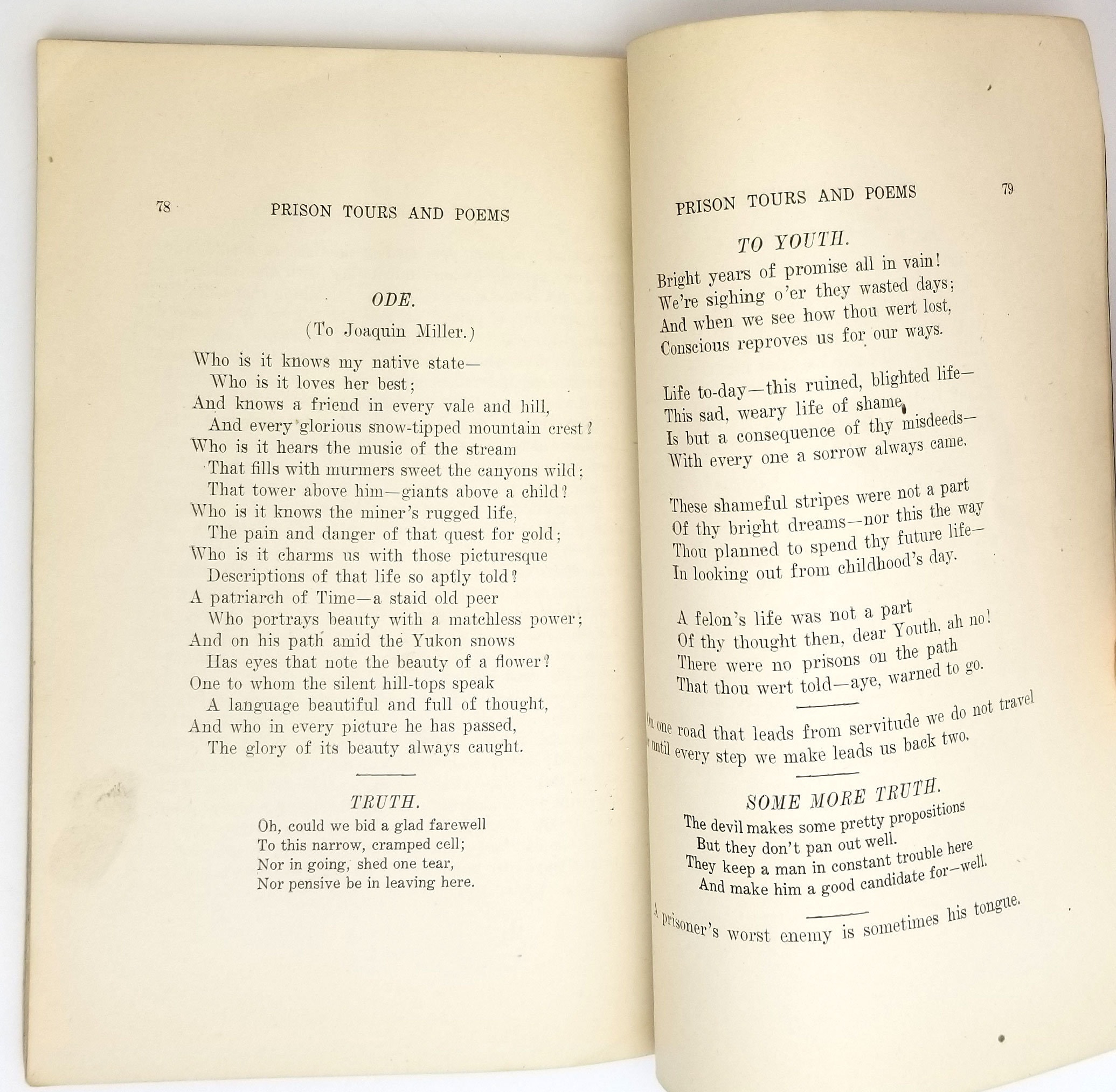 Title: Prison Tours and Poems: A Sketch of the Oregon State Penitentiary

Written by a convict at the Oregon State Penitentiary in Salem, Oregon. In a series of chapters he describes the prison and its operations, giving a vivid picture of life inside. He describes how the prisoners are received and inducted into the facility, describes in detail the prison cells and how the prisoners chose to adorn them, the crafts that prisoners make and sell to visitors (displayed in a glass case), the prison library and what kinds of books are available, the dining room and experience of meal times, the kitchen, the work shops where the inmates are employed (laundry, blacksmith, and the contract work done for the Loewenberg-Going foundry company, etc.), the execution chamber (noting the first ever execution at the penitentiary in January 29, 1904), the chapel, its services and a handful of ministers then serving, and several pages are given to detailing the June 1902 escape of Harry Tracy and David Merrill.

Interspersed with the descriptions of the penitentiary are a little more than twenty short poems, most touching on the experience of life in confinement.

Although not noted in his volume, Prisoner 4382's name was Van [possibly Vandevere?] Tiffen. In April of 1901 he plead guilty in Josephine County court and was sentenced to 12 years for criminal assault/rape.