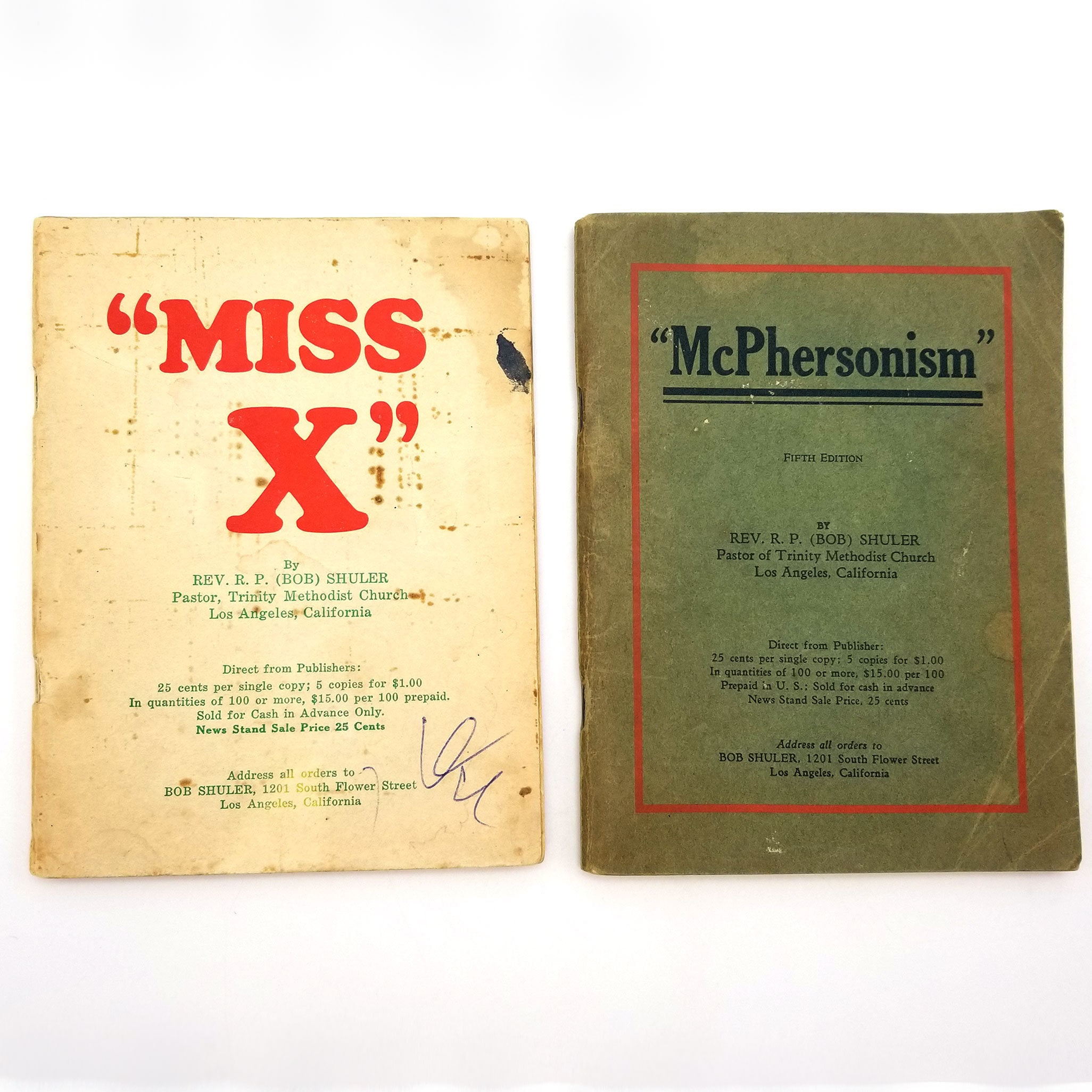 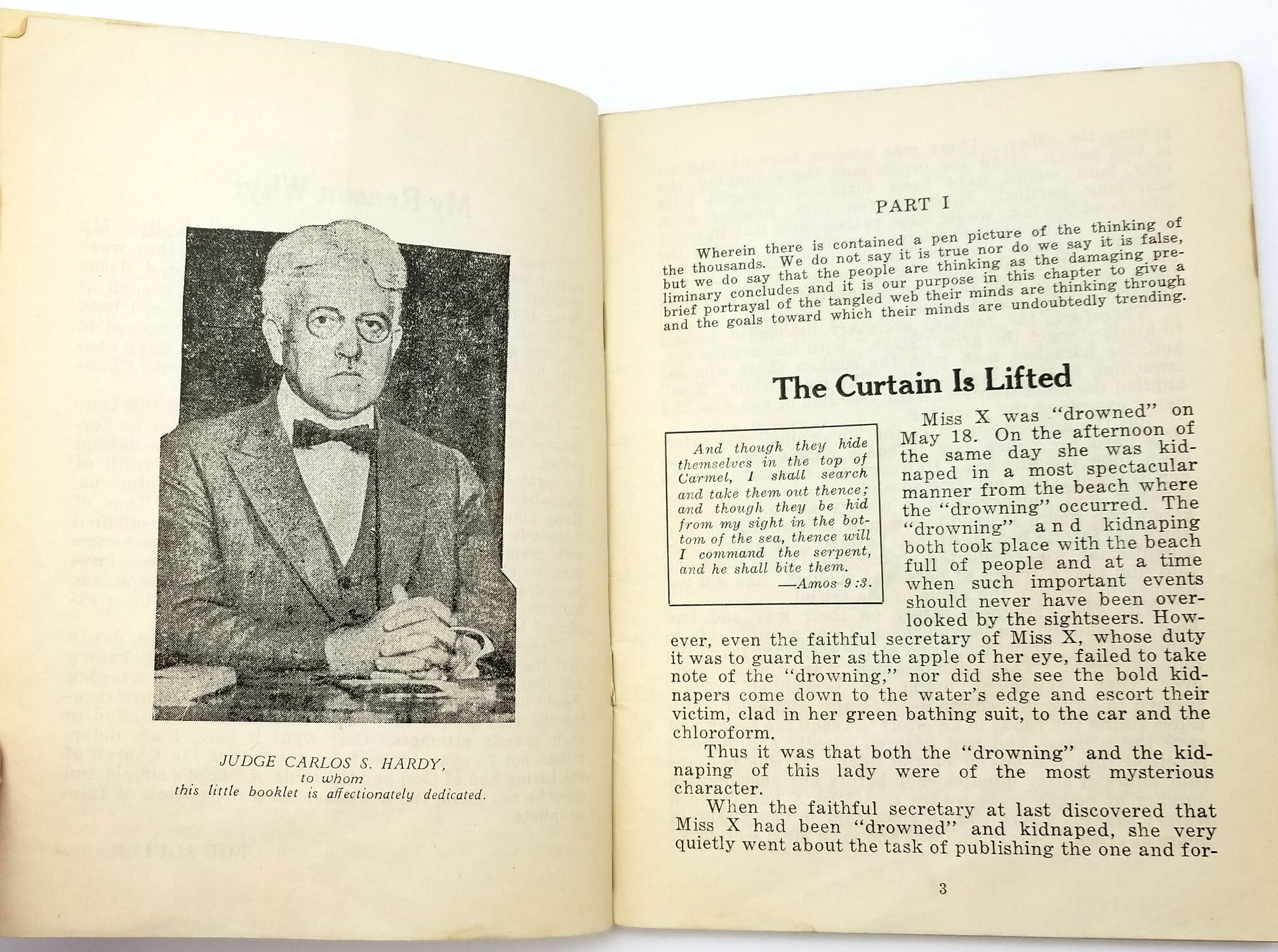 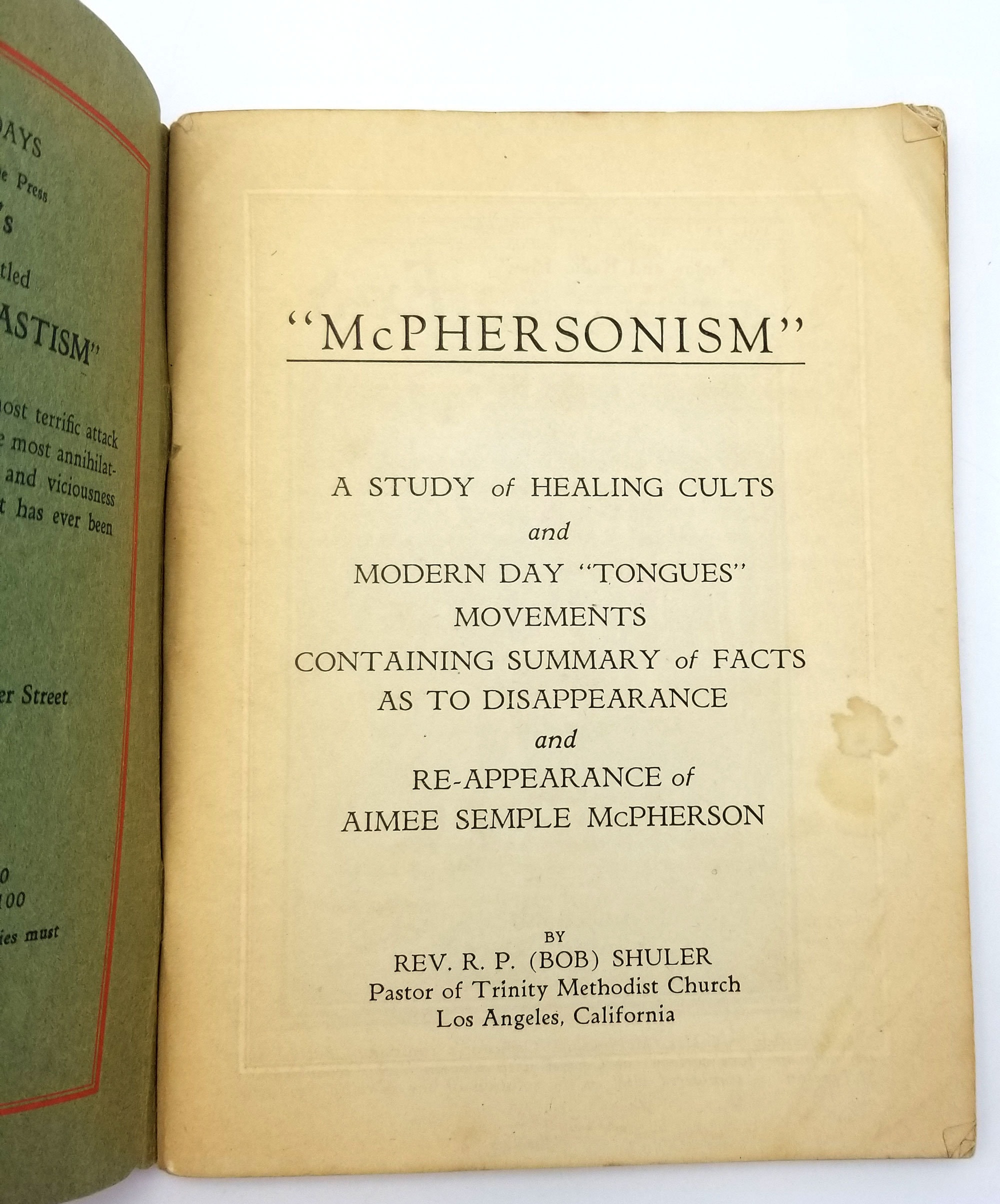 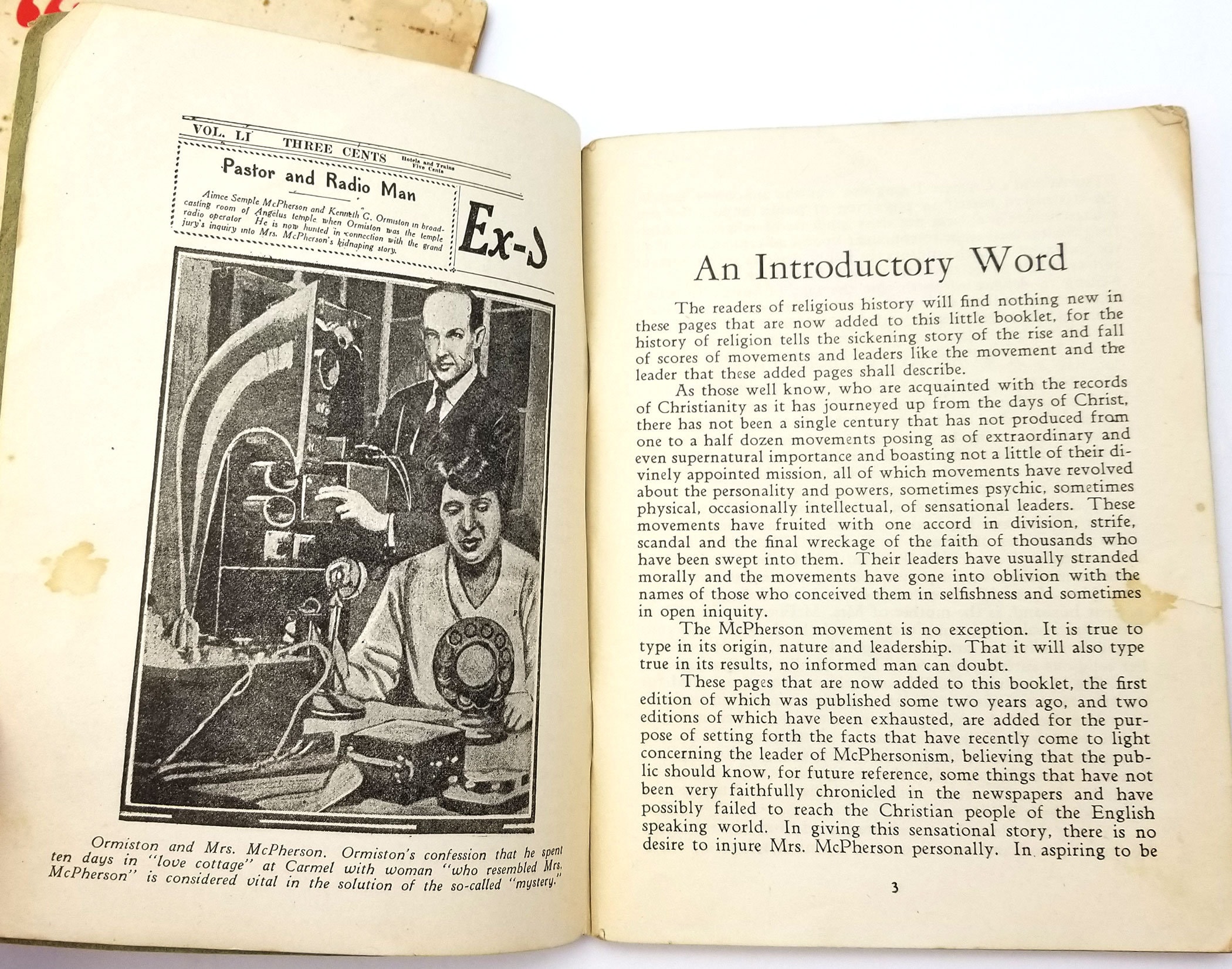 Title: Miss X [and] McPhersonism: A Study of Healing Cults and Modern Day "Tongues" Movements containing Summary of Facts as to Disappearance and Re-appearance of Aimee Semple McPherson (two volumes)

Description: Two volumes. No date on either volume, but each appears to have been published circa 1927. In each, the Rev. Fightin' Bob Shuler is attacking the popular Pentecostal evangelist and Foursquare Church founder Aimee Semple McPherson. They both happened to be evangelists working in Los Angeles during the 1920's. Each volume is staple bound in card wraps and is 6.75 x 5 inches.

McPhersonism. Fifth edition. Some creasing and general wear to covers. Some spots of soiling. One page has a couple lines underlined in red pencil. 23 illustrations (including McPherson in her bathing suit). 128 pp. Fifty pages of the story of the disappearance and reappearance of the "Prophetess." and four addresses exposing her faith destroying, false teachings. Miss X. First edition. Covers soiled. Six pages show some underlining in red pencil. Five illustrations. 96 pp. An expose of McPherson's kidnapping/drowning, her reappearance, and the ensuing investigations and court cases.

Robert Pierce Shuler, Sr. (1880-1965) was a controversial American fundamentalist evangelist. Between 1926 and 1931 he operated a radio station, KGEF, from the Trinity Methodist Church in downtown Los Angles where he was pastor. He was known for attacking politicians, corruption and vice, as well as communism, materialism, evolution, and the New Deal. In 1932 he ran for U.S. Senate as the Prohibition Party's candidate and in 1942 ran fro U.S. House of Representatives (California's 12th Congressional District) as both the Prohibition and Republican Party's candidate. He lost both races. He retired in 1953.

Publisher: [published by the author]
Place: Los Angeles, California
Year: No date on either volume, but each appears to have been published circa 1927.