The Lucky Bag: The Annual of the Regiment of Midshipmen, United States Naval Academy 1918 Yearbook Annapolis, Maryland World War I 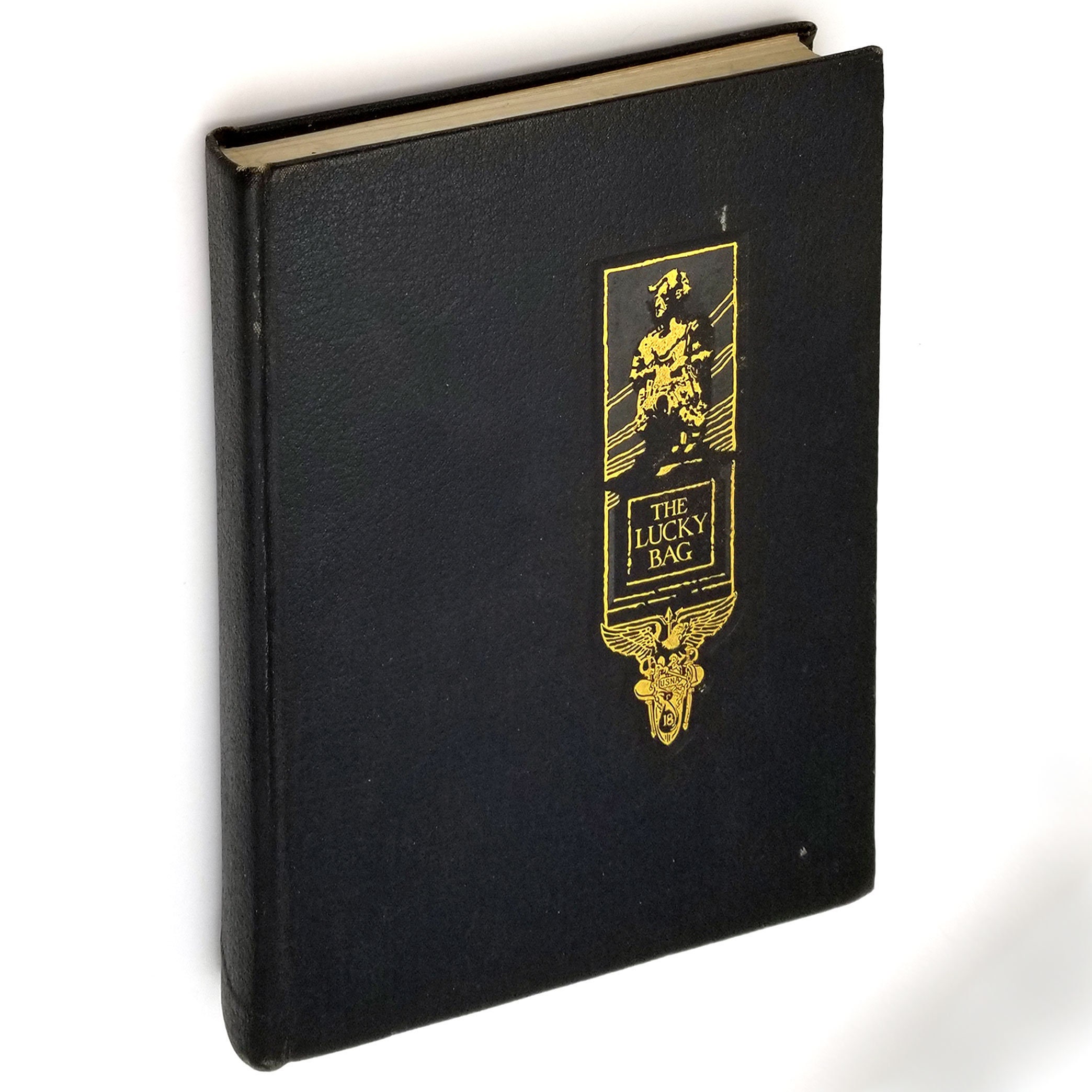 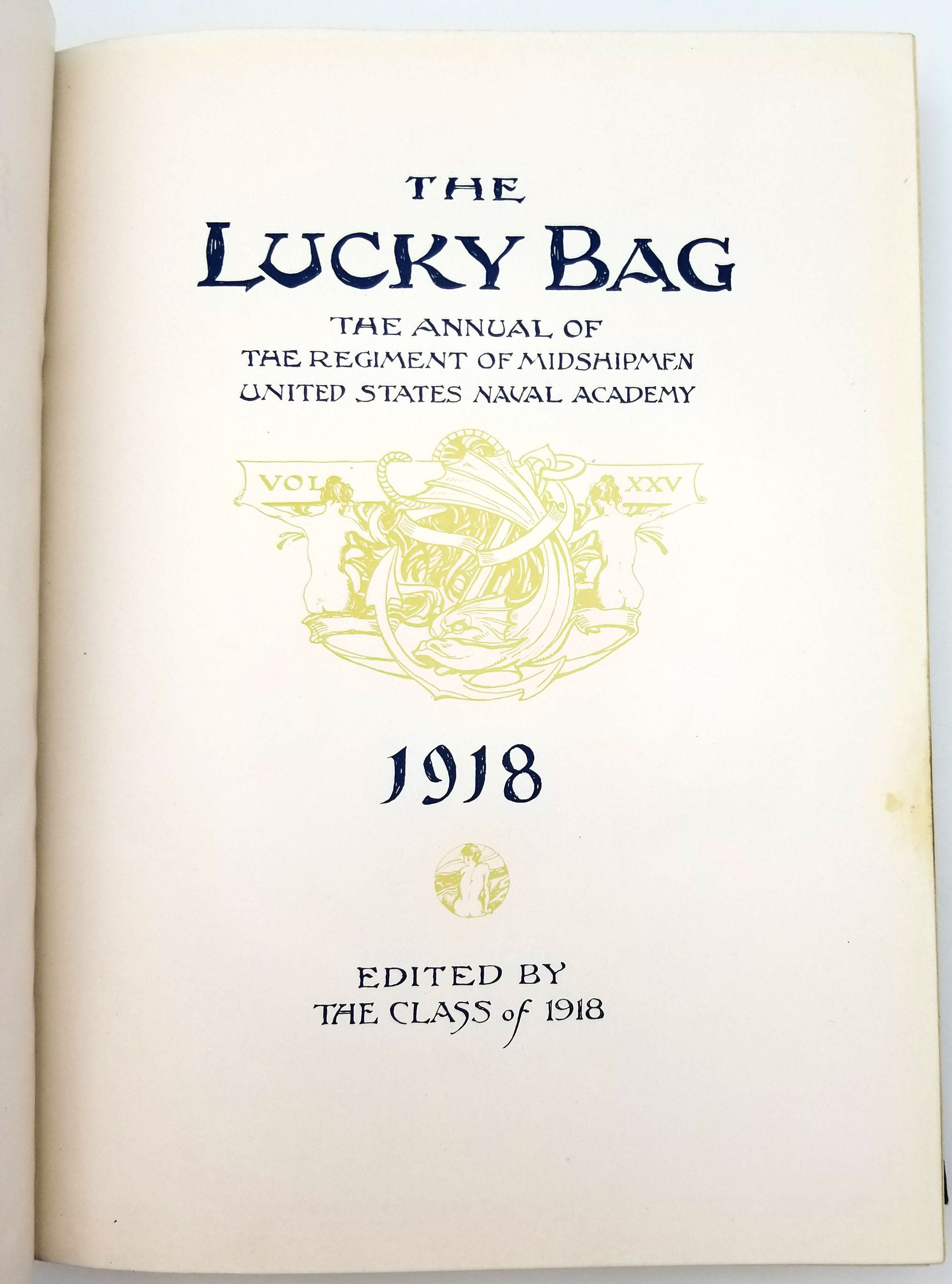 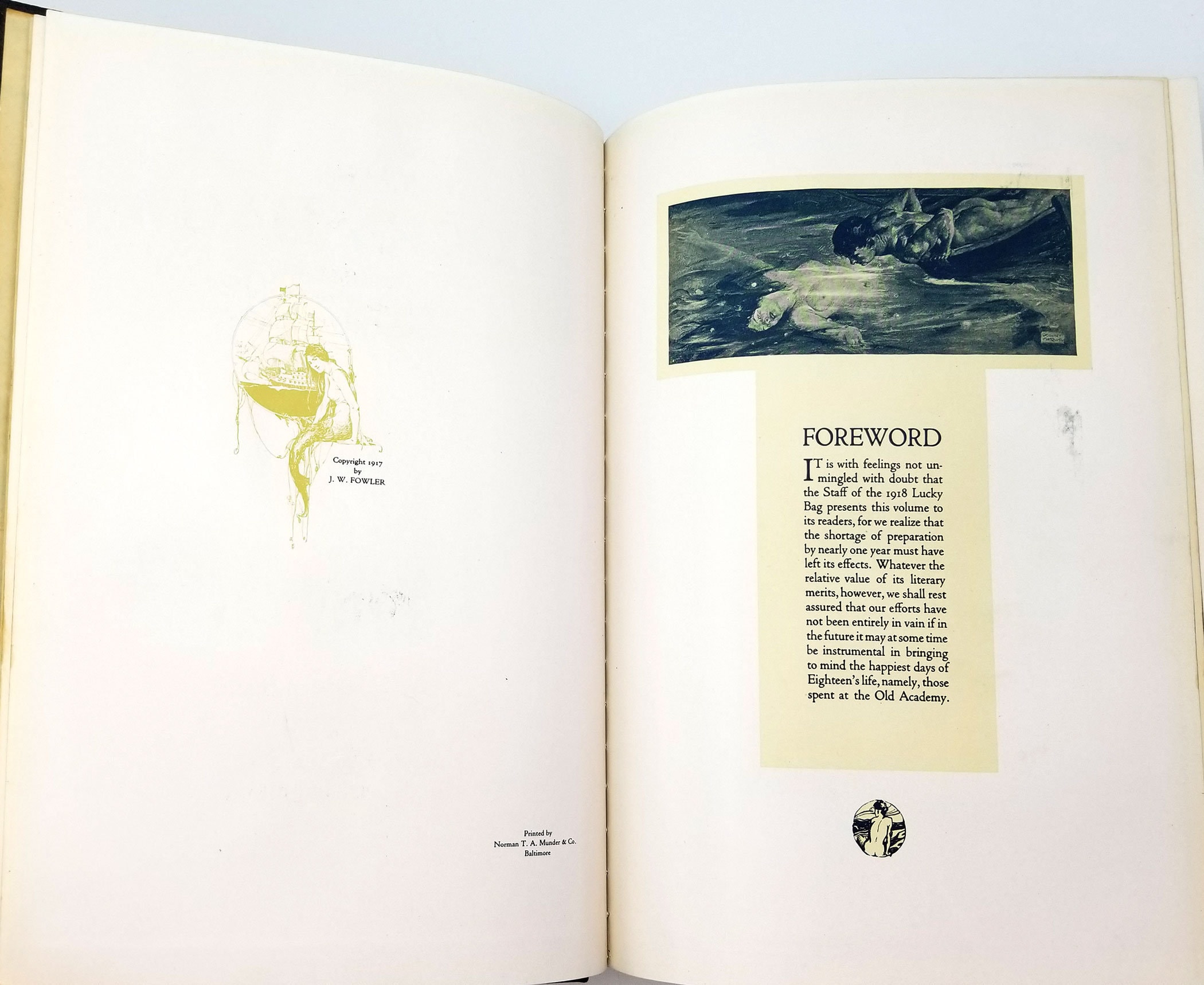 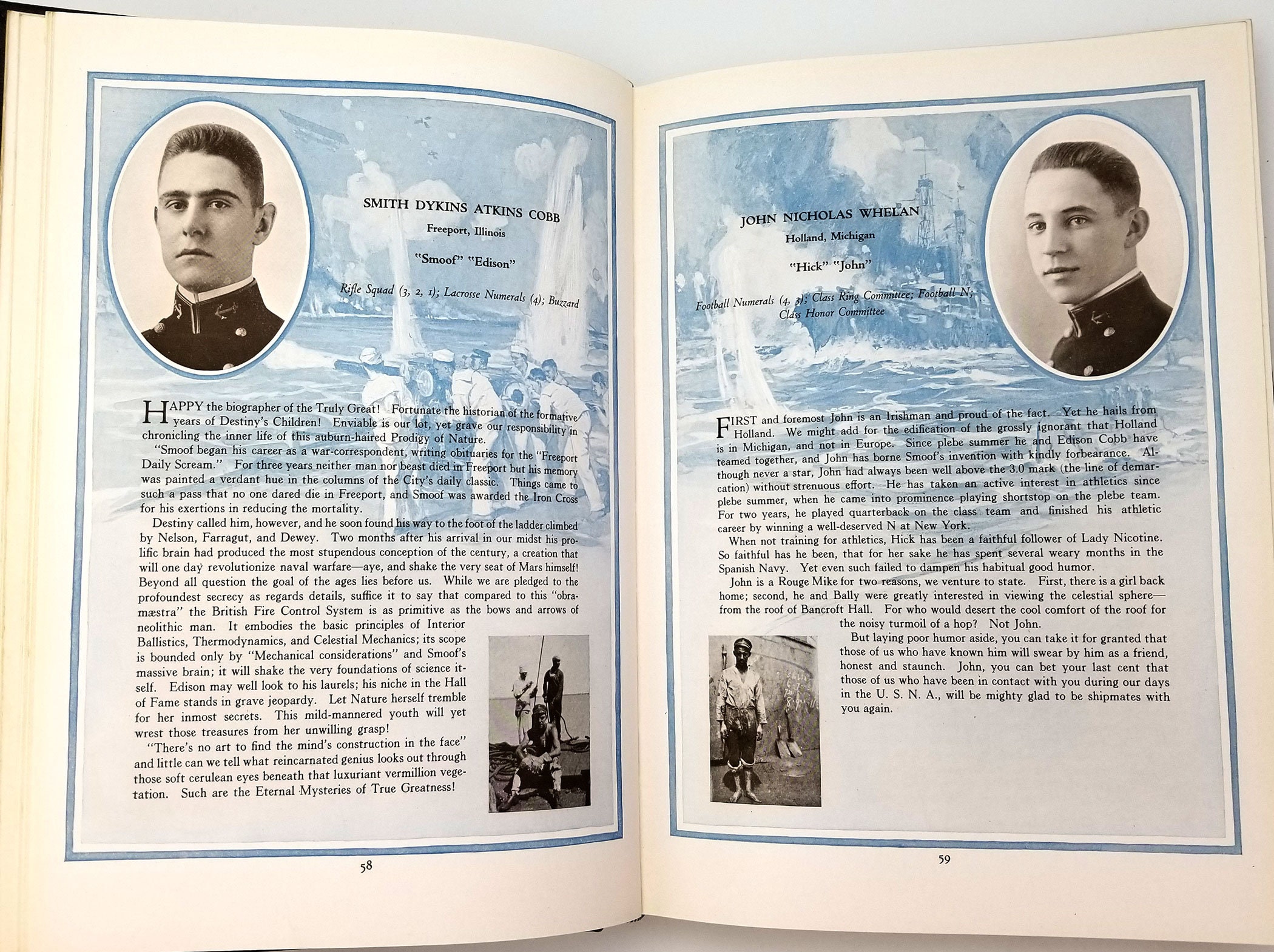 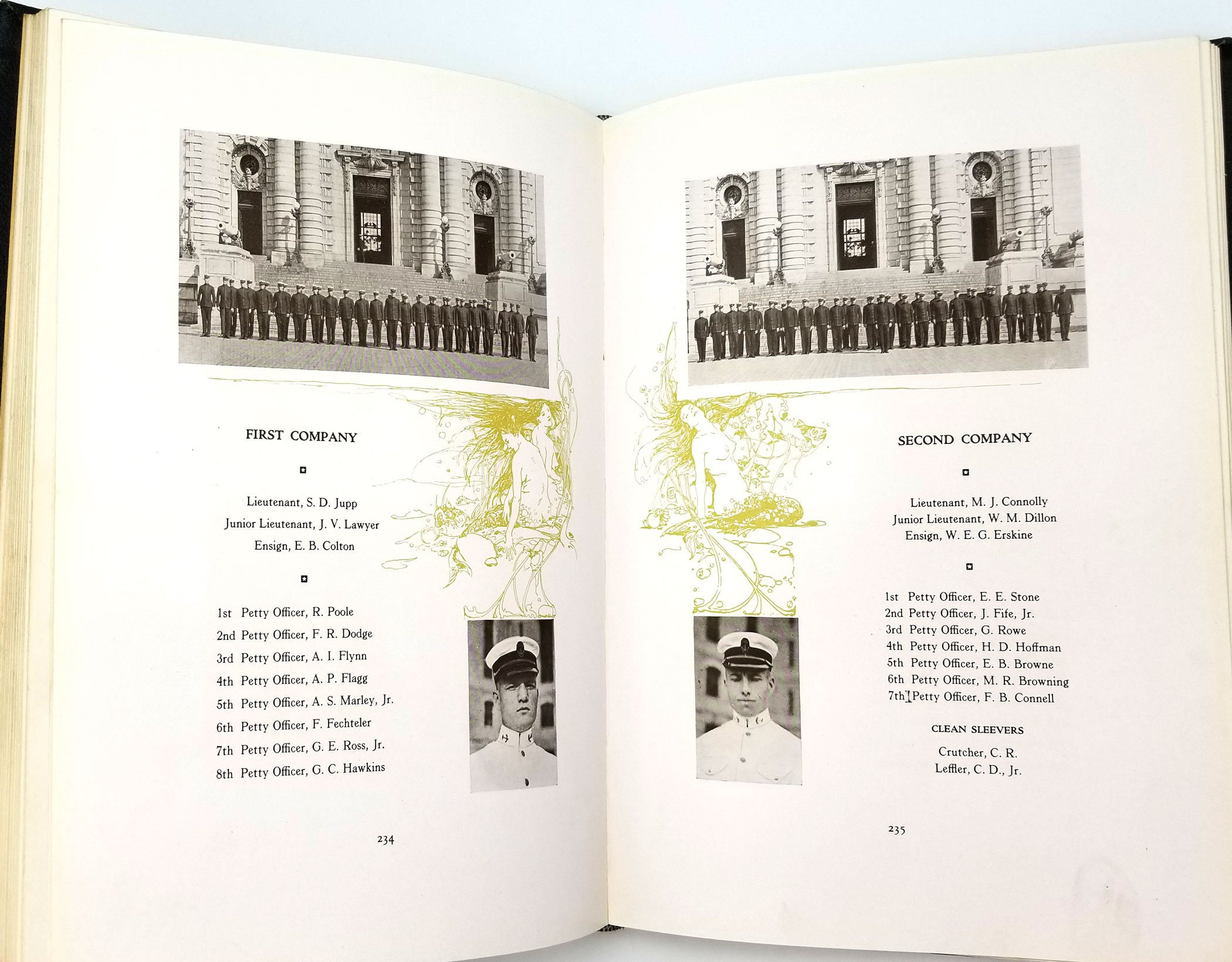 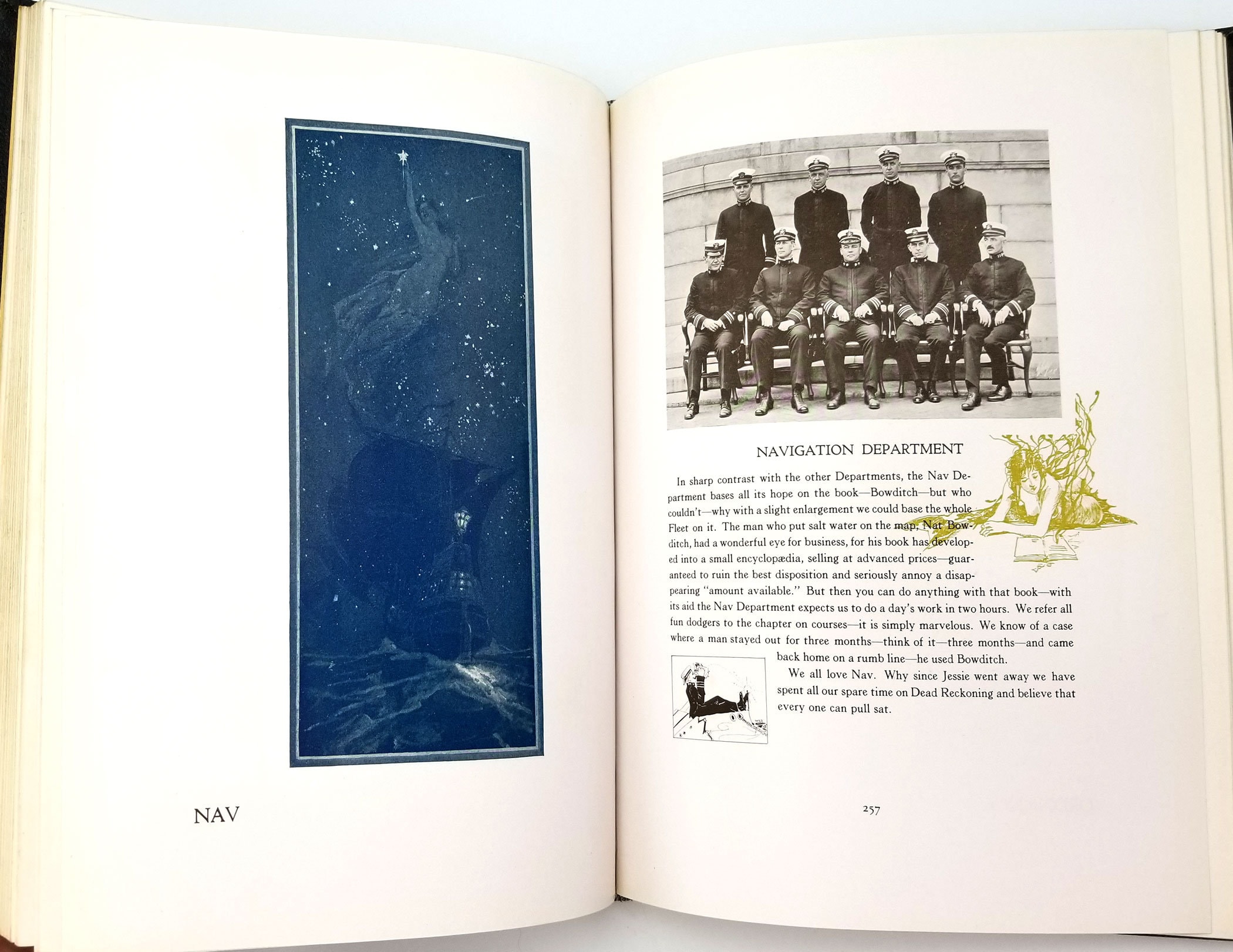 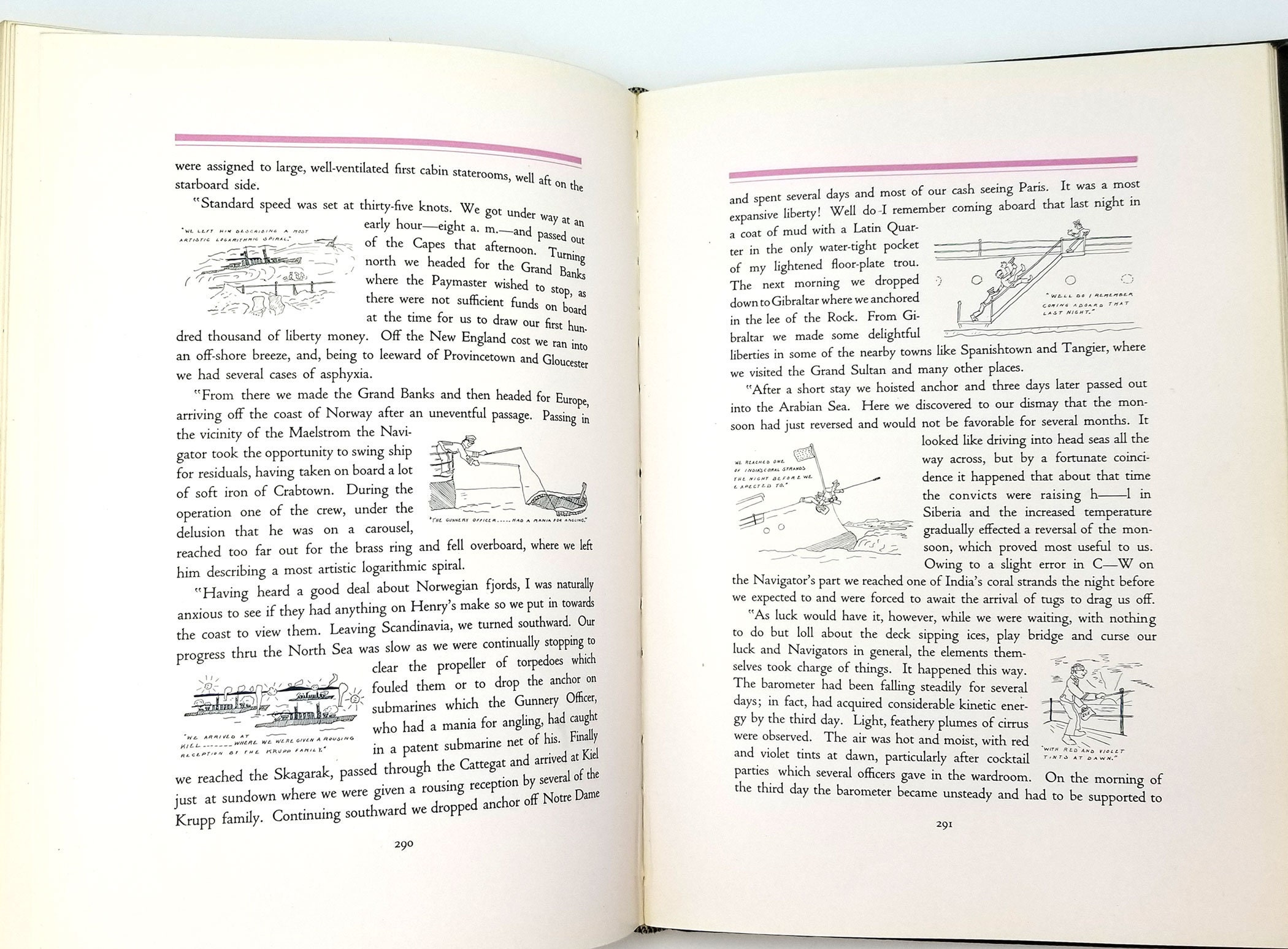 Title: The Lucky Bag: The Annual of the Regiment of Midshipmen, United States Naval Academy 1918 Yearbook

Description: Class of 1918 (but published in 1917). Black boards with gilt design on front. Boards rubbed; corners pushed. A few spots of soiling to the fore-edge margin of the first three pages and the infrequent minor spot of soiling elsewhere. Generally clean. 412 pp. 11 x 8.5 inches.

Each graduate of the academy is given their own page featuring two photos (a portrait and a candid or casual image), a write up on their personal character usually with a humorous spin on their role in the cast of classmates, and listing their hometown, nickname(s), accomplishments, and affiliations.

Includes lists the members of the Classes of 1919 and 1920 and indicating their hometown; group photos for the First through Sixteenth Companies, listing the officers and petty officers; illustrated portraits of high level academy staff and group portraits for the various faculty divisions (Naval Construction, Mathematics, Electrical Engineering, etc.). Sports teams are covered (no individual names); global map showing the routes, with brief descriptions, of the training cruises, including early traverses of the Panama Canal; a list of those Lost in Action, and more.