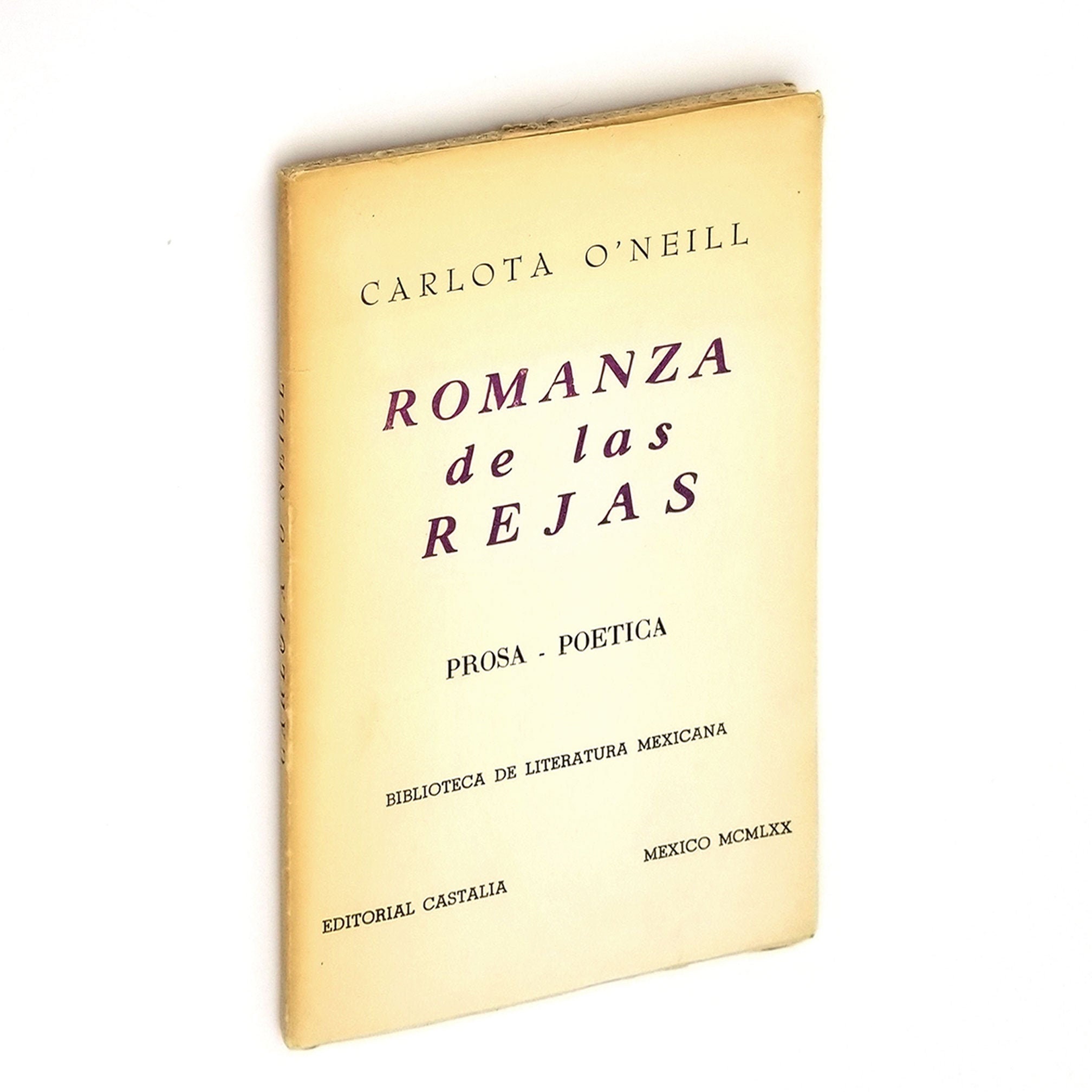 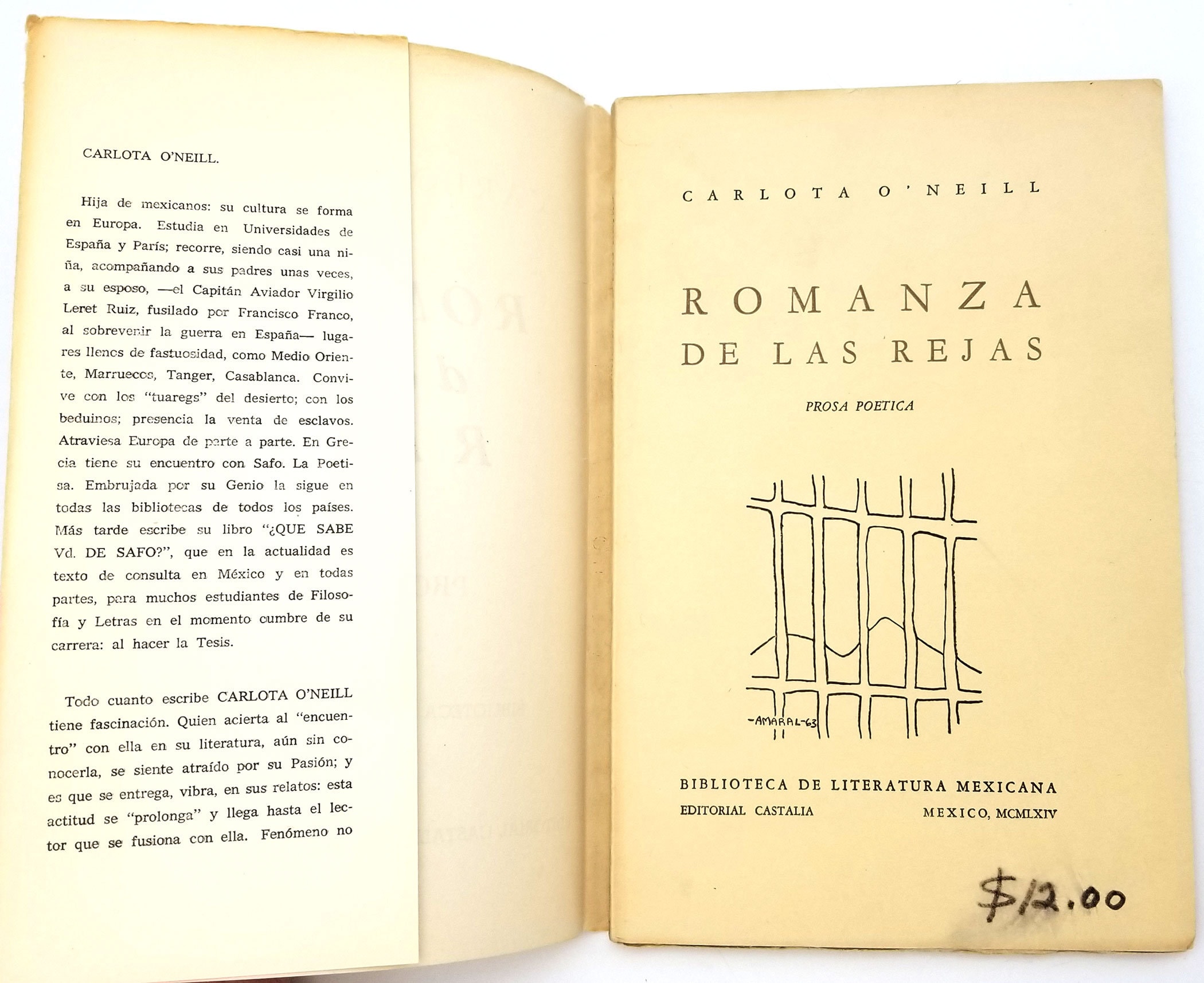 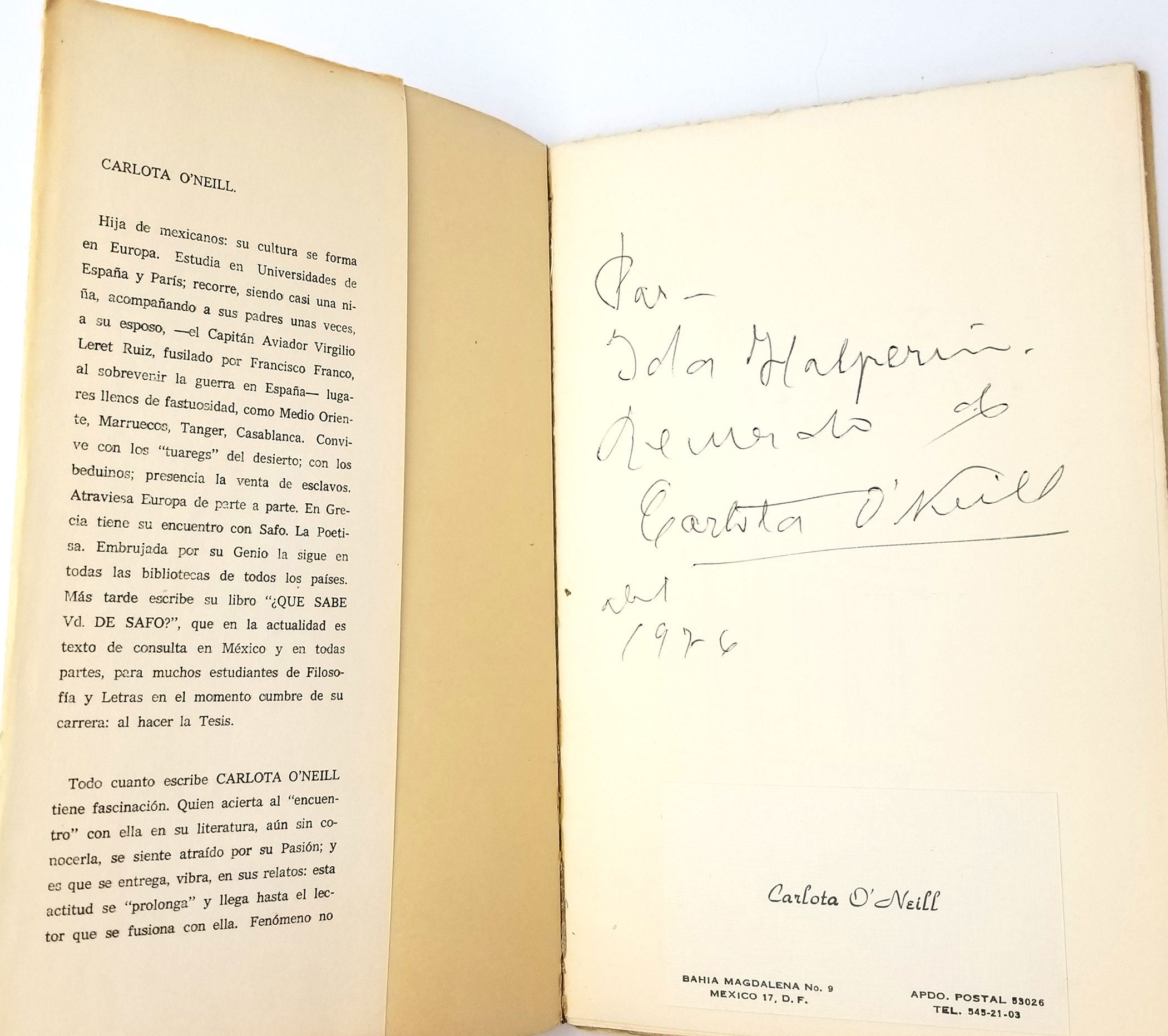 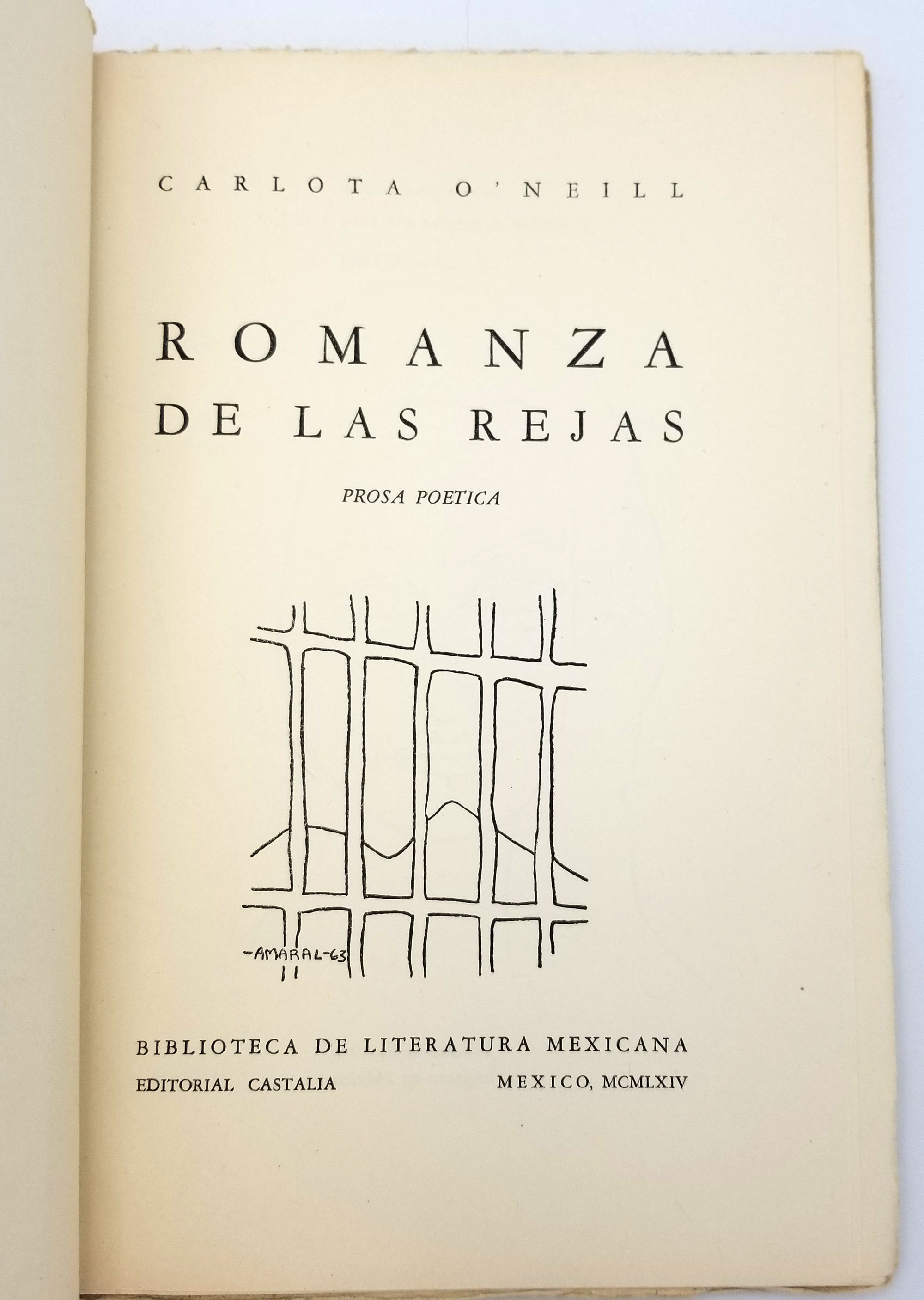 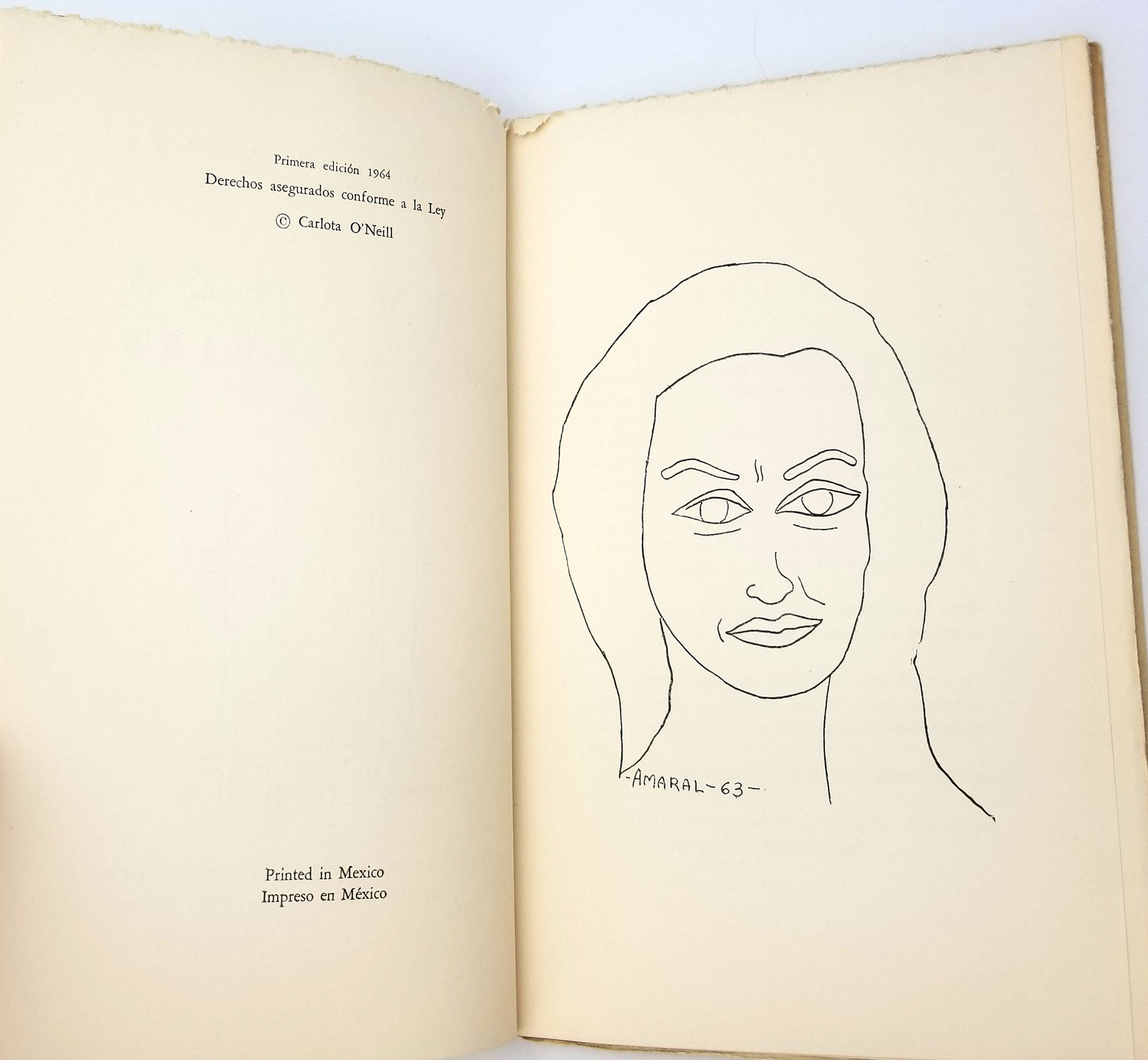 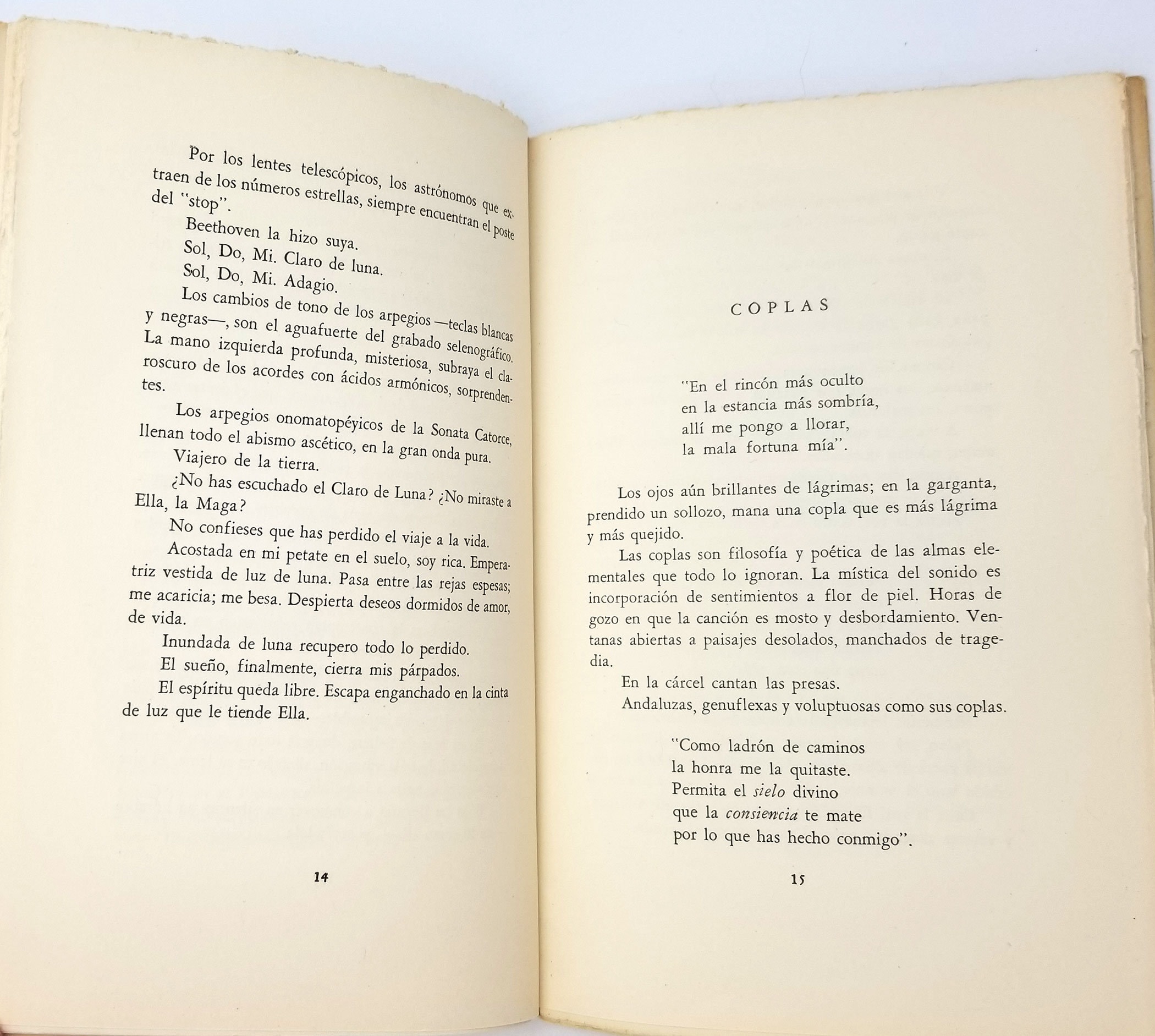 Inscribed by Carlota O'Neill in 1976 (with O'Neill's business card affixed) to Ida Halperin, a translator and a foreign language instructor at the University of California who had immigrated to the United States from Argentina in 1957.

Carlota O'Neill y de Lamo (1905-2000) was a Spanish-Mexican writer and journalist. She was born in Madrid to a Spanish writer and musician; her father was a Mexican diplomat. In 1936 her husband, Captain Virgilio Leret, was executed after opposing the military uprising in Melilla which led to the Civil War. Carlota was then separated from her young daughters and imprisoned for three years and nine months at the Victoria Grande prison in Melilla.