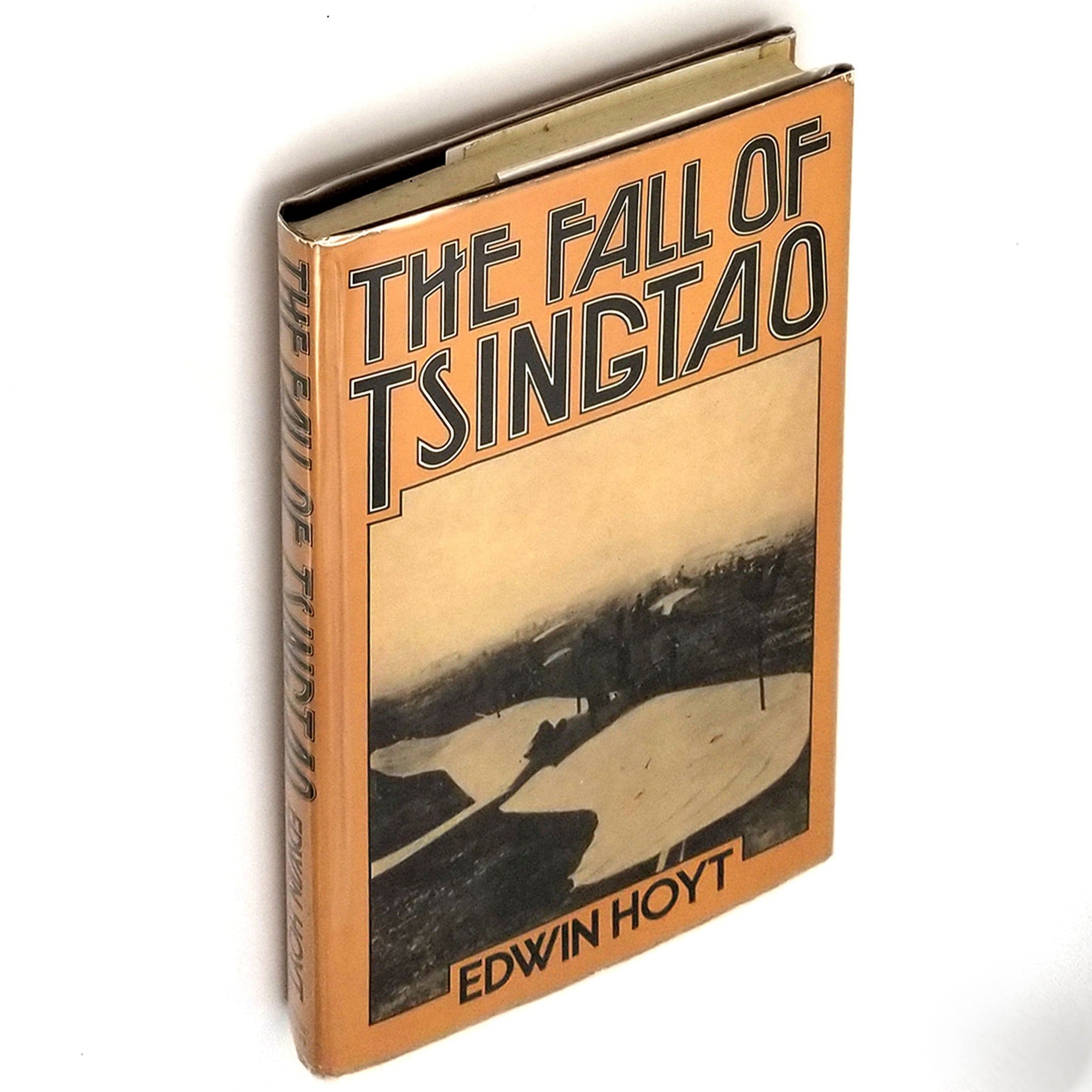 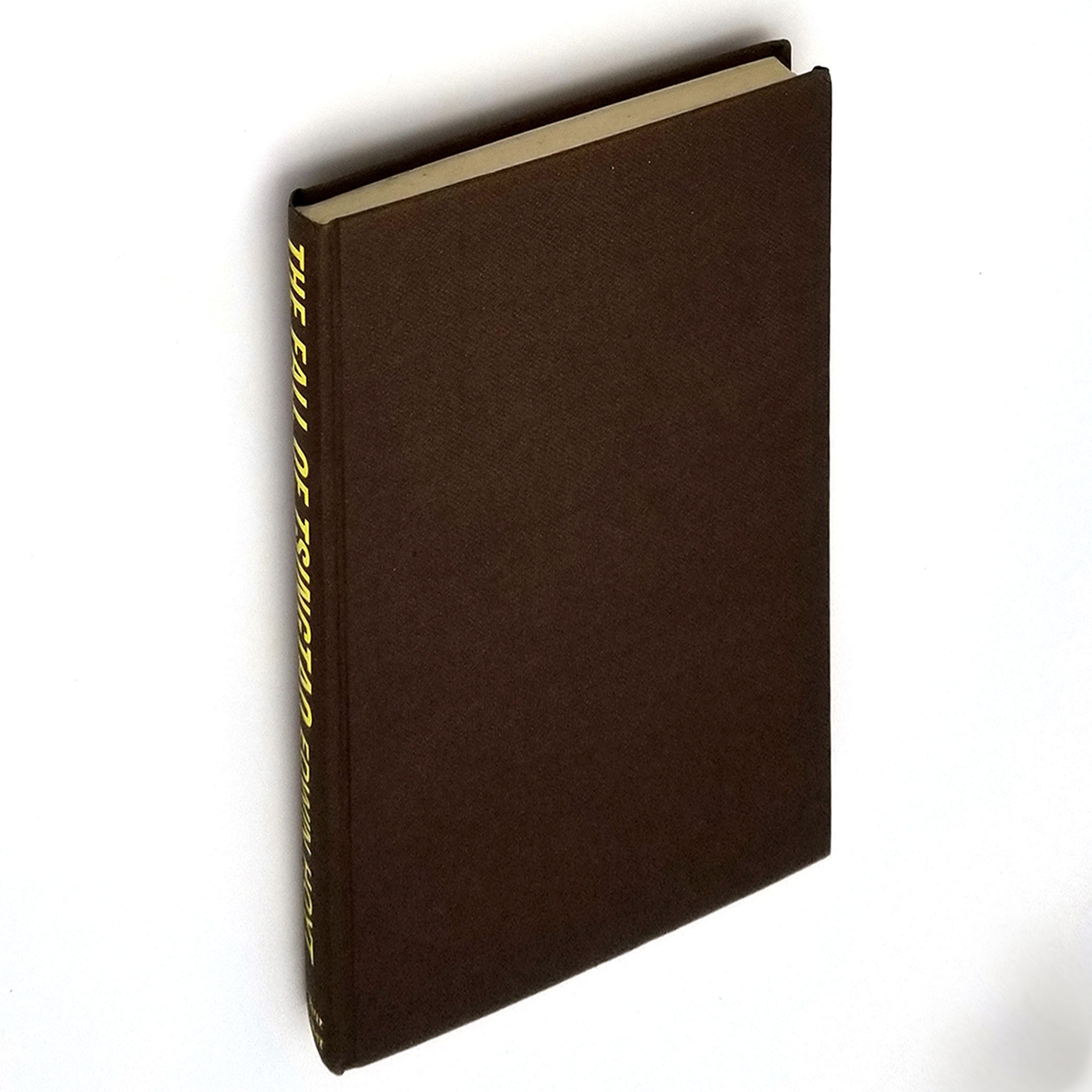 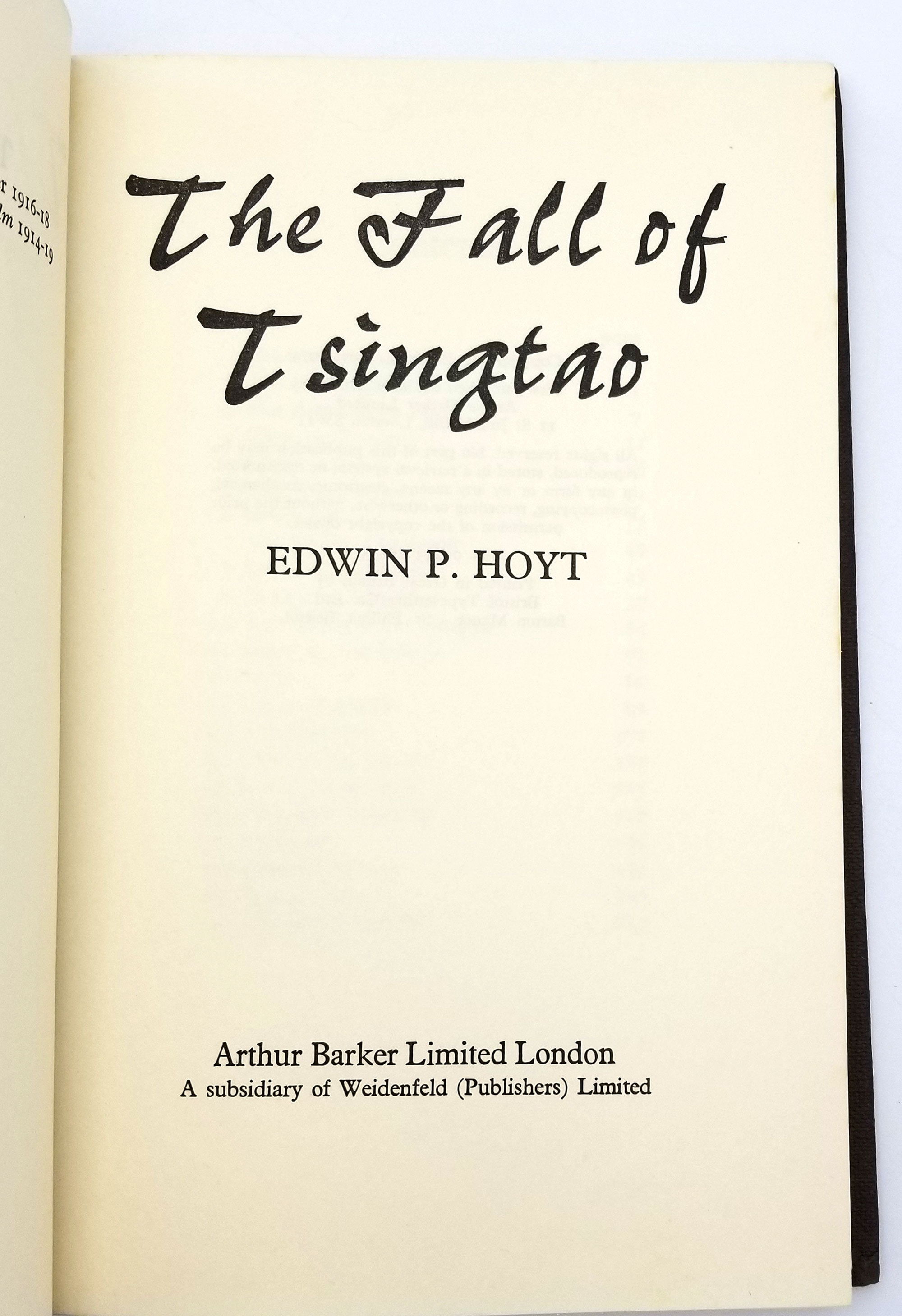 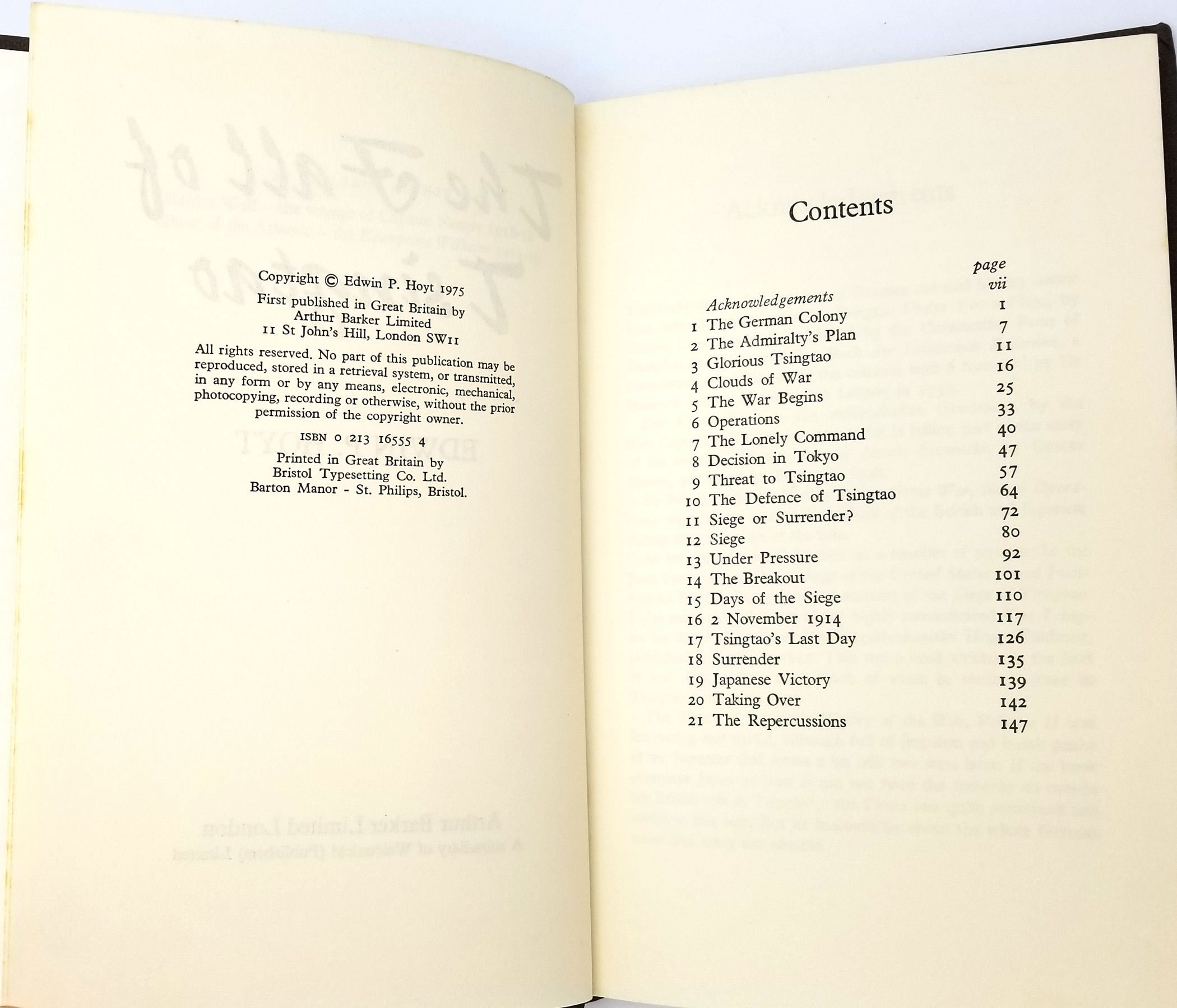 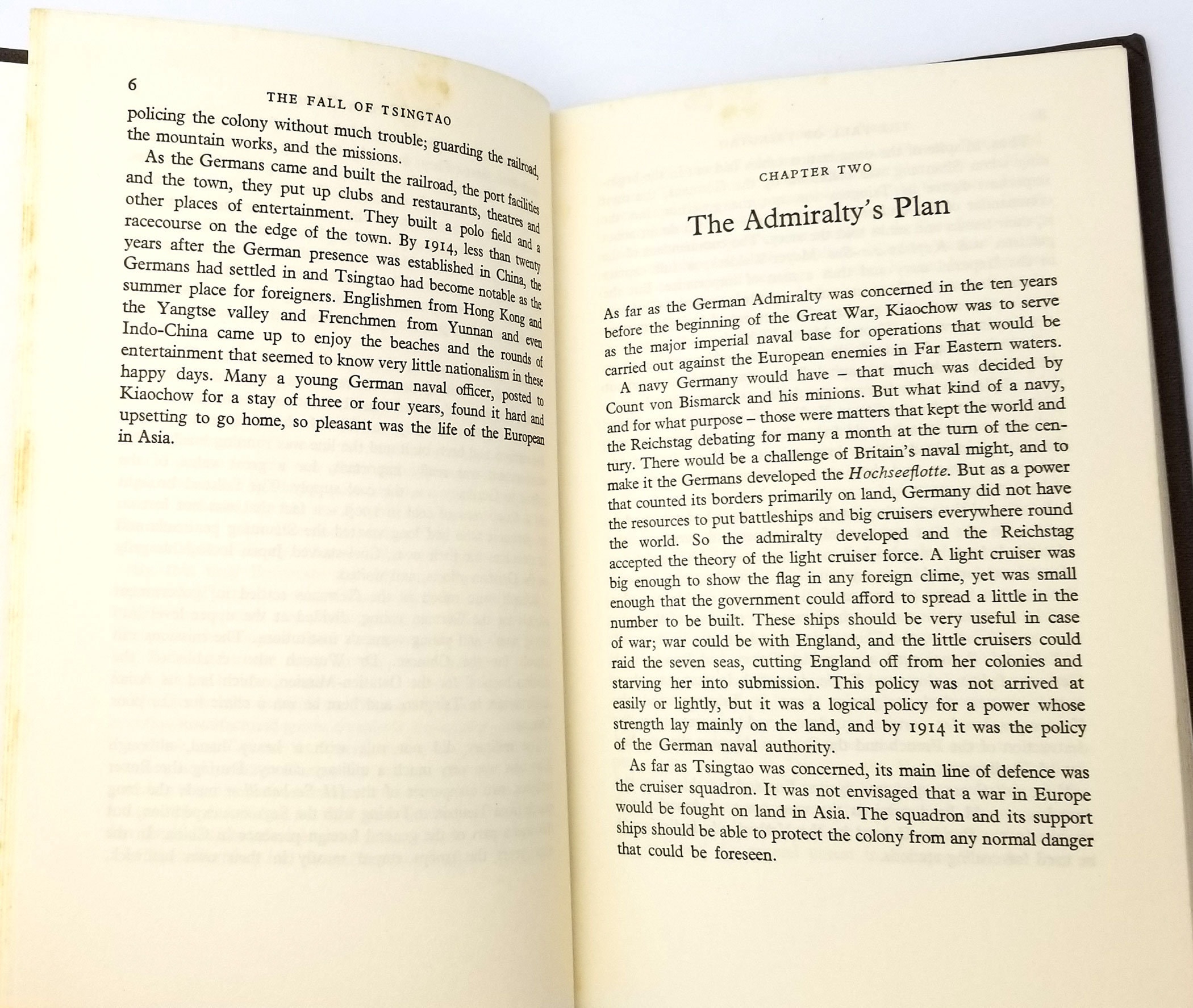 Title: The Fall of Tsingtao

History of the 1914 Siege of Tsingtao, the capital and principle port of the German colony of Kiaochow, located on the coast of China's Yellow Sea. The siege was the first encounter between Japanese and German forces, the first Anglo-Japanese operation of the war, and the only major land battle in the Asian and Pacific theatre during World War I.

Edwin Palmer Hoyt (1923-2005) was an American historian and journalist. During the Second World War he was in the US Army Air Corps and then with the US Office of War Information in Assam, Burma, and China; after the war he worked as a foreign correspondent for United Press and the Denver Post, assigned to various locations in Asia and North Africa.