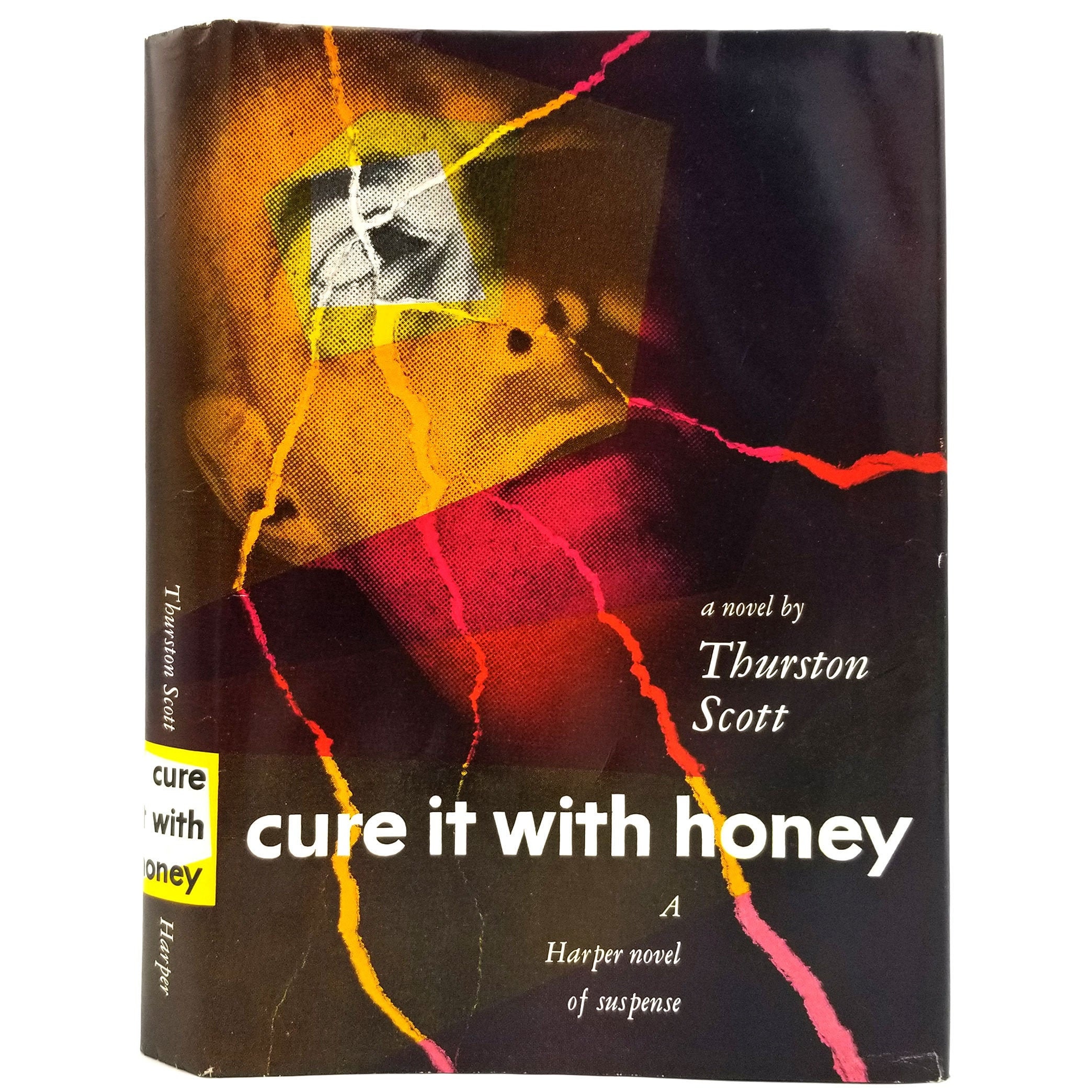 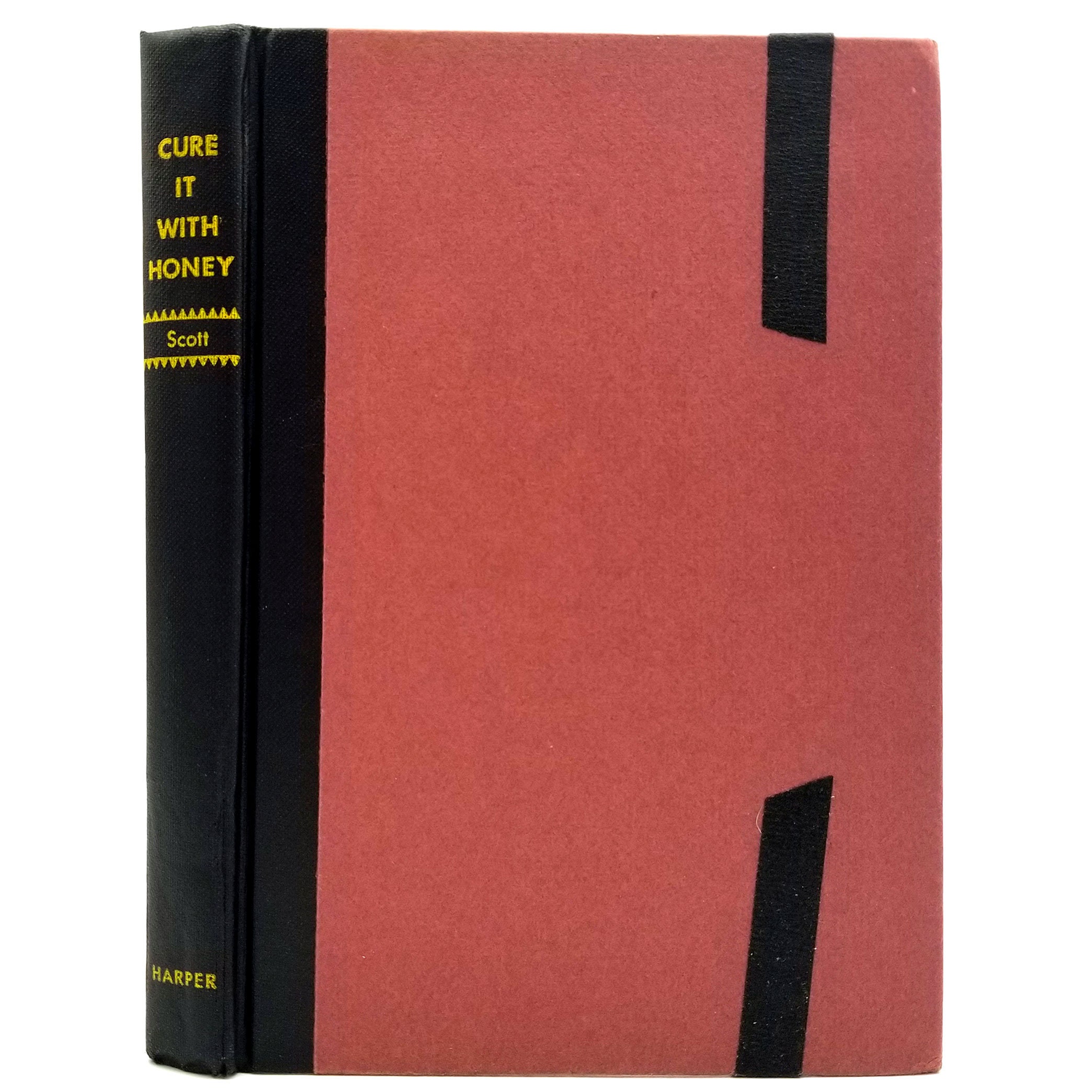 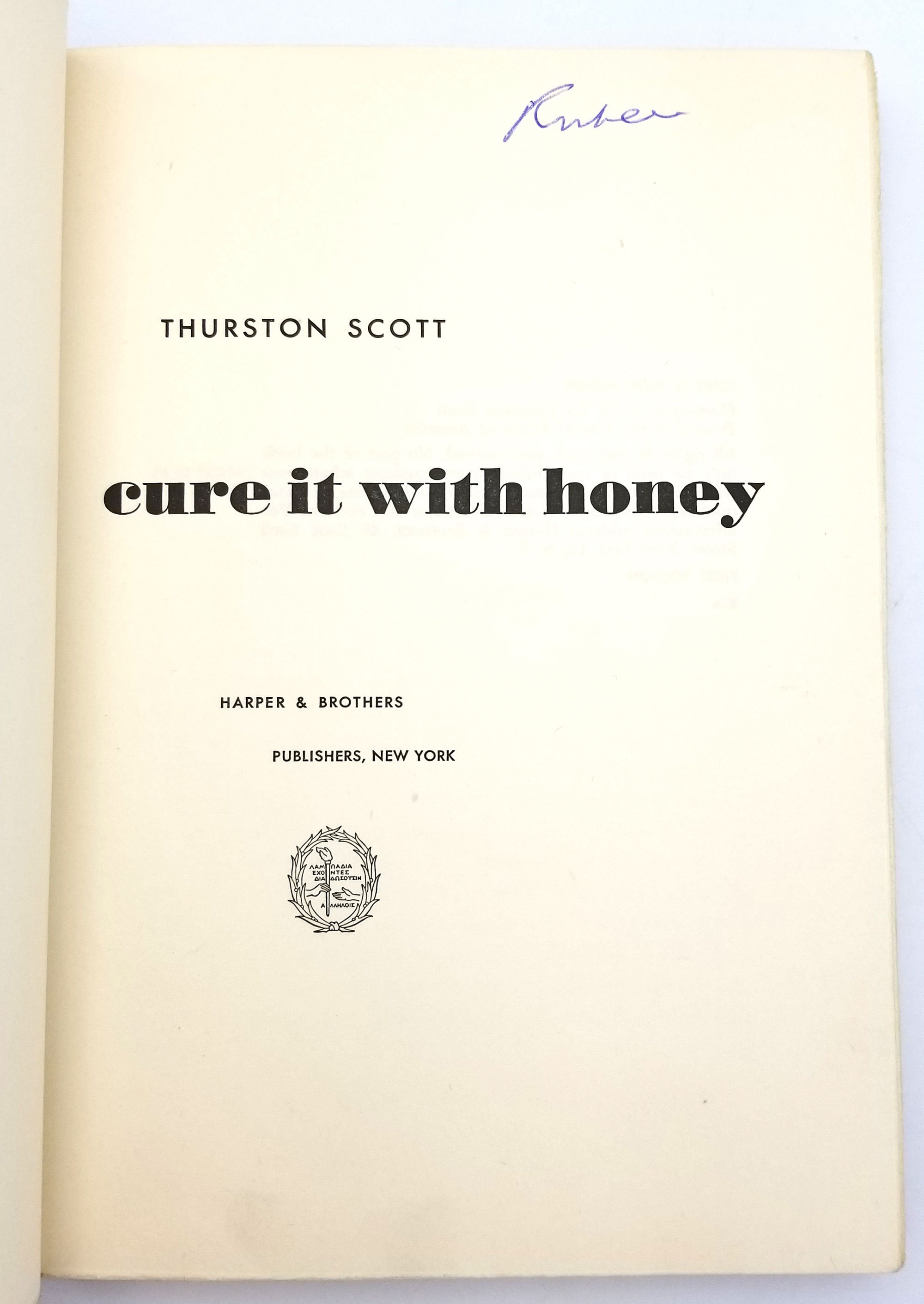 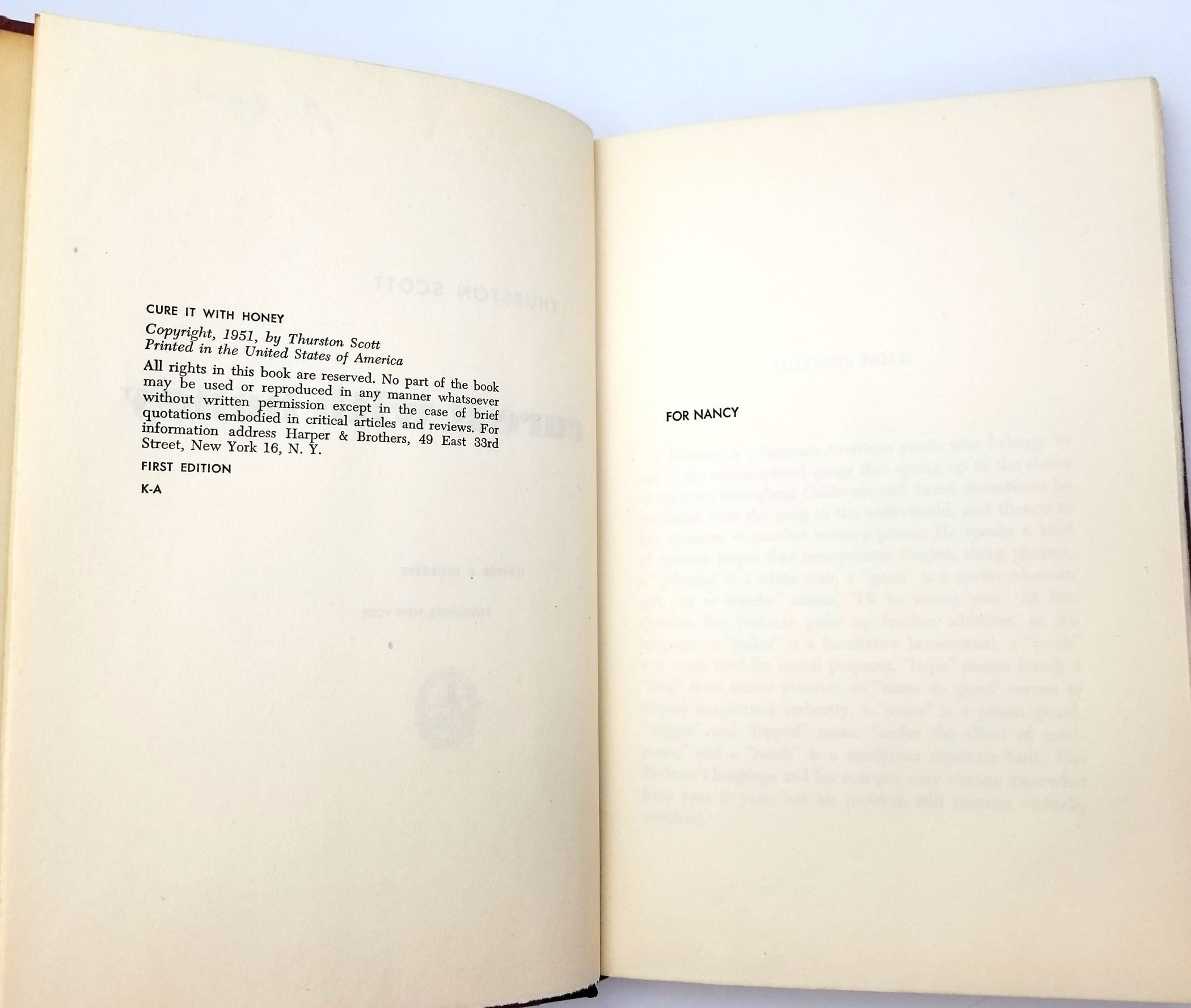 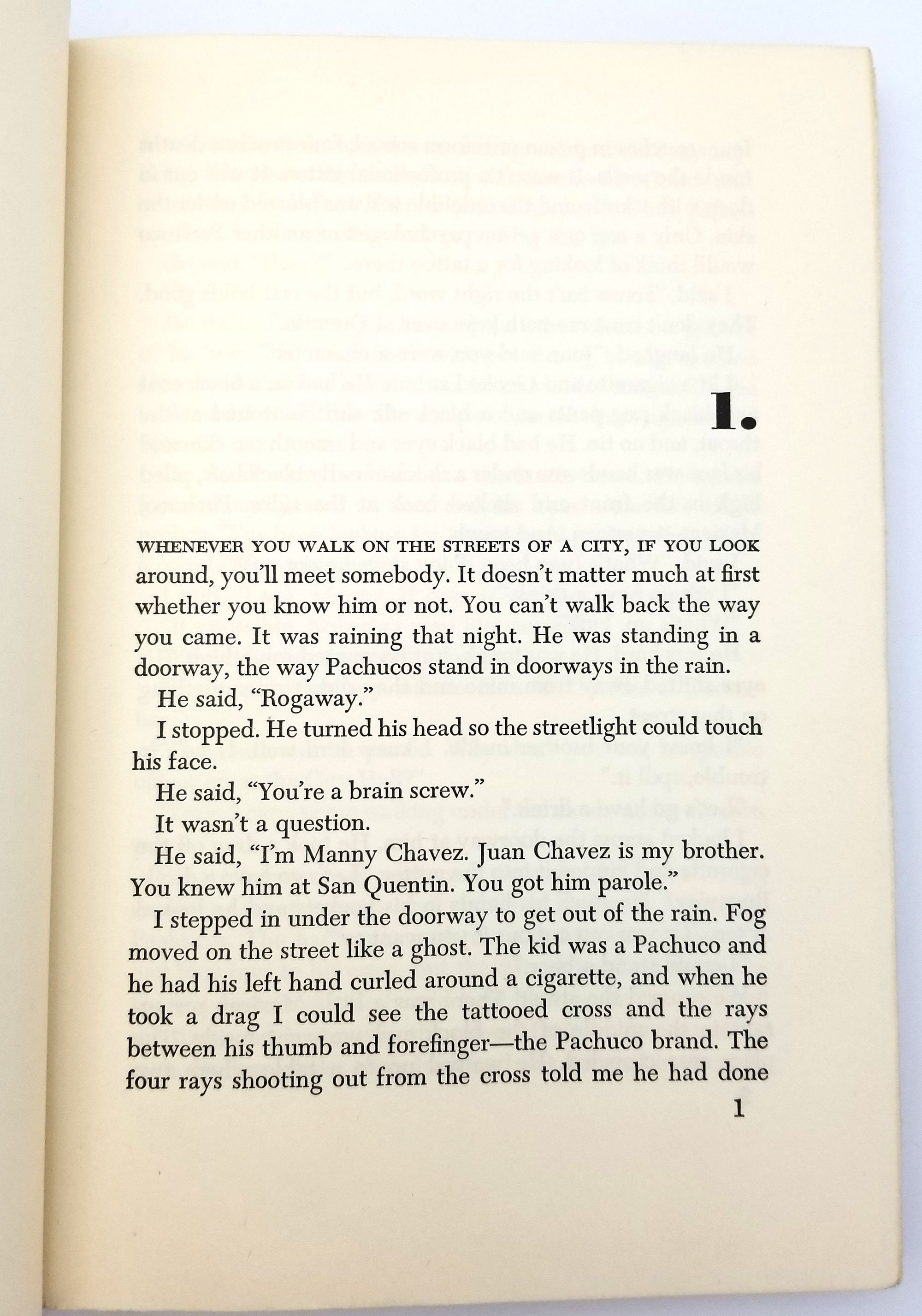 Title: Cure It with Honey

Cure It with Honey won the 1952 Edgar Allan Poe Award for Best First Novel. It was co-written by George Leite and Jody Scott and published under the pseudonym Thurston Scott. Featuring a psychologist at San Quentin Prison, it is a forceful novel about convicts and ex-convicts and about the Pachucos, young Mexican-Americans, forming their own gangs and living by their own credo. Described as a noir drug thriller.

George Thurston Leite (1920-1985) was an American author, publisher, and San Francisco bookstore and gallery owner. In 1945 He opened his Telegraph Avenue bookstore and art gallery, daliel's, where he also published Circle Magazine and Circle Editions (including work by Henry Miller and Kenneth Rexroth). Jody Scott (1927-2007) helped run daliel's and Circle Magazine with George and Nancy Leite; both endeavors were influential to the Beat movement. She was the author of a satirical, feminist sci-fi series, the Benaroya Chronicles, in the 1980s. She was a longtime resident of Seattle.