Health Resorts of the USSR Hardcover ca. 1940 by I. A. Pertsov - Soviet Union - Balneology - Spas - Sanatoriums 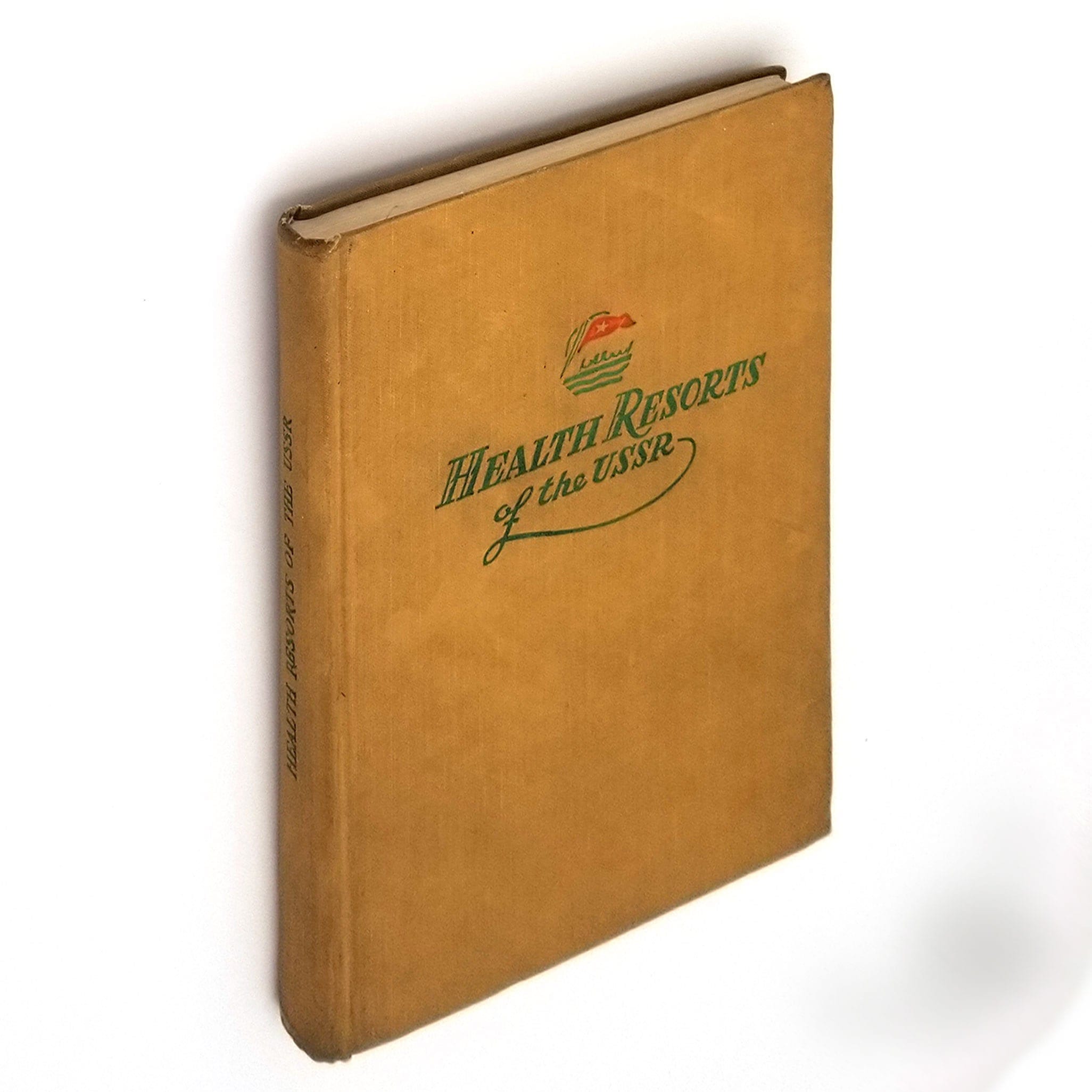 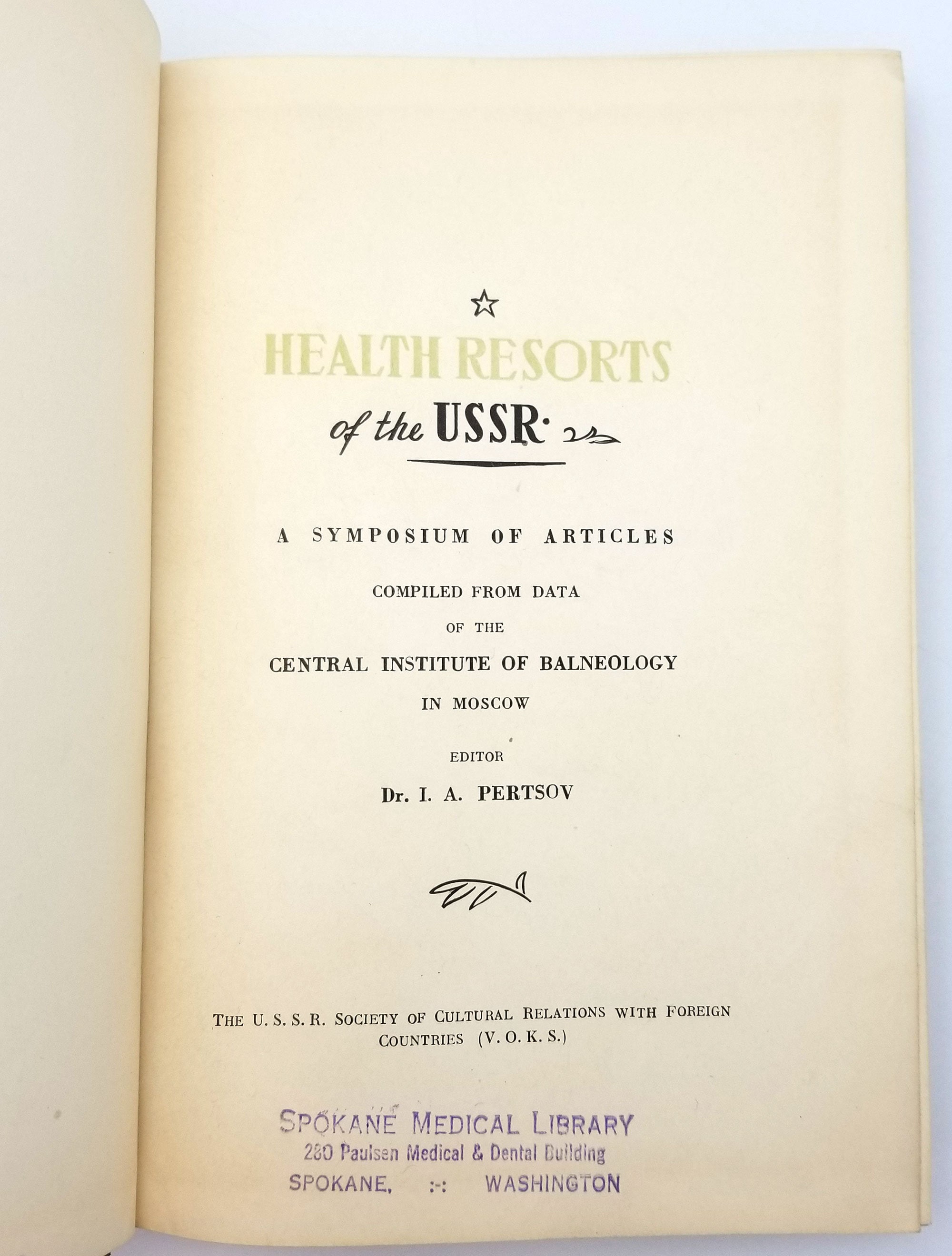 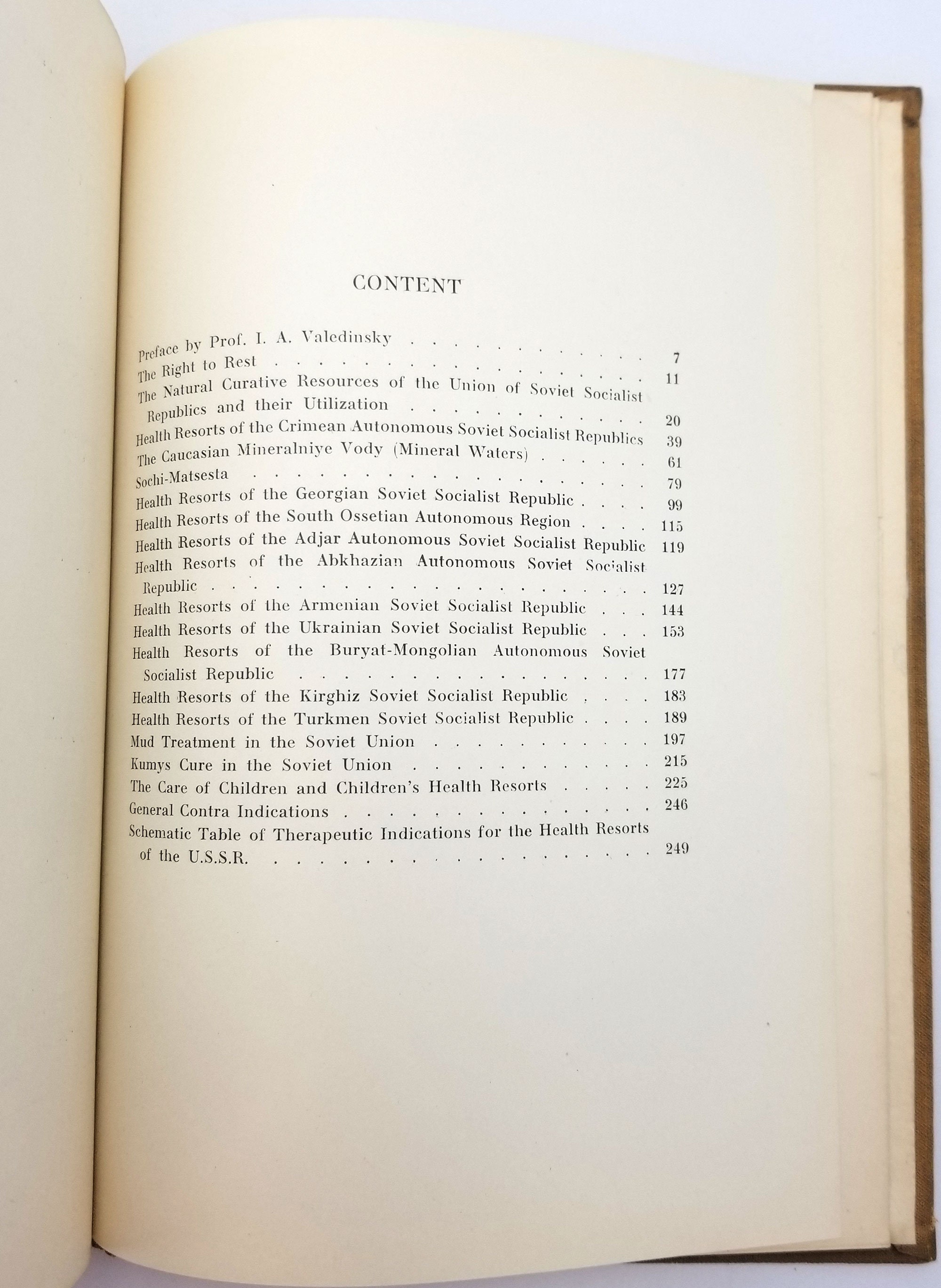 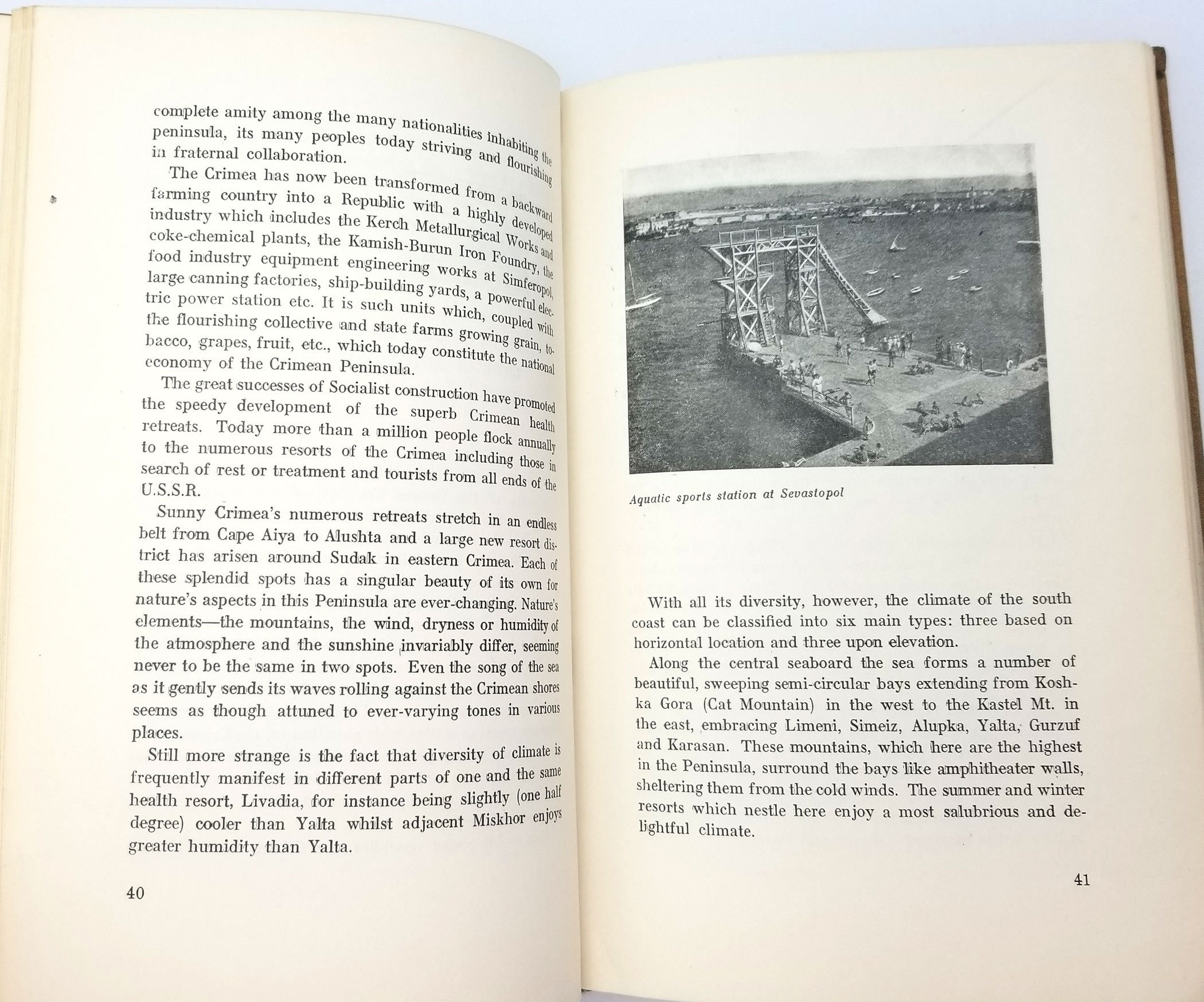 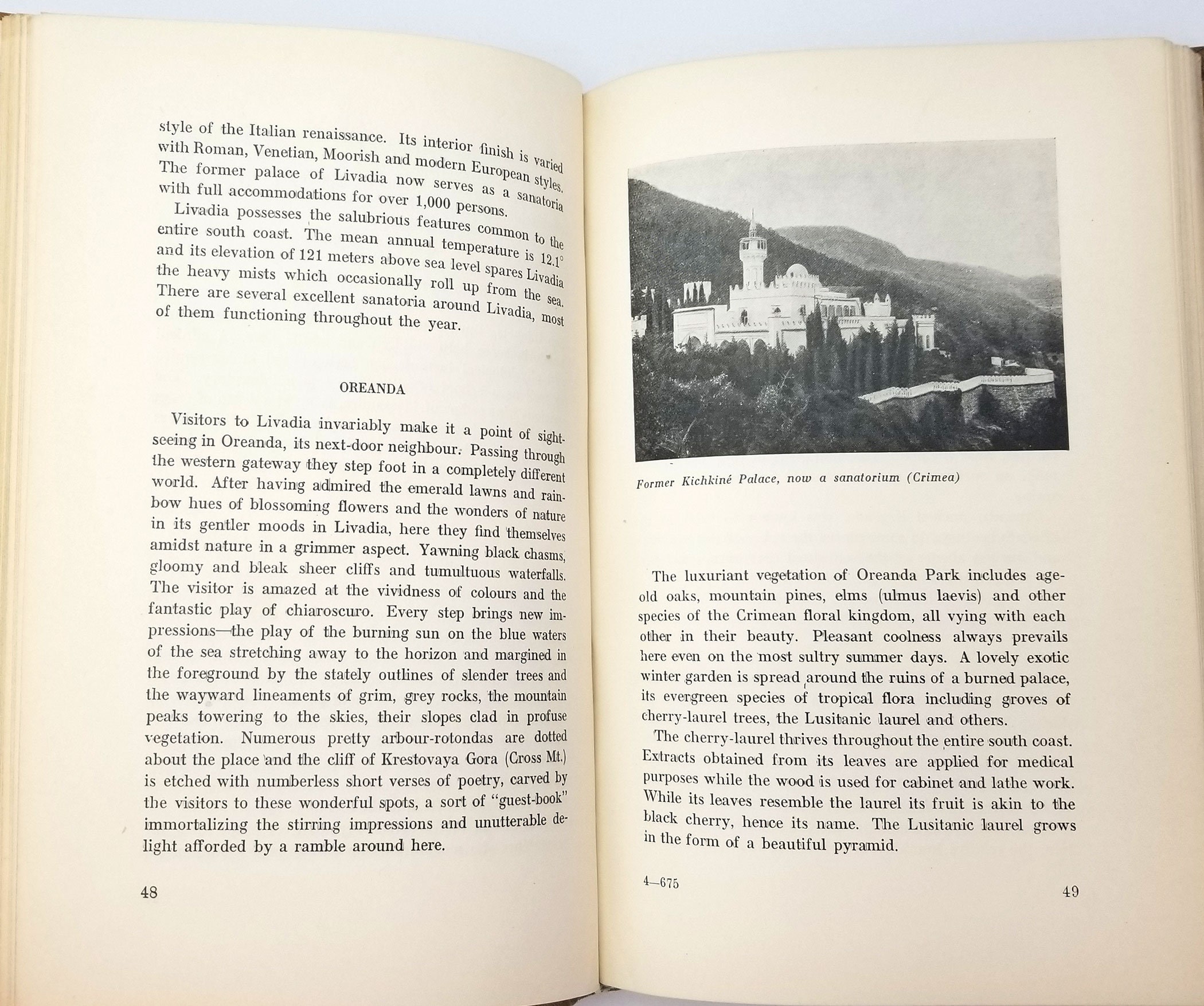 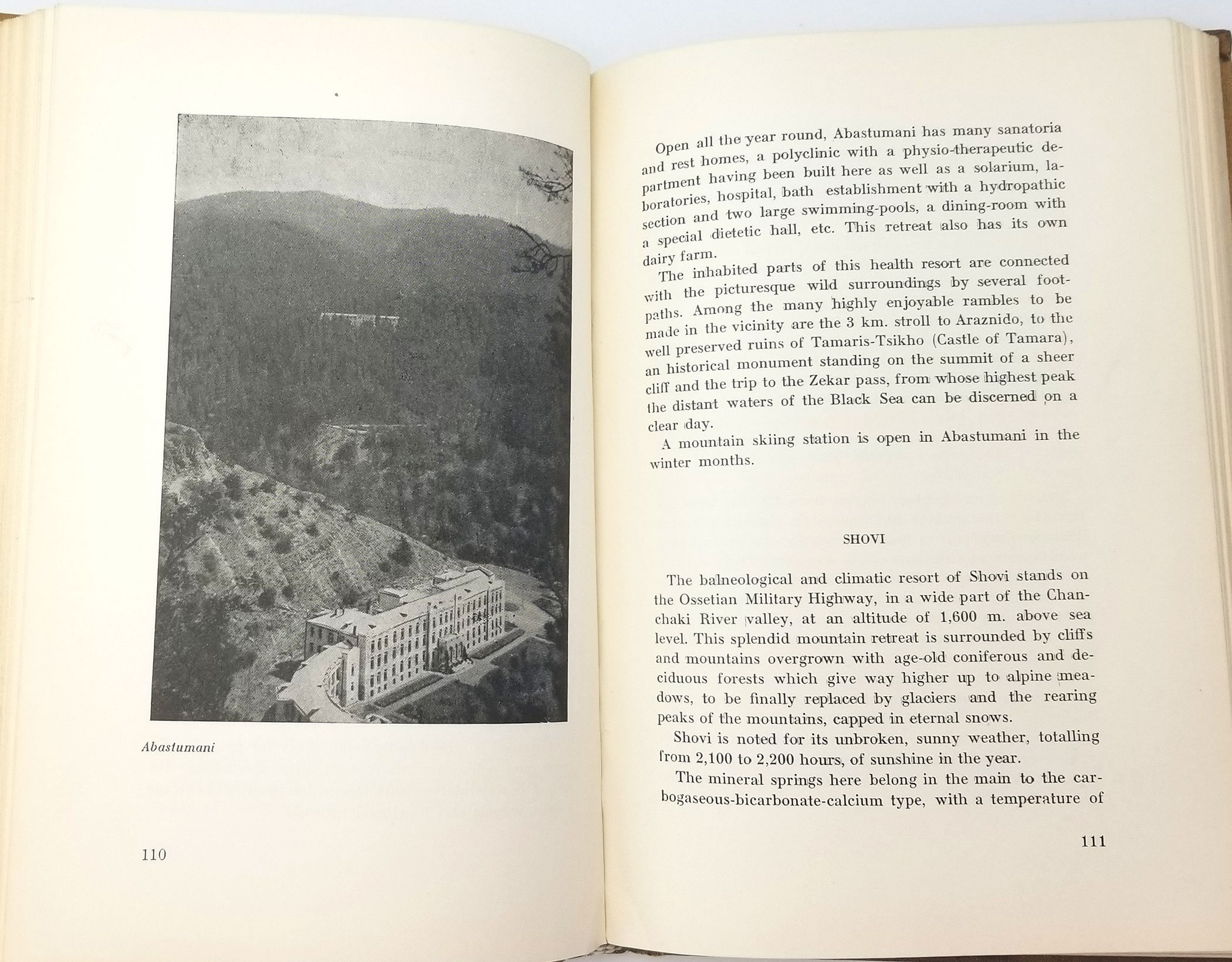 Title: Health Resorts of the USSR: a symposium of articles compiled from data of the Central Institute of Balneology in Moscow

Author: I. A. Pertsov (editor)

These essays describe the mineral springs and spas of the Soviet Union and their development and use. There are eleven categories of sanatoriums: mud, brine and thermal, potable, sulphuretted hydrogen, carbogaseous, radioactive, composiete, seaside, mountain, kumys, and steppe. In addition to general and contextual information, more than sixty-five specific sanatoriums are described, providing details about the geographic setting, character of the springs, climate, what types of ailments are treated there, and sometimes the size and scope of the facilities, etc.

Contents: Preface by I. A. Valedinsky; The Right to Rest; The Natural Curative Resources of the USSR and their Utilization; Sochi-Matesta; Mud Treatments in the Soviet Union; Kumys Cure in the Soviet Union [kumis, similar to kefir, is a fermented dairy product]; The Care of Children and Children's Health Resorts; General Contra Indications; Schematic Table of Therapeutic Indications for the Health Resorts of the USSR. Includes chapters for the health resorts found in the following regions: Crimea, Caucasus, Georgia, South Ossetia, Adjara, Abkhazia, Armenia, Ukraine, Buryat-Mongolia, Kirghizia, and Turkmenistan.

Signed and received on the ffep by the C. W. [Clyde Wallace] Countryman, the Treasurer of the Pacific Northwest Medical Association. Lieut. Col. Countryman was killed in a plane crash in 1945 in the Caribbean while carrying out inspections in Puerto Rico and Jamaica. He was a popular physician in Spokane and had established his medical practice there in 1926.