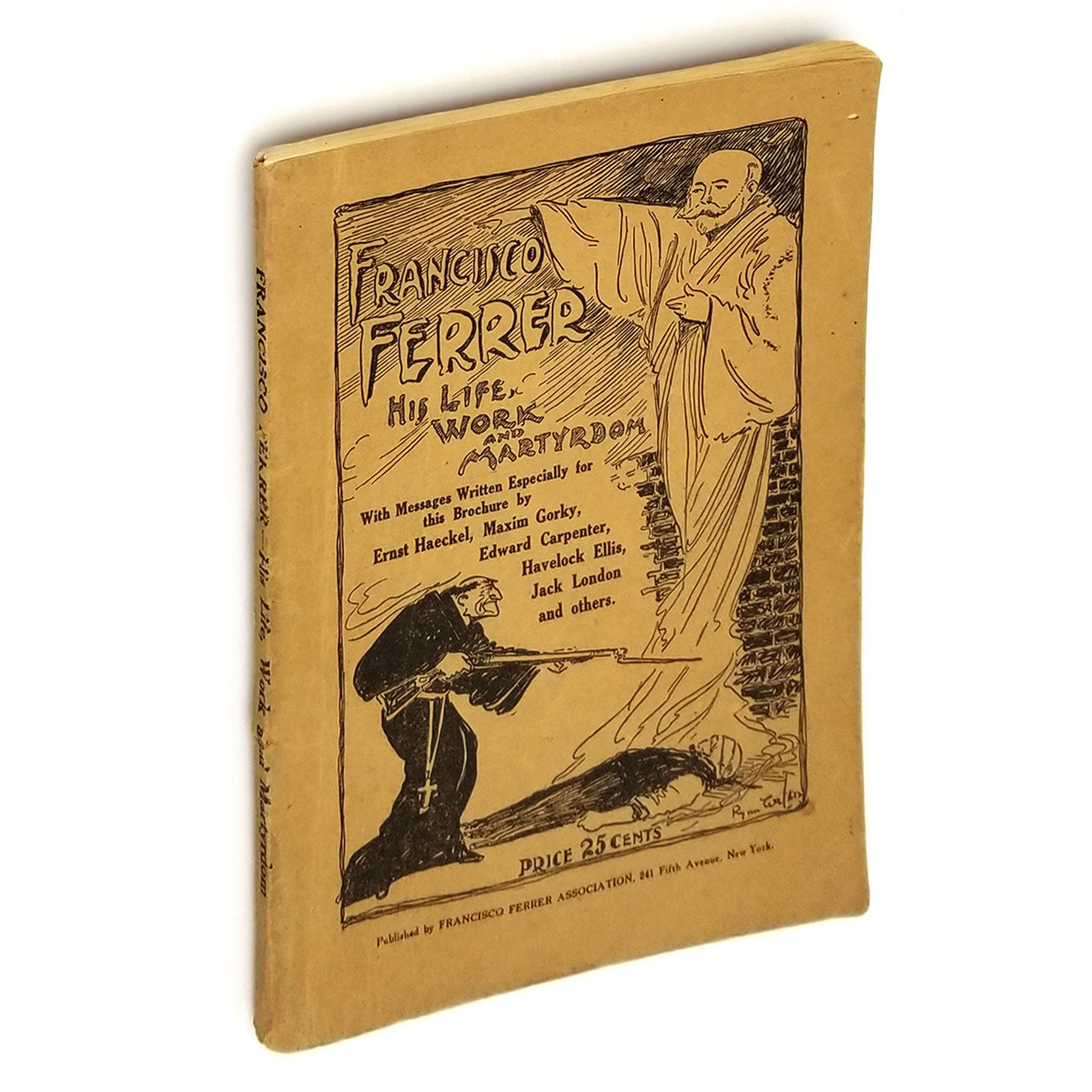 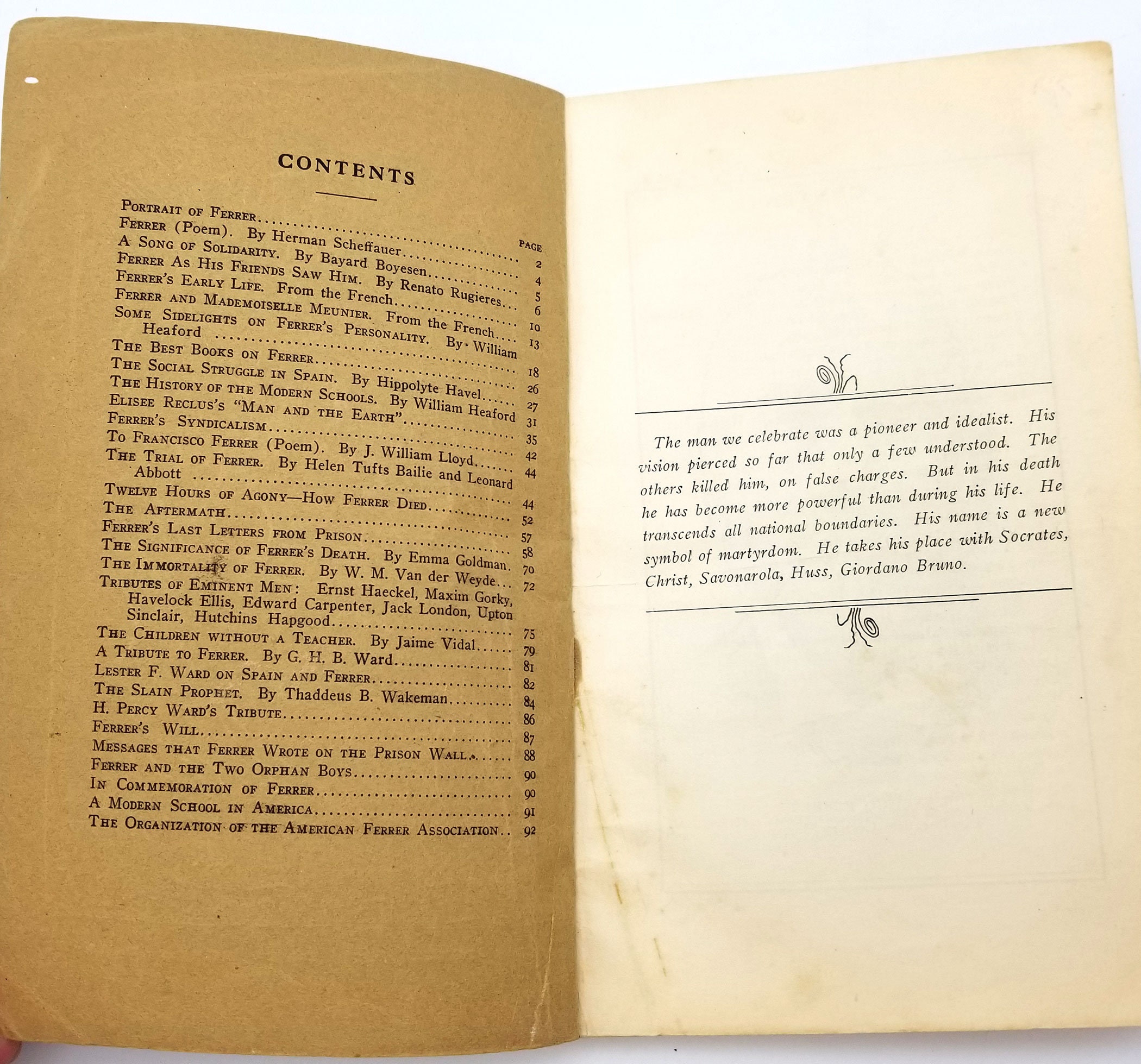 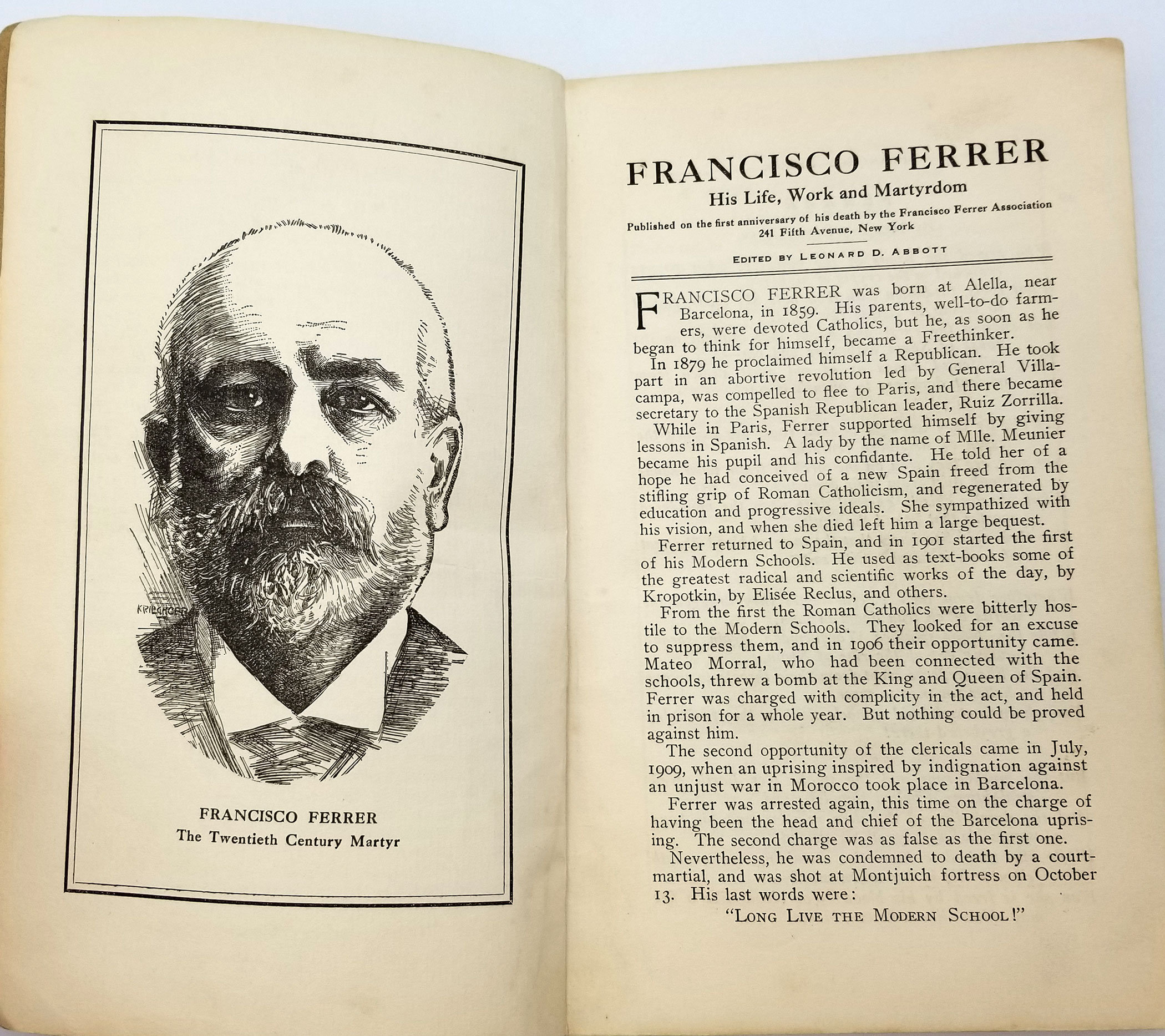 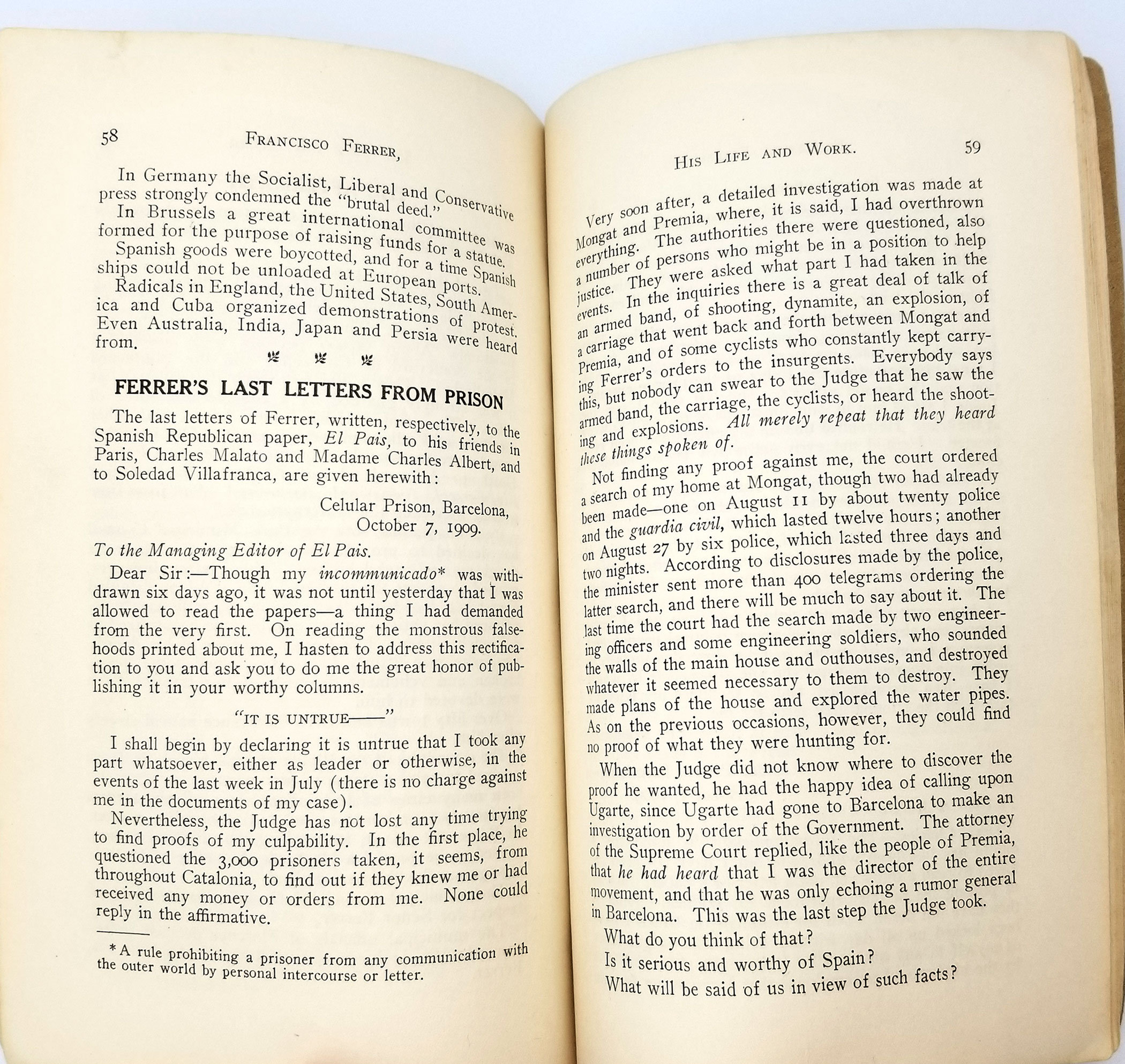 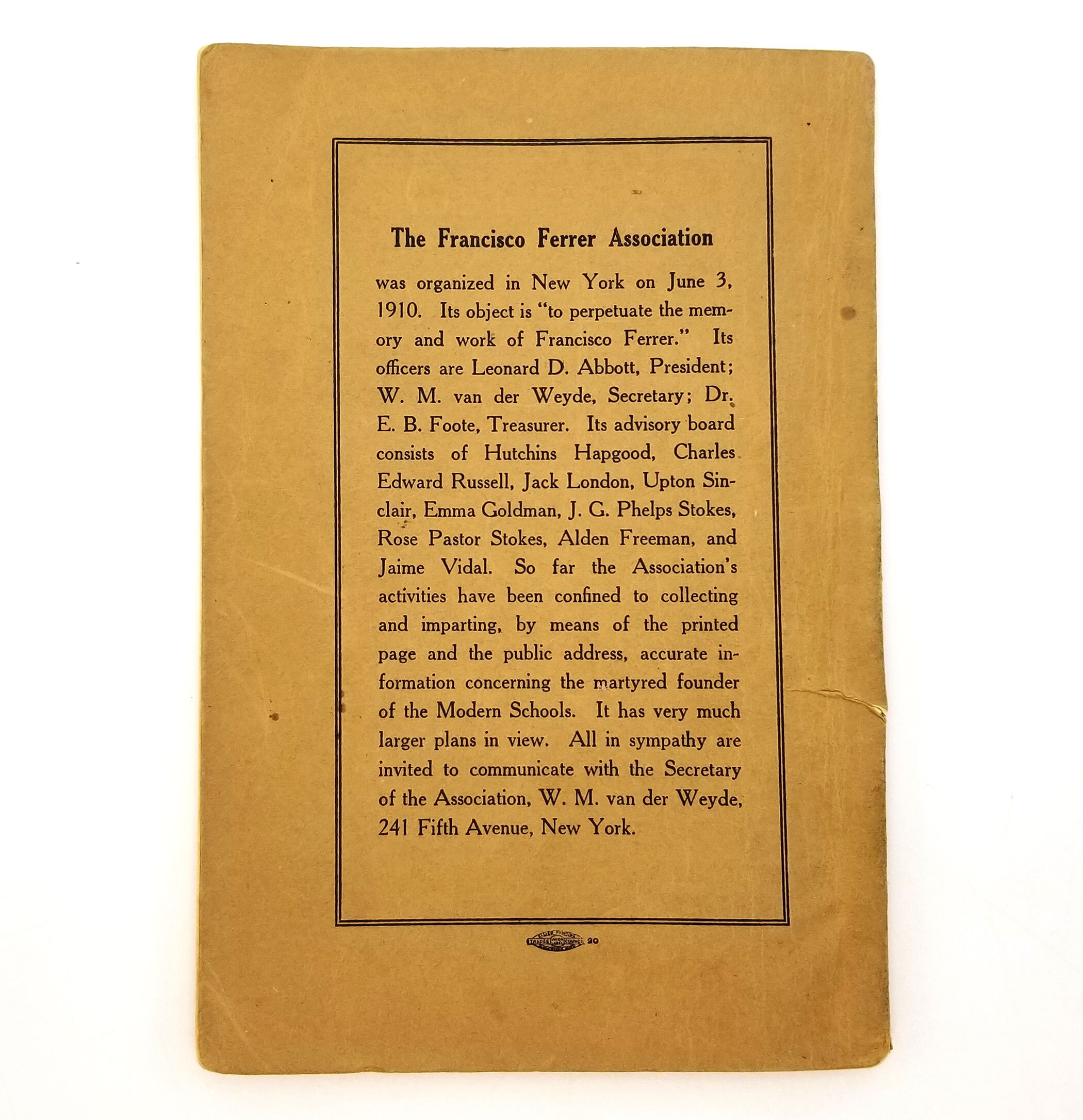 Published on the first anniversary of his death by the Francisco Ferrer Association in New York, this is a series of tributes and a variety of short articles on Ferrer and his work and life. It includes messages written specifically for this publication (dated July-September 1910) by Jack London, Havelock Ellis, Maxim Gorky, Ernst Haeckel, Upton Sinclair, Edward Carpenter, and Hutchins Hapgood.

It also includes Ferrer's last letters from prison, an account of his last twelve hours and his burial, a report of his trial, an essay on his syndicalism, the work and history of the Modern School, the social situation in Spain, and a two-and-a-half page essay on the significance of Ferrer's death by anarchist Emma Goldman.

Francisco Ferrer (1859-1909) was a Spanish radical freethinker, anarchist, and proponent of a libertarian, rationalist pedagogical approach and of non-governmental schools. In 1901 he established the Escuela Moderna (the Modern School) in Barcelona and in 1908 founded the International League for the Rational Education of Children. He was arrested in 1906 for his alleged involvement in the Morral affair, an attempted assassination of the Spanish King, Alfonso XIII, and was executed in 1909 before a firing squad.