The Rosicrucians: Their Rites and Mysteries 1870 by Hargrave Jennings - Occult - Esoteric - Mysticism 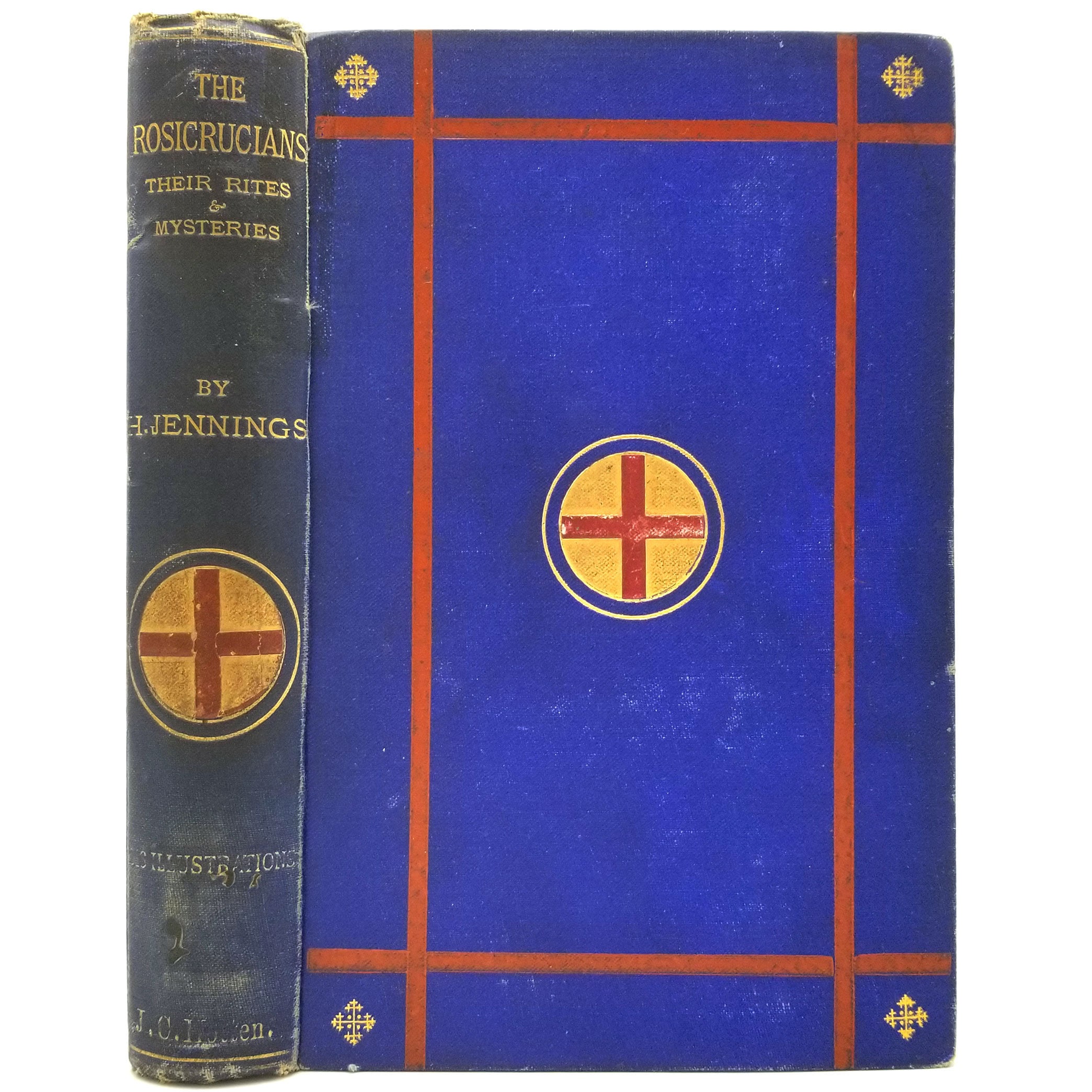 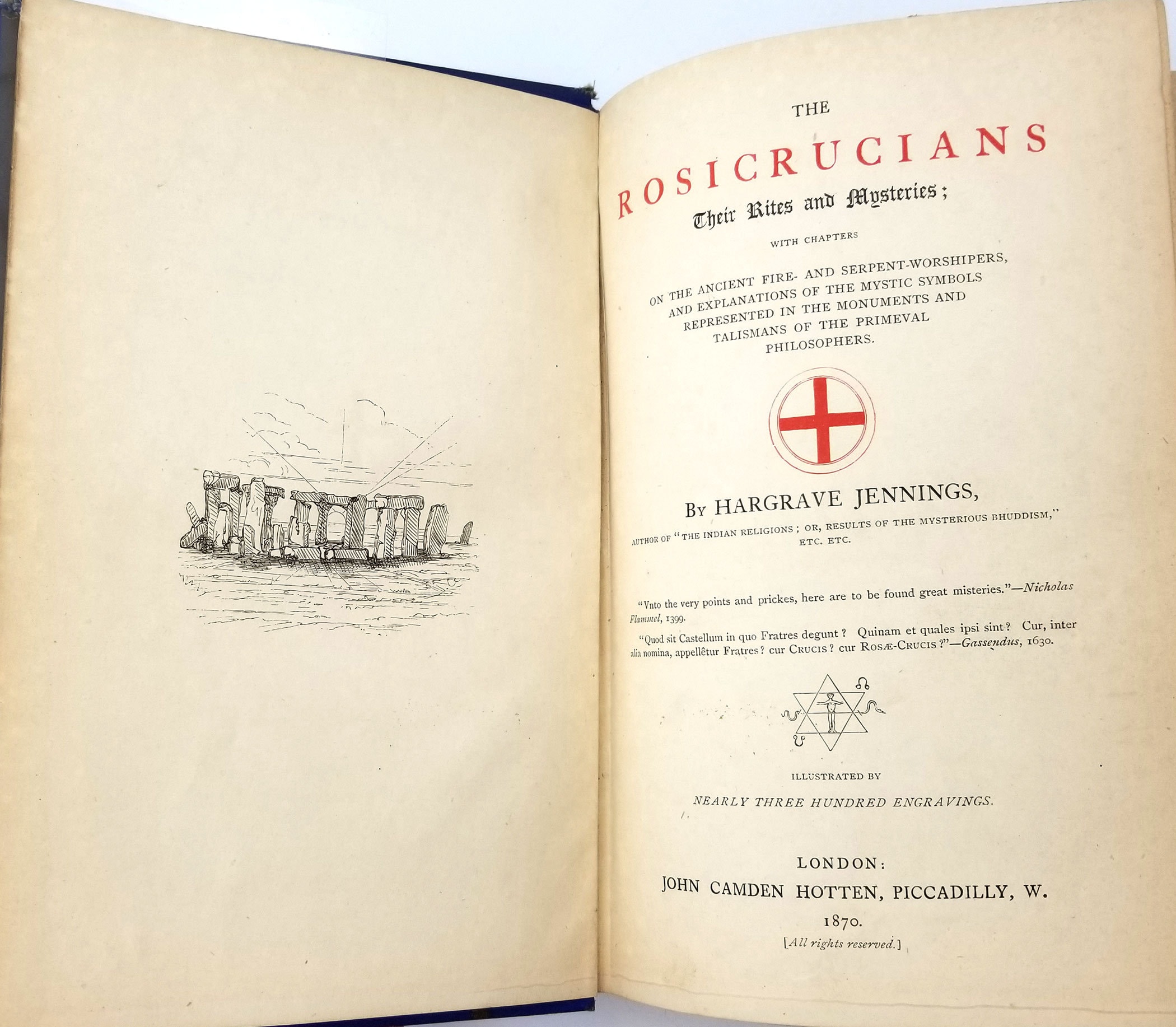 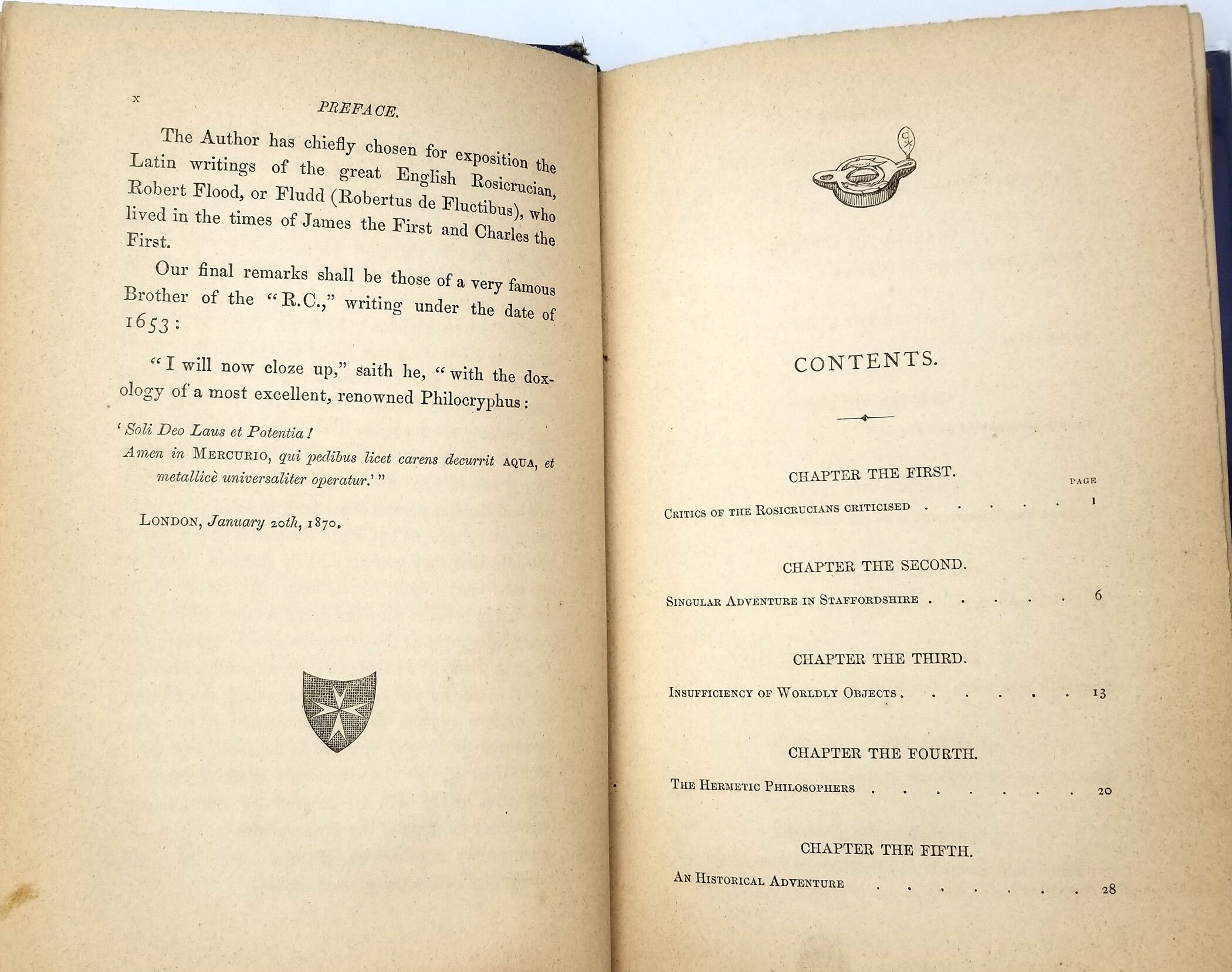 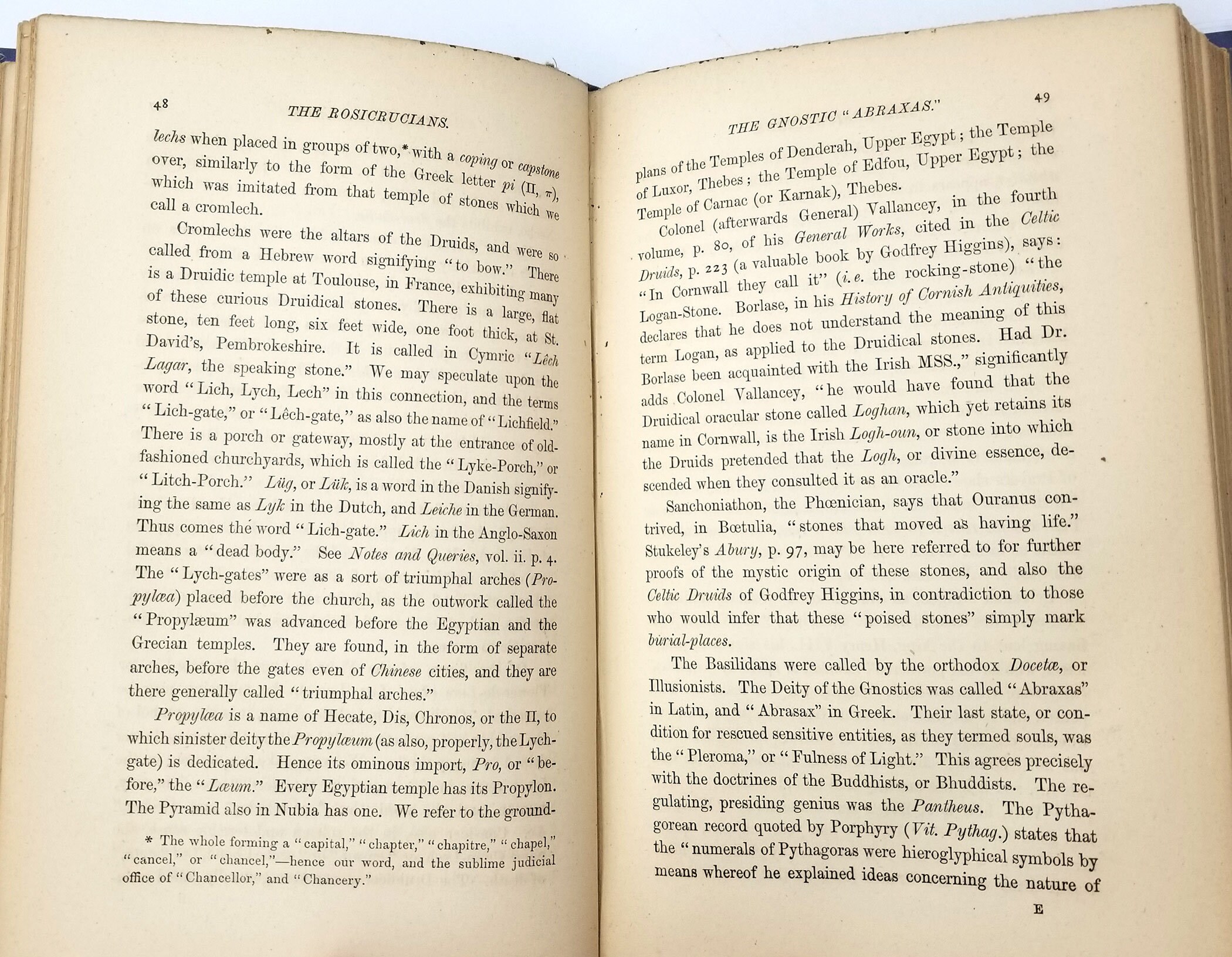 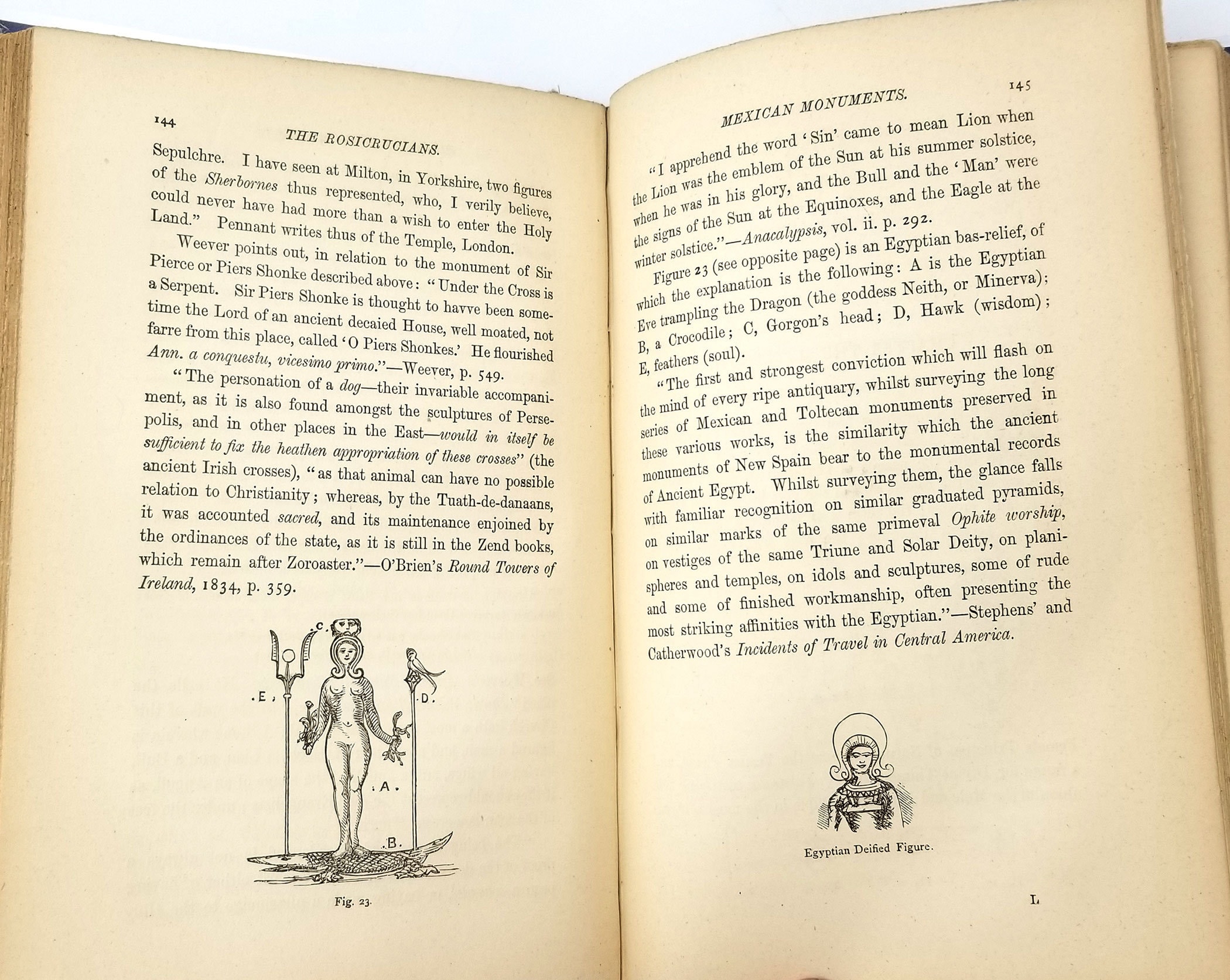 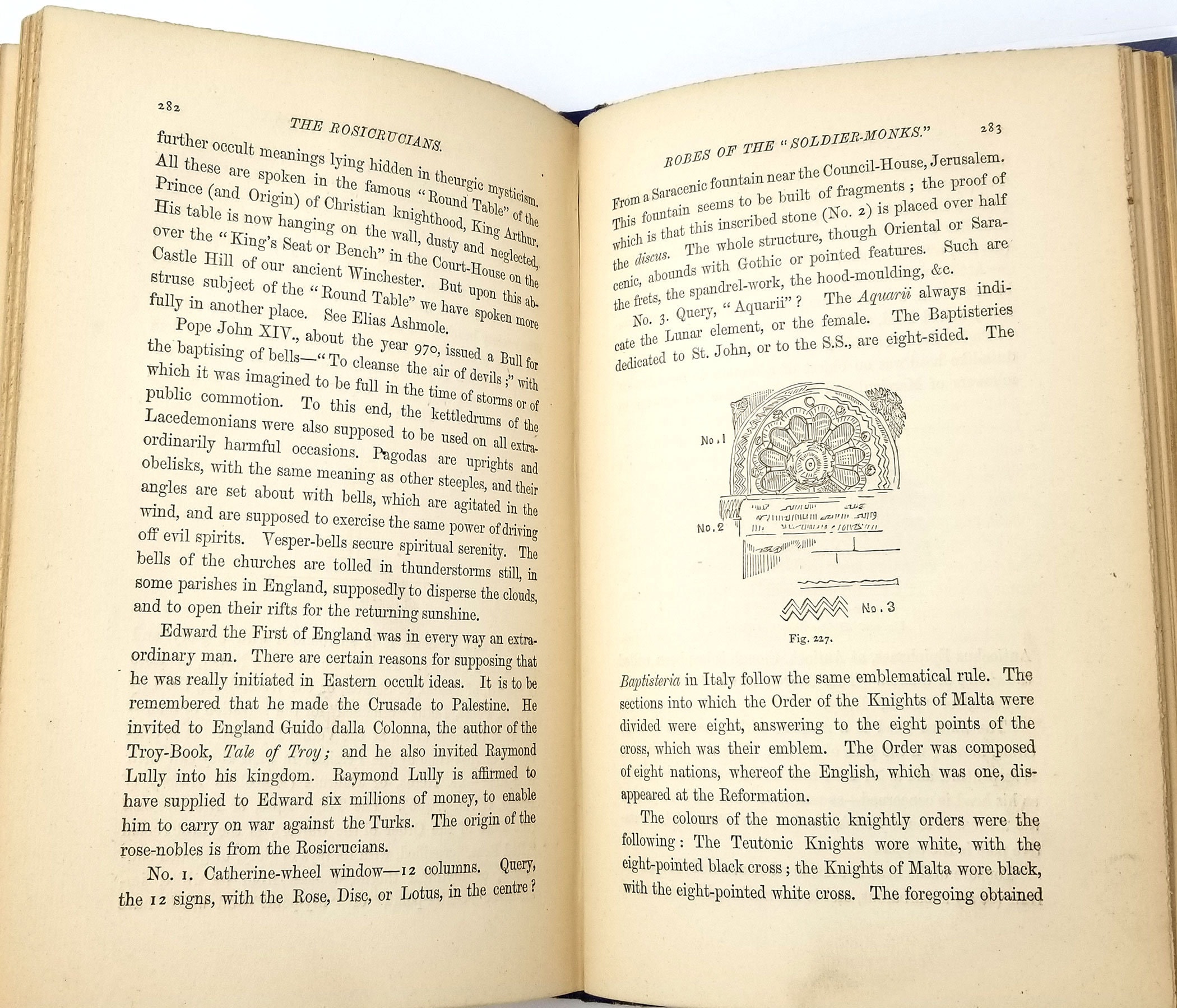 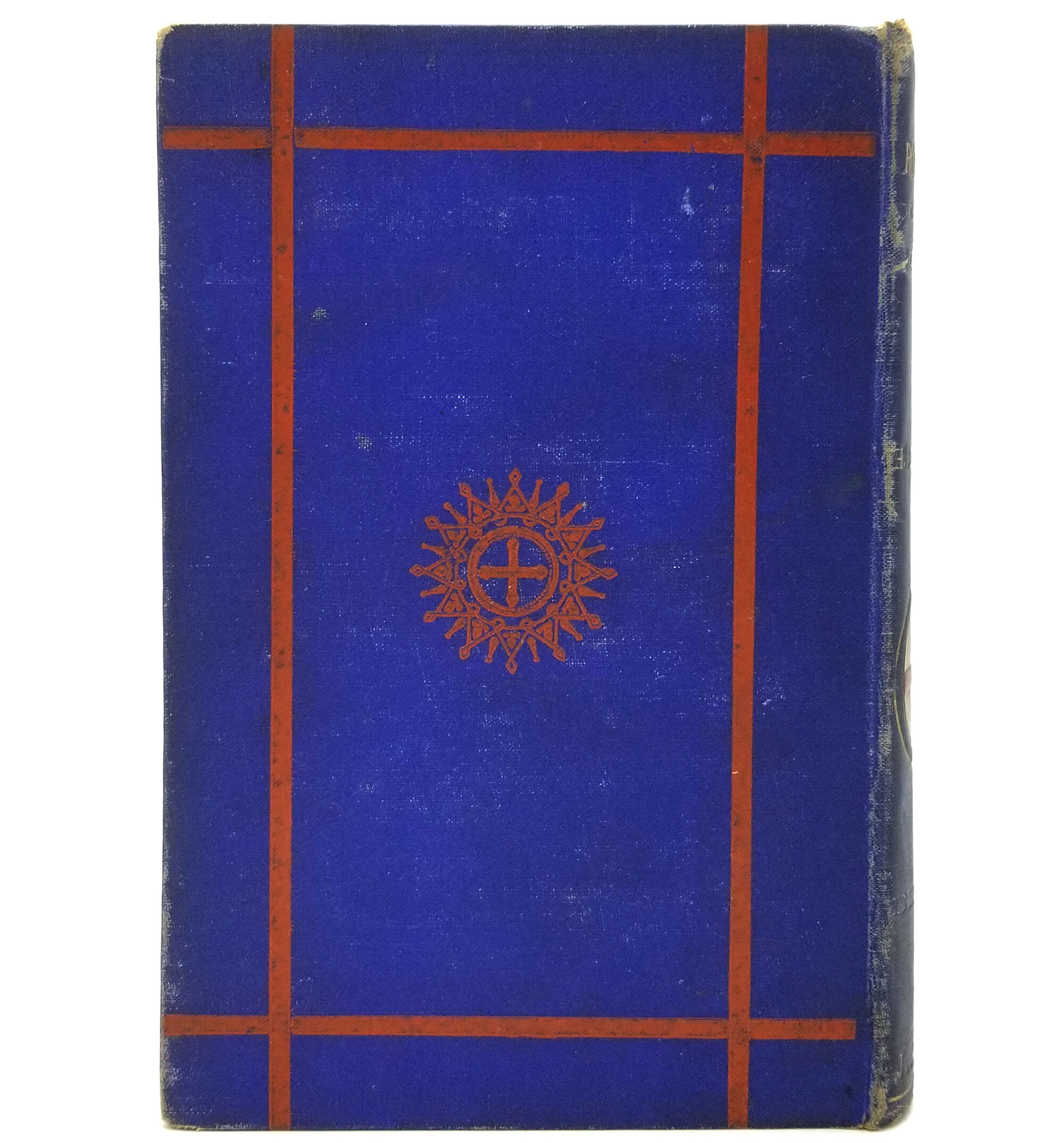 Title: The Rosicrucians: Their Rites and Mysteries; with chapters on the ancient fire- and serpent-worshipers, and explanations of the mystic symbols represented in the monuments and talismans of the primeval philosophers

Contents: Critics of the Rosicrucians Criticized; Singular Adventures in Staffordshire; Insufficiency of Worldly Objects; The Hermetic Philosophers; An Historical Adventure; The Hermetic Brethren; Mythic History of the Fleur-de-Lis; Sacred Fire; Fire-Theosophy of the Persians; Ideas of the Rosicrucians as to the Character of Fire; Monuments Raised to Fire-Worship in All Countries; Druidical Stones and Their Worship; Inquiry as to the Possibility of Miracle; Can Evidence Be Depended Upon?--Examination of Hume's Reasoning; Footsteps of the Rosicrucians amidst Architectural Objects; The Round Towers of Ireland; Prismatic Investiture of the Microcosm; Cabalistic Interpretations by the Gnostics; Mystic Christian Figures and Talismans; The "Rosy Cross"' in Indian, Egyptian, Greek, Roman, and Medieval Monuments; Myth of the Scorpion, or the Snake, in its Many Disguises; Ominous Character of the Colour "White" to English Royalty; The Beliefs of the Rosicrucians--Meaning of Lights and of Commemorative Flambeaux in All Worship; The Great Pyramid; History of the Tower or Steeple; Presence of the Rosicrucians in Heathen and Christian Architecture; The Rosicrucians amidst Ancient Mysteries and in the Orders of Knighthood; Rosicrucians in Strange Symbols; Connection between the Templars and Gnosticism; Rosicrucian Origin of the Order of the Garter; Rosicrucians Supposed Means of Magic through Signs, Sigils, and Figures; Astro-Theosophical System of the Rosicrucians--The Alchemic Magisterium.