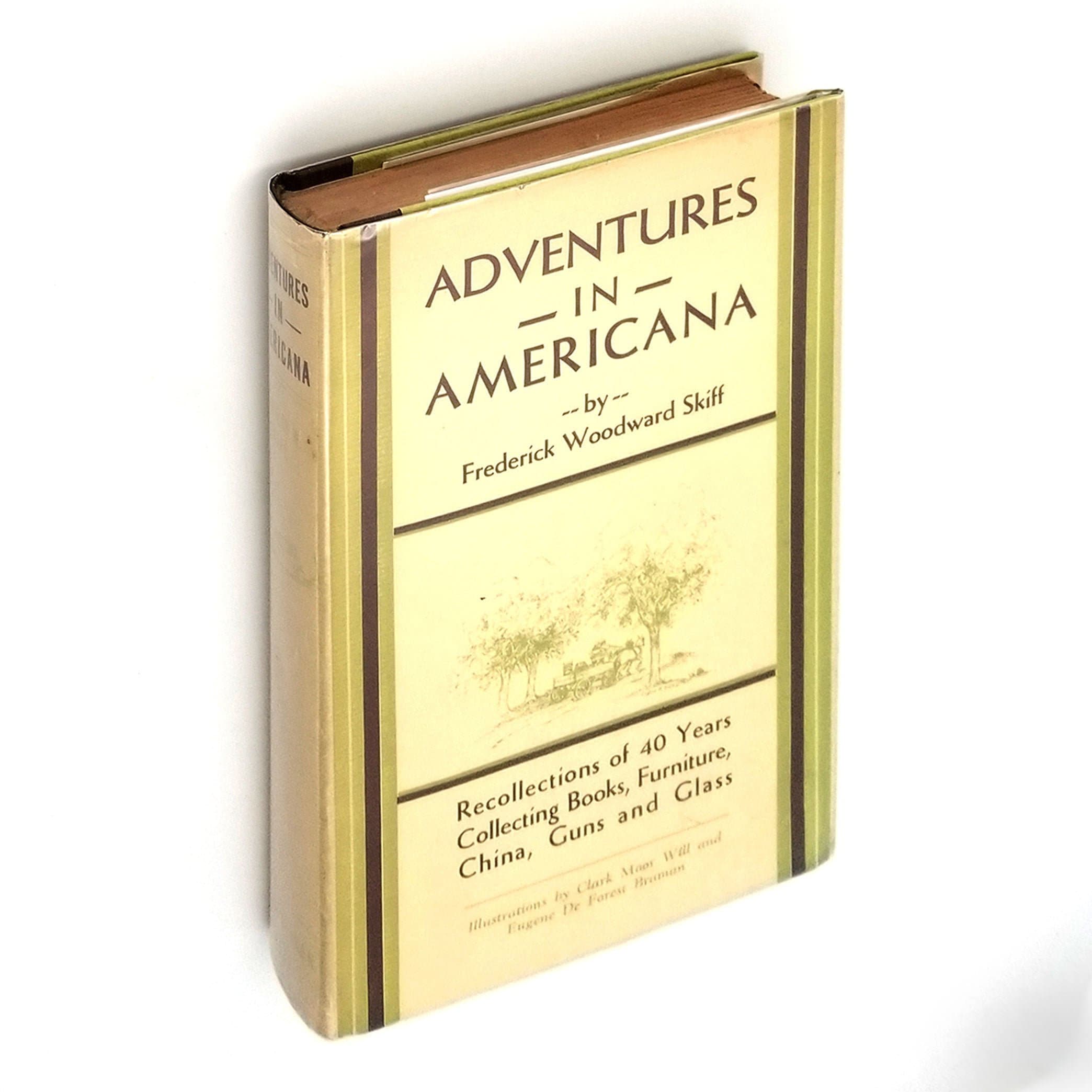 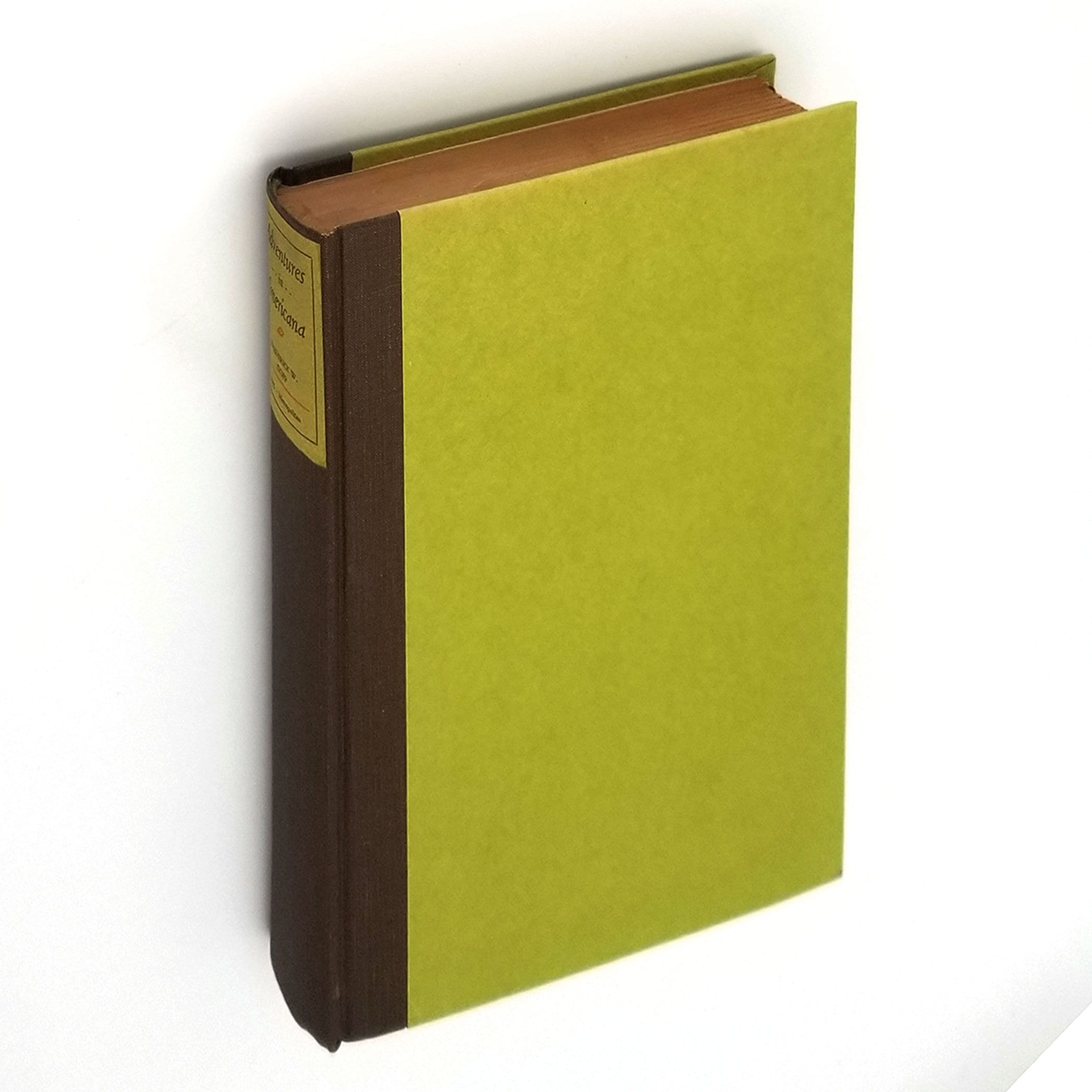 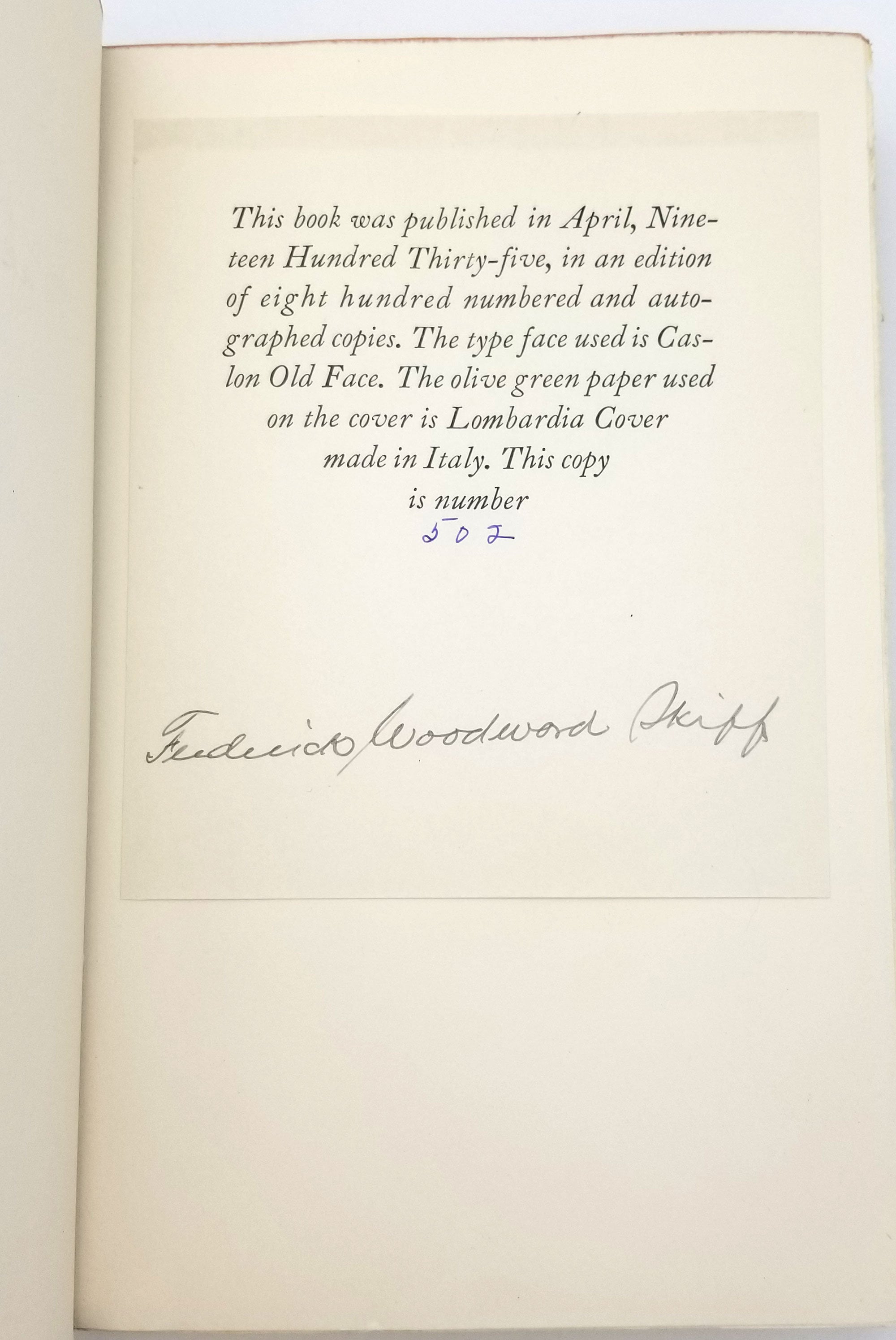 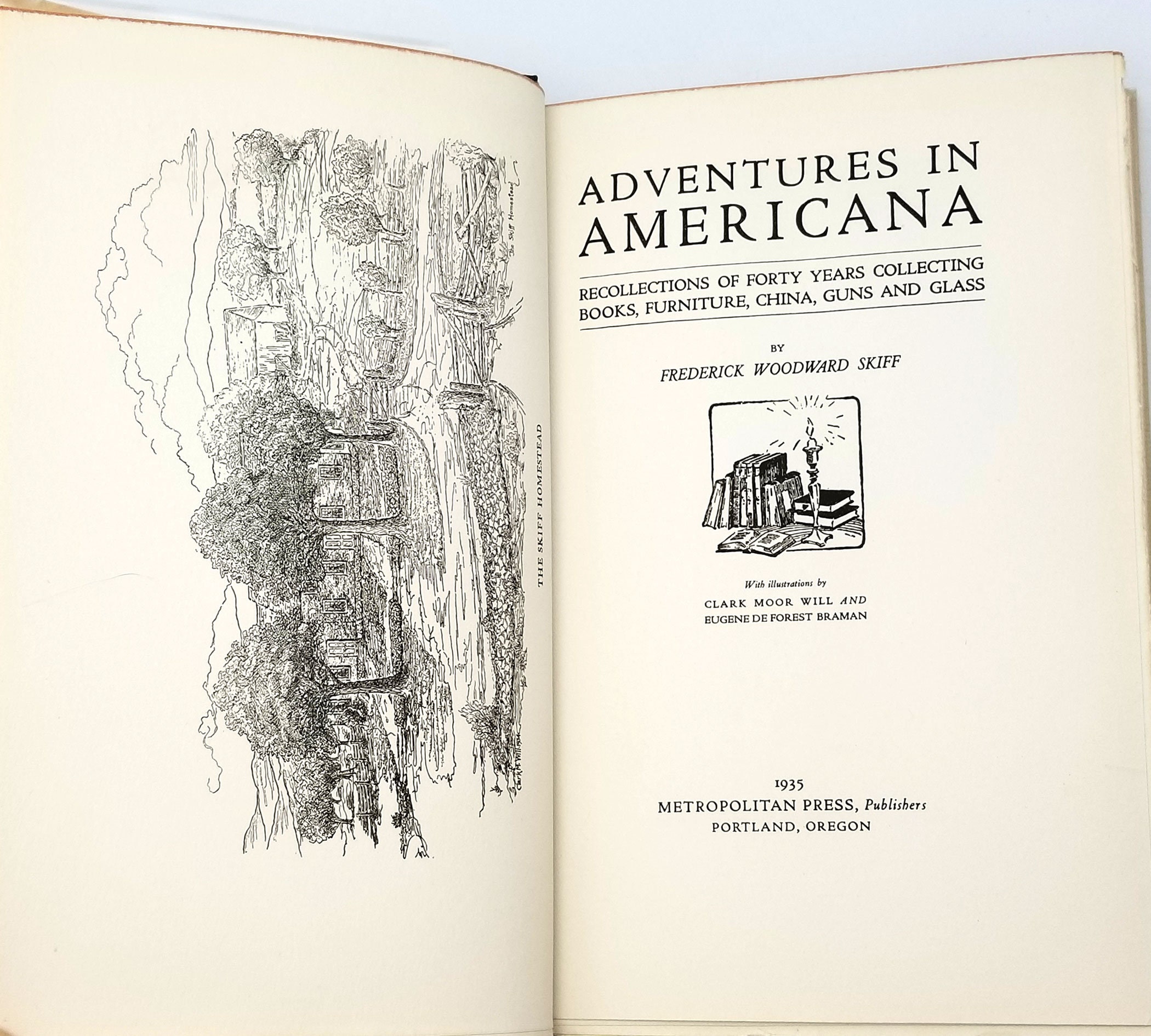 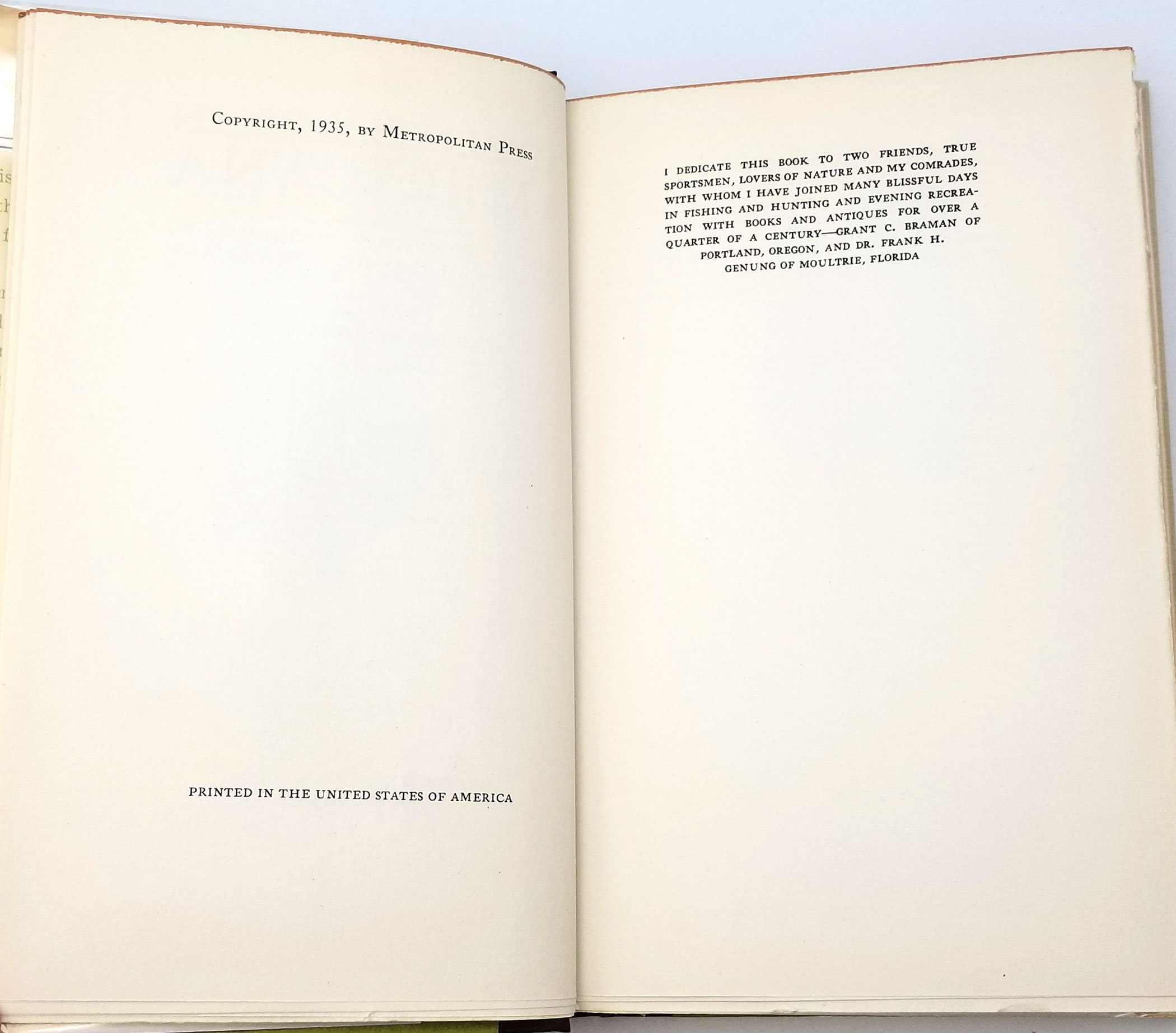 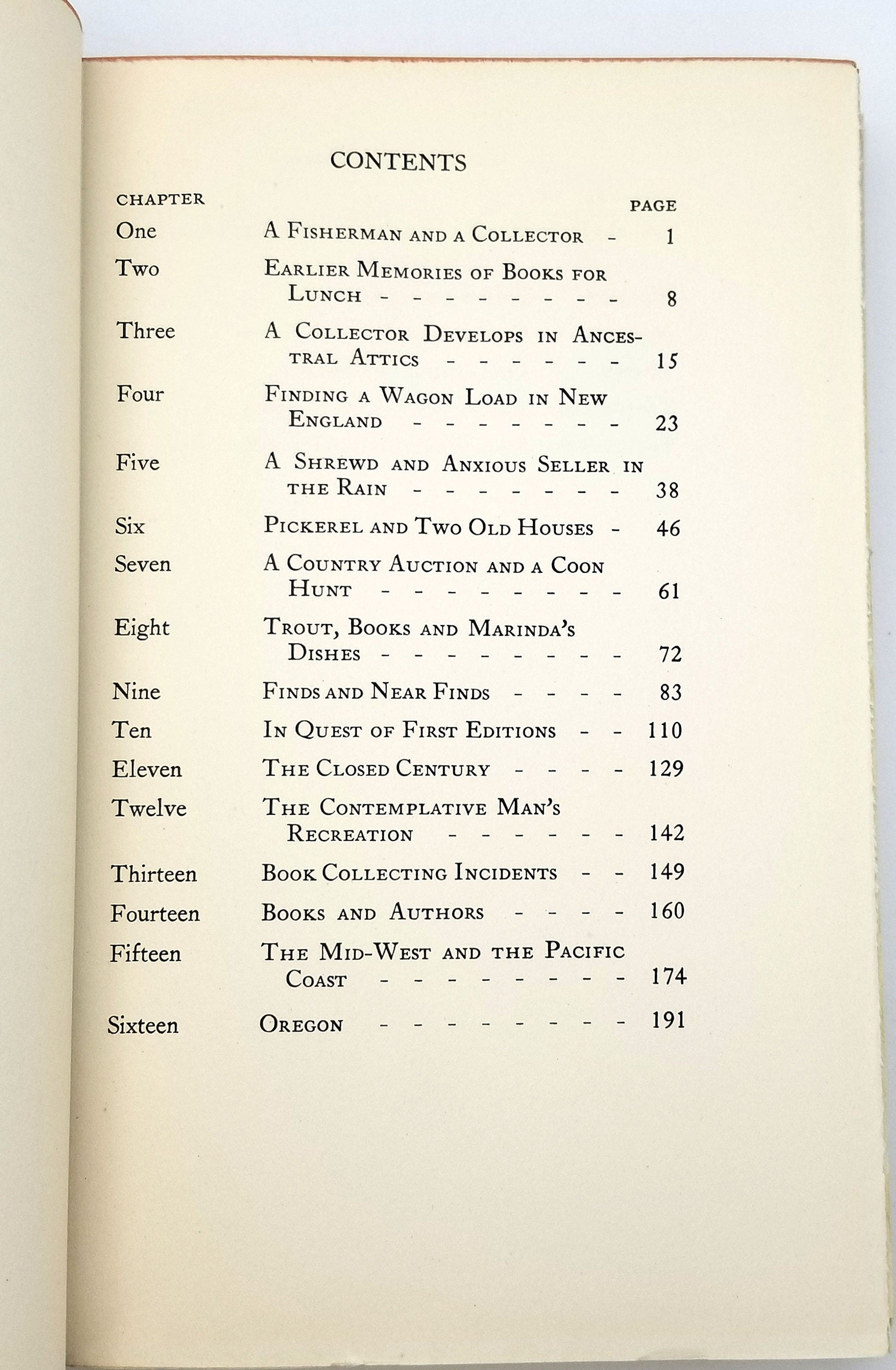 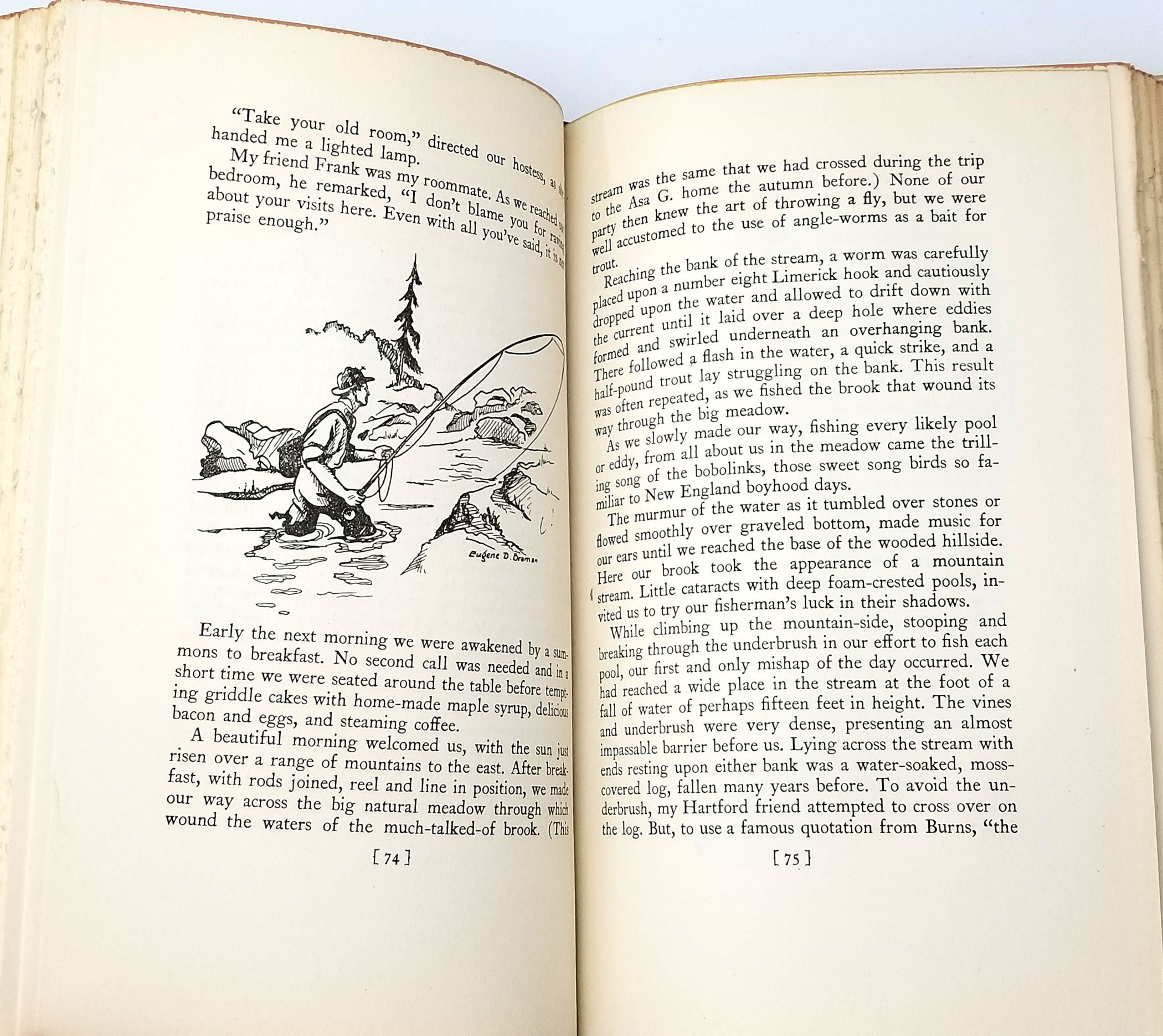 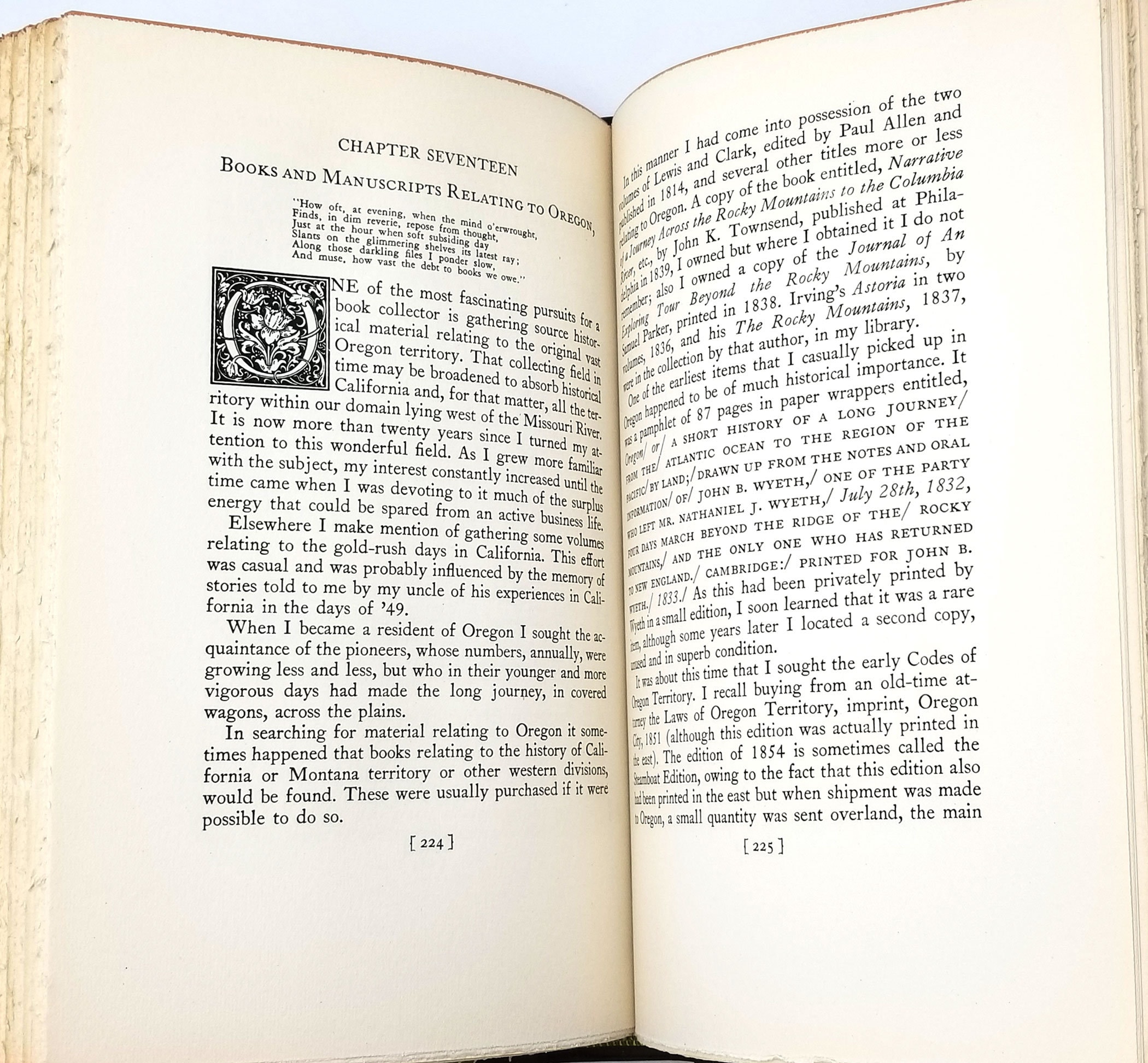 Skiff's recollections of forty years spent collecting books, furniture, china, guns and glass, imparting many of his adventures in securing these antiques.

Frederick Woodward Skiff (1867-1947) was an author, noted collector, bibliophile, expert on Americana, and founder of Connecticut's Acorn Club. During his life he amassed one of the most important private libraries in the United States, with particular emphases on literature and history. He humbly began his book collecting when he was twenty-one and working in New Haven; he would forego his lunches in order to save money to buy books on American politics from a local bookshop. A native of Connecticut, he moved to Oregon in 1905 where he established himself as one of the earliest collectors of historical materials of the Pacific Northwest and Western Americana in general.

Contents: A Fisherman and a Collector; Earlier Memories of Books for Lunch; A Collector Develops in Ancestral Attics; Finding a Wagon Load in New England; A Shrewd and Anxious Seller in the Rain; Pickerel and Two Old Houses; A Country Auction and a Coon Hunt; Trout, Books and Marinda's Dishes; Finds and Near Finds; In Quest of First Editions; The Closed Century; The Contemplative Man's Recreation; Book Collecting Incidents; Books and Authors; The Mid-West and the Pacific Coast; Oregon; Books and Manuscripts Relating to Oregon; The Southland; Collecting Antique Arms; Collecting Old Silver; Prints and Allied Subjects; Some Worthwhile First Editions.