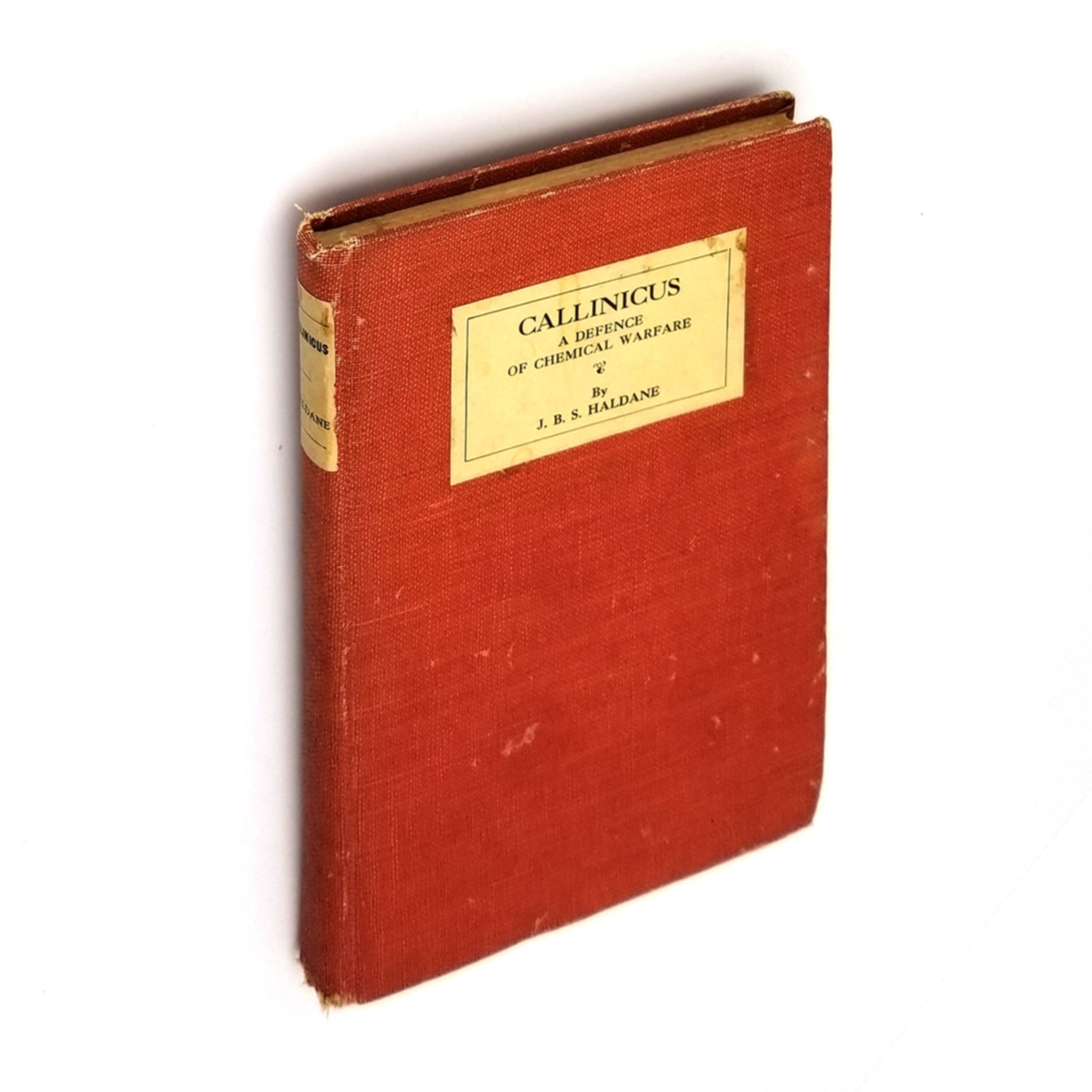 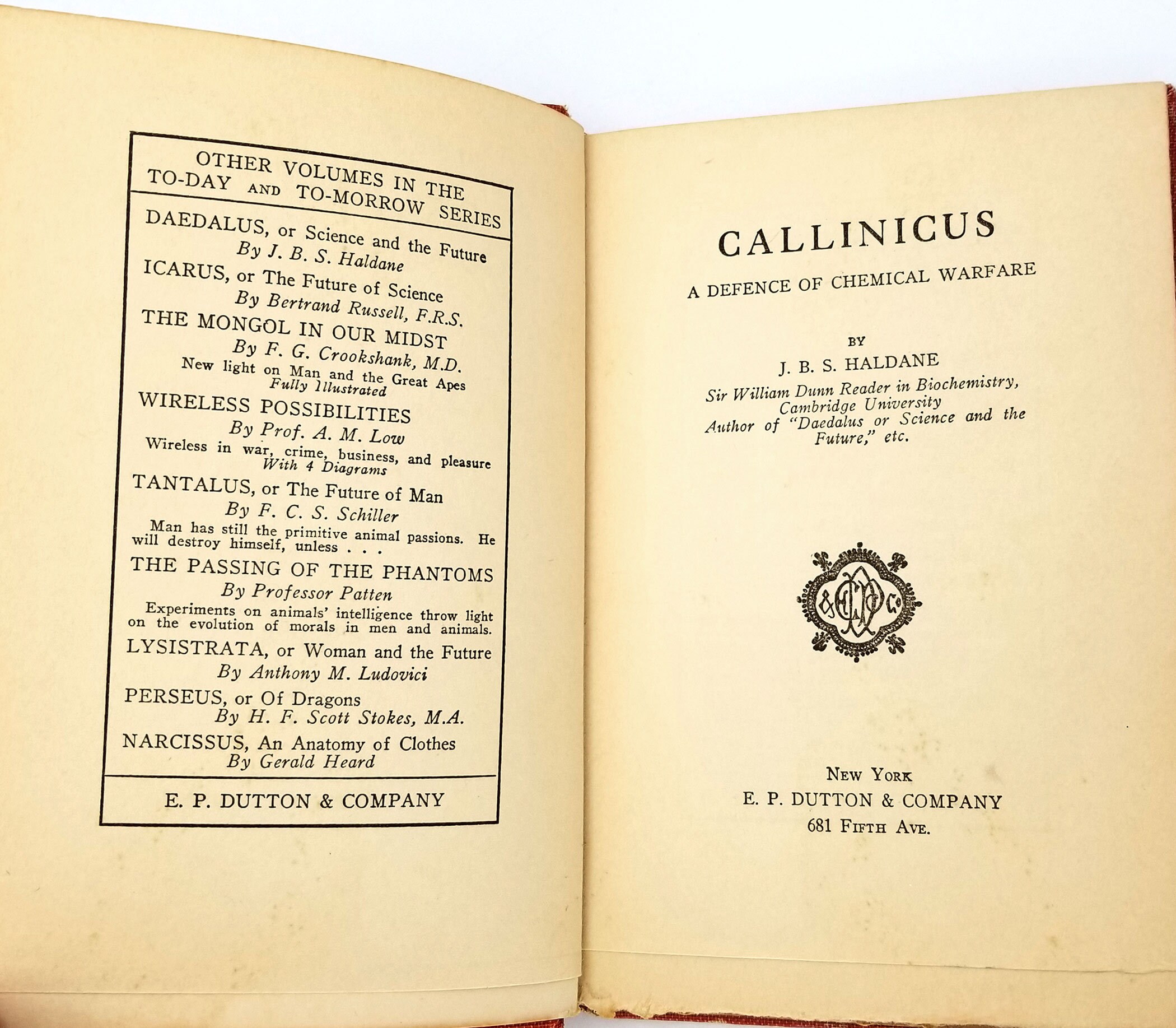 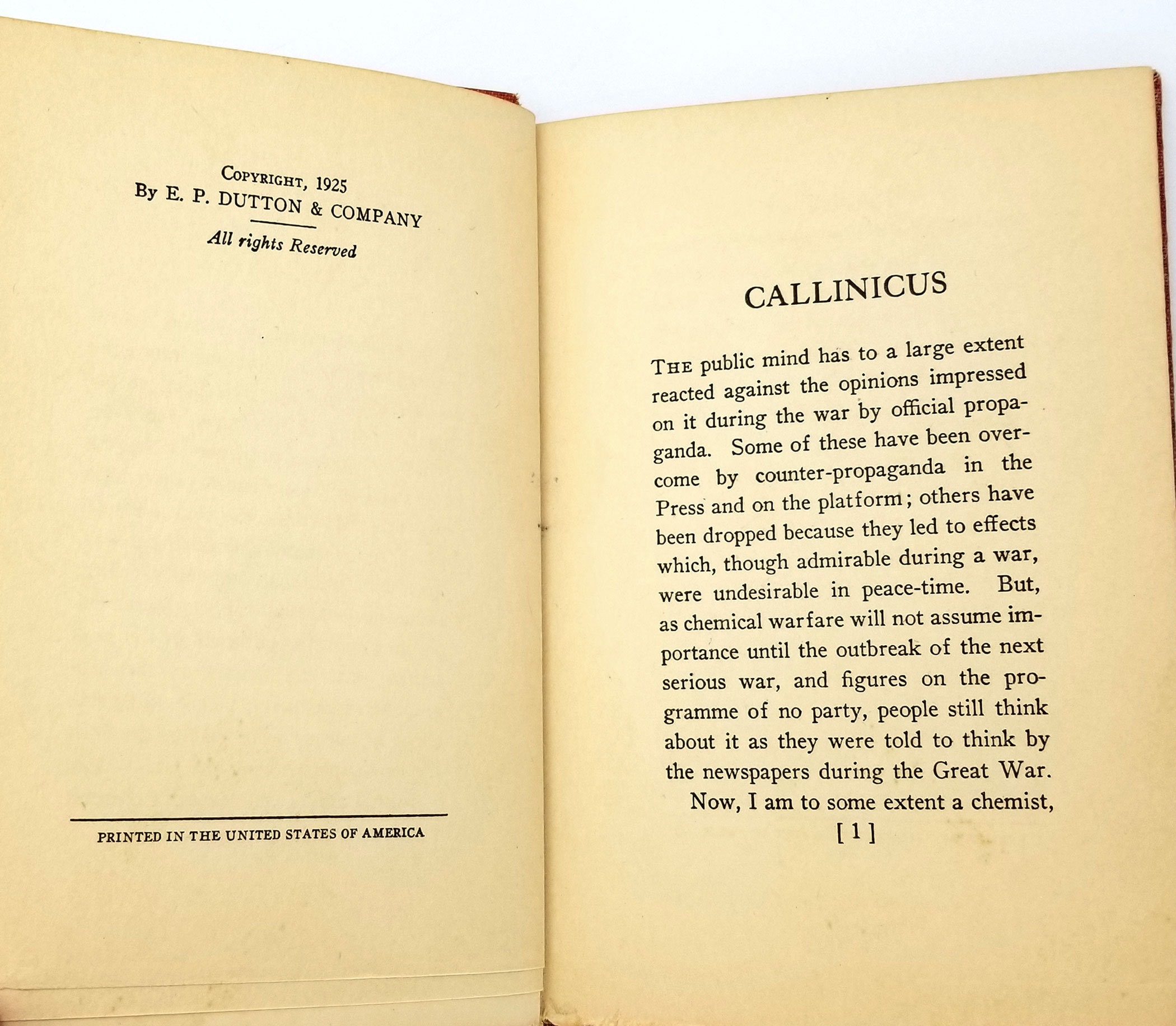 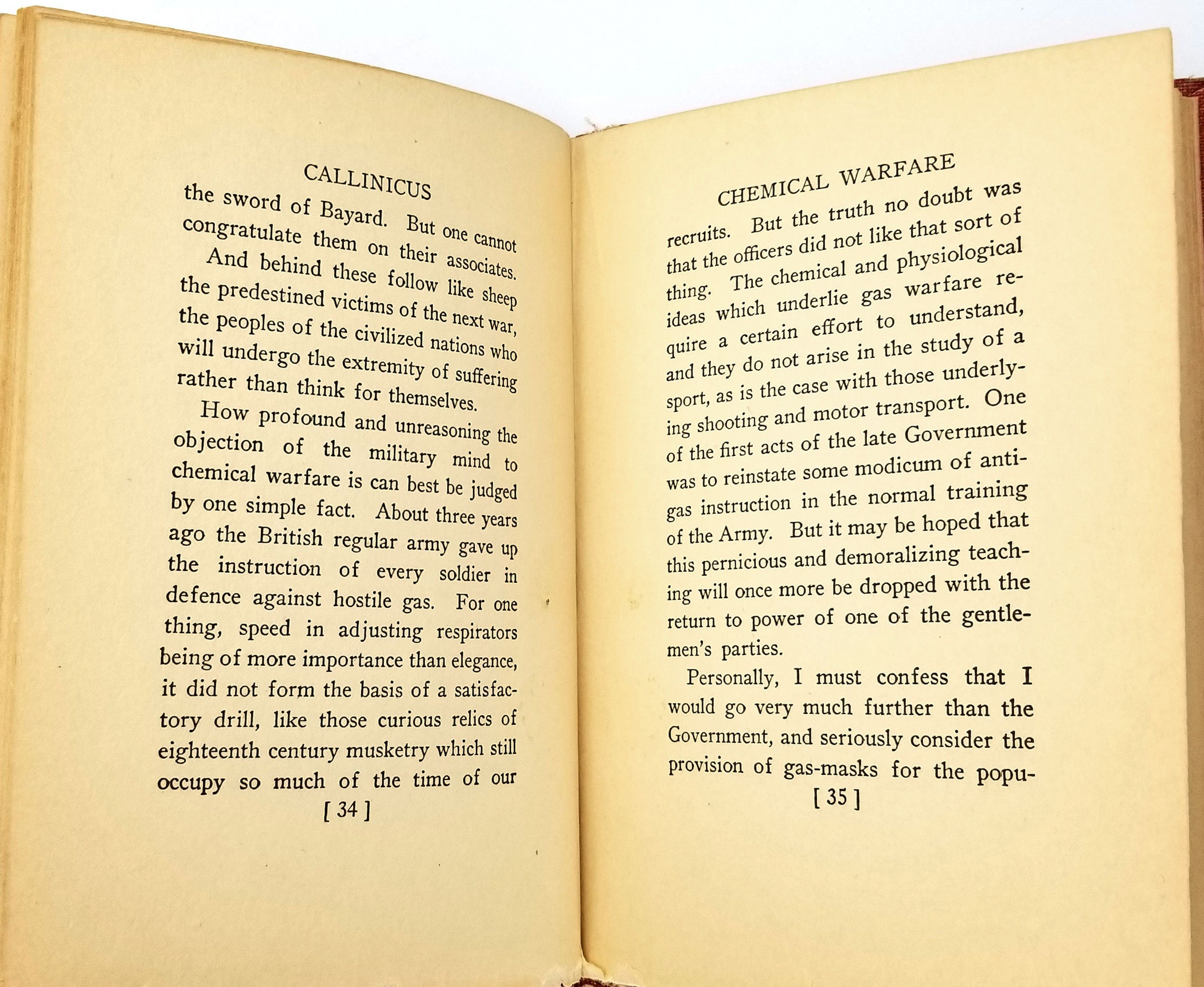 Description: Red cloth boards with paste-on paper title blocks on spine and front. General wear and minor soiling to boards. Previous owner's name on ffep. 84 pp. 6.5 x 4.5 inches. An review of the use and utility of chemical weapons as used during the First World War, including military and political attitudes towards them. Interestingly, it also briefly mentions the anti-Semitism in Germany and how that negatively impacted their options in research on physiology.

The author himself had fought in the First World War, serving with the British Army in France and Mesopotamia (Iraq). He was described by his commander as the "bravest and dirtiest officer in my Army."

J. B. S. Haldane (1892-1964) was a British scientist known for his work in the study of physiology, genetics, evolutionary biology, and mathematics.