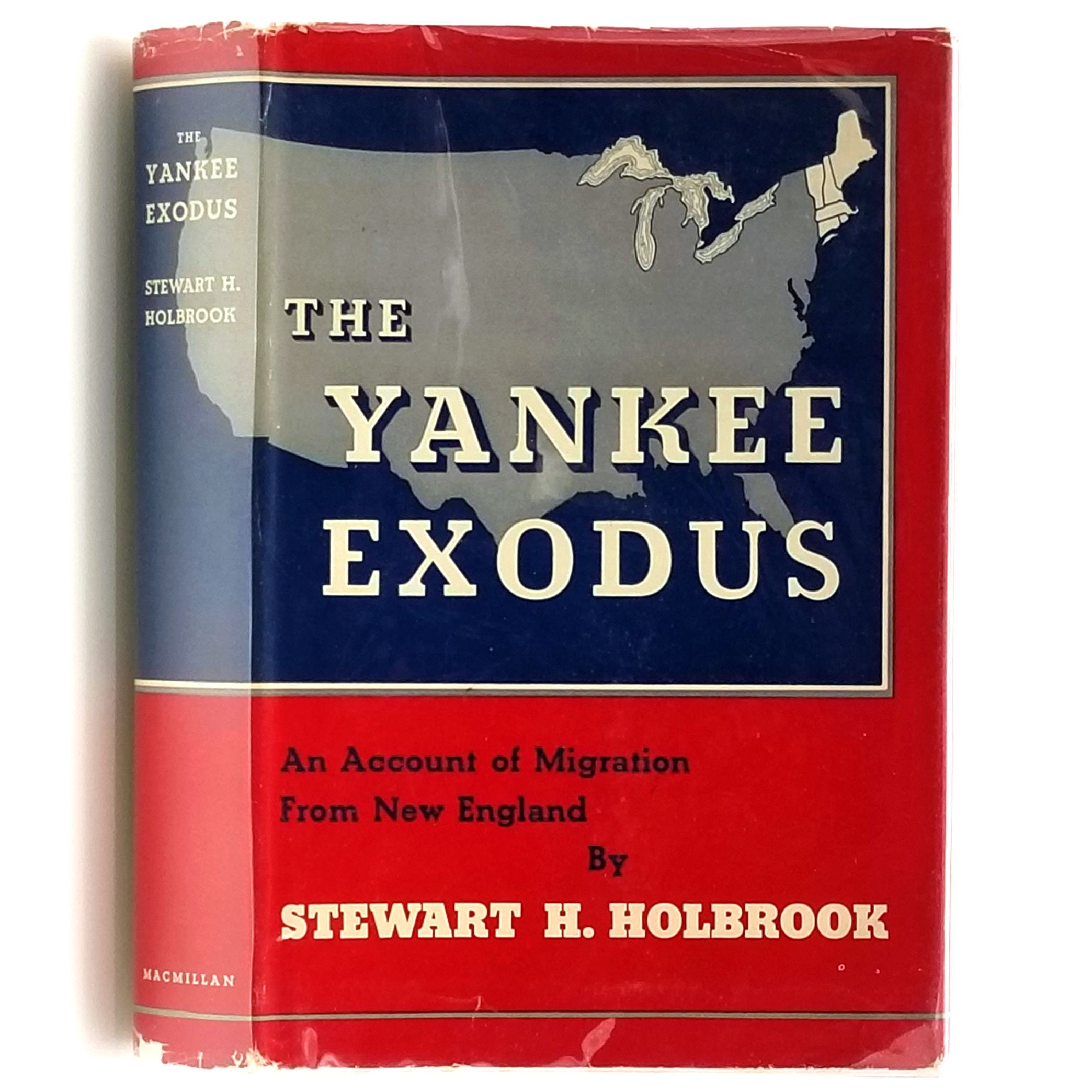 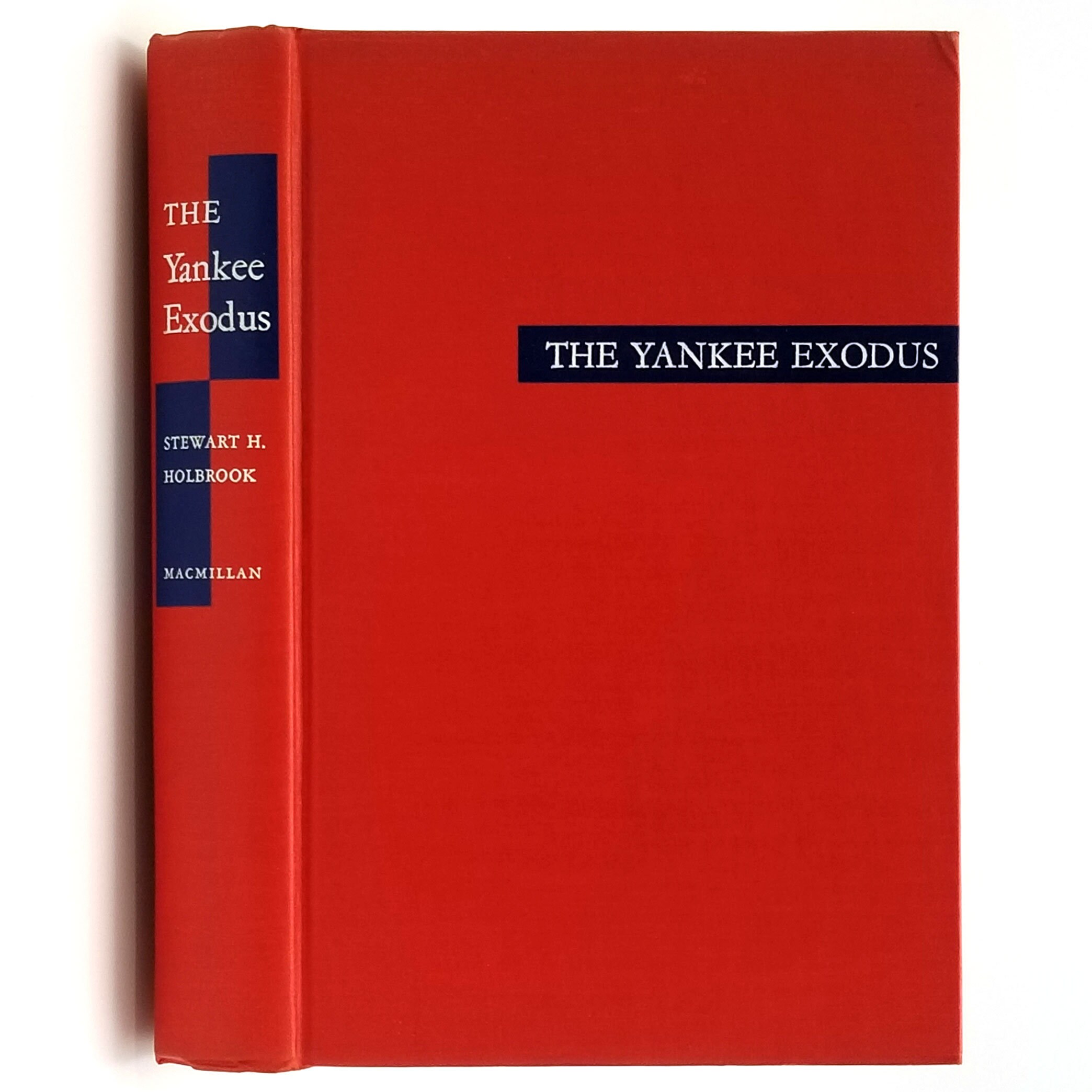 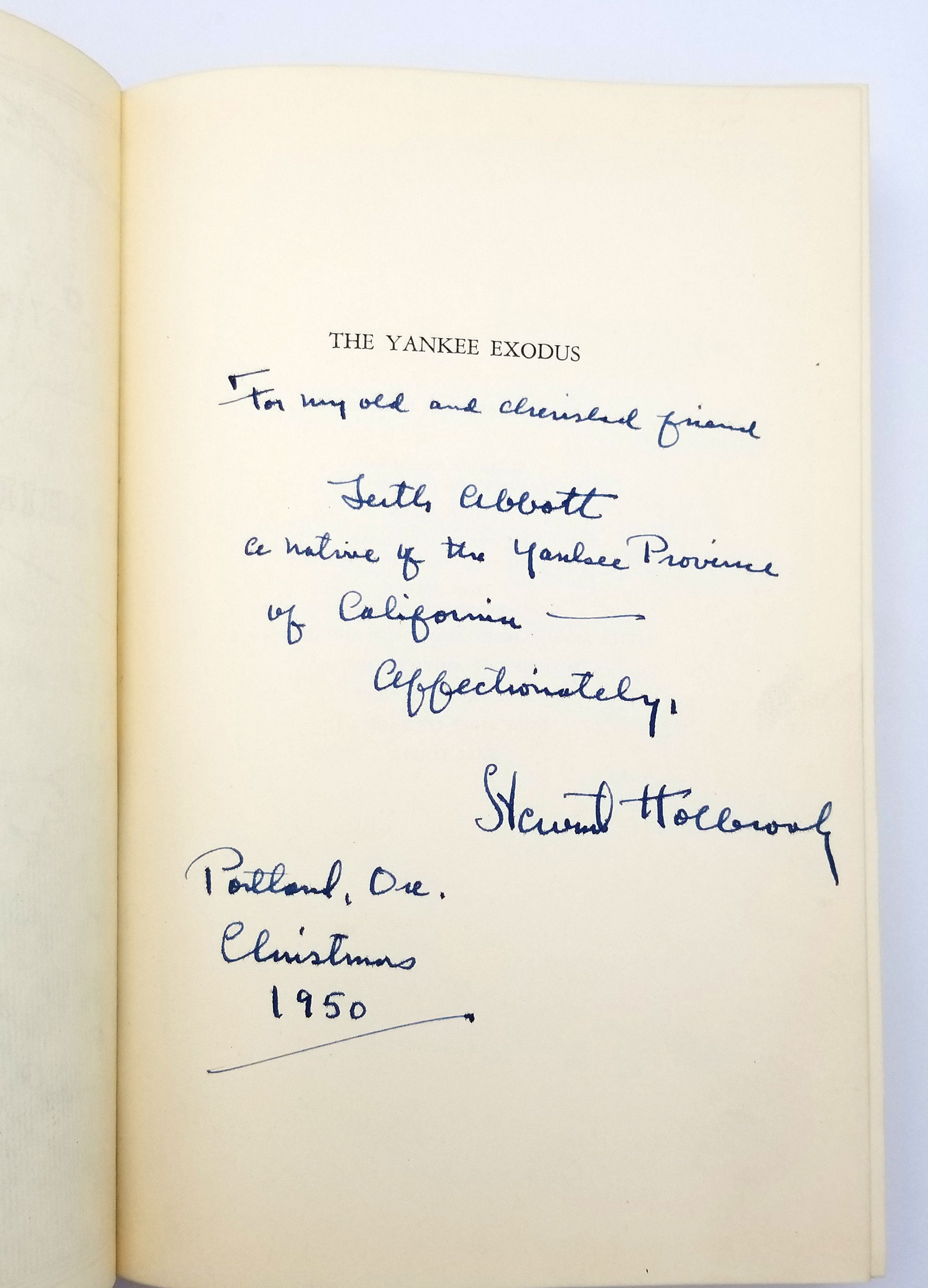 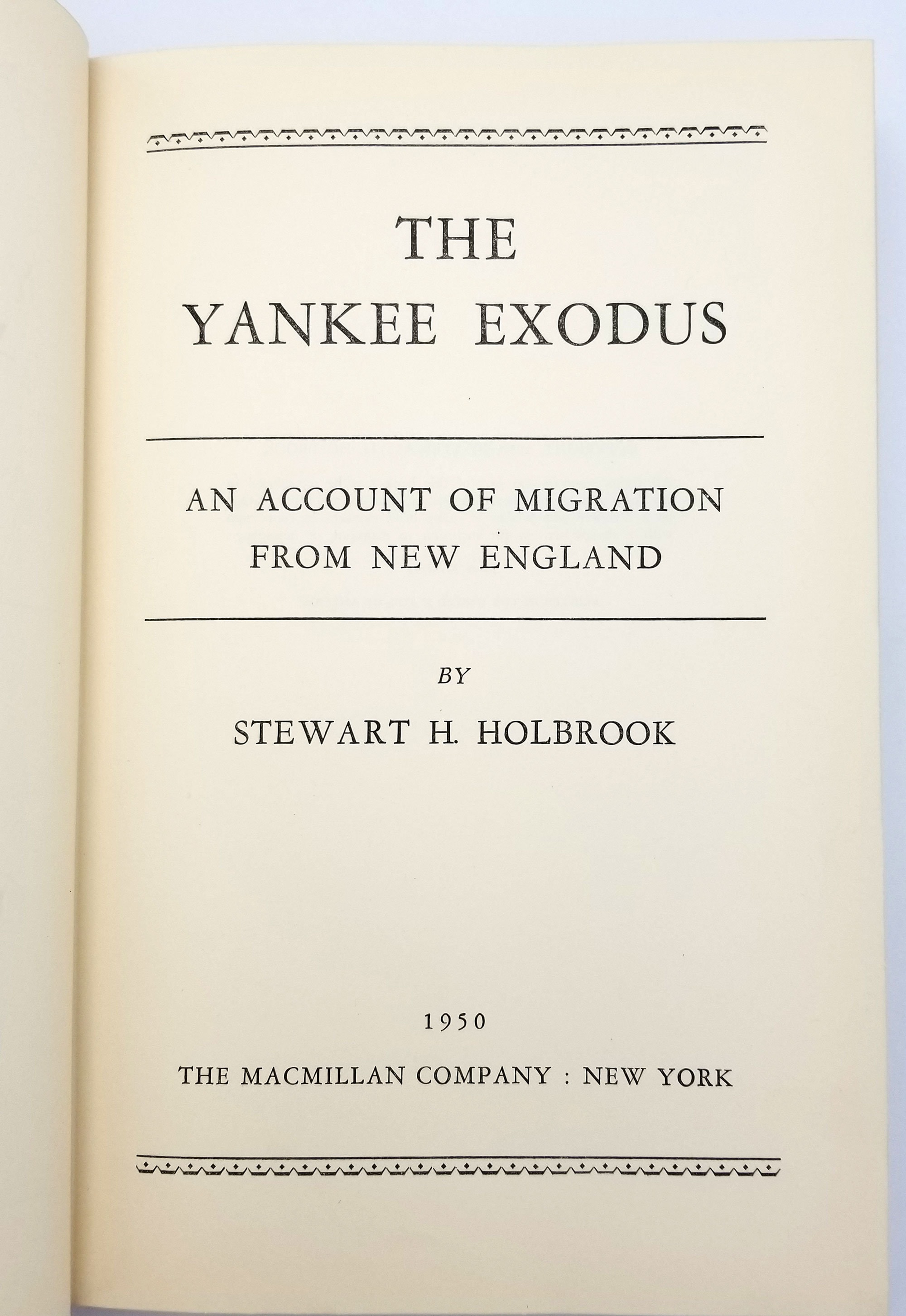 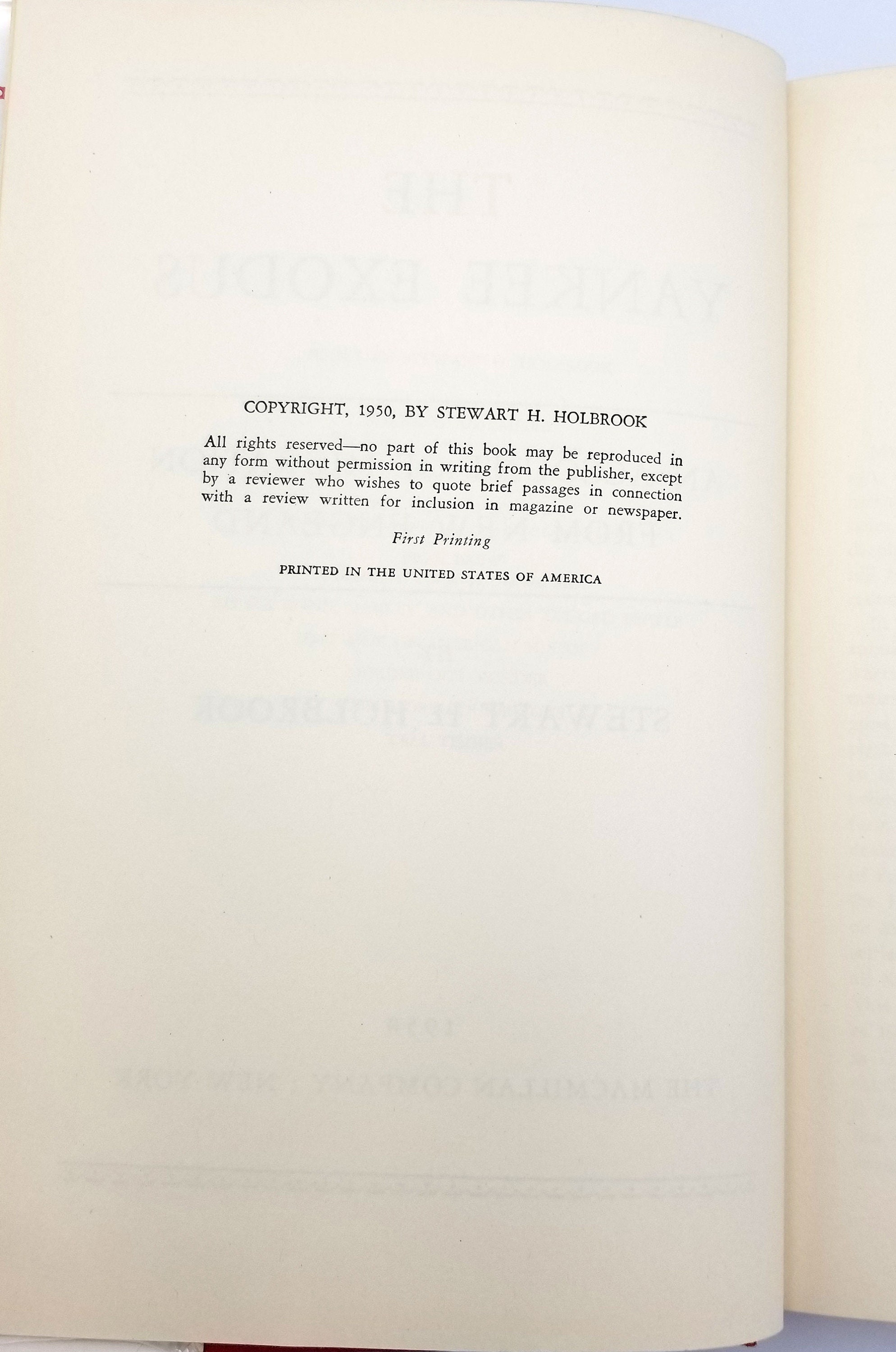 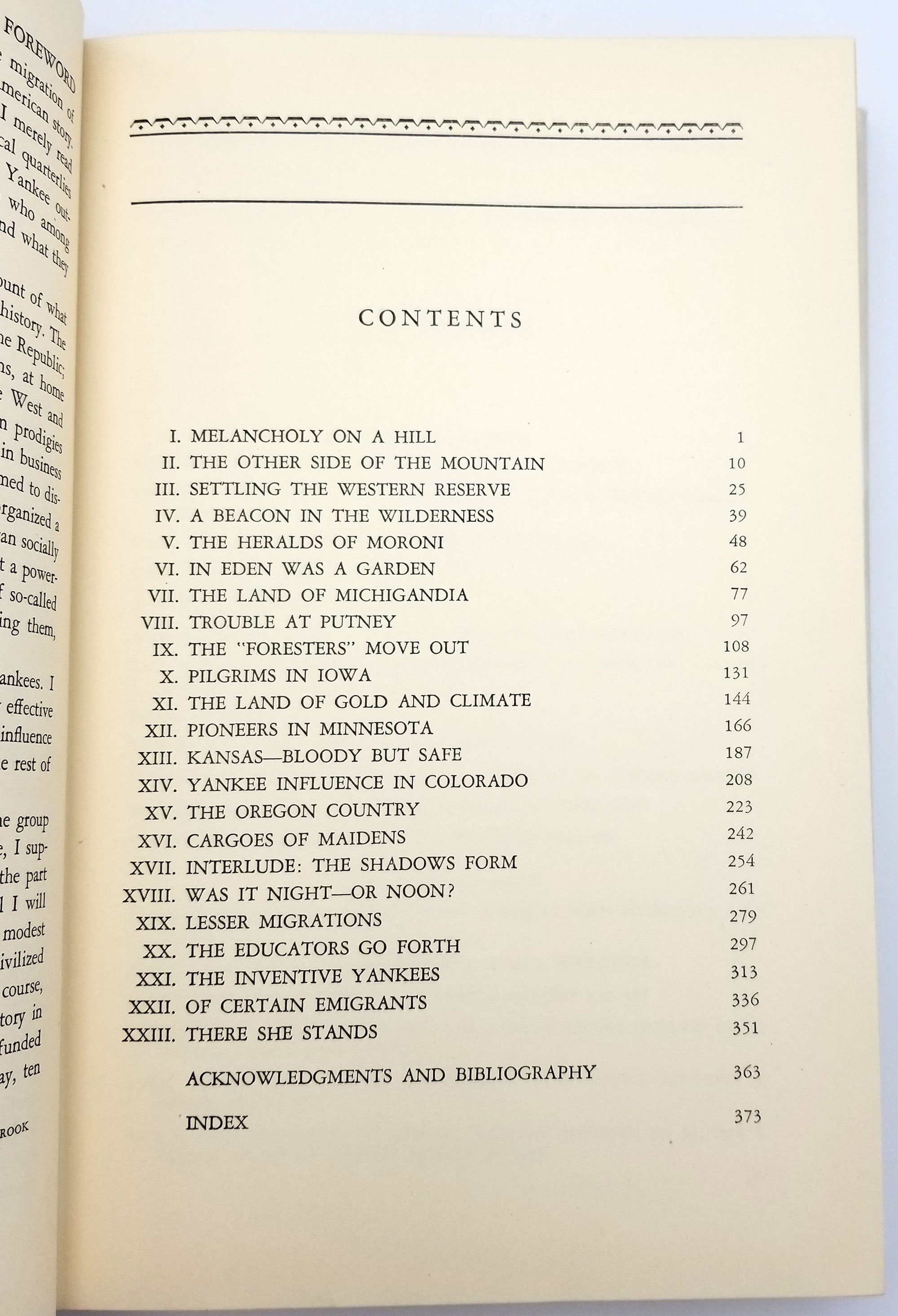 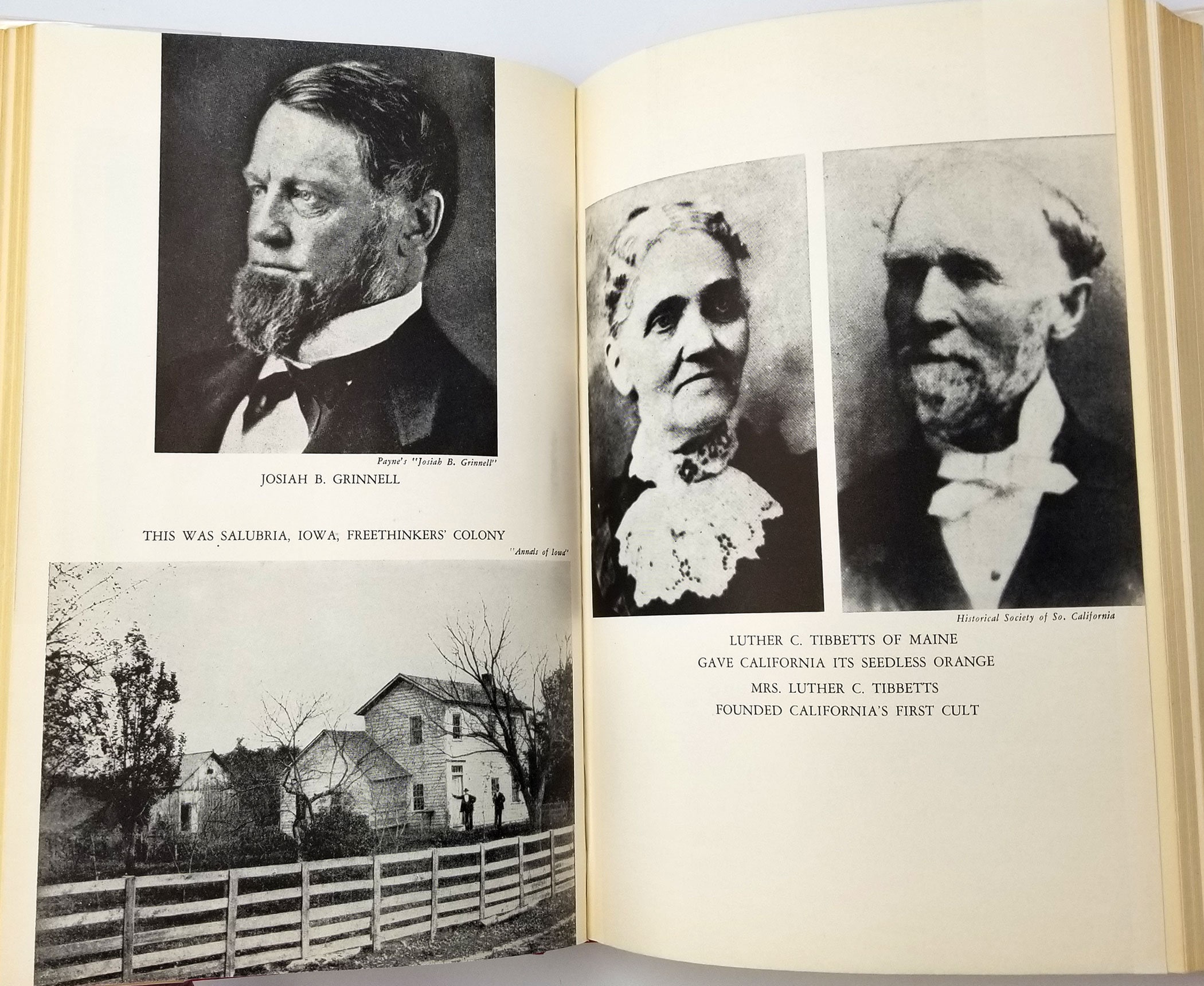 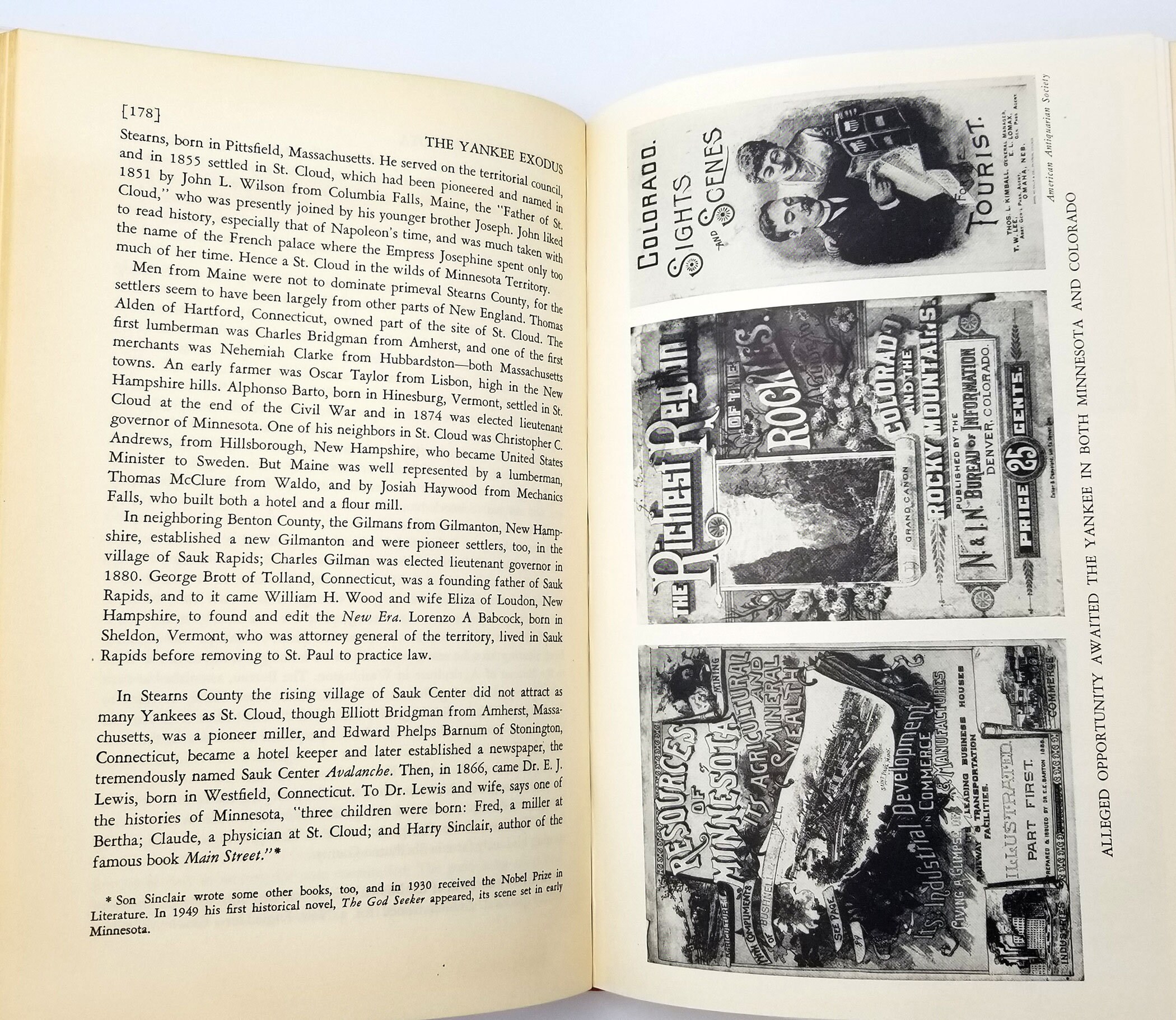 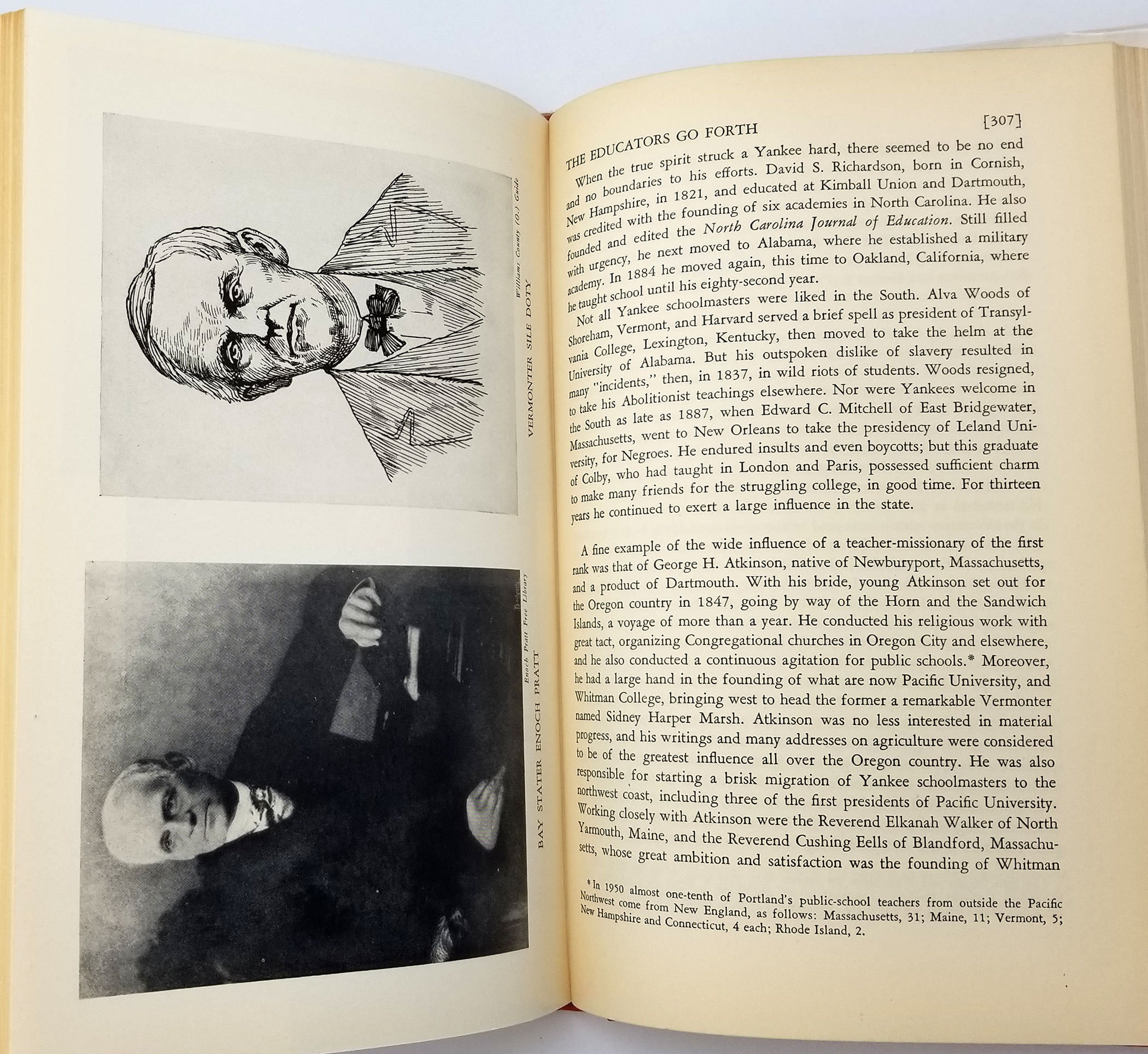 Title: The Yankee Exodus: An Account of Migration from New England

An account of migrations westward by New Englanders since the late 1700's, chronicling in detail their accomplishments and influence on the character of America. Over 2000 Yankees are described or mentioned by name: settlers of towns, pioneer school teachers, cutters of timber, builders of railroads, founders of colleges, governors and senators. The ingenuity and energy of the Yankees is portrayed throughout.

Stewart Holbrook (1893-1964), who was himself a native of Vermont, was a writer and historian whose work primarily focused on the Pacific Northwest.

Inscribed by Holbrook "For my old and cherished friend / Leith Abbott / a native of the Yankee Province / of California." Leith Franklin Abbot (1898-1968) was a 1923 graduate of the University of Oregon School of Journalism. After doing short editorial stints at newspapers in Eugene and Pendleton, he went to work as an advertising man for the Long-Bell Lumber Company. In 1930 he become a publicity director for Southern Pacific Railroad and worked there, at their Portland branch, until he retired in 1963.