Miss Columbia's Public School; or Will It Blow Over? 1871 illustrated by Thomas Nast - US Politics - Humor - Satire - Tammany Hall - Antique 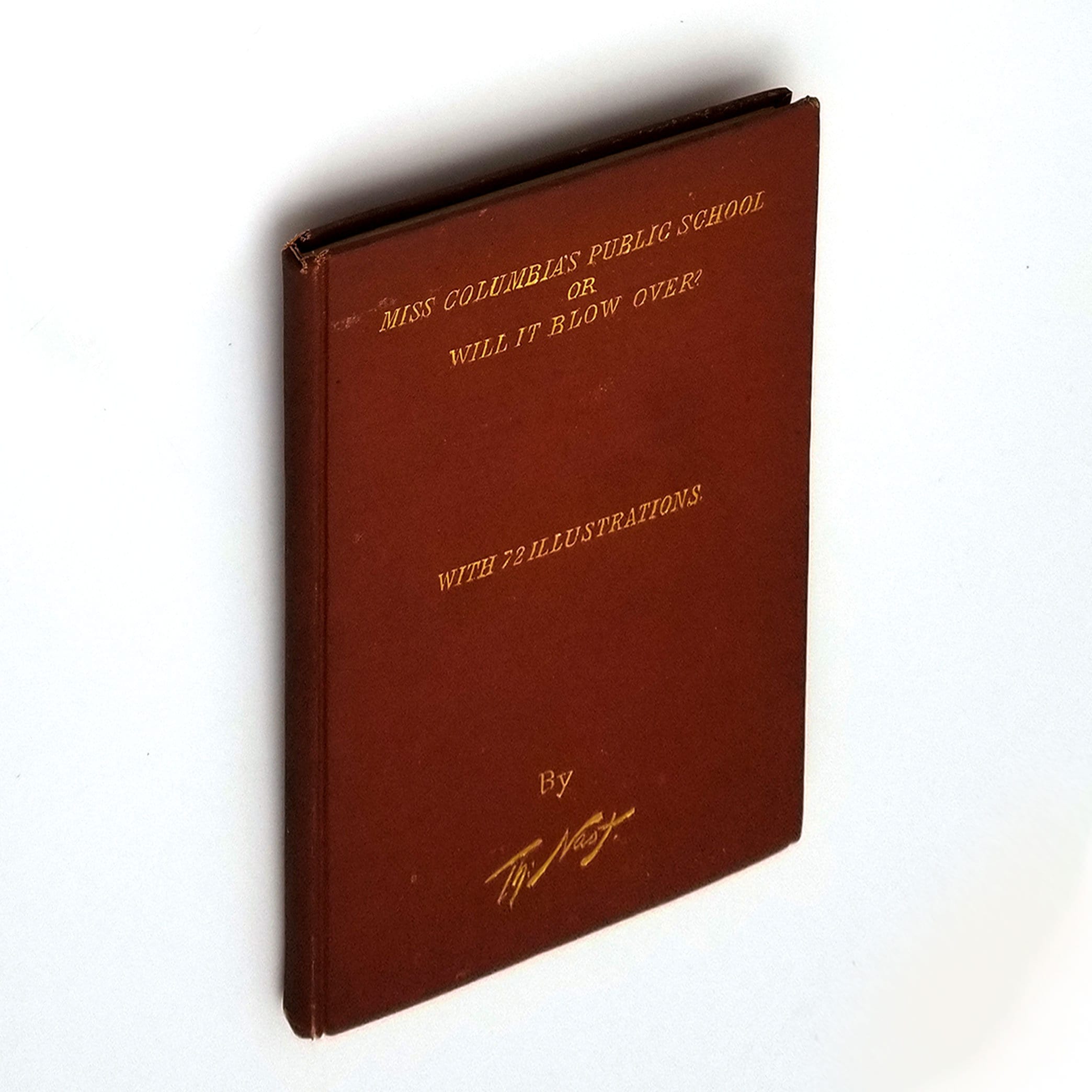 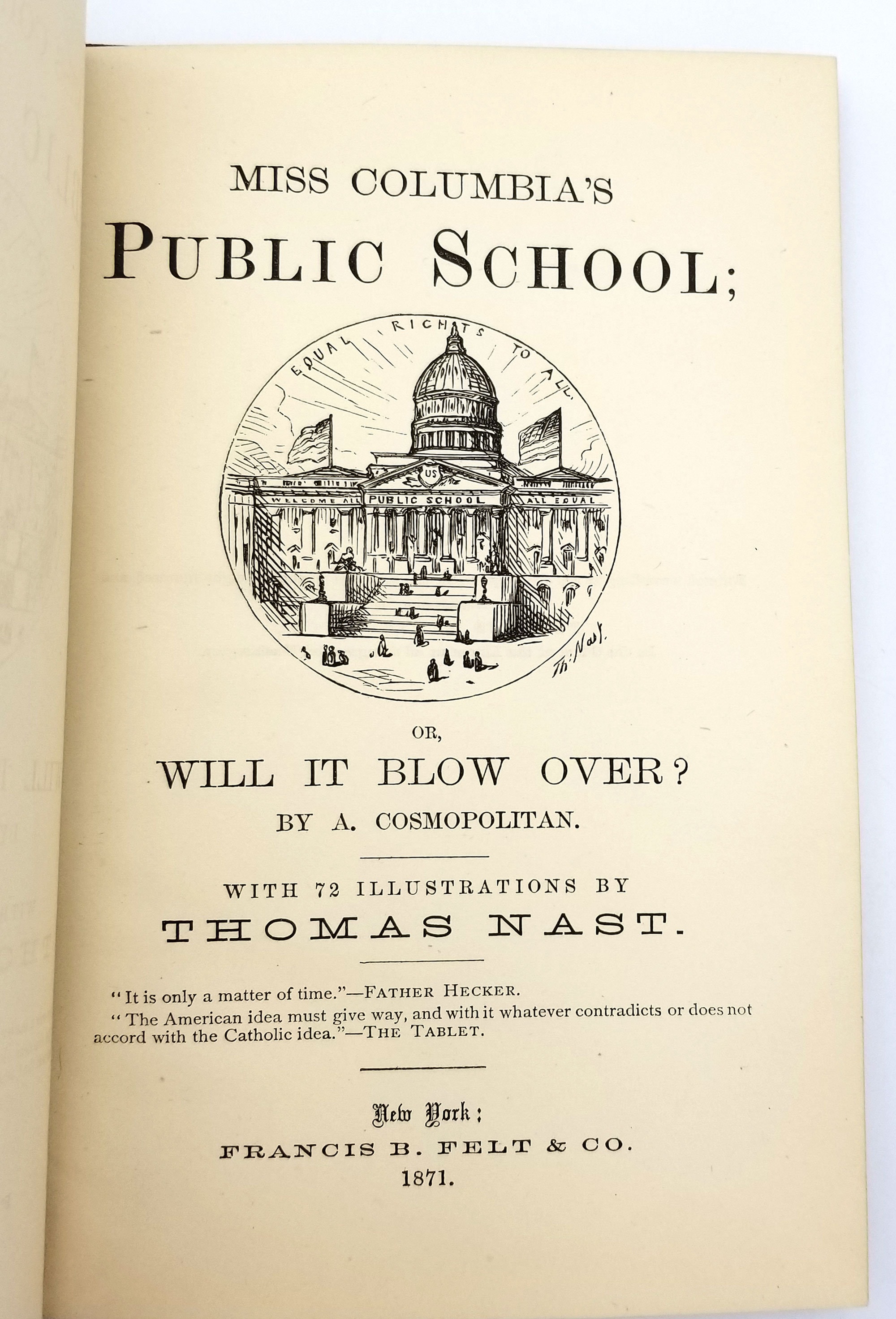 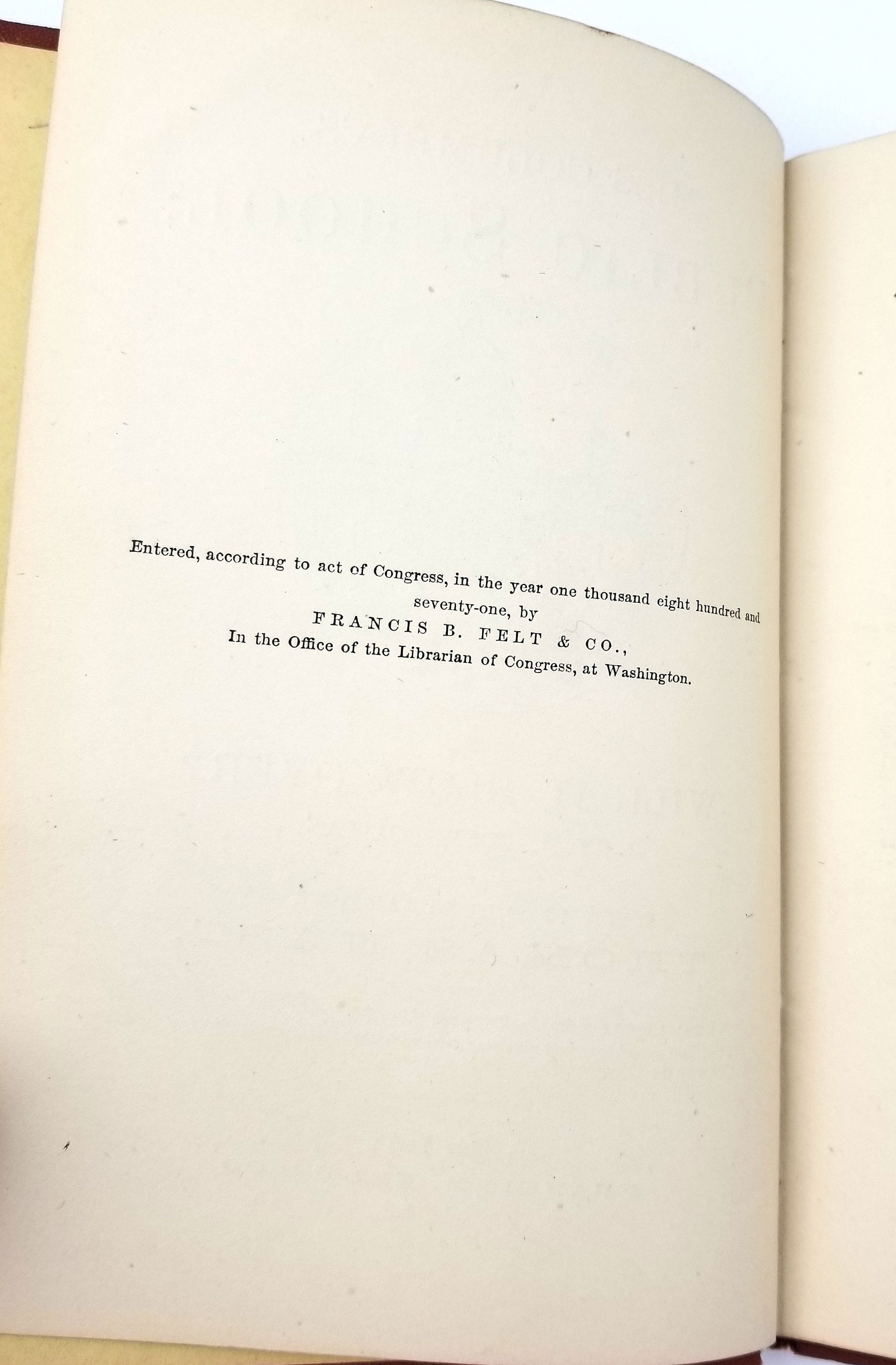 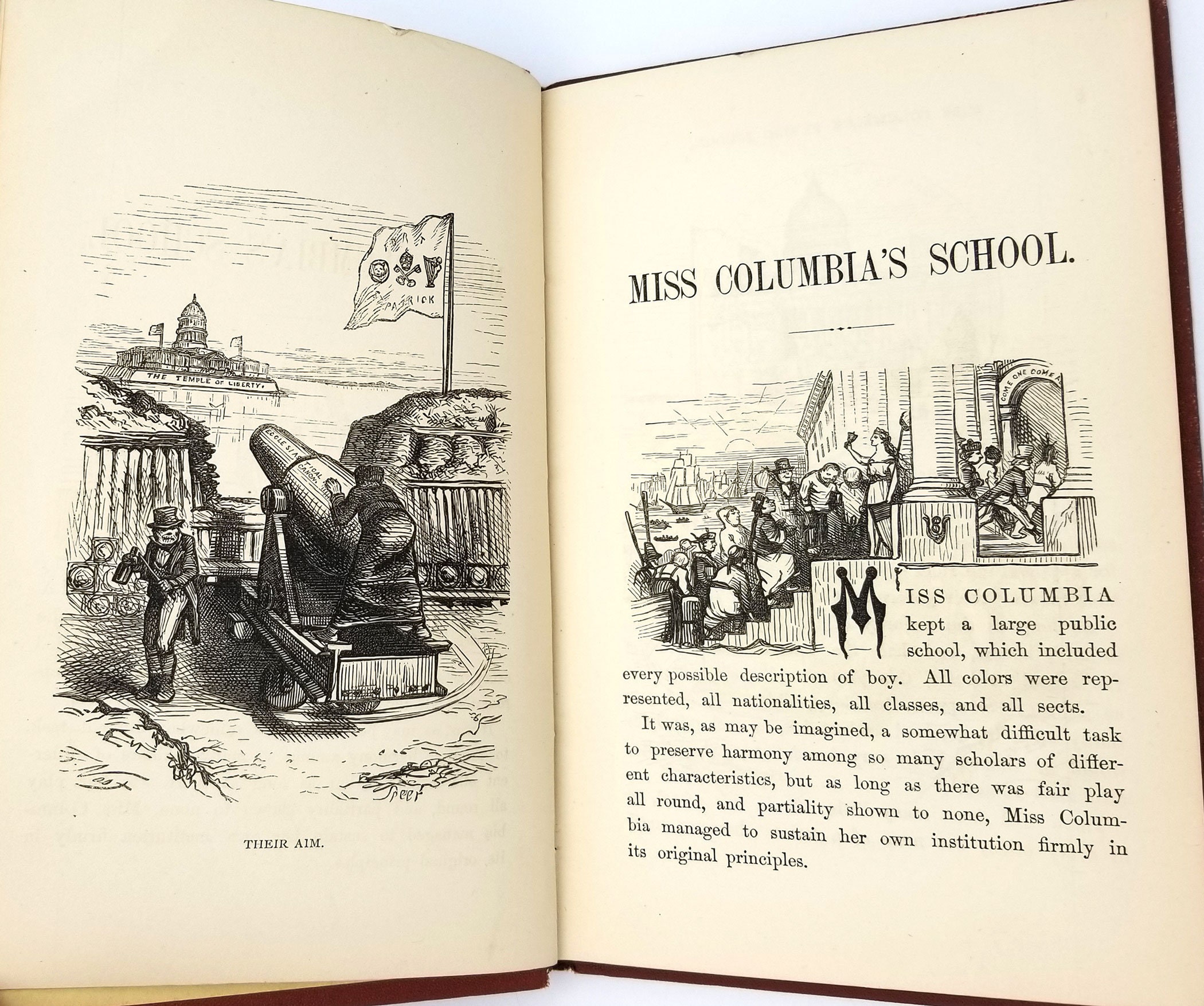 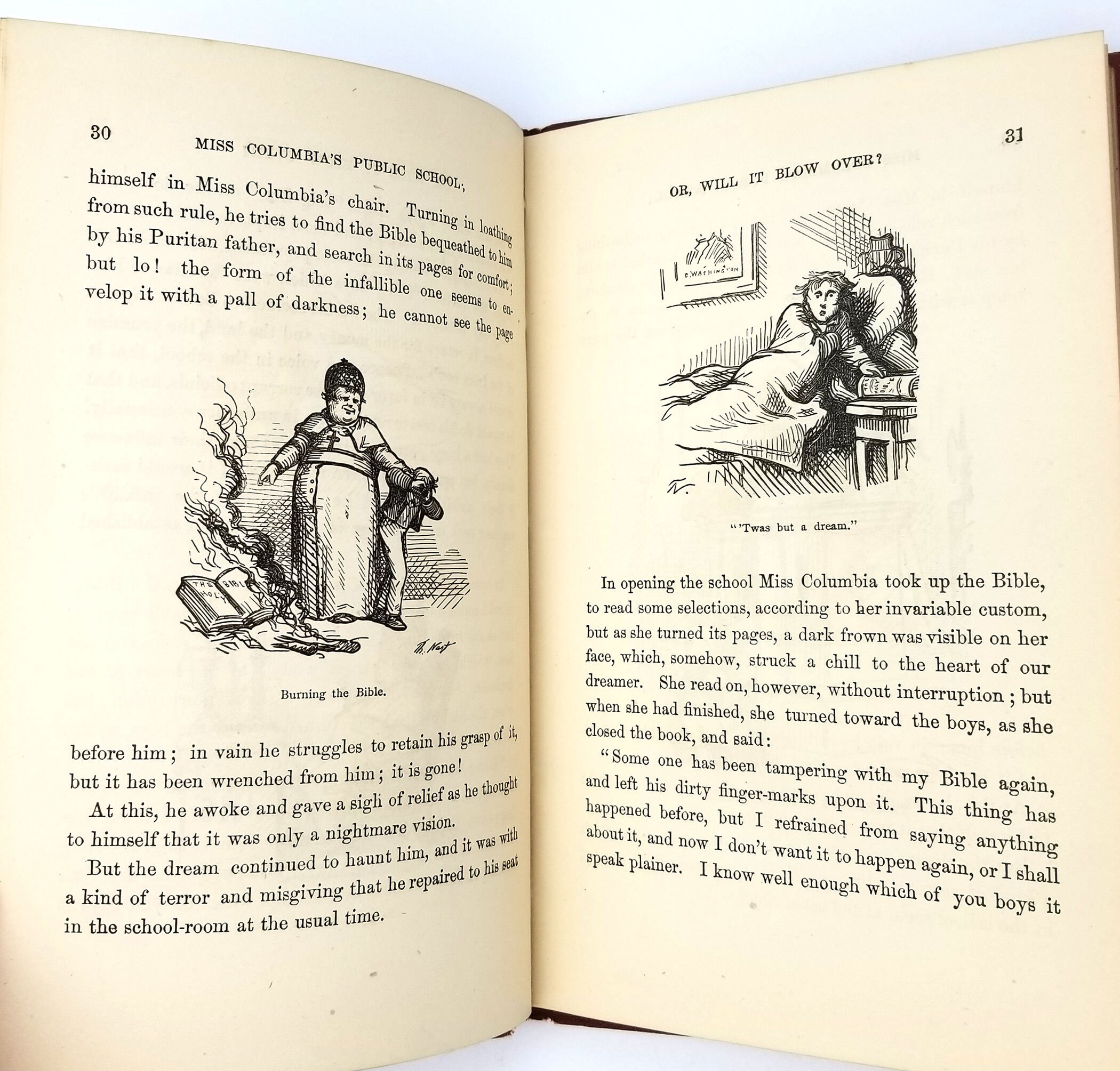 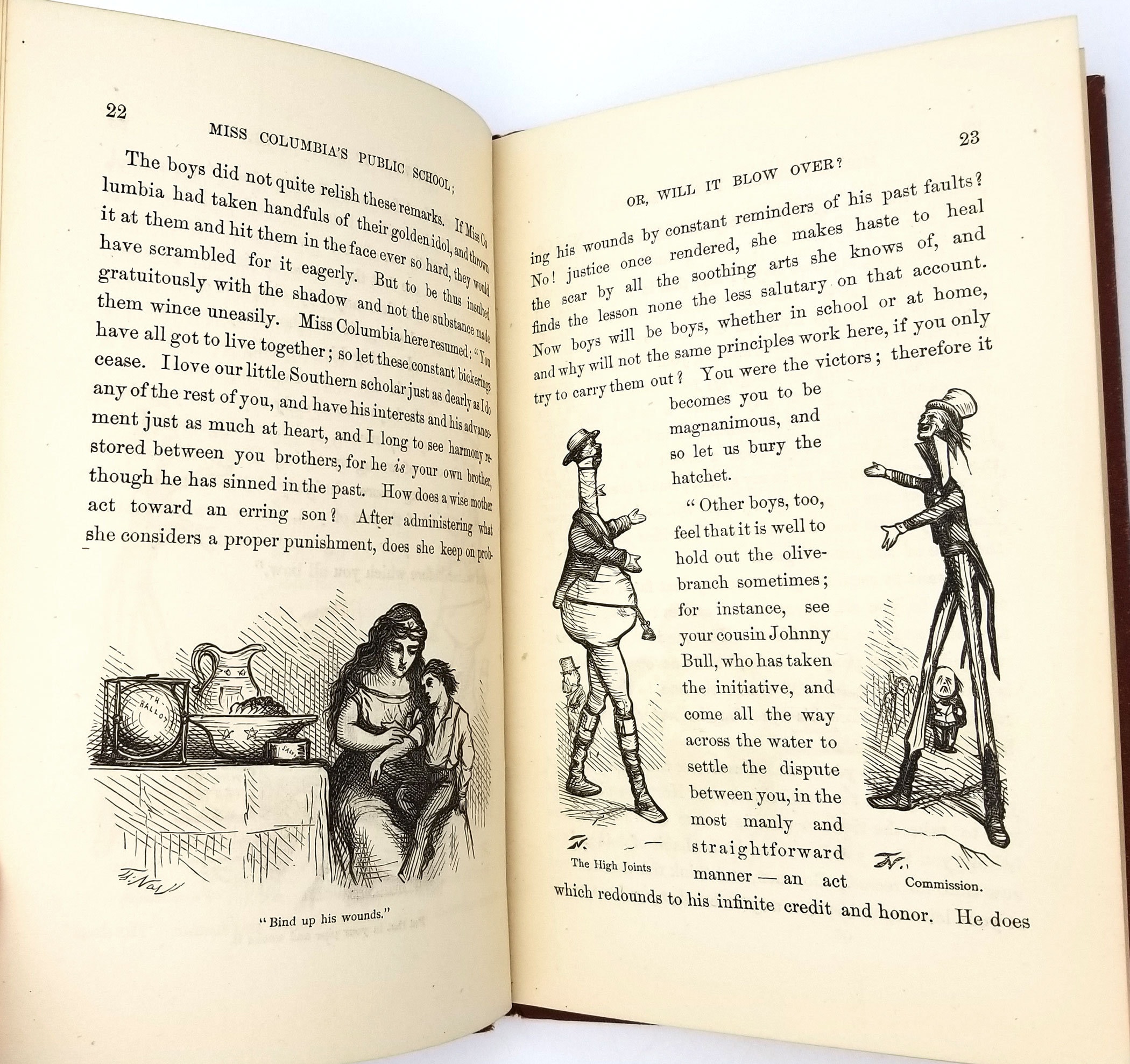 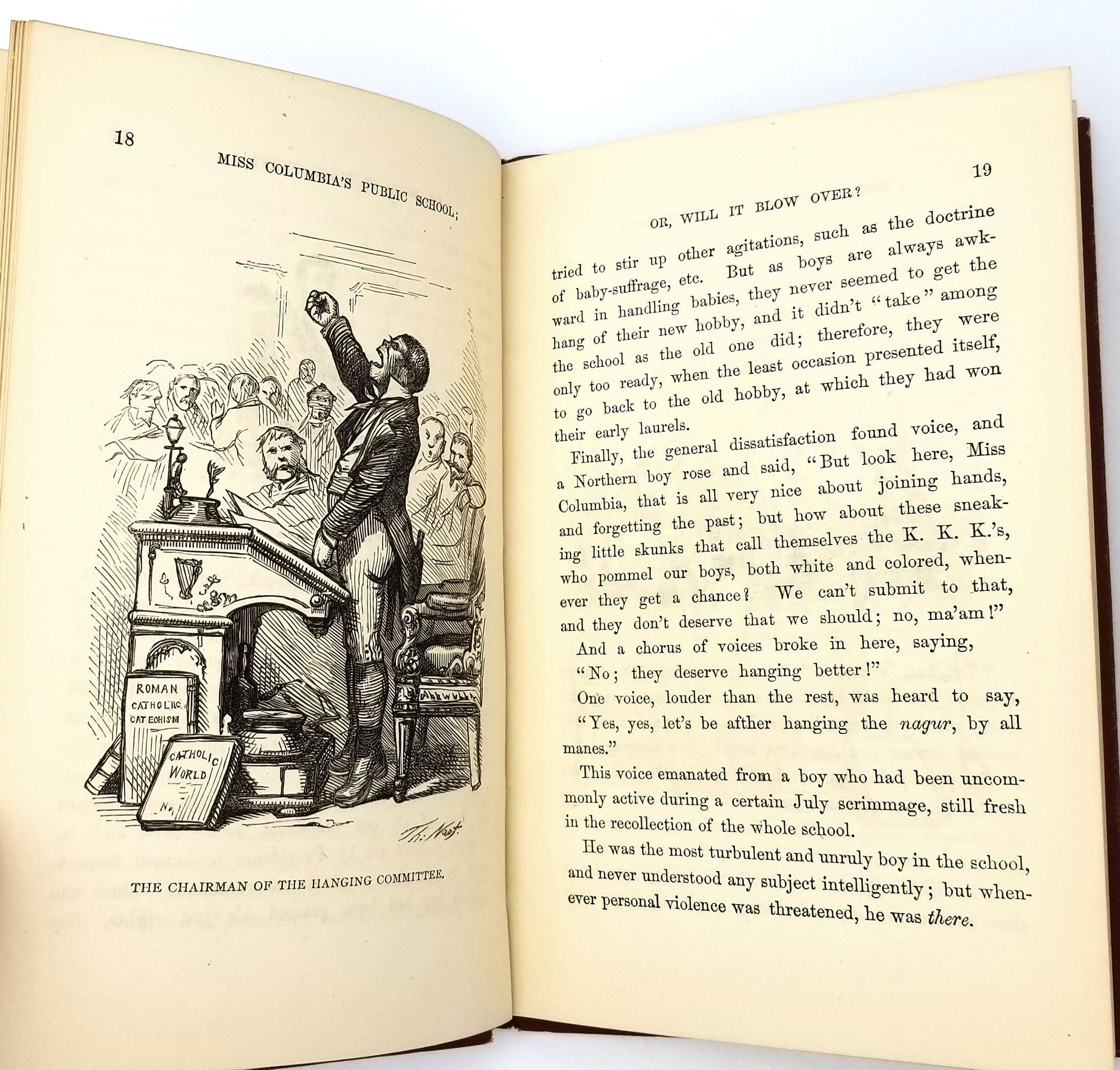 Title: Miss Columbia's Public School; or, Will It Blow Over?

A satire on American politics, published on the heel of the Civil War, casting major players as school children. This is basically an American analogue of Henry William Pullen's The Fight at Dame Europa's School, which satirized the Franco-Prussian War. Both were published by Francis B. Felt in 1871 and illustrated by Thomas Nast (1840-1902).

Miss Columbia's Public School addresses the Civil War, the KKK, the Jesuits, Tammany Hall, the Democratic Party's political machine, and other political and social tensions of the time, both national and international.