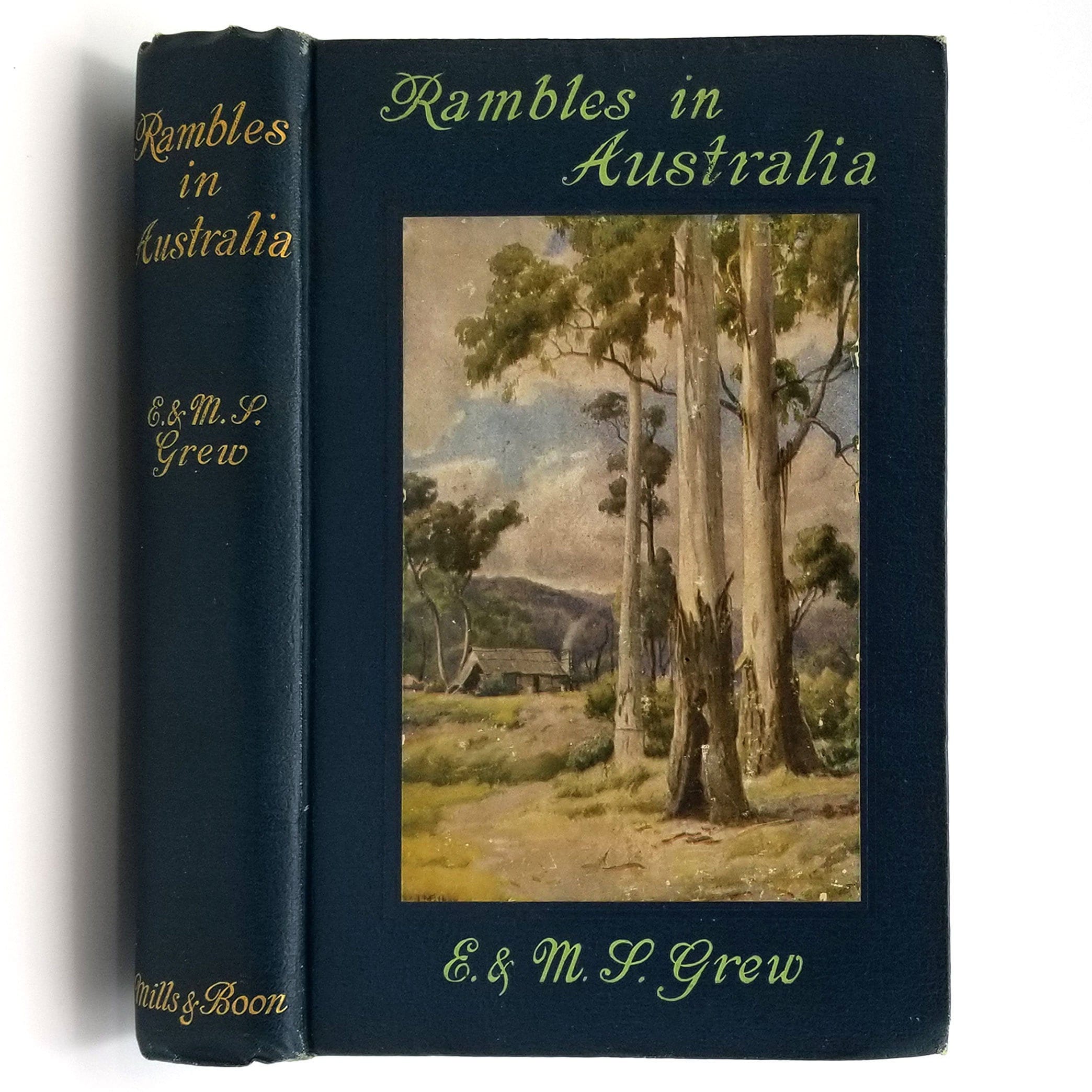 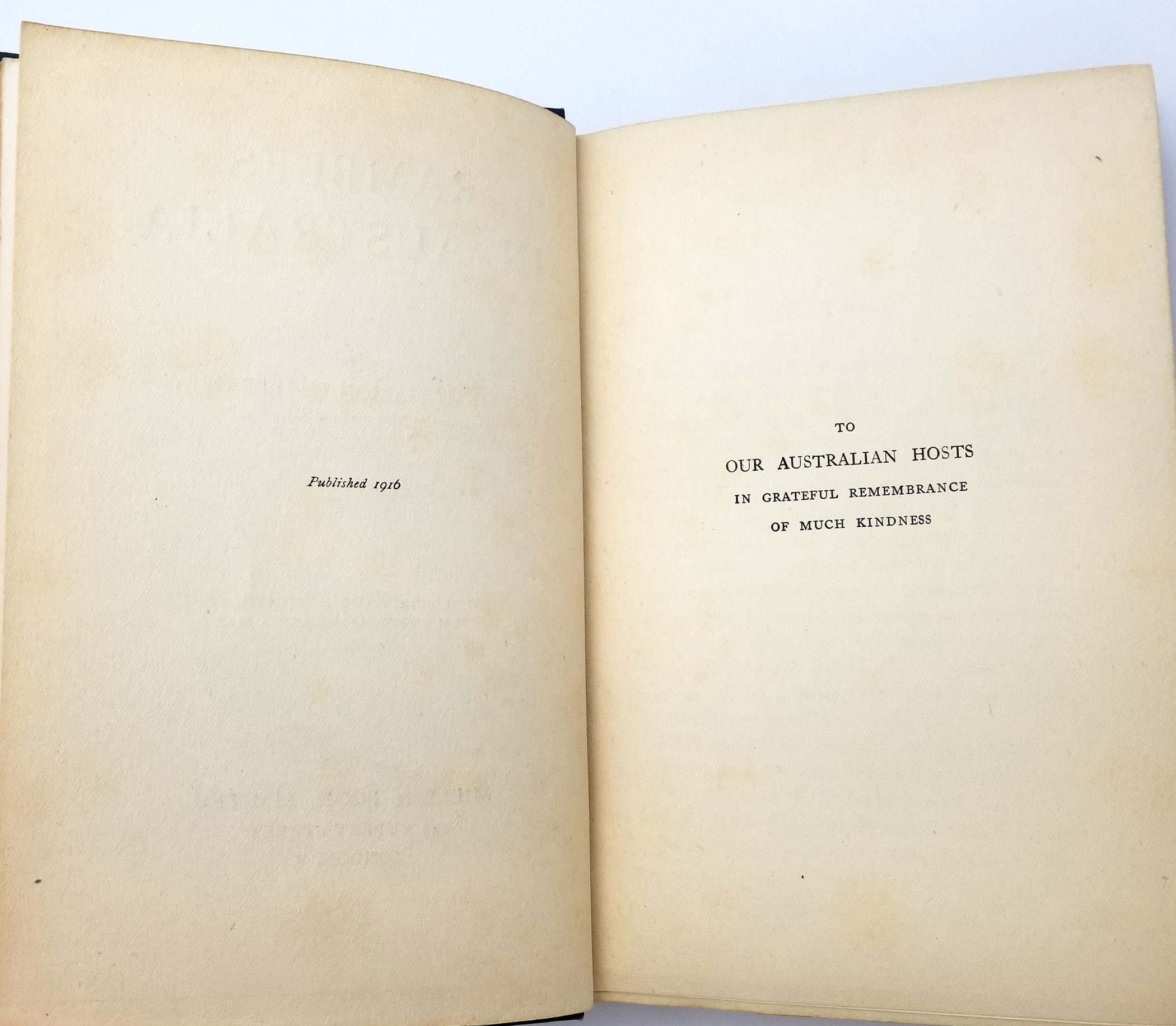 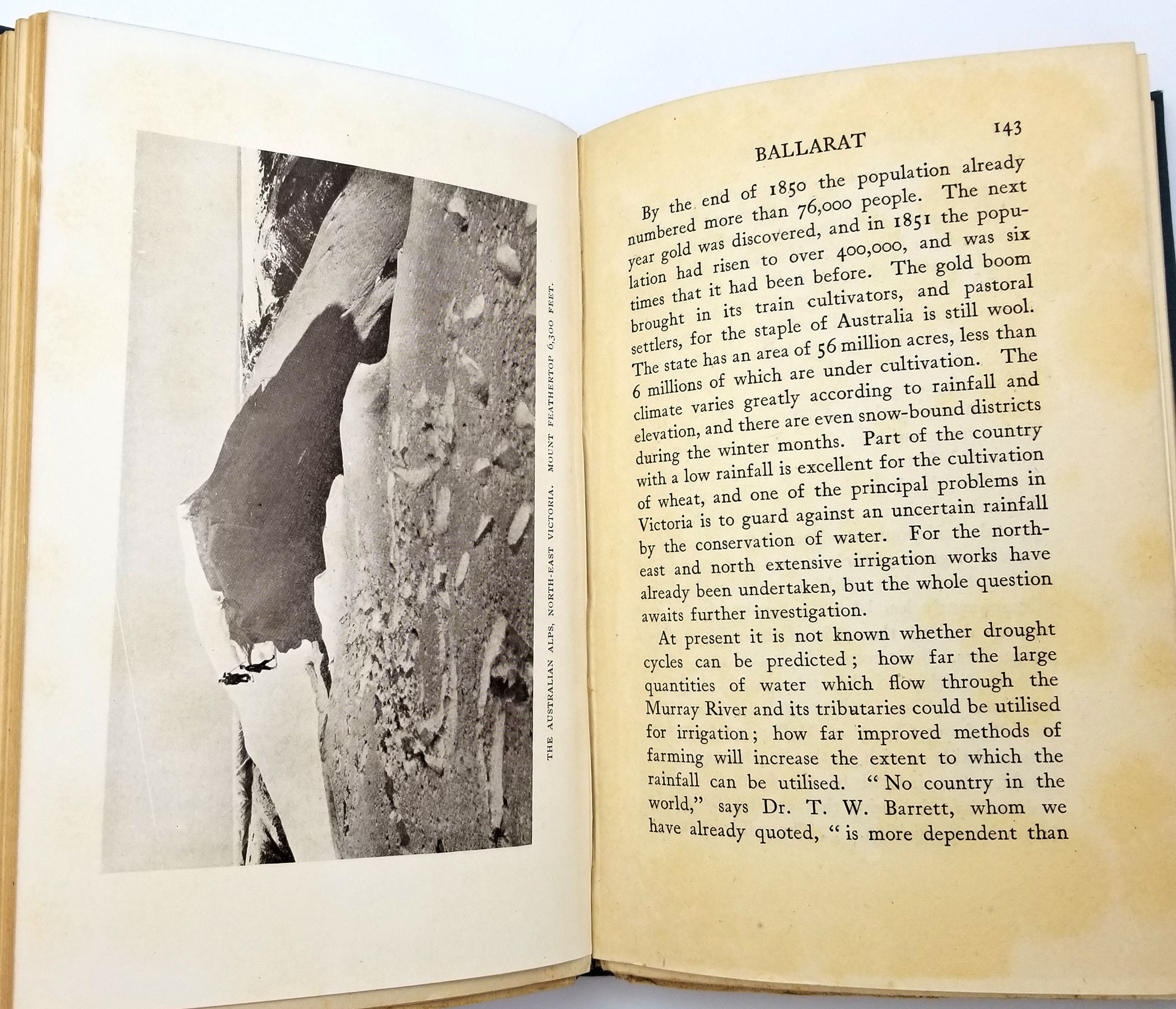 Description: Forest green boards with gilt lettering on spine; the front has light green lettering and a paste-on pictorial showing of a rural cottage scene. Corners pushed; light edgewearl. Previous owner's name and lightly erased pencil price on ffep; the title page and a few other pages (those adjacent to the illustrated plates) are foxed; pages are generally clean. 32 plates with photographic illustrations and a map. xii, 292 pp. 7.5 x 5.25 inches. Published as part of Mills & Boon's Rambles Series.

1916 travelogue of a journey across Australia which was made by the authors made between July and September. In a lively fashion it conveys a diverse impression of the country itself, its landscapes, its social environment and cultural atmosphere. It also touches on some historical and political aspects.

Contents: Part I: Western Australis (The Land of the Unlatched Door; First Impressions; Perth: A Paradise for the Working Man; In the Bush; Agriculture and Gold). Part II: South Australia (A Bird's-Eye View; Adelaide; Compulsory Training and Social Life in Adelaide). Part III: Victoria (Collins Street-Melbourne; Social Life in Melbourne; Ballarat; The Black Spur). Part IV: New South Wales: (Sydney Harbour; Sydney and Its Neighborhood; The Blue Mountains and a Bush Picnic). Part V: Queensland (Banana-Land; The Beginning of the Tropics; A Day in the Queensland Bush; In and About Brisbane). Part VI: The Northern Territory (The Great Barrier Reef; The Northern Territory).